The Real Madrid basketball team received a major boost in 1952 with the arrival of Raimundo Saporta. The administrator was a visionary who provided the team with resources and helped shape its identity. Among his many merits, he entrusted another Spanish basketballing genius, Pedro Ferrandiz, with taking charge of the team. Together they built a Madrid side that would win in Spain and Europe. 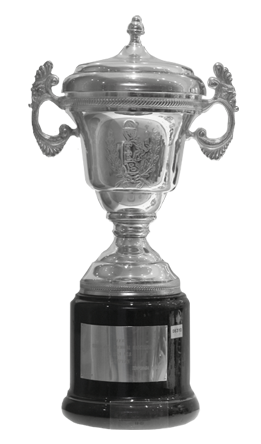 In 1952, to mark the club’s Golden Jubilee, Santiago Bernabéu  wanted to organise a great basketball tournament. Jesus Querejeta, the president of the Federation at the time, recommended that he talk with a young administrator, Raimundo Saporta. The tournament was such a resounding success that the president of the Whites immediately grasped what it meant for Real Madrid.

Saporta was an important figure in all the different areas of the club, but basketball had a special place in his heart. He spearheaded the creation of the National League (1957) and the European Championship Cup (1958), competitions in which his club triumphed. His philosophy always attracted the best. His dream was that the basketball team would match the football team’s success.

During this period another hugely important man in the basketball team’s history made his way to Real Madrid, Pedro Ferrandiz. After training with the White’s youth academy, the Alicante native took charge of the first team for the 1958-59 season. Shrewd and intelligent, he knew how to make Saporta’s ambitious dreams for team a reality. He won four European Championship Cups, twelve League Cups and eleven Copas de España (Spanish Cups) during his thirteen seasons on the Real Madrid bench.

In 1952 Real Madrid moved to the Frontón Fiesta Alegre, which was also known as Jai Alai, which acted as the team’s home for nearly fifteen years. It was a small building that held 2,500 spectators, and where the team played on a two-walled Fronton (Basque Pelota) court. On matchdays it was like an inferno. The cement court, heat and pressure cooker like atmosphere from the fans, made it a very difficult place for opposing teams to come to. The Fiesta Alegre witnessed some incredible comebacks, especially against European teams.

First steps in the European Cup

Real Madrid made its debut in the European Championship Cup on the 12th of March 1958, and did so as the champion of the National League which was inaugurated a year beforehand. Ignacio Pinedo’s men had no problem getting through the first two rounds of the competition but the run came to an end in the semi-finals. The Spanish government would not allow Madrid to play against ASK Riga for political reasons. As a result, the Soviet team reached the final where it won the first of three straight European Championship Cups. In 1961 the teams met each other in the semi-finals again, but this time Saporta had the idea of playing the game in a neutral venue. Both sides won a game each but ASK Riga’s greater points total meant they went to the final.

Real Madrid’s basketballing progress wasn’t just the result of the team’s ability to sign good players, throughout the fifties the club worked hard on expanding its youth academy. More teams were created and tournaments were organised to attract new talent. The fruits of this new policy were for all to see in the final of the 1960 Copa de España (Spanish Cup). Real Madrid sent Barcelona out in the semi-finals and then met its own reserve team in the final. On its way to the final, Hesperia, led by a young Lolo Sainz, knocked out the previous year’s finalist (Aismalíbar) and the 1958 champion (Juventud Badalona). The ‘more senior’ side ended up winning the title (76-64). The White youth and reserve teams continued to achieve great results and, more importantly, kept providing the first team with good players.