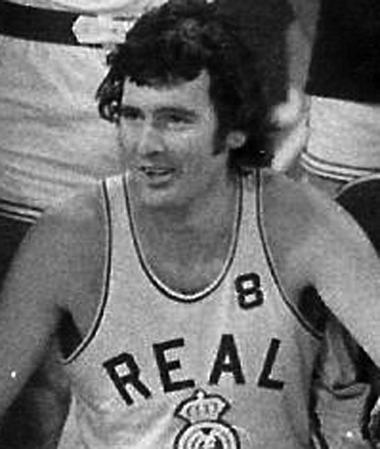 “The letter from Real Madrid”

A letter he received when he was only a child completely changed his life. Vicente Paniagua was playing for Balmes in his native Alcázar de San Juan (Ciudad Real) when Real Madrid asked that he take part in a trial. The club had set its eyes on this talented 17 year-old from La Mancha, a kid who admired Antonio Díaz Miguel, a fellow ‘Manchego’. The passing of time would confirm that Madrid’s scouts were not wrong.

Success is the word that best defines the career of this intense small forward that was almost 2 meters tall. Always putting the team’s greater good before his personal success, Paniagua won many more titles than his boyhood idol. With around twenty titles from his 11 seasons, this ‘Manchego’ is one of Real Madrid’s historical benchmarks.

Many years later he would meet up again with the man responsible for his love of basketball, Antonio Díaz Miguel. The coach rewarded his play and good work with the Whites by selecting him for the Spanish national side, with which he would play on eight occasions. 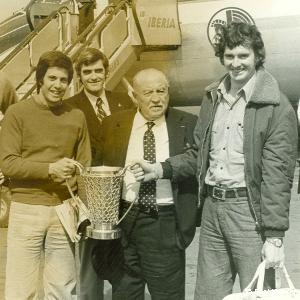