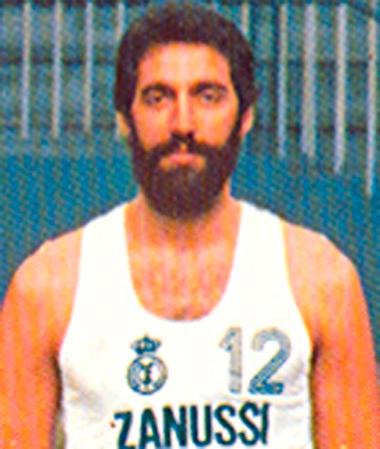 He holds the club record for the most number of appearances with the Real Madrid shirt. Having arrived at the club as an 18 year-old, thanks to the famous ‘Operation Height’, Rullán and Real Madrid formed a perfect couple. Twenty seasons (two in which he alternated the first team with the junior team) and more than thirty titles forged one of the best European centers of the seventies.

If there is a key figure in Rafa’s career that person is Clifford Luyk. The American coach was the Mallorcan player’s teacher. Upon his arrival at the club, he molded him into a tireless winner. His technical skills, great mid-range shot, and his competitiveness, were his distinguishing marks.

His duels with Dino Meneghin (Pallacanestro Varese) in the continent’s top competition were unforgettable. He was victorious on many occasions despite the difference in stature and weight.

The Whites’ center’s extensive career also included the Spanish national side. 161 caps and a silver medal at the 1973 Eurobasket in Barcelona can be found in Rafa Rullán’s trophy cabinet. Only injuries during the latter part of his career forced him to retire. His commitment with the club continues, currently working for the Foundation. 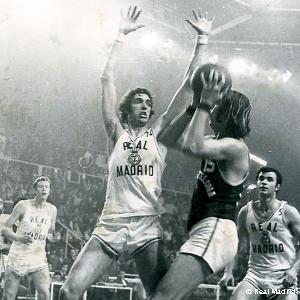