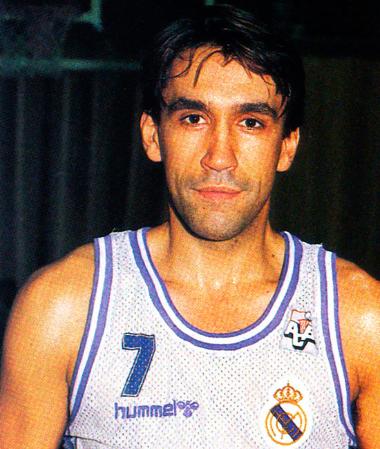 "One of the best shooters in history"

Son of a Russian father and a Basque mother, José Biriukov Aguirregabiria will be remembered as one of the greatest shots in the history of the club. Soviet by birth, ‘Chechu’ had to wait one year to obtain Spanish nationalization and not take up a foreigner’s spot on Real Madrid’s roster. It was well worth the wait. He spent 11 seasons at the club, an offensive benchmark thanks to the effectiveness of his outside shot and his ability to penetrate towards the hoops.

During his junior years he was considered, together with Sabonis and Belostenny, one of the most promising players within the USSR. He played 70 times for the Soviet side at junior level, and participated in 22 friendly matches with the seniors. News of his success reached Real Madrid, who began with the nationalization paperwork. Biriukov ended up playing more matches with the Spanish national side (67) than with his country of origin.

As a Madrid player he has a brilliant record, topped off with the Euroleague victory in his last season before retirement (1995). He averaged 13.1 points throughout his ACB career, with a 40% three-point shot success rate. This percentage is very significant because Biriukov had a strange but effective shooting mechanism. With his three-point shots the ball reached the hoop flat, almost with no arch. 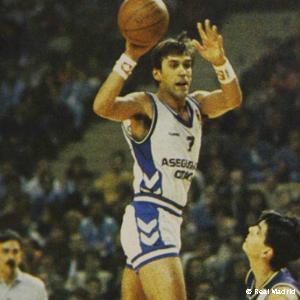