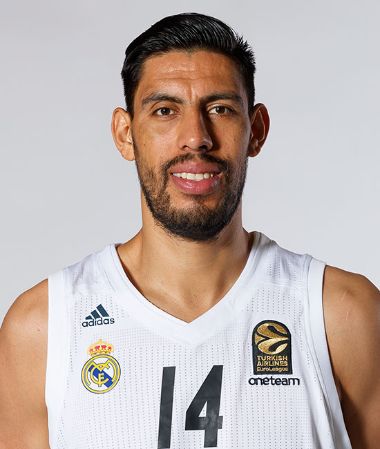 The starting center in the five-trophy season

Gustavo Ayón is one of the greatest centers to have ever played for Real Madrid. His signing for the club served to raise the quality of the team's inside game. With him in the paint, Madrid once again reigned supreme in Europe and between 2014 and 2015 enjoyed a legendary five-trophy season (EuroLeague, Intercontinental Cup, the league, Copa del Rey and Super Cup).

The Mexican was pivotal in the team's Décima (10th European Cup) triumph in Madrid, posting 18 points and a PIR of 30 in the semi-final match-up against Fenerbahçe. He was also a key player in the 2016 Copa del Rey success in A Coruña, where he was named tournament MVP.

A very consistent center, both on rebounds and scoring, he offered commitment, sacrifice and reliability under the basket every time he took to the court, whilst he was a key figure in the paint. He clocked up 340 appearances for Real Madrid and captured 12 trophies in his five-season spell.