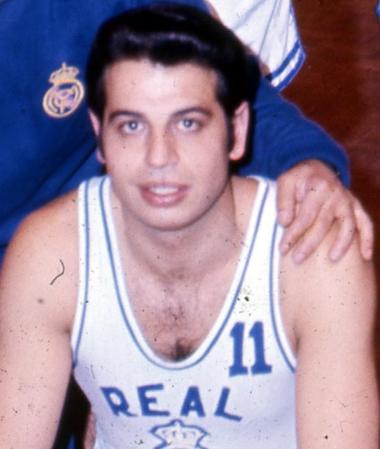 “The definition of counterattacking”

He commenced as a center, a few years later he became one of the fastest players in Europe, and he finished his career as a point guard. Promoted from the reserve side (Hesperia) in 1959, Carlos Sevillano spent 11 seasons with the Whites’ first team, working his way towards an impressive array of titles.

He will always be remembered for the speed with which he executed counterattacks. According to him this was because his team-mates were a sure thing with the rebounds. He was Real Madrid’s captain when it won its first four European Cups, attained within a five-year period. Sevillano was always a permanent fixture of the national side, winning 96 caps.

A serious knee brought his career to a sudden halt during the 1967-68 season. He ruptured his patellar tendon and spent almost all season on the sidelines. On his return to the courts he was no longer the same player. A few months later he decided to retire. Real Madrid and the Spanish Federation paid tribute to this giant of national basketball at the Christmas Tournament of 1970. Nice ending for an enormous player. 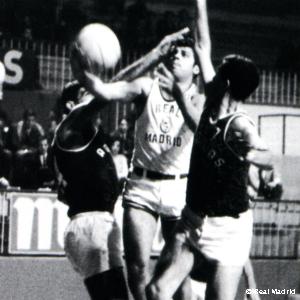