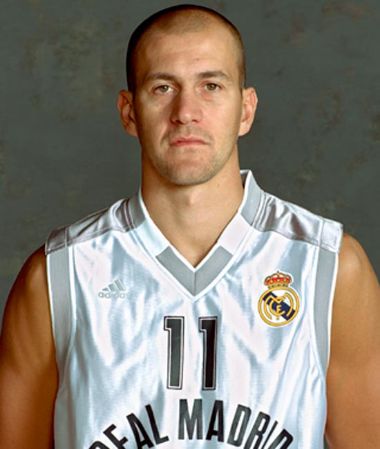 “The gentleman of Spanish basketball”

He was a small forward that marked an era in Spanish basketball, with a perfect shooting technique and the capacity to direct play, defend and control the tempo of the game as none other. Herreros became the go-to guy, the man who would take on the responsibility in decisive moments. An ideal team-mate, he ended up being the perfect captain for the Madrid team of the late nineties and start of the 21st century.

Shaped at the Estudiantes’ youth teams, he arrived at the Whites to mature and attain his greatest successes as a professional. Vital in winning titles, fans still remember his three-pointer in Vitoria that gave Madrid the 2005 ACB League title. With a few seconds left on the clock in game five, he received the ball in the corner and hammered home his trademark three-pointer. It would be a magnificent finale to his career.

The ACB League’s all-time highest scorer, his prodigious wrist also helped the Spanish national side taste success once again. His two Eurobasket silver medals (1999, 2003), and participation in two Olympic Games (Sydney and Athens), are a magnificent result after 159 international caps.

After retiring he joined Real Madrid’s basketball coaching staff, where he continues to be an example for future generations of players. 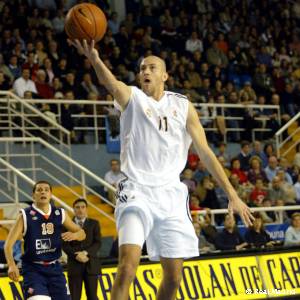