Third win of the week 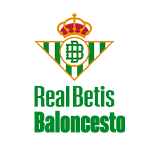 Real Madrid defeated Real Betis away in the league to make it six wins in 17 days.

Real Madrid rounded off a fine week with another victory to add to those secured against Valencia Basket and Partizan in the EuroLeague. The Whites, who have strung together six wins in the last 17 days, overcame Real Betis on the Andalusian team’s court, the scene where Madrid were crowned Spanish Super Cup champions two months ago. Chus Mateo’s charges largely dominated the clash, with one of their best defensive displays of the campaign (55). Tavares (9 points, 10 rebounds, 6 assists and 22 in PIR), Deck and Sergio Rodríguez (10 points apiece) were the team’s standout performers.

The madridistas’ return to Sevilla’s San Pablo began with a three-minute spell of dominance by Betis who moved 7-2 ahead. Chus Mateo‘s men gradually improved in the first quarter as they fixed their earlier flaws to play with more fluency and effectiveness.  The Whites stopped turning the ball over and began to dominate the rebound, turning defence into attack efficiently. Deck (8 points and 3 assists) and Tavares (7 and 4 rebounds) spearheaded the side to produce an 8-21 scoring run (16-23, min.10).

Madridistas in control
The Whites were now in control of the proceedings. Another scoring run at the start of the second quarter (2-10) was put together courtesy of three-pointers from Causeur and Hezonja and Sergio Rodriguez’s dictation of play, which allowed Madrid to open up a 15-point lead in the 14th minute (18-33. The visitors then kept the hosts at arm’s length, inspired by the fierce Tavares (17 in PIR at the break), and frustrated Betis on the offensive rebound, despite the introduction of Evans (26-39, min.20).

Real Madrid’s general dominance of play continued after the restart. The Whites had to dig deep in defence in order to close out Betis, who looked to do their damage from the three-point line. Chus Mateo’s side gradually increased their lead to ease the pressure. In the third quarter, the Tavares-Cornelie partnership in the paint led Madrid to a 19-point advantage. An alley-oop by Sergio Rodríguez set up Poirier for a dunk to bring the penultimate quarter to a close (37-53, min.30).

Madrid’s best defensive display
The Whites put the game to rest in the opening exchanges of the fourth quarter. Two three-pointers from Sergio Rodriguez and another by Hezonja increased their lead to 20 points (41-66, min.33). The Andalusian outfit briefly fought back courtesy of three-point plays, but Madrid remained solid and refused to drop the intensity at the back to record their best defensive display so far this season. They only conceded 55 points, one fewer than in the game against UCAM Murcia on the previous league matchday (55-73, min.40).