Fifth win on the bounce for Castilla 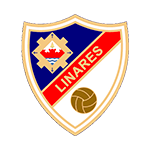 A great goal by Arribas and another from Dotor secured the spoils against Linares to move the academy side up to thrid.

Real Madrid Castilla secured a fine victory away at Linares on matchday 13 of the Primera Federación. Arribas, who has found the net in his last three matches and has now scored eight goals in the league, put the academy side ahead in the fifth minute with a wonderful strike into the top corner. His goal set the Whites on course for victory as they defended resolutely against the hosts who went in search of an equaliser. On 74’, Dotor doubled the madridistas’ lead and sealed the three points for Raúl’s men, who won their fifth game on the bounce to move up into third position in the table.


Castilla played at high intensity from the kick off and carved out their first chance in the 2nd minute when Dotor’s headed effort missed the target. Soon after, Arribas got his name on the scoresheet for the third game in a row to put the visitors ahead. The Madrid top goal scorer produced another moment of magic when he curled into the top corner of Ernesto’s goal after the ball rebounded to him inside the area (5’).

After a good spell by the madridistas, which saw them go close to doubling their lead, Linares pushed forward in search of an equaliser. De Luis came to the visitors’ rescue on 16’, producing a fine save to deny Samu Corral at point-blank range. By this stage the game was wide open, and Castilla almost went two goals up in first-half stoppage time when Dotor burst down the left flank, but his cross was just ahead of Álvaro.

Dotor seals the victory
After the restart, the game continued in the same pattern of play. Linares kept applying the pressure, but the Madrid academy side managed to create some chances on goal. De Luis once again saved his side, this time getting down low to divert a header by Rodri in the 67th minute. The hosts then had a goal ruled out for offside (73’), before Dotor latched onto a clearance by the home defence to smash the ball into the back of the net and secure the spoils for the madridistas. In the final minutes, Linares had the chance to reduce the deficit from the penalty spot, but the spot-kick was fired against the crossbar by Lolo González (86’). Castilla hung on to secure a vital three points and maintain their winning streak.