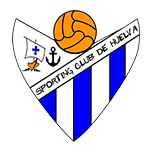 An Athenea goal enough to take the three points at the Nuevo Colombino.

A 1-0 win for Real Madrid against Sporting Huelva on their return to league action after the international break. Nahakari’s pass found Athenea who scored in the first half for us to take the three points at the NUevo Colombino. Still unbeaten away from home this season, Alberto Toril’s side now have six wins under their belts in the league.

Real Madrid began on top. The sixth minute provided a chance for Athenea, whose attempt at the near post was pushed wide for a corner. Half an hour later, the Madrid pressure would bear fruit in the form of a goal. Olga crossed for  Nahakari to receive, she brought it down and laid it off for Athenea to hit home (34th minute).

Although a handful of clear chances, the scoreline was not to change in the second half. Sporting Huelva came close to equalising in the 46th, but Ana de Teresa, alone in front of Gérard, shot wide. Madrid continued to threaten looking for a goal to put the game to bed but Meršnik kept them out on several occasions. Gérard saved a double chance for the home team in the 69th minute, first tipping Castello’s shot onto the crossbar and then blocking a point-blank range rebound shot. An away win for Real Madrid ahead of their visit to Chelsea in the Women’s Champions League (Wednesday, 9pm CET).