72-56: Victory over Crvena Zvezda at the WiZink Center 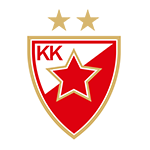 Real Madrid had to work hard to defeat Crvena Zvezda in the last of two EuroLeague fixtures this week. Chus Mateo’s men led throughout the matchup and produced a dazzling display at the WiZink Center to record their second win in the European competition. Deck was the standout performer, with a solid defensive display, 12 points and a PIR of 22. Musa and Sergio Rodríguez were also instrumental.

Chus Mateo's charges put on a strong performance and took the initiative from the very first play. Spearheaded by Deck (5 points), Abalde (5) and Cornelie, the madridistas benefited from some clinical outside shooting to take an eight-point lead in the fifth minute after a 6-0 run. The Serbians struggled to cope with a Madrid team that played very aggressively in defence and made the most of this characteristic to pull away on the scoreboard with Cornelie rampant and Sergio Rodríguez instrumental (5 assists). Musa and Poirier capped off a perfect first quarter (25-10).

Crvena Zvezda hit back
Both sides battled hard in the early stages of the second quarter, with Crvena Zvezda looking to close the gap through Holland, only to encounter Yabusele and Musa. Together, the pair drove the attack to make it 31-16 (15'). Nevertheless, the Madrid defence could not sustain the offensive efficiency shown earlier and the visitors took advantage of this. Vildoza, with two triples in a row, Martin and Holland succeeded in putting together a 2-10 run in less than three minutes to reduce the lead to 9 points in favour of Chus Mateo's team before the break.

Video.72-56: Victory over Crvena Zvezda at the WiZink Center

Madrid's turnovers after the restart meant that the Belgrade team could inch closer on the scoreboard (44-42 in the 25th minute). This is when Tavares stepped up, fighting for every rebound, with Musa on the outside and Sergio Rodríguez's assists (8) to reverse the momentum and put Madrid 10-0 up. The intensity and the visitors' lower scoring rate proved to be decisive as they continued to increase their lead once again and move into the last 10 minutes of the clash (54-44).

Madrid keep opponents at bay
The final quarter got underway with a three-pointer from Sergio Rodríguez to give his team a spark. After two very intense quarters, tiredness crept in and the pace of the scoring slowed down. With four minutes on the clock, Bentil hit a three-pointer to make it 57-50. The Serbians pushed to turn the game around and got to within five points. But once again Tavares (10 points), Musa (13) and Deck (8 rebounds) took charge to give their opponents no chance and secure their second EuroLeague victory. The Whites must now turn their attention to the clash with Baskonia, who they will visit on Sunday at the Fernando Buesa Arena (19:15). 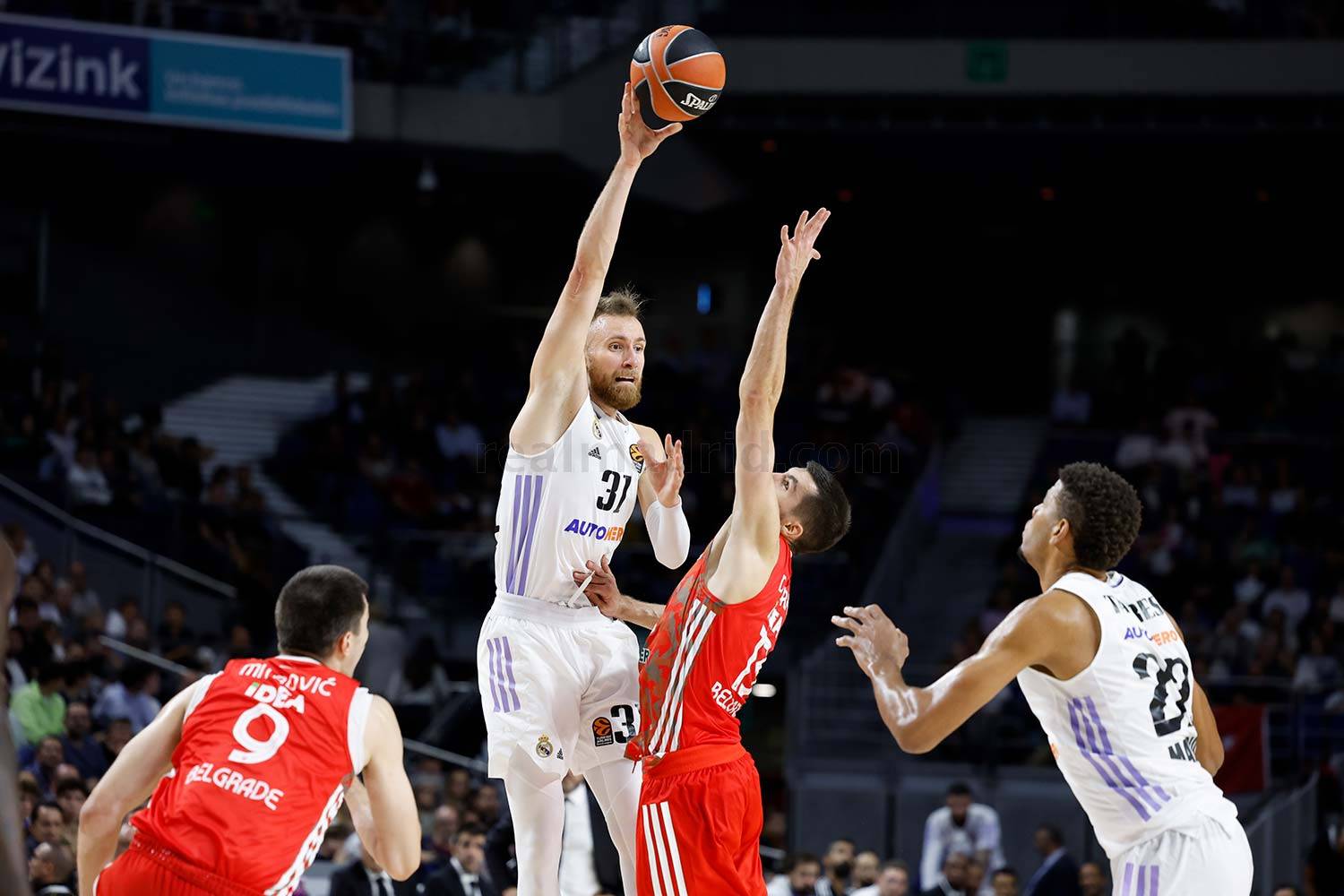 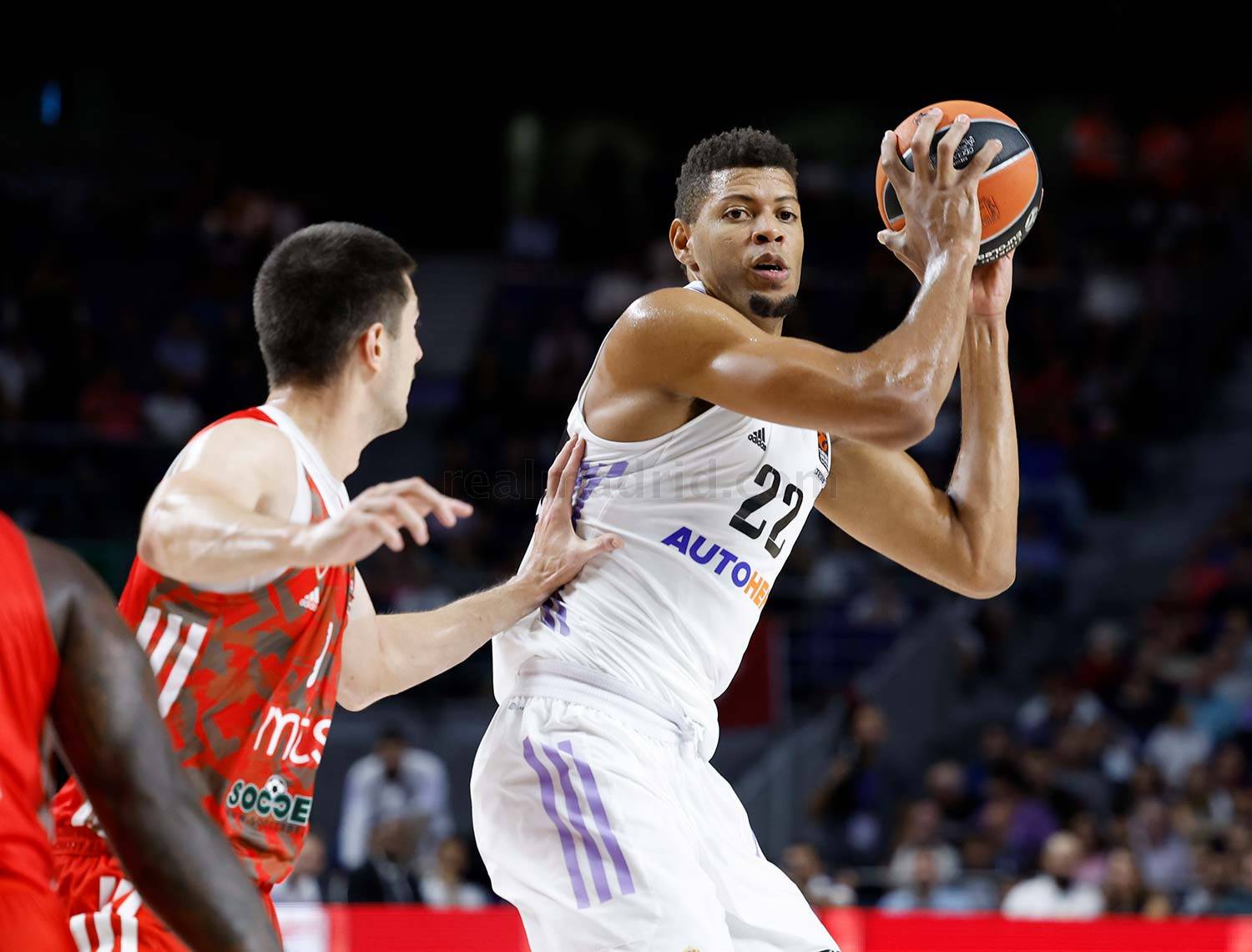 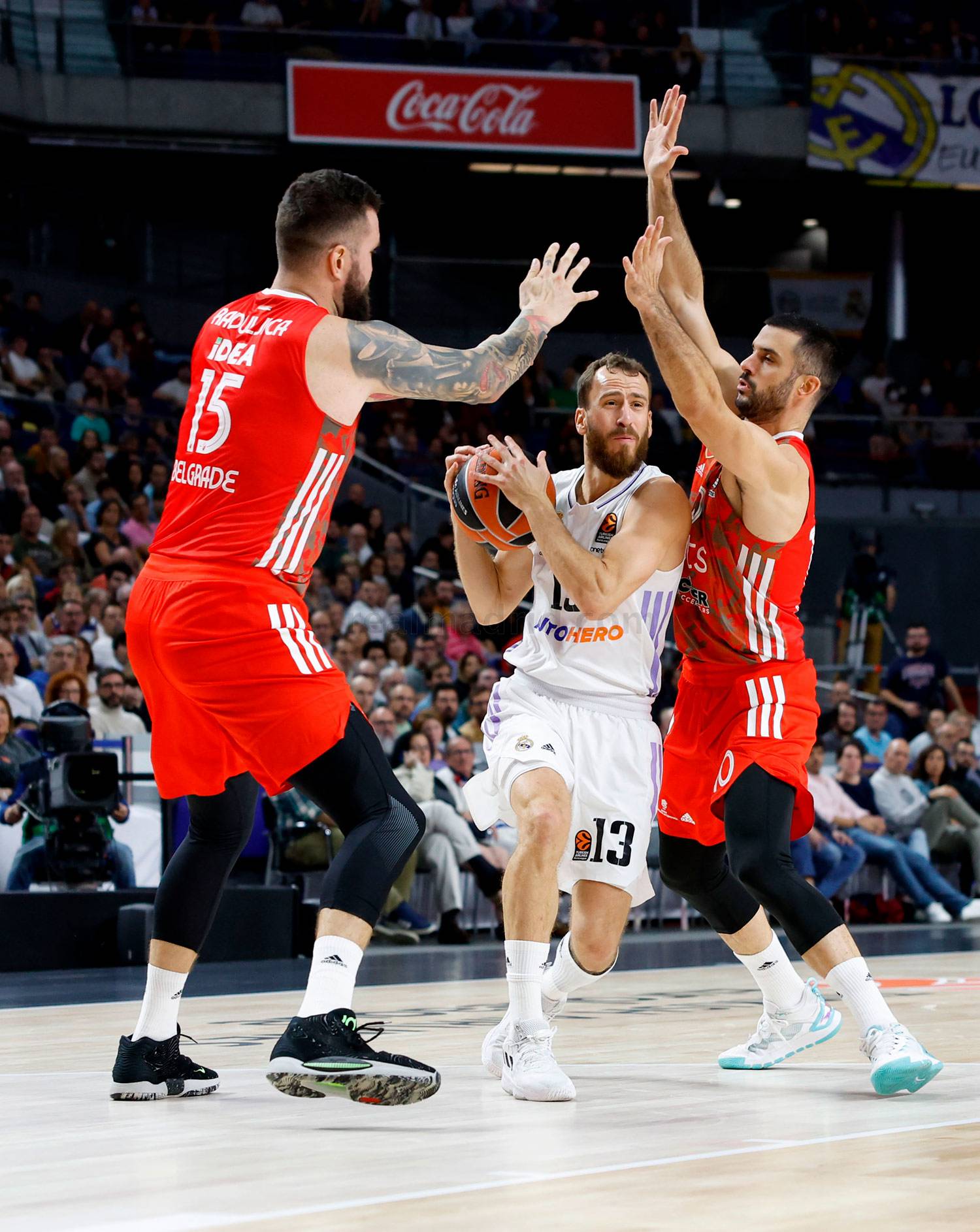 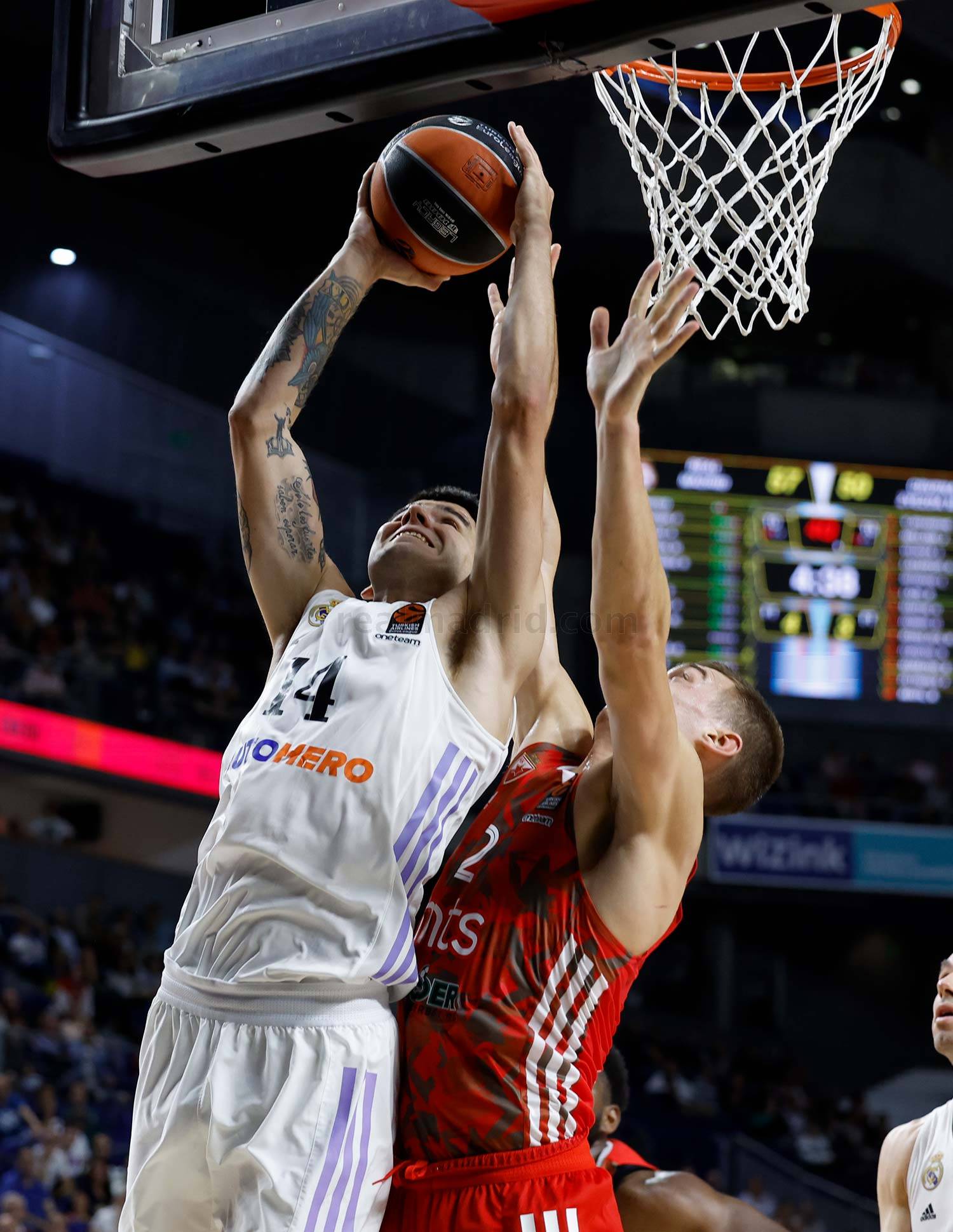 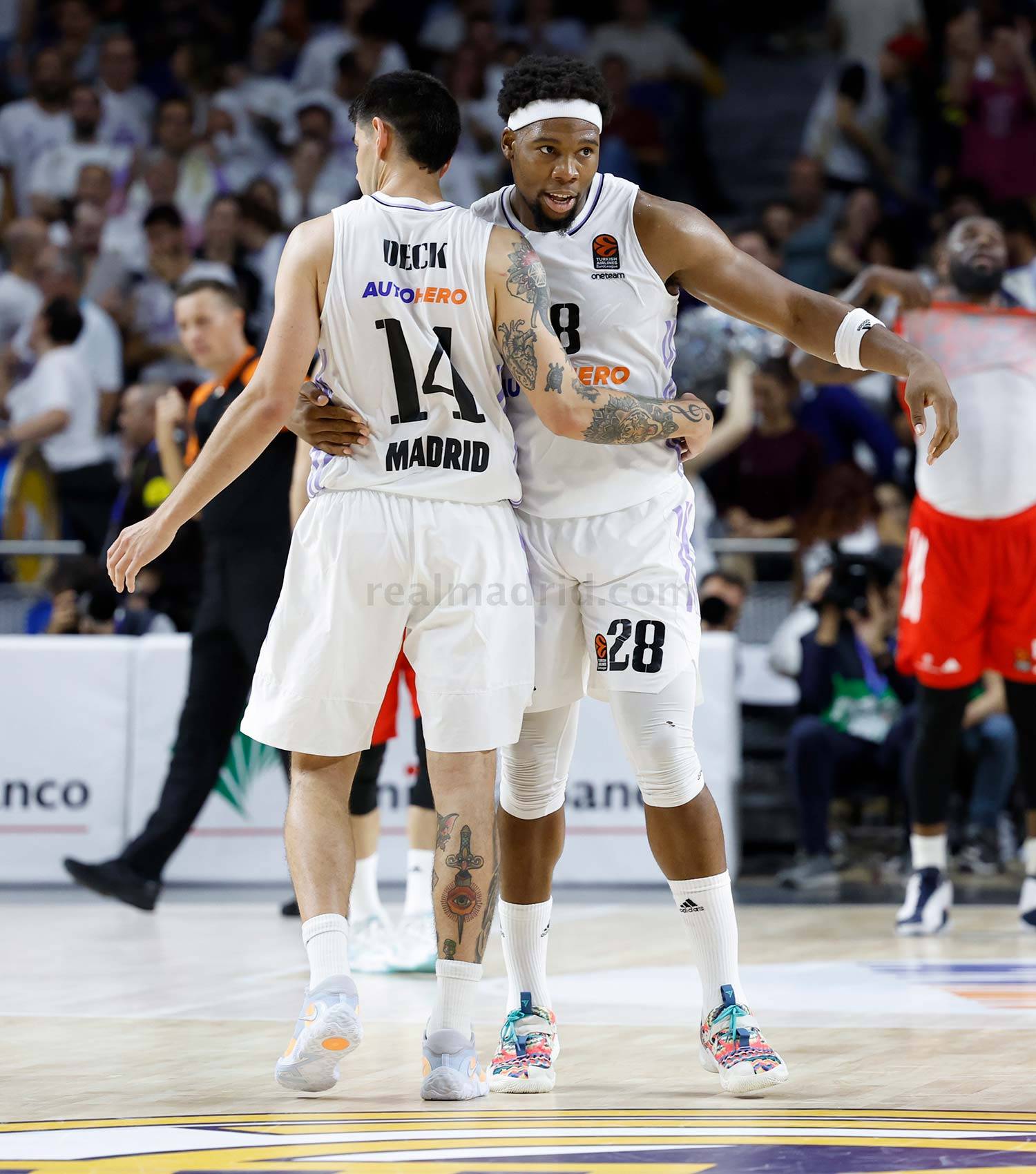 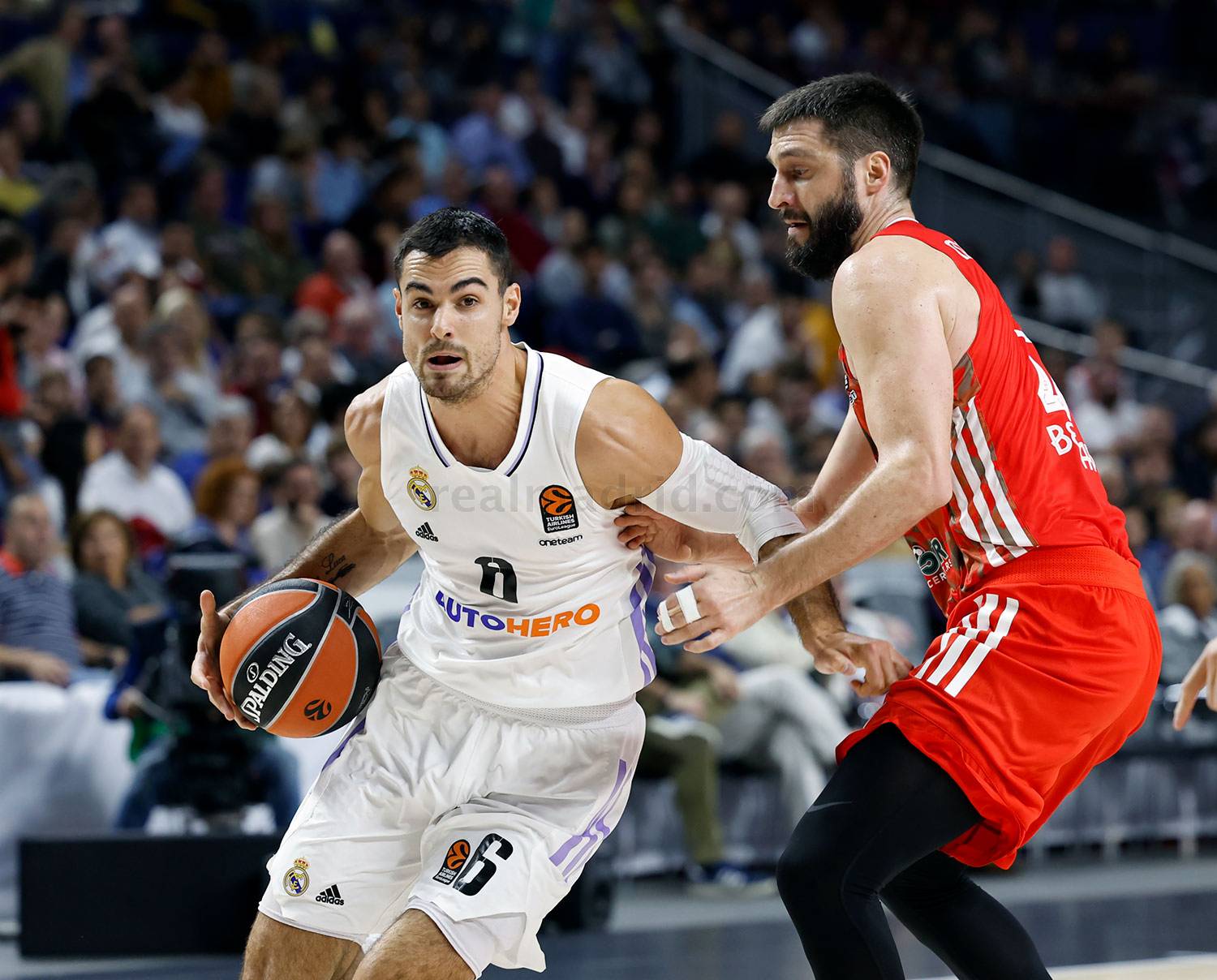 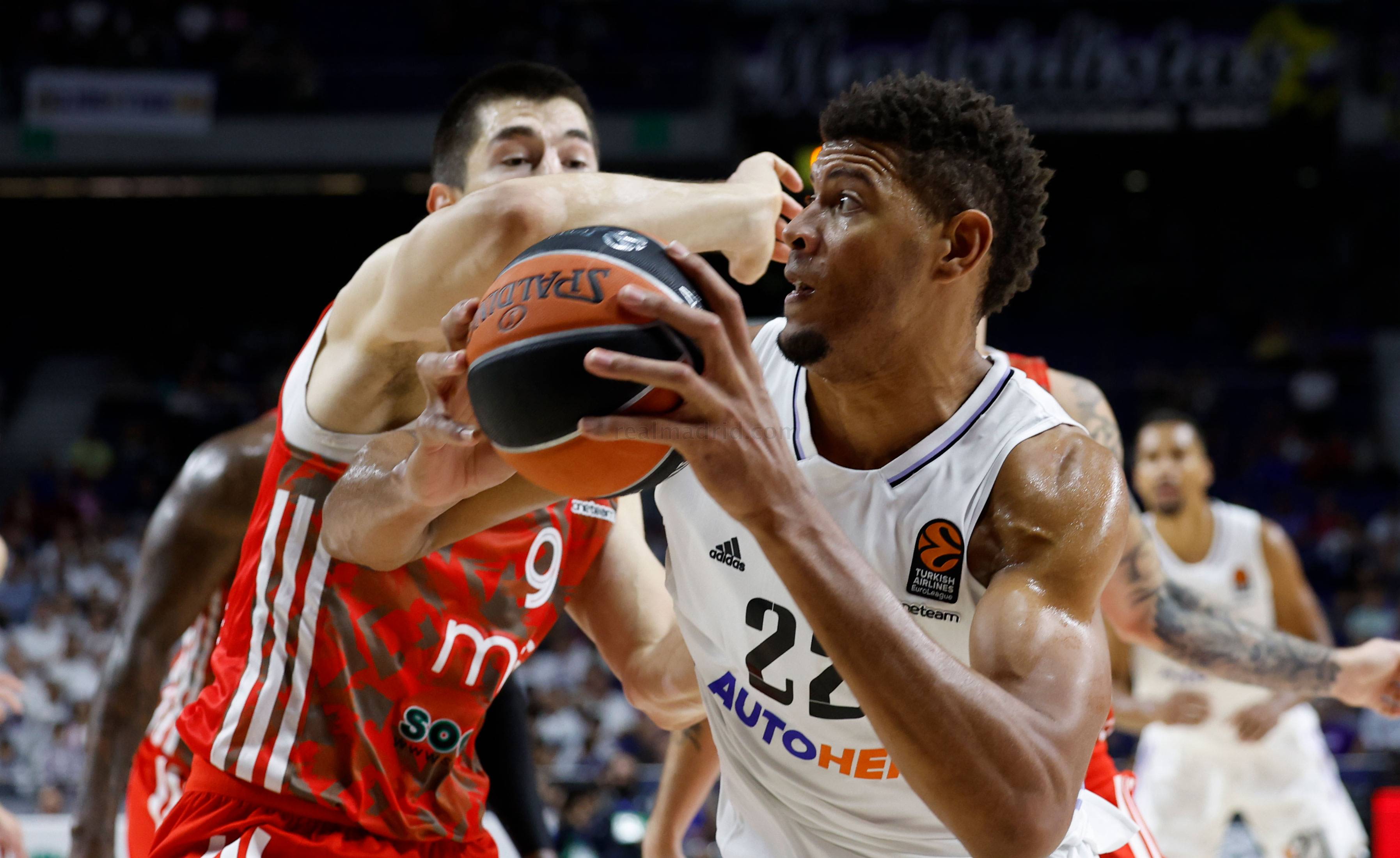 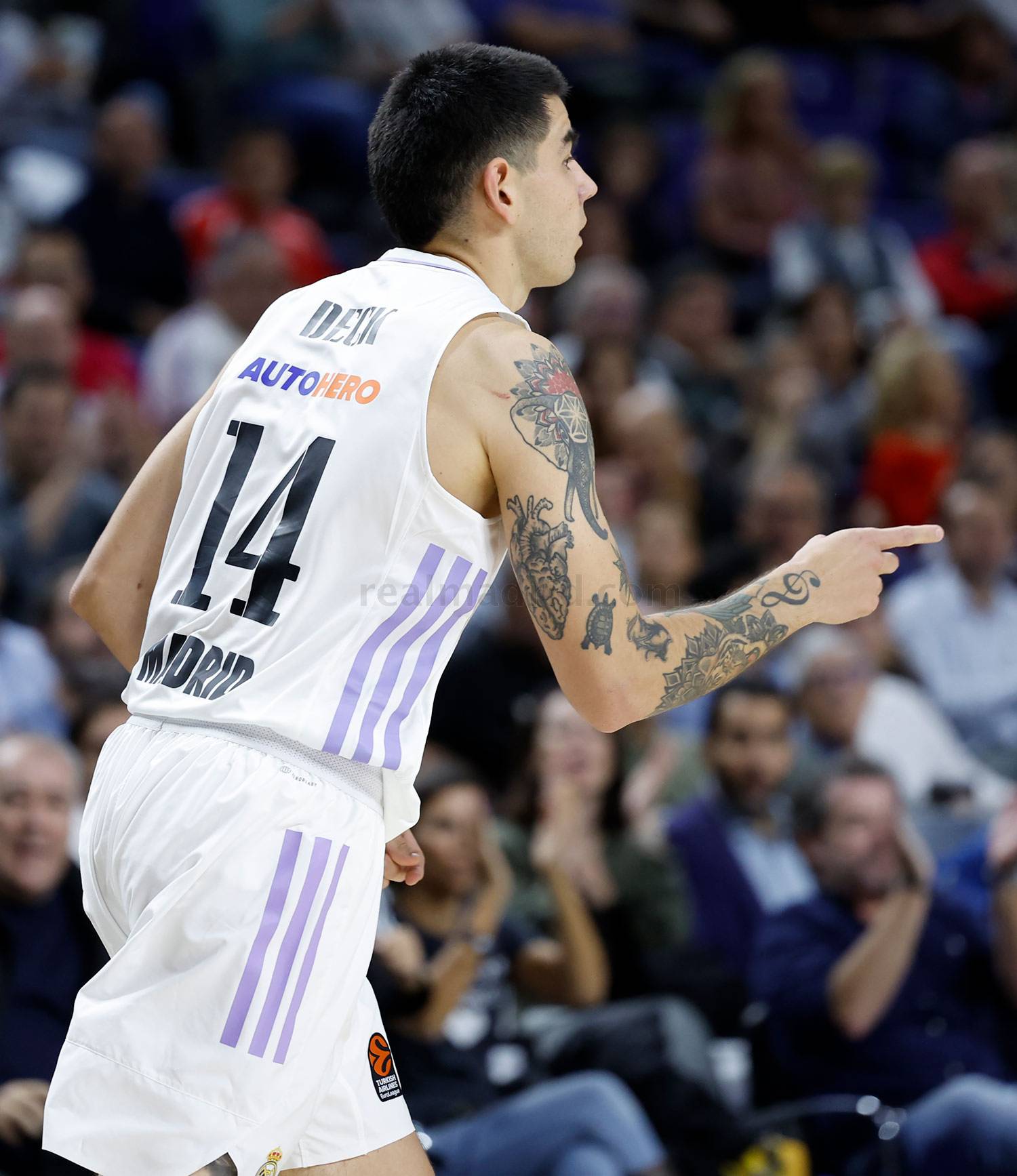 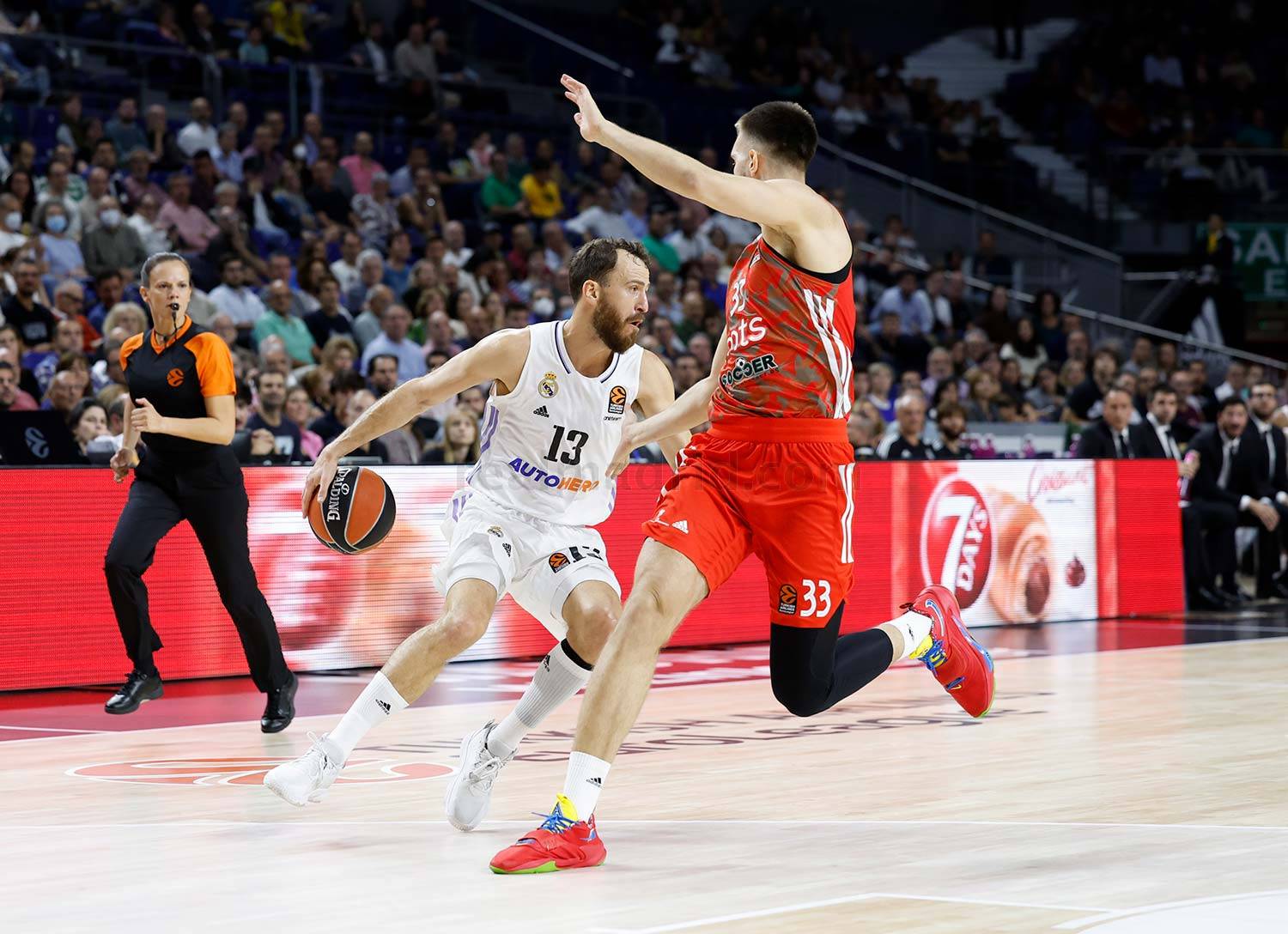 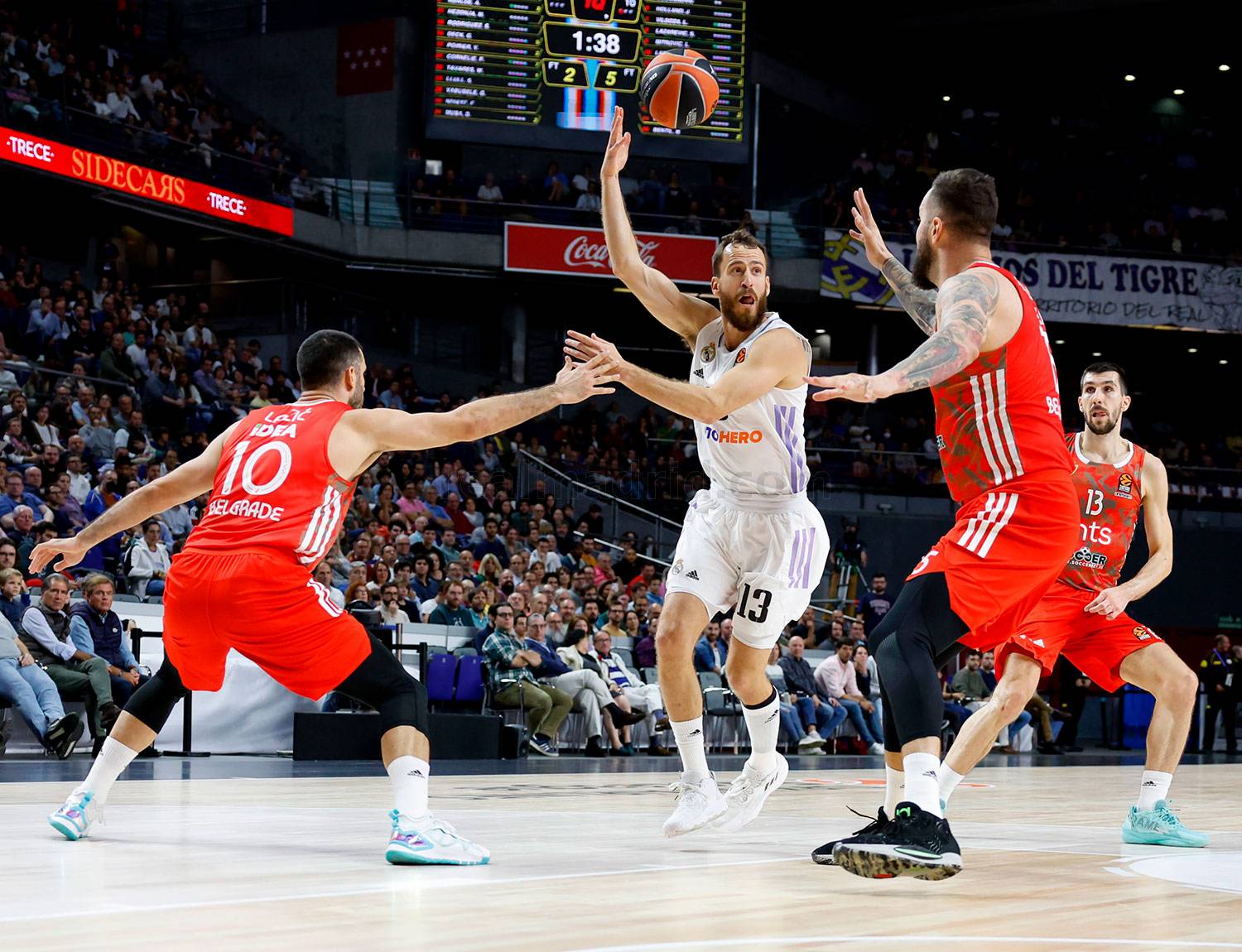 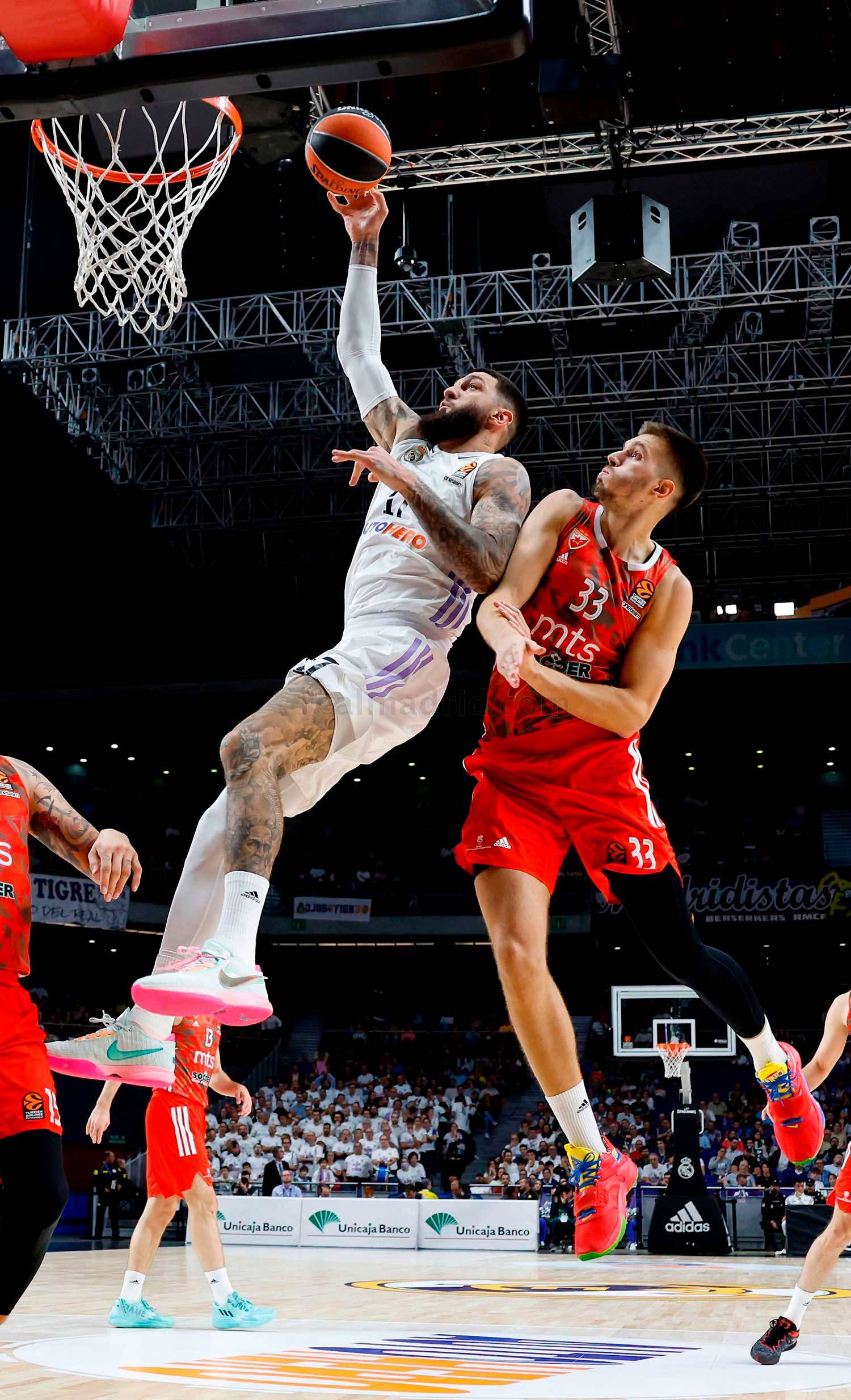 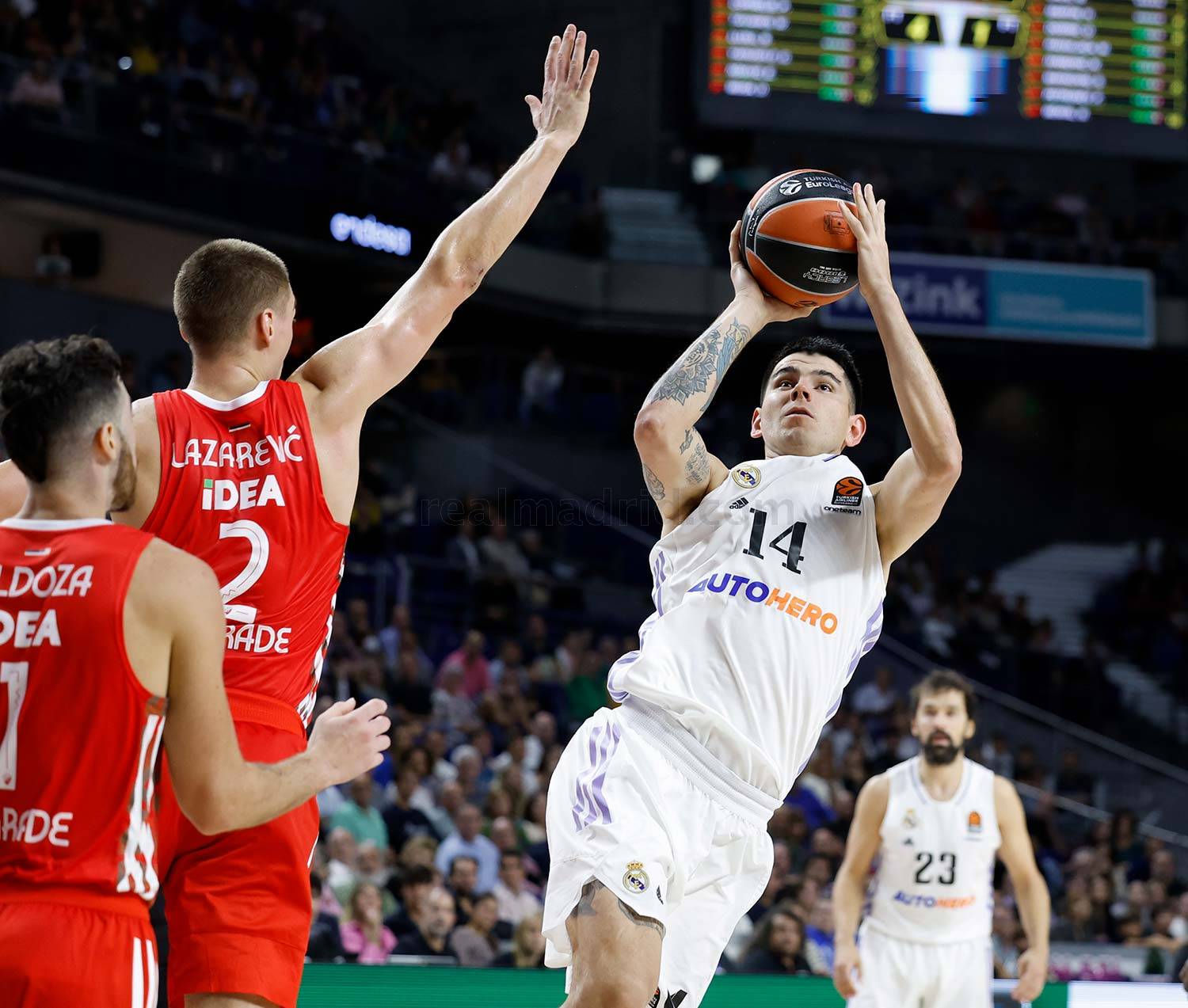 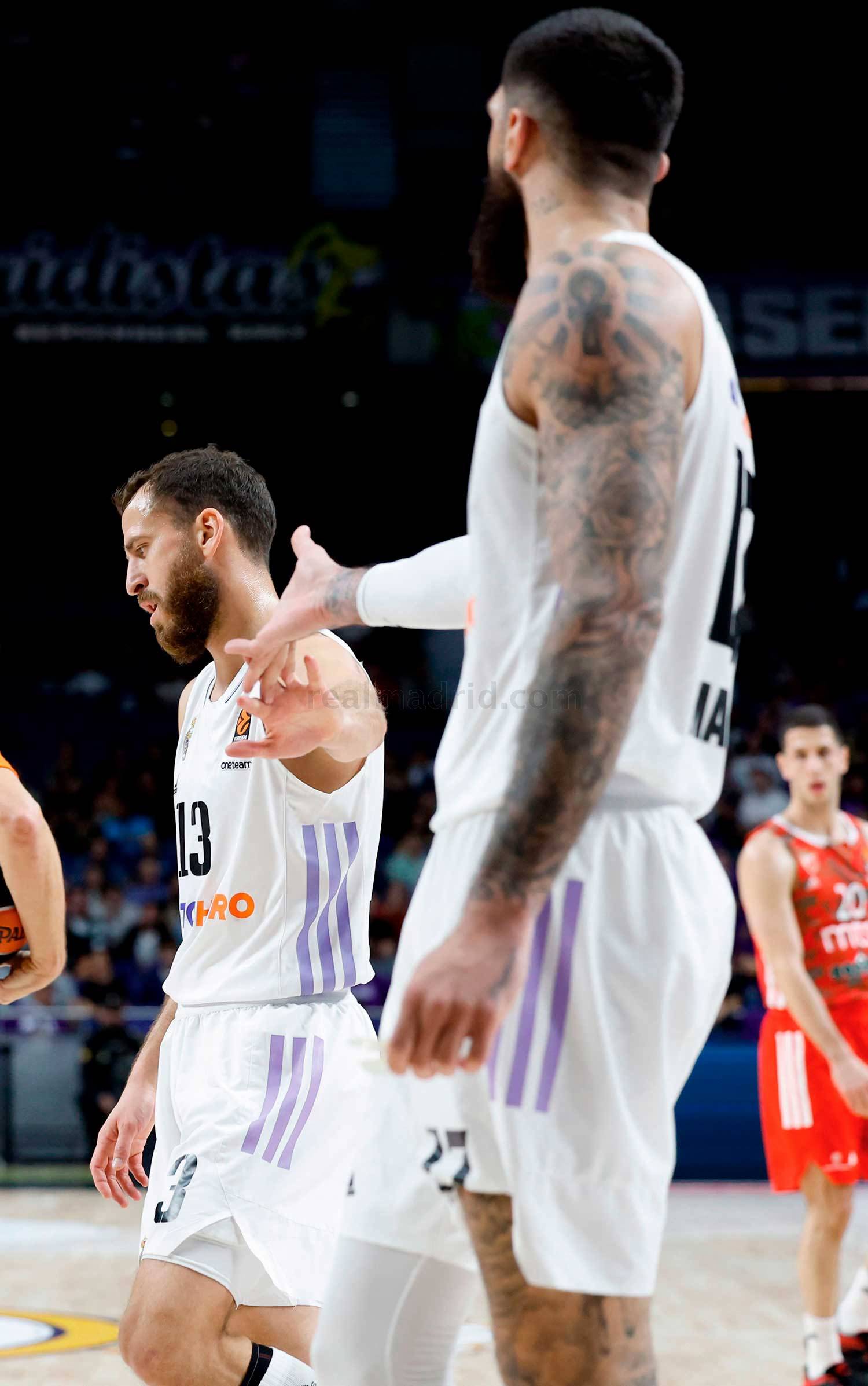 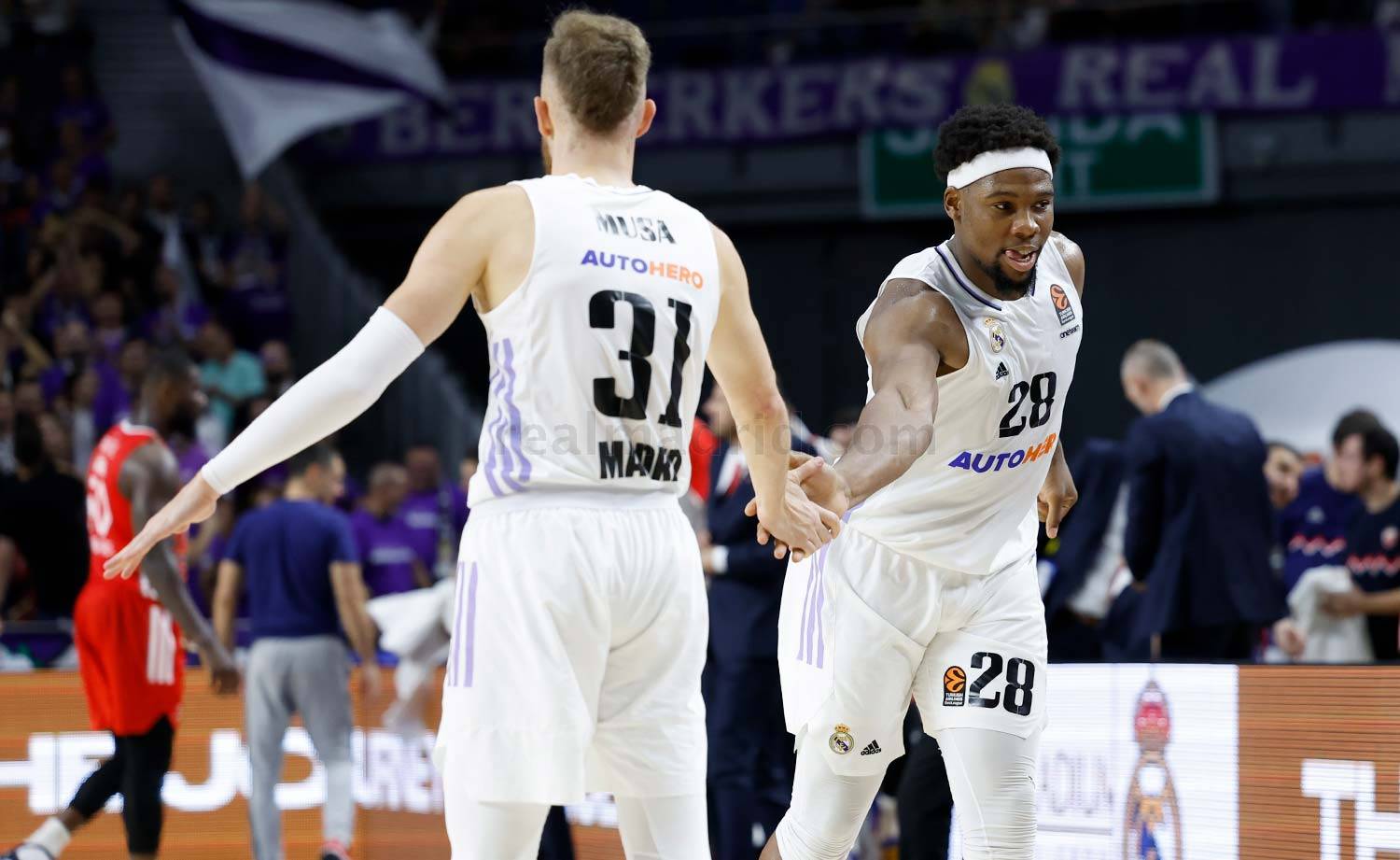 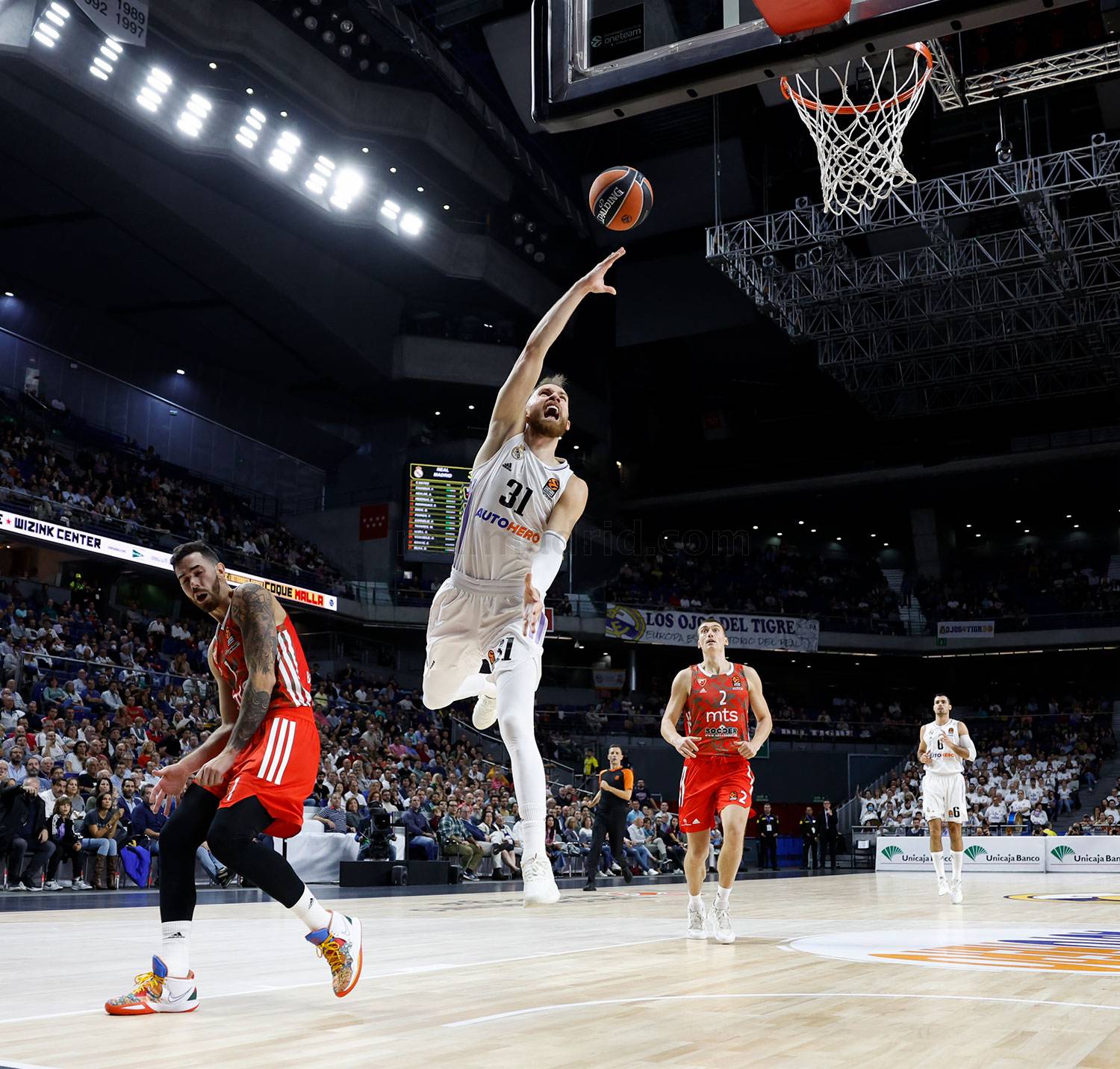