Madrid slip to defeat in final seconds against Olympiacos 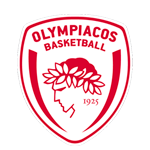 The madridistas, who lead for most of the game, had the final possession to pull level or win it.

Real Madrid were unable to secure the spoils against Olympiacos in the first of this week’s two EuroLeague clashes at the WiZink Center. After a tight encounter, which had seen Chus Mateo‘s side edging it for long periods, both teams entered the final stages with everything to play for. A basket by Sloukas with three seconds left on the clock barely gave the hosts time to respond, as Taveres’ effort was off target and the visitors secured the victory. Musa spearheaded the madridista attack with 17 points, followed by Llull and Tavares, with 14 each and Yabusele, with 13. A minute’s silence was held before the game in memory of former madridista Francisco Capel.

Six months later the EuroLeague returned to the WiZink Center for a European classic. The game began with the two teams sizing each other up in a very evenly matched first quarter (21-20). Chus Mateo started with a starting five with Hezonja, Deck and Yabusele accompanying Sergio Rodríguez and Tavares to counteract the Greeks' physicality. They dominated the first few minutes courtesy of strong defending, transitions and hitting three-pointers (15-11, min.6). Olympiacos won the offensive rebound and began to build advantages from their breakaways. Walkup, Vezenkov and Fall scored all of the visitors' points in this opening period. Madrid attacked from all angles with Yabusele leading the side (8) and Sergio Rodríguez providing the assists and rebounds (5 and 4 at the end of the first half.

Madrid go ahead
A great start to the second quarter saw them grab the game by the scruff of the neck. The depth on the bench was evident. Musa and Cornelie from 6.75m kept our team moving, and Poirier got the better of his pair Black in the paint. The French power forward scored two consecutive three-pointers to complete a 16-9 run that brought up the first substantial lead (37-29, min.17). Bartzokas called on his most trusted players, Sloukas and Vezenkov, and it paid off. Madrid were less clinical as Olympiacos clawed back a quarter they seemed to have lost (38-37, min.20).

The third quarter was a repeat of the previous one. For the majority of the time Madrid were on top, moving the ball well through Sergio Rodríguez on the court and Musa and Yabusele on the outside. A five-point lead was achieved after three-pointers by the pair (57-52, min.27), but it disappeared again. Mckissic and his physical power were largely responsible for this, and Vezenkov was causing a lot of trouble in the paint (62-63, min.30).

The last shot failed to go in
Another good start to the final quarter saw our team, headed by Llull, retake the lead. However, the storyline was not going to change. This was a game of names, of appearances, of short-lived spurts. Bolomboy and Larentzakis pulled their team back into the game. Madrid fought back. The captain gave his side some breathing space with his third three-pointer and a +5 lead with 36 minutes on the clock (81-75). But Olympiacos is a very strong opponent. Sloukas and Bolomboy flipped the score to 85-87 with 30 seconds to play. Llull levelled the score at 87 but a basket from the Greek point guard with 3 seconds left made it 87-89. There was time for our team to have one more shot. Tavares took it and this time he missed. Another demanding game coming up against Red Star in less than 48 hours on the fourth round of the EuroLeague (8:45pm CET). 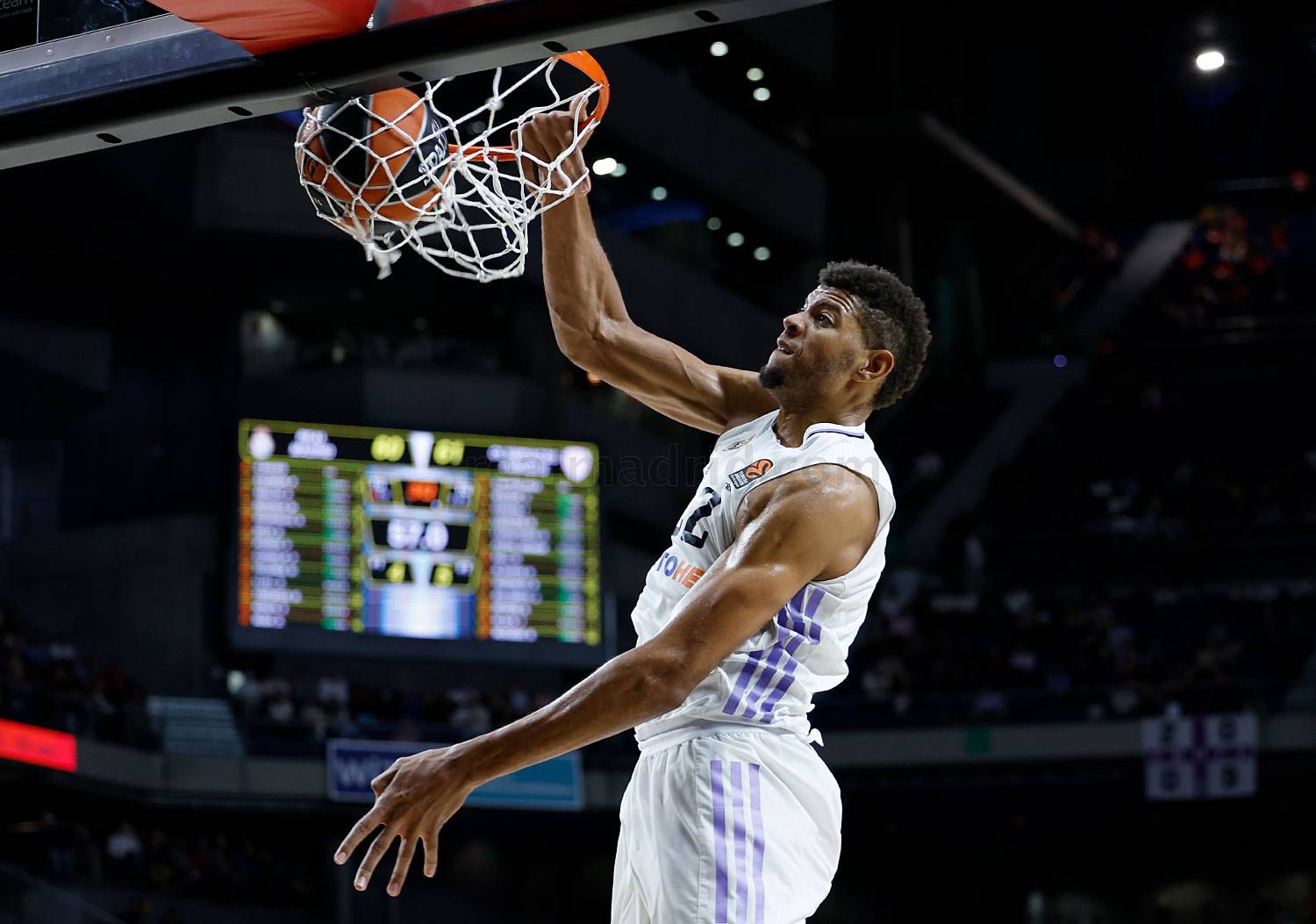 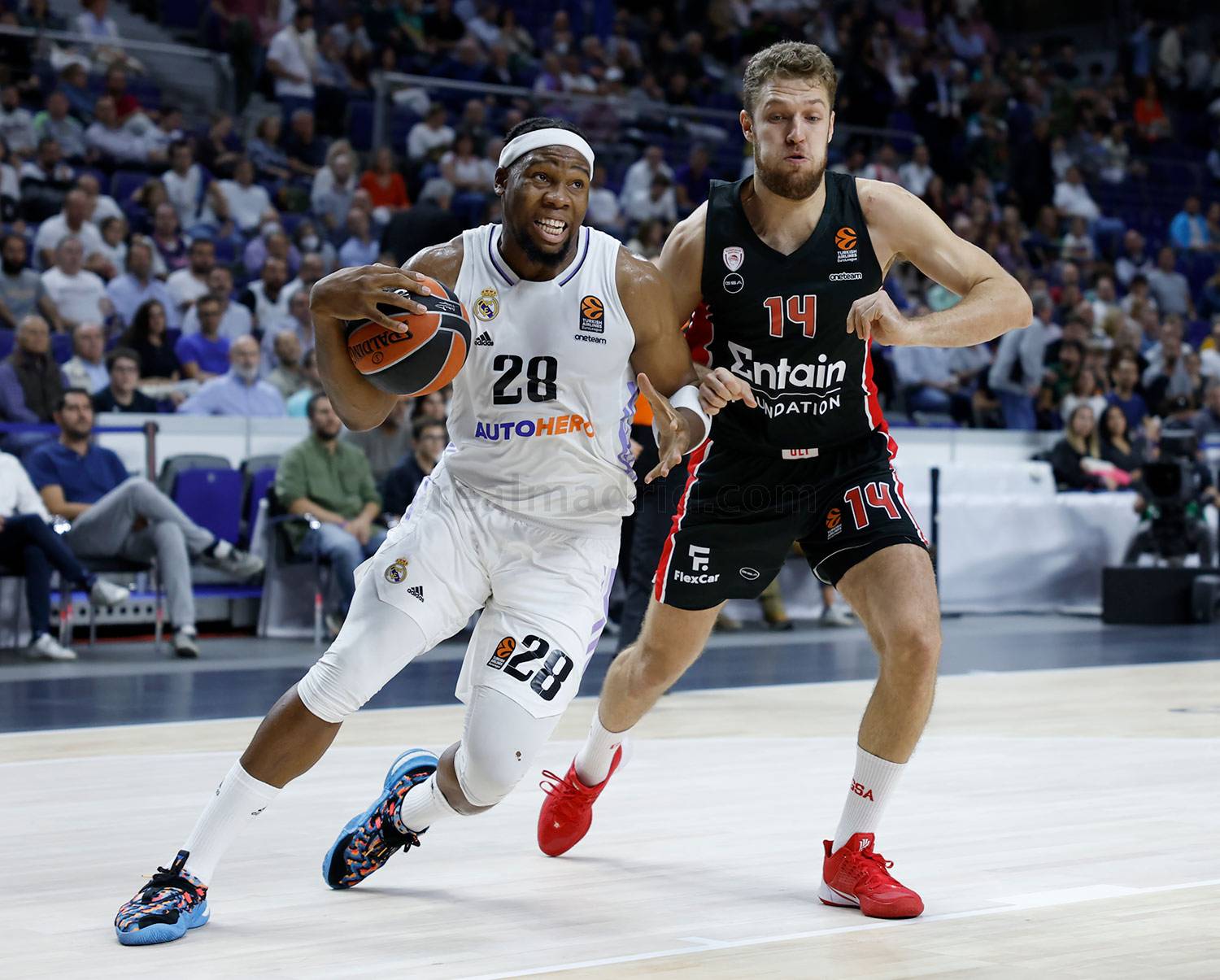 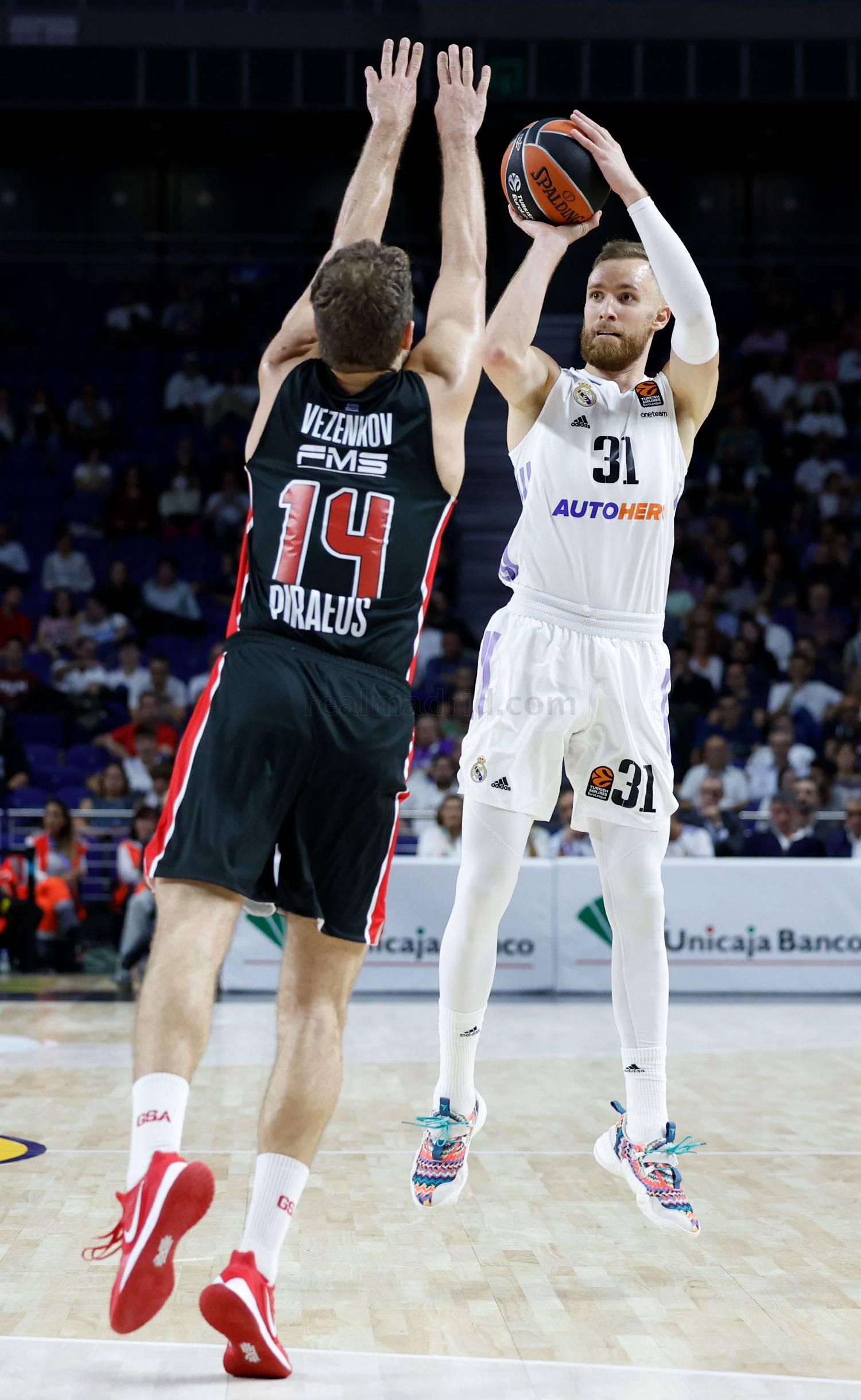 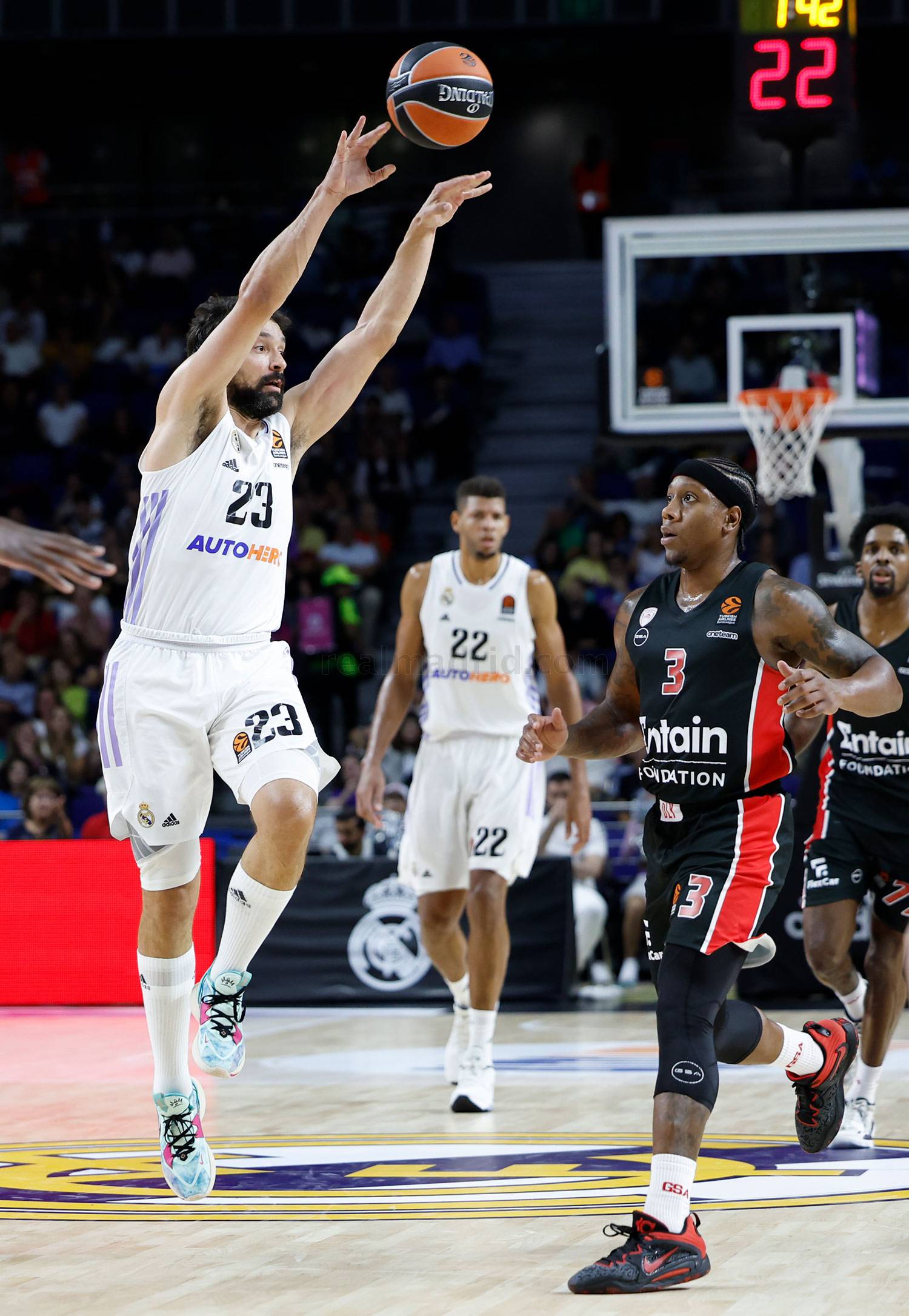 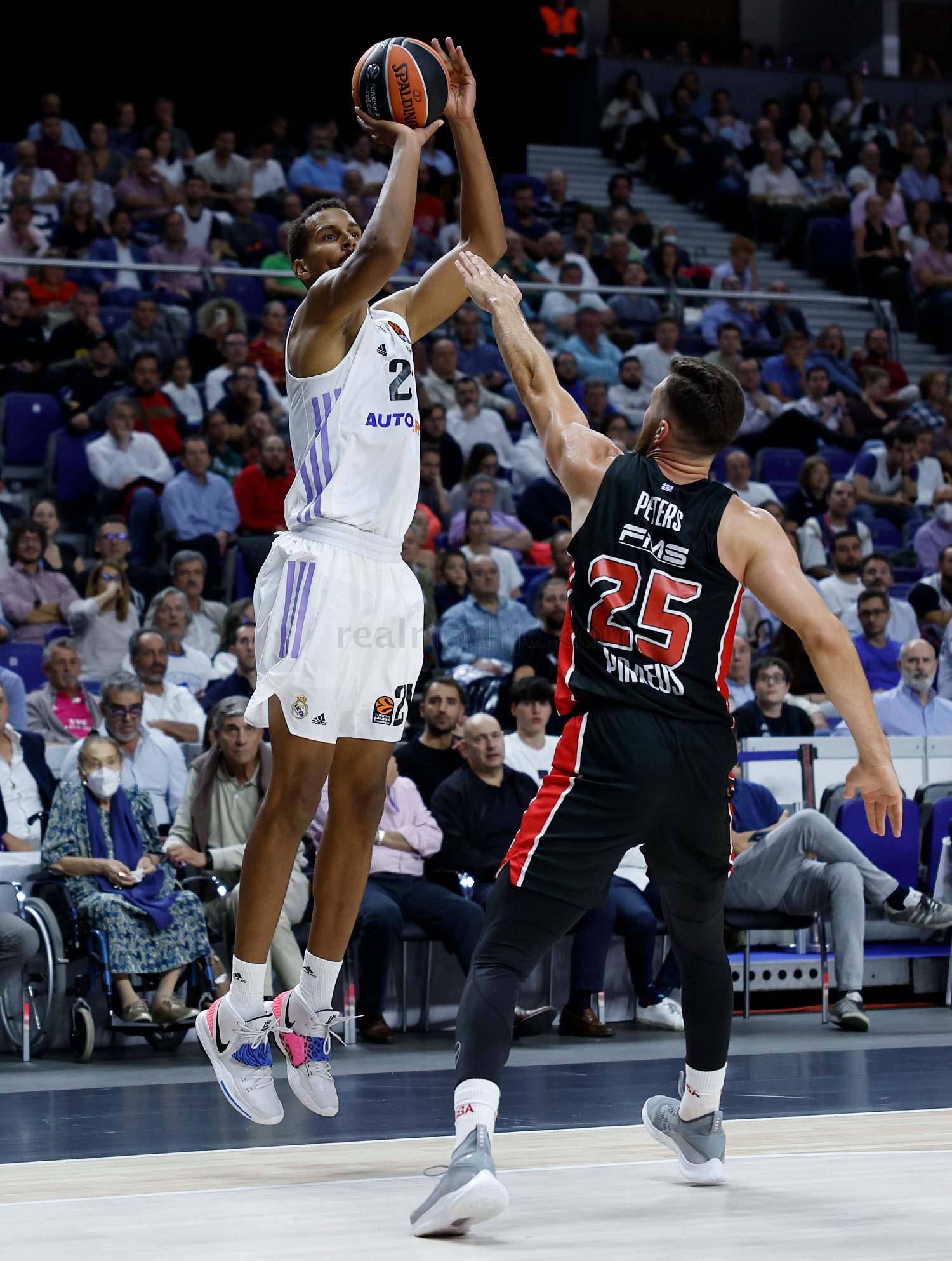 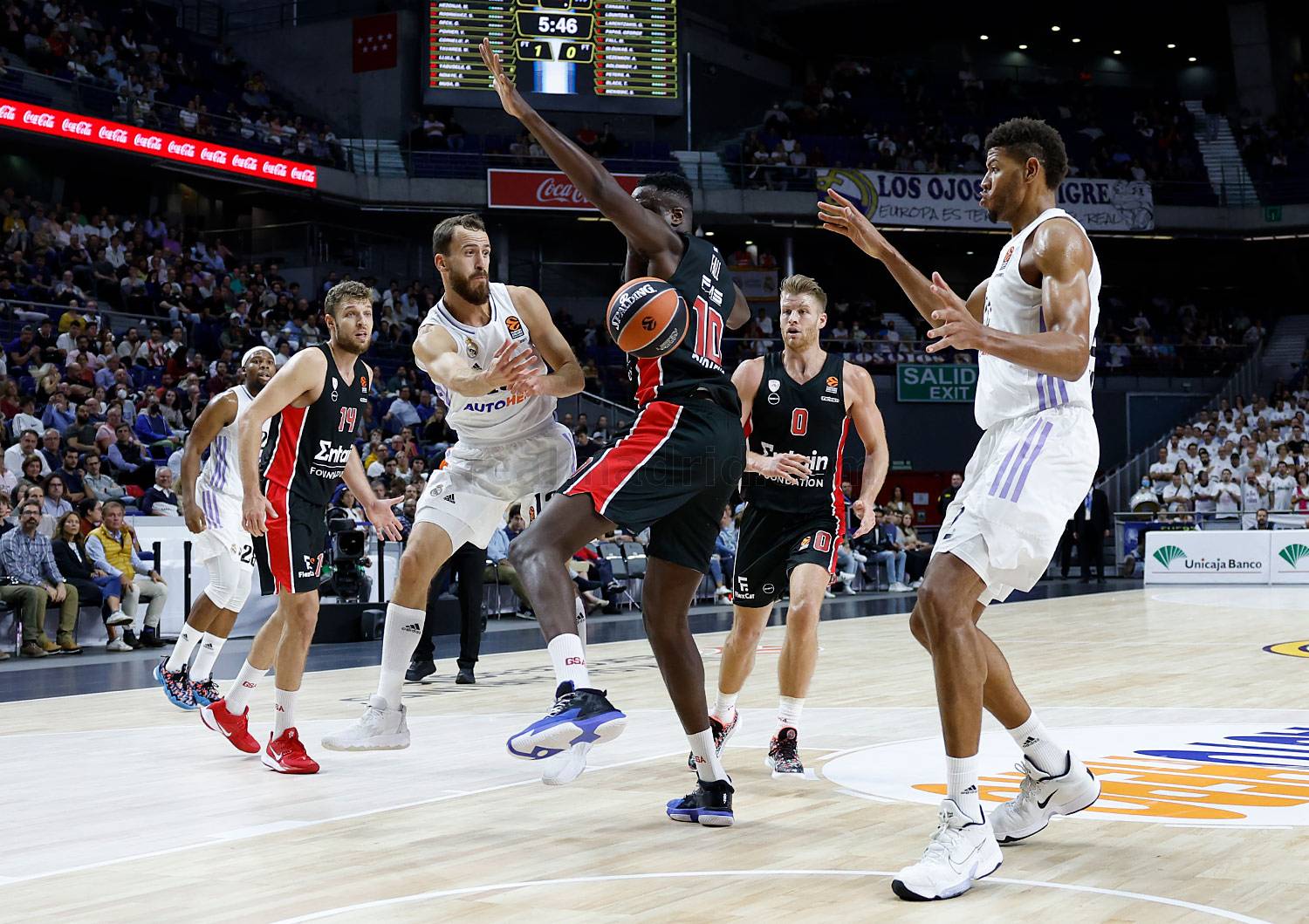 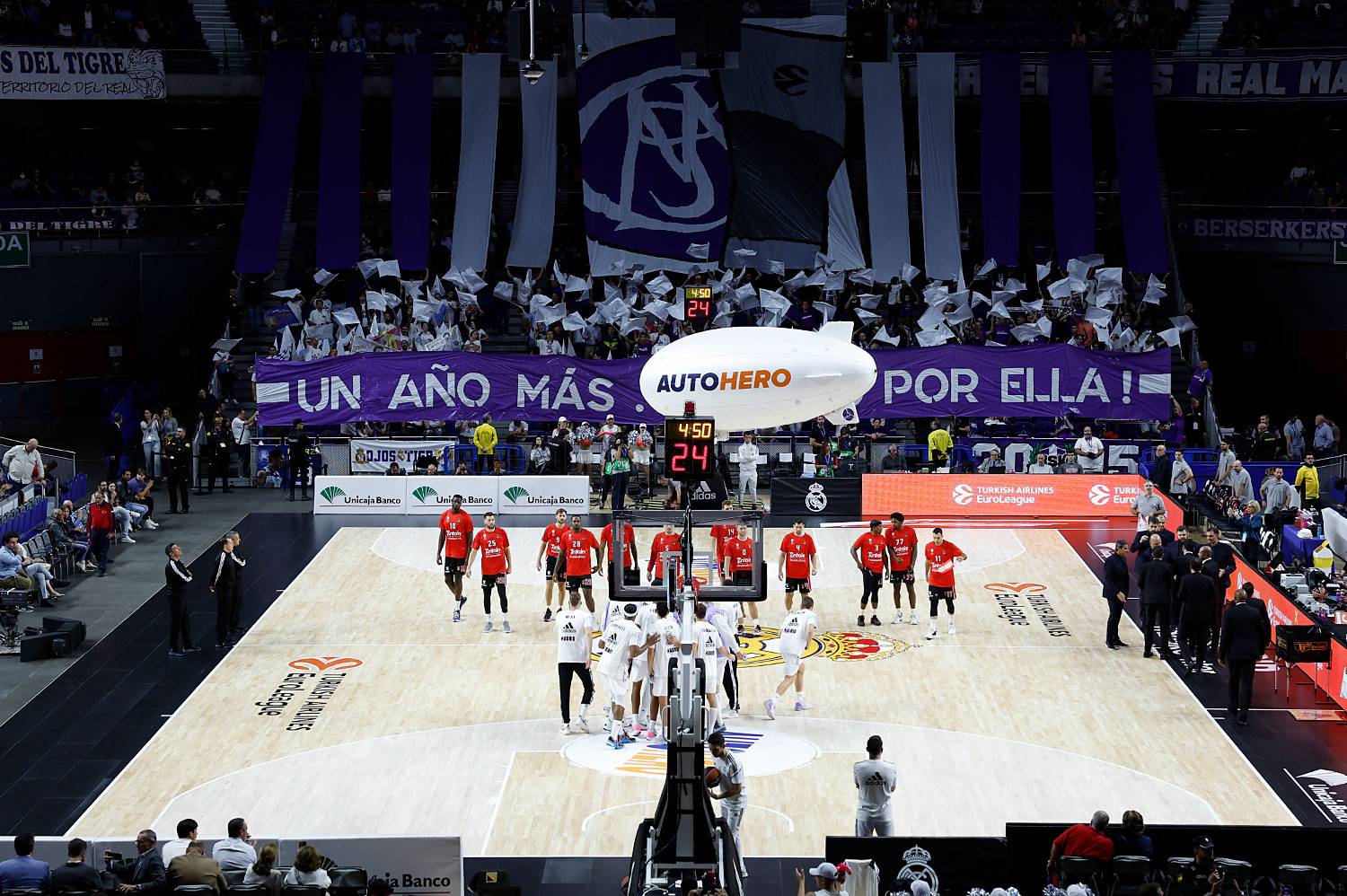 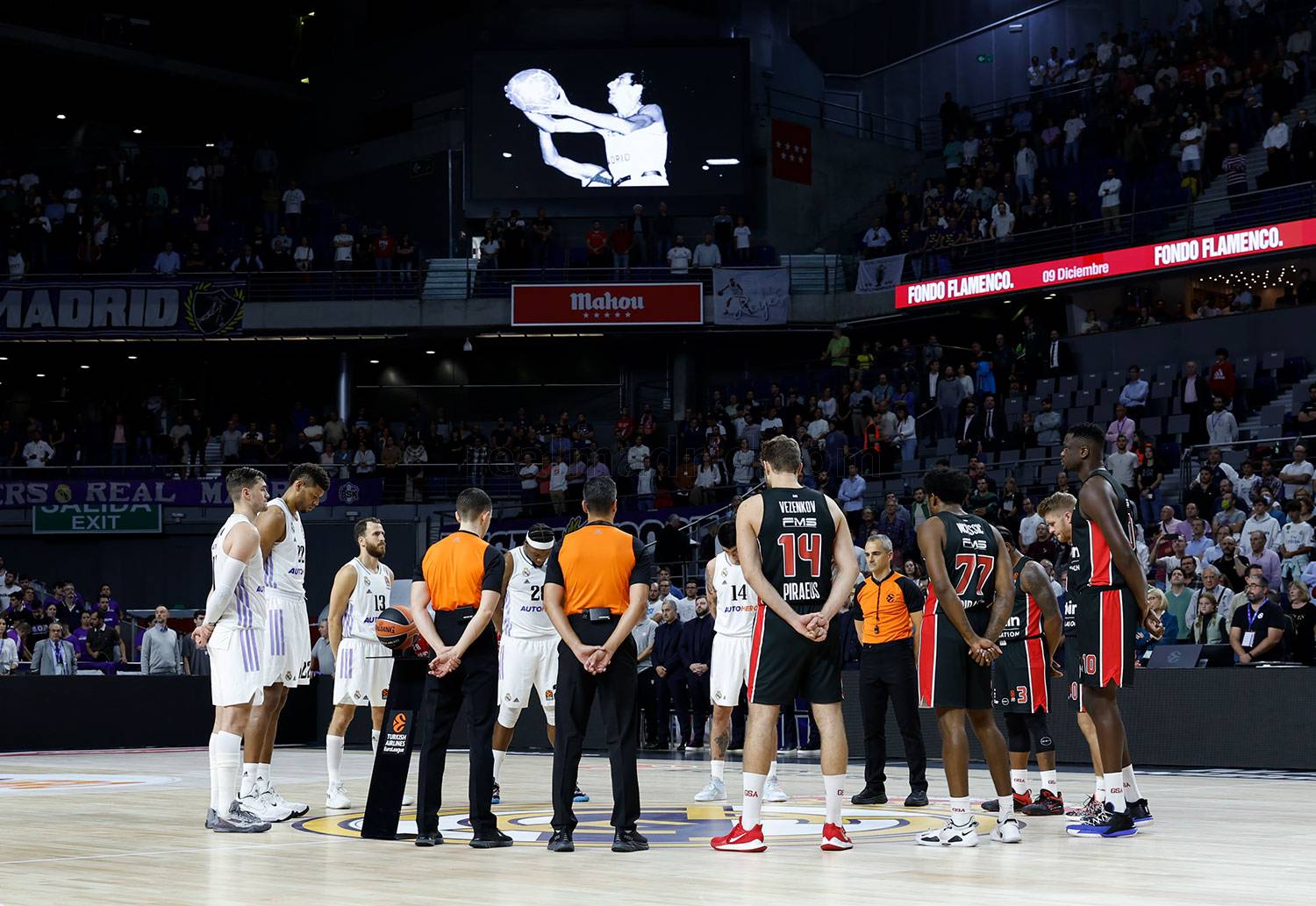 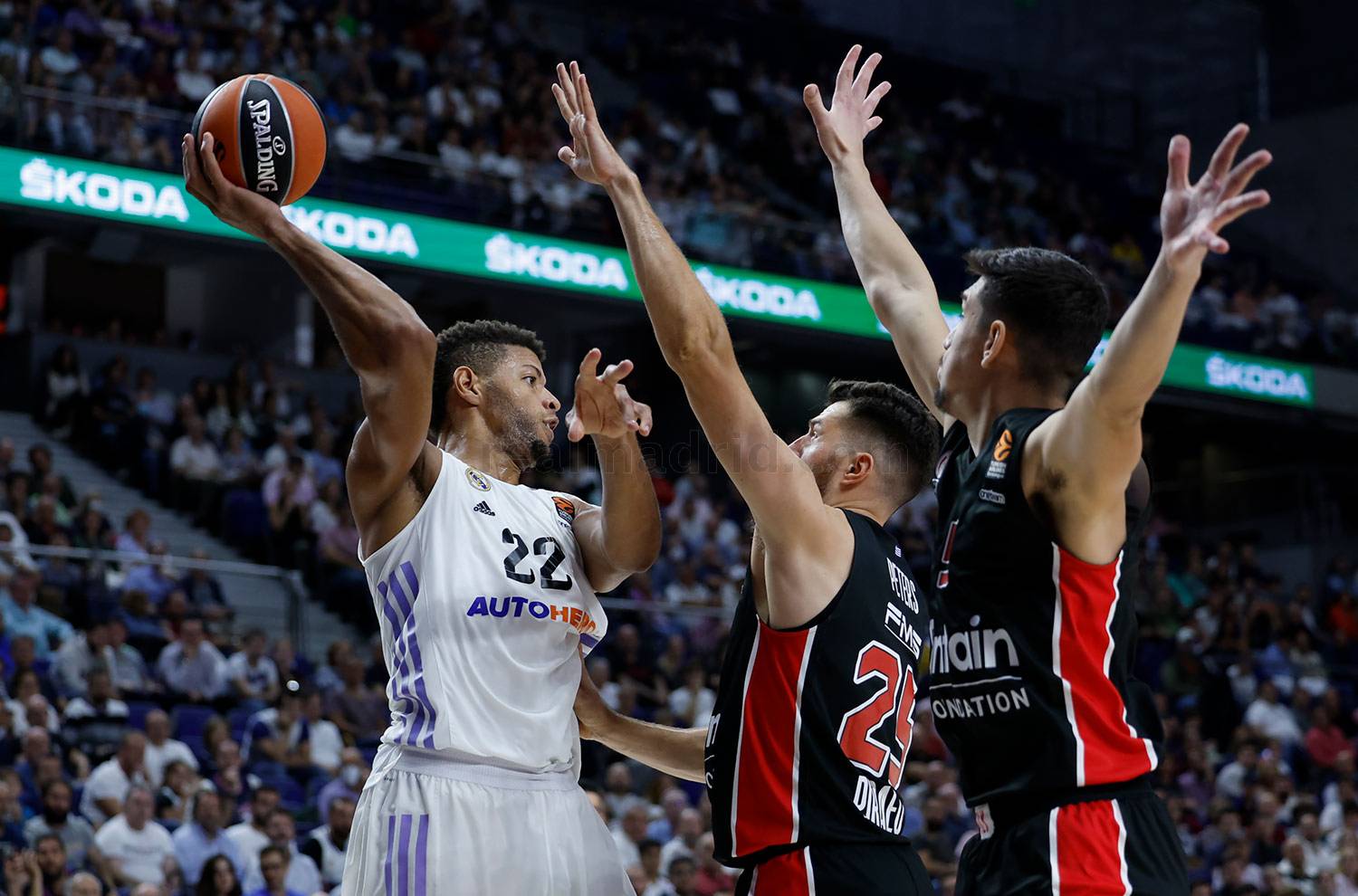 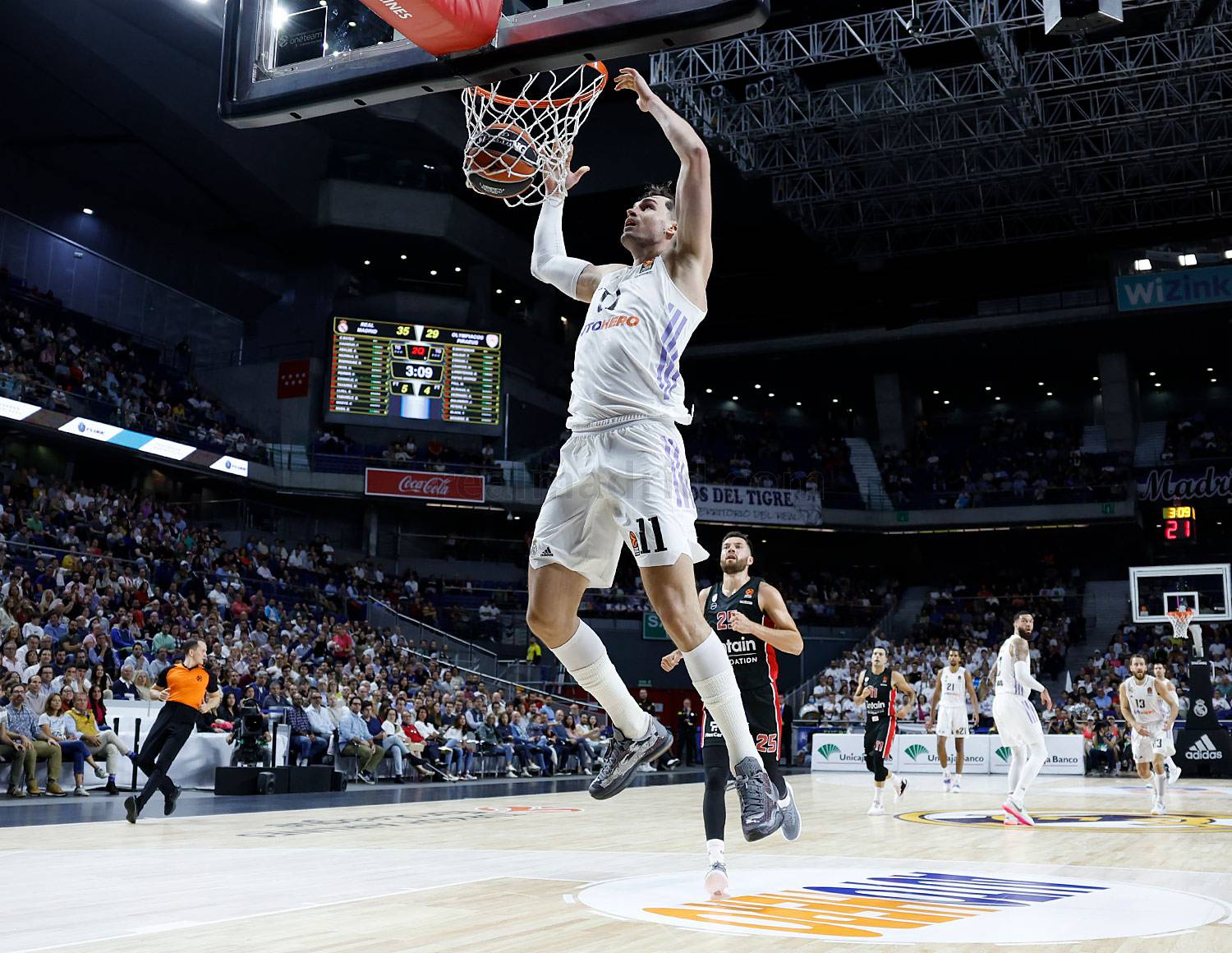 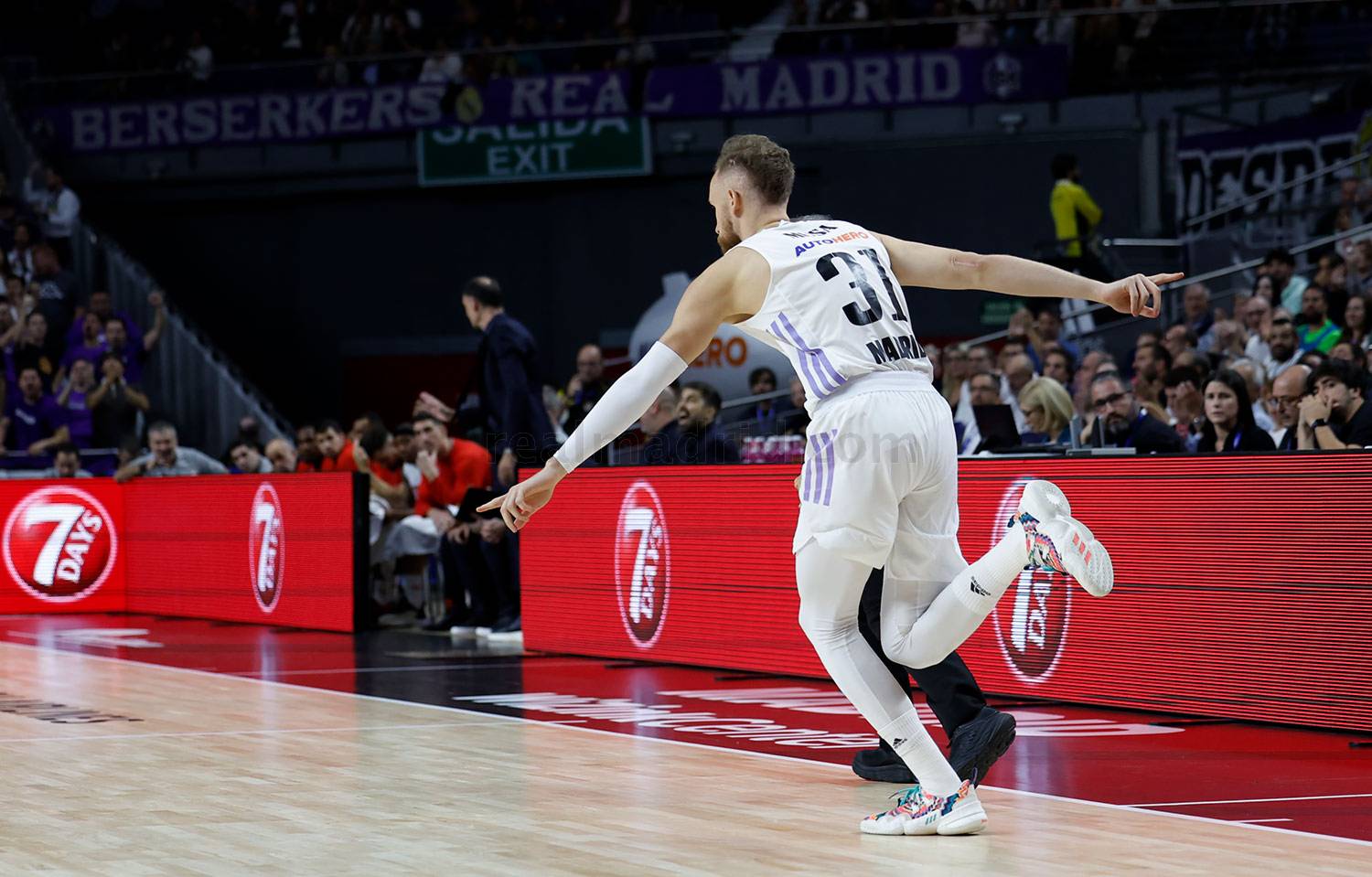 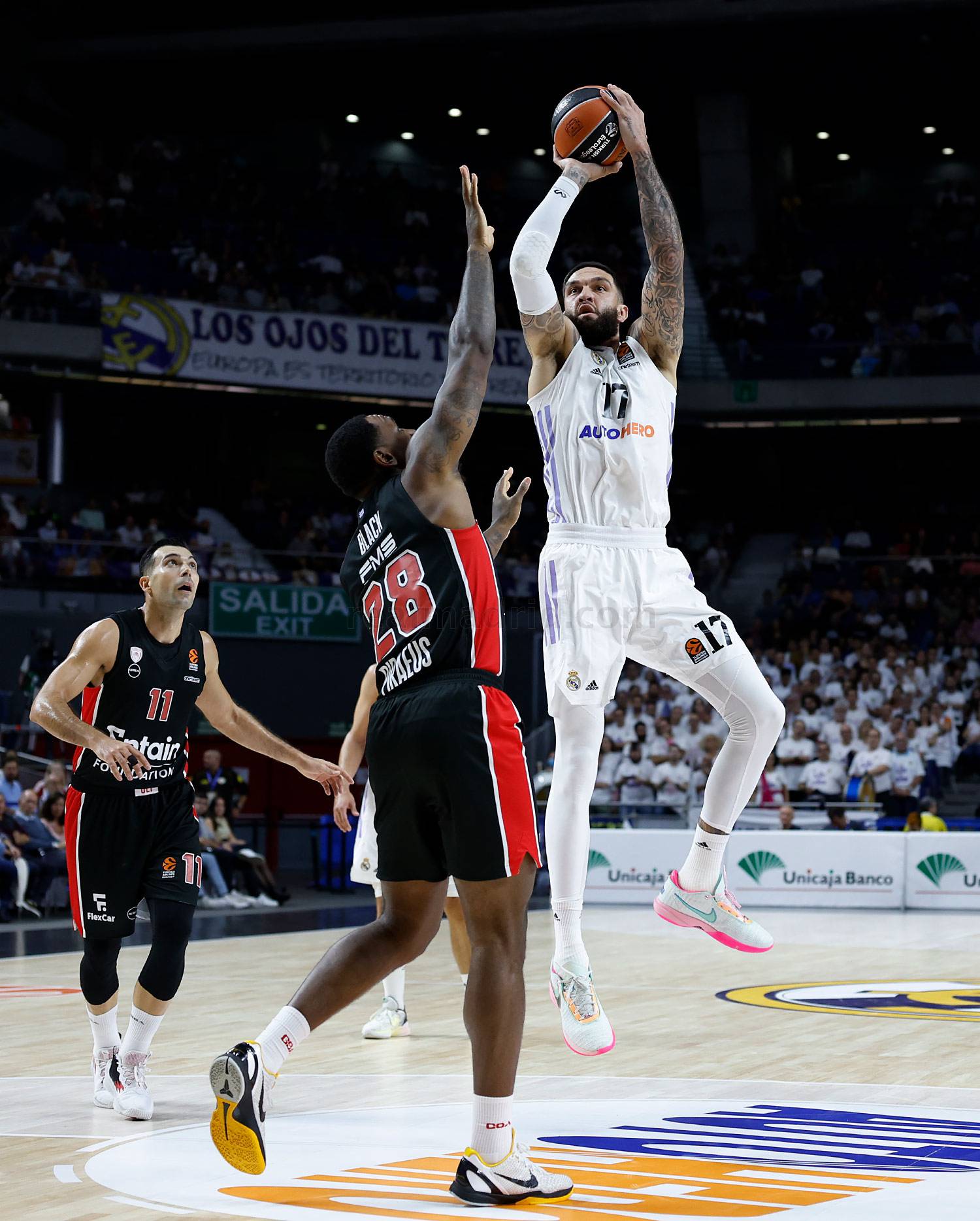 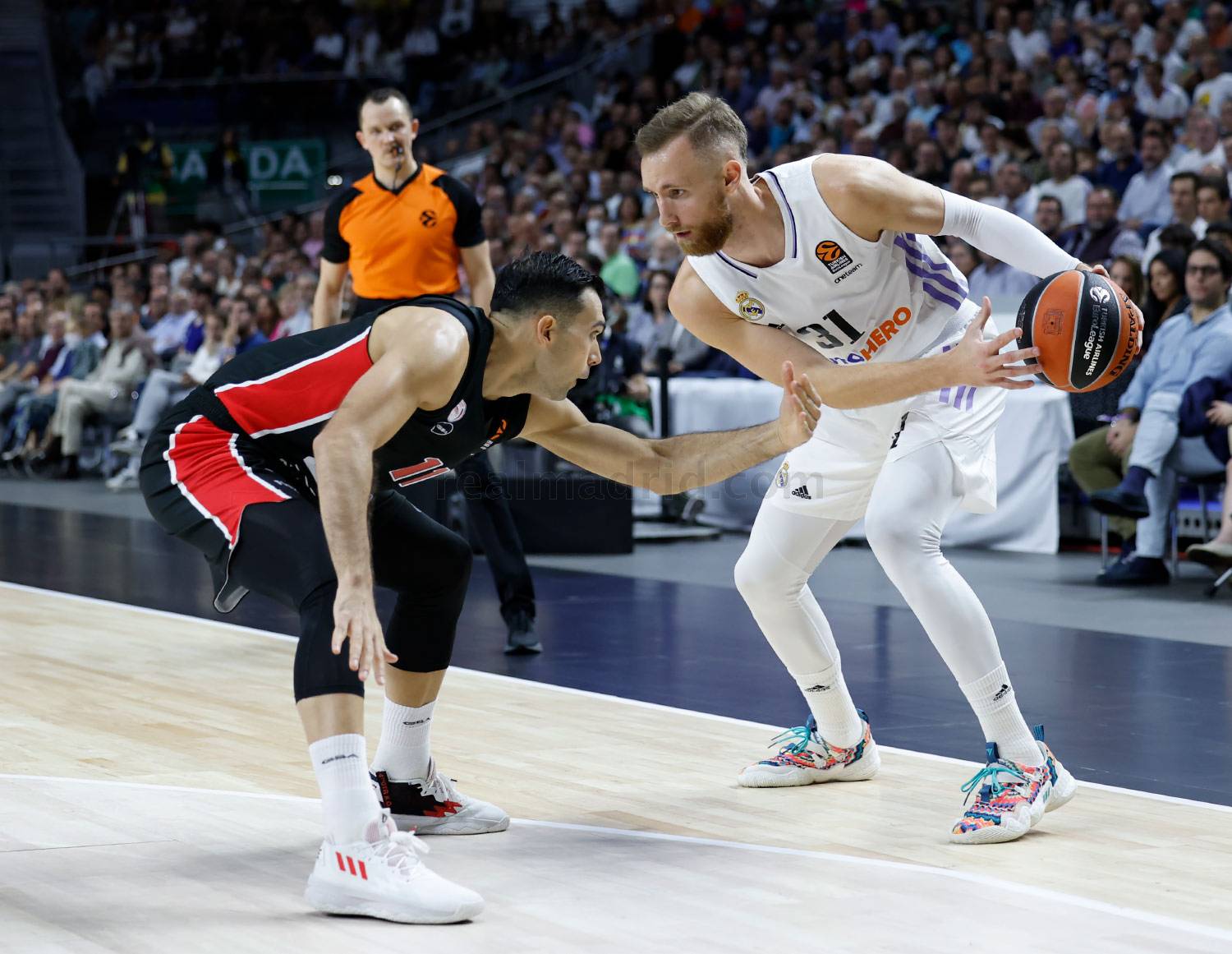 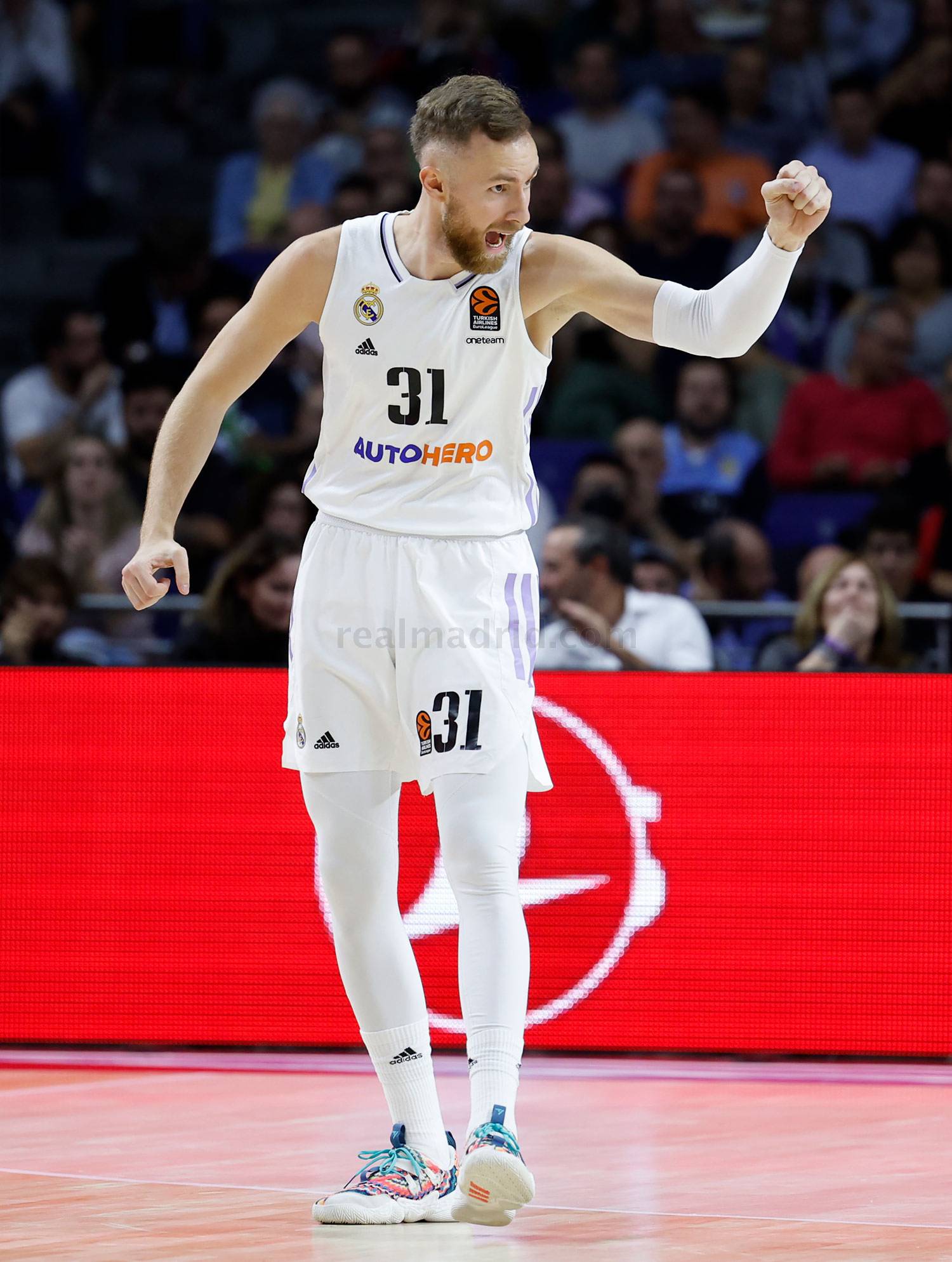 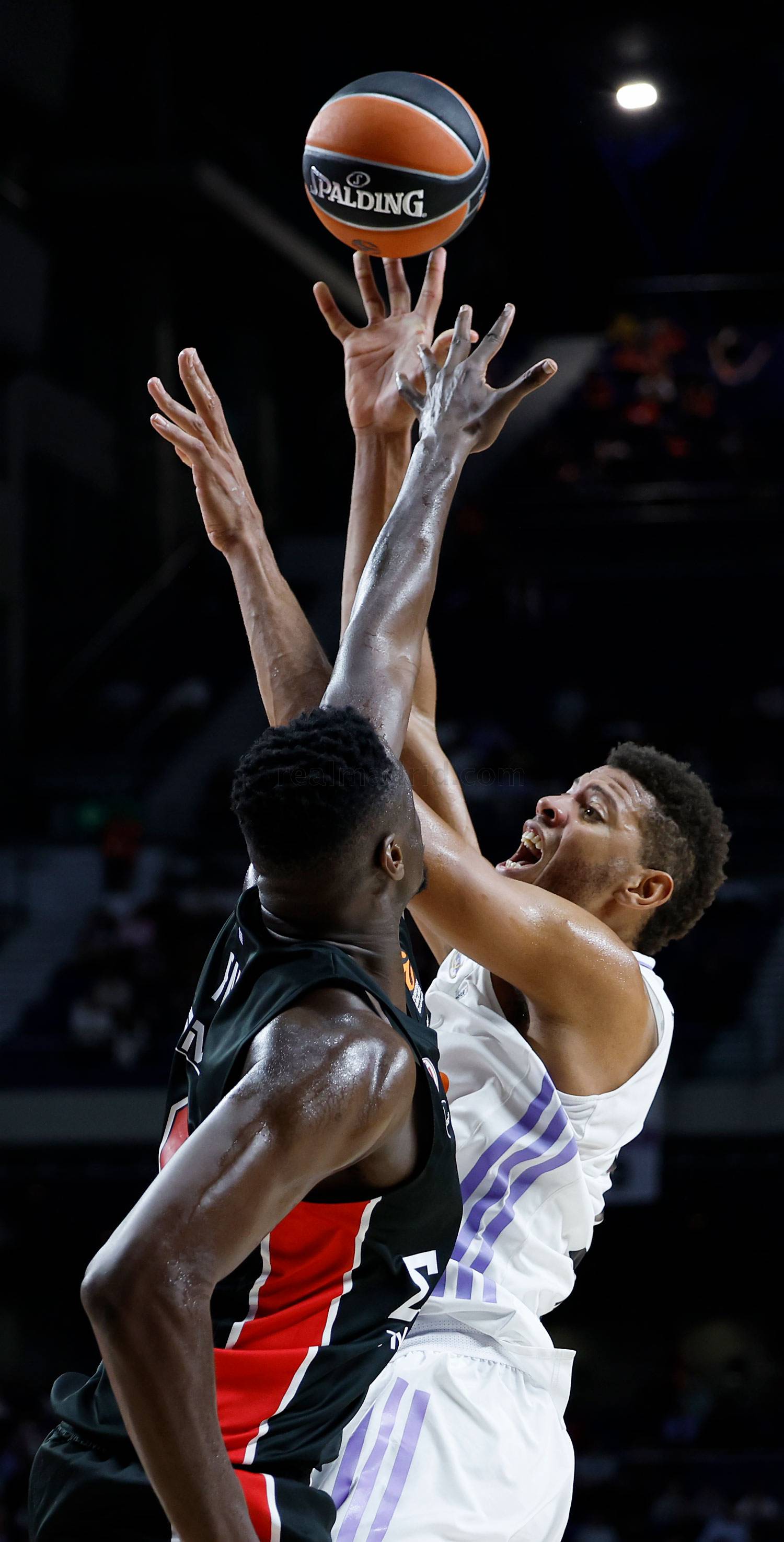