Second league victory for Chus Mareo’s side, who set themselves on course in the first quarter with a 17-point run. 16-year-old Hugo González made his debut.

Real Madrid defeated Monbus Obradoiro on matchday two of the Liga Endesa. 105 days after lifting the club’s 36 league trophy, the Whites made their return to the WiZink Center with another piece of silverware under their belts, the Super Cup, and they marked the return with a victory, their second in the competition and fourth in total so far this season. Chus Mateo‘s men were dominant throughout the match and produced a superb first quarter (27-12) to put themselves well in control of the proceedings with a lead that reached over 20 points towards the end. Musa (22 points and a PIR of 24) spearheaded the hosts. Hugo González made his debut at the tender age of 16 years and 7 months, to become the fourth youngest Madrid player to do so.

Madrid produced a great performance in front of a Palacio that was anxious to see their team again. From the first minute they set a high tempo in attack, shooting superbly from the perimeter (4/5 in three pointers) and showing tremendous fluidity in the inside game. The Poirier-Yabusele partnership (Tavares started the game but had to abandon the court after two minutes after receiving a blow to the face) was on fire in the paint, dominating the rebound and the center was the team’s top scorer in the first quarter with eight points. In the fifth minute, Madrid had racked up 19 points for a total of 27 in the opening period. But it was not just on the offensive end. Their defensive output also halted the Galician side (27-12, min. 10).

Madrid extend their lead
Following a basket by Hezonja, which put Real Madrid 17 points ahead at the beginning of the second quarter, the game entered a hectic phase. This saw Monbus Obradoiro benefit from their improvement in attack with the introduction of T. Scrubb and Vicedo. But it did not last long and the effect was effervescent. Chus Mateo's charges regained their fluidity at the hoop and did a great job on the offensive rebound, which allowed them to create second options and to draw fouls from their opponents to go for the free throws, where they were very clinical. Musa and Tavares restored calm to the WiZink Center before the break (42-23, min. 19).

It was the same story in the third quarter. Madrid's dominance, reflected in a 20-point lead at the midway point of the third quarter (57-37), was disrupted by another comeback from the visitors in the final stretch of the quarter. Moncho Fernández's troops began to take more risks with their pressing and had their best spell of the game. They went on to score 30 points, but Madrid remained in control of the game on the offensive end, responding to their opponents' surge with some composed play (69-55, min. 30).

Musa secures the victory
As the Galicians tried to get a foothold in the game, Musa stepped up to secure the win. The Bosnian small forward once again produced an exhibition, scoring 14 points in the final quarter and sending the Whites twenty points clear. But the icing on the cake was still to come, as Hugo González was brought on for his debut. Chus Mateo introduced him with 3 minutes to go and the 16-year-old academy player even had time to add 4 points. Madrid also brought on Ndiaye (93-79, min. 40). This is a good start to a very demanding October in which the team will play 9 more games. Next up will be the EuroLeague opener against Panathinaikos (Thursday, 8pm CET). 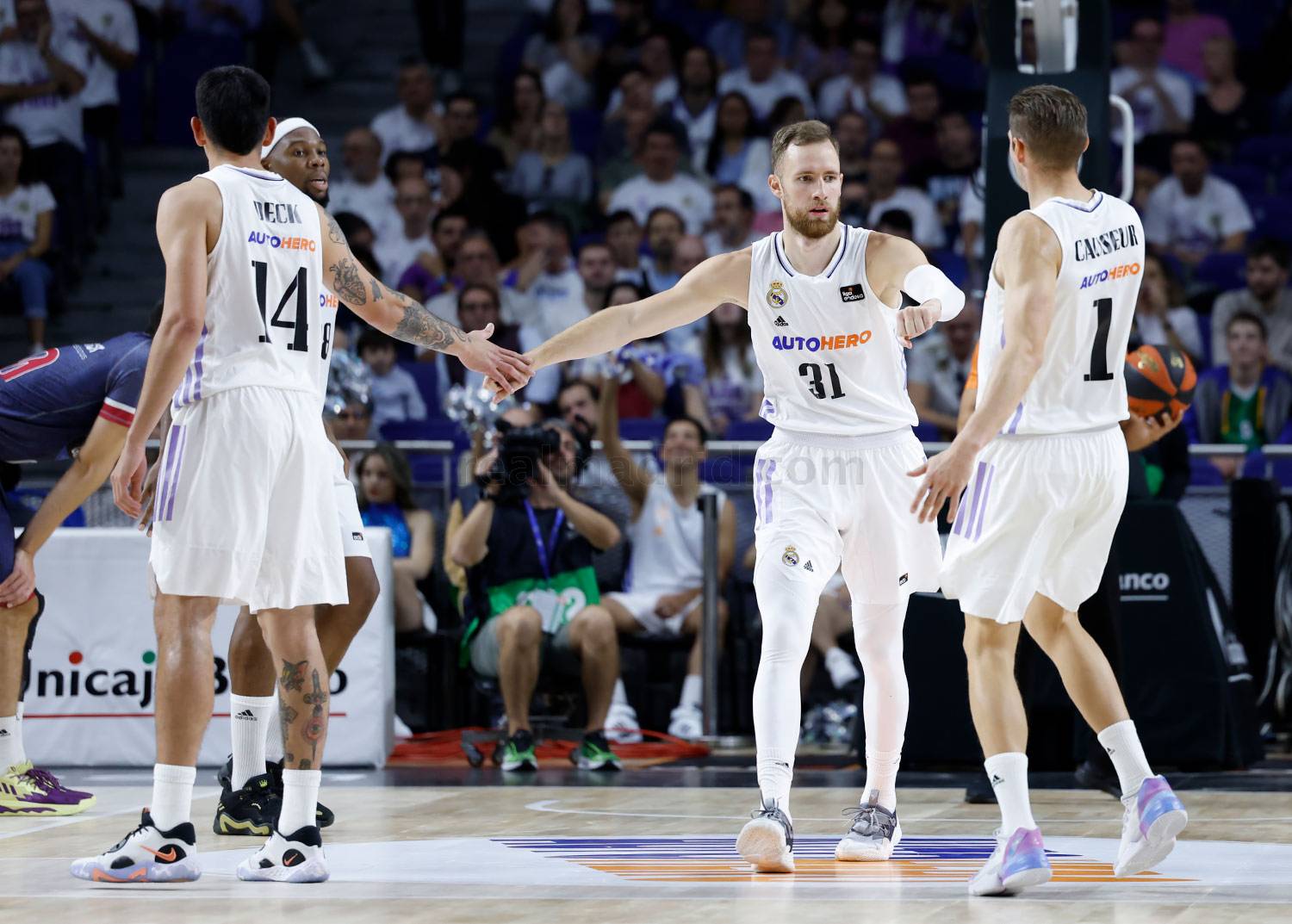 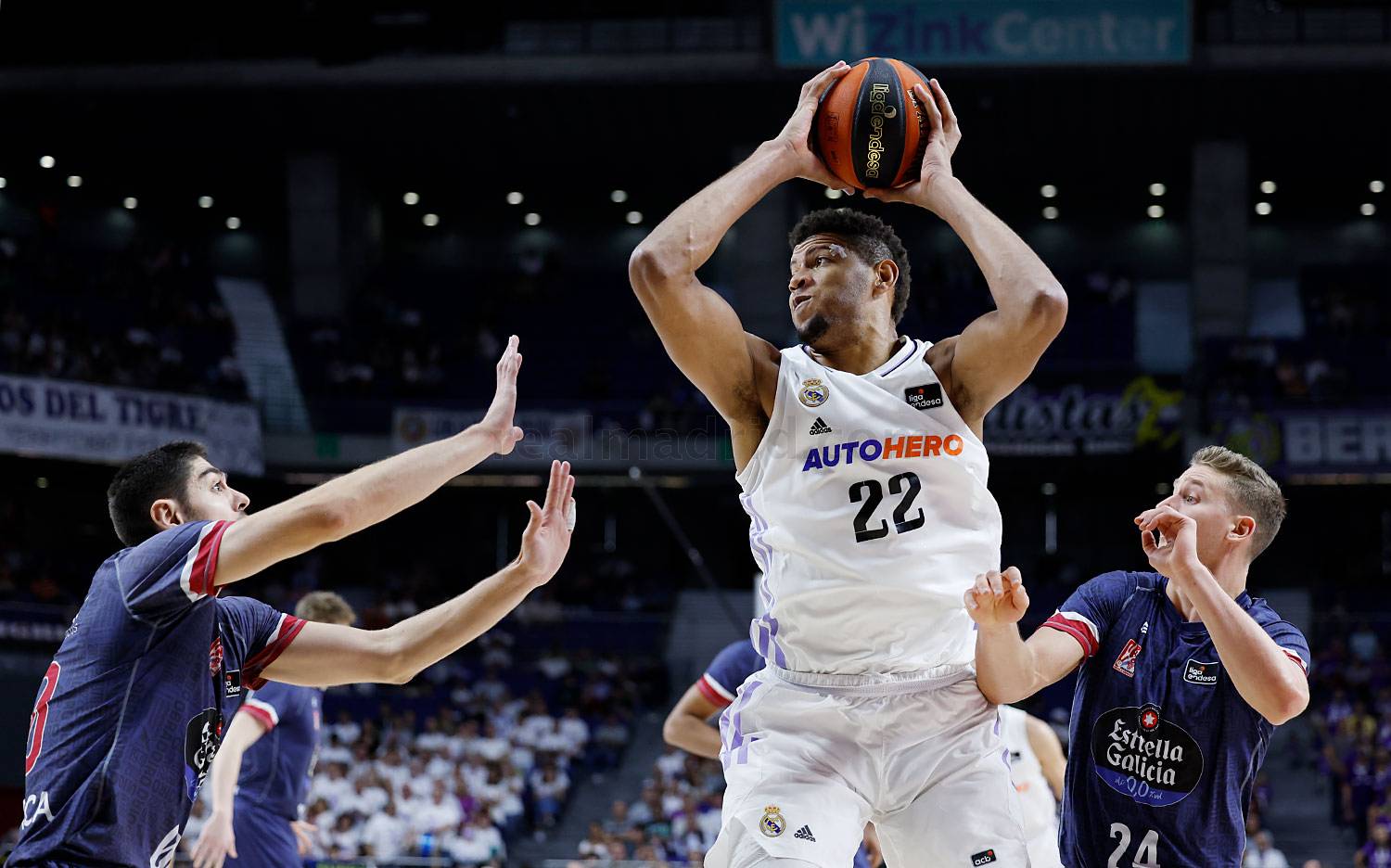 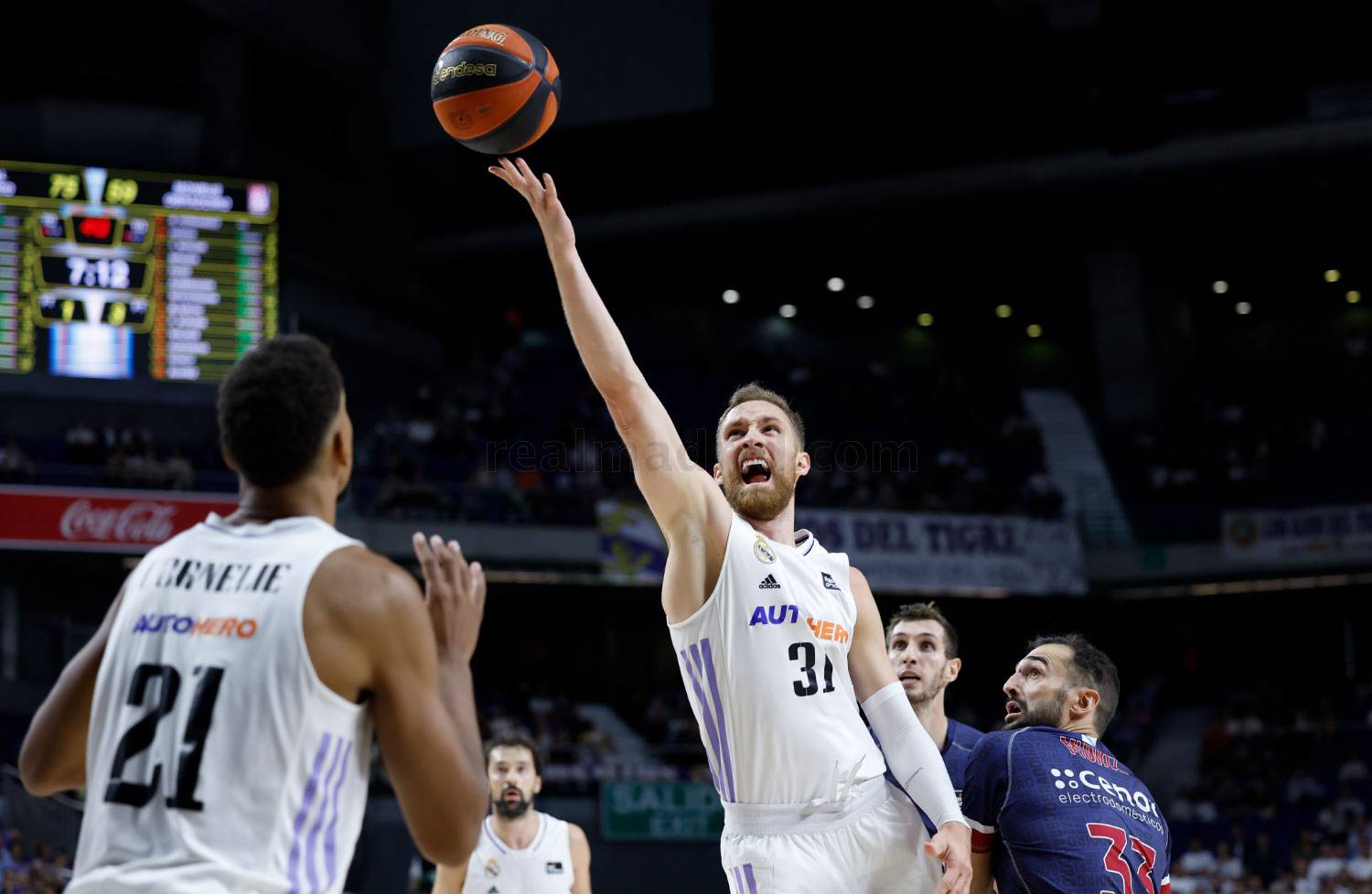 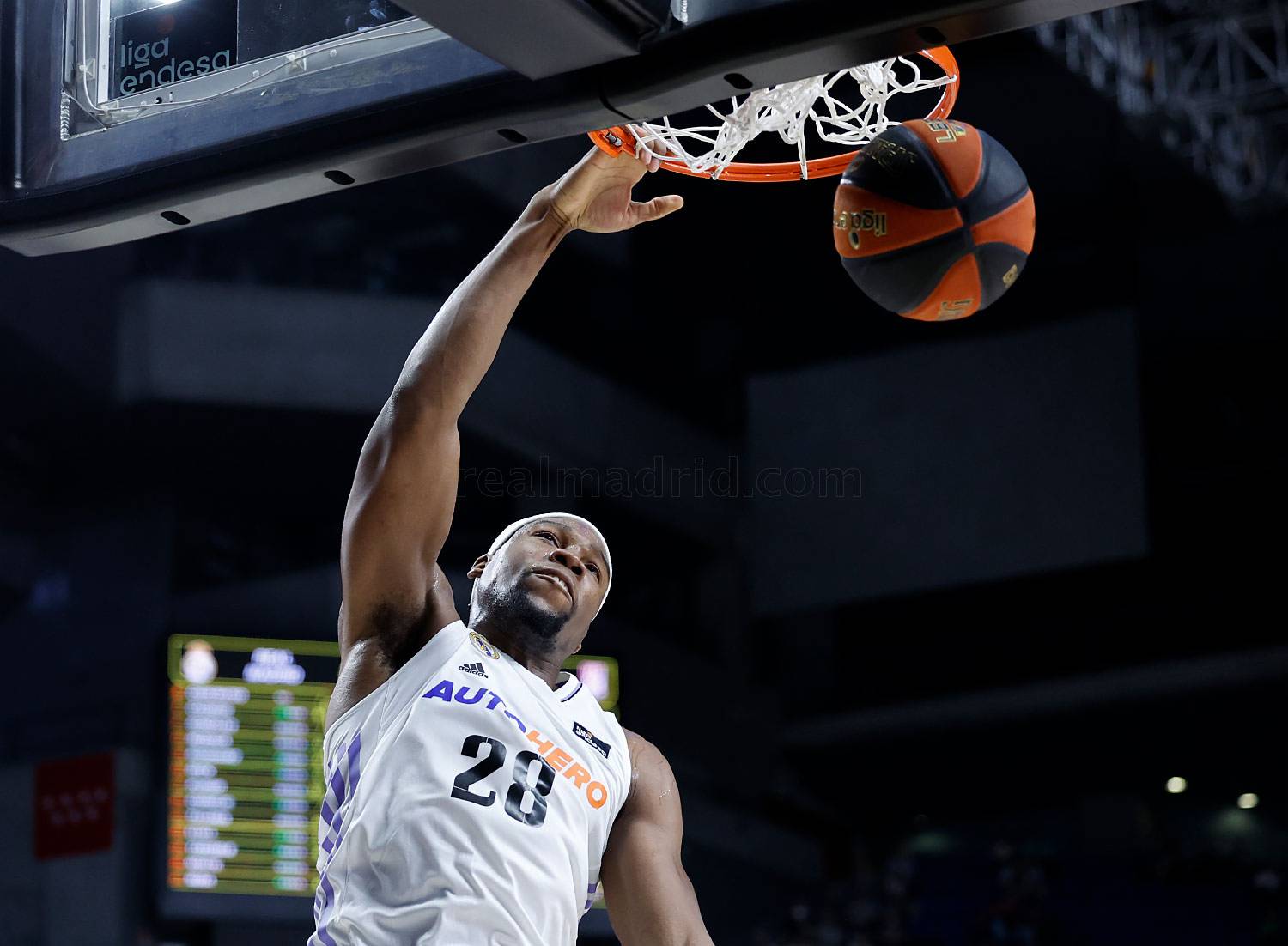 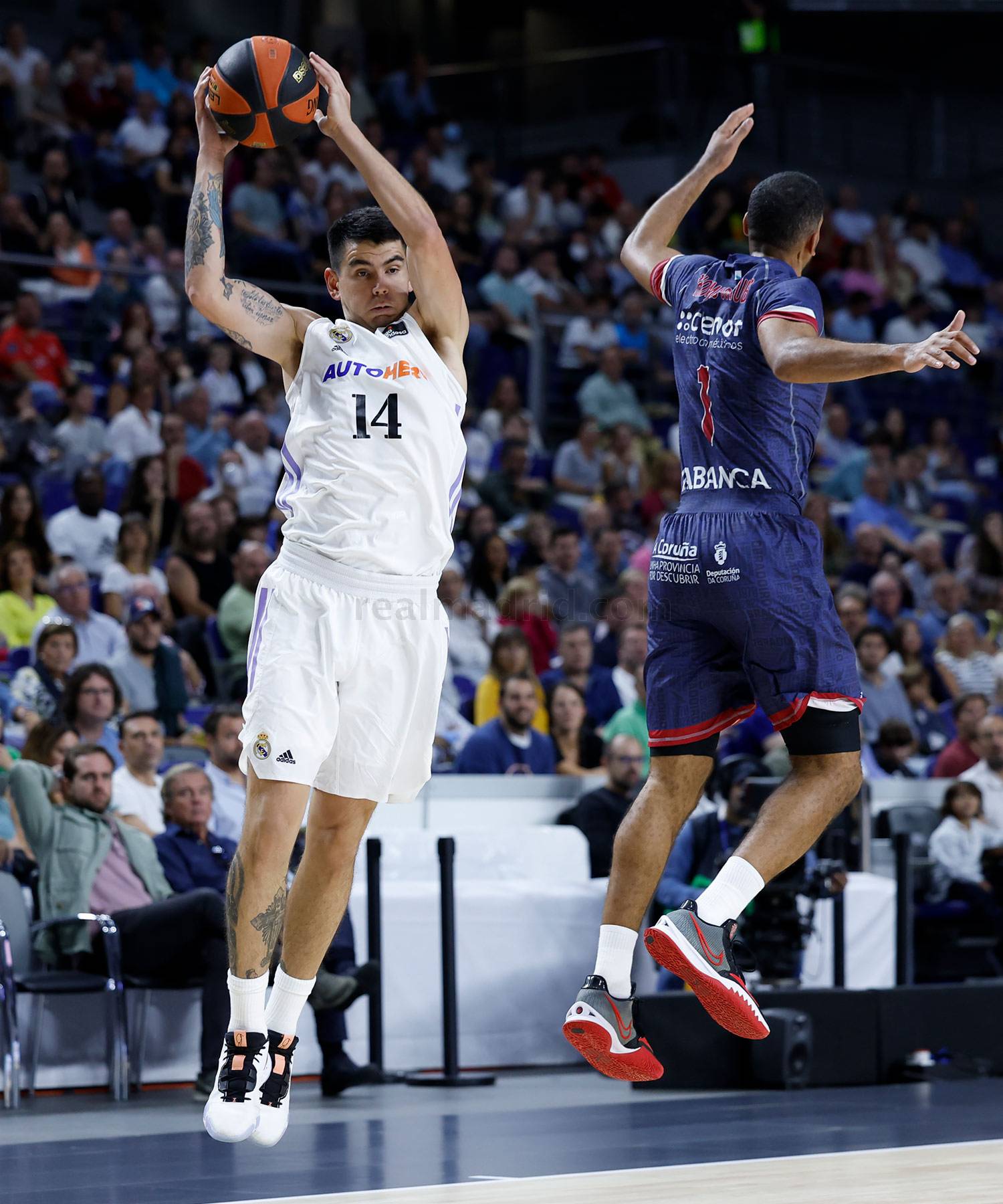 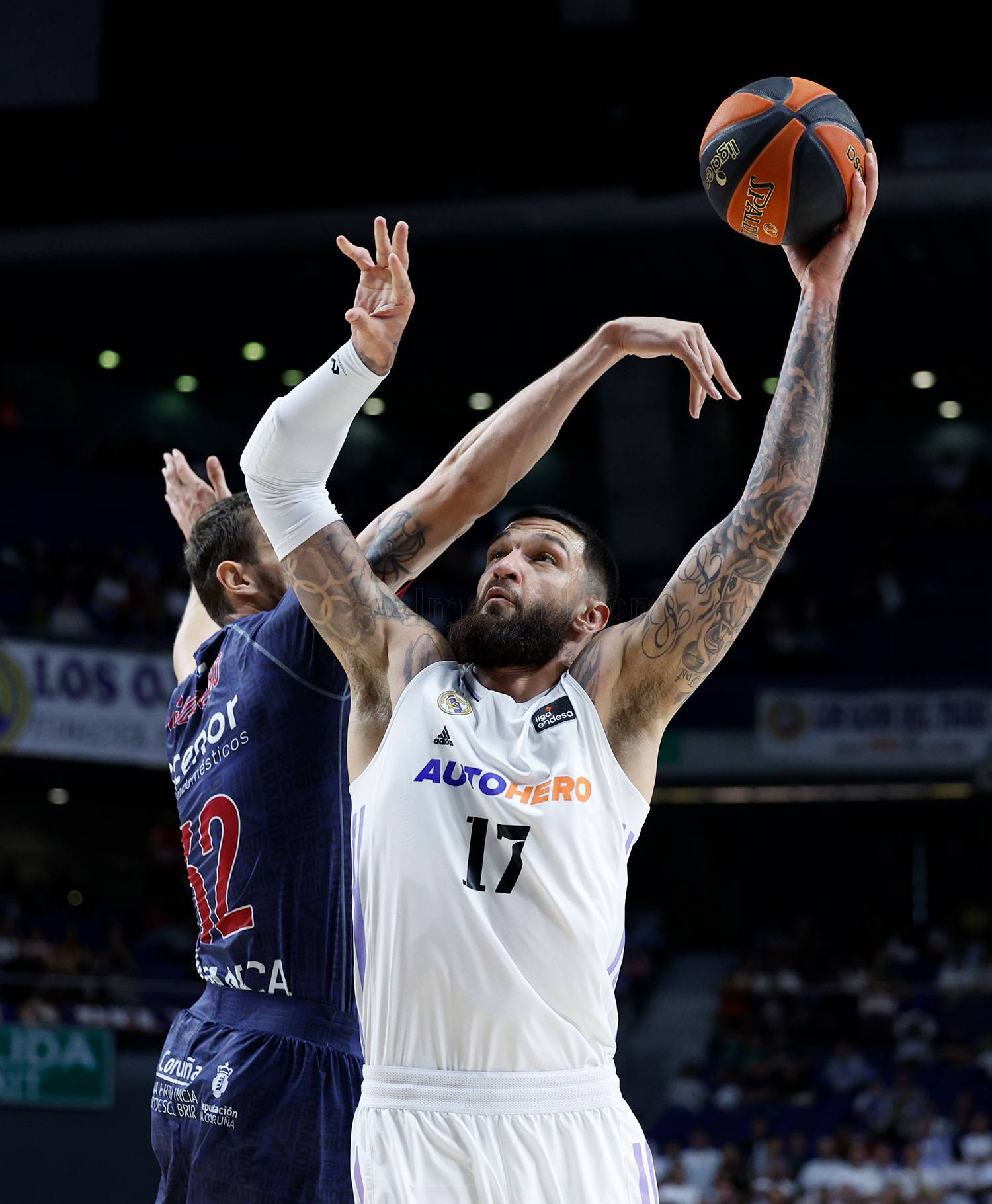 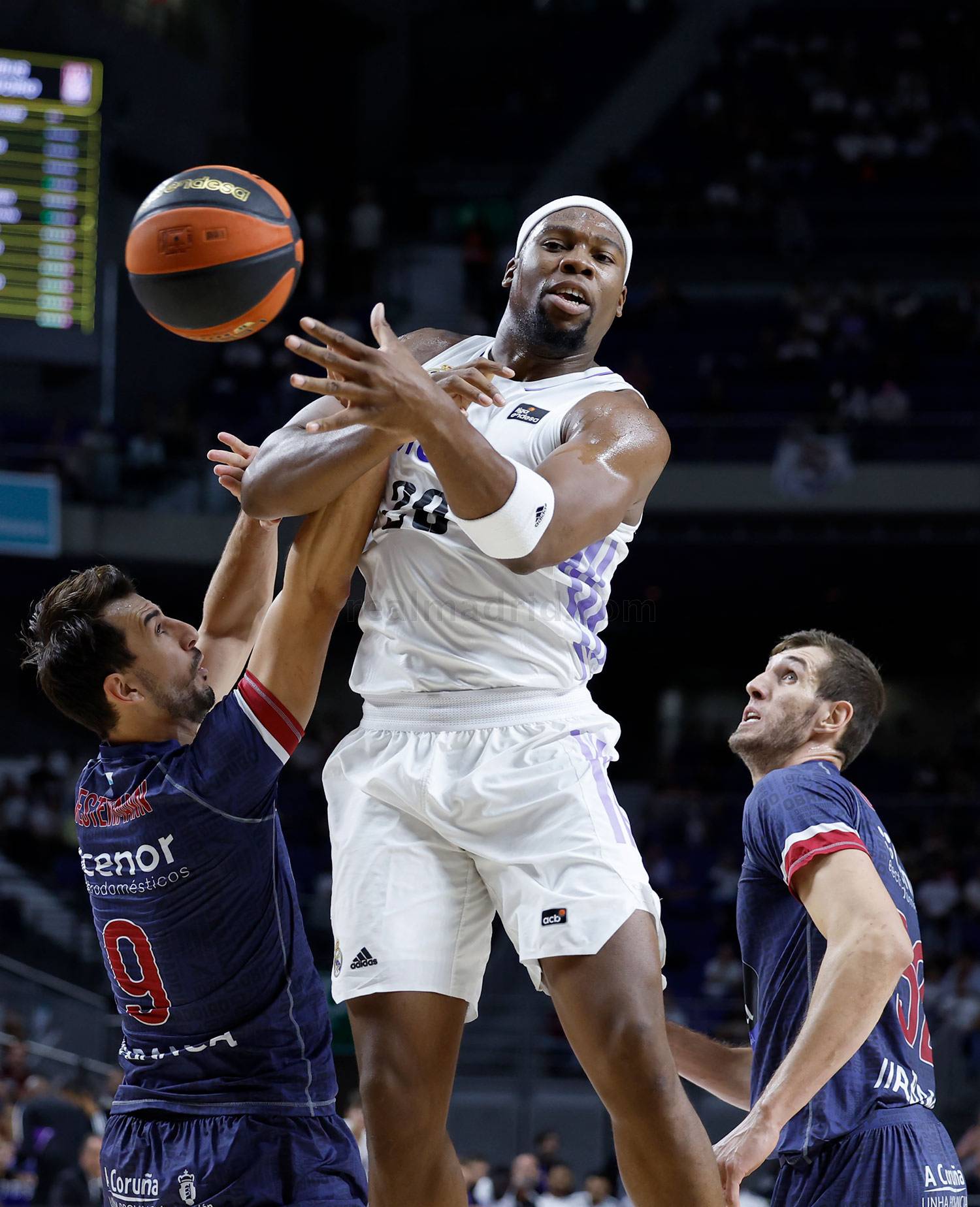 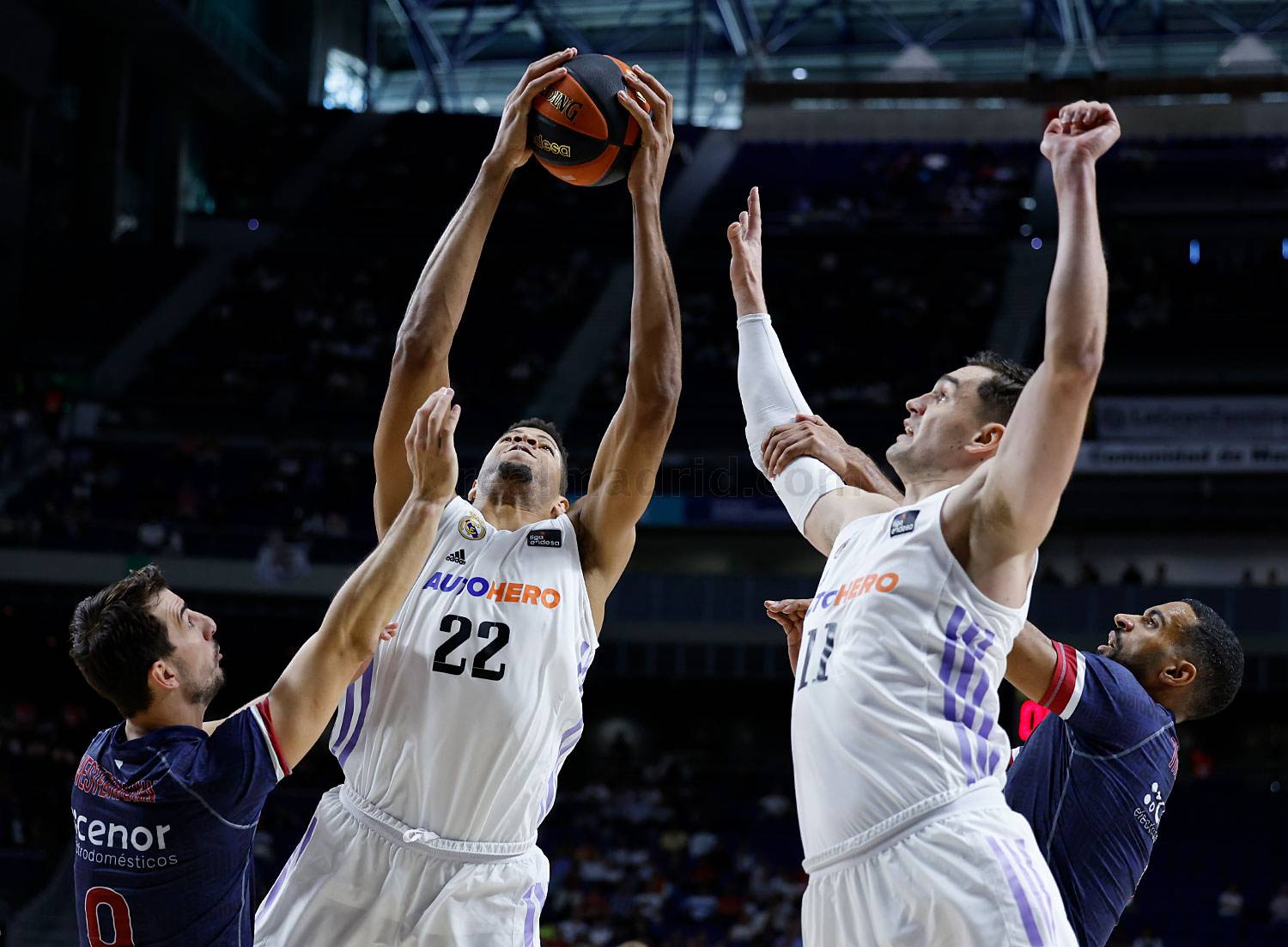 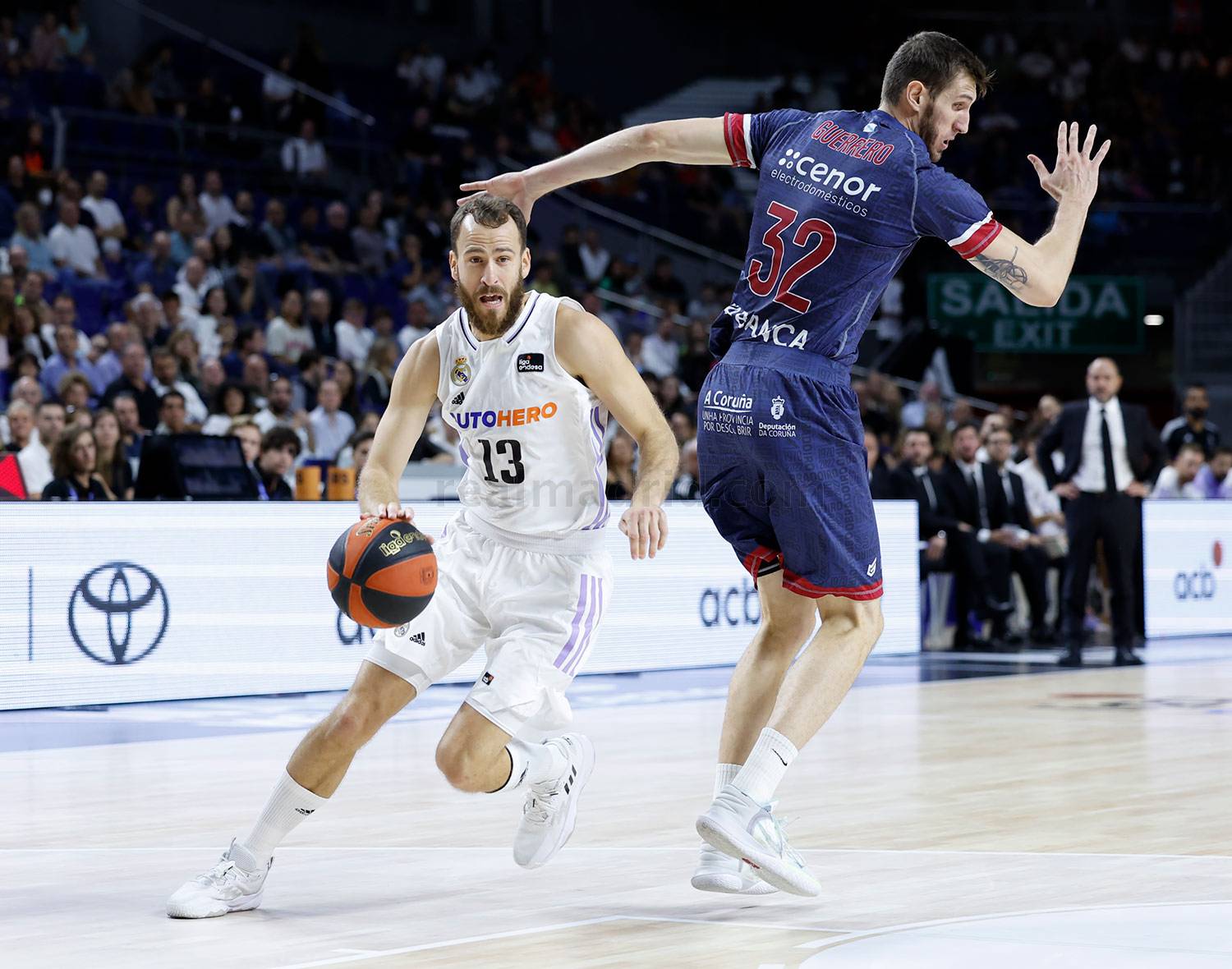 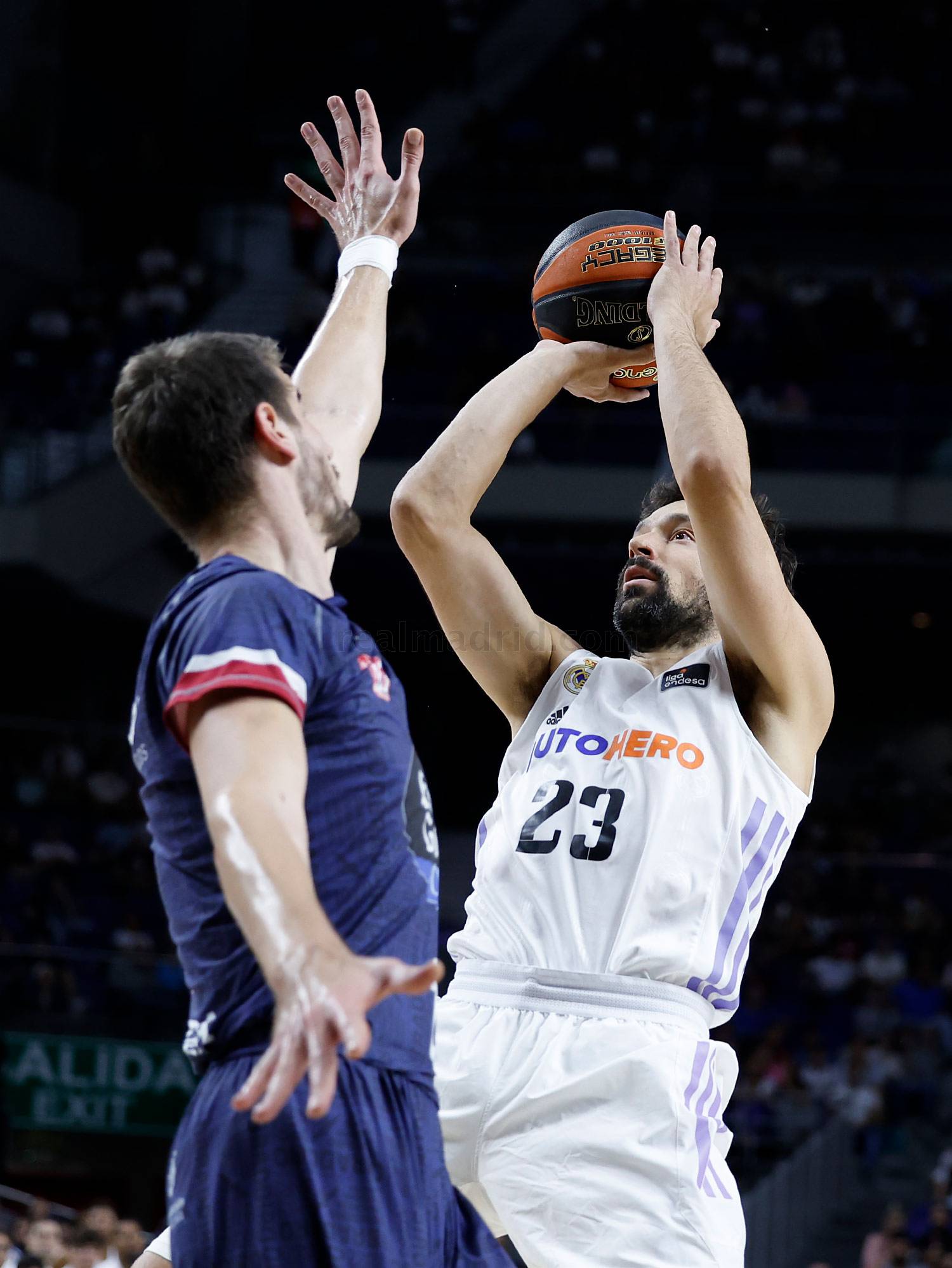 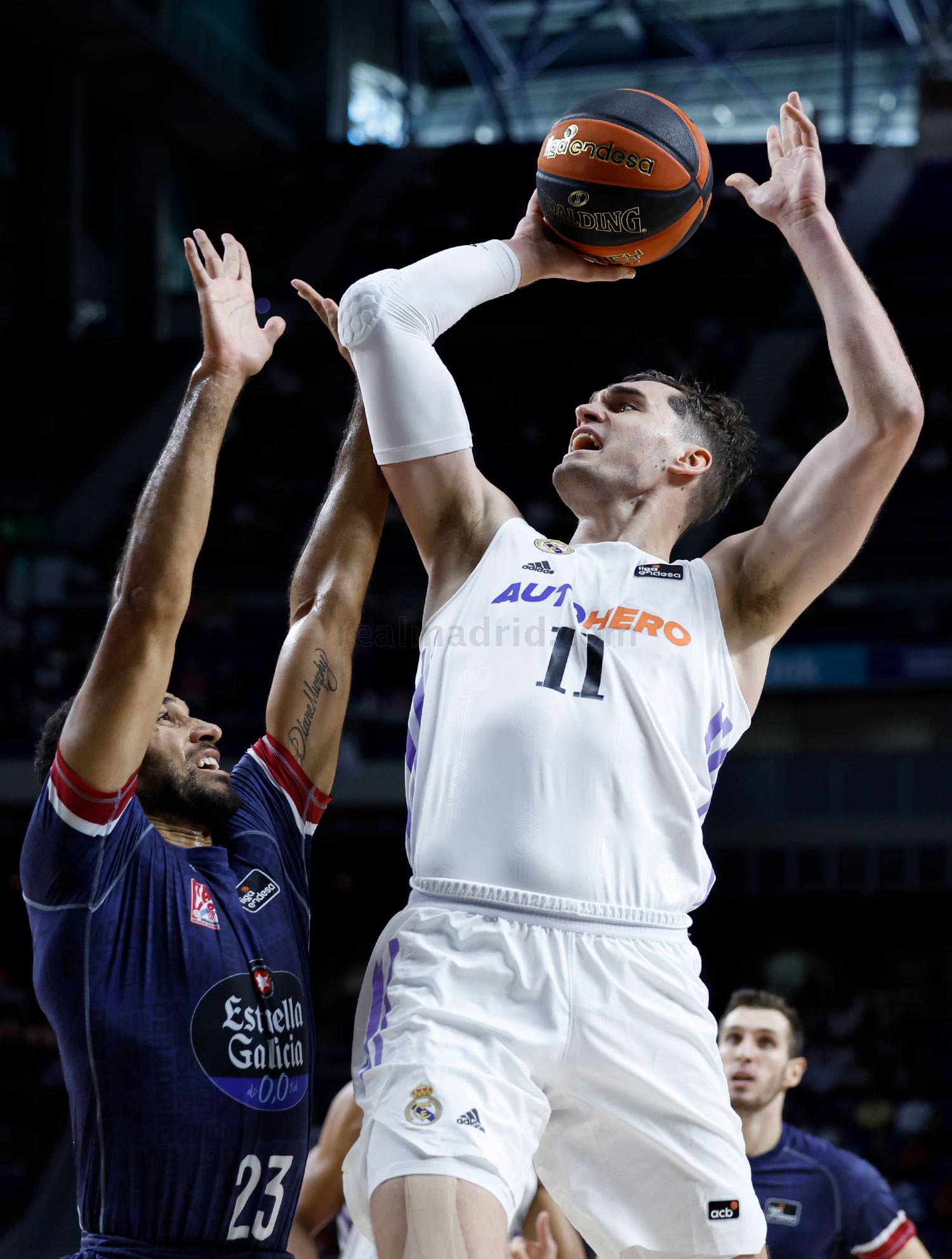 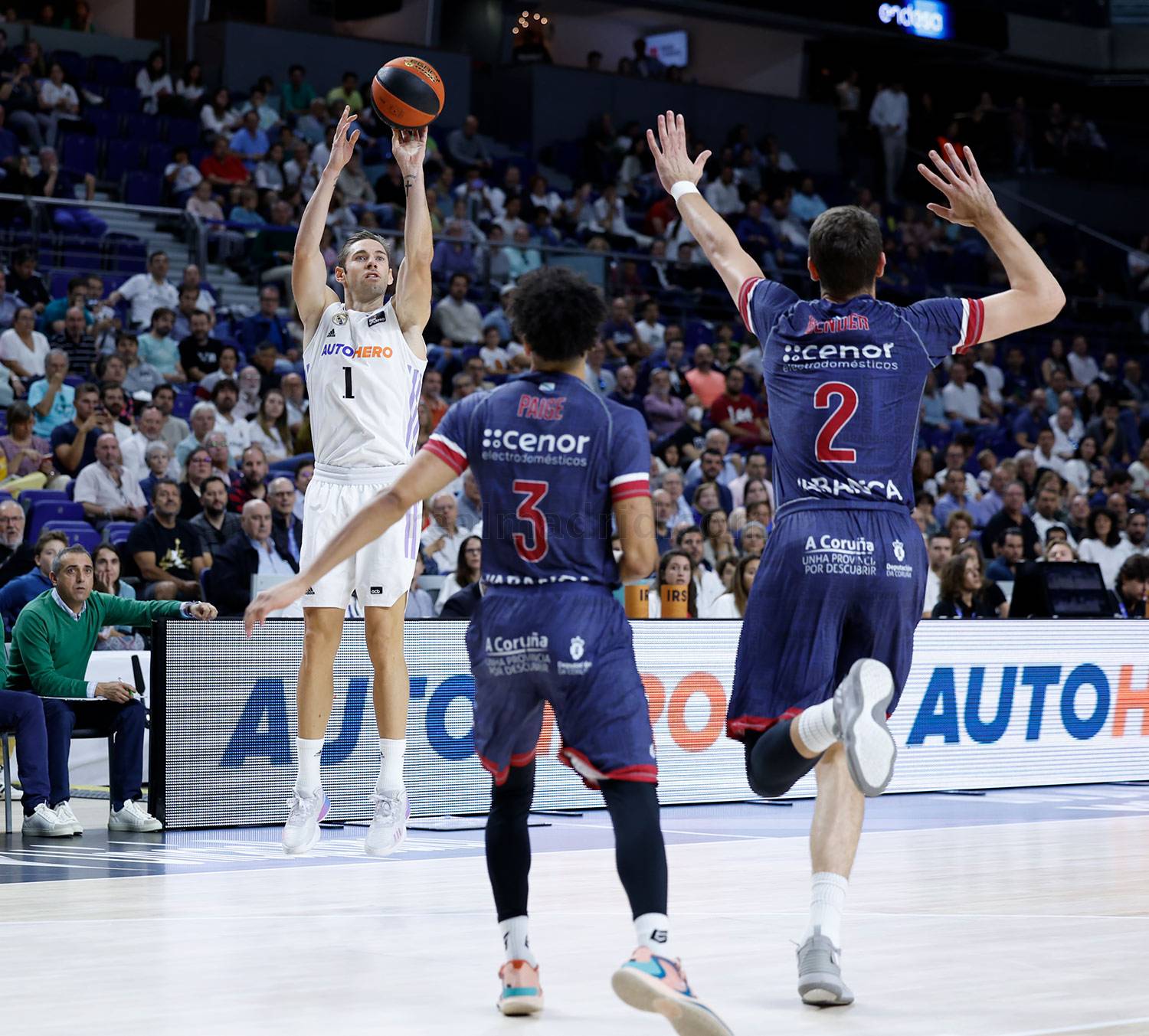 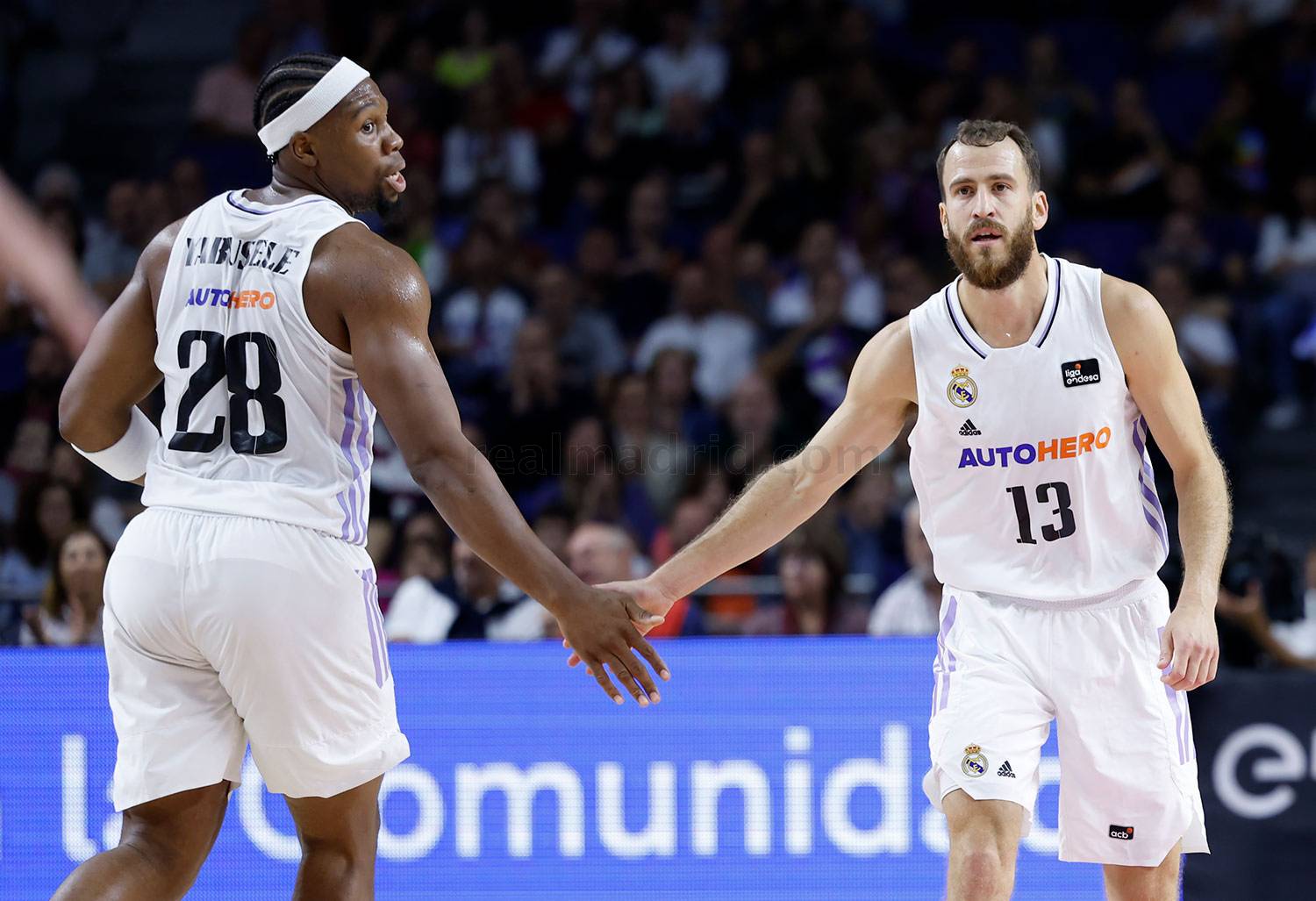 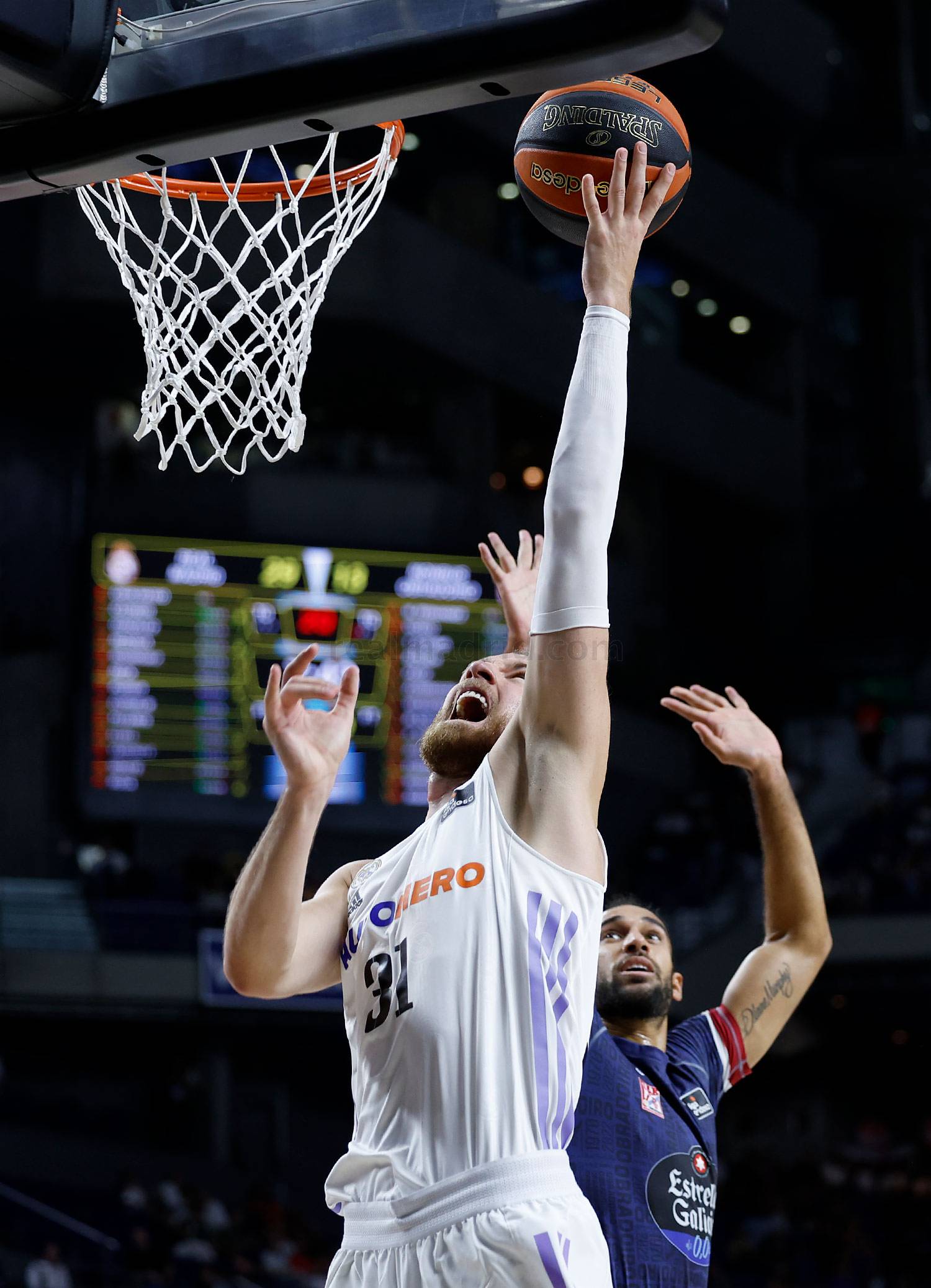 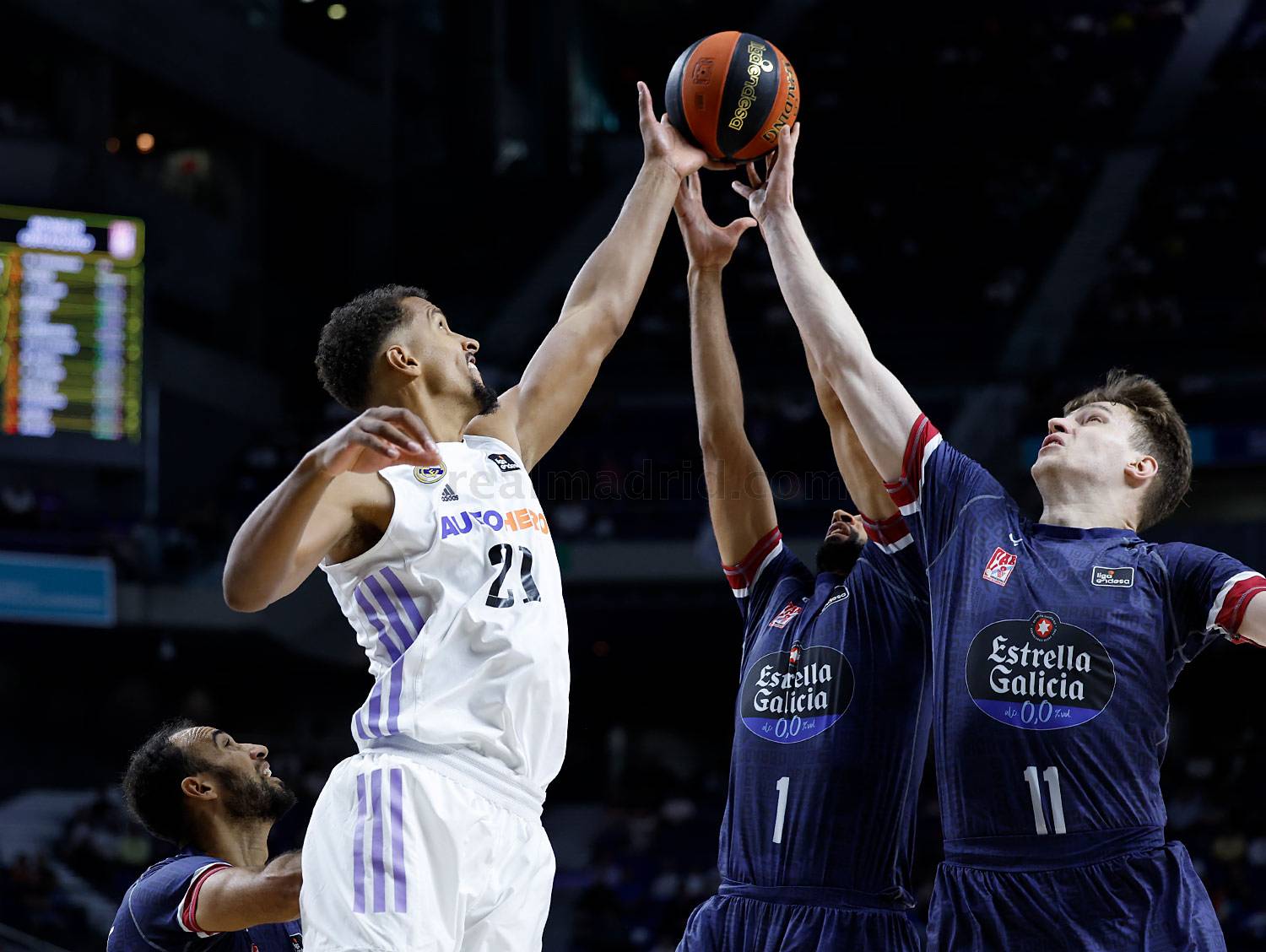