LaLiga leaders pick up fifth win in a row 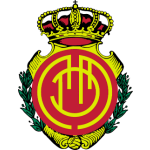 Real Madrid came from behind at home against Mallorca thanks to stunning strikes by Valverde, Vini Jr. and Rodrygo, and another from Rüdiger.

Real Madrid show no signs of letting up and cemented their place at the top of the table with a strong comeback to beat a solid Mallorca side. The visitors went ahead in the first half but Valverde's wonder goal in injury time, followed by beautiful efforts from Vini Jr., and Rodrygo, plus Rüdiger's strike in the second half, clinched all three points for our team, who have won all of their seven competitive games so far this season (5 in LaLiga, 1 in the Champions League and the European Super Cup).

Real Madrid looked dominant from the off, the first chance falling their way when Ceballos forced Rajkoviç into a fine save with his curling effort from the edge of the box after just 5 minutes. As time wore on, the hosts' possession failed to yield any real goalscoring opportunities. A Kroos long ball was cushioned by Valverde into the path of Rodrygo, but the Brazilian's left-footed shot ended up in the gloves of the visiting goalkeeper.

Valverde nets a worldie
Mallorca had barely carved out a single chance on Courtois' goal when they took the lead with a free-kick. Kang In Lee swung it in on 36 minutes and Muriqi's header ended up in the back of the net. The goal spurred the reigning LaLiga champions on and indeed they were level again before the half-time whistle. As the clock ticked over into injury time, Valverde picked up the ball in his own half, carried it an incredible 52 metres, weaving his way through opposition defenders with ease, before unleashing a spectacular left-footed drive from the edge of the box which arrowed into the top corner.

Video.4-1: LaLiga leaders pick up fifth win in a row

The script remained the same following the restart, with Mallorca camped deep inside their own half allowing our team to come onto them as they searched for the goal that would give them the lead. A series of long shots saw Lucas Vázquez come within inches on 61’, before Mallorca responded three minutes on when Grenier's superb individual play found Antonio Sánchez, who failed to find the target from inside the six-yard box.

Comeback
The reward the hosts deserved did finally arrive with 73 minutes gone, as Rodrygo did brilliantly to evade the attentions of two opposition defenders before laying the ball to Vini Jr. inside the box. His compatriot did the rest, carving out a yard of space with a lovely touch, before finishing beautifully with his left. It's the Brazilian's fifth straight game with a goal. The closing stages saw time for two further goals, the first, by Rodrygo with 89 on the clock, was special. He received the ball miles out, dribbled past three defenders and beat Rajkoviç with a shot across goal. In time added-on, the team's German duo came to the fore to put the icing on the cake, Kroos whipping in a free-kick where Rüdiger was waiting at the back post to net his first madridista goal. 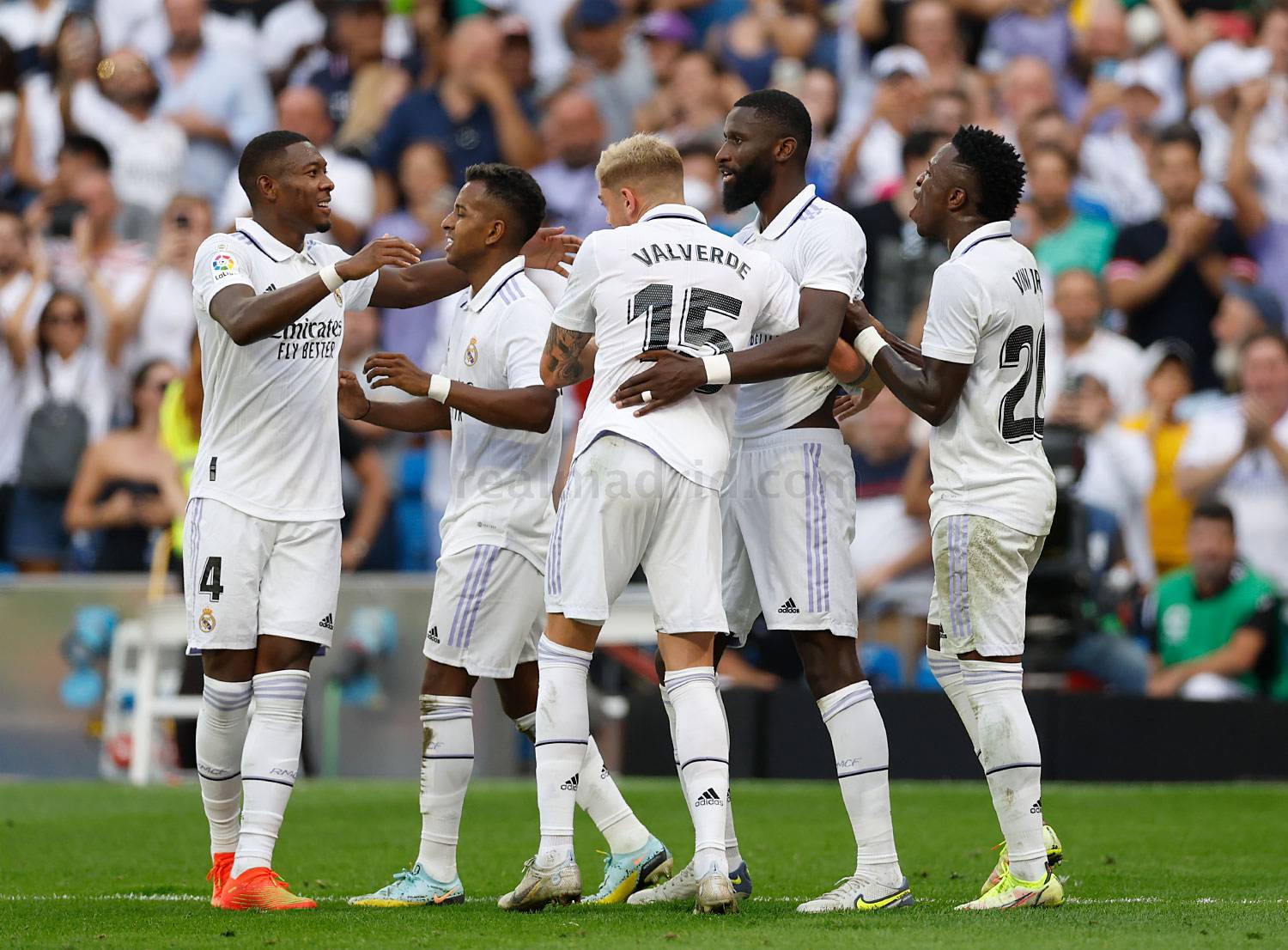 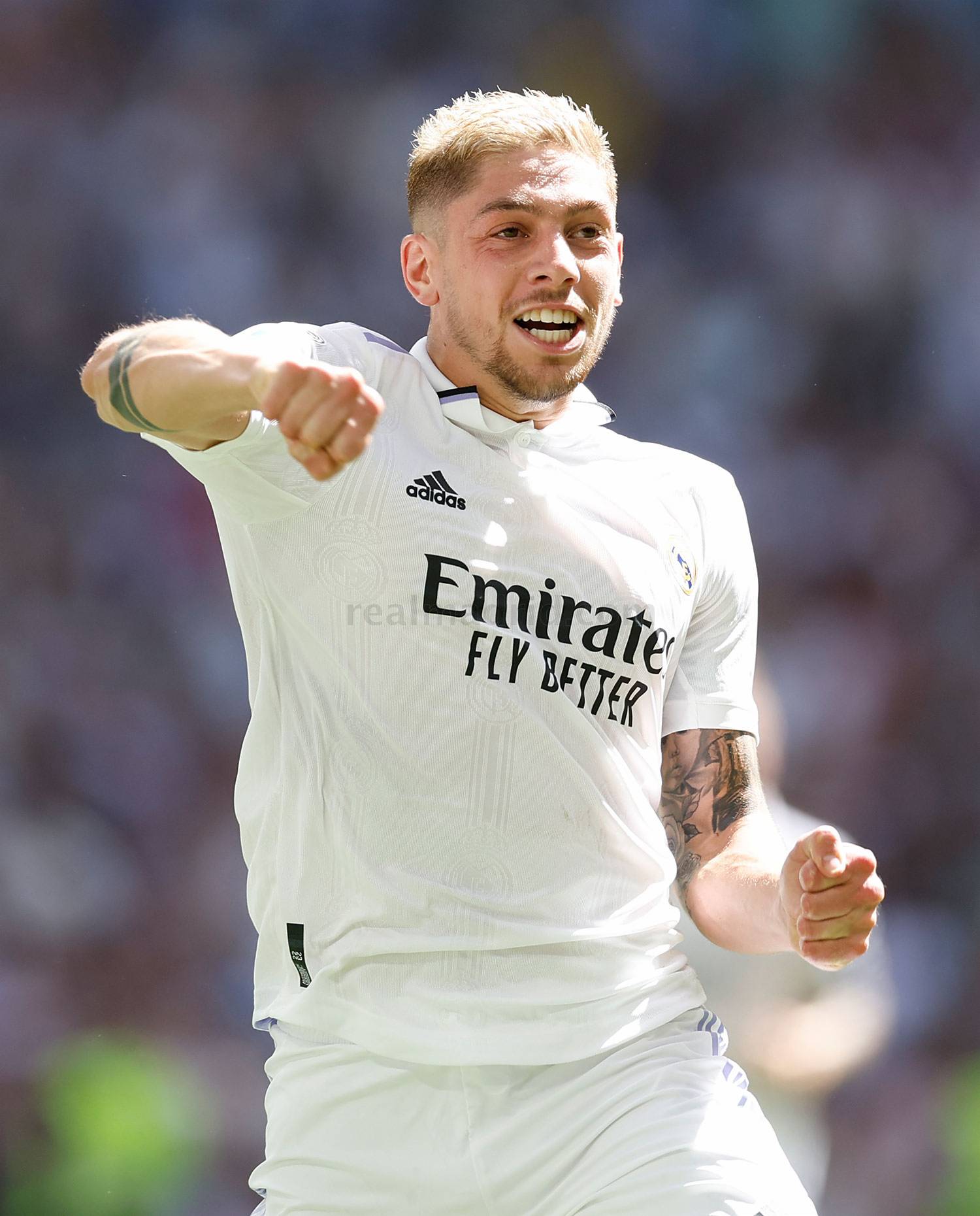 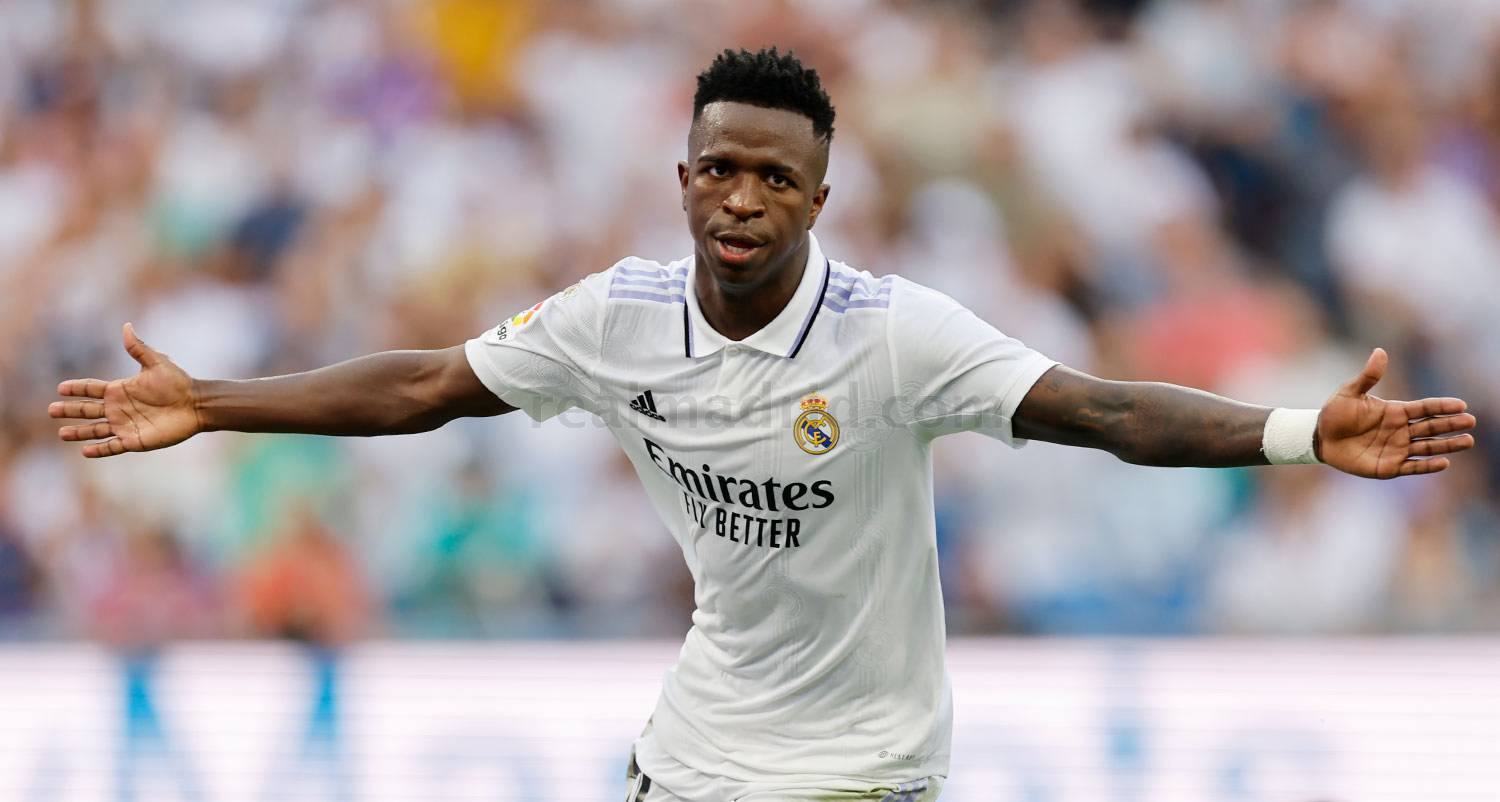 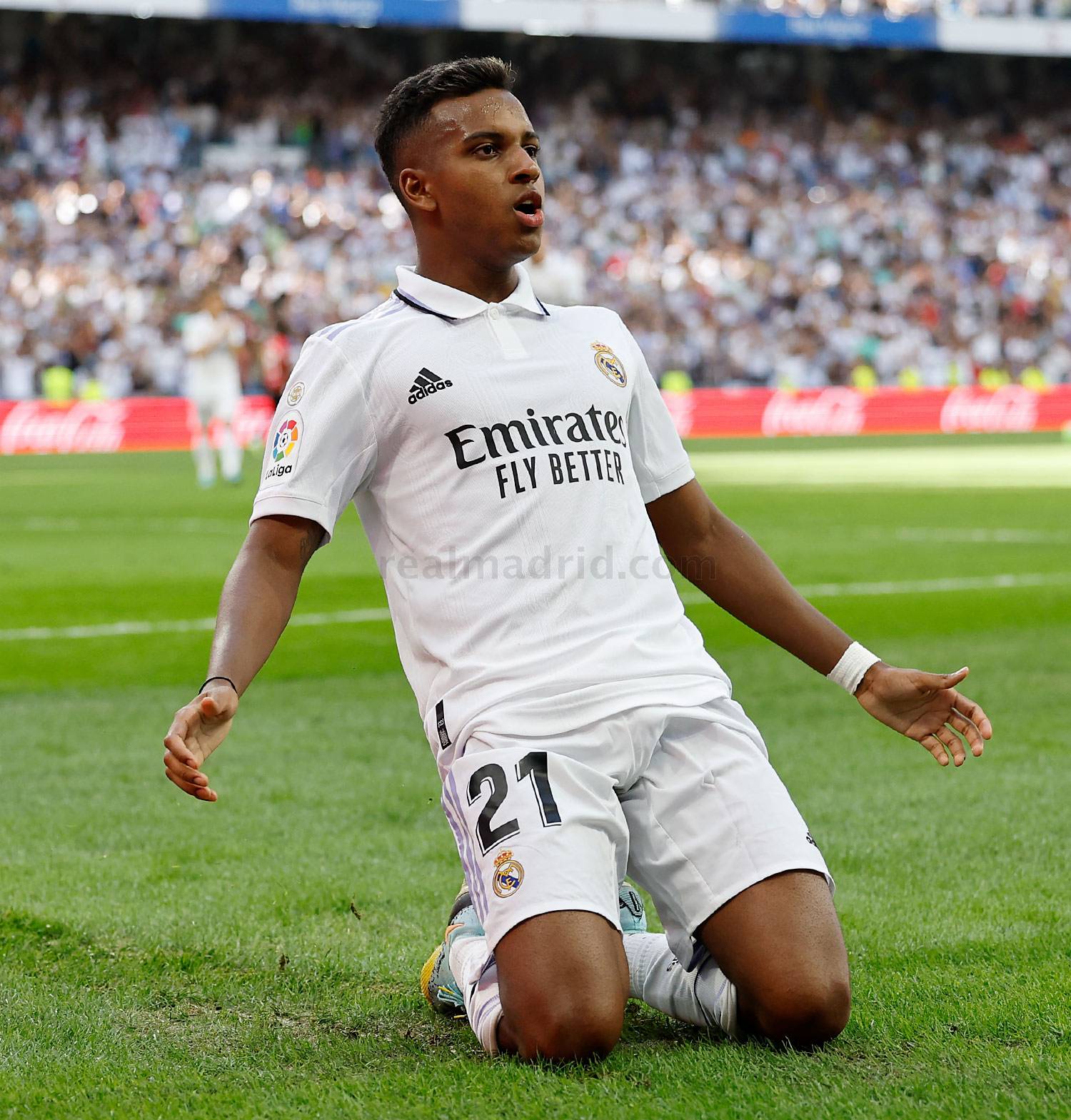 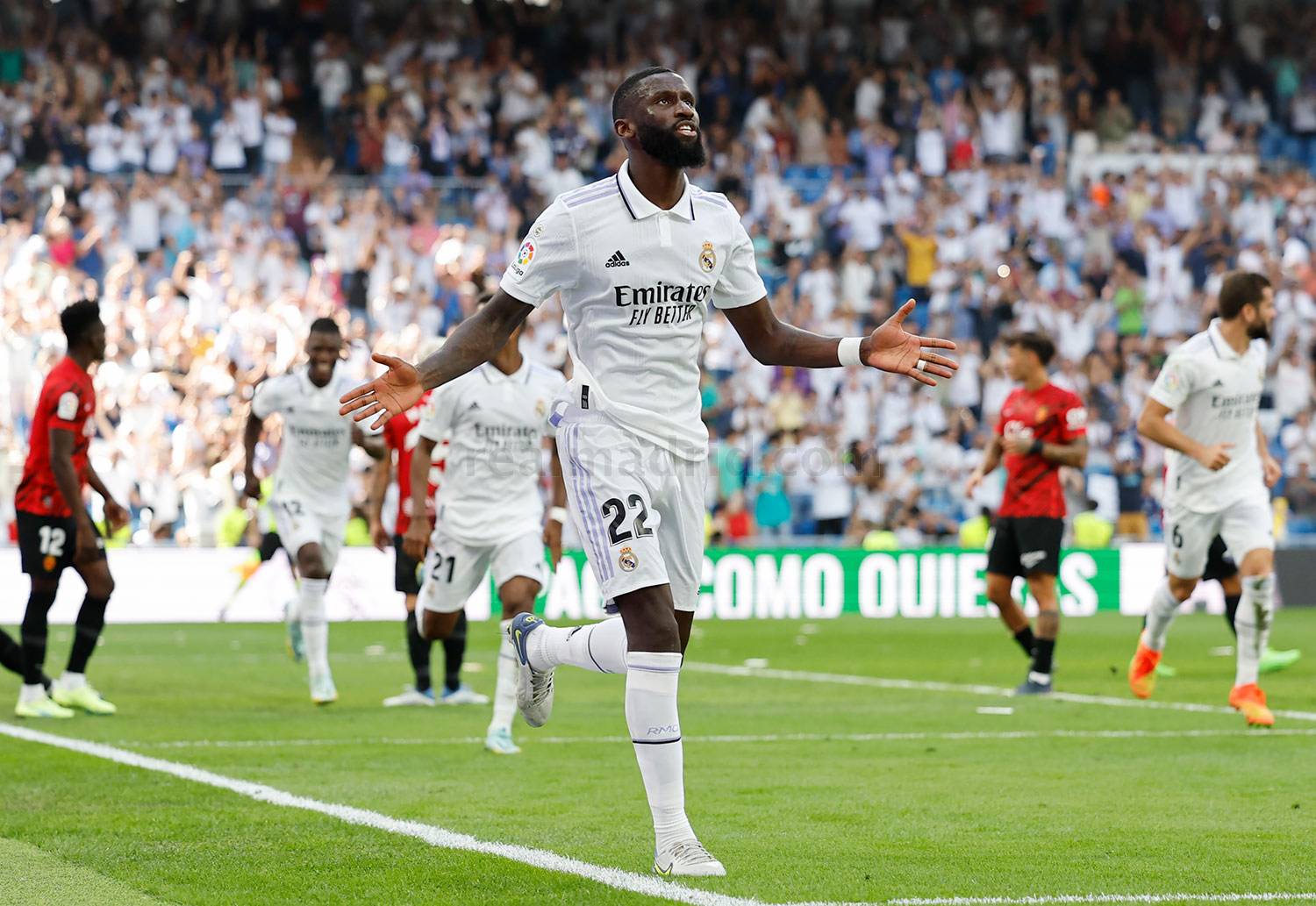 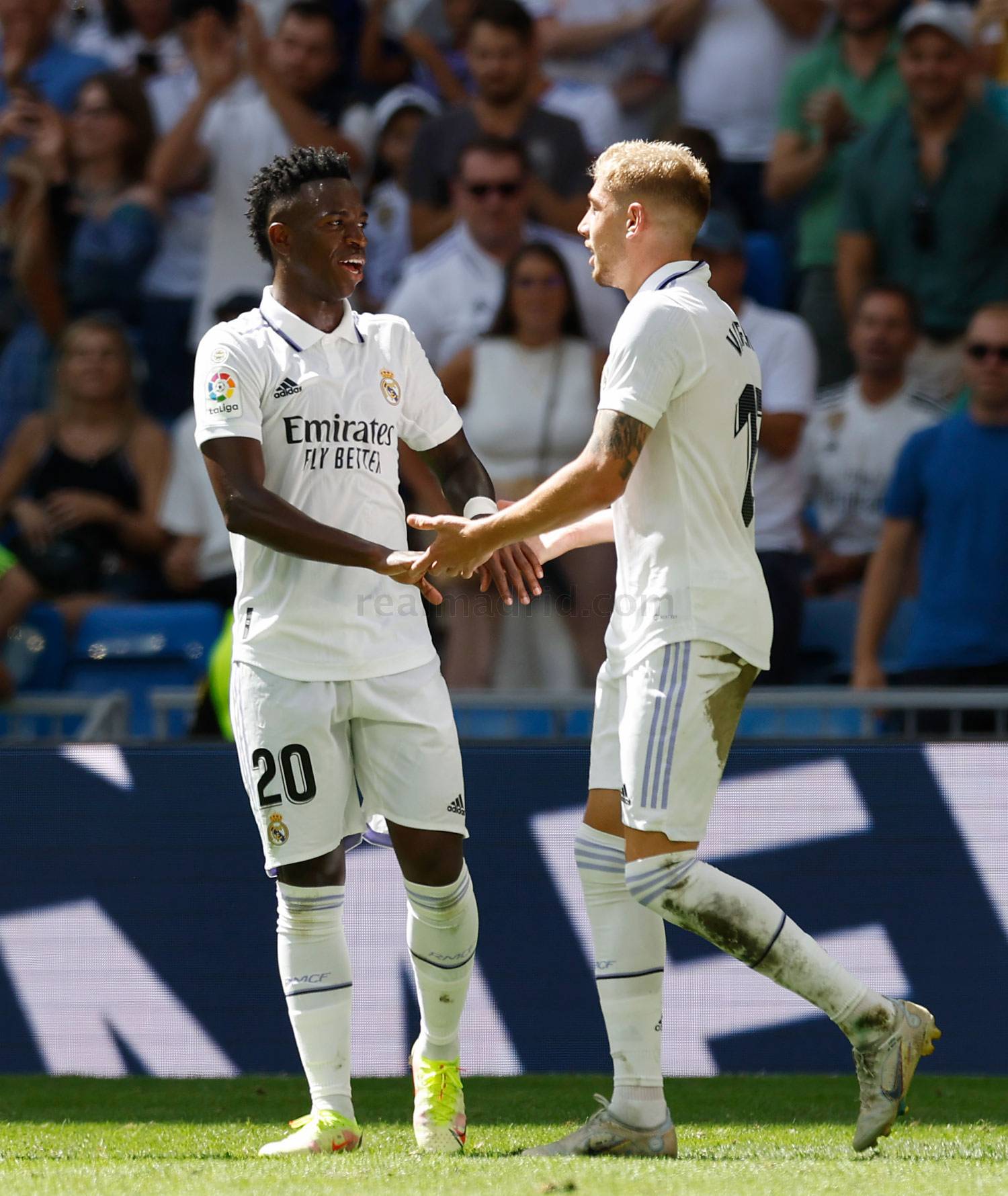 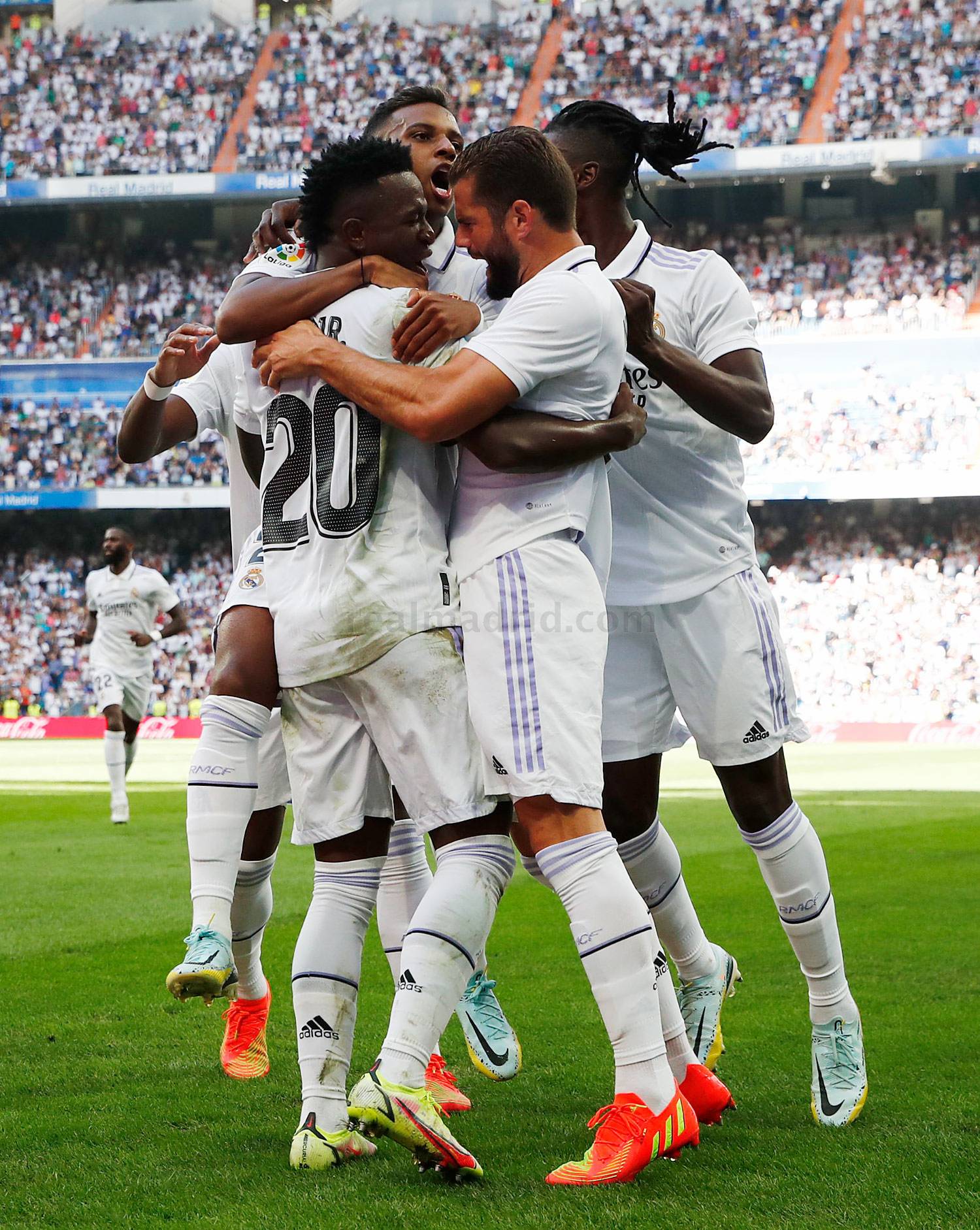 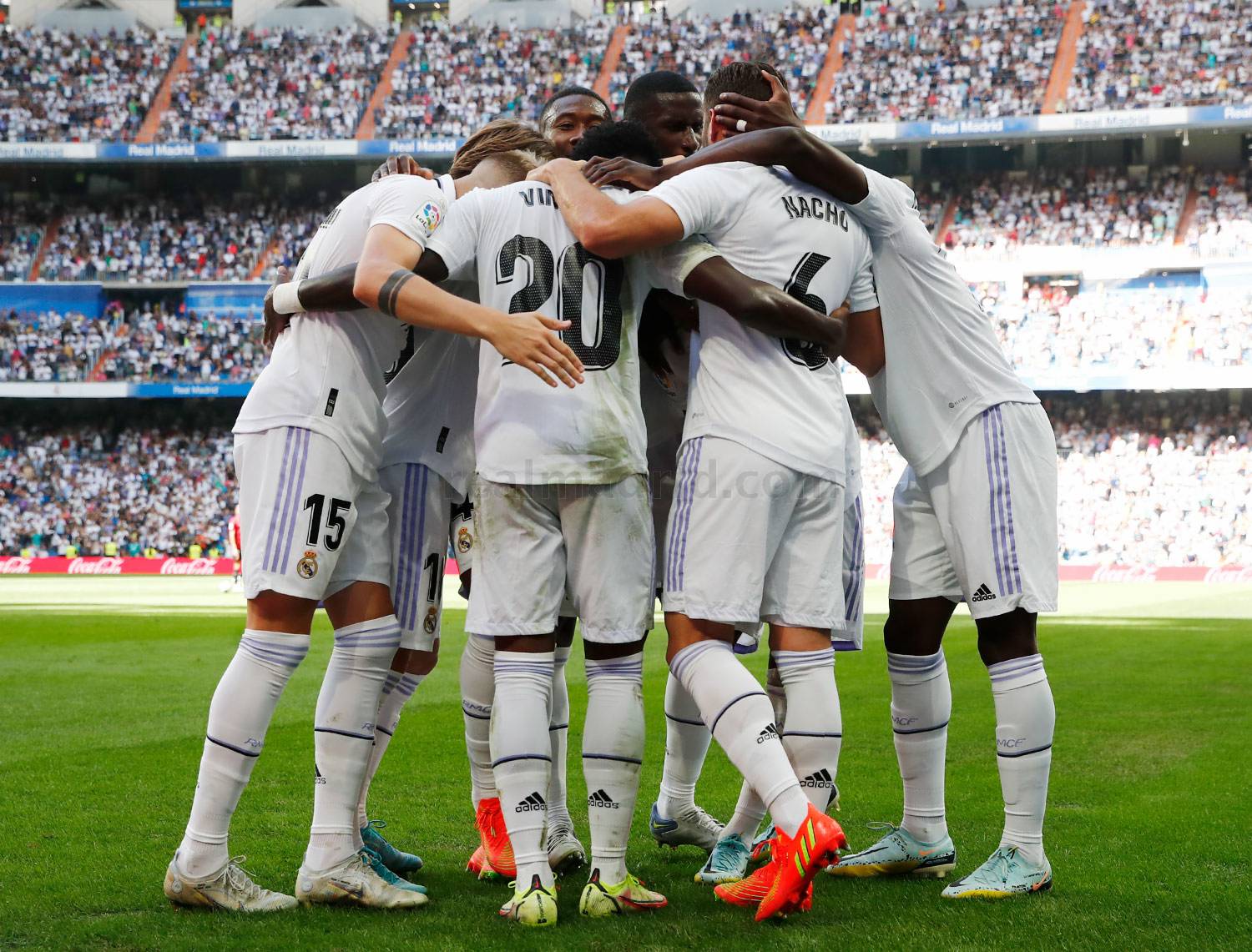 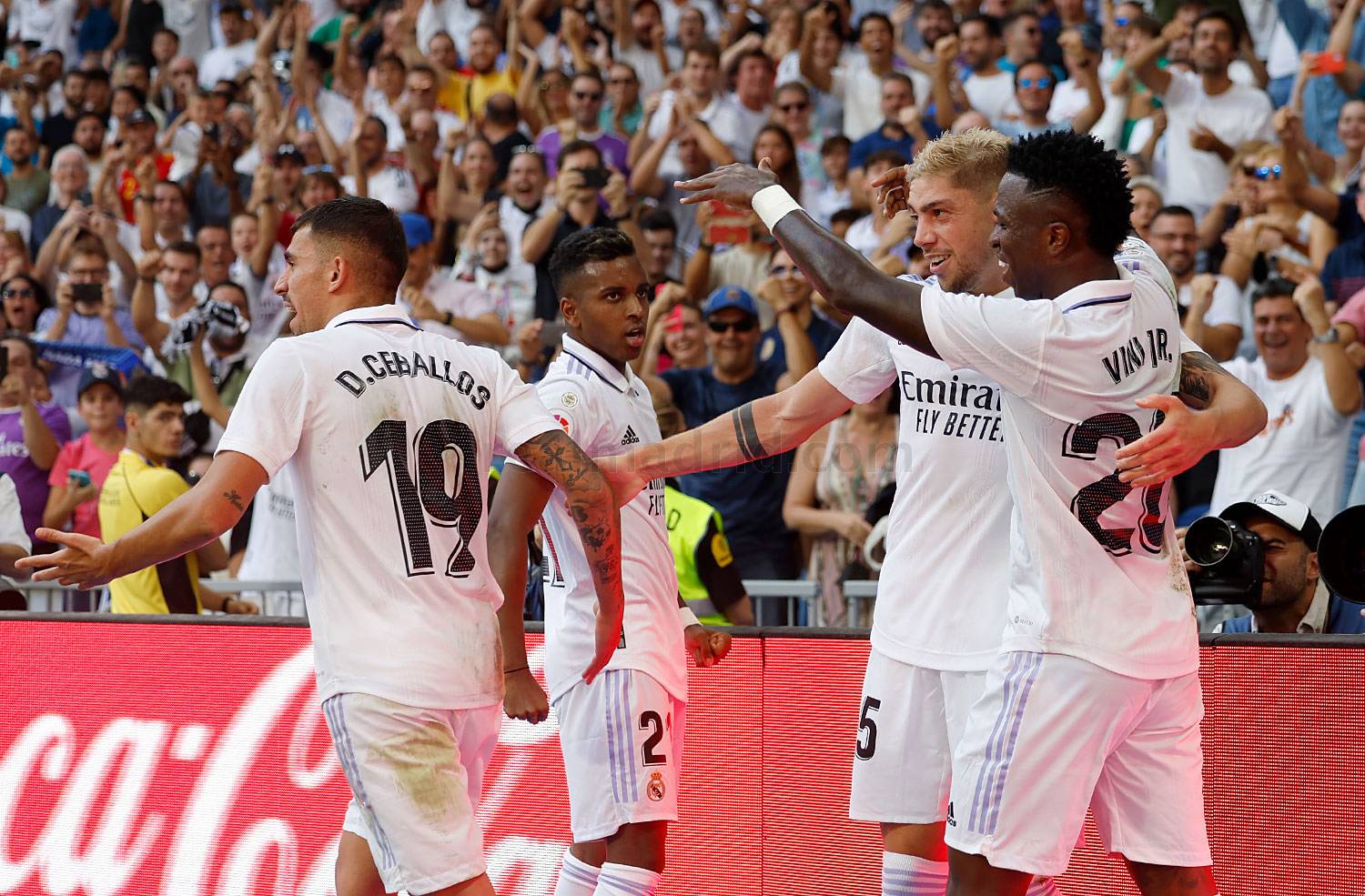 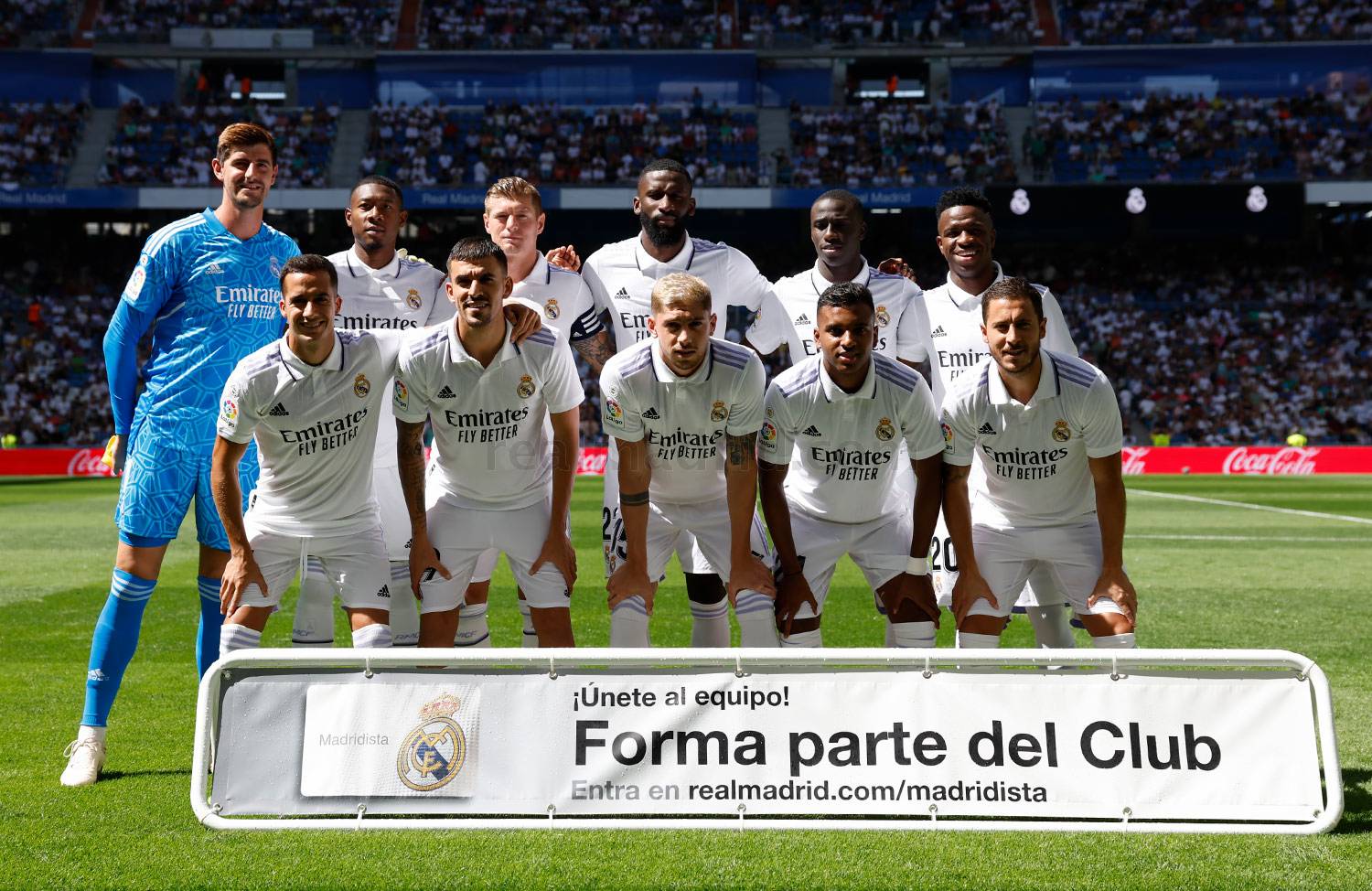 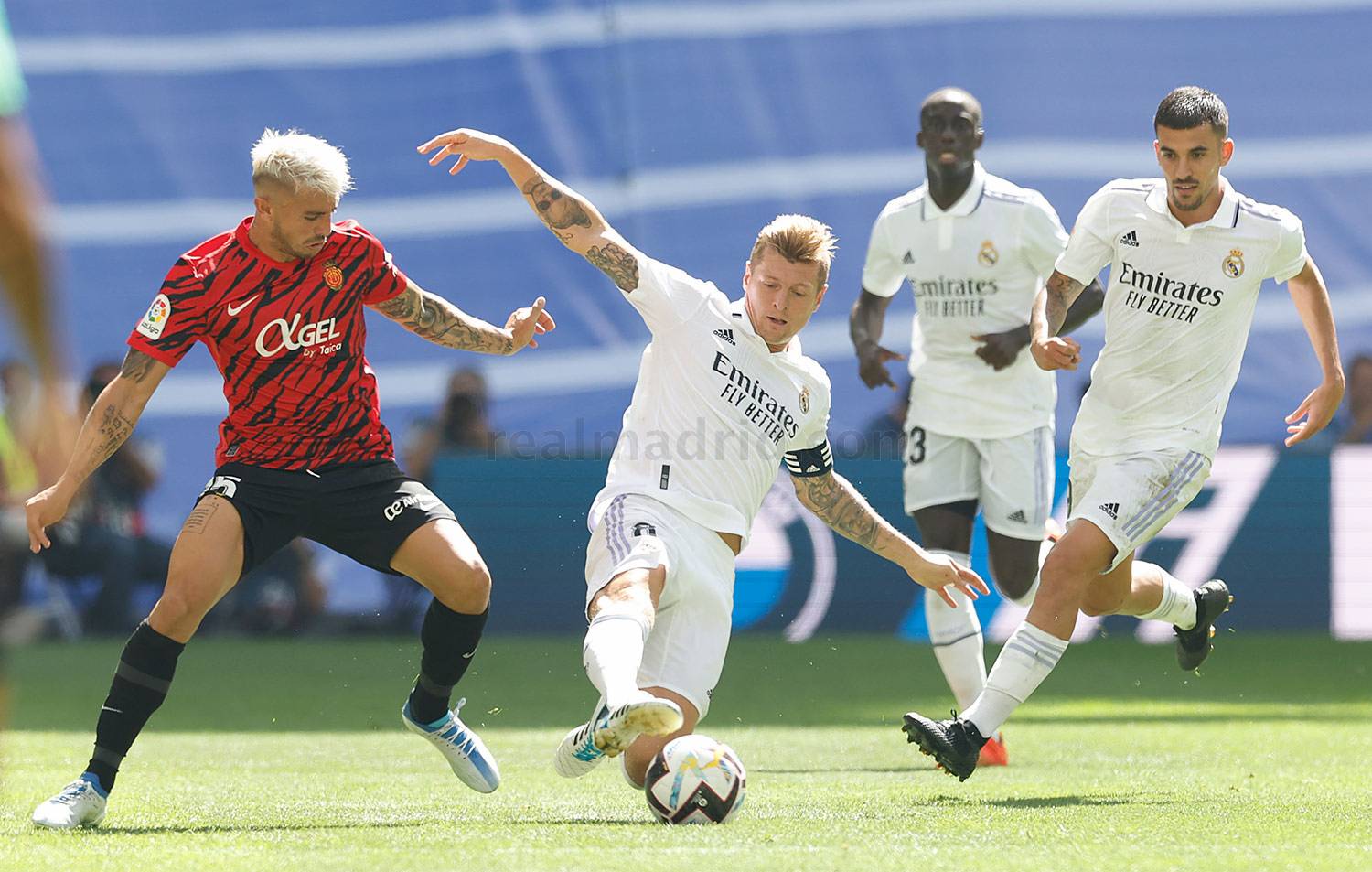 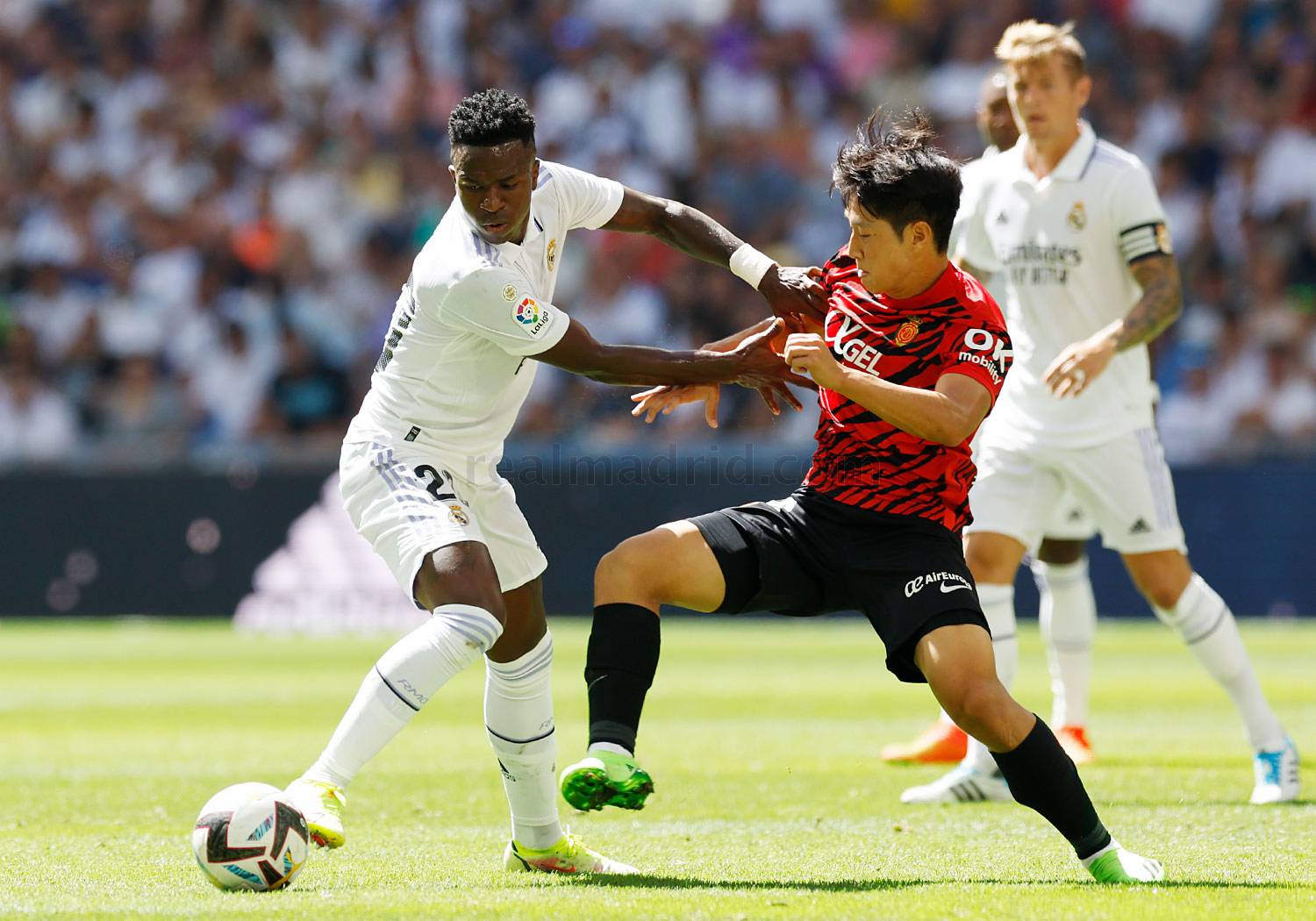 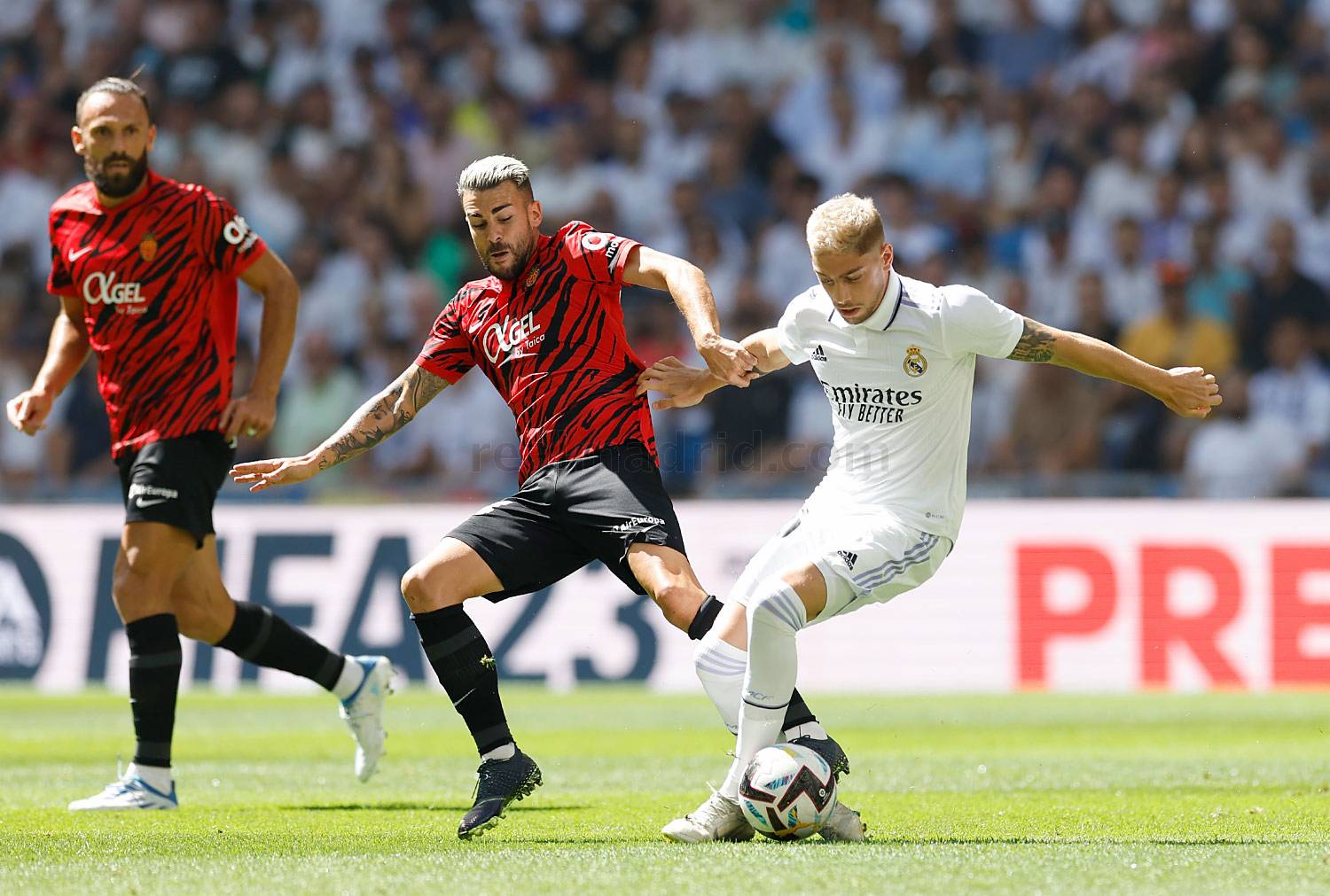 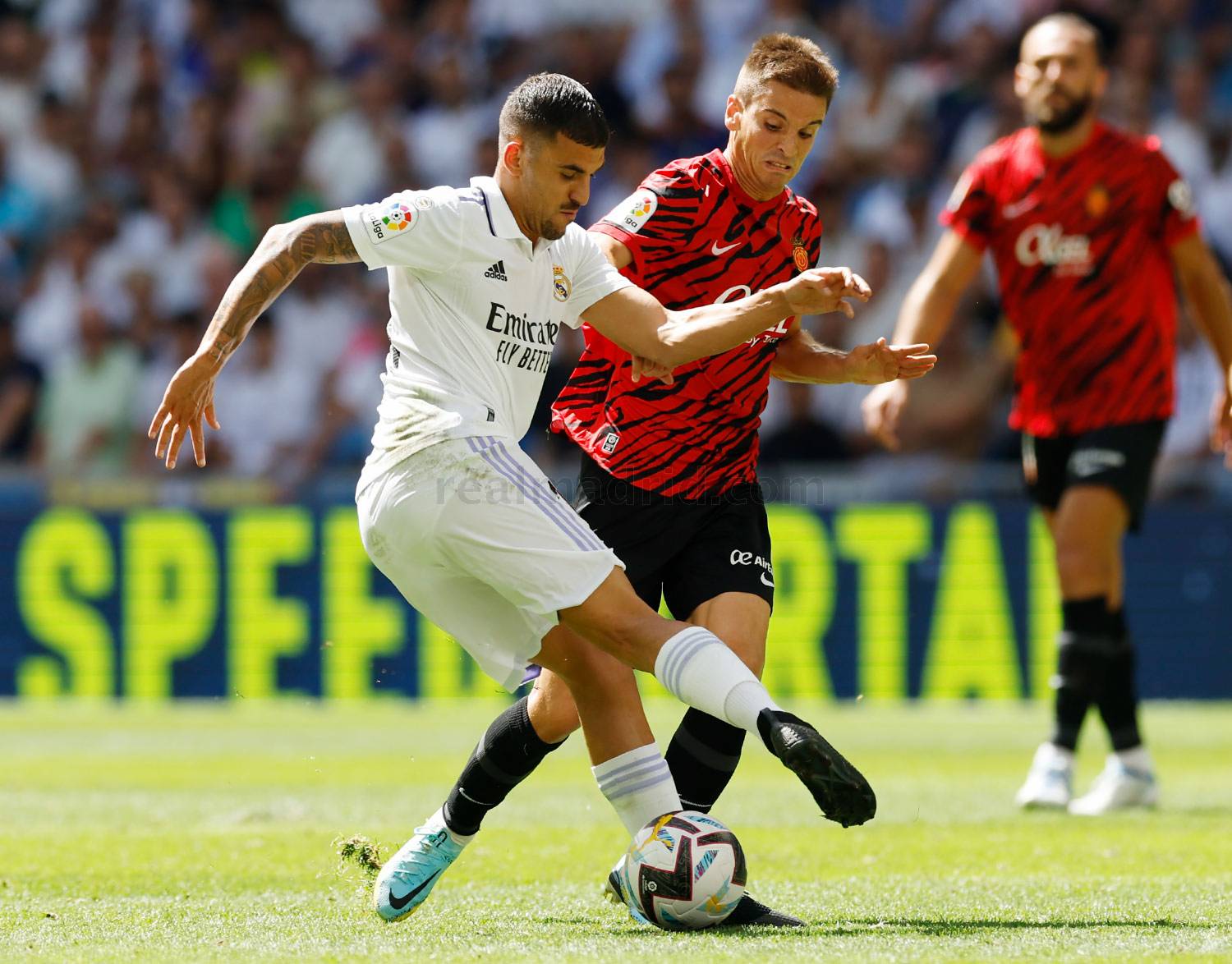 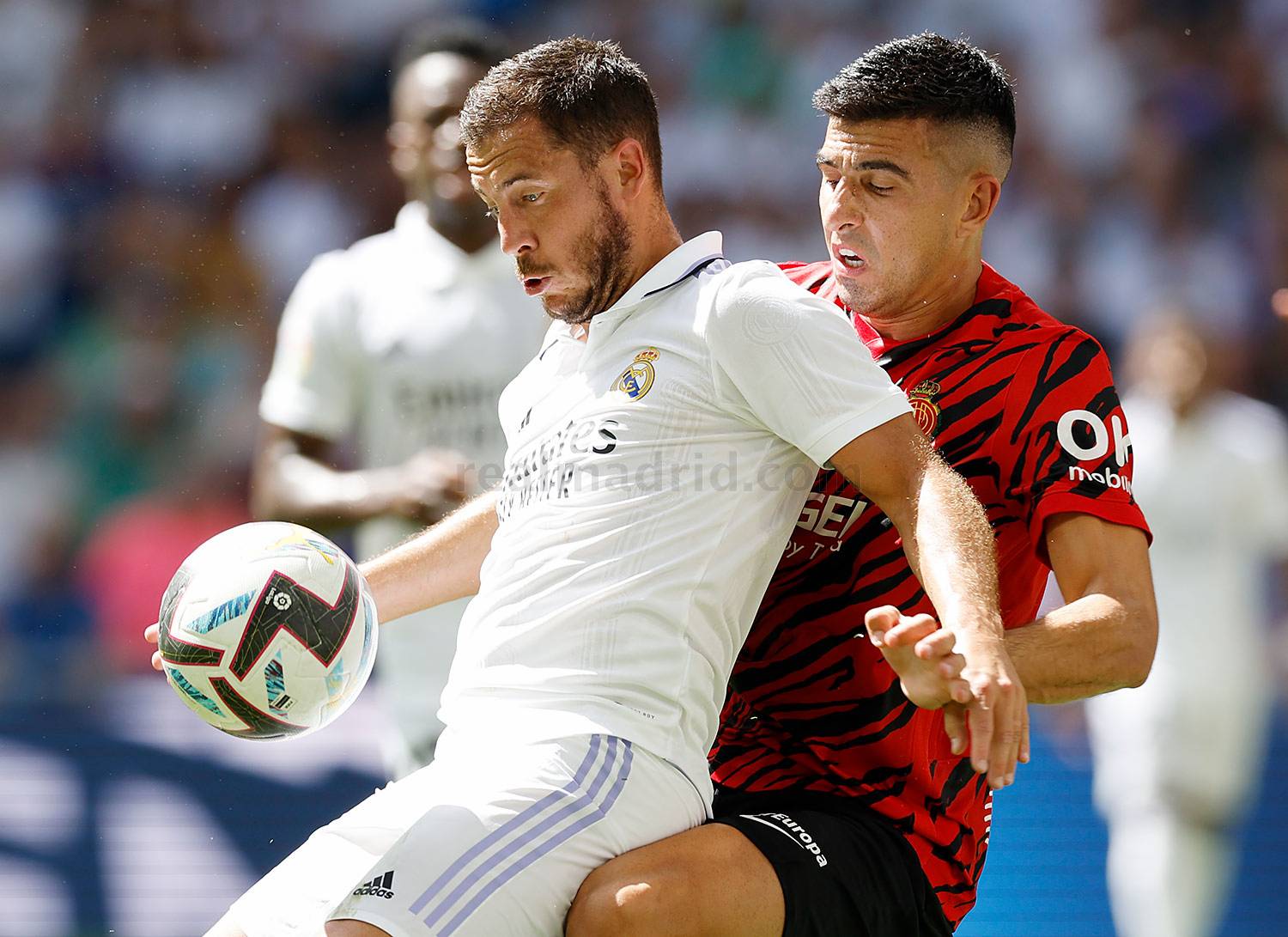 Seventh win on the bounce

Today's victory over Mallorca means Real Madrid have won every single competitive game played so far. Their other victims have been Almería, Celta, Espanyol and Betis in LaLiga, Eintracht in the European Super Cup and Celtic in the Champions League.

VINI JR. FOUND THE NET FOR THE FIFTH STRAIGHT GAME

The Brazilian's hot streak continues. He's enjoying some stunning form, scoring Real Madrid's second against Mallorca to make it five on the bounce. He found the net against Celta and went on to strike against Espanyol, Betis and Celtic.