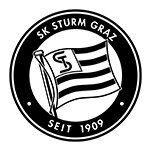 Esther, who hit four goals, Feller and Athenea were all on target against Sturm Graz. Our ladies will now take on Manchester City on Sunday for a place in the next round.

Real Madrid opened their campaign with an emphatic win over Sturm Graz at the Alfredo Di Stéfano. Esther, who notched four goals, was the standout performer, while Feller and Athenea netted the other two goals. Following on from this win, Alberto Toril's charges will now do battle with Manchester City in the Women's Champions League round 1 final (Sunday, 9pm CET).

Our ladies came out and applied a strong press right from the outset and controlled the tempo on the game. Weir came close to opening the scoring with 11 minutes on the clock with a driven effort that whistled narrowly past the upright. However, Madrid did break the deadlock just three minutes later through Esther, who nodded home Athenea‘s cross from the left. The madridistas were bossing proceedings and just minutes before the break, Feller doubled the hosts’ money after finishing smartly inside the box.

Prolific Esther rounds off win
There was no change to the script following the restart. Seven minutes into the second period, Esther beat El Sherif with another bullet header and after the hour mark, she completed her first hat-trick for the club following a first-time finish. However, the Whites’ forward wasn’t finished just yet and she bagged her fourth of the night after getting the better of the visitors’ goalkeeper in the one-on-one. Madrid continued to dominate possession and Athenea fired home the sixth of the night with 15 minutes left to complete the rout. 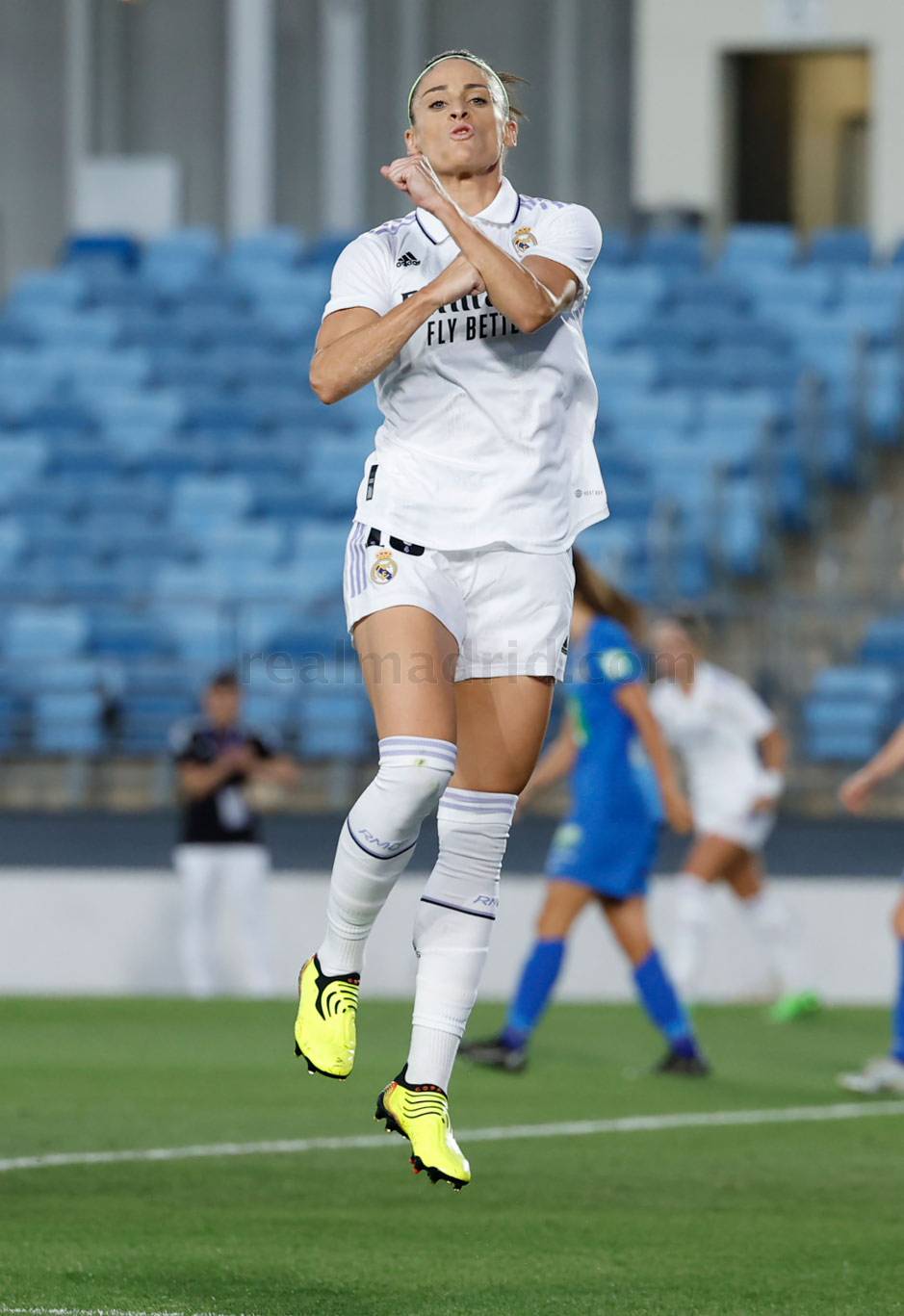 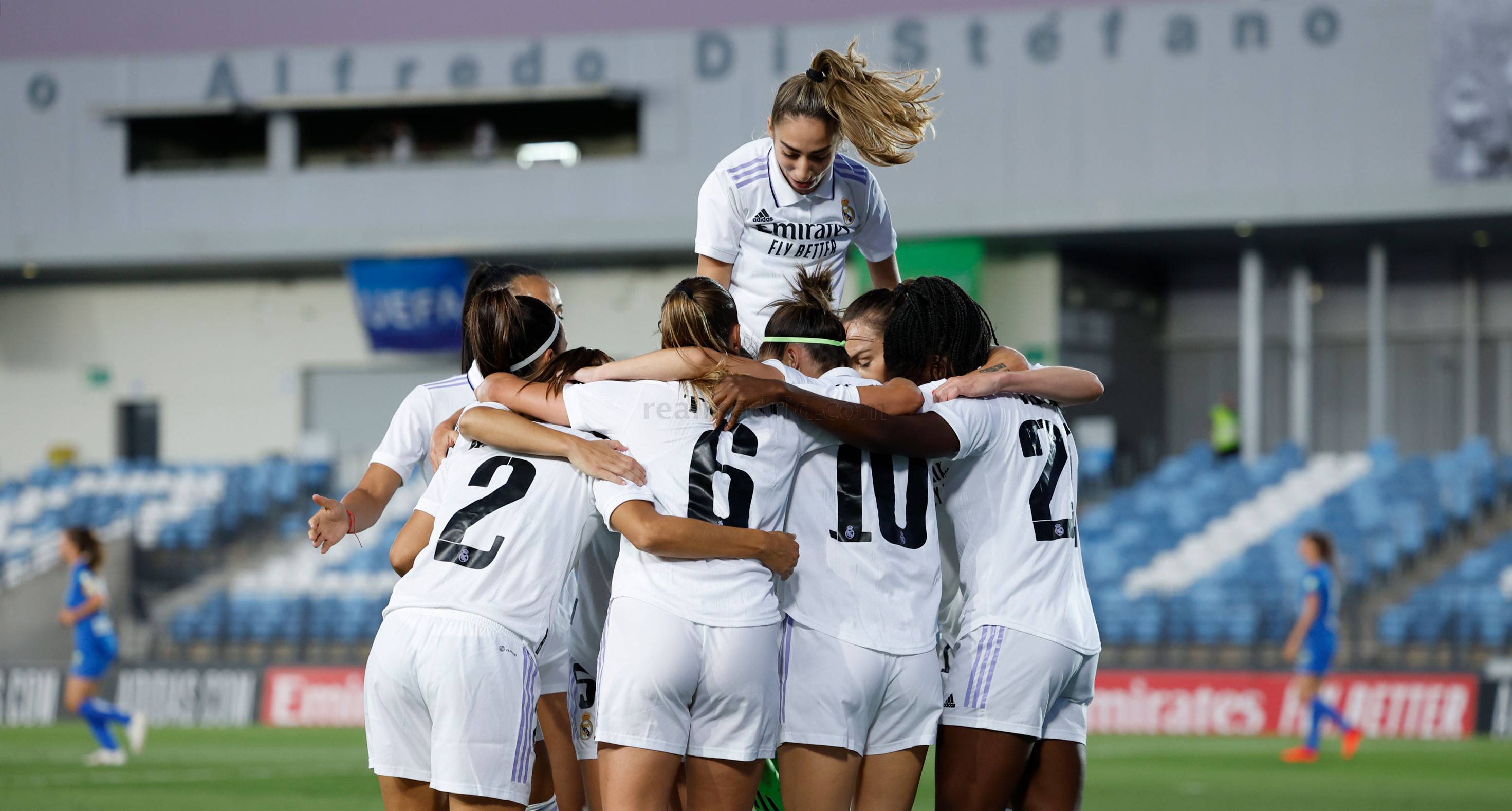 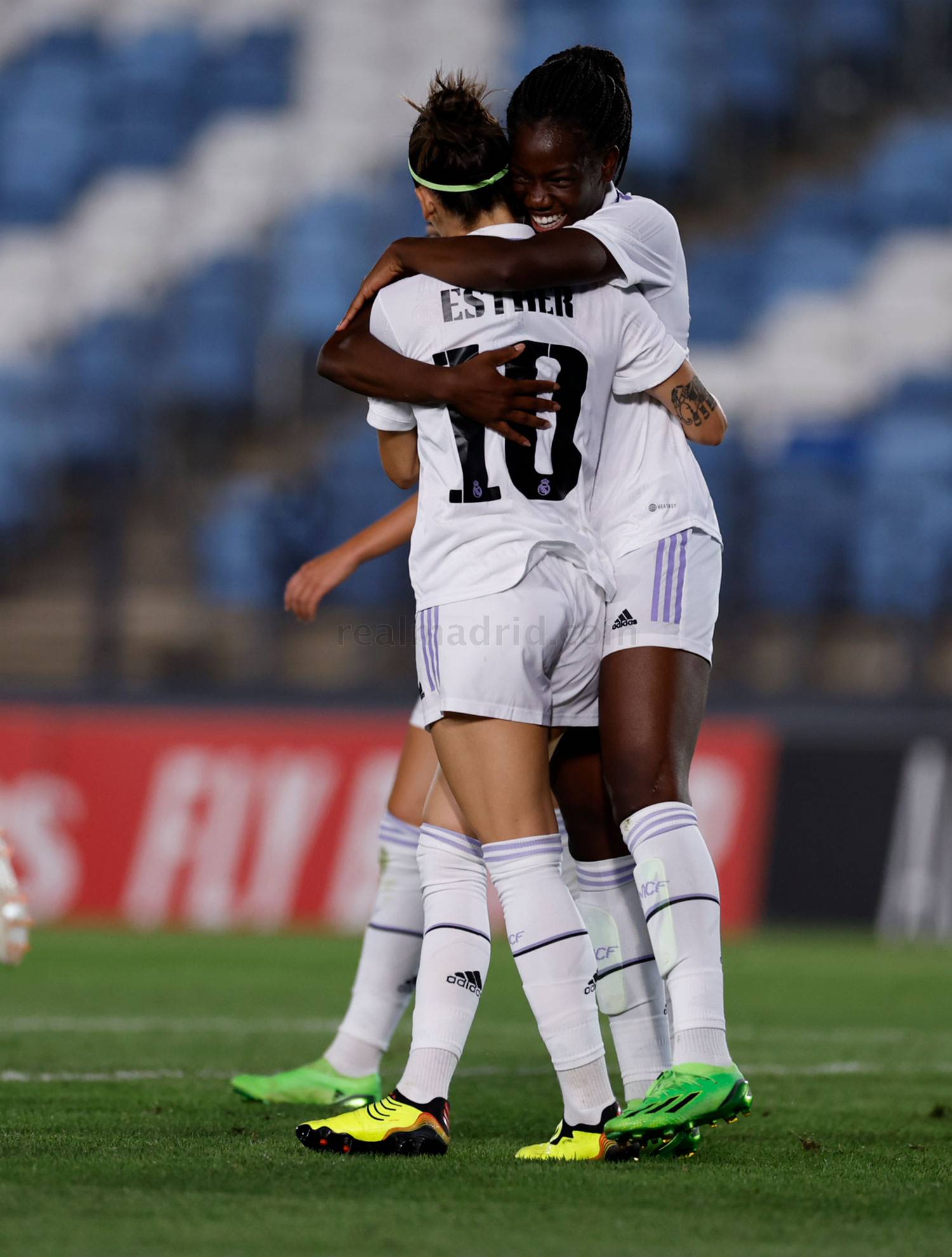 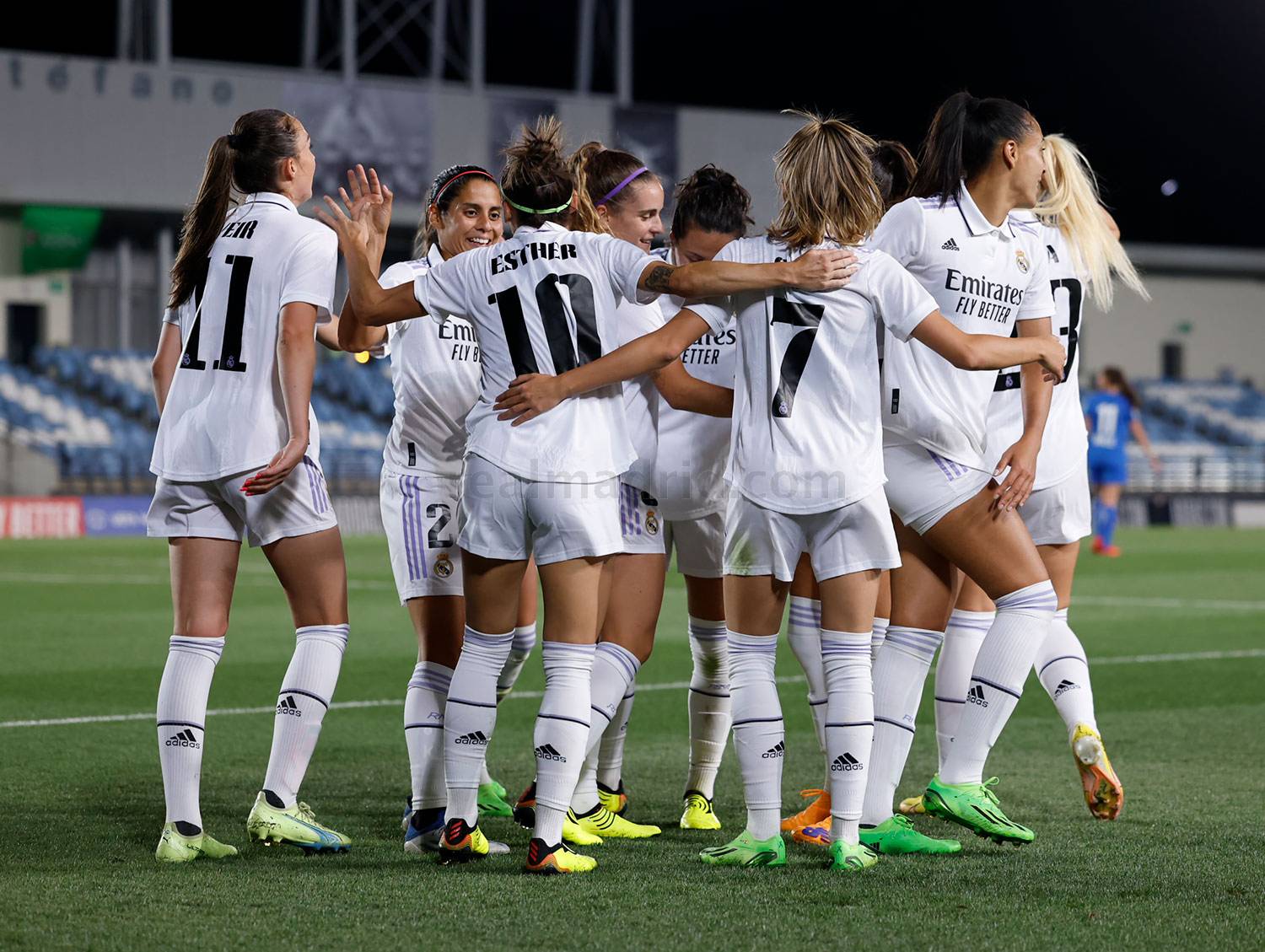 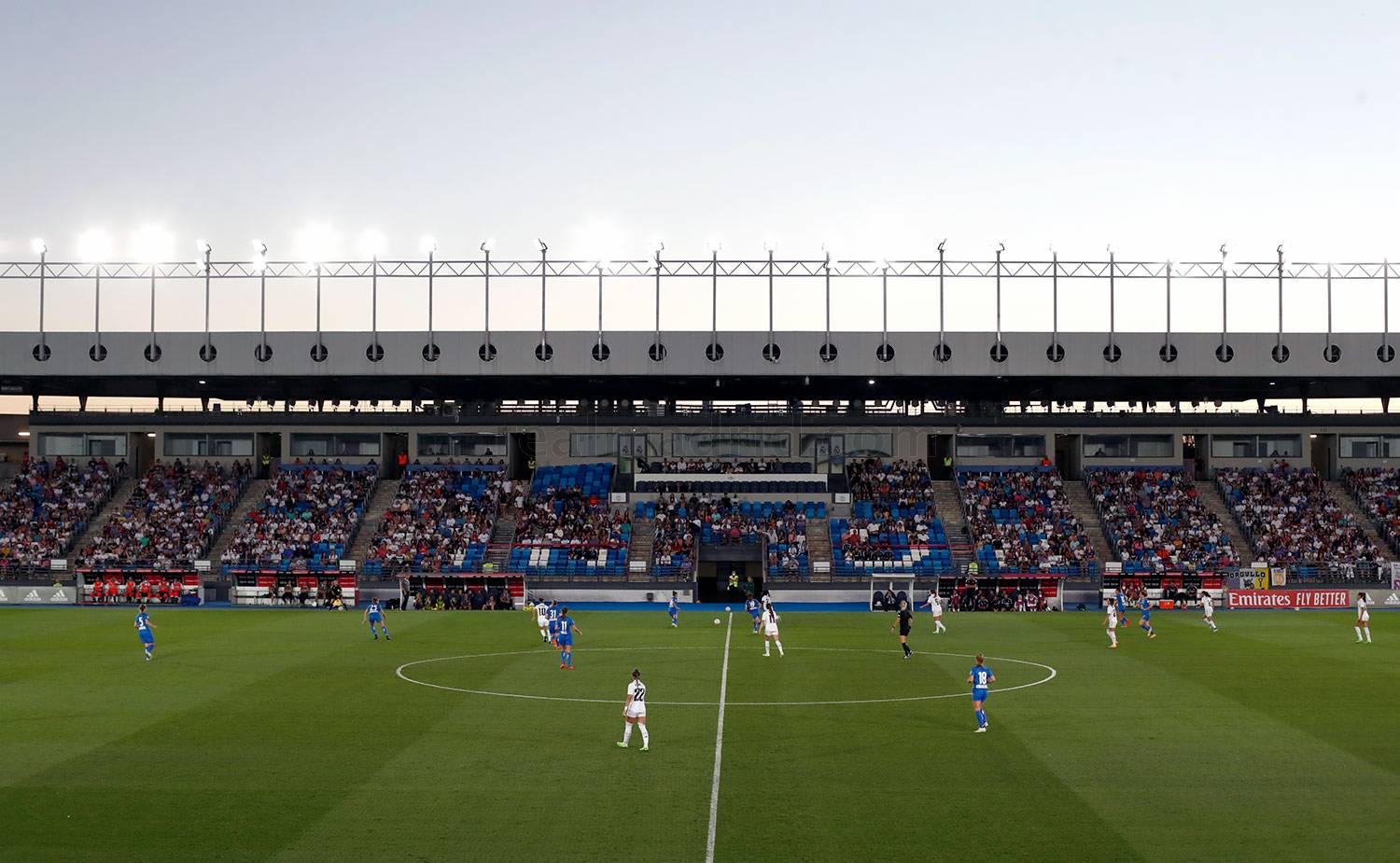 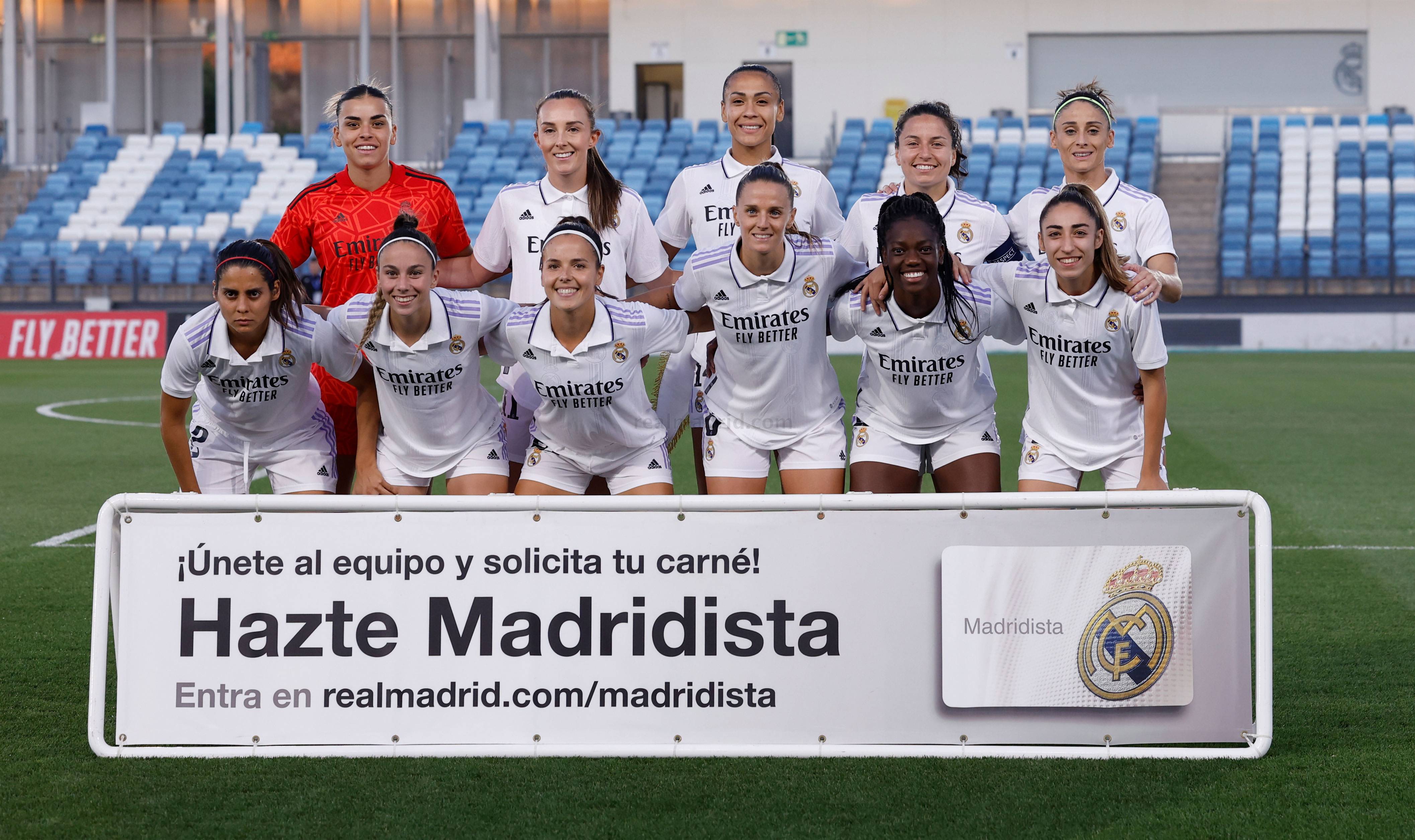 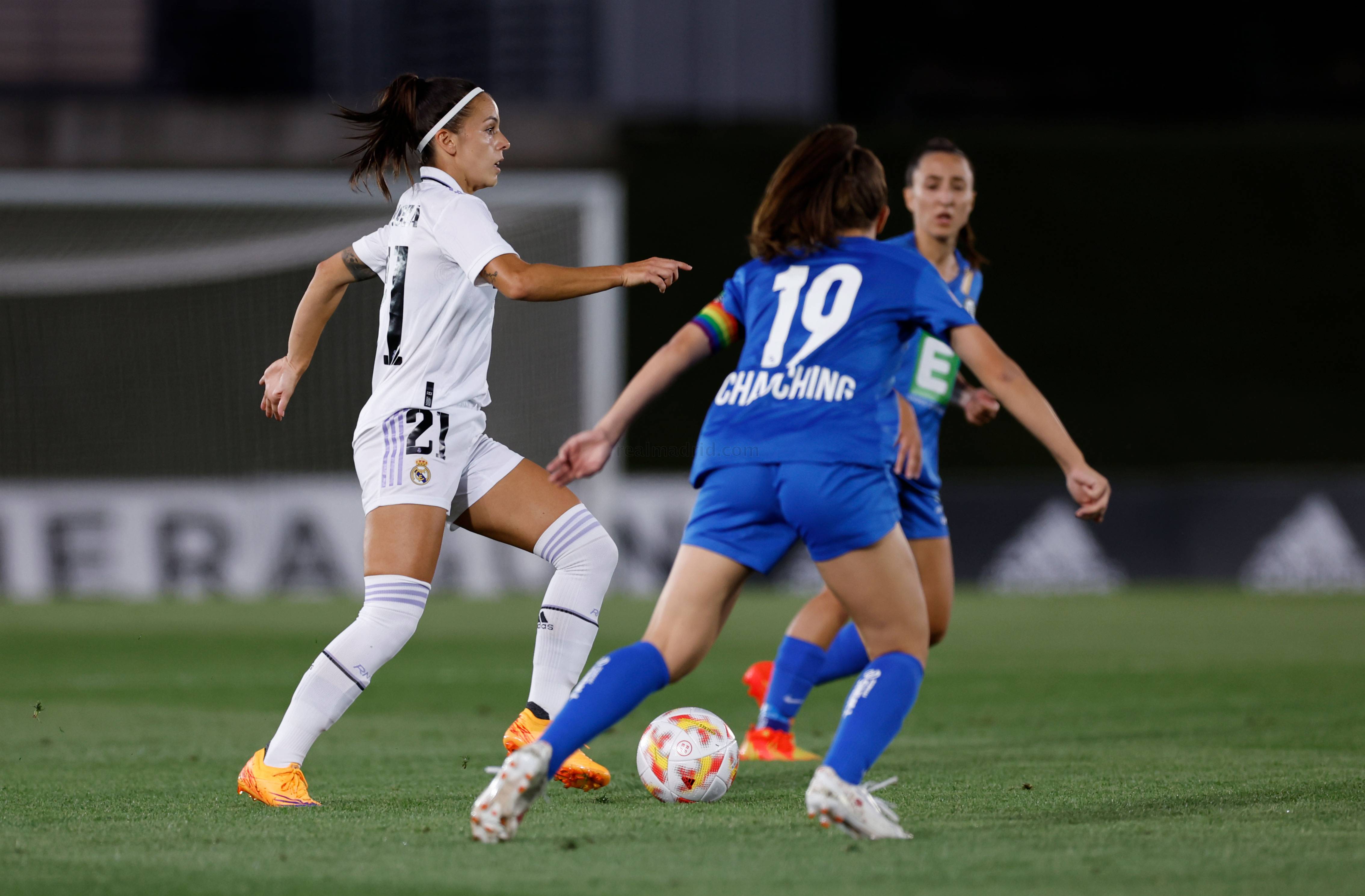 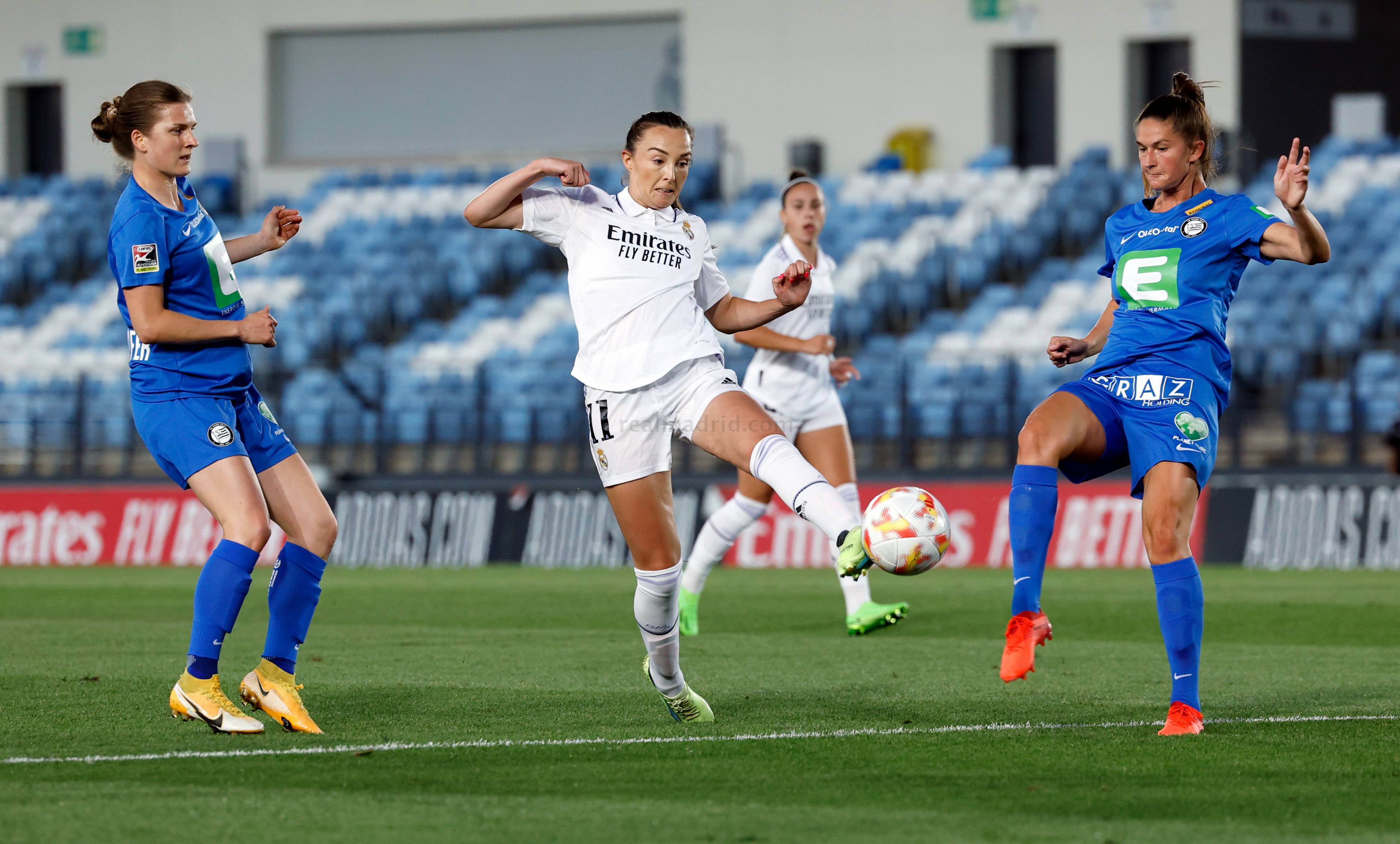 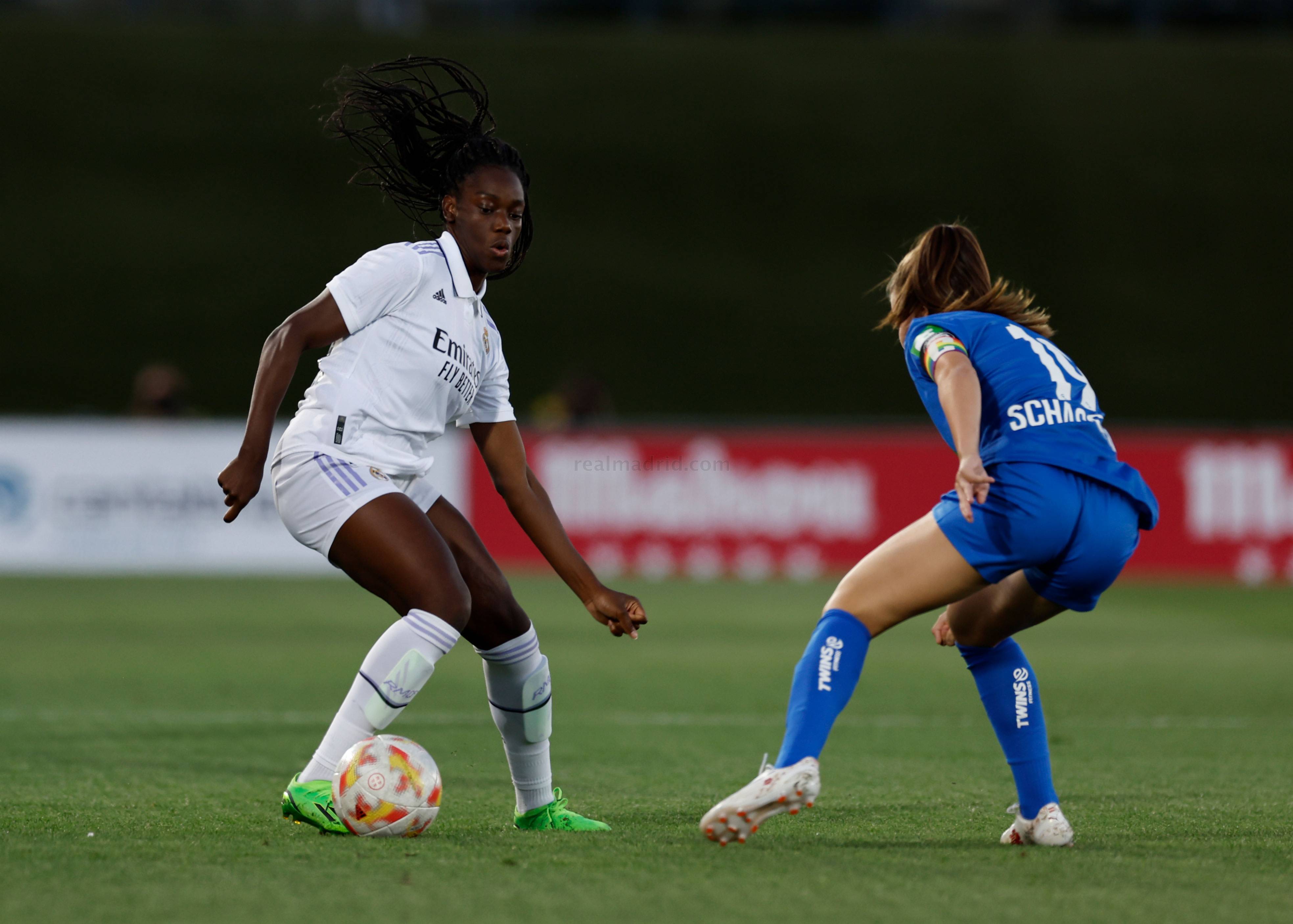 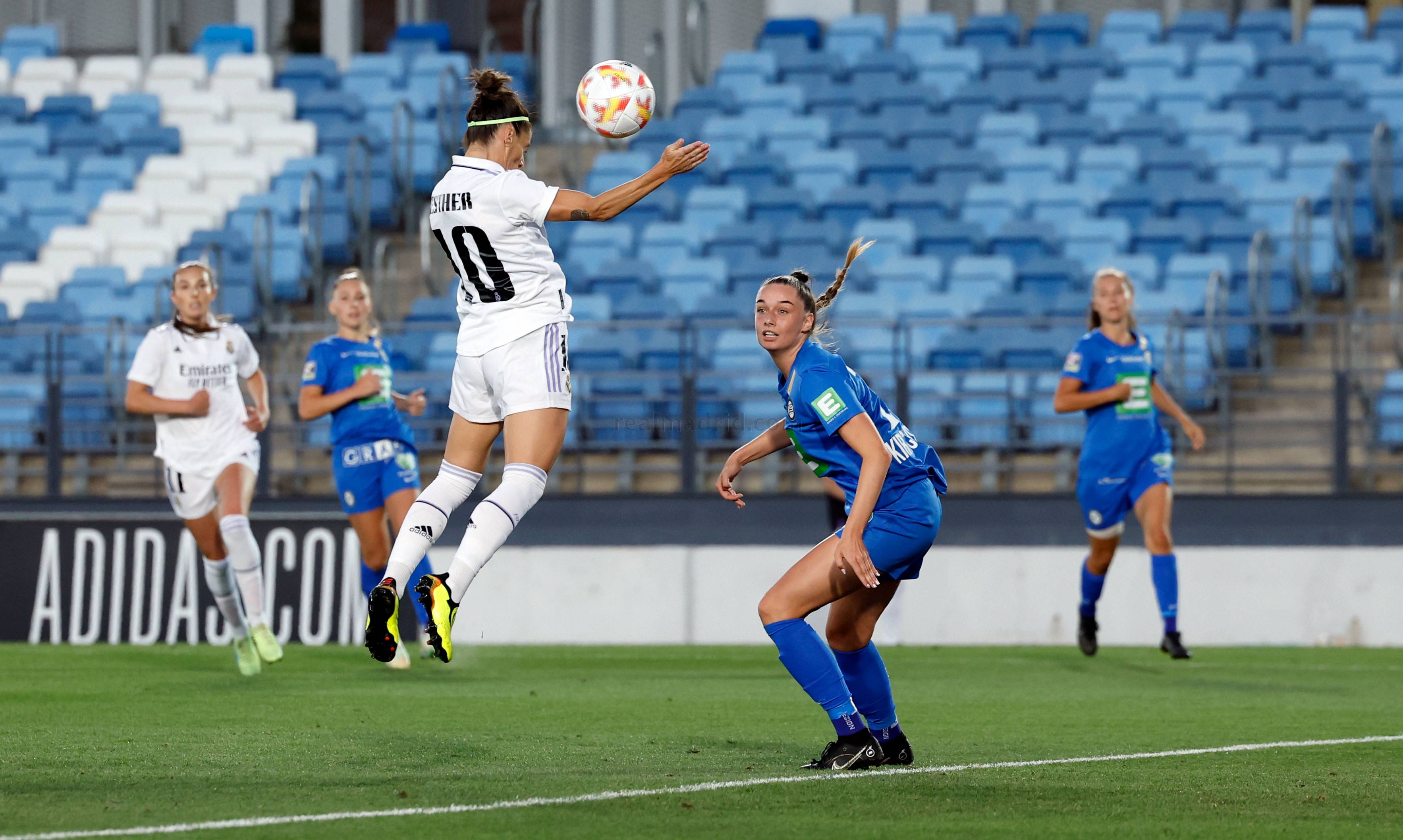 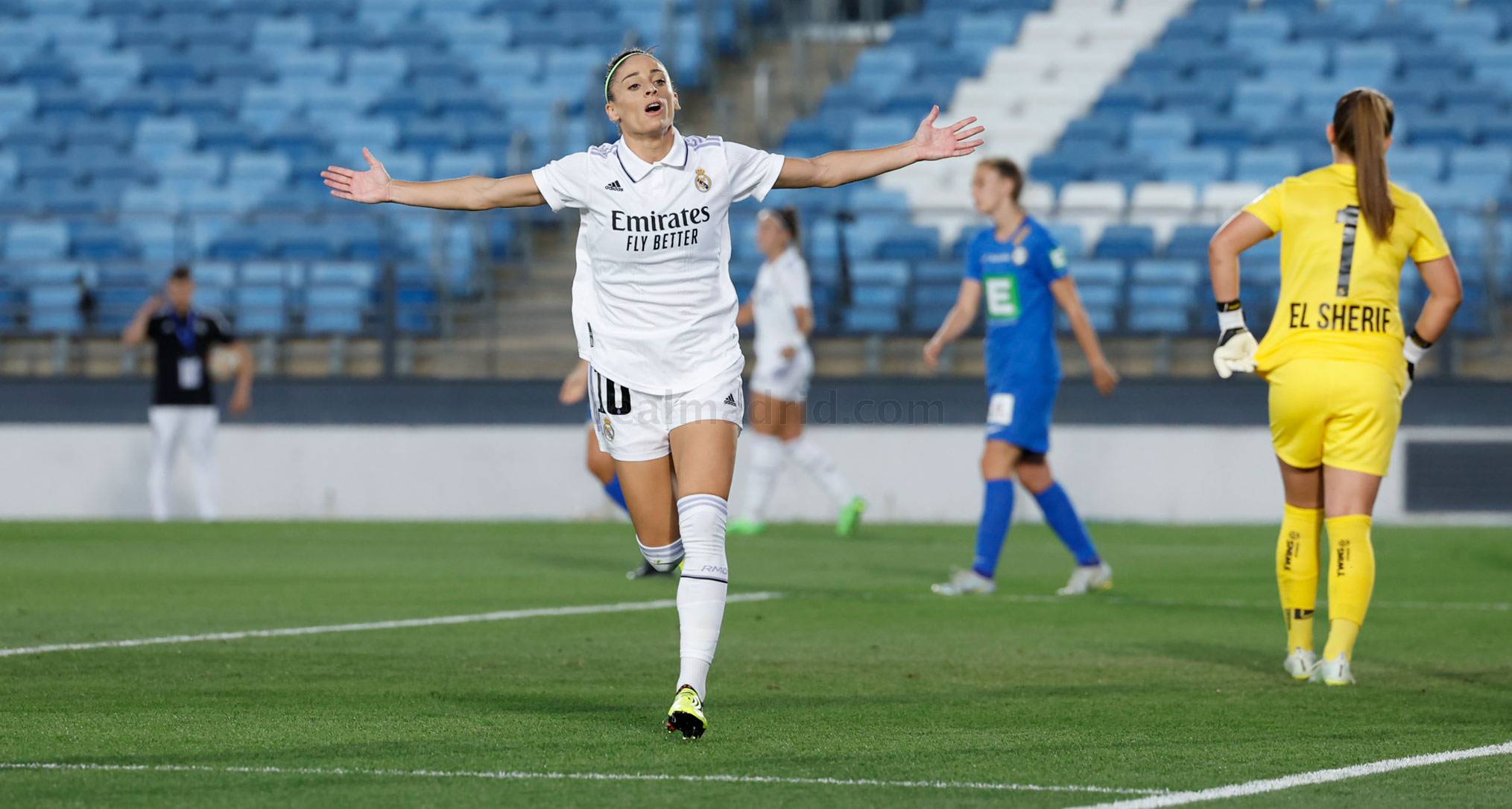 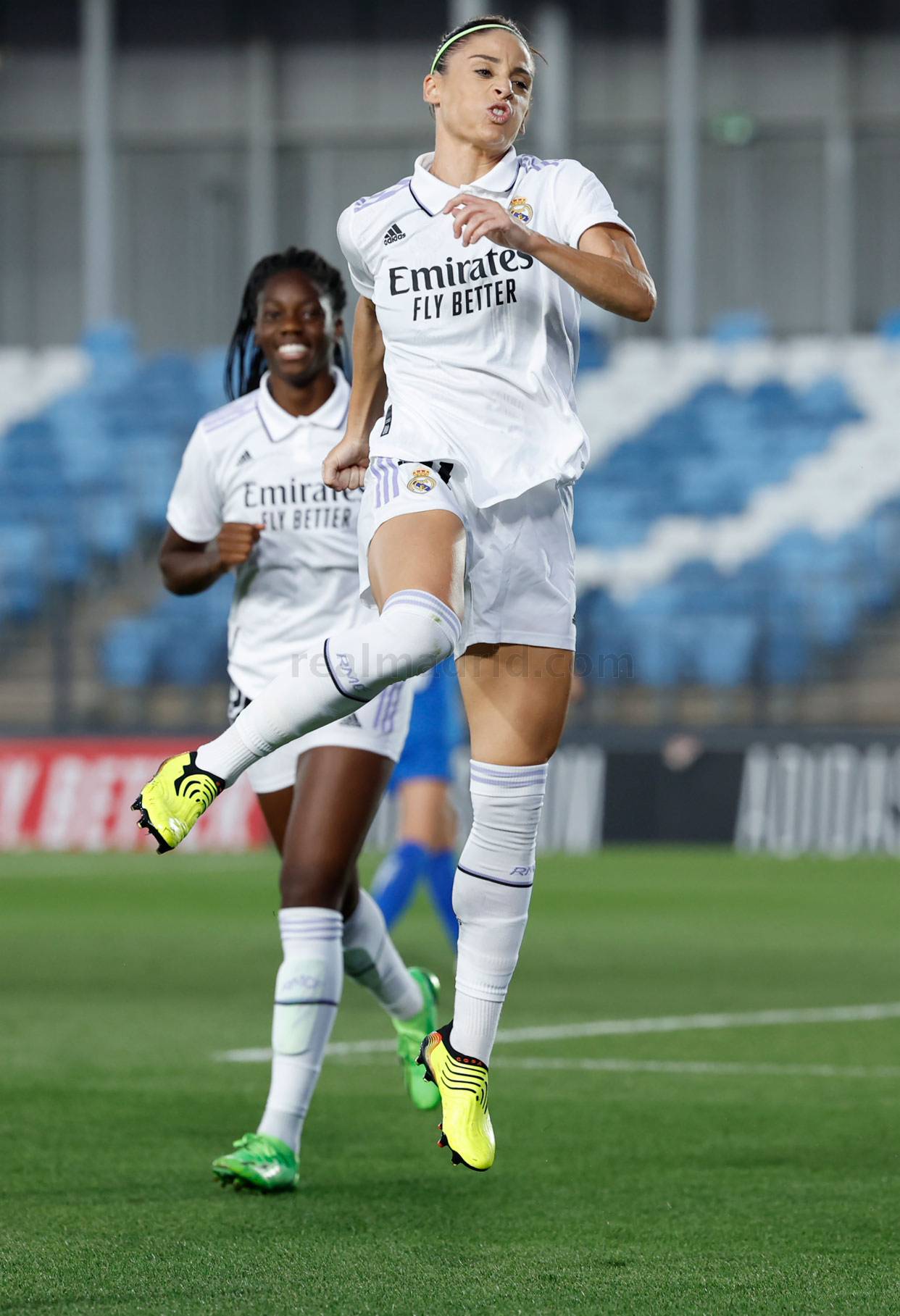 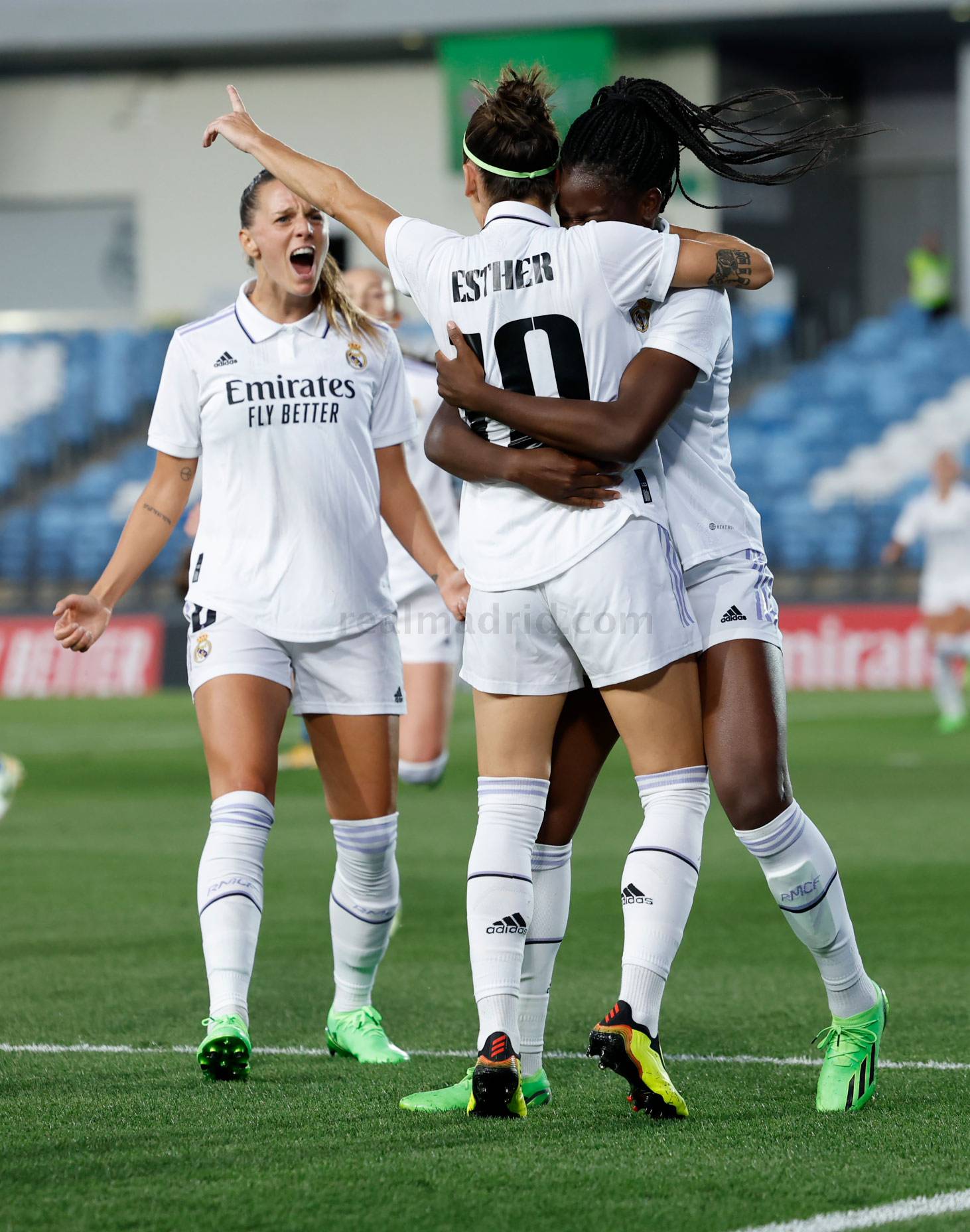 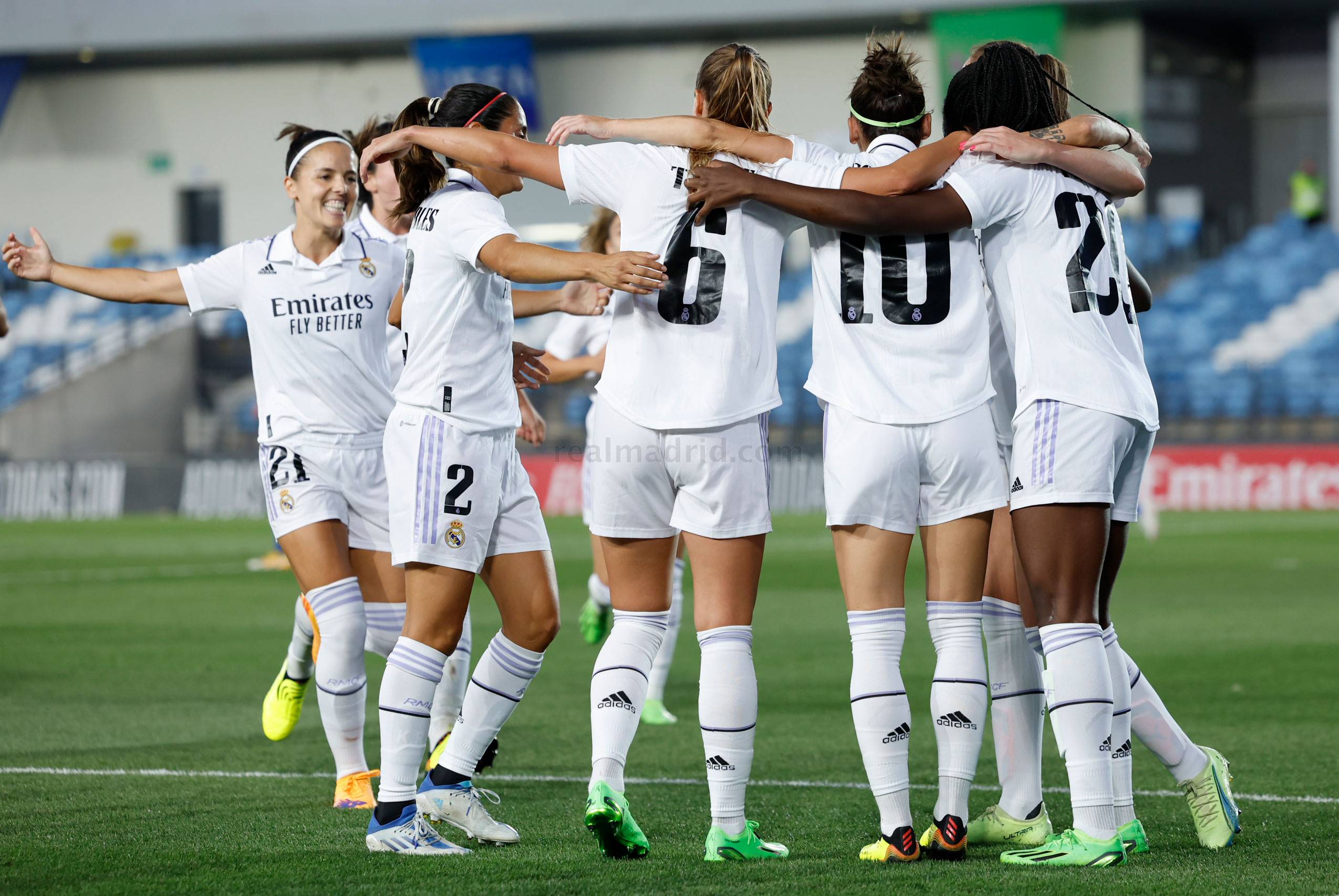 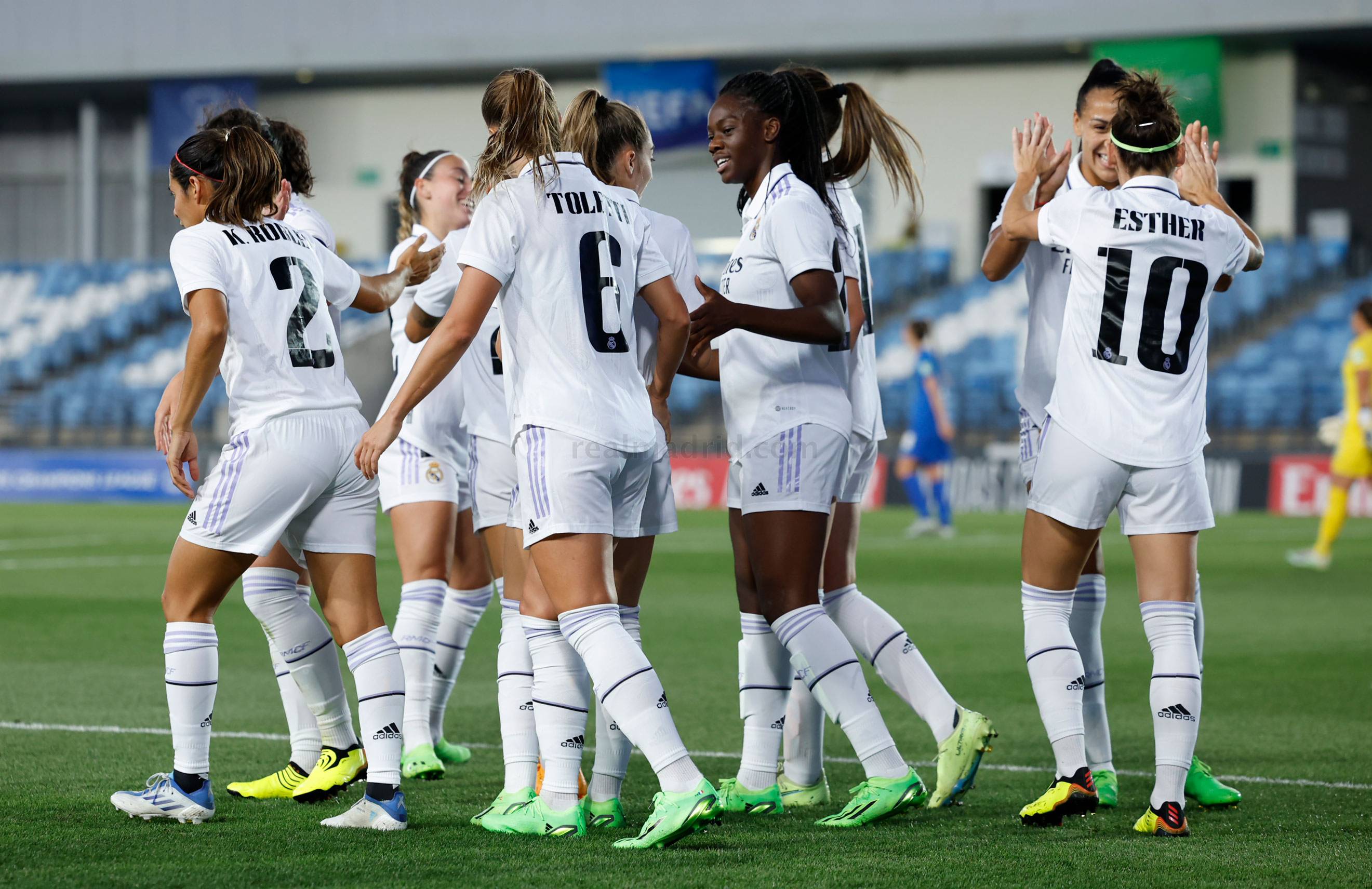