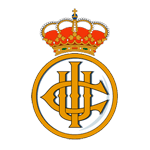 Bruno was on target for our team in the friendly played in Guarnizo.

Real Madrid Castilla were held to a draw in the friendly against Real Unión, which was played at the Campos de El Pilar, in Guarnizo, as part of the centenary celebrations of the Cantabrian club. Bruno put our reserves in front after 7 minutes, but Aitor made it 1-1 early in the second half. A minute's silence was held before match to mark the passing of José Luis Llorente Gutiérrez. The clubs also exchanged gifts.

Castilla opened the scoring thanks to a fine individual move by Bruno Iglesias with 7 minutes gone. Real Madrid came close to a second twenty minutes later with a free-kick that Irazusta kept out. A dominating performance from the reserve team could have seen them extend their lead before the break. After the restart, however, Real Unión found the equaliser through Aitor. Arribas struck a well-hit shot with 15 minutes to go, but the goalkeeper pushed his effort wide. Although there were chances for both teams, the game ended all square.