The roster, coaching staff and board of directors visited the Community of Madrid headquarters and the city hall.

After having yesterday been crowned league champions at the WiZink Center, Real Madrid paraded the trophy in front of the fans. The roster and coaching staff were joined by Florentino Pérez and the club’s board of directors as they took the trophy to the Community of Madrid headquarters and the city hall. The first stop-off was the Real Casa de Correos, which is home to the Community of Madrid, where they were welcomed by Isabel Díaz Ayuso.

The headquarters provided the setting as gifts were exchanged between the two institutions. Florentino Pérez and Sergio Llull presented the president of the community with a model of the league title and a personalised jersey and received a commemorative plaque in return.The team captain was the first to take the floor: “We're really happy and proud to be returning to these Headquarters and to be sharing another trophy with you. I want to thank the president because without his support, none of this would be possible, and thanks also to the coaching staff and the players because it's been a tough year.”

Florentino Pérez: “This title has a special significance”
The Real Madrid president stressed the scale of the team’s achievement: “We're back here at what is the home of all Madrilenians to share another league title for our basketball team and a triumph that has a very special significance. Here we have our club's 36 league title and we’re all aware that this isn't just another league title. This is a league title that represents what this group of players are all about. They represent the battle against adversity, perseverance, talent and a desire to win trophies and unstoppable bravery.”

“This team has had to show strength when everything looked impossible. When all of the difficulties you could possibly imagine piled up on them in the shape of injuries and unexpected setbacks, this group believed in the way that we at Real Madrid face up to adversity and that is embedded in our DNA.”

“I want you to know that we madridistas are really proud of all of you. The spirit that you've shown during all of these games is a dream come true for me as club president. Thank you for exciting our fans. It's also time for us to thank a fan base that is the best in the world. We’re delighted with this latest title, but our thoughts have already turned to returning here next season.”

Díaz Ayuso rounded off the addresses as she congratulated the champions: “We're here today to celebrate the tremendous success of this basketball team and I want to thank you for flying the flag for this region throughout the world. This has been one of the most significant and thrilling of your 36 league titles. You have been role models in terms of your resistance, fighting spirit and unbeatable belief. This is what the Real Madrid DNA is all about: being able to pick yourself up after every blow and fighting back to prevail. Real Madrid is doubly great on account of its countless sporting successes and its attitude, which has proved key. You’re Real Madrid, the biggest club in the world, which is synonymous with self-improvement, effort and triumphs.”

Visit to the city hall
The madridista expedition then travelled on to the city hall, where further gifts were exchanged. Florentino Pérez and Sergio Llull  presented the city’s mayor with a model of the trophy and a personalised jersey for José Luis Martínez-Almeida, who presented the duo with a commemorative plaque. The mayor had the following to say: “You are true heroes. What you've achieved over these months is not just a sporting feat, but you've set an example in human terms. You’d struggle to find a team that has had to face as many setbacks. When people ask what Real Madrid is all about and i's values, you would have to point to what this team has achieved this season. Real Madrid are experts in winning and the values that you have shown to win this title extend beyond the purely sporting. It's very difficult to put your achievement into words.”

Golden era
The Real Madrid president was next to give an address and he commented:“It’s once again been a sensational season, in which we have lifted the Spanish Super Cup and this 36th league title in a year that has been full of adversity. We've got a really special group here. We've got to remember, as Pablo Laso mentioned yesterday, that this team has contested all four finals this season. We were also finalists in the EuroLeague and the Copa Del Rey. We will once again battle hard next year to try and lift those trophies.”

“That's what the spirit of Real Madrid and this team is all about. It's a tireless and defiant spirit when faced with difficulties and it's what's seen us enjoy moments of great happiness in yet another golden era in the history of Real Madrid’s basketball team. It was particularly in the final stages of the season, when the adversities were becoming bigger by the day, that the players showed that the team comes before anything else.”

Team captain Llull was last to take to the floor and reflected on the triumph in the following terms: “We’re proud to be here again and sharing another trophy with you and let's hope that there are many more to come and we're back here next year. We’ve done an amazing job. We’ve shown ourselves to be a true team out on the court, given all the adversities we’ve faced over the course of the year.” 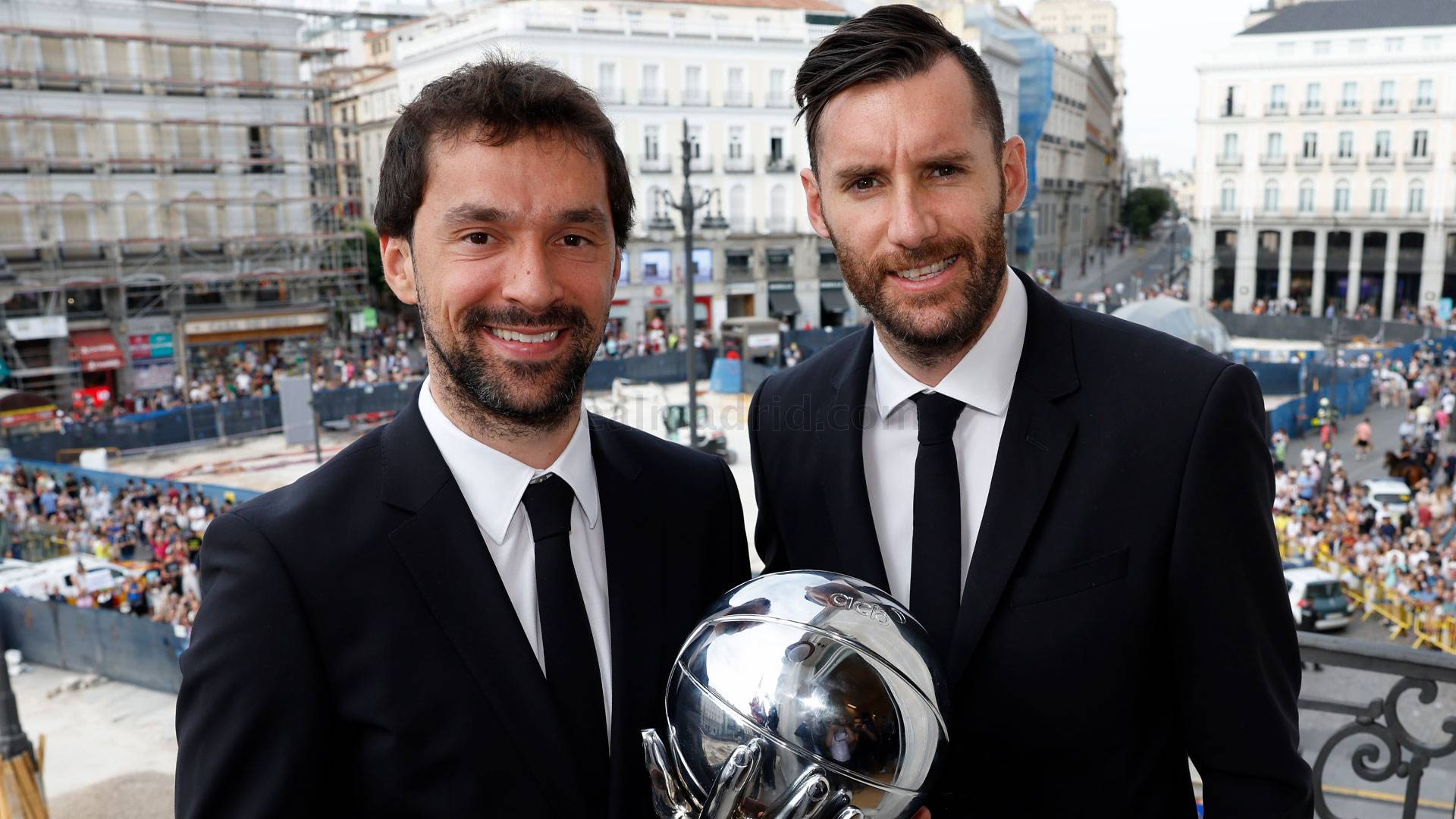 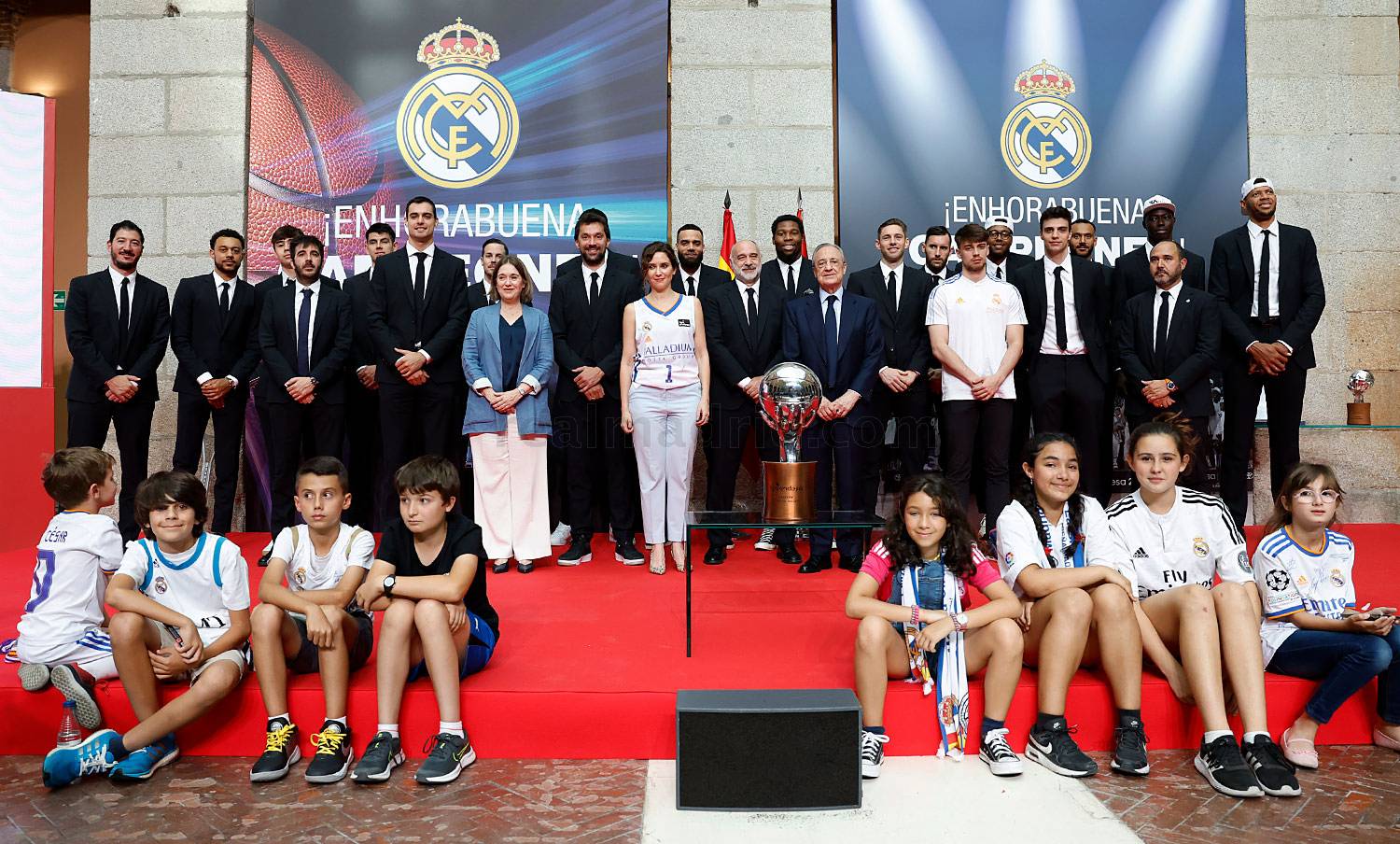 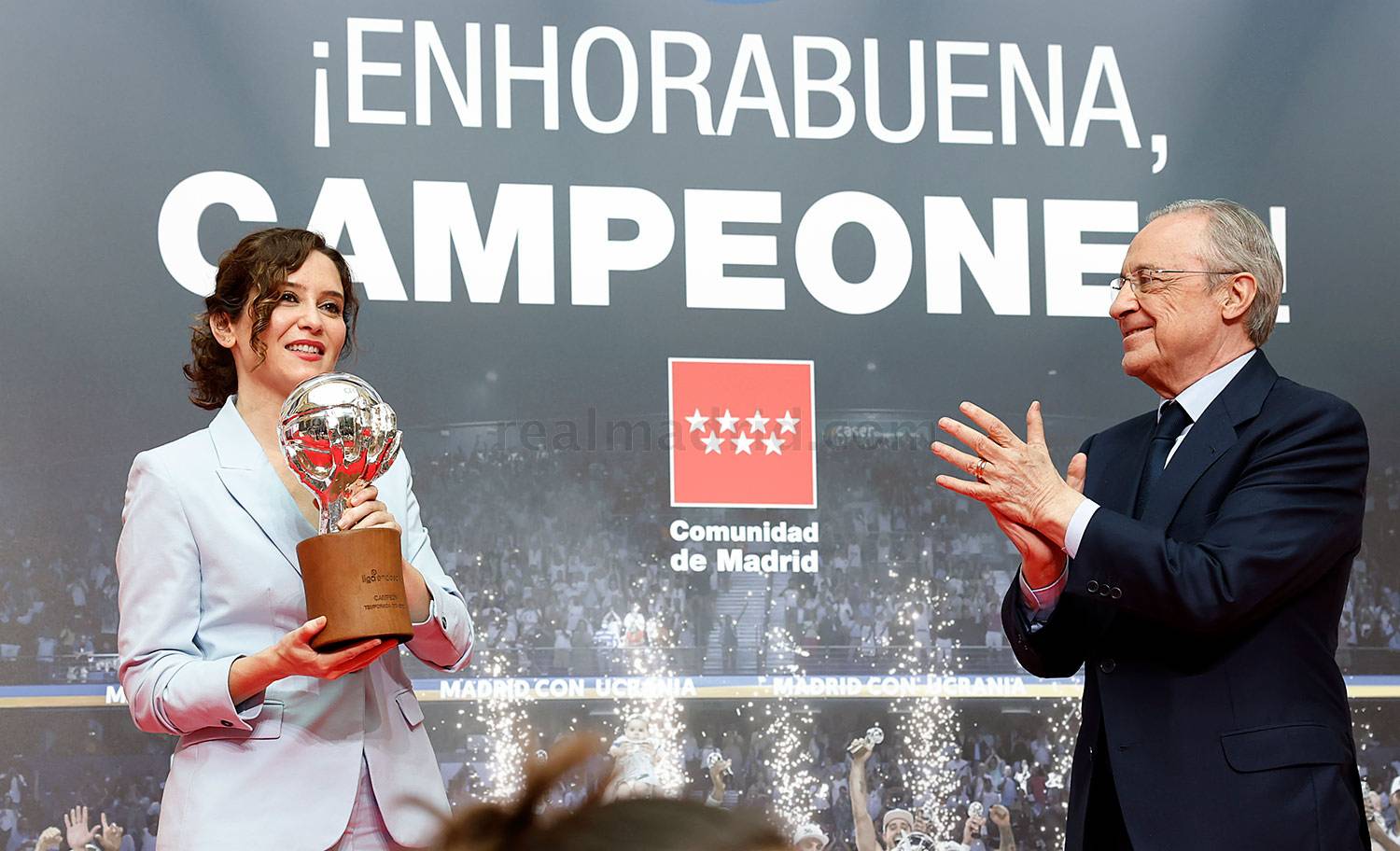 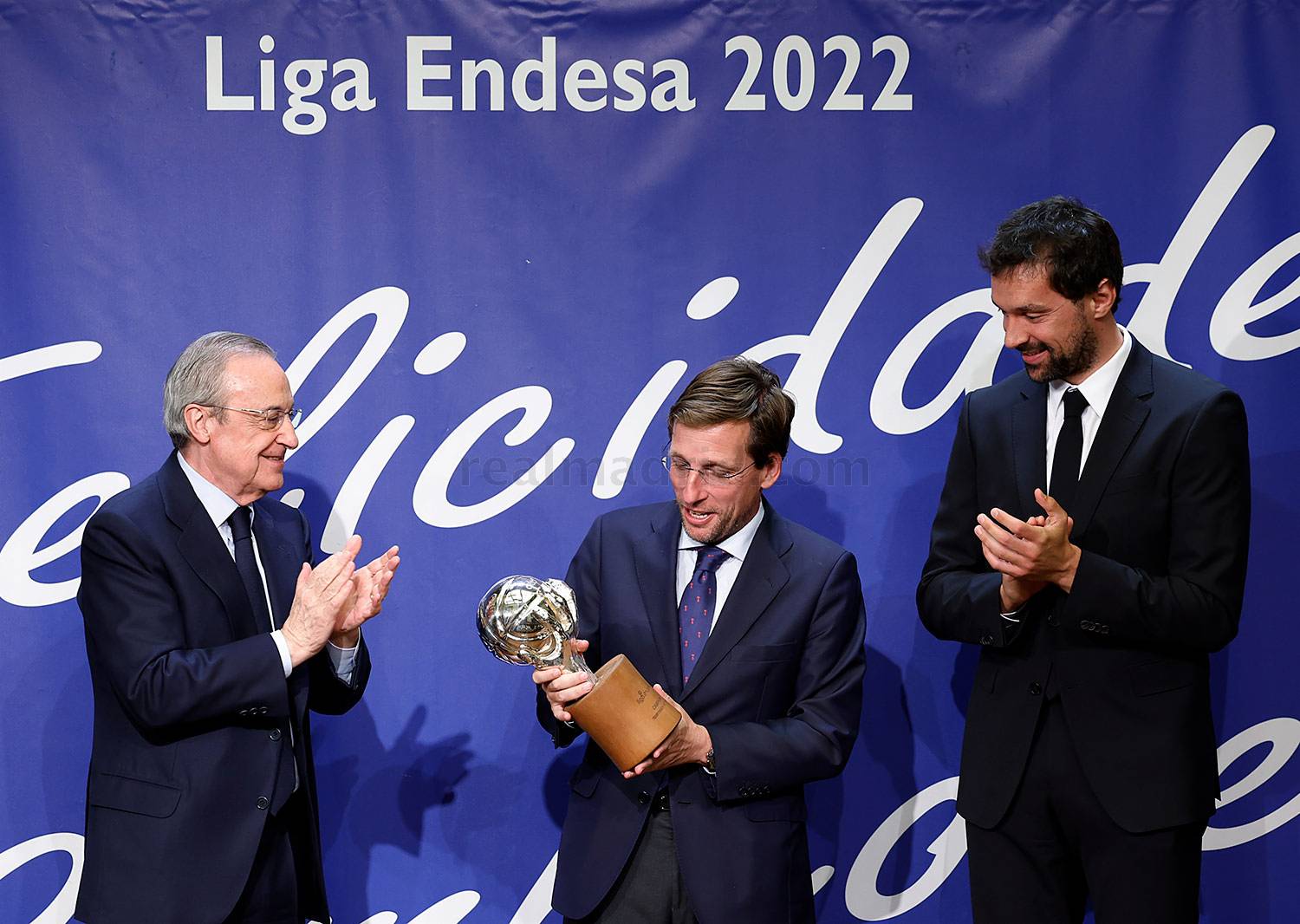 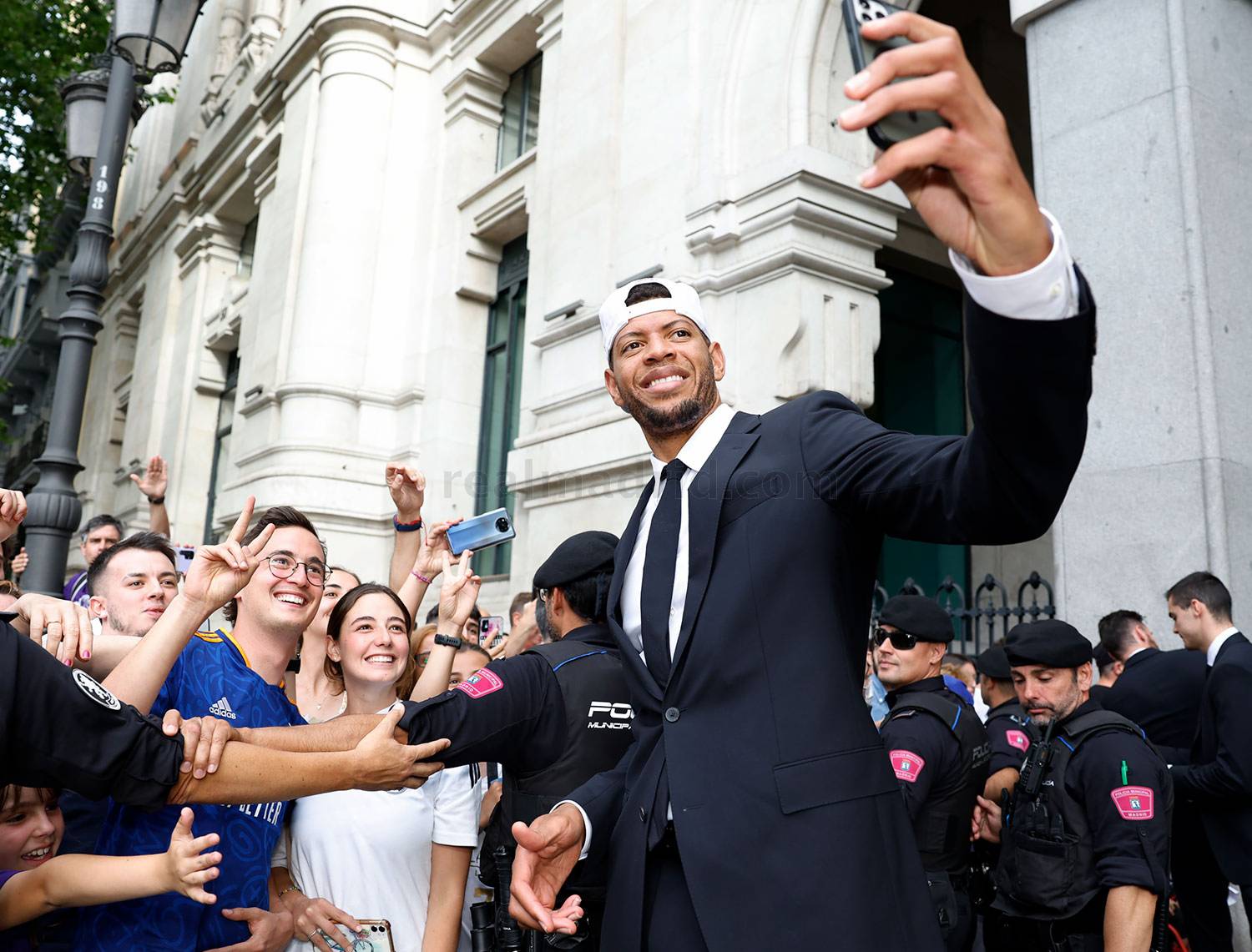 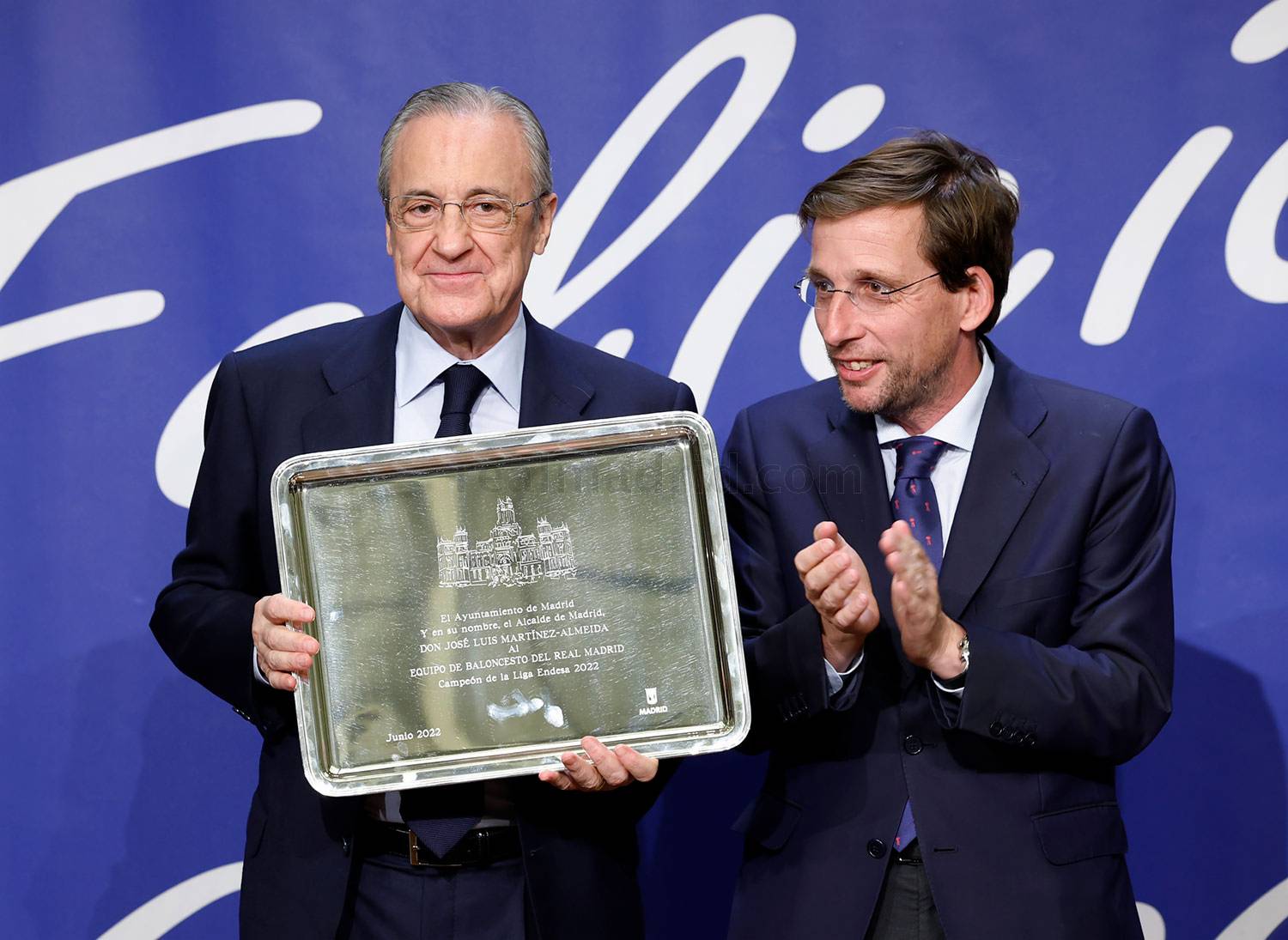 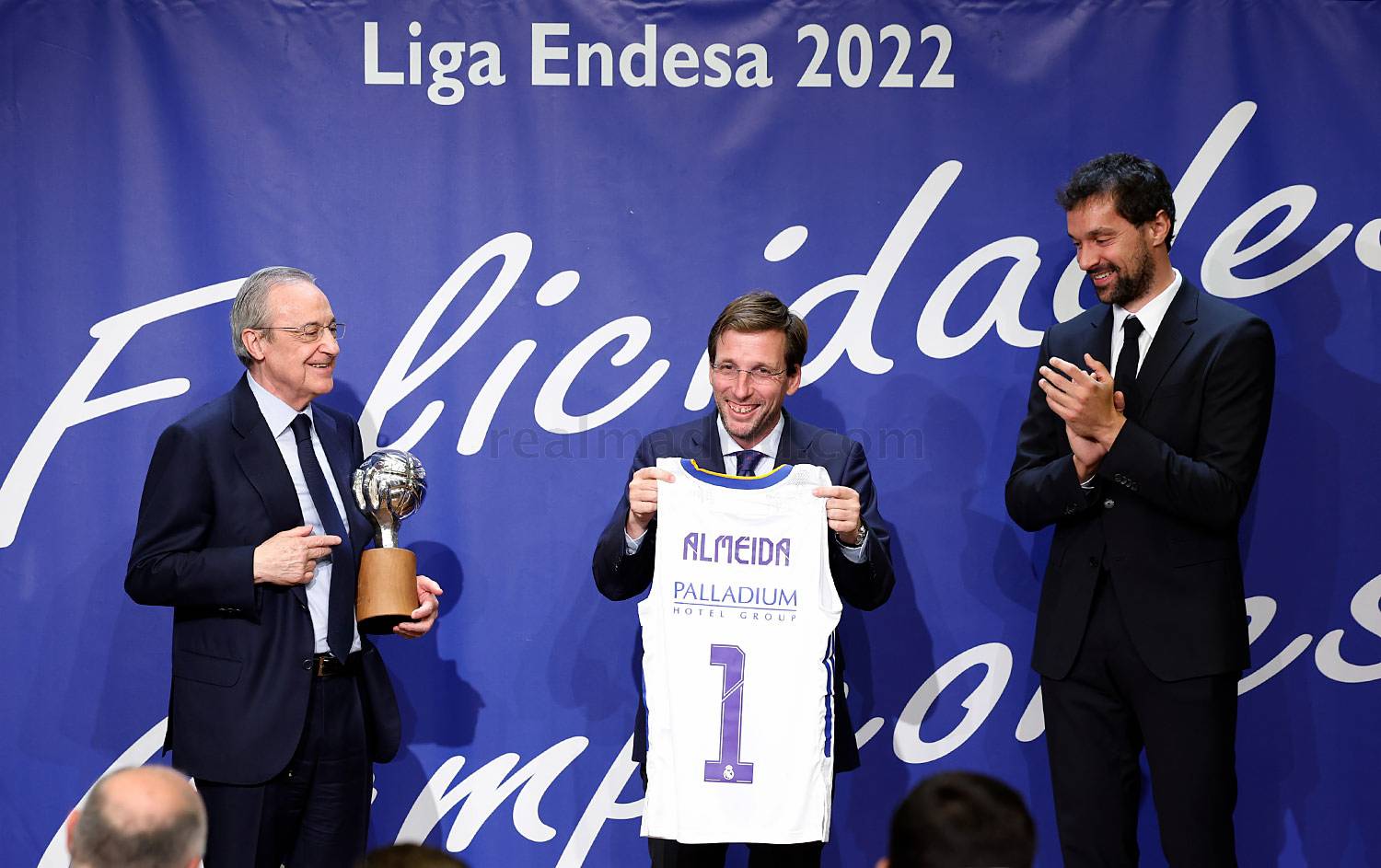 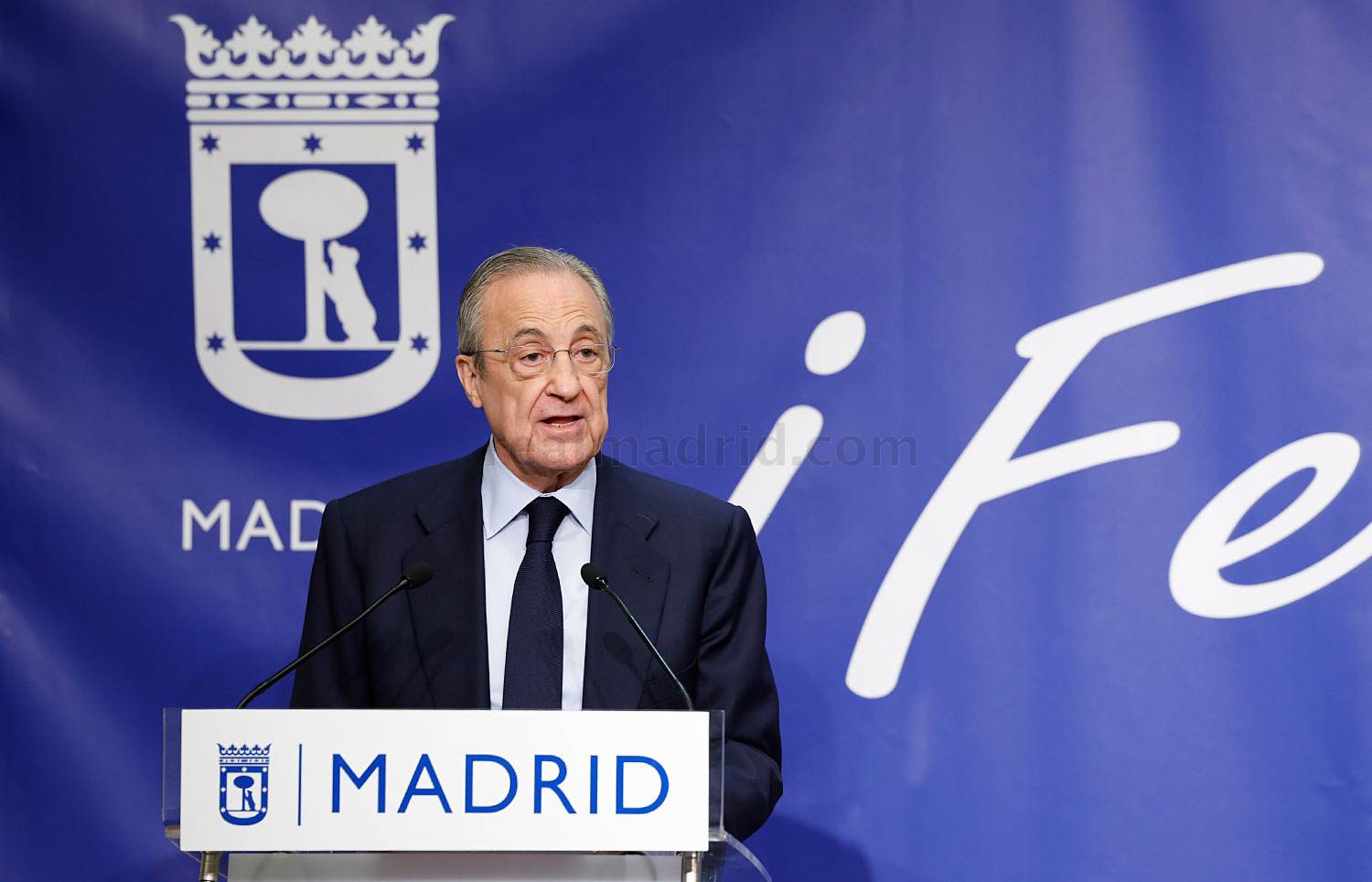 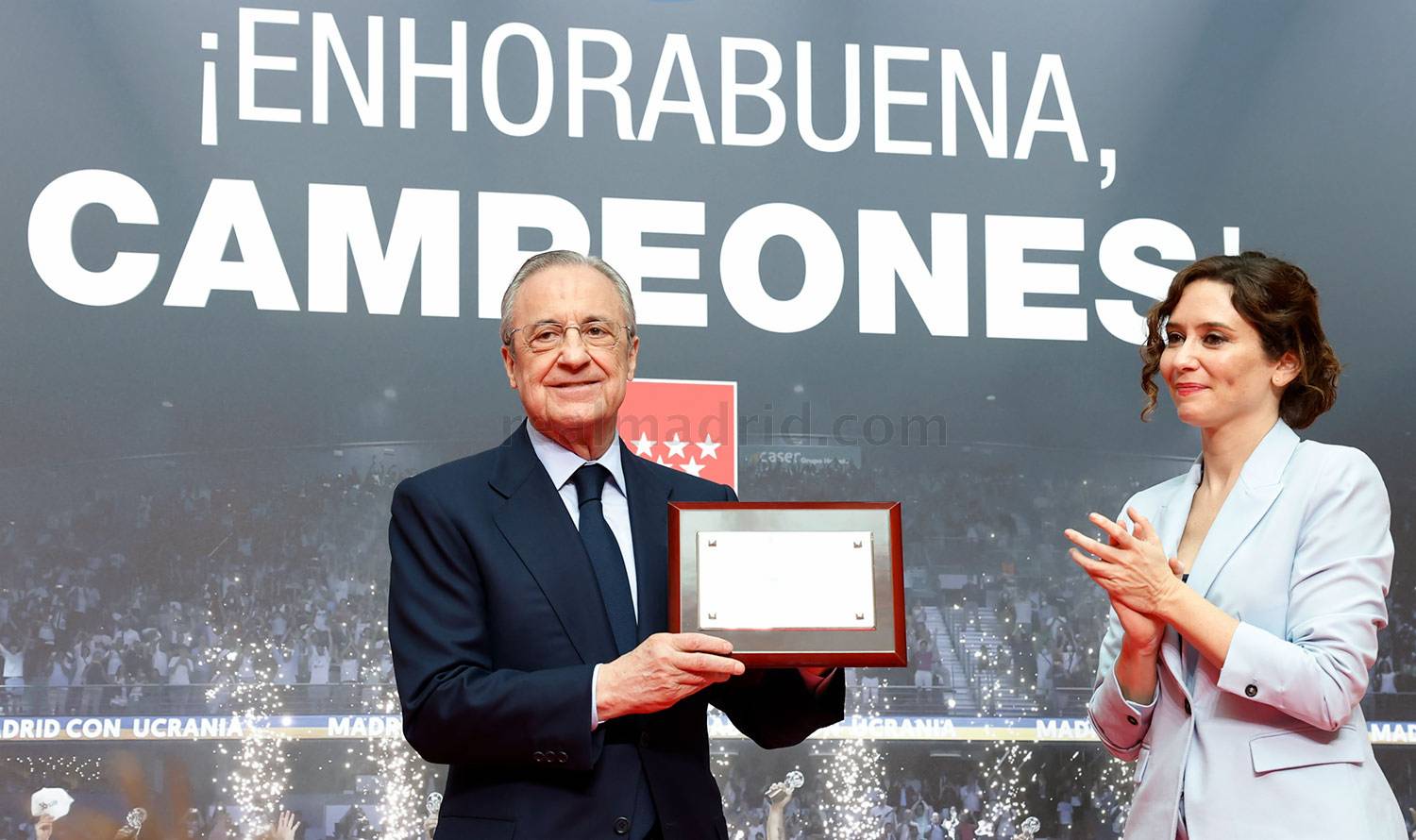 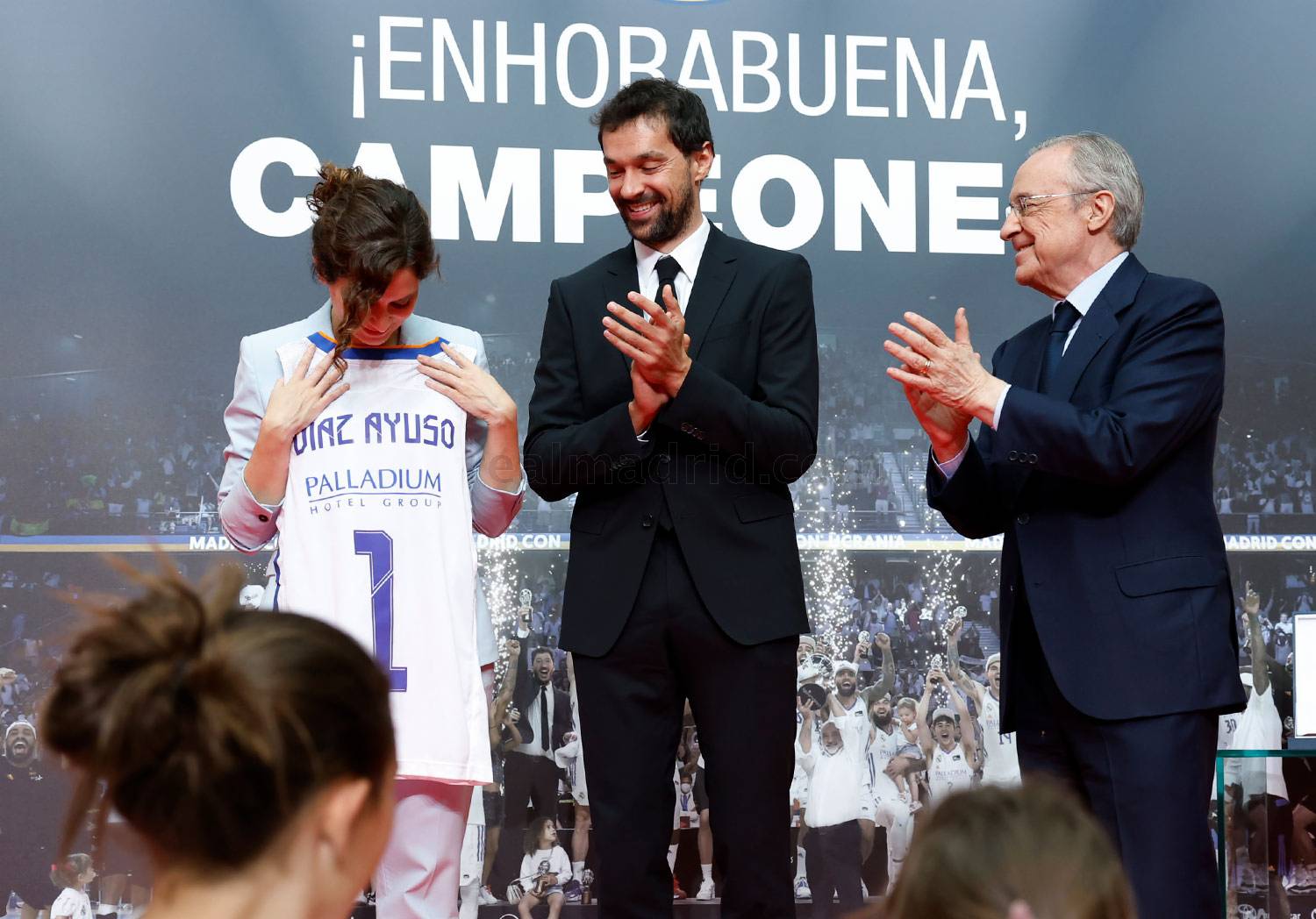 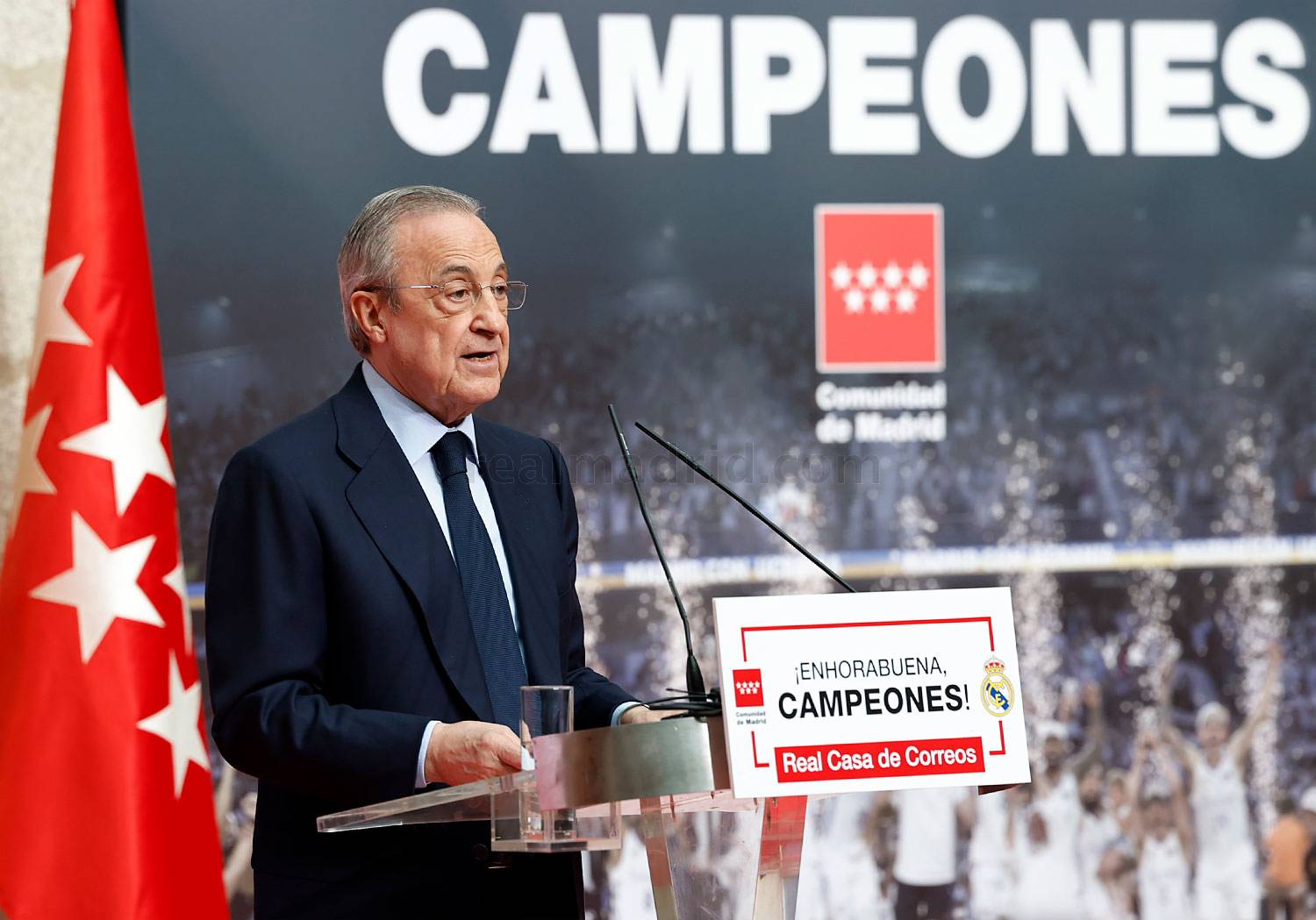 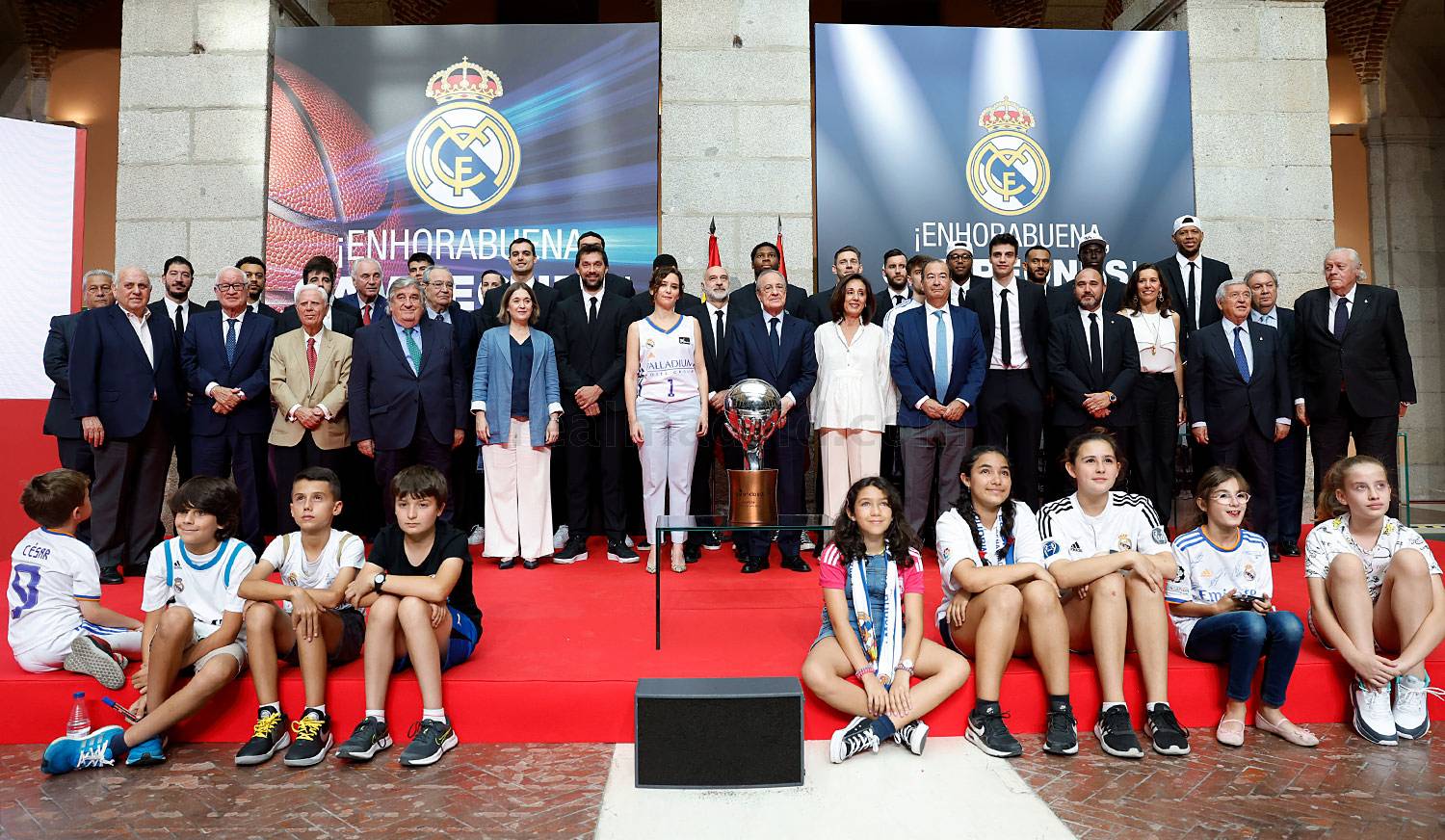 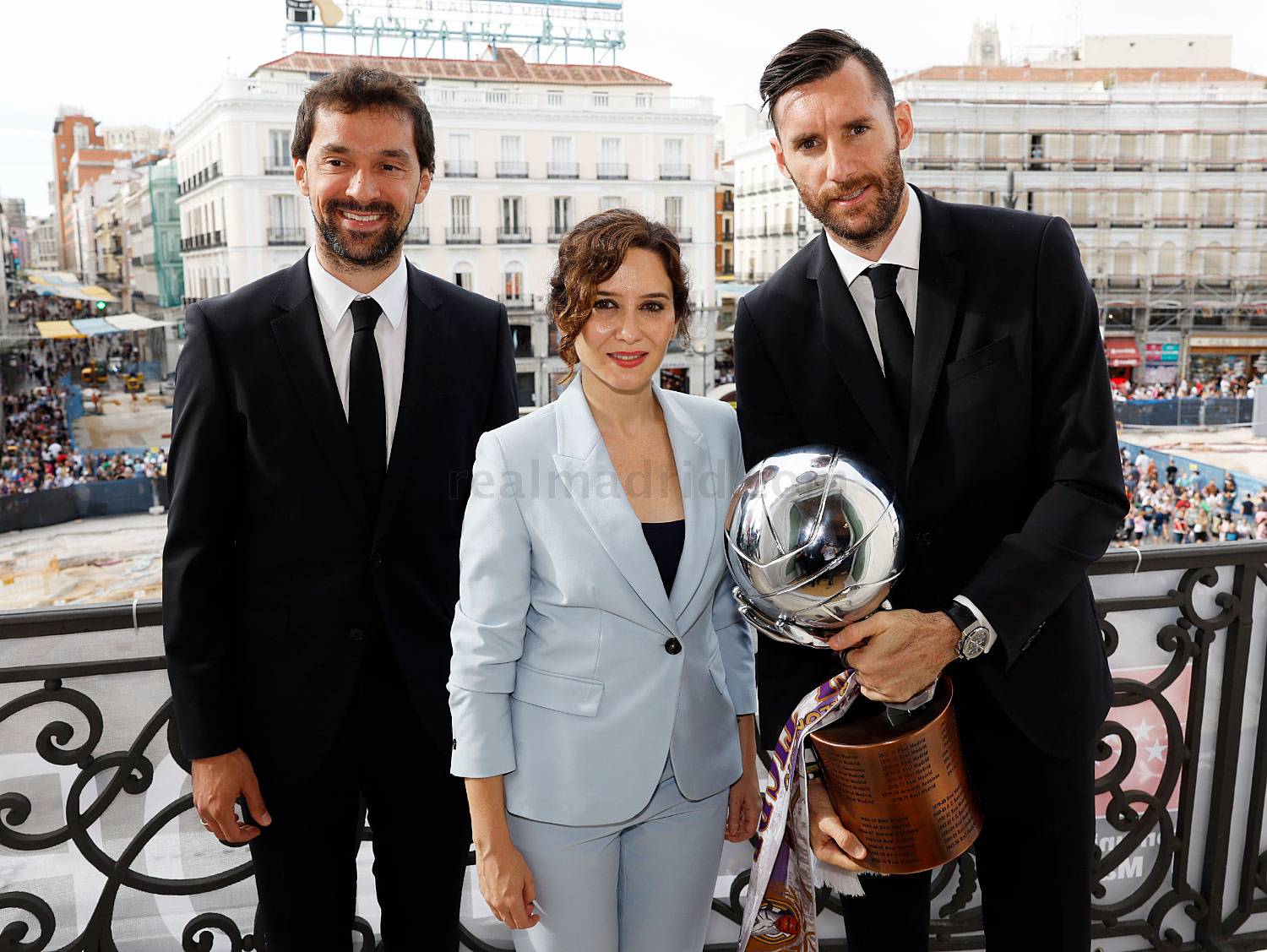 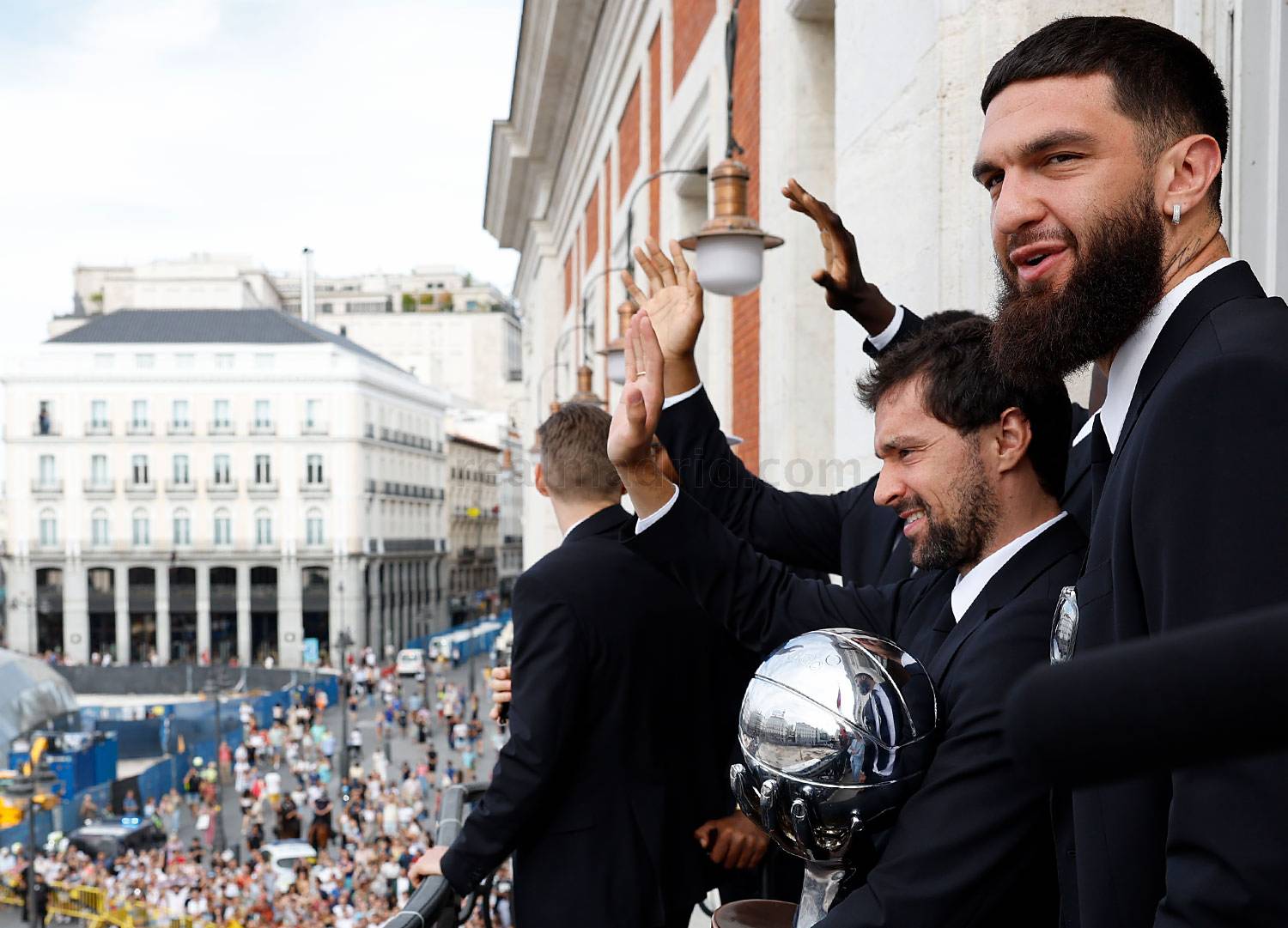