Vini Jr.: “It's my first final and we're going to go all out in Paris”

"We've got to give one last push, I hope to celebrate another trophy with the fans at the Bernabéu," added Modrić.

Vini Jr. spoke to the press at the UEFA Open Media Day to discuss Saturday's upcoming final against Liverpool in Paris (9:00pm CEST). The Brazilian told Realmadrid TV: “I'm really pleased with how my season has gone, I hope it can be the first in which I score many goals with this team, who have done so much for me and teach me a lot. I'm playing with real confidence. I have more experience now after so many games and having played alongside players who have lots of experience and trophies under their belts. I'm working really hard and I'll continue to do so”.

“Rodrygo, Camavinga, Valverde, Militão and I are just starting to write our history at this club. It's important to play with guys who have so much experience, that gives us the calm we need. We're really enjoying this last week following a great campaign, not just for me but for the whole team and coach as well. I'm already thinking about the final, I know in my mind what I have to do and what I shouldn't. I'm a bit nervous too, it's my first final. It's the biggest game of them all. Thank you to the fans for supporting us, we're going to go all out in Paris".

Modrić: “It’s my fifth final, which is impressive”
“There's a really good vibe and we’re really up for it, it's really impressive to be in my fifth final. The message we're trying to get across to the players who are playing in the final for the first time is that they should approach it with a cool head and just enjoy every moment. They have to go out and give their all on the pitch and everything will work out well. There are no words to describe the Champions League nights at the Bernabéu. We're lucky enough to play at the stadium and that this club allows you to experience those magical nights.”

“I'm grateful to be able to continue to play at this level. The most important thing is how you perform on the pitch and your age doesn't matter. I'm feeling really good and continue to have real desire to carry on competing at the top level and winning more trophies with Real Madrid. I hope to continue on in this vein. I've always enjoyed being under pressure and having that responsibility. I feel proud to have received so much recognition and affection from the fans.”

“I want to thank all of the madridistas for their support. We’ve allowed them to enjoy things and put them through the mill, but, ultimately, when you win it, it makes everything so much better. We just need one more push now in the final and we'll be giving our all. I hope to see you again at the Bernabéu to celebrate another trophy win, that would be really impressive.”

Personal form
“I'm very happy with how I'm playing at the moment. The best moment of the season for me personally was my goal against Chelsea, from that point forward, things started going well for me. I was having a good season but I needed to get more goals. The three knock-out ties were very tough but the Chelsea one was the hardest. We were 0-3 down and from the outside I couldn't see us coming back. After my goal things started going for us but it was very tough".

Carvajal: “We’ve got to give one last push”
“I've now hit top form this season. This will be my fifth Champions League final. I want to enjoy it, help the team and try to do all I can and for us to bring the European Cup back to Madrid. Further down the line, we’ll realise what we're achieving in what has been one of the club’s golden eras. Being a part of it and writing my name into Real Madrid’s history books makes me proud.”

Advice for the youngsters
“You still get those nerves and the butterflies in your stomach when you’re playing in the final. When we're in the dressing room, I try to convey a calmness to the youngsters. They just have to go out and enjoy it, just like we did the first time round. It's 90 minutes out there and the greatest thing is to win it and to do so in this shirt.”

Liverpool
“The three players they've got up top are very quick and we'll have to be really wary of them. However, in the defensive phase, if we manage to overcome that first line, we're capable of posing them problems. That could prove to be one of the keys of the game.”

Message
“ I want to thank the fans for all of the support they've given us this season. They really carried us over the line, particularly in the Champions League knockout ties. We've now got to give one final push and are just one step away from winning the club’s 14th European Cup crown. I'd ask you to get behind us in Paris, in your homes, in the bars because we're going to give every last ounce to bring the cup home.”

Lucas Vázquez: "It's been a really special journey"
“It's been a real special journey to reach the final, but the only thing that we've got in our minds now is to get the win and bring the Champions League trophy back to Madrid. It’ll be a tough game because Liverpool are a great side who’ve performed really well throughout the whole season, but we're Real Madrid.”

“We've all missed being able to enjoy weeks like this. The last time we got to experience it was back in 2018 and it's a really impressive experience. We’re really raring to lift the Champions League trophy again. It’d be incredible to celebrate it with the fans again, and that's something that we've all got in mind and will be fighting to achieve it.” 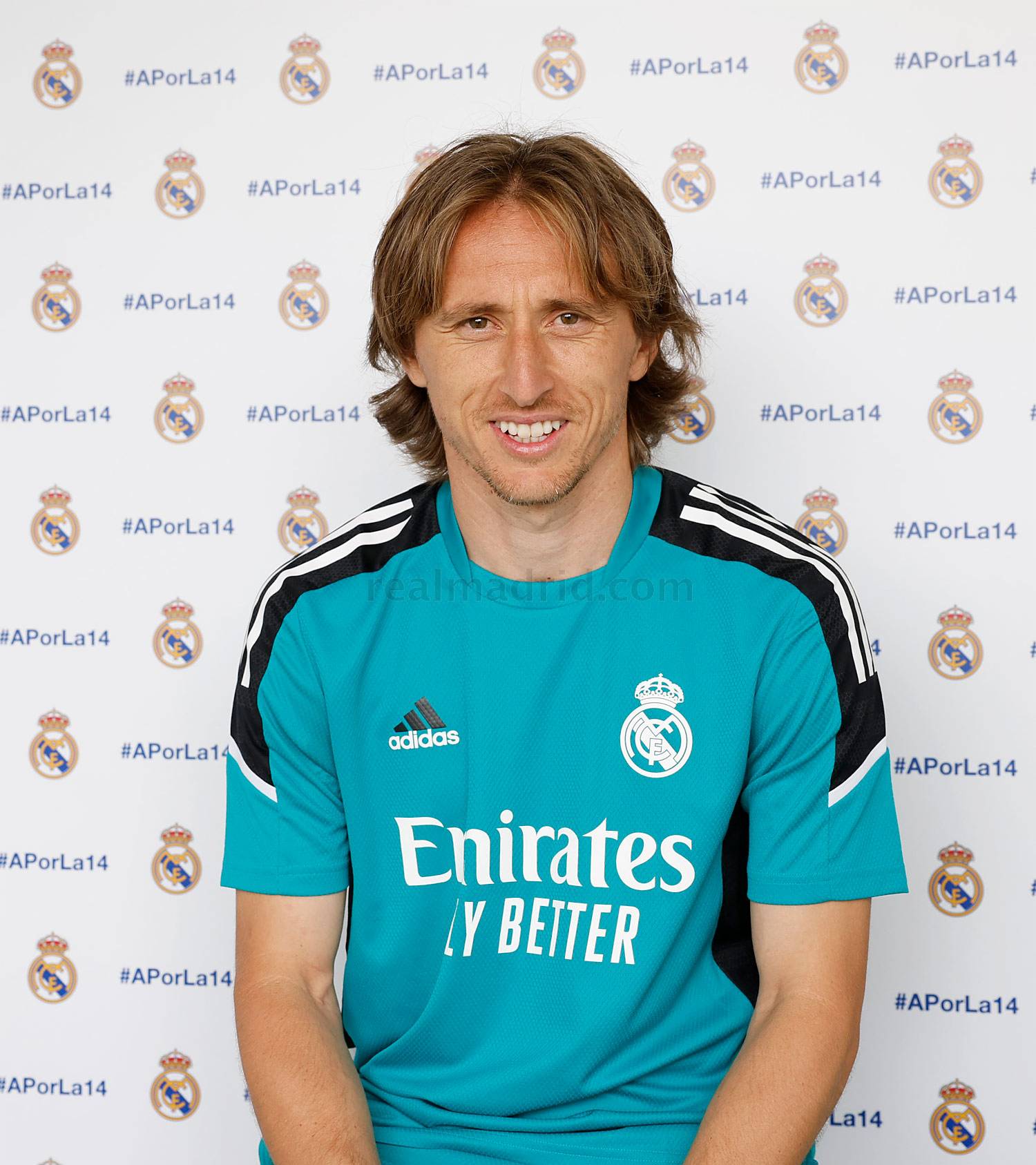 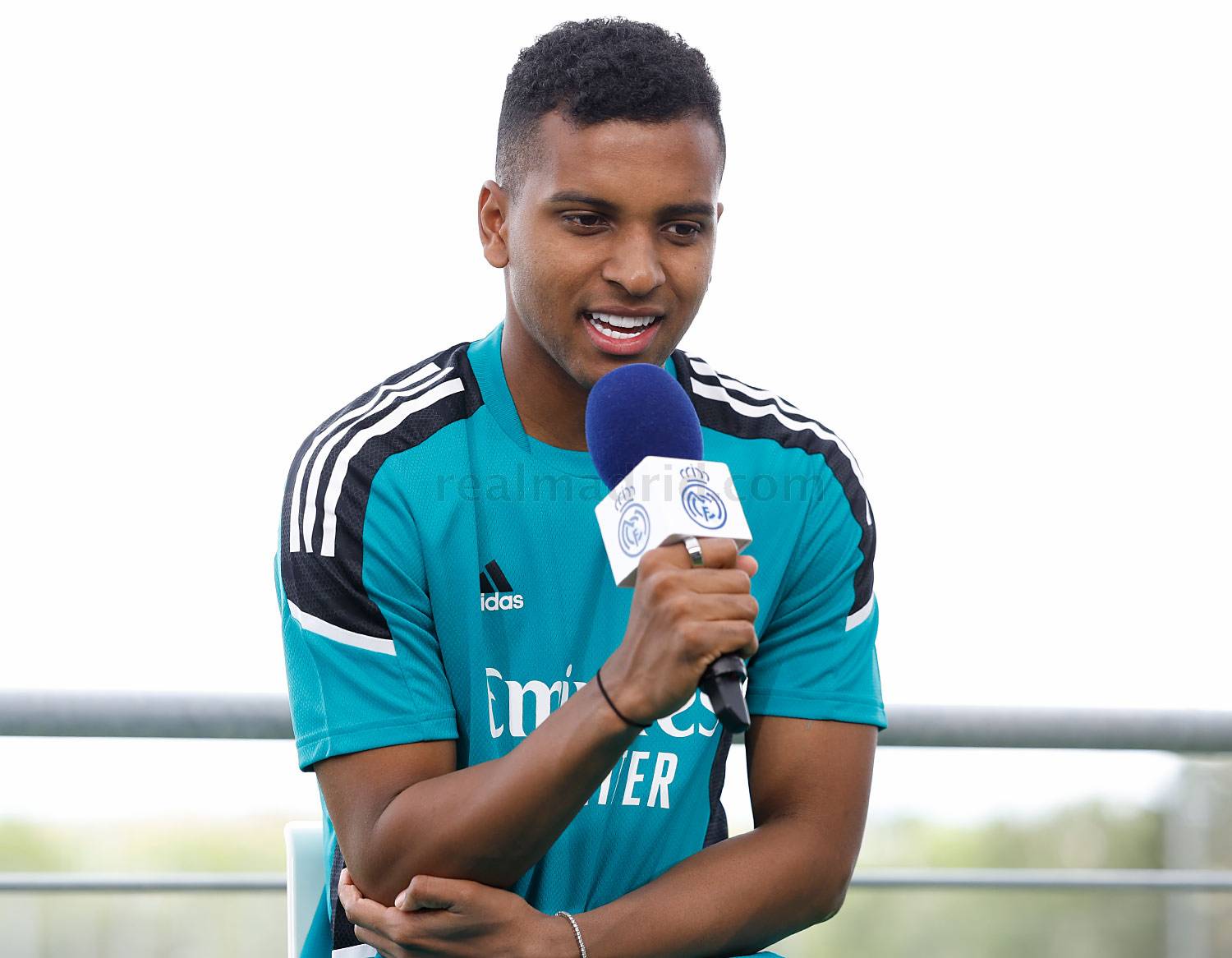 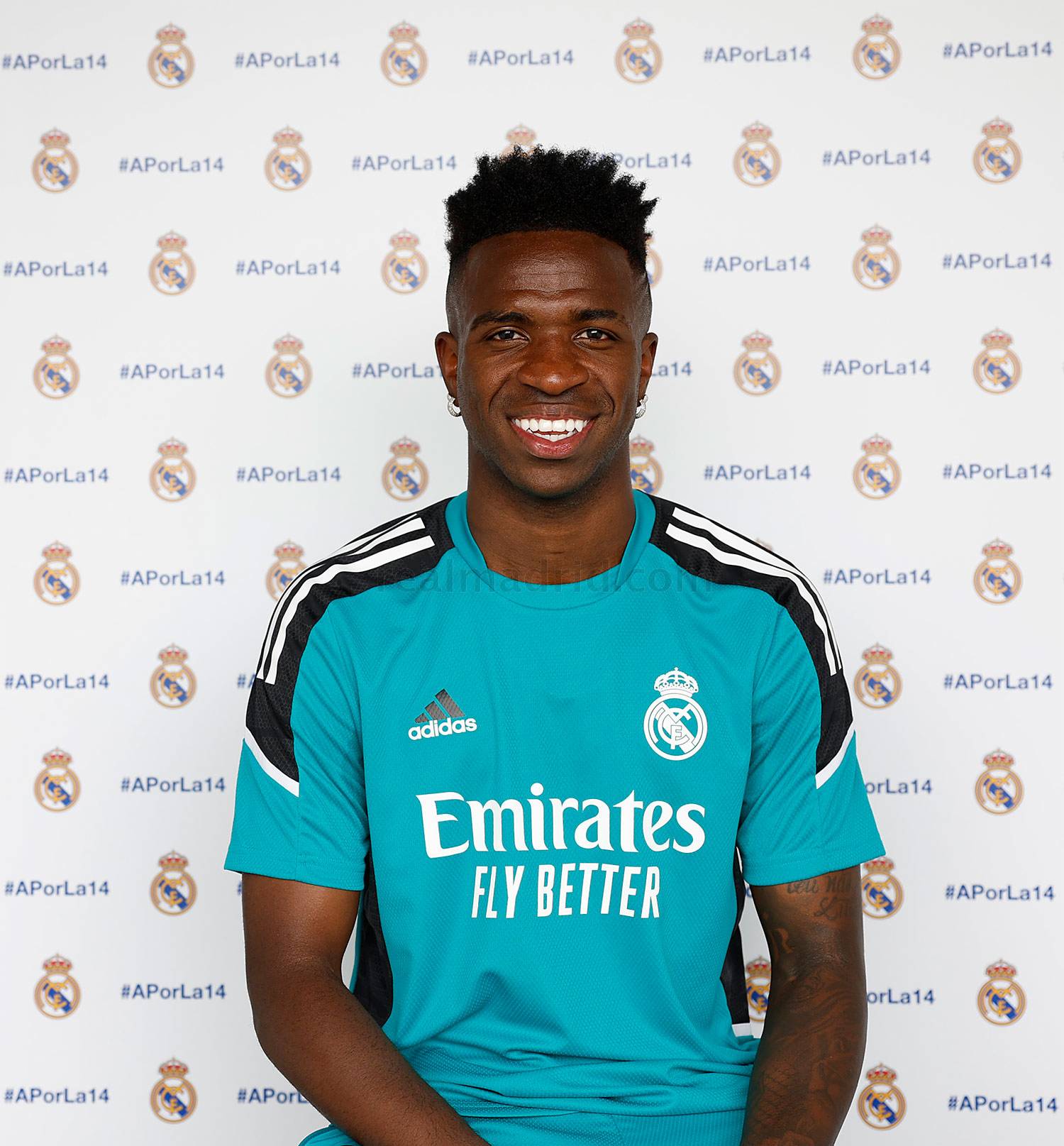 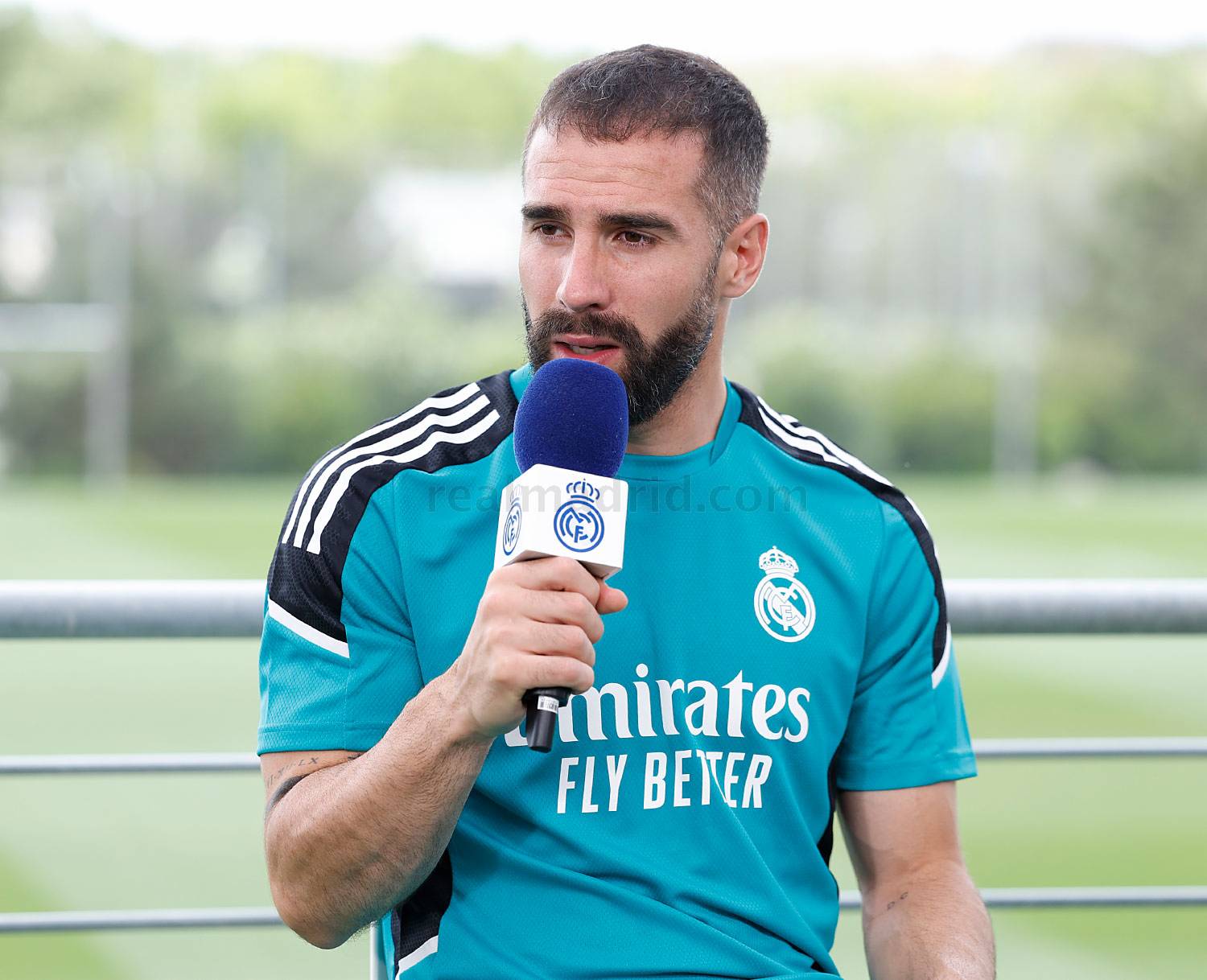 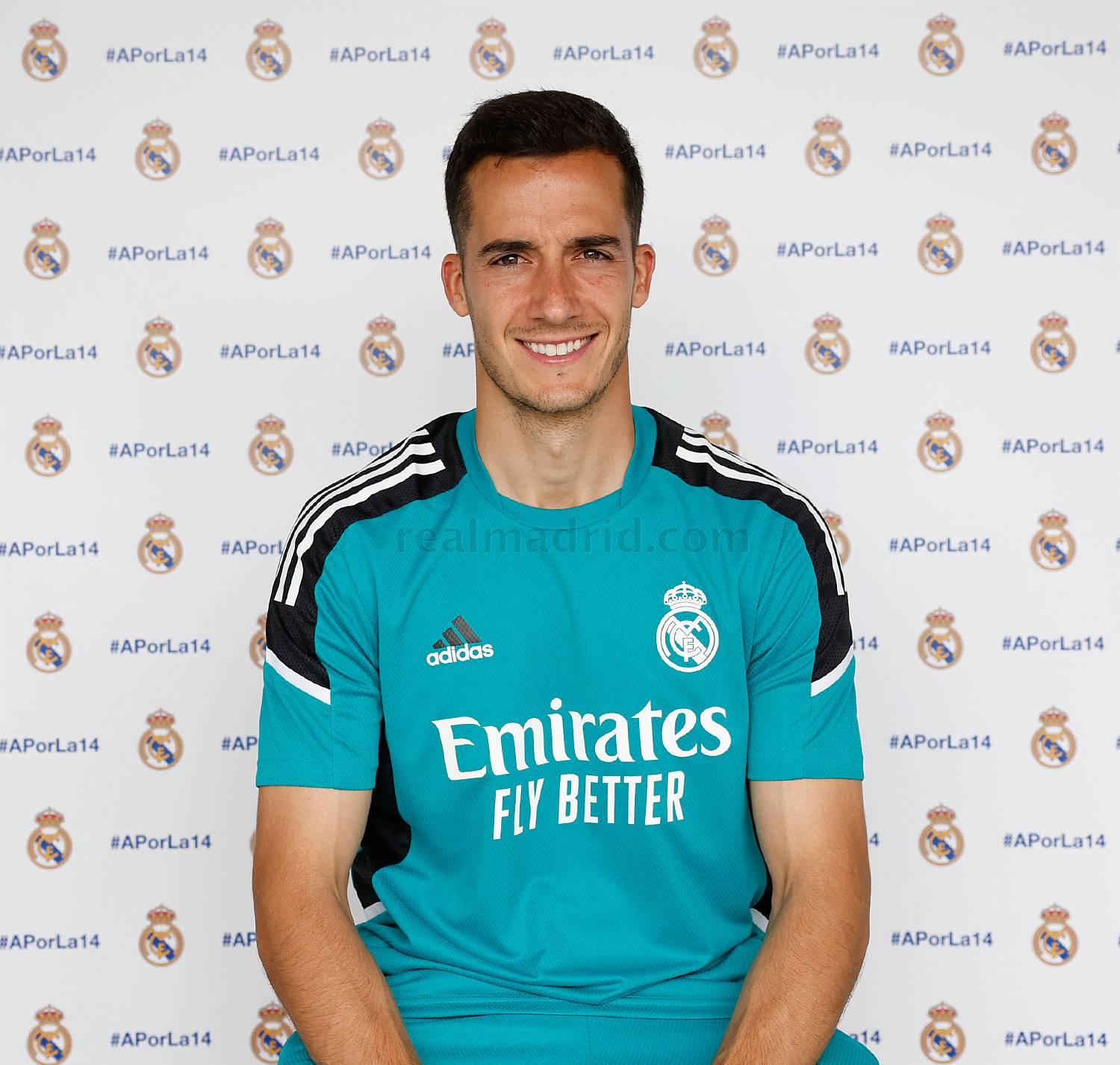