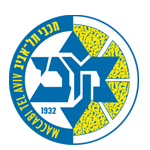 Laso’s men produced a superb first half, racking up 56 points, to go 2-0 ahead in the tie against Maccabi. A sublime Poirier led the Whites with 31 in PIR.

Real Madrid took a huge leap towards booking a place in the Final Four in Belgrade after convincingly defeating Maccabi in the second matchup of the EuroLeague playoffs. The madridistas put on a dazzling first-half display, racking up 56 points, while defending resolutely to edge 2-0 ahead in the tie. Poirier spearheaded the side, with 16 points, 10 rebounds and 31 in PIR, while Llull and Yabusele were the other standout performers for our team, both producing double-digit scoring.

The second playoff clash got underway with high intensity shown by both teams and great precision from the three-point line. Madrid edged ahead on the scoreboard spearheaded by Williams-Goss, who hit two consecutive triples and Yabusele from the paint. However, Pero Evans, Wilbekin and Reynolds prevented the hosts from further extending their lead and levelled the score in the 5th minute (18-18). The Whites, partly down to Llull’s fine shooting from the perimeter (three 3-pointers in a row), gradually transformed the turnovers and offensive rebounds into points to seal a superb first quarter (35-26).

Poirier dominates in the paint
The madridistas continued to set the pace in the second quarter. Poirier, who recorded nine points and four offensive rebounds, gave nothing away under the hoop. Then it was Rudy, striking a three-pointer, who increased the lead to 15 points on 14'. Laso's charges showed their defensive prowess with Poirier, who led his team with 13 points, 9 rebounds and 26 in PIR in 14 minutes. Hanga capped off a spectacular 14-4 run to send our team into the break with a 56-37 lead.

The Whites didn't drop off the pace, and right at the start of the third quarter they launched a 6-0 run to make it 62-37 in the 23rd minute. Maccabi countered with Wilbekin, Nunnally and Evans, but it simply wasn't enough. Two three-pointers from Llull and another from Yabusele (both players recording double digits in scoring and PIR) left the Israelis no chance of closing the gap on the scoreboard. Laso's men took another quarter and established a commanding 26-point lead.

Madrid go 2-0 up in the tie
Both teams saw their scoring efficiency diminish in the final ten minutes. Still, Llull was hungry for more and inspired his side by racking up 17 points. The hosts kept Maccabi at bay, as Laso introduced the likes of Núñez to give the more regular players a rest ahead of the upcoming games against Coosur Betis (Sunday, 24 April) and the visit to Israel in the third matchup of the EuroLeague playoffs (Tuesday, 26 April). The Madrid academy graduate, Causeur and Poirier, who wound up with 31 points, delivered a spectacular display at the WiZink Center as the Whites made it 2-0 in the playoffs against Maccabi. 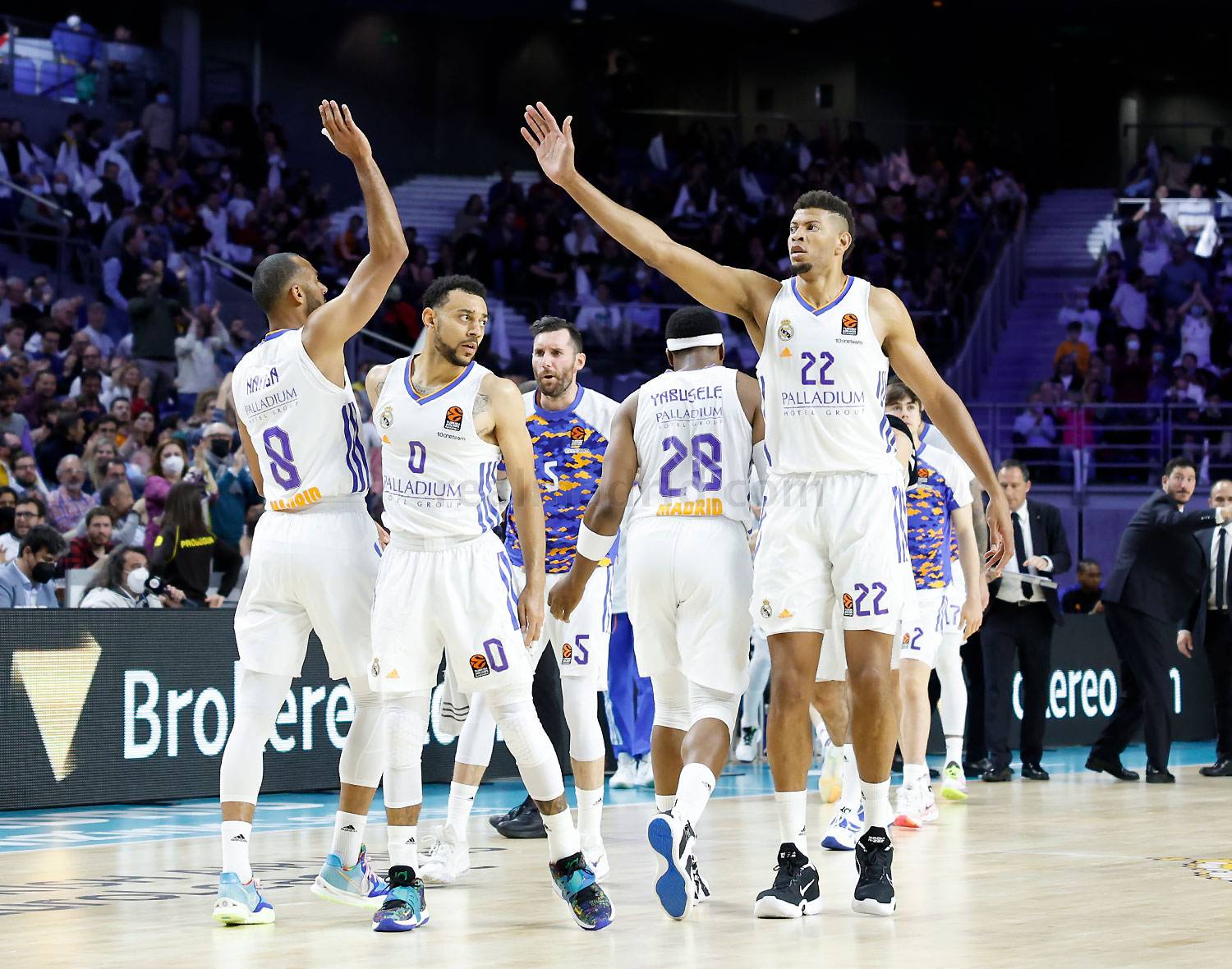 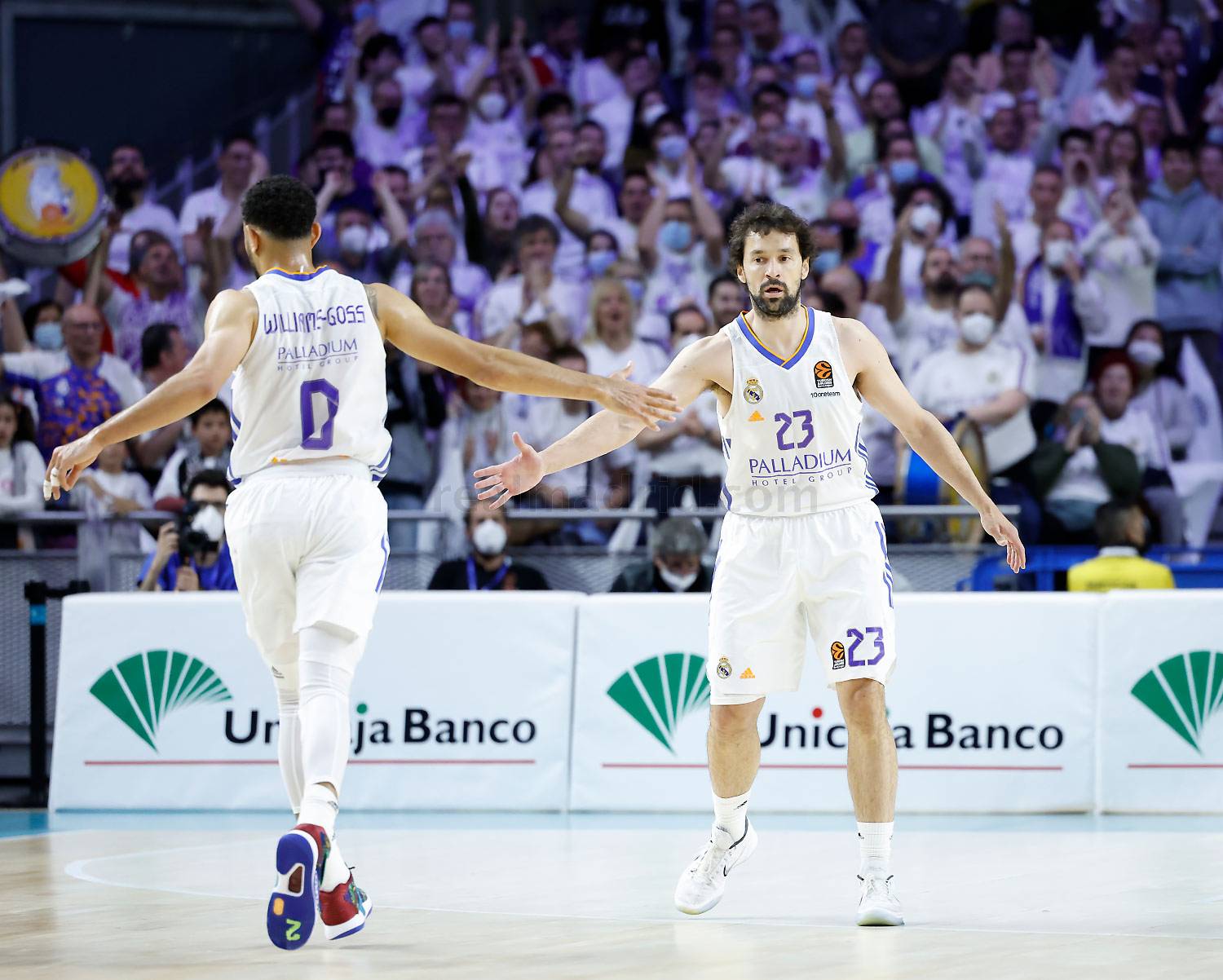 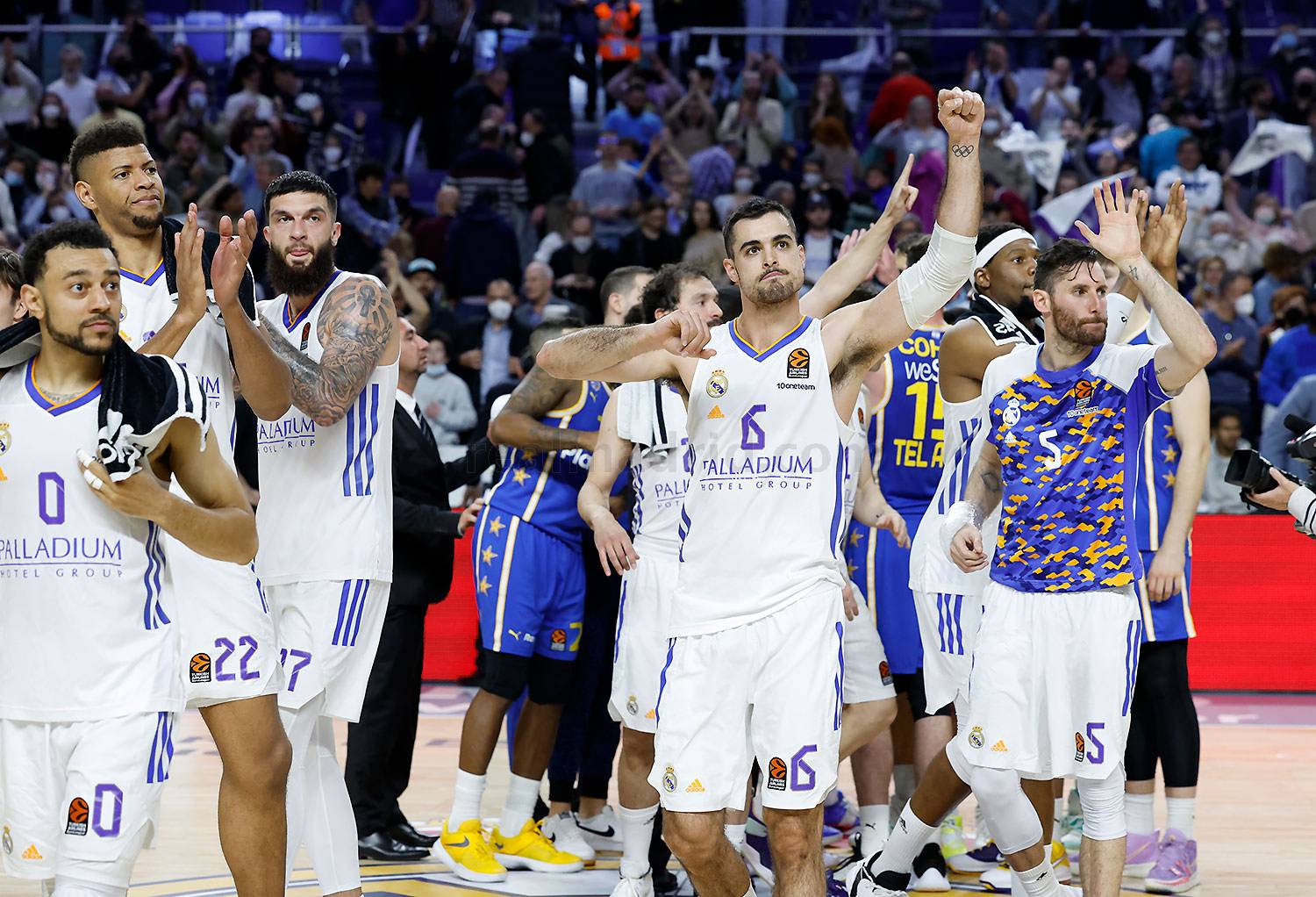 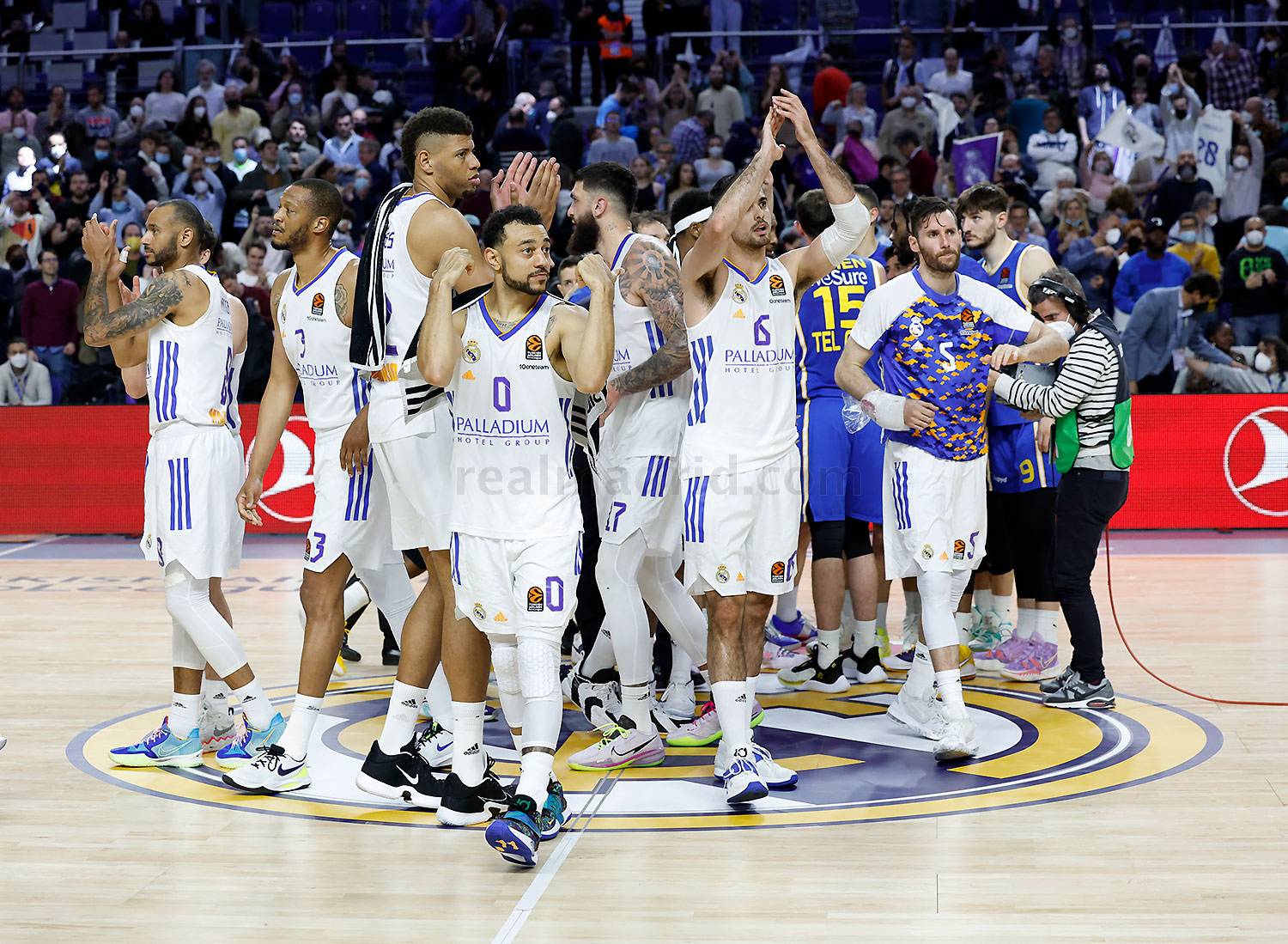 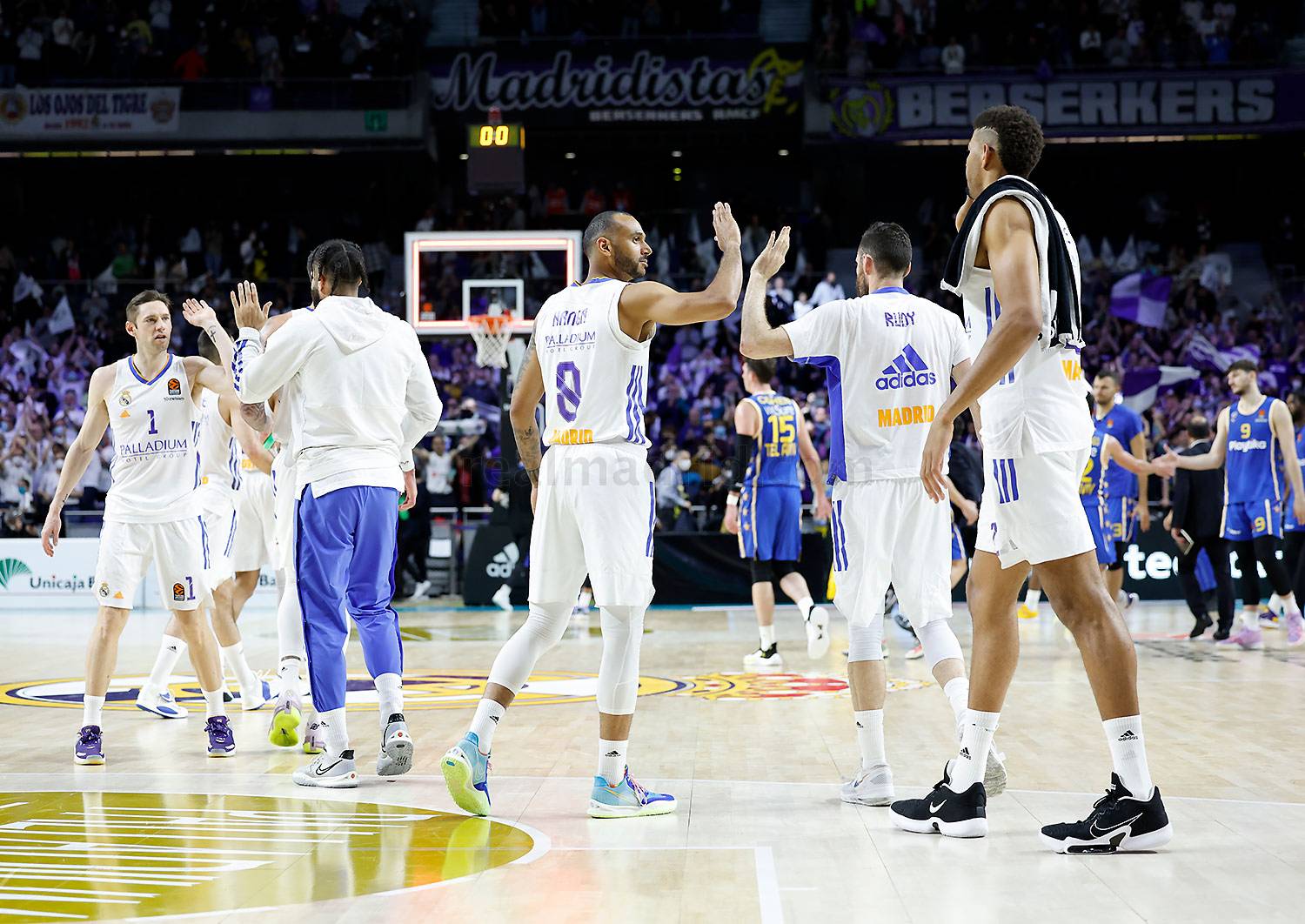 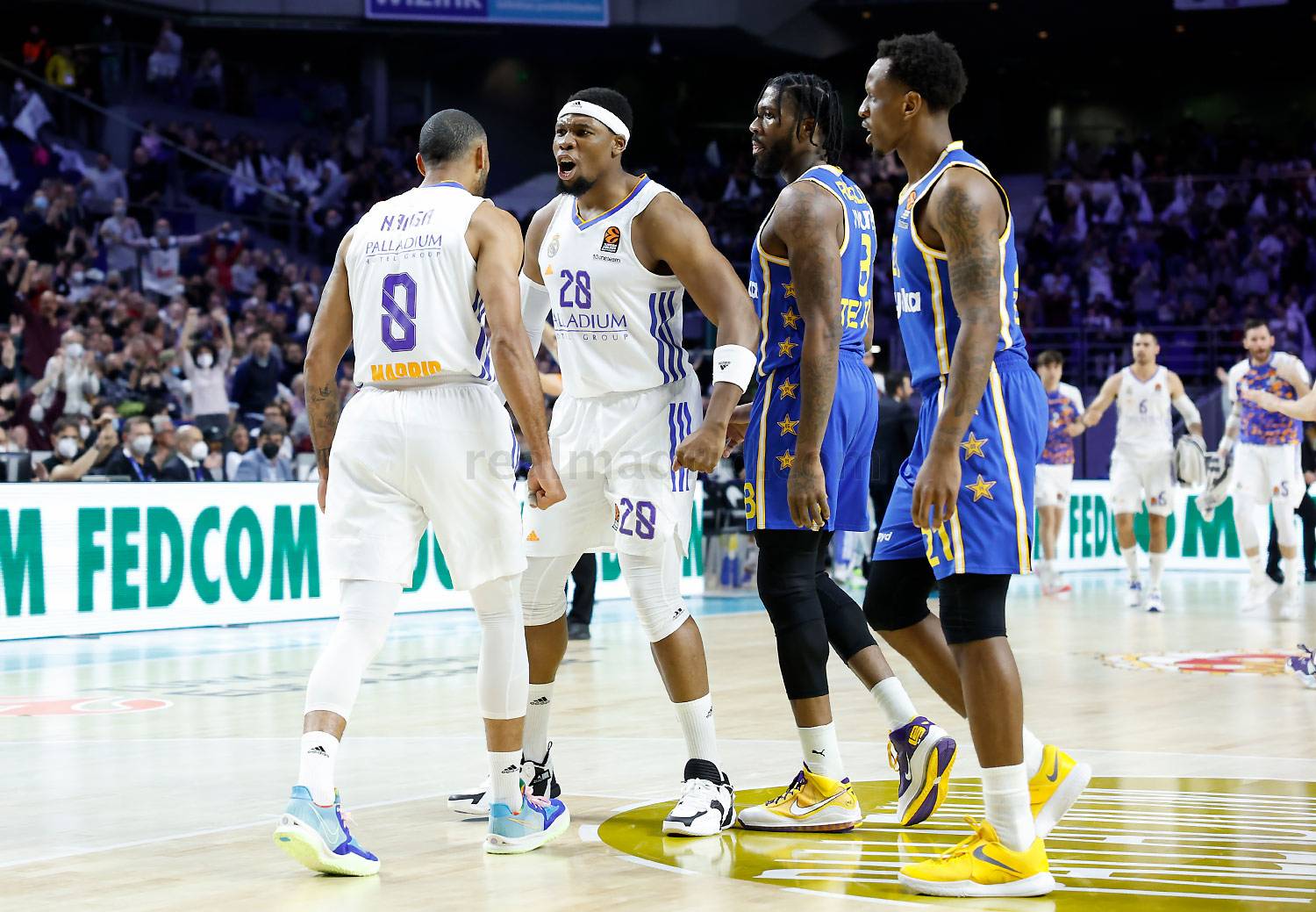 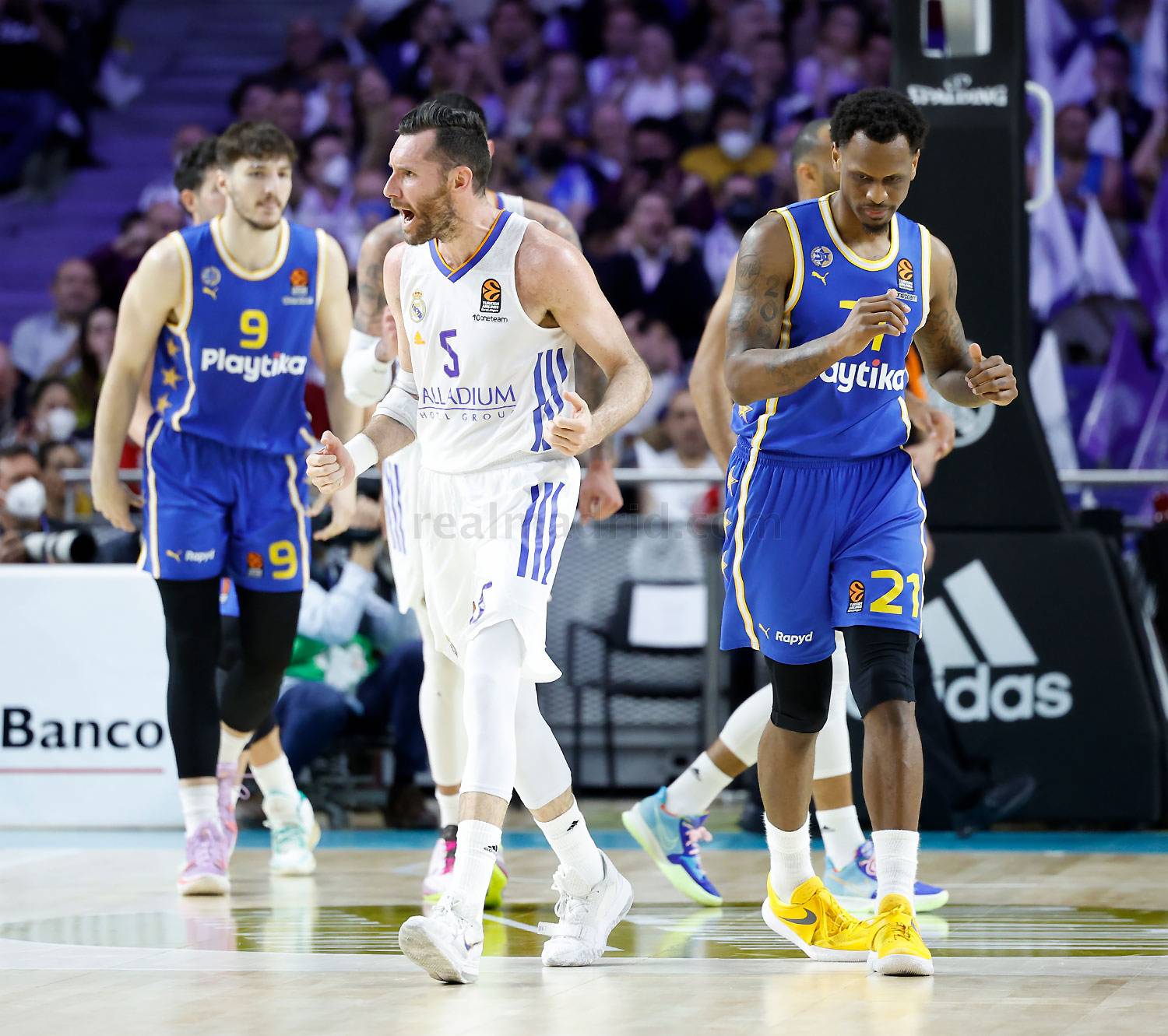 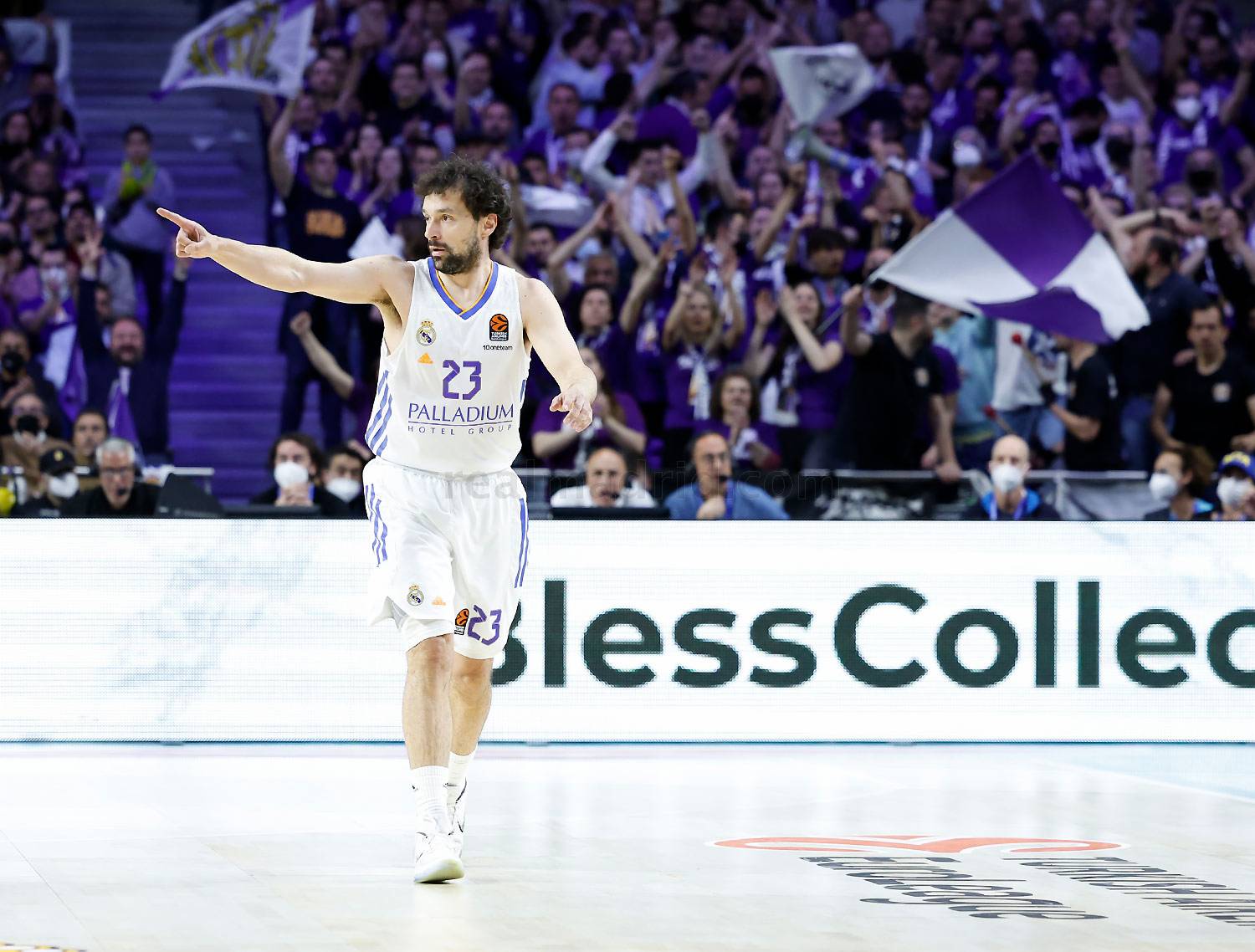 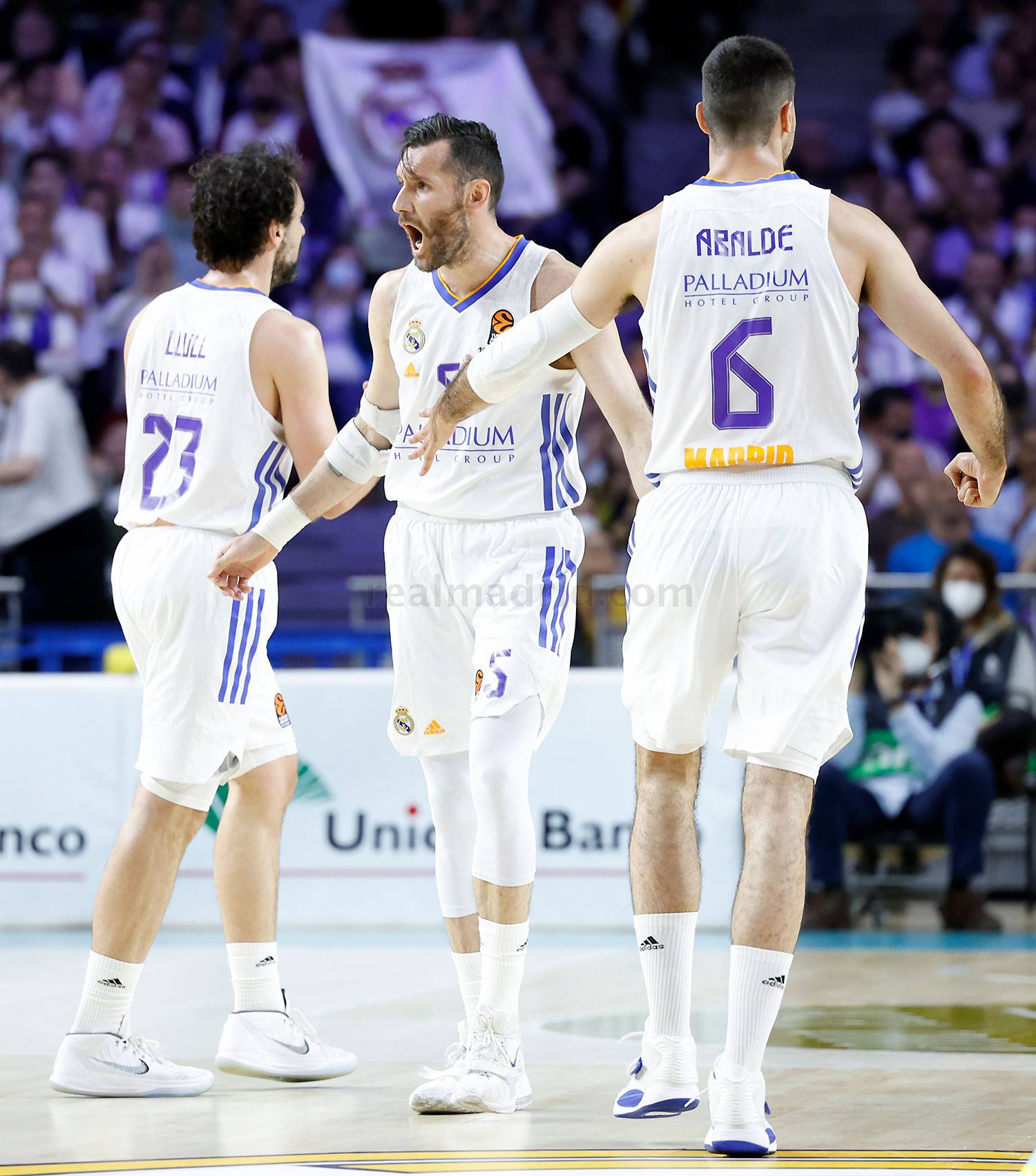 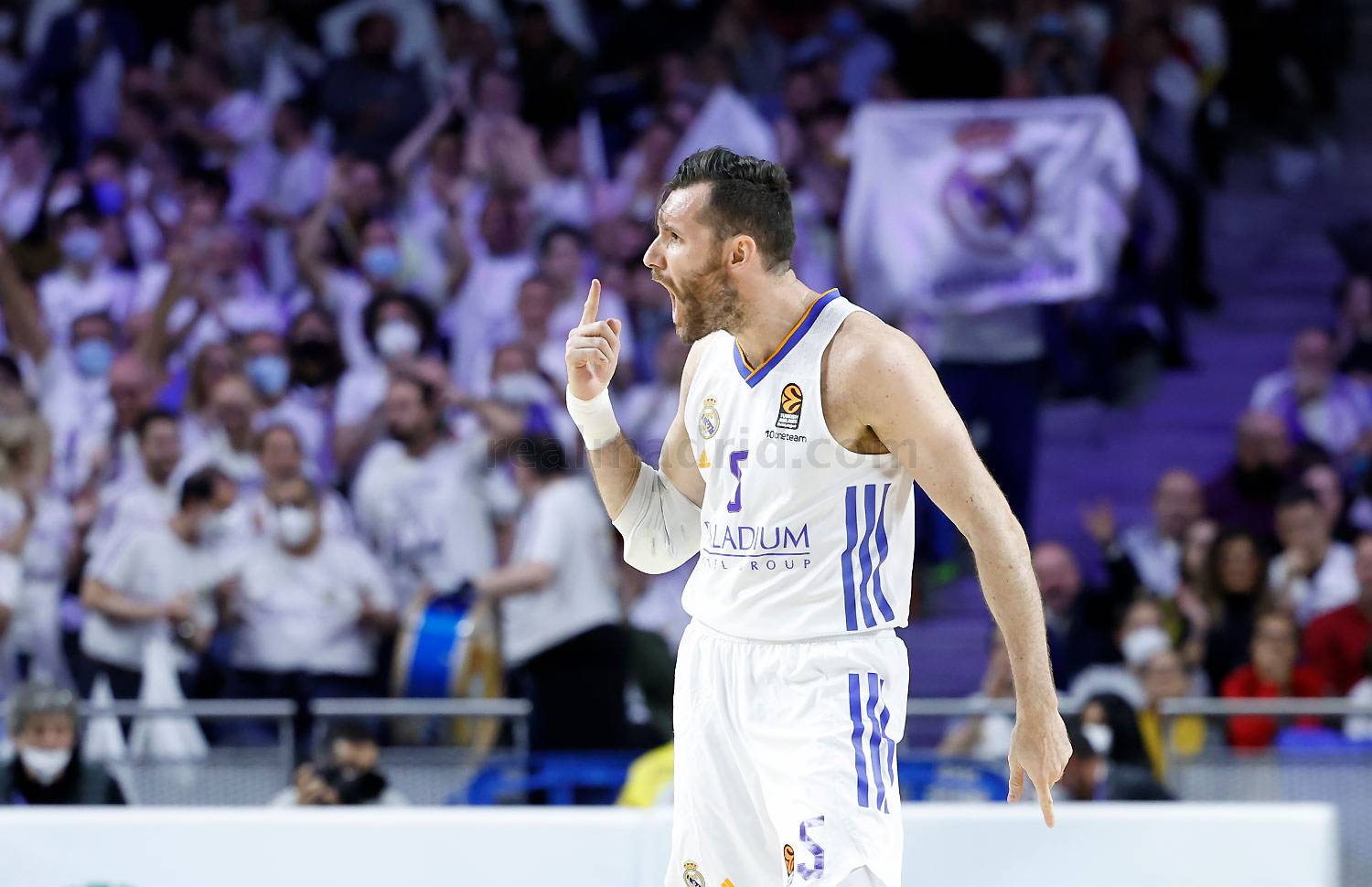 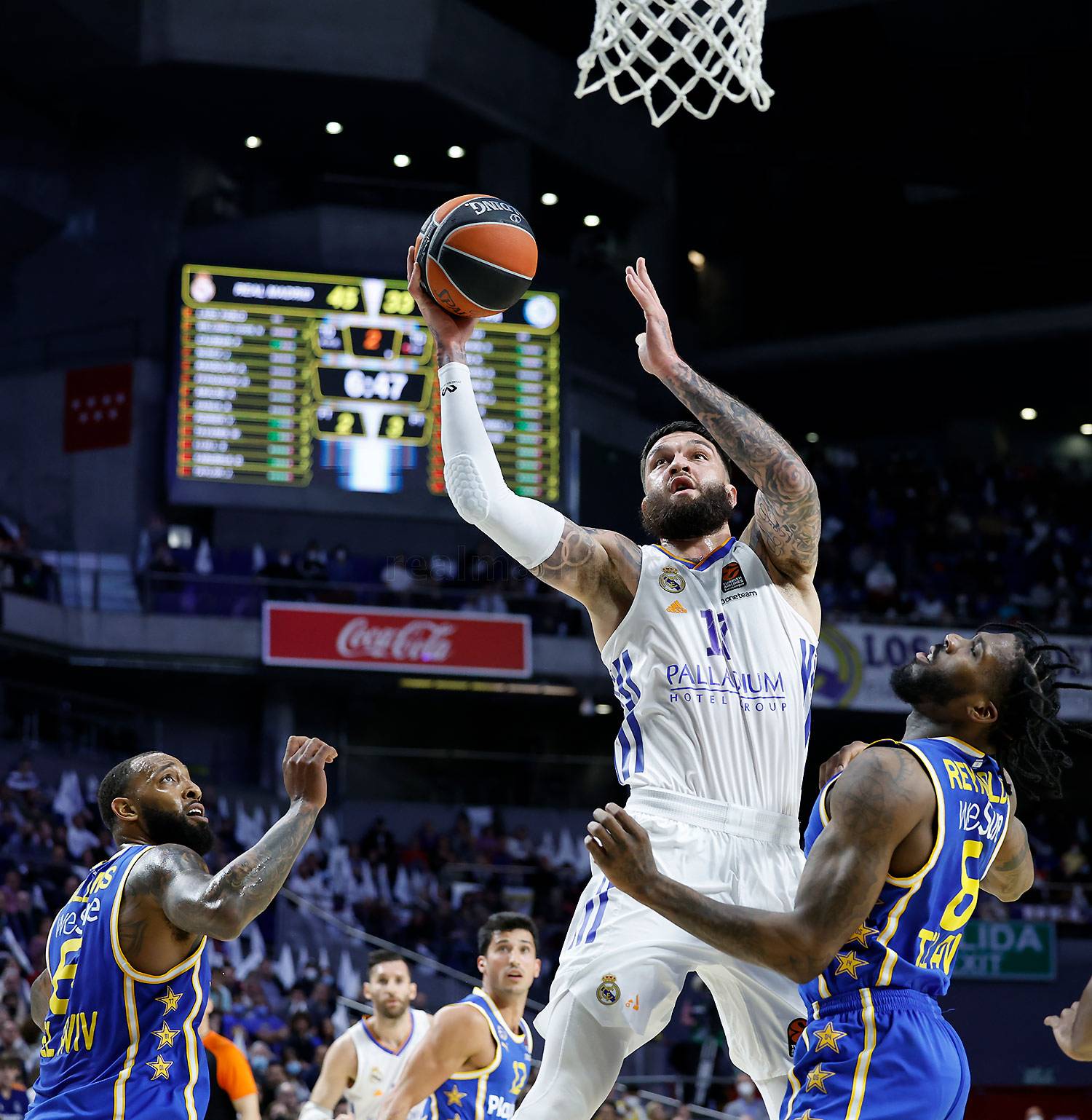 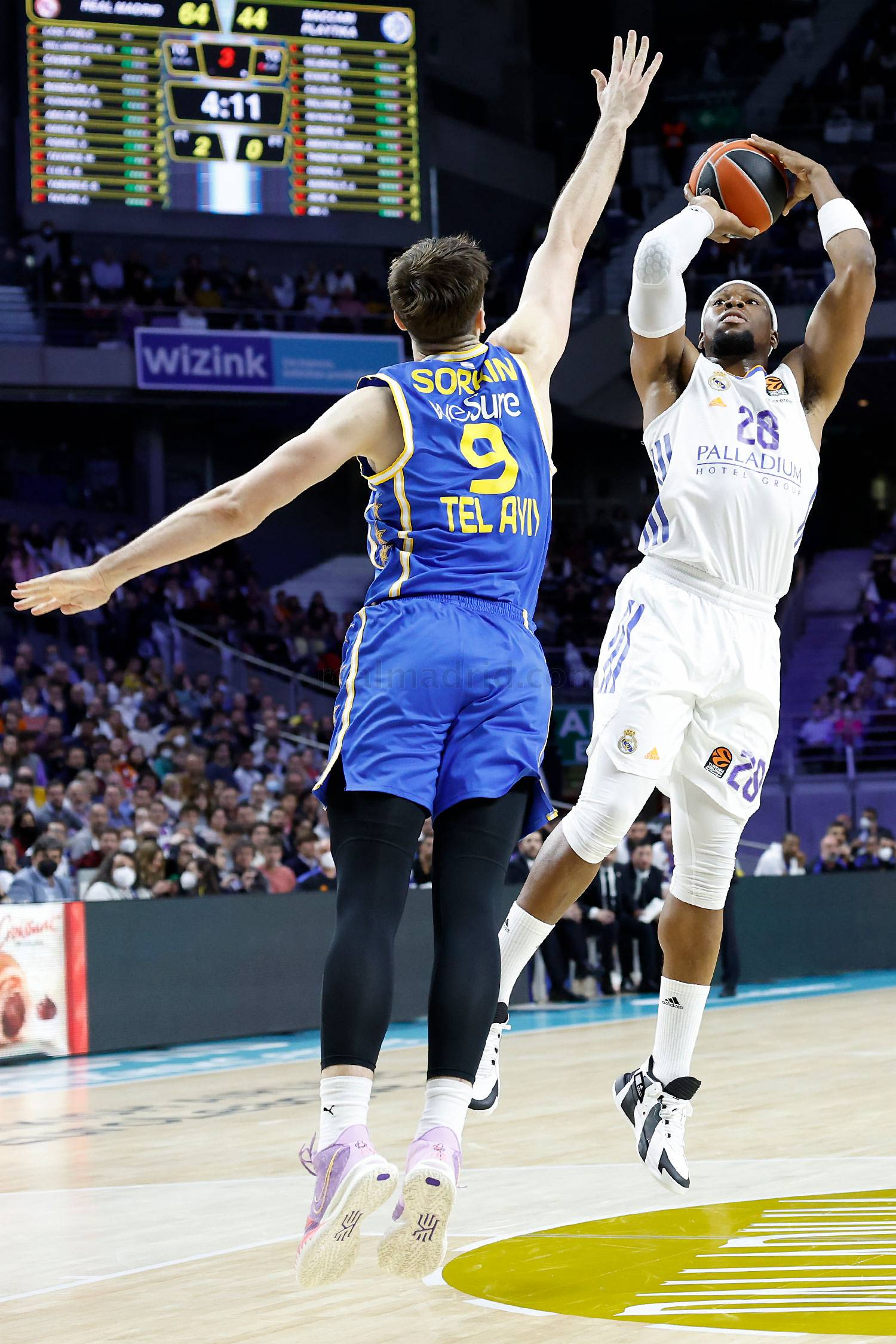 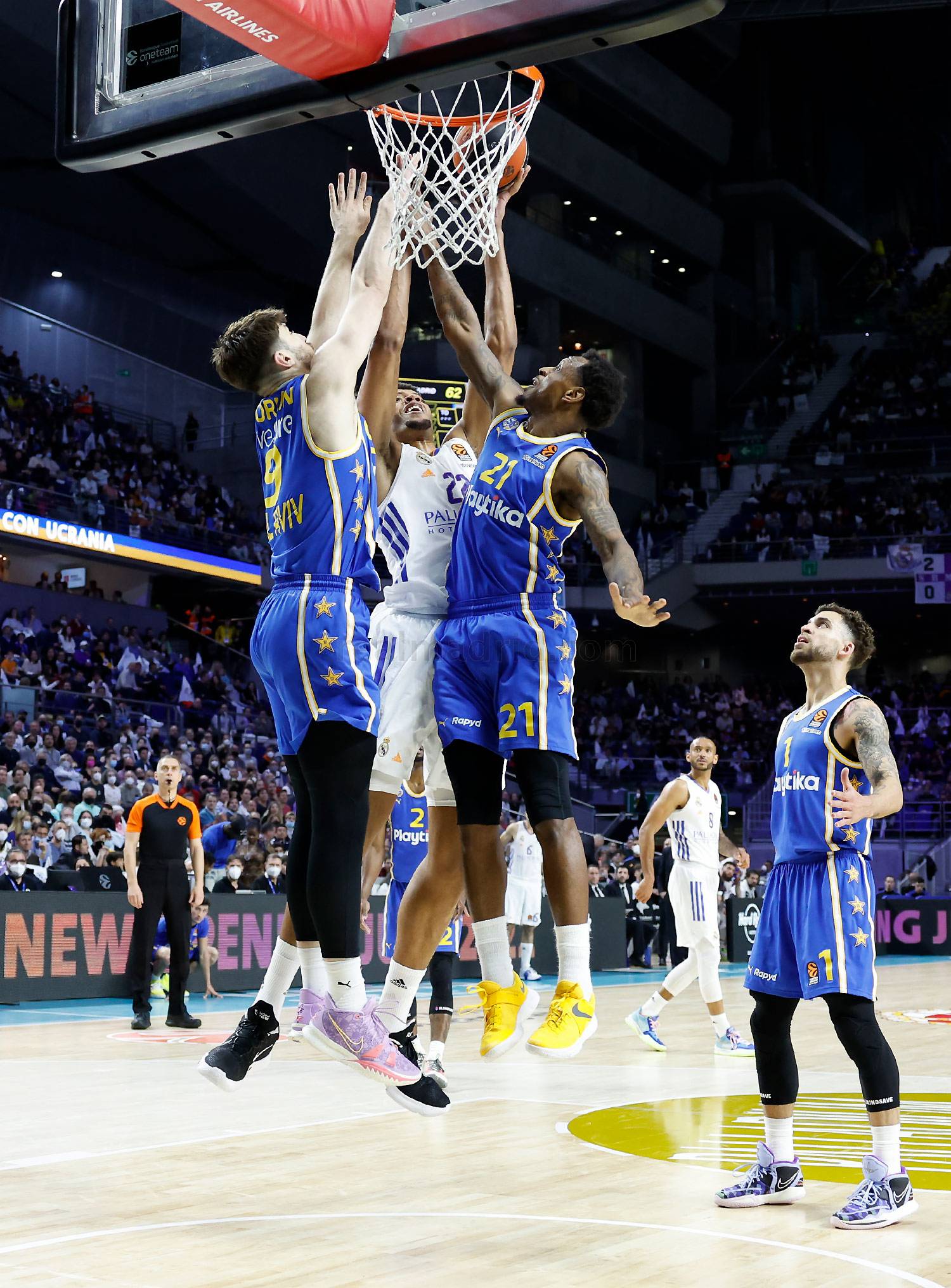 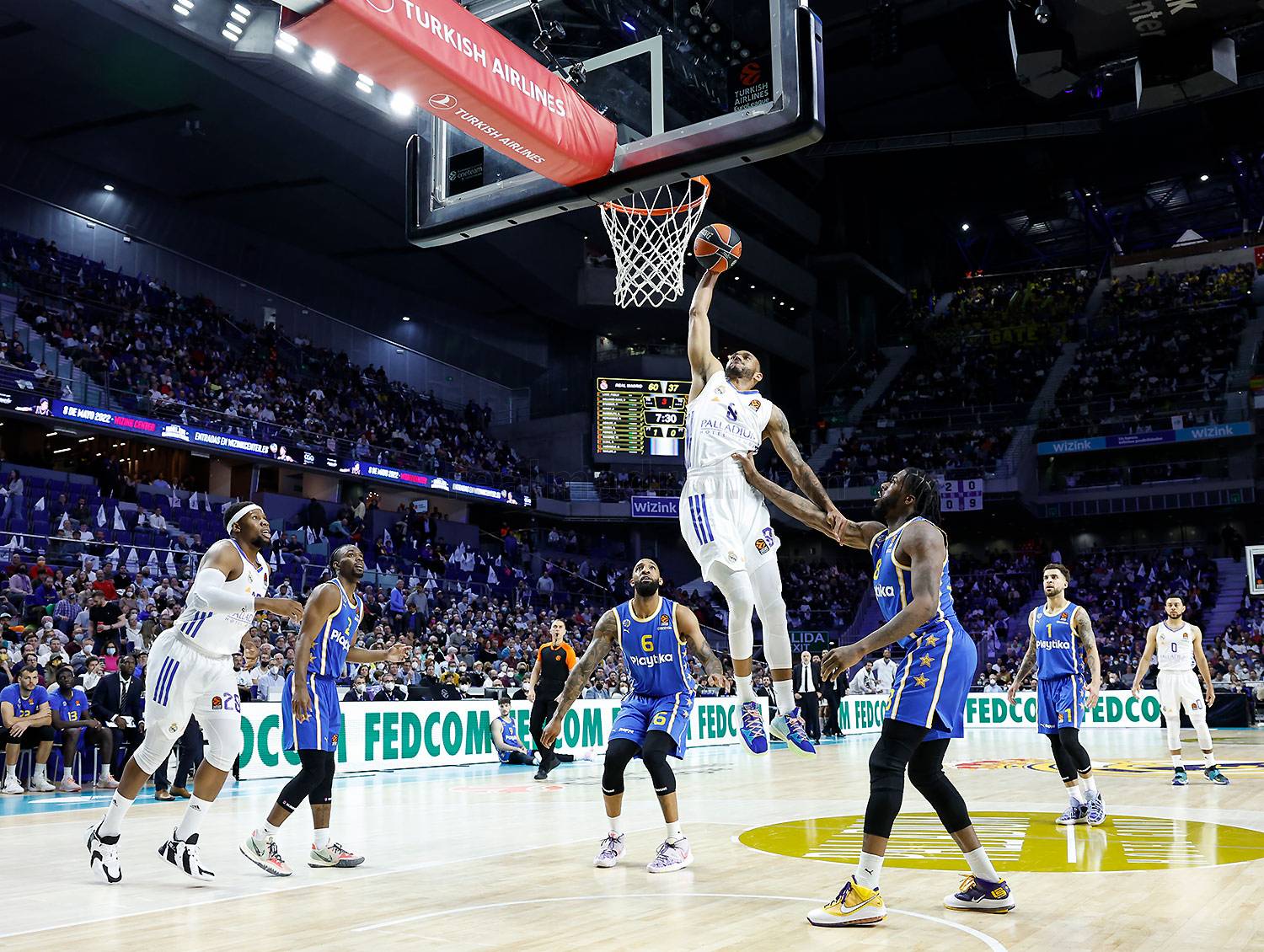 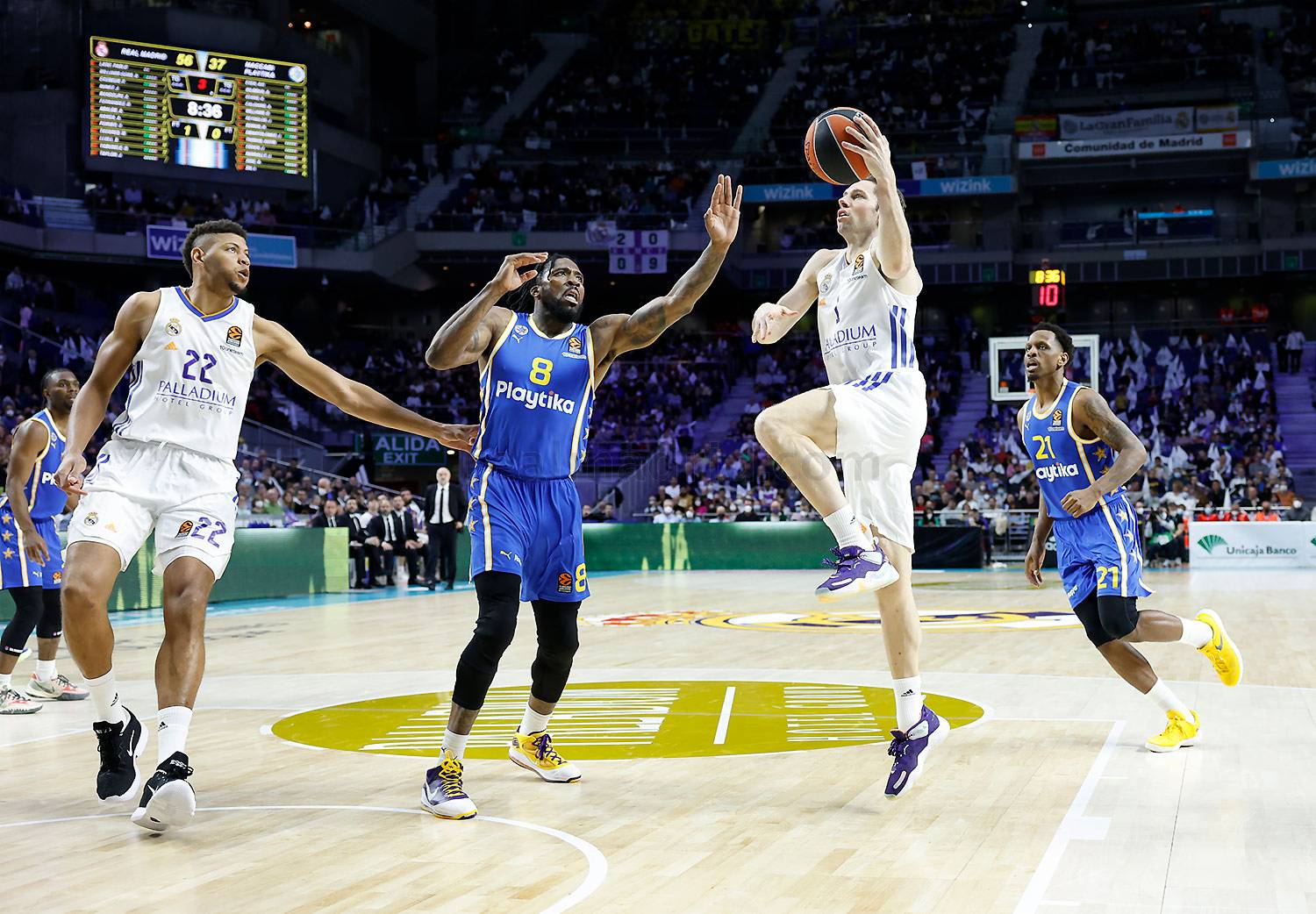