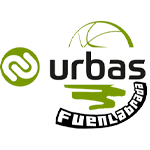 It was a complete performance by our team, easing past Urbas Fuenlabrada with the point guard on a PIR of 30 and 4 others hitting over 18.

Real Madrid clinch their nineteenth win of the league campaign in a superb display at the WiZink Center. Laso's boys were far too good for Urbas Fuenlabrada, placing themselves in a fantastic position with a sublime second quarter and never looking back, while there was more good news for our team, with the return of both Causeur and Taylor from injury. Deck celebrated his 200th madridista appearance with a standout performance (16 points and 10 rebounds) alongside the game's key man, Heurtel, who recorded his best numbers to date (21 points and PIR of 30), Tavares (25), Yabusele (19) and Poirier (18).

It was a question of streaks early on as Real Madrid flew out the blocks with an 11-point run inside two and a half minutes (6 for Deck and 5 for Hanga), before Urbas Fuenlabrada responded immediately after their coach called a time-out, to go 1 point ahead at 13-14. Then, Heurtel exploded, taking his team to another dominant lead with two successive threes (8 points).

Maximum lead at the break
From that point on, Laso's boys delivered a solid defense of their lead, which increased up to the 14-point mark on the stroke of half-time as the French point guard continued in untouchable form, alongside the sensational Deck (13 points and 8 rebounds in 12 minutes) and Poirier in the paint (8+6 rebounds). Fuenlabrada could manage only 13 points in the second quarter as Madrid finished the first half 45-31 up, killing their opposition on the rebound.

Madrid make no mistake
Our team were showing no cracks at all at the back, with only Emegano having any real joy against the madridista defense. Rotations maintained the levels high, as Llull began to dictate the play (4 assists), Yabusele loosened up and Tavares was unplayable in the paint. The Cape Verde-born center was simply sublime in the third quarter with 10 points, 3 rebounds and an all-round dominance which led the hosts to lead by over 20 points with 29 minutes gone, at 67-46. With the win now all but assured and the team sharing the work around evenly once again (5 players finished with a PIR of 18 or higher), Laso gave Causeur and Taylor some much needed minutes ahead of the closing stretch of the season. On Thursday, a trip to Panathinaikos (8:00pm CET). 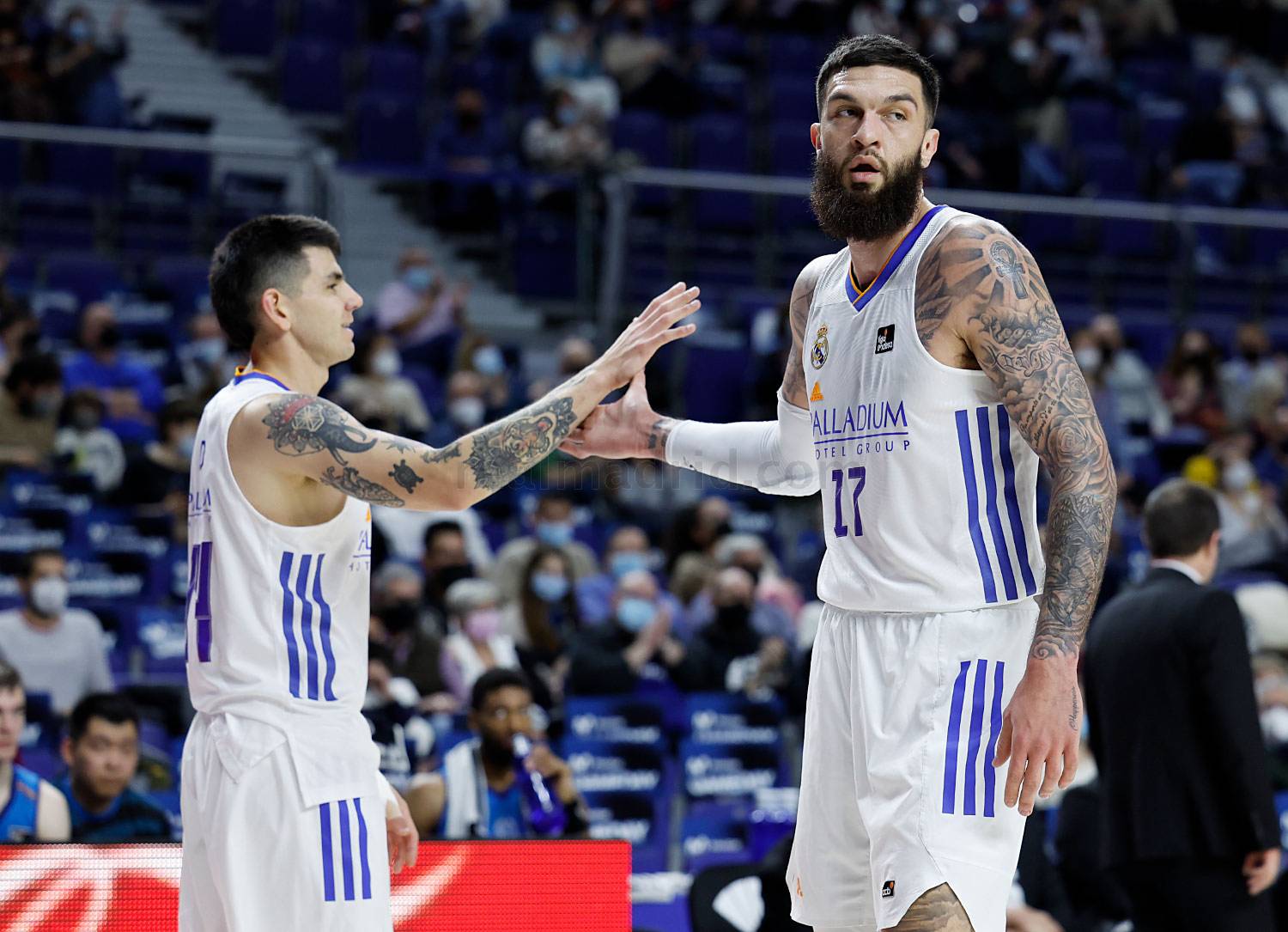 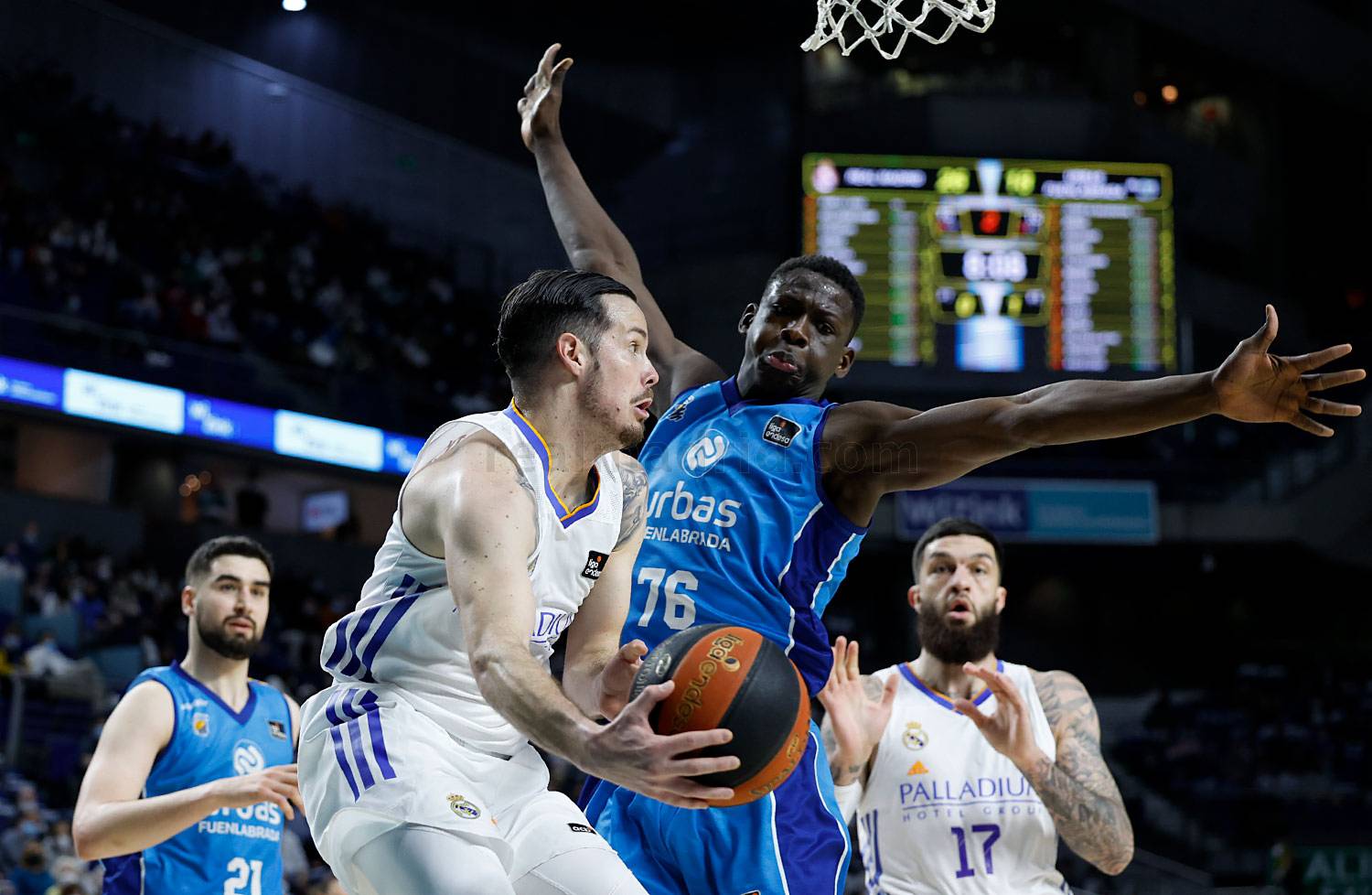 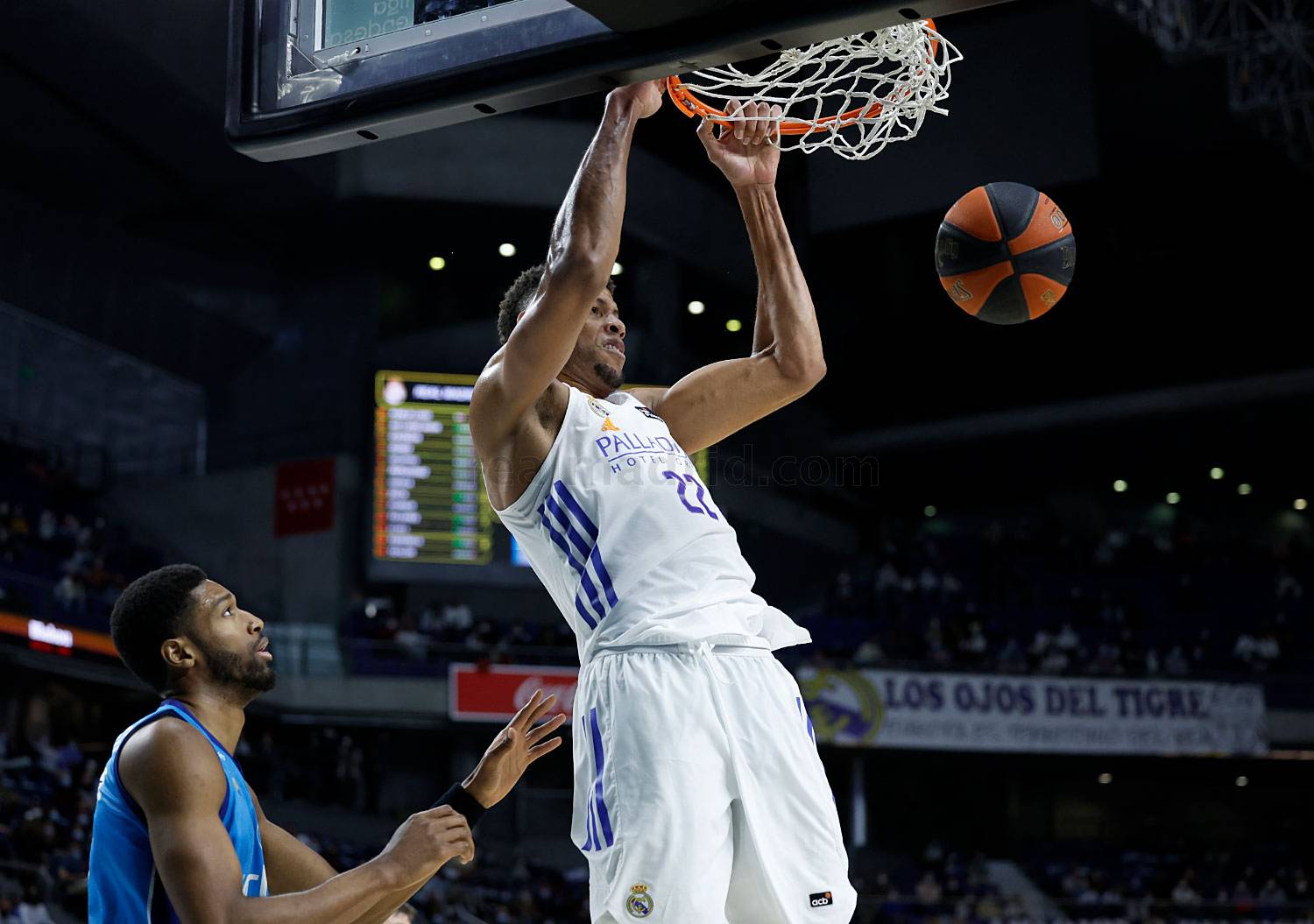 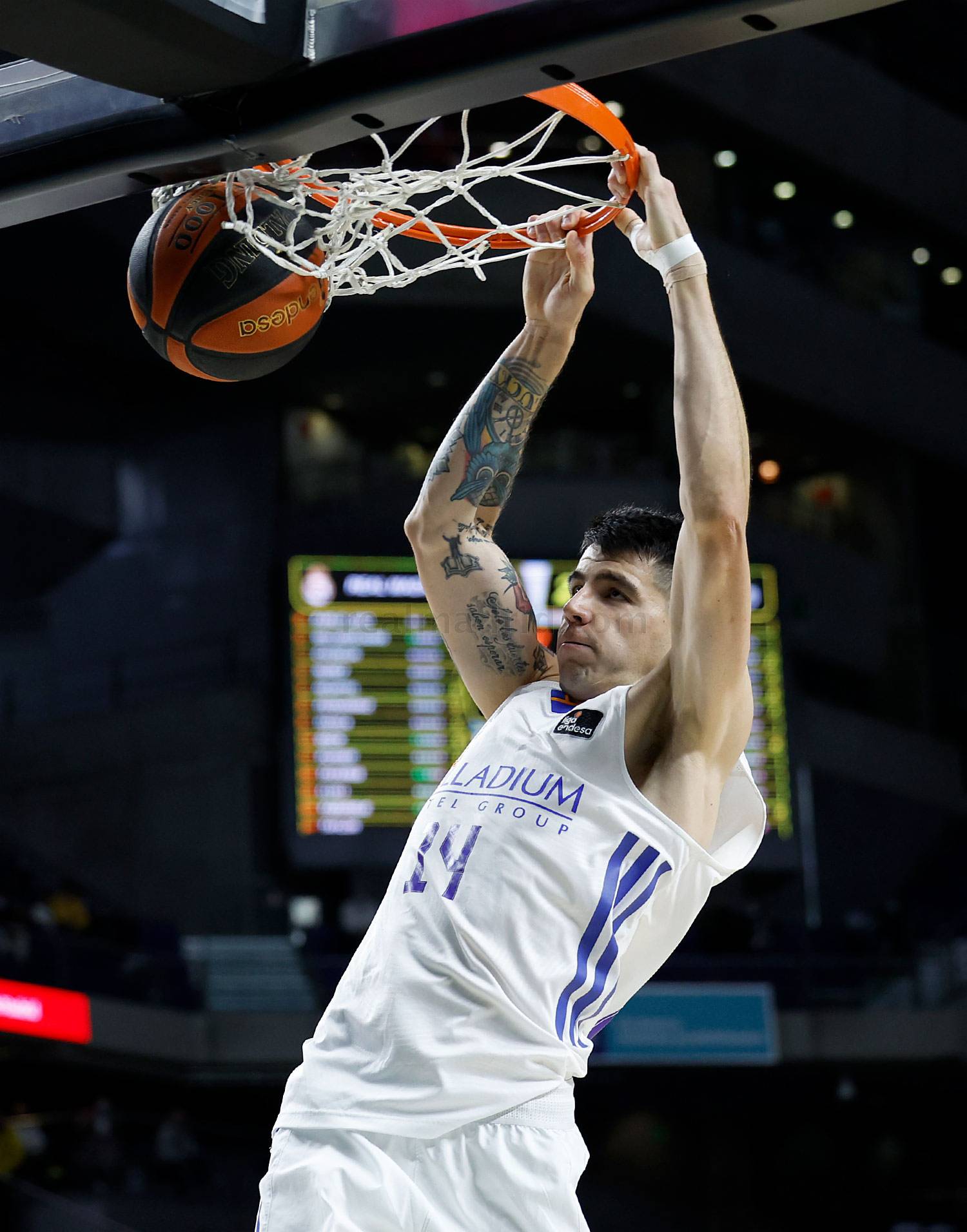 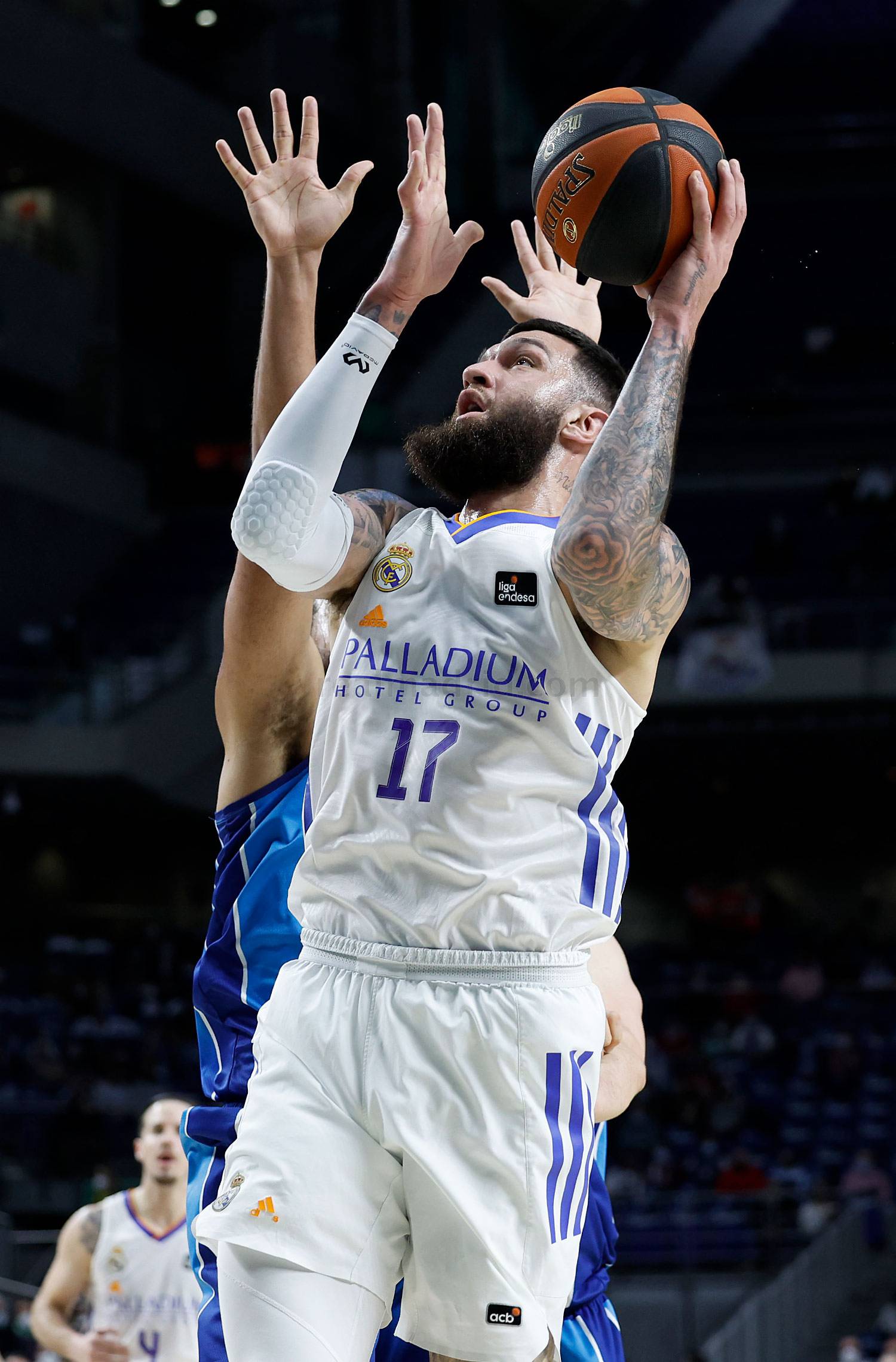 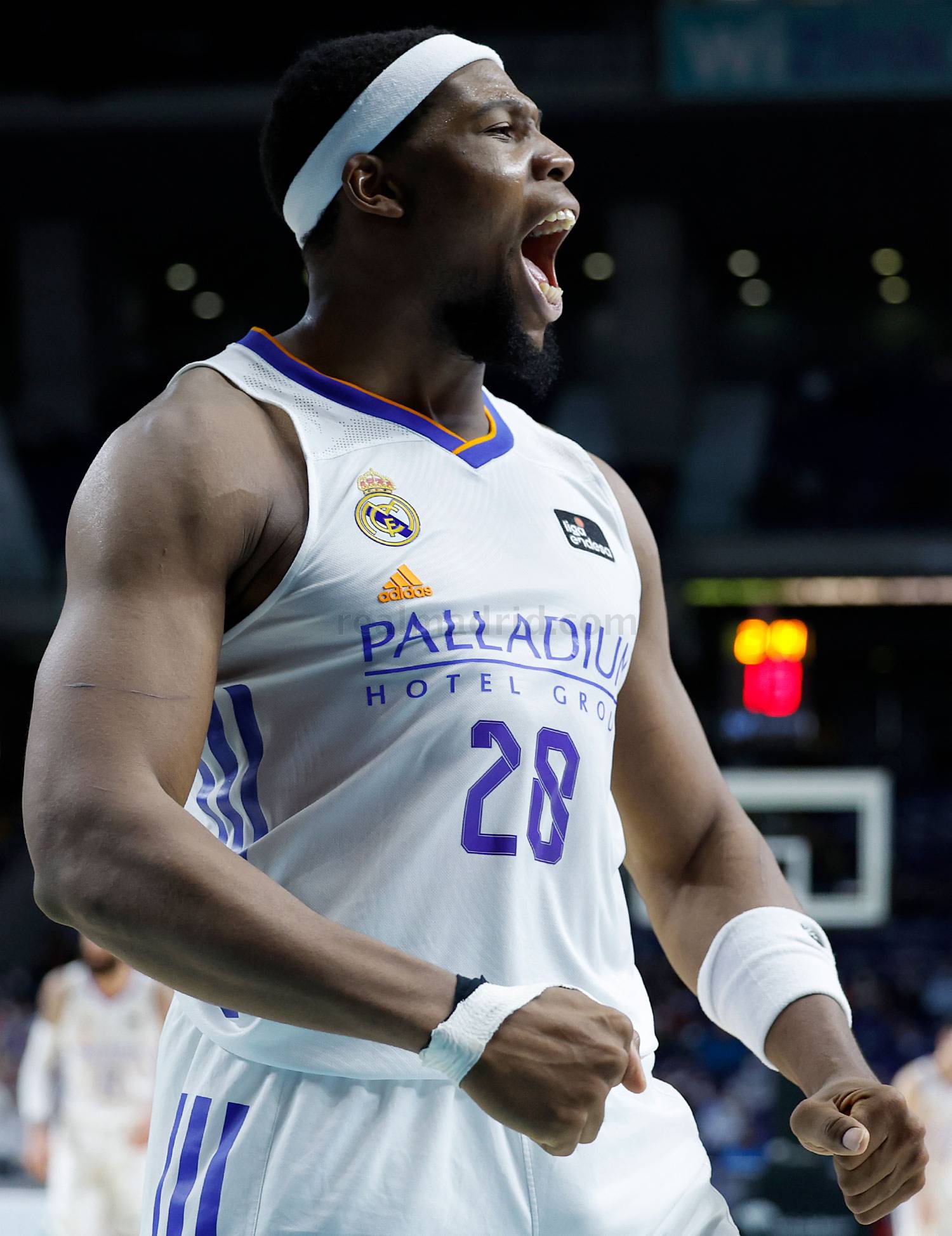 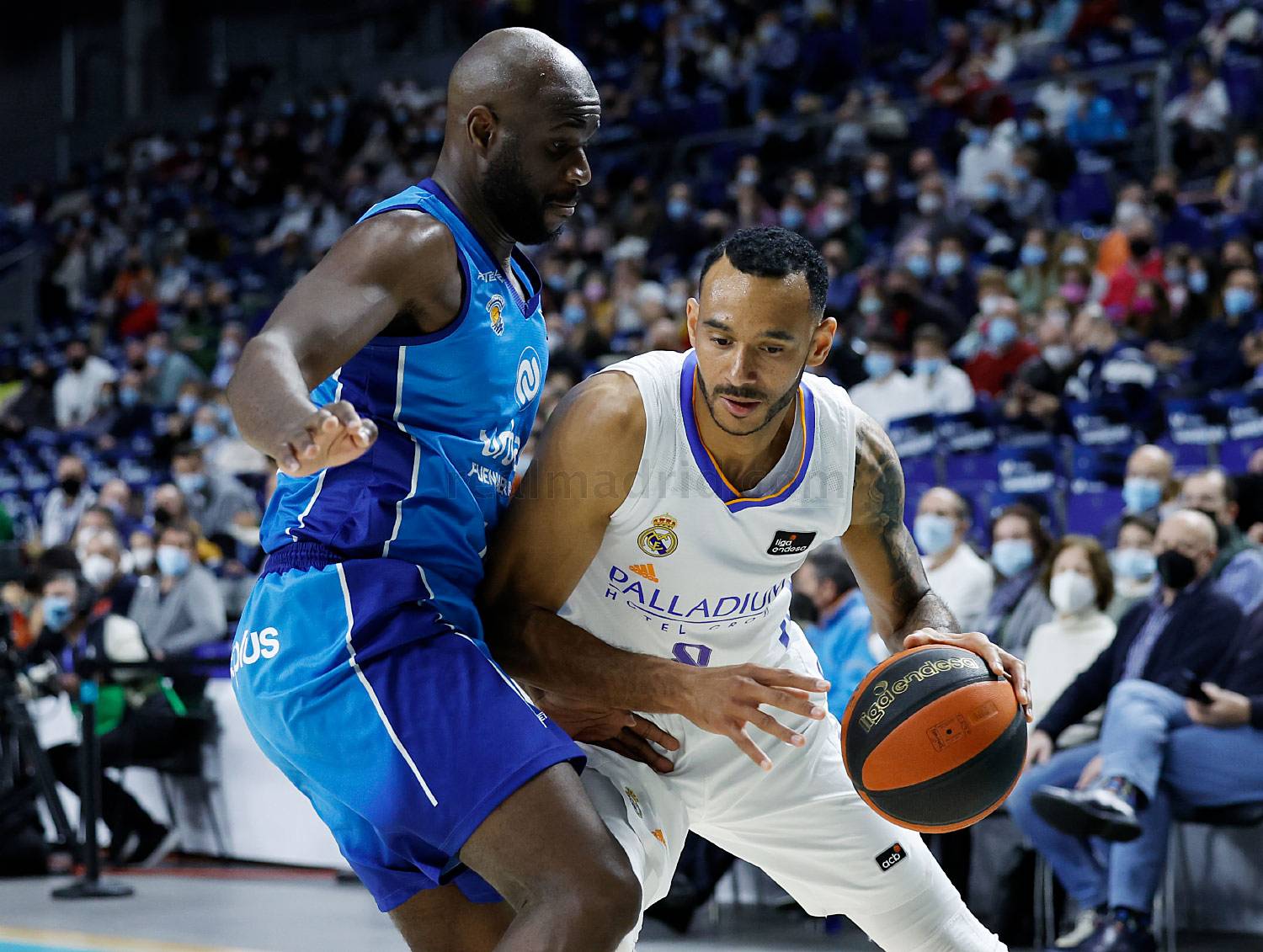 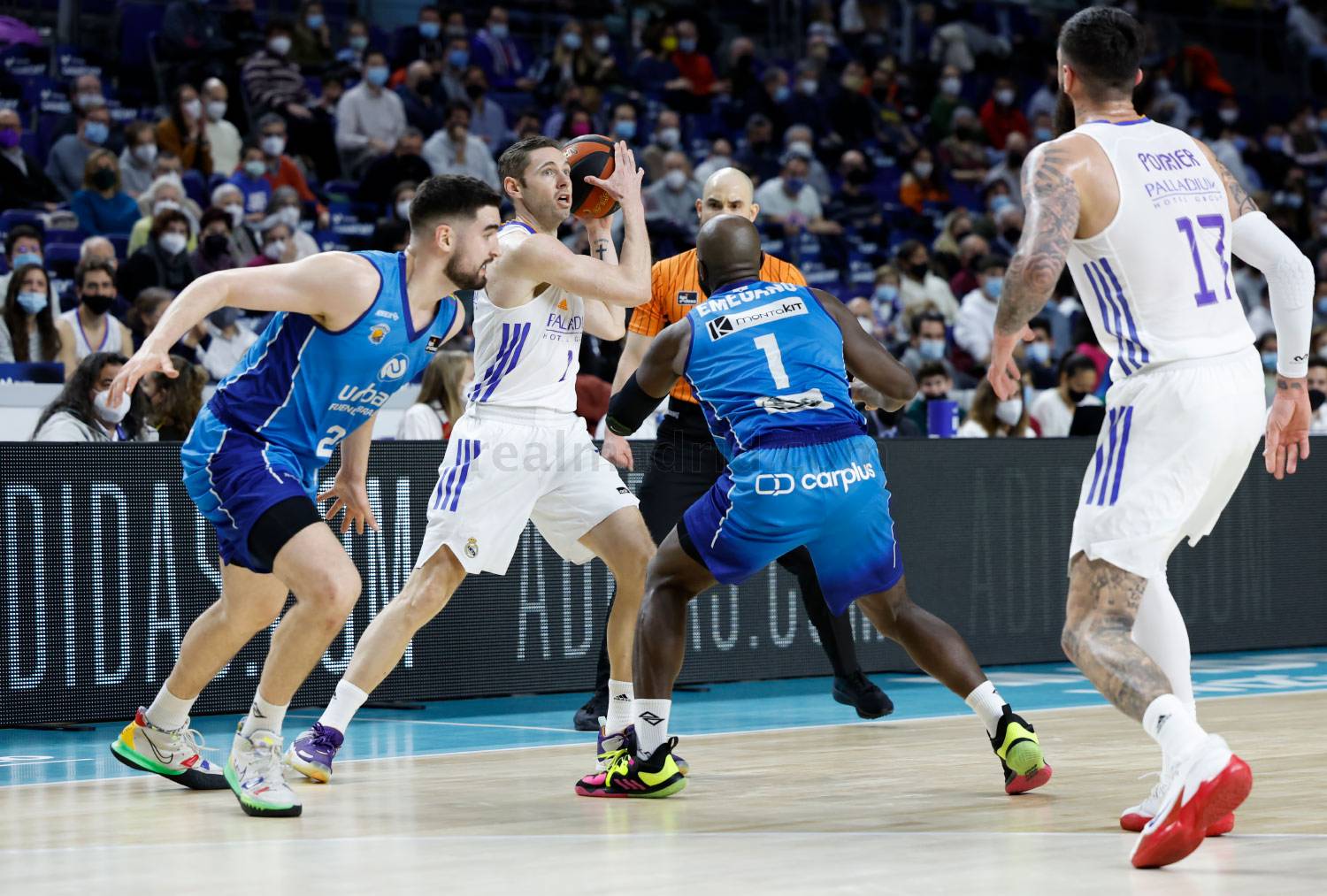 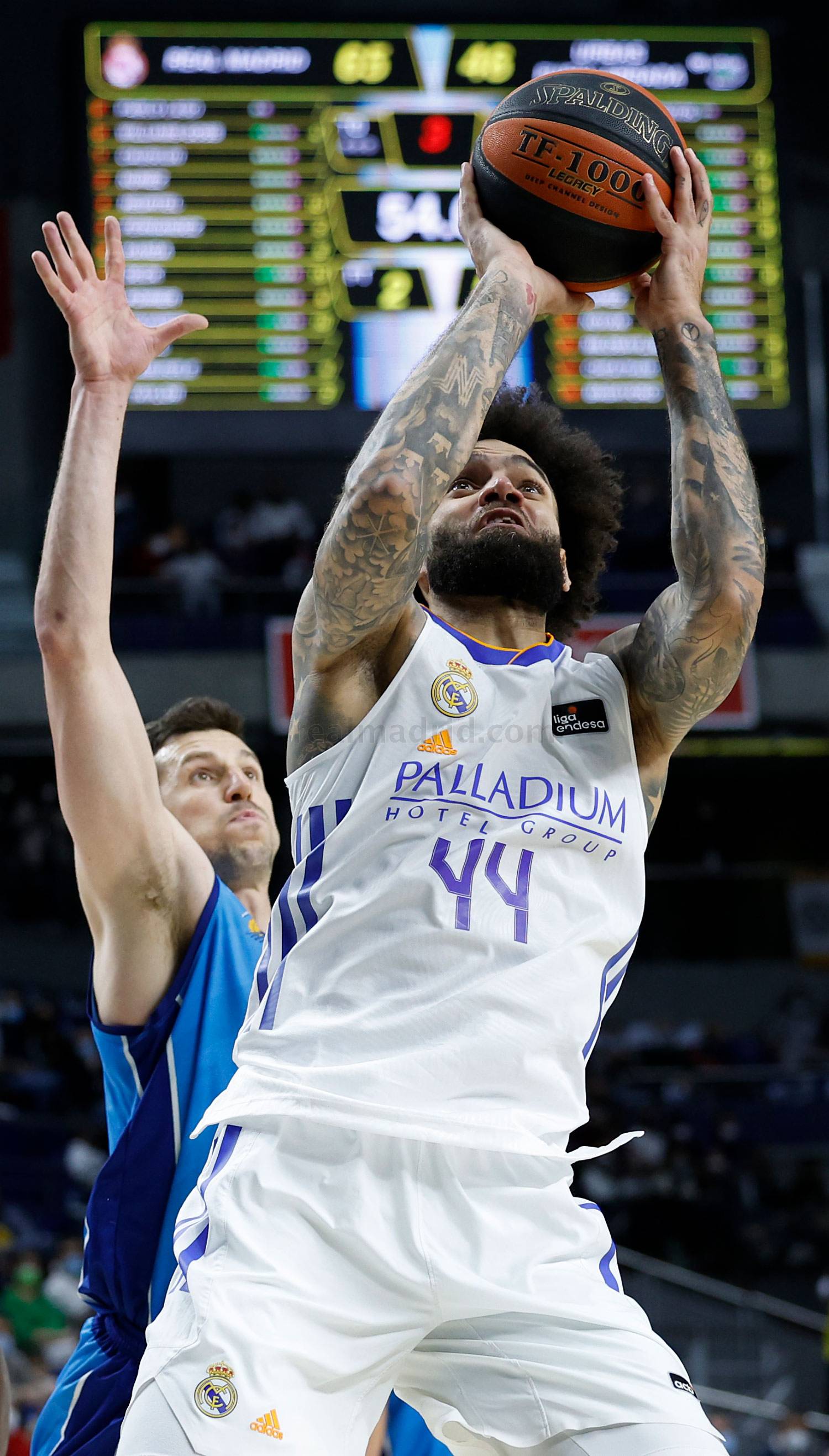 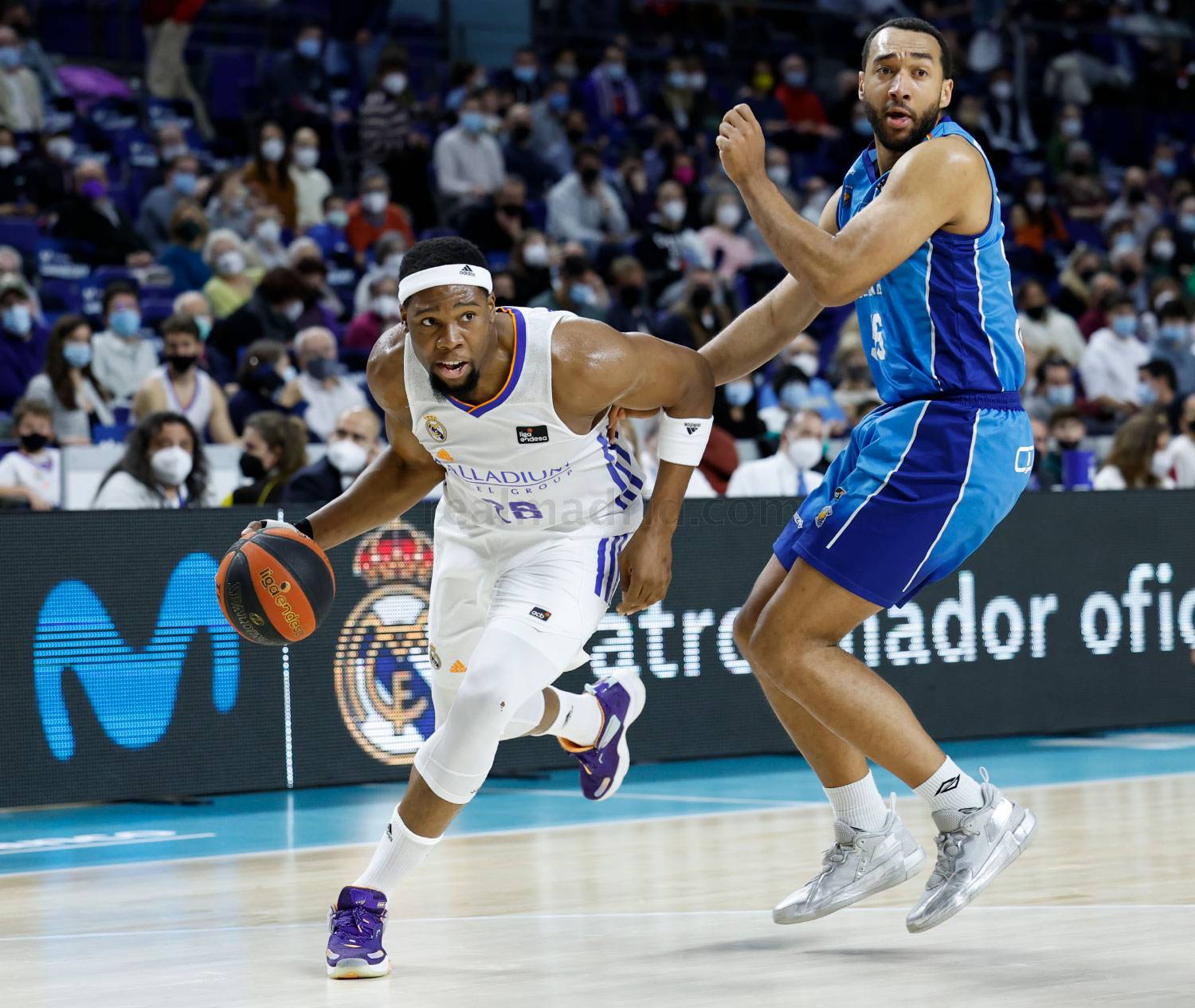 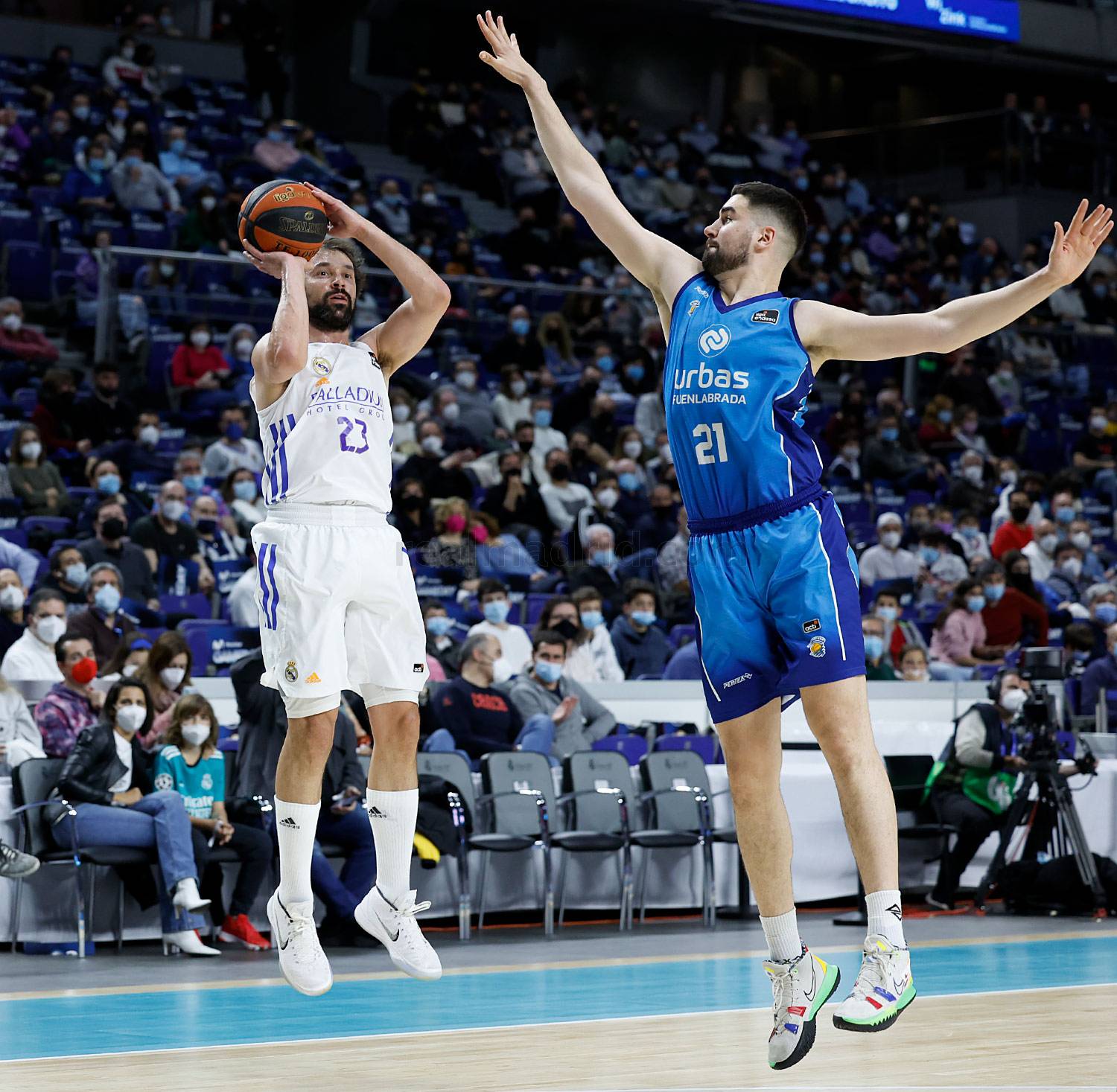 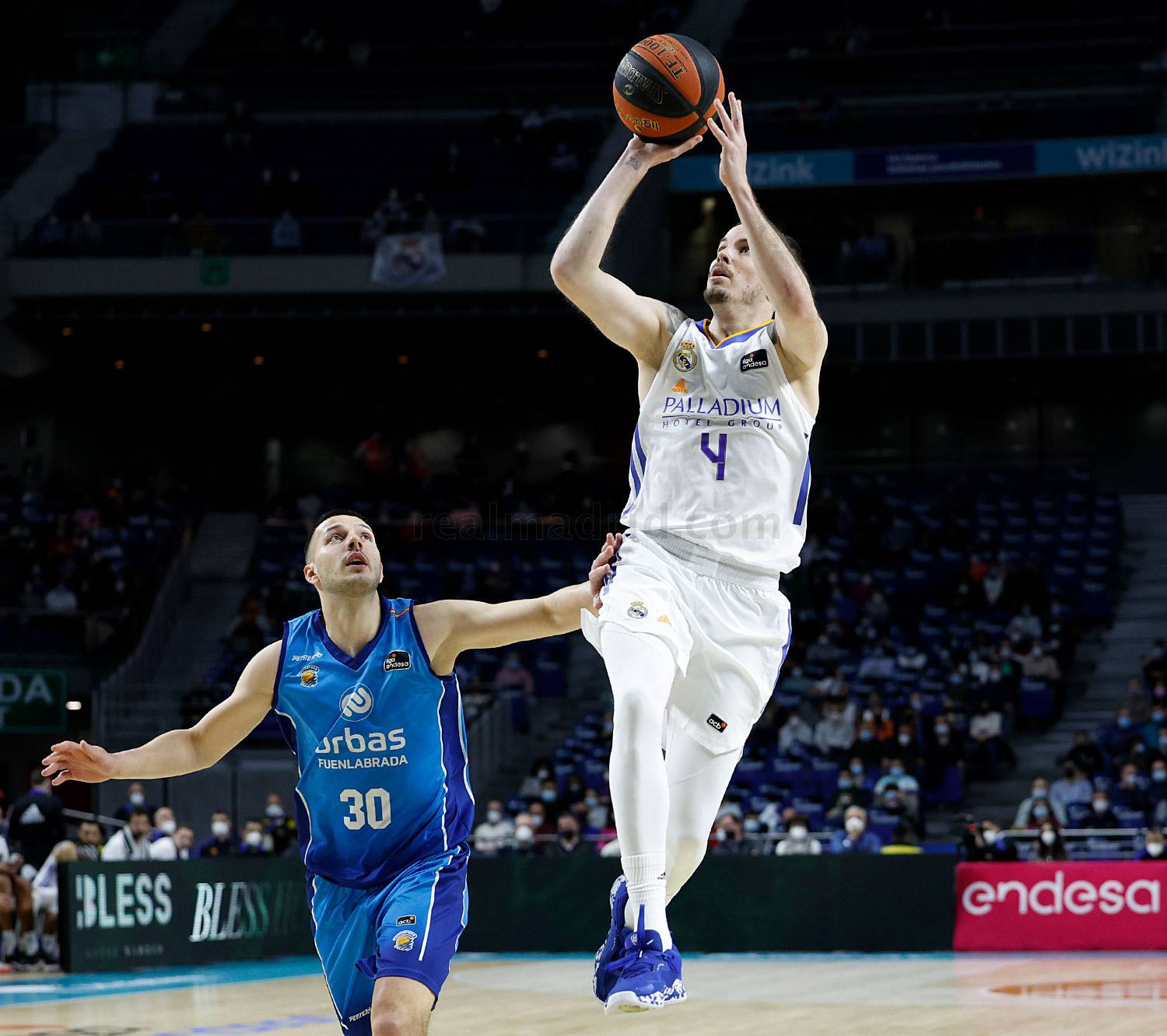 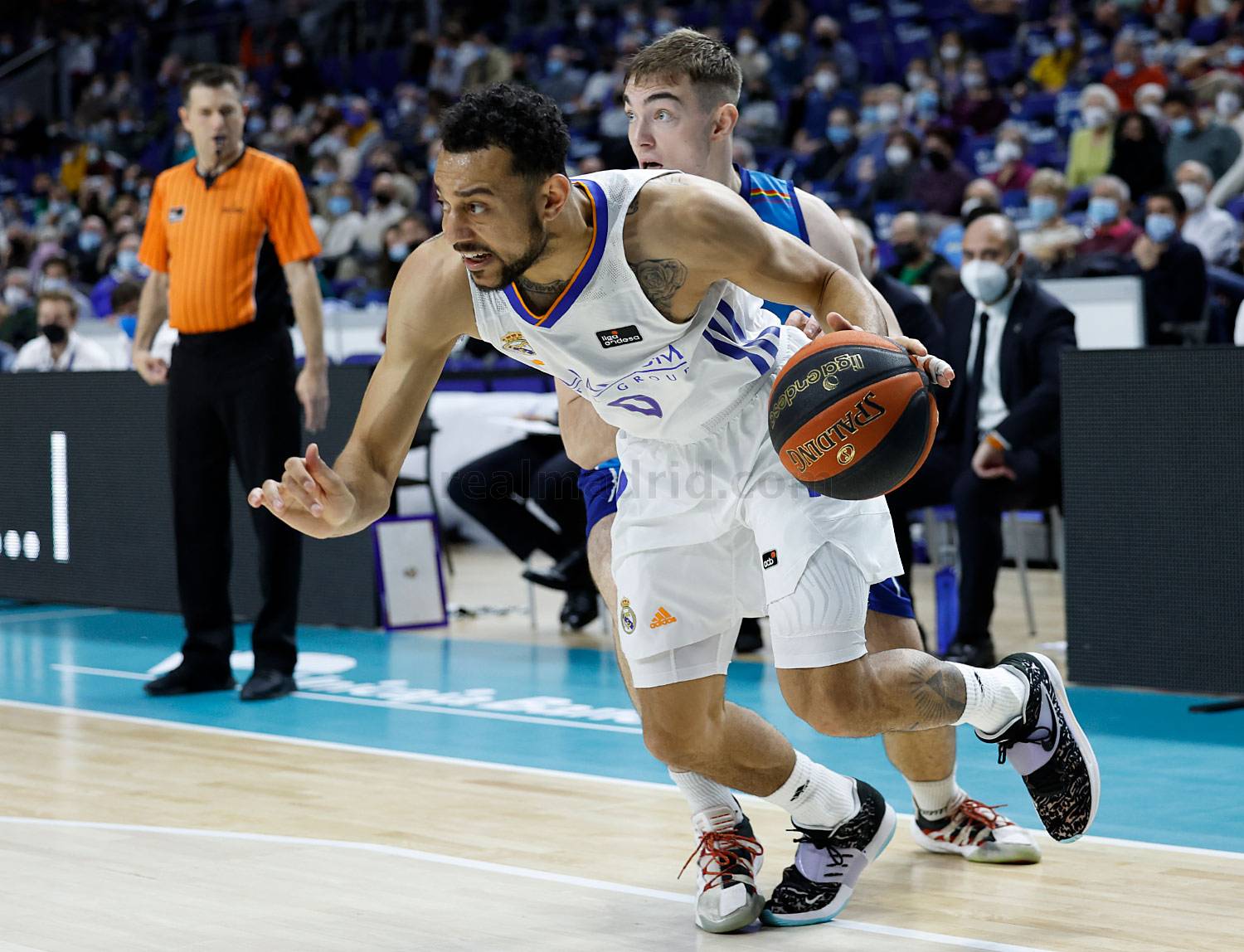 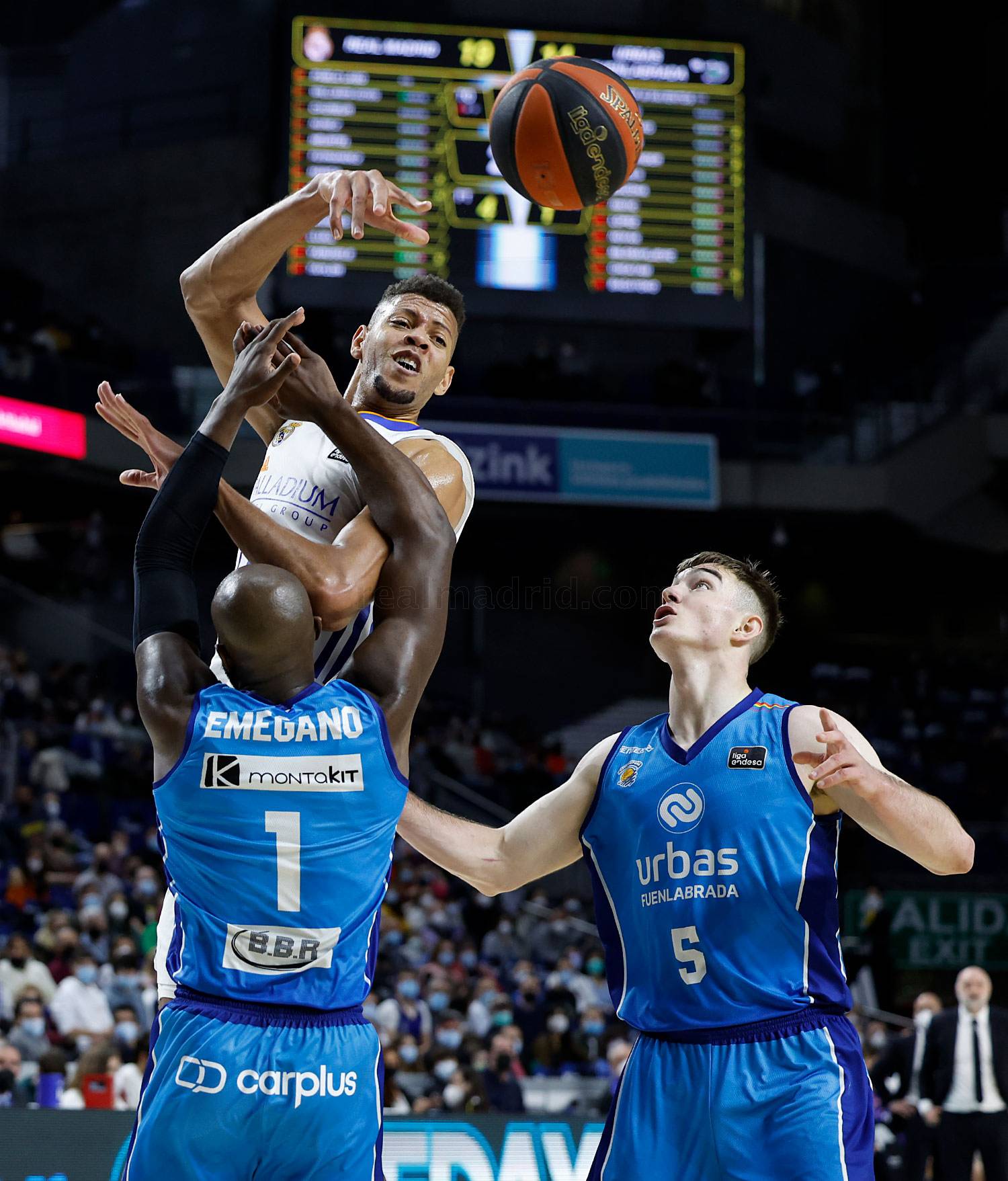 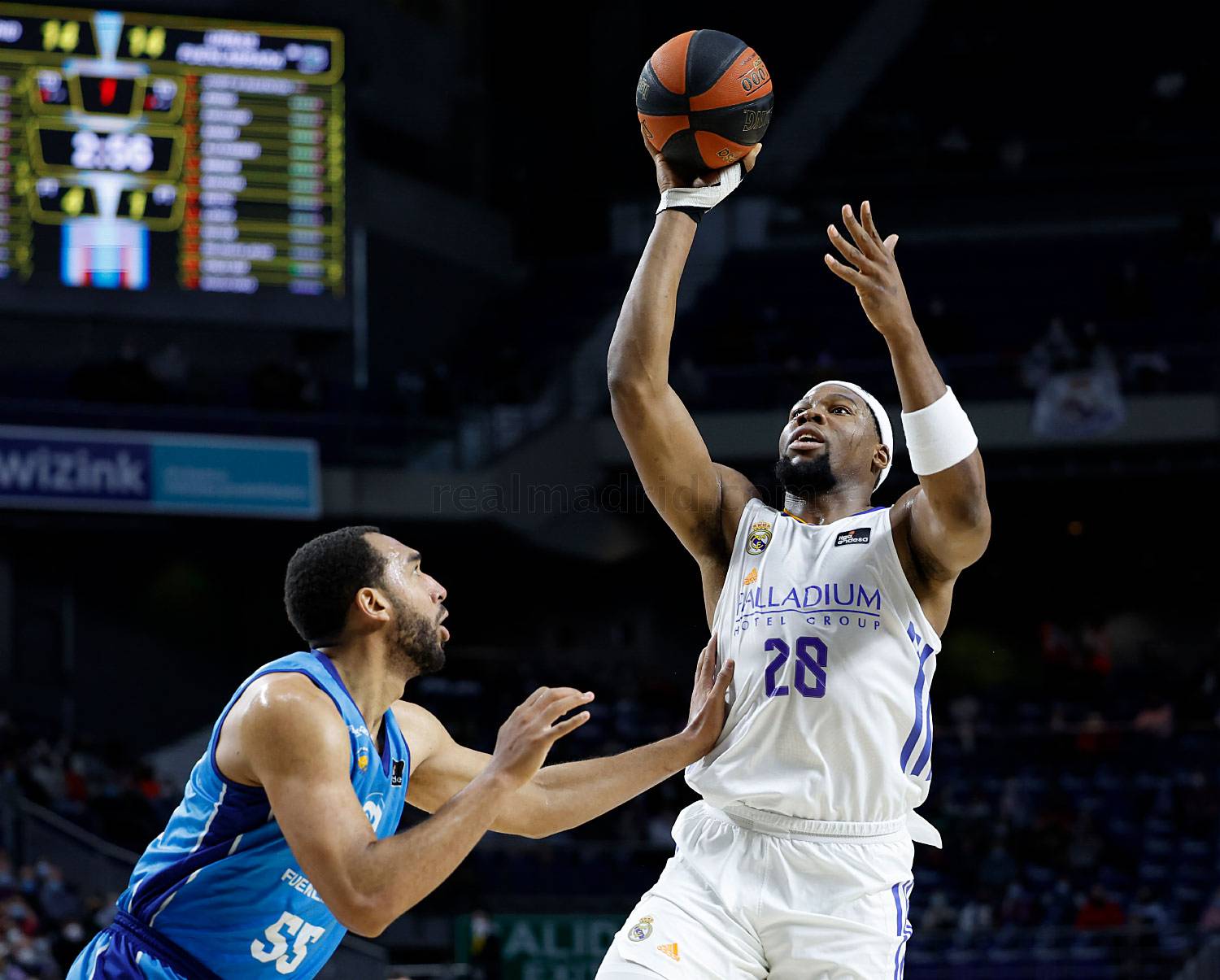