Benzema goal secures the win for the league leaders 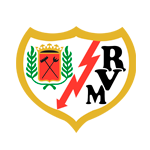 There are no signs of slipping up at Real Madrid, who extended their lead at the top of the league standings, as the Whites emerged victorious from Vallecas against Rayo Vallecano. The three points could prove even more decisive depending on tomorrow´s outcome of the Seville derby. This evening´s clash was a fiercely-fought contest that was settled in the latter stages when Vini Jr. and Karim Benzema superbly linked up for the Frenchman to score the winning goal at the Estadio de Vallecas.

It didn´t take the league leaders long to carve out the game´s first chance. In the first minute Dani Carvajal pulled the ball back to Marco Asensio, but Luca stood strong to block the Majorcan´s effort with his chest. The same pair combined well again moments later after the visitors had won back possession on the halfway line to slice open the host´s defence as Asensio closed in on goal but was again denied by the keeper. The third chance saw Vini Jr. jink inside and curl a fierce effort inches wide. Rayo soon responded with an effort from Bebé which flew into the side-netting, all of this with only ten minutes on the clock.

The hosts looked to play more directly and soon created two headed chances for Sergi Guardiola - one missed the target and the other brought out a save from the alert Courtois. In the 23rd minute, Asensio controlled the ball and unleashed a powerful strike which was well-tipped away by Luca Zidane. Rayo pressed higher up the pitch, but Madrid managed to create two more chances before the break. Casemiro had the ball in the back of the net following a corner but the VAR intervened to rule it out for offside. Benzema´s header later on forced Luca into another fine save.

Video.Benzema goal secures the win for the league leaders

The second half was played at the same intensity, although Ancelotti's men looked to calm things down as they dominated possession and a Vini Jr. shot from close range from the edge of the six-yard box. The side from Vallecas went close but Courtois kept out Mario Suarez’s header with a one-handed save after three corners in quick succession.

The league's top partnership to the rescue
The team then kicked the game up a gear as they pinned Rayo back in their area. Benzema was being played in by Vini Jr on the left, Carvajal on the right, and Modrić and Asensio through the middle, but the opposition packed players into the box. Rayo had a double chance with ten minutes to go, but the towering figure of Courtois was on hand to keep them at bay. The league's top partnership then stepped up, weaving their way into the box with pinpoint precision. Benzema picked out Vini Jr., the Brazilian played the ball back to him with the keeper already beaten and Benzema slotted home to seal the win. 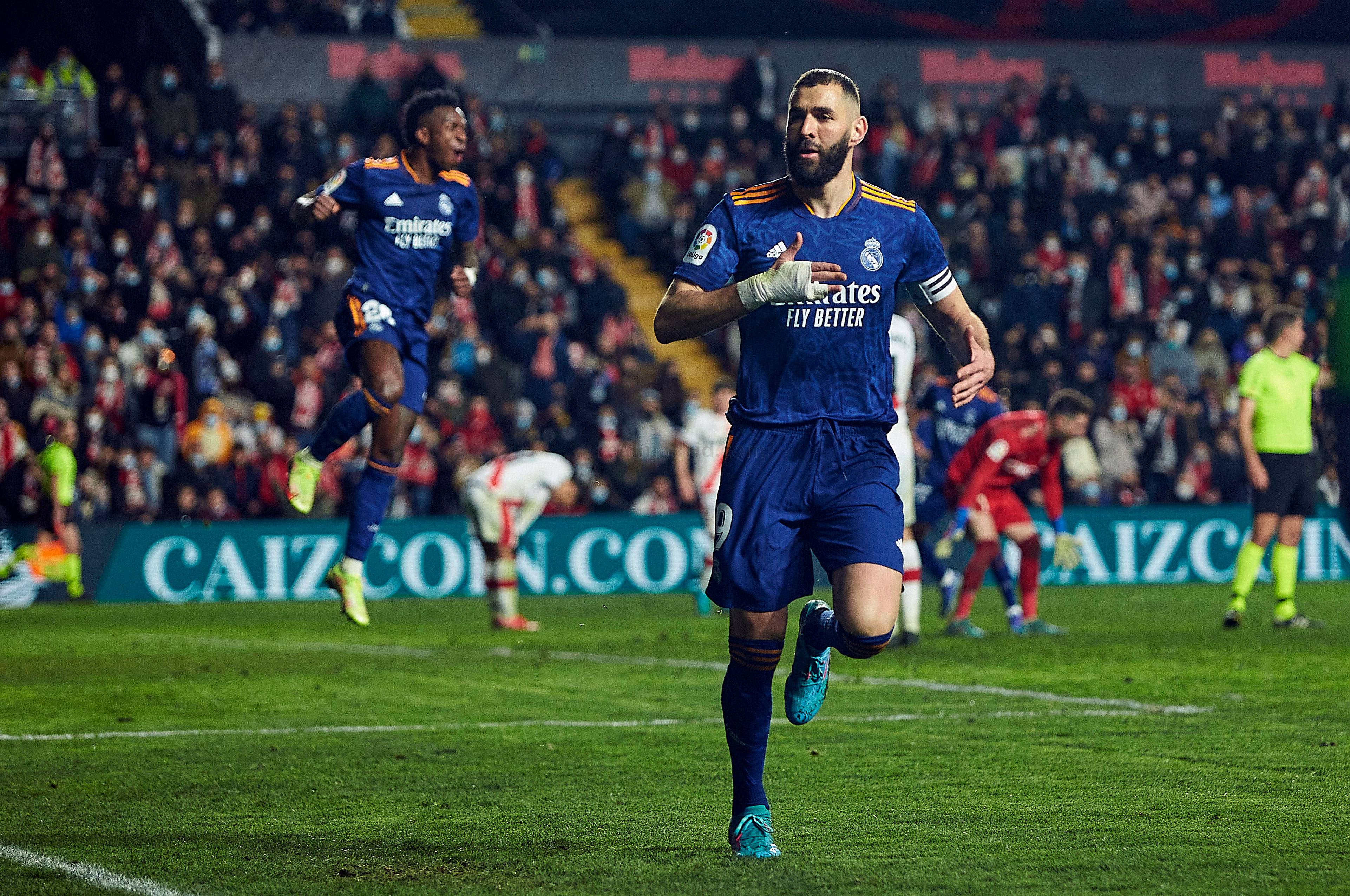 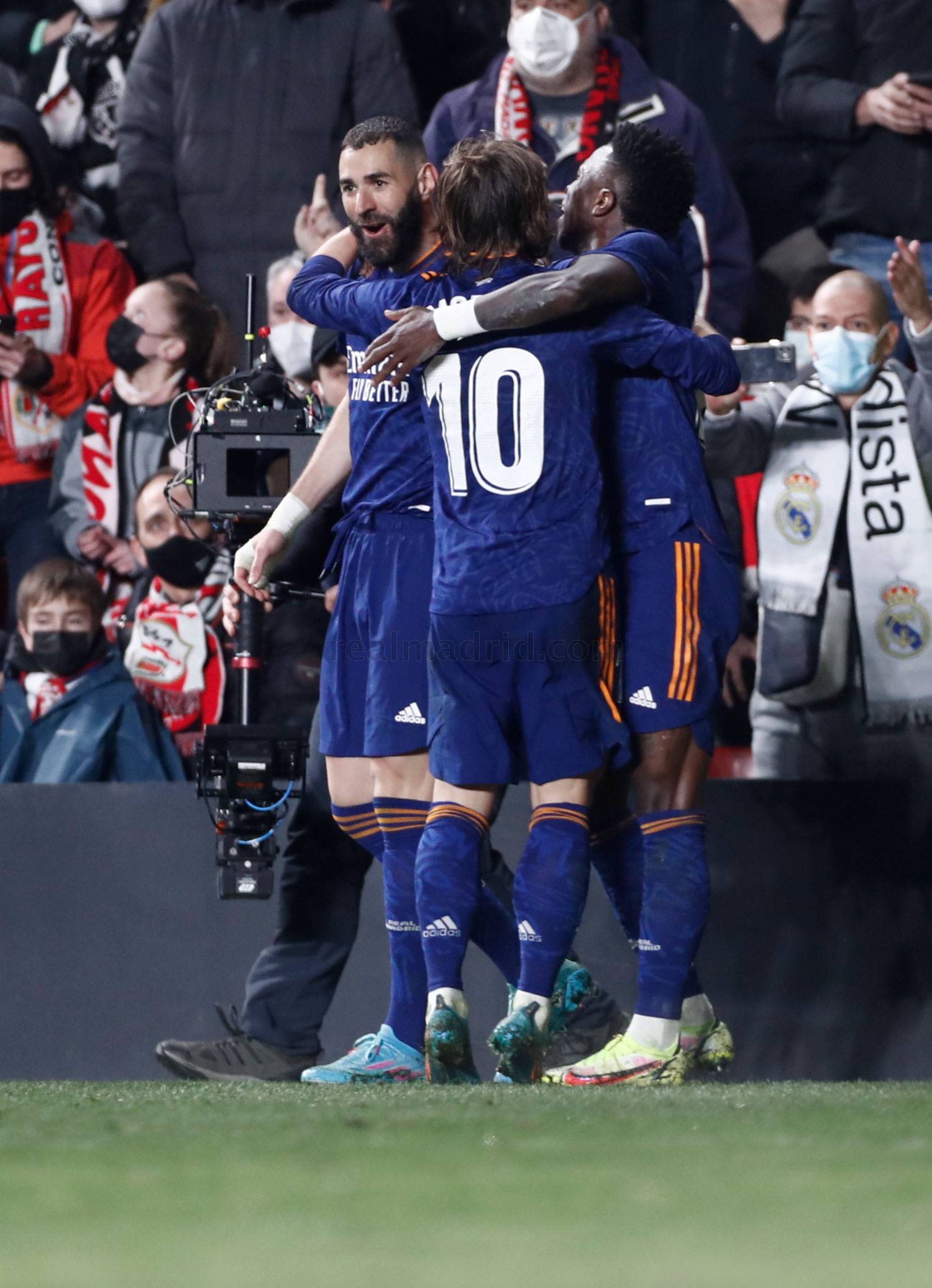 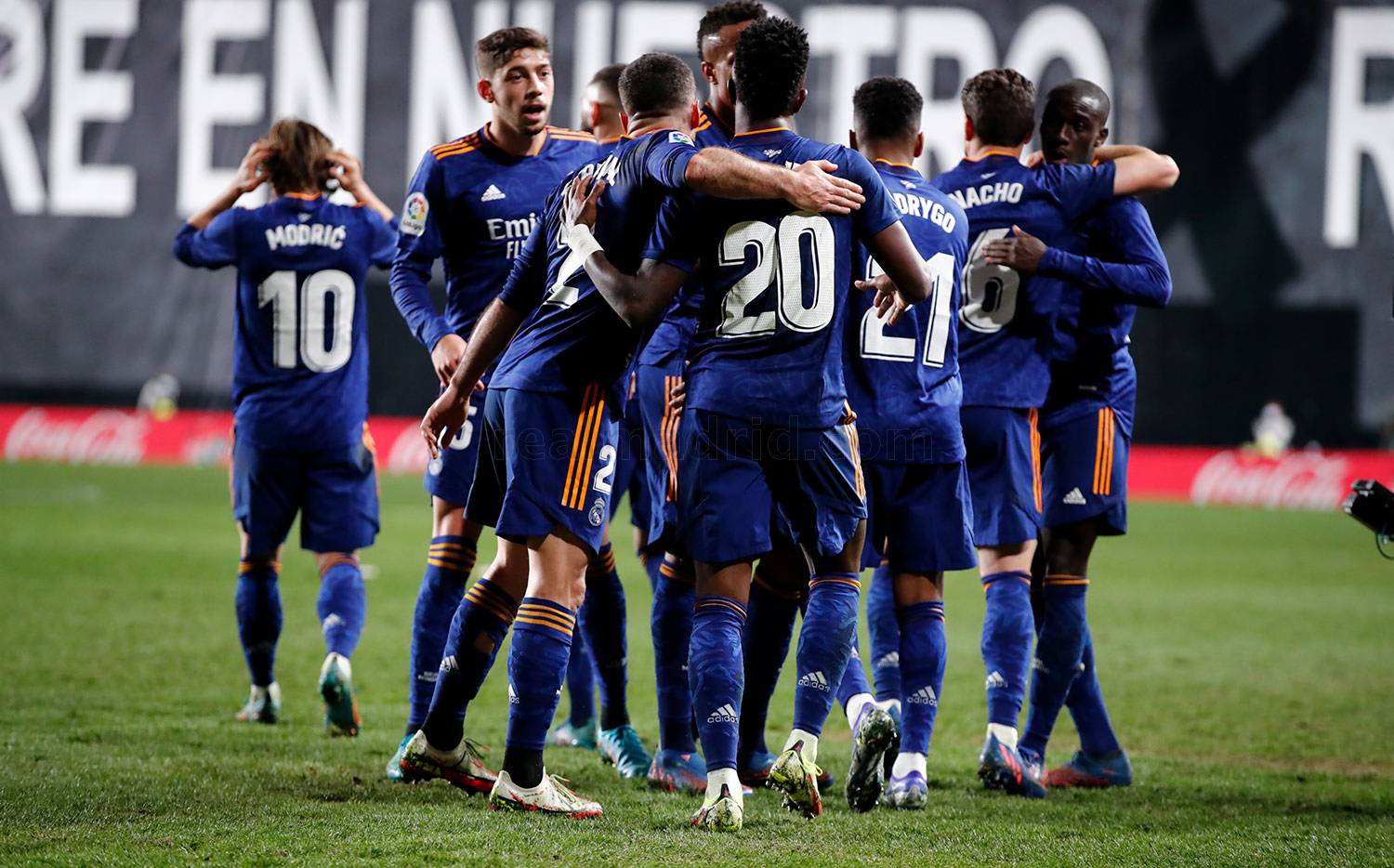 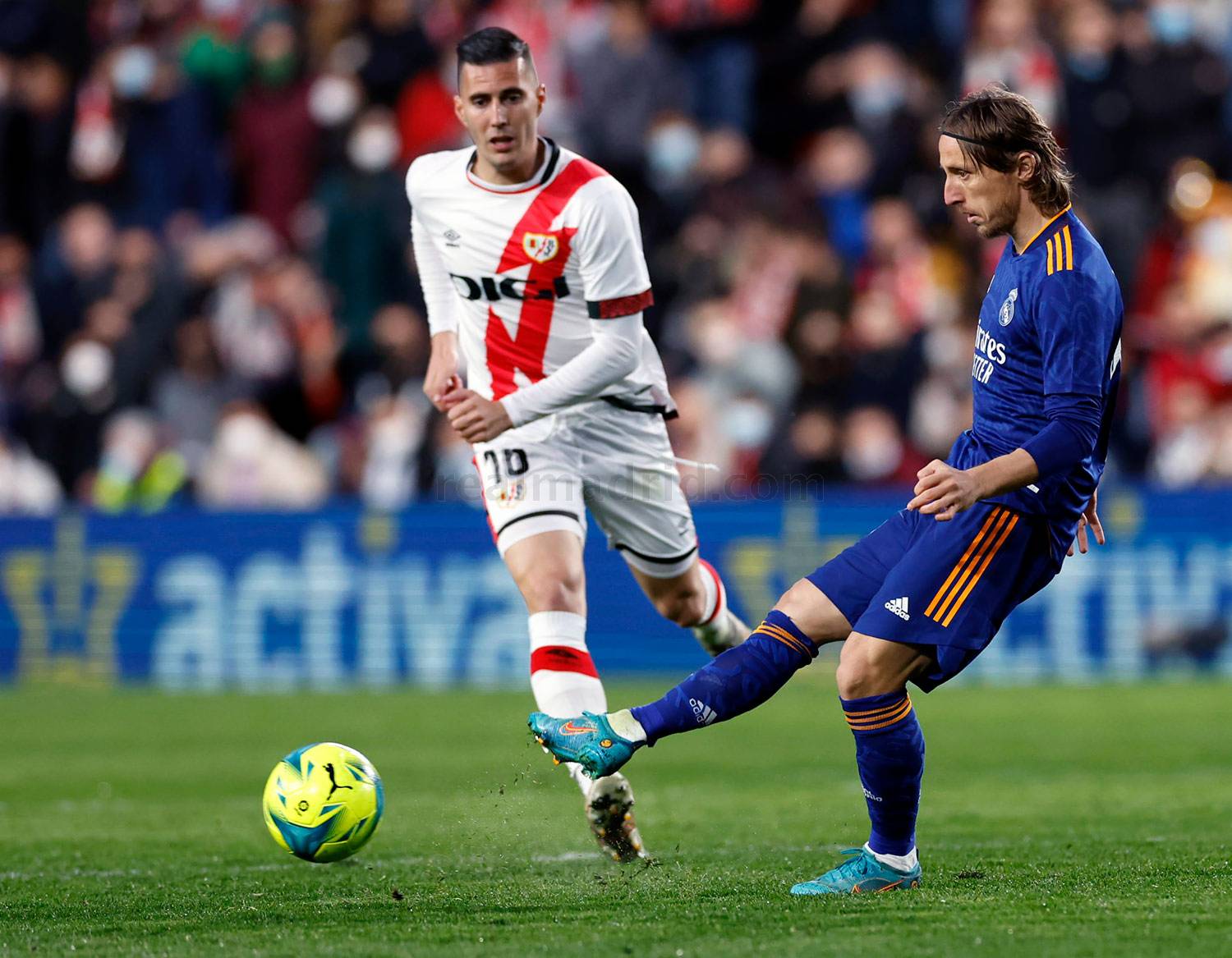 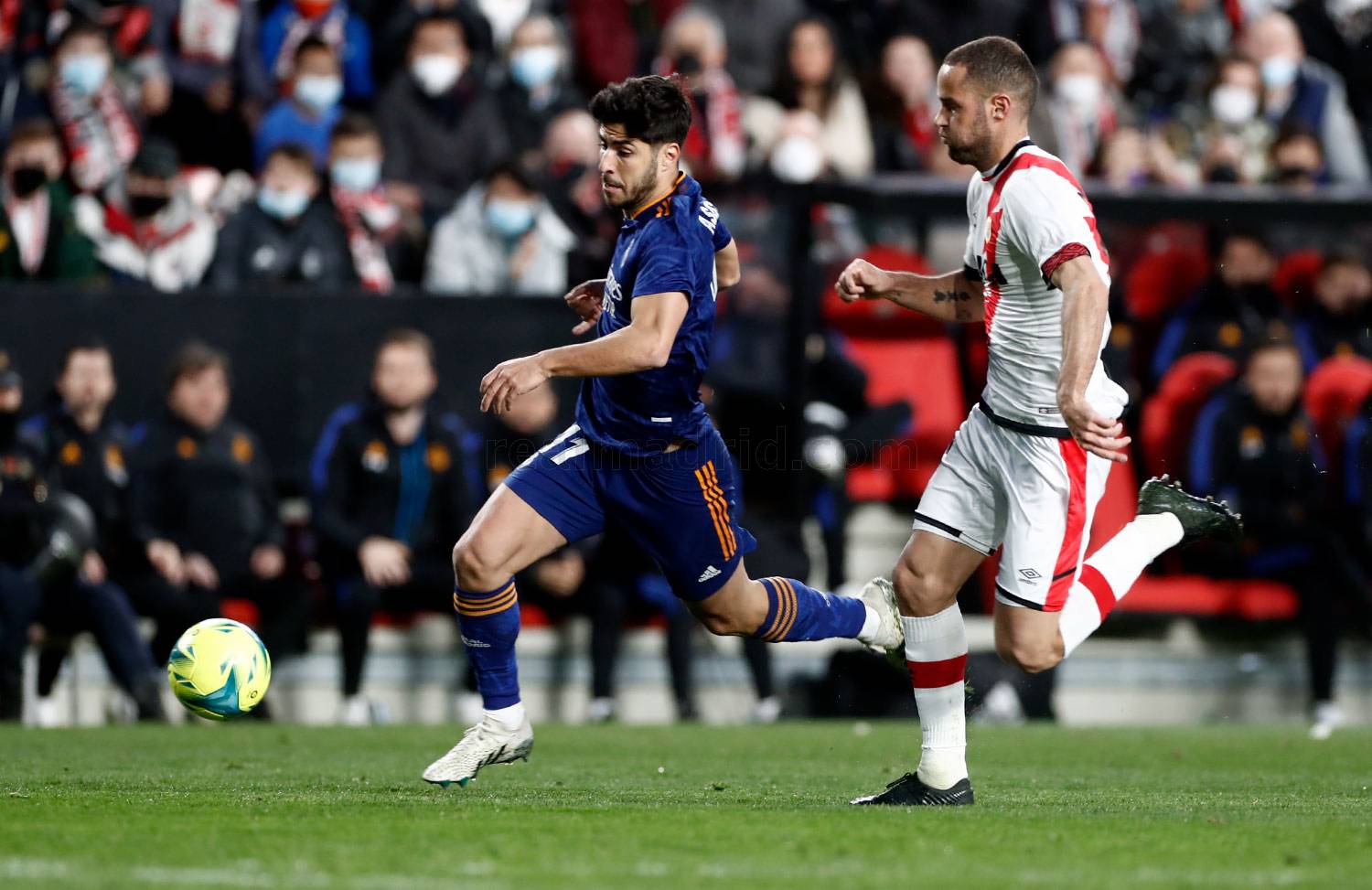 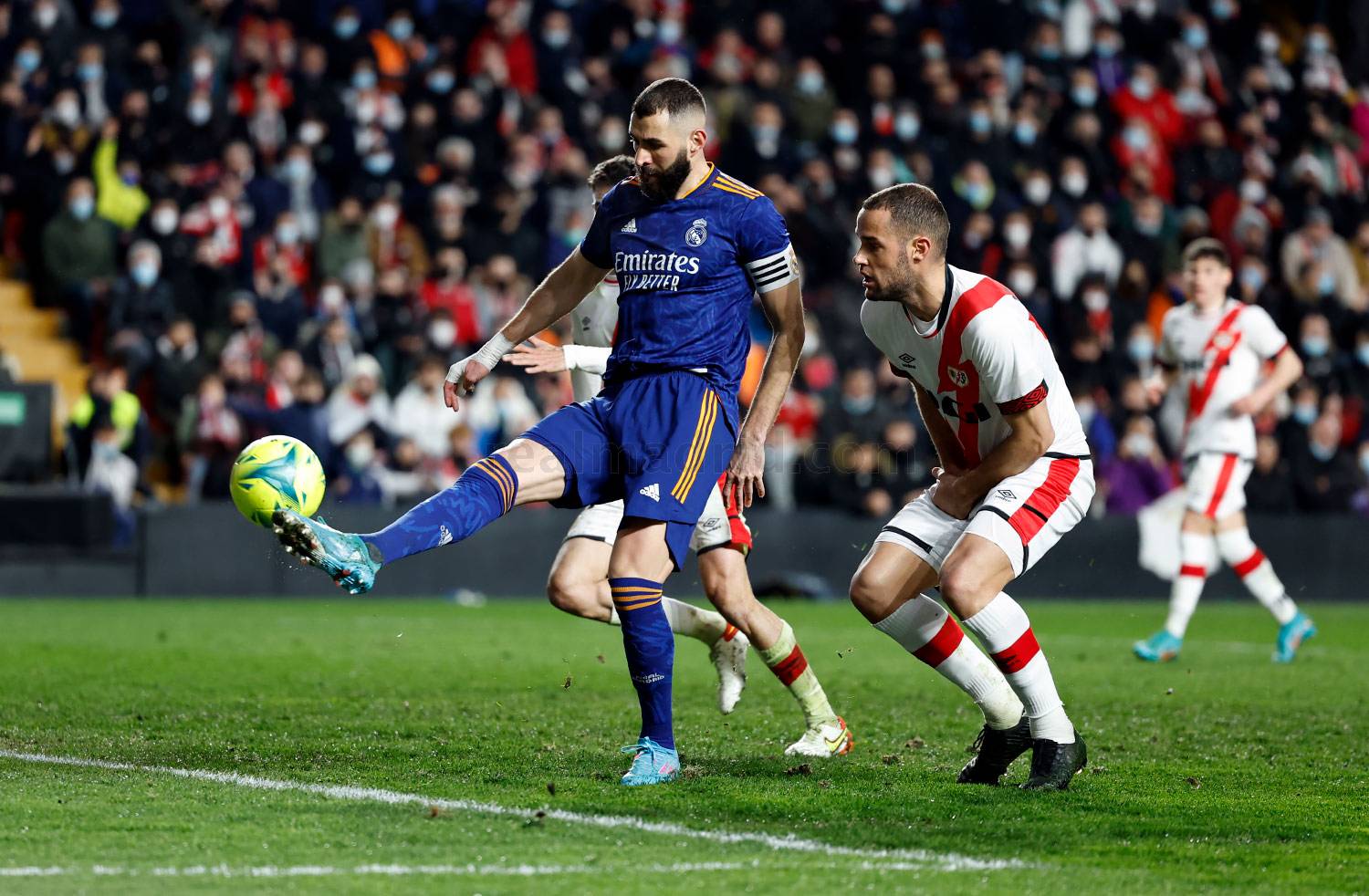 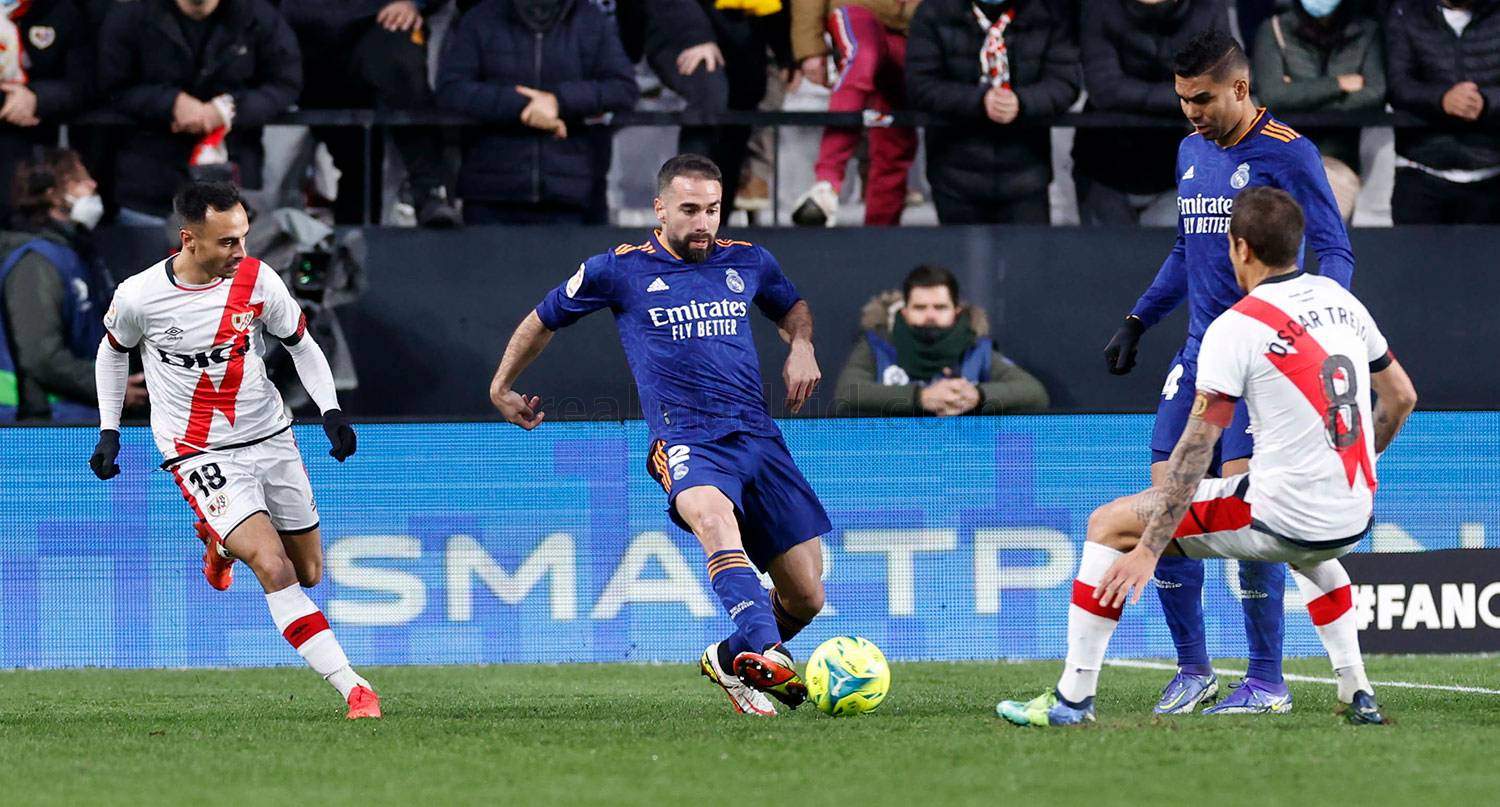 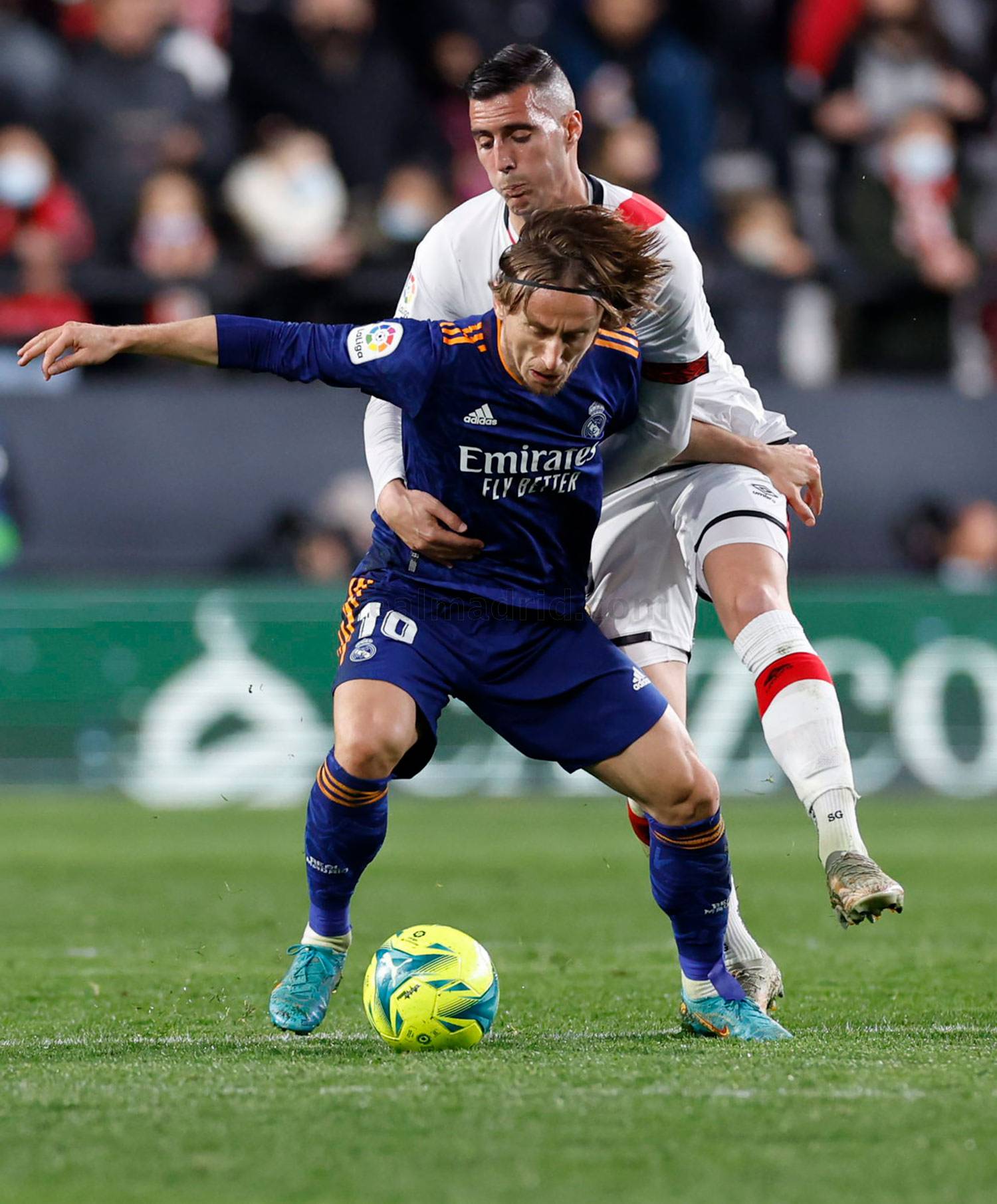 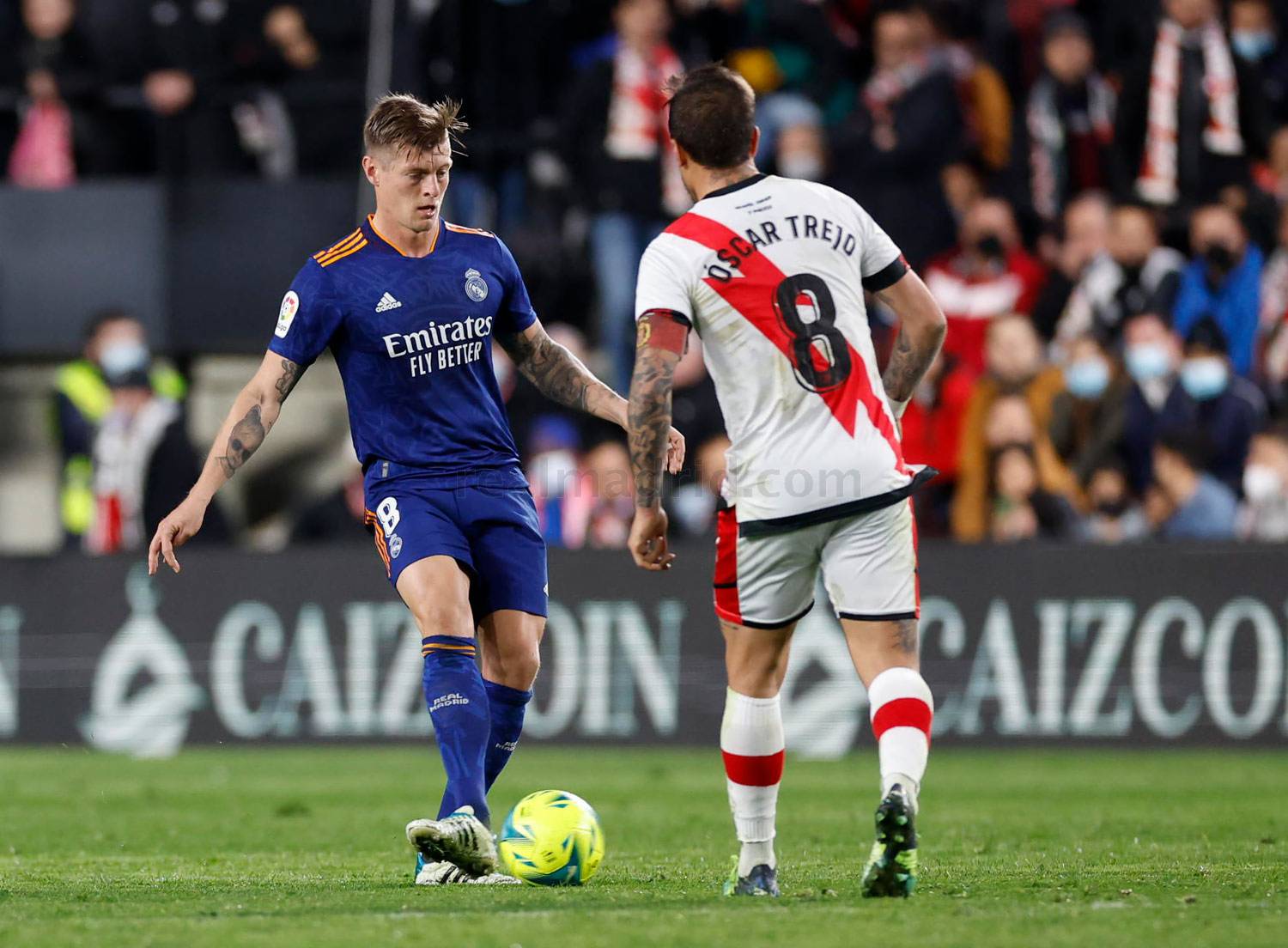 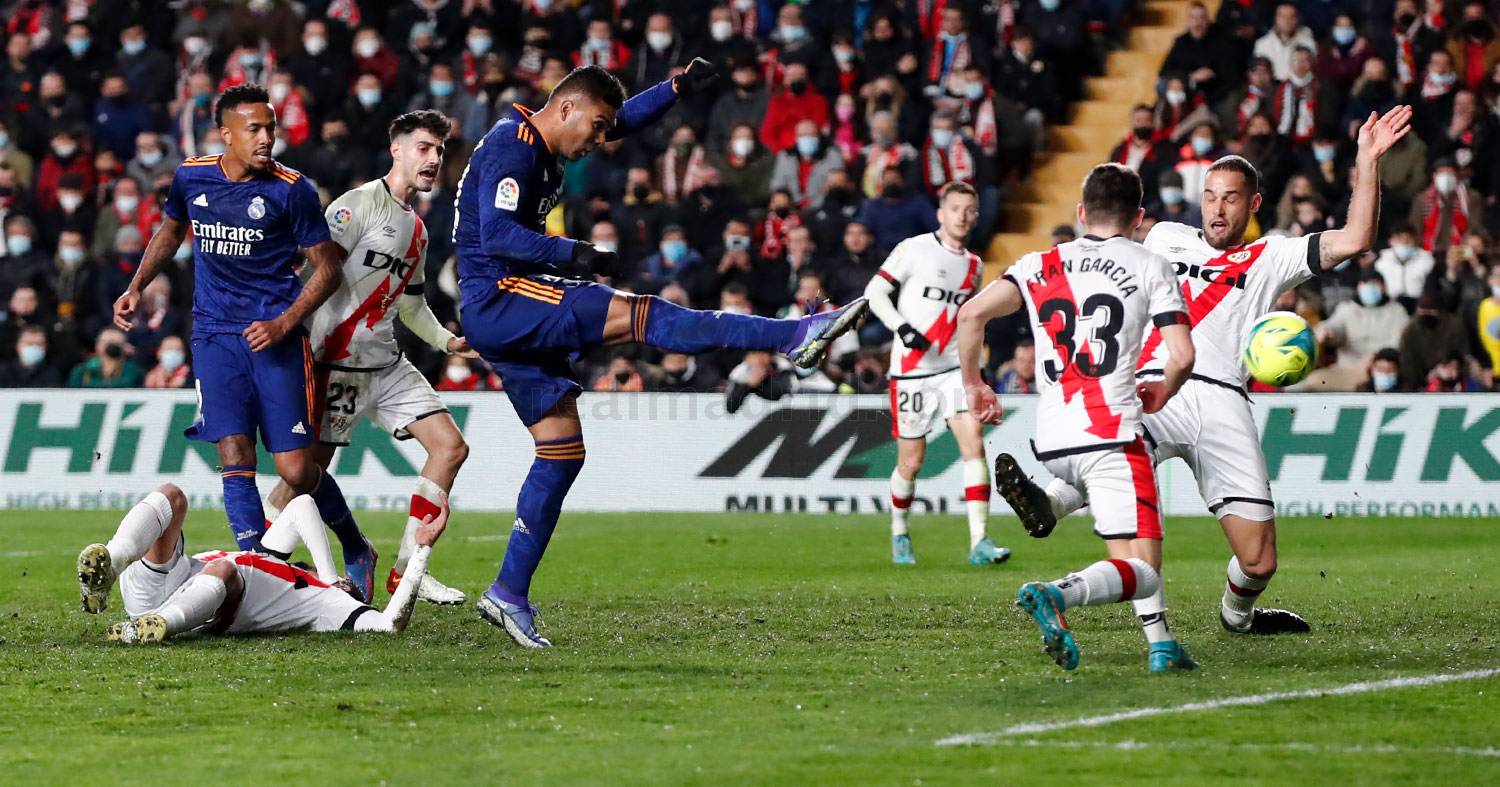 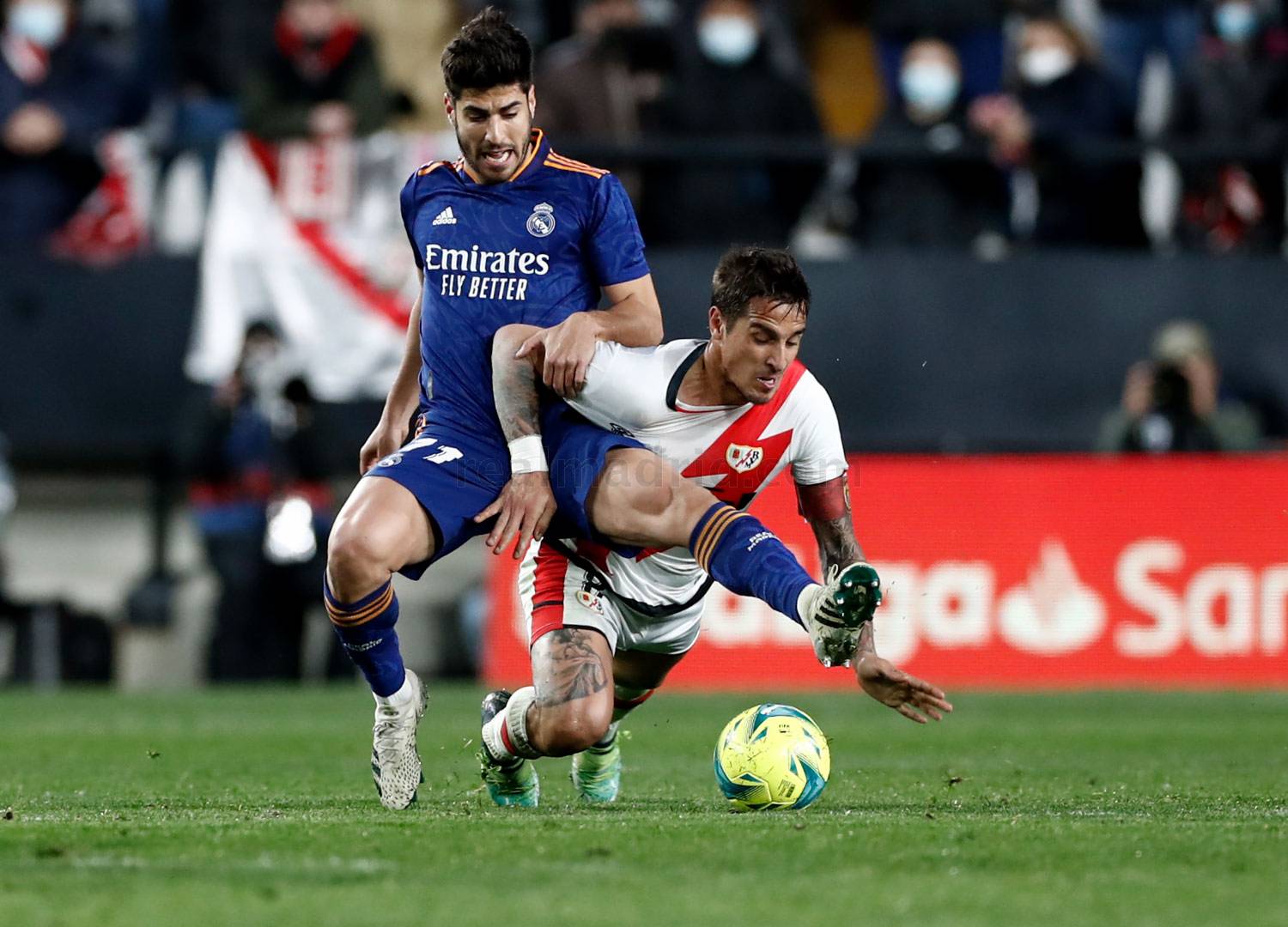 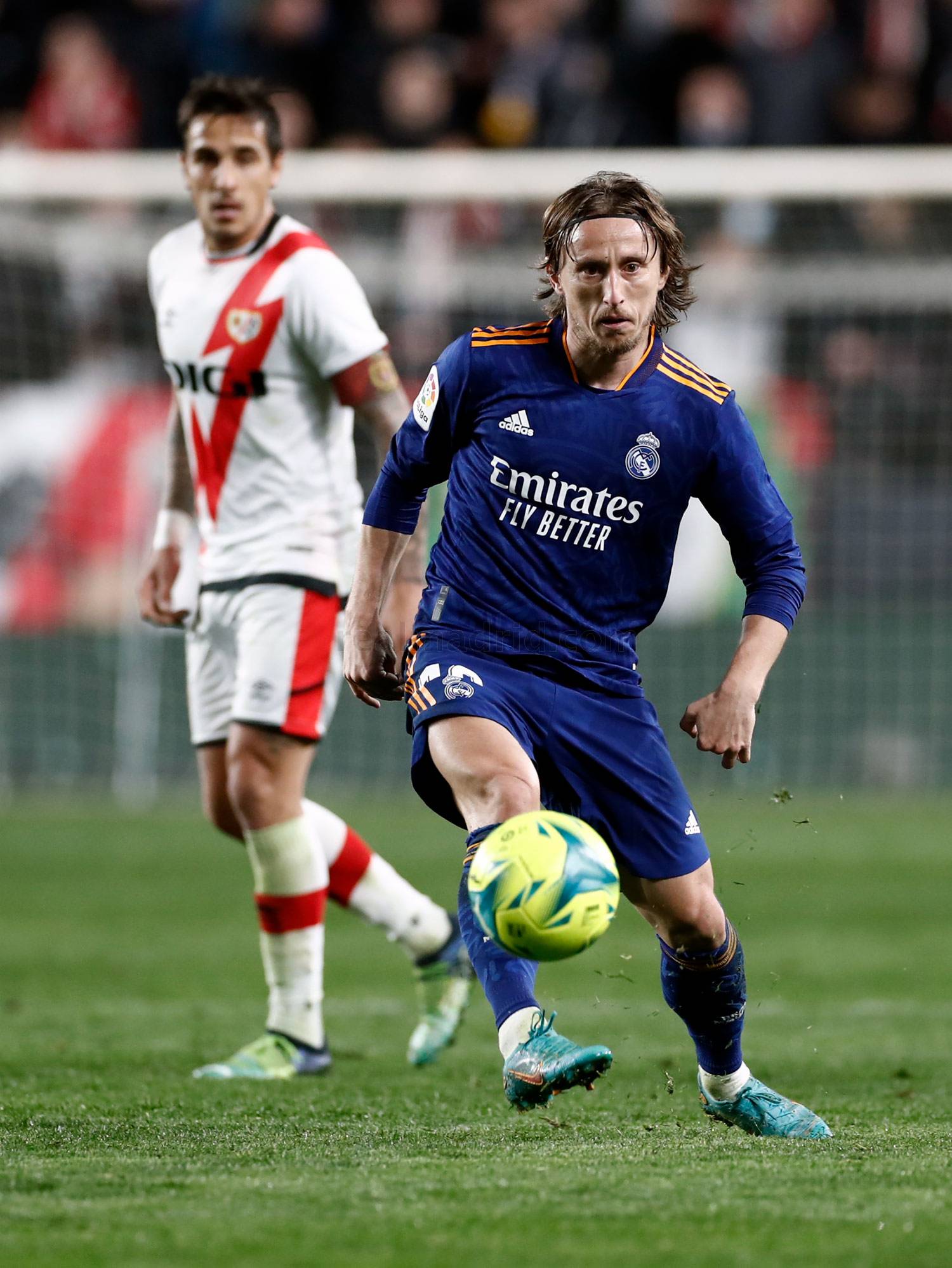 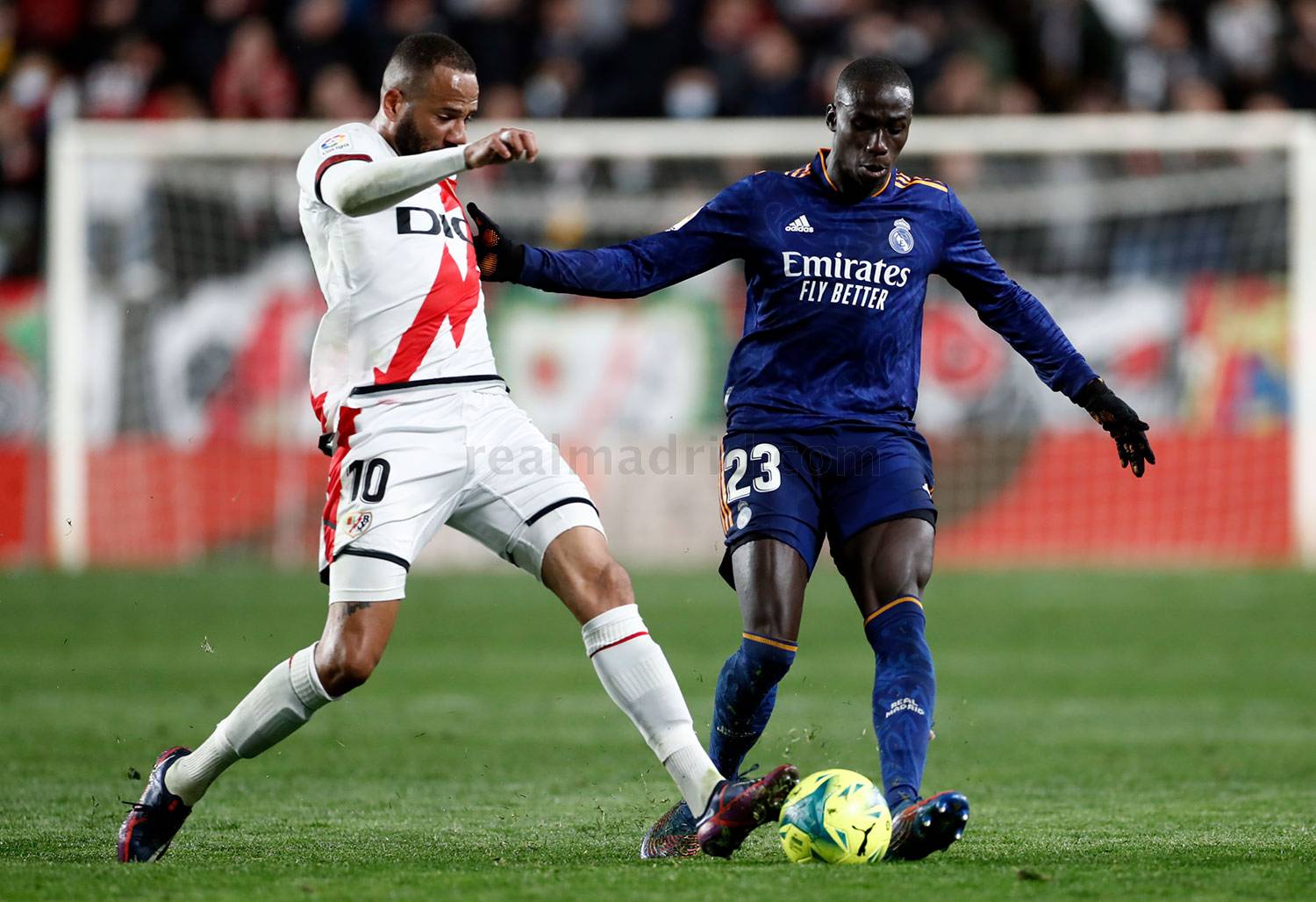 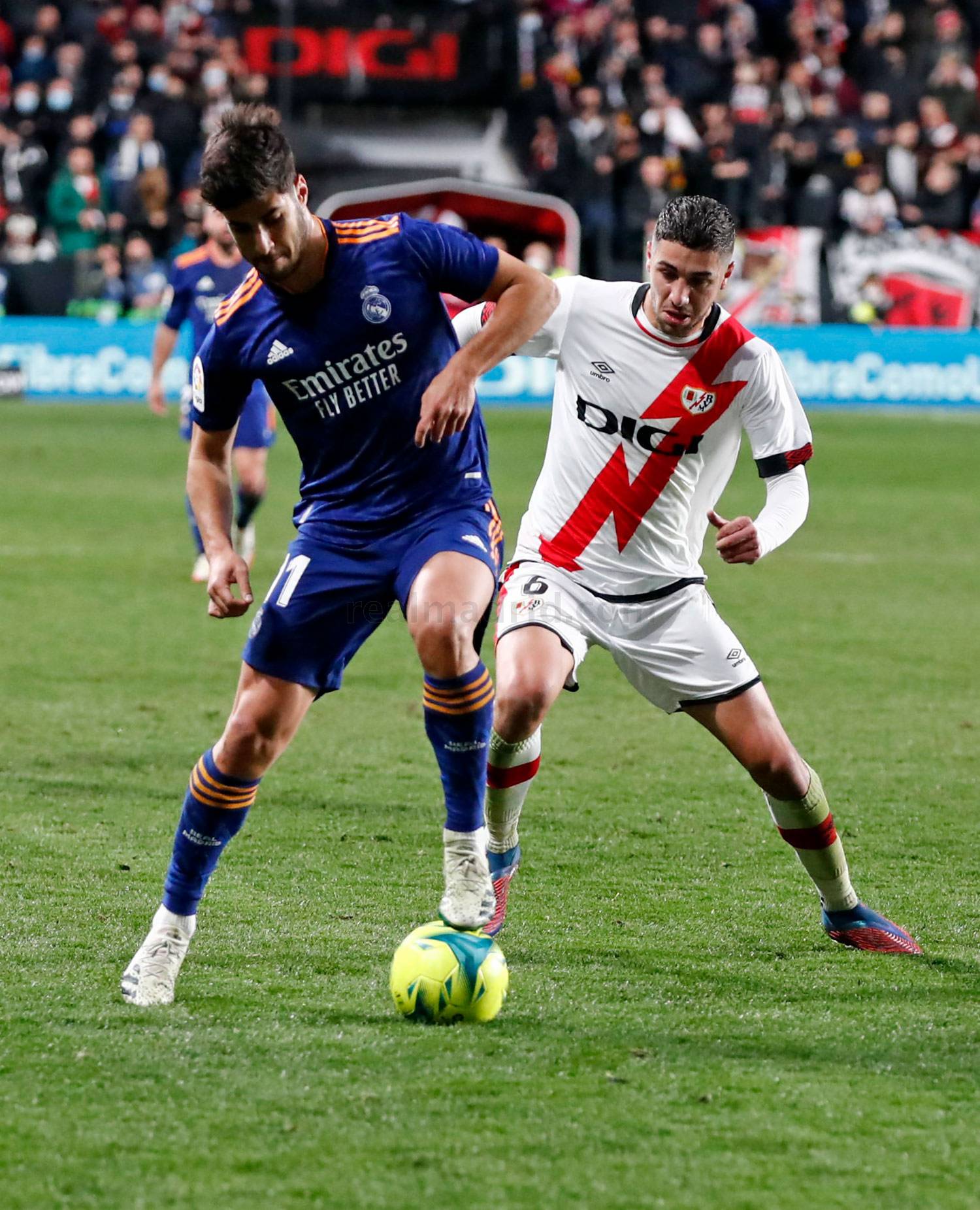 Milestones for Benzema and Asensio

Asensio celebrated his 100th LaLiga win with Real Madrid in the match in Vallecas, in his 150th league game for the club. Benzema, who scored the winning goal in the match, also notched his 400th Real Madrid win.