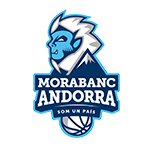 The league leaders went all the way to the end, but came up against a side who were very successful in attack.

Pablo Laso said it in the build-up that this was a risky game and the previous results backed that up. Real Madrid came in to the game after a big effort this week, with two games going to overtime less than 48 hours ago, and tiredness took its toll on the team against MoraBanc Andorra, who put in a very solid performance and came away with the win thanks to their attacking skills. Our team still top the league standings with 16 wins in 19 games, trying till the end to mount a comeback. Llull and Rudy were missing from last Friday's game, and Causeur returned (16 points) and Deck (15) were the top scorers.

Aware of the fact that Madrid had played a lot of games, MoraBanc Andorra came out and played with a lot of intensity and speed and were in the points thanks to taking advantage of our team's defensive balance, countering the visitors' drive at the start with good percentages from mid-range. Randolph, with 9 points, led Madrid's offensive charge in a first quarter, with the lead changing hands and in the end they managed to finish on top 21-18.

Madrid taking the initiative
Alocén and Deck brought the energy that had been lacking until then, while Causeur, and particularly Thompkins, unlocked the visitors' defence from three-point range. The American forward showed his hand and scored 8 points in the second quarter, one more than Deck. The pair scored 15 of the team's 21 points, taking a +7 lead in the 19th minute against an opponent who continued to show their strength in rebounding and a very balanced attack with contributions from Miller-McIntyre, Olumuyiwa and ex-Madrid player Nakic (42-38, min.20).

The Andorrans were fresher, and they demonstrated this straight after the break. They were quicker in their actions and everything seemed to go their way with McIntyre making the difference. A 6-17 run in their favour turned the score around and enabled them to build a nine-point lead at 55-64 in the 28th minute. With Heurtel, Causeur and Randolph coming on in the final stretch of the third quarter, Madrid improved in attack and were able to hit back against a very inspired opponent (62-68, min.30).

Comeback attempt
The league leaders were still holding their nerve, trying to turn the situation around with heart and character. Causeur, Deck and Randolph pushed the team on but time and time again they came up against the visitors who were incredibly accurate from the outside. As the game went into the last two minutes, the visitors were 9 up. The hosts came out all guns blazing in the final stages and two three-pointers in a row from Heurtel and Causeur took them to 81-84 with 43 seconds to play. The comeback looked possible, but this time it was not to be. MoraBanc Andorra refused to give in and McIntyre was instrumental with his 28 points (83-88, min. 40). Up next, a triple header next week at the WiZink Center (Olympiacos, Zenit and Valencia Basket). 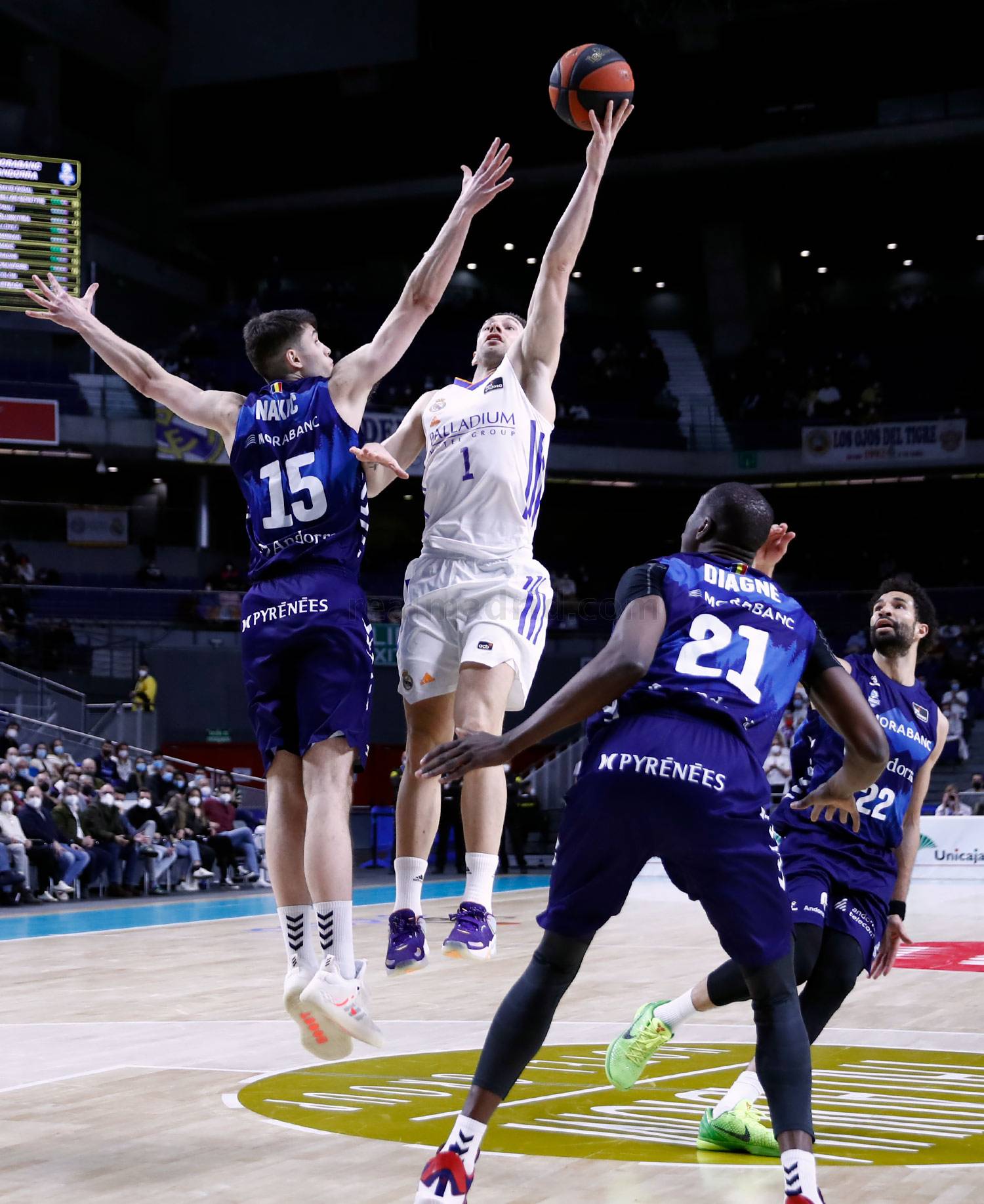 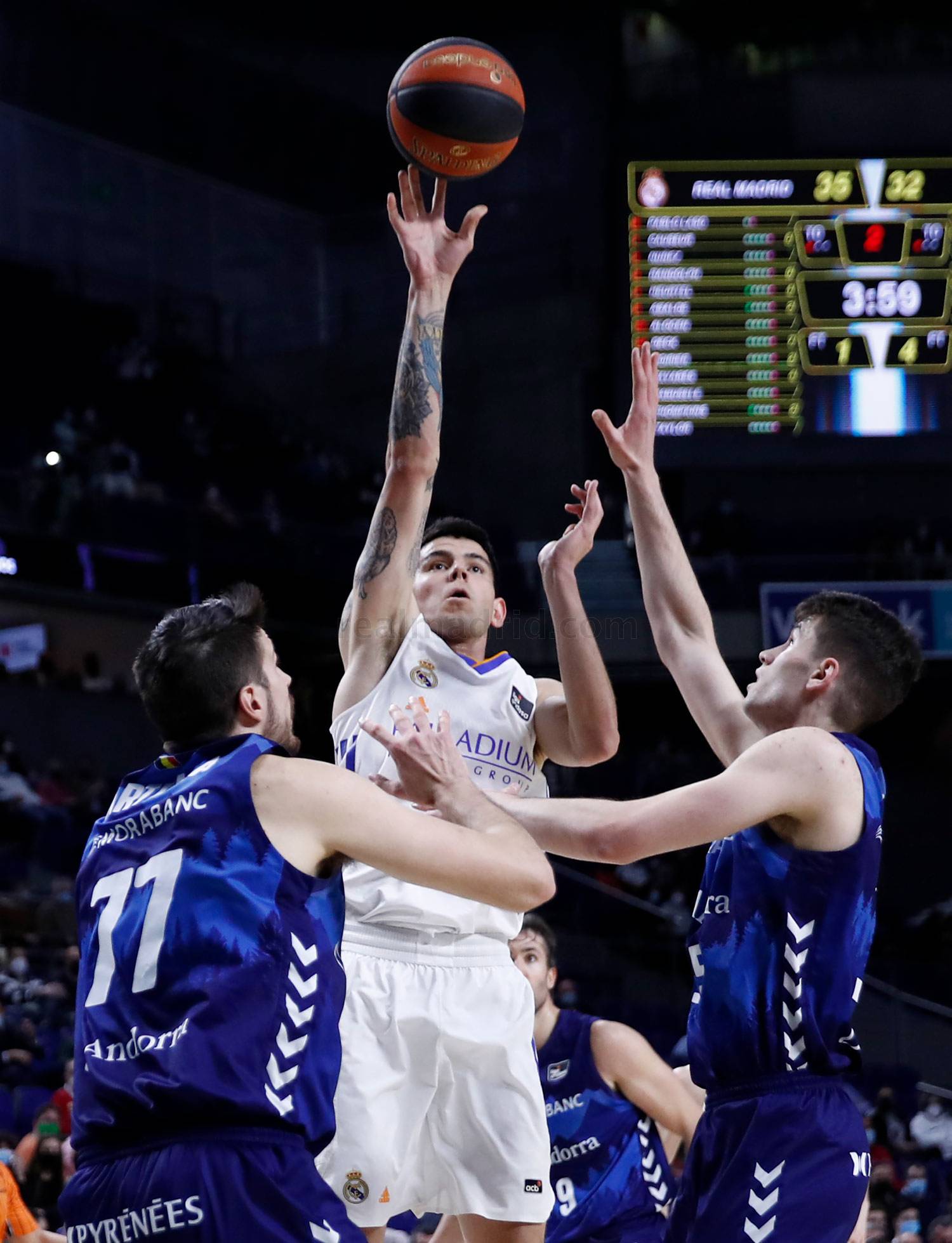 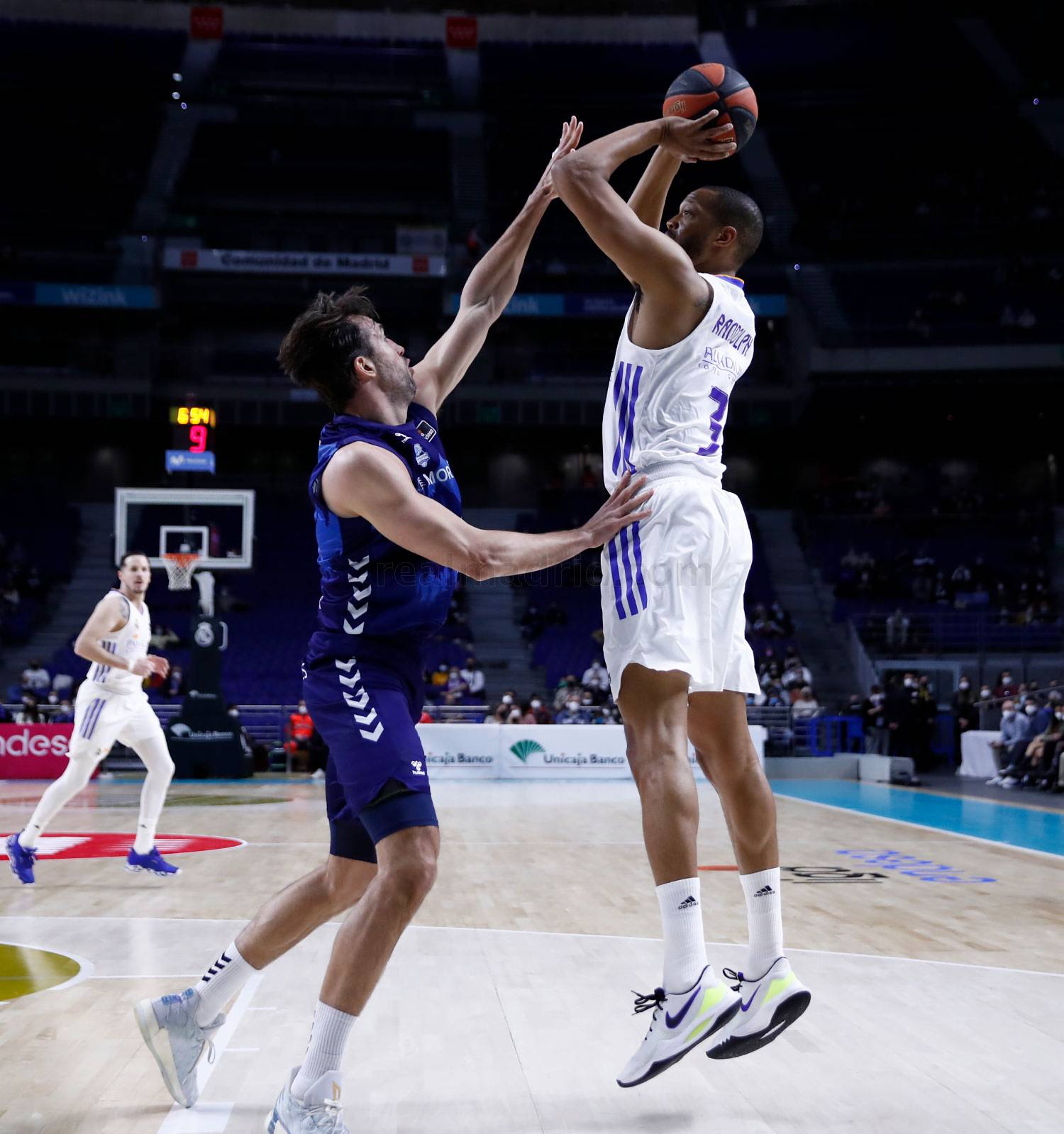 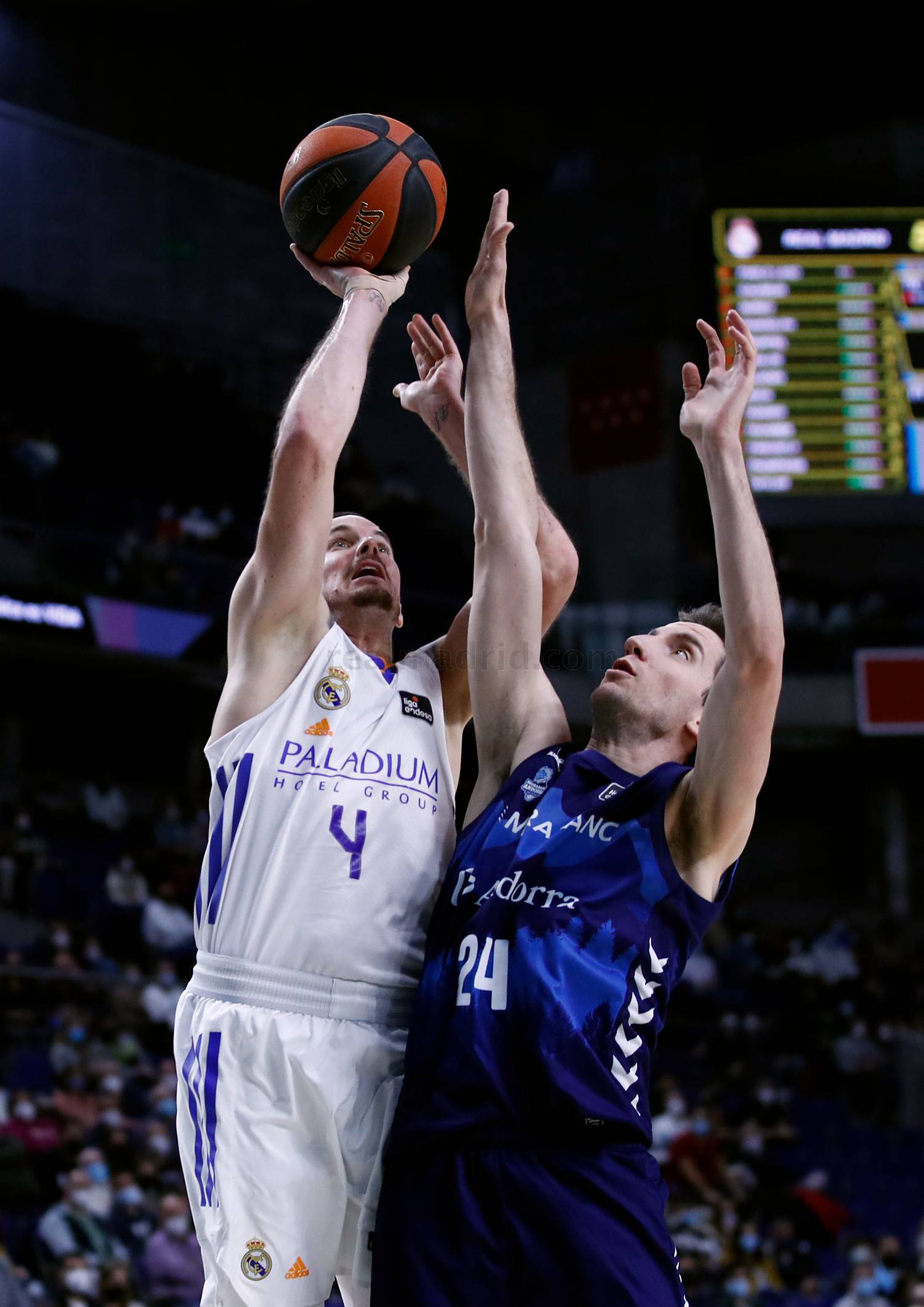 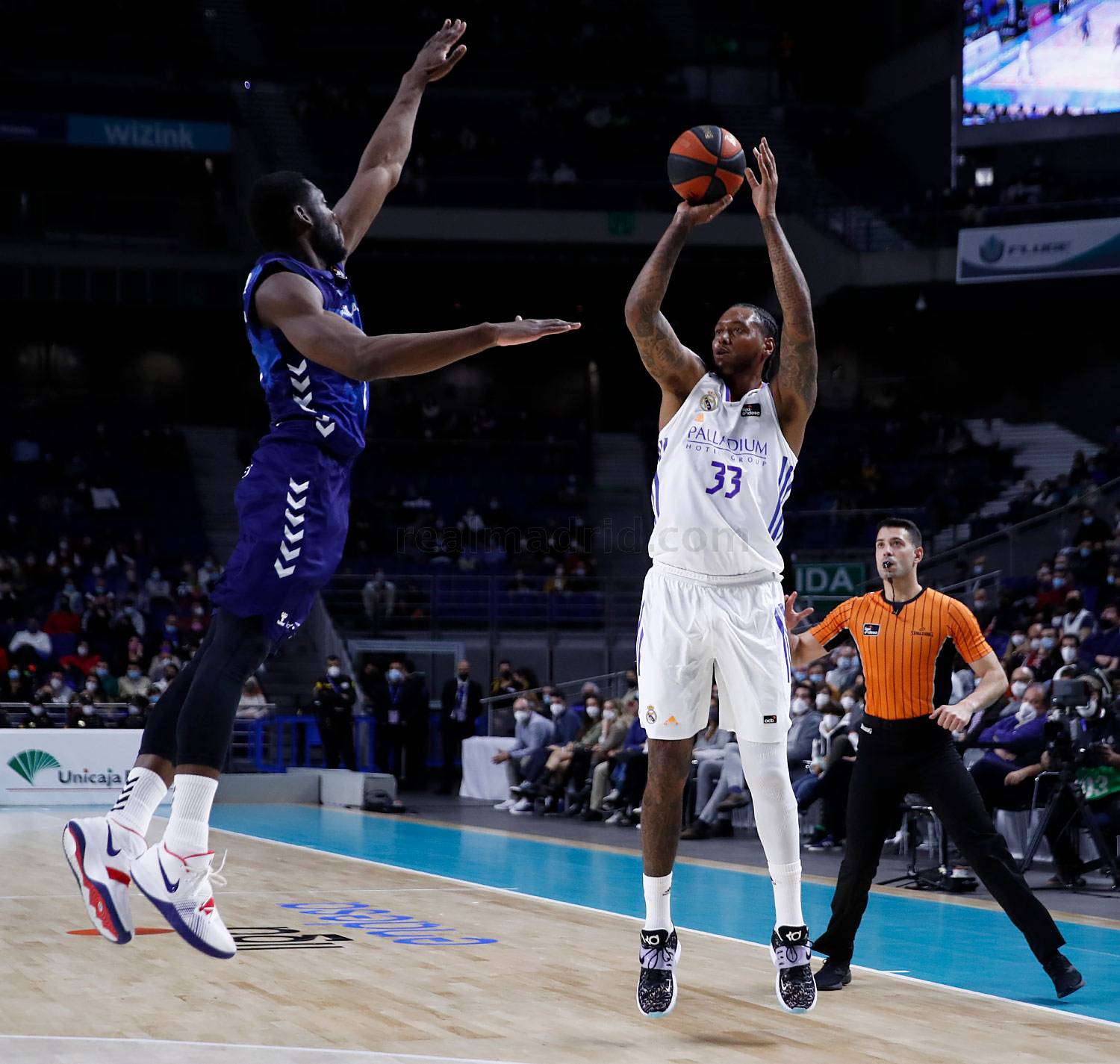 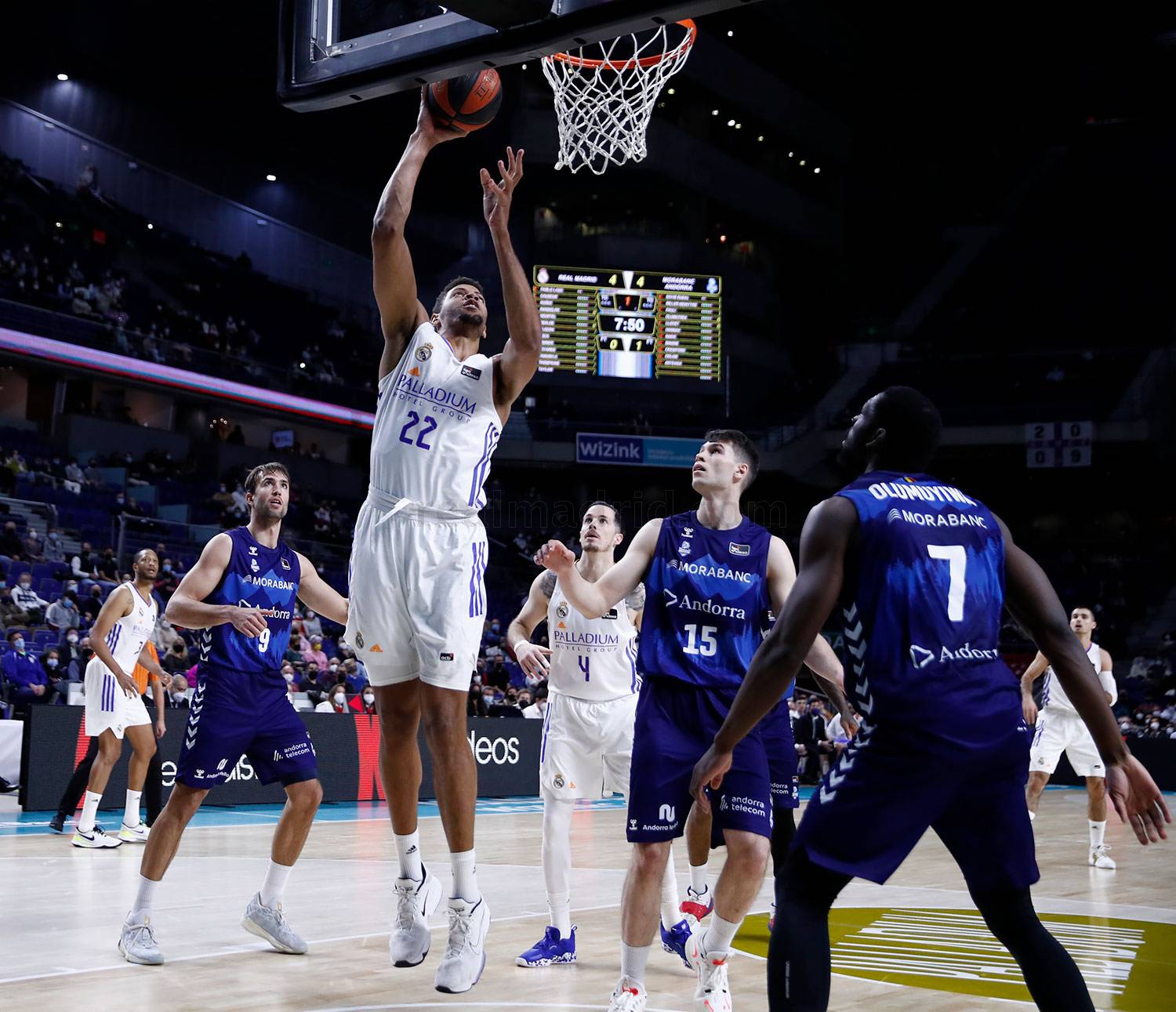 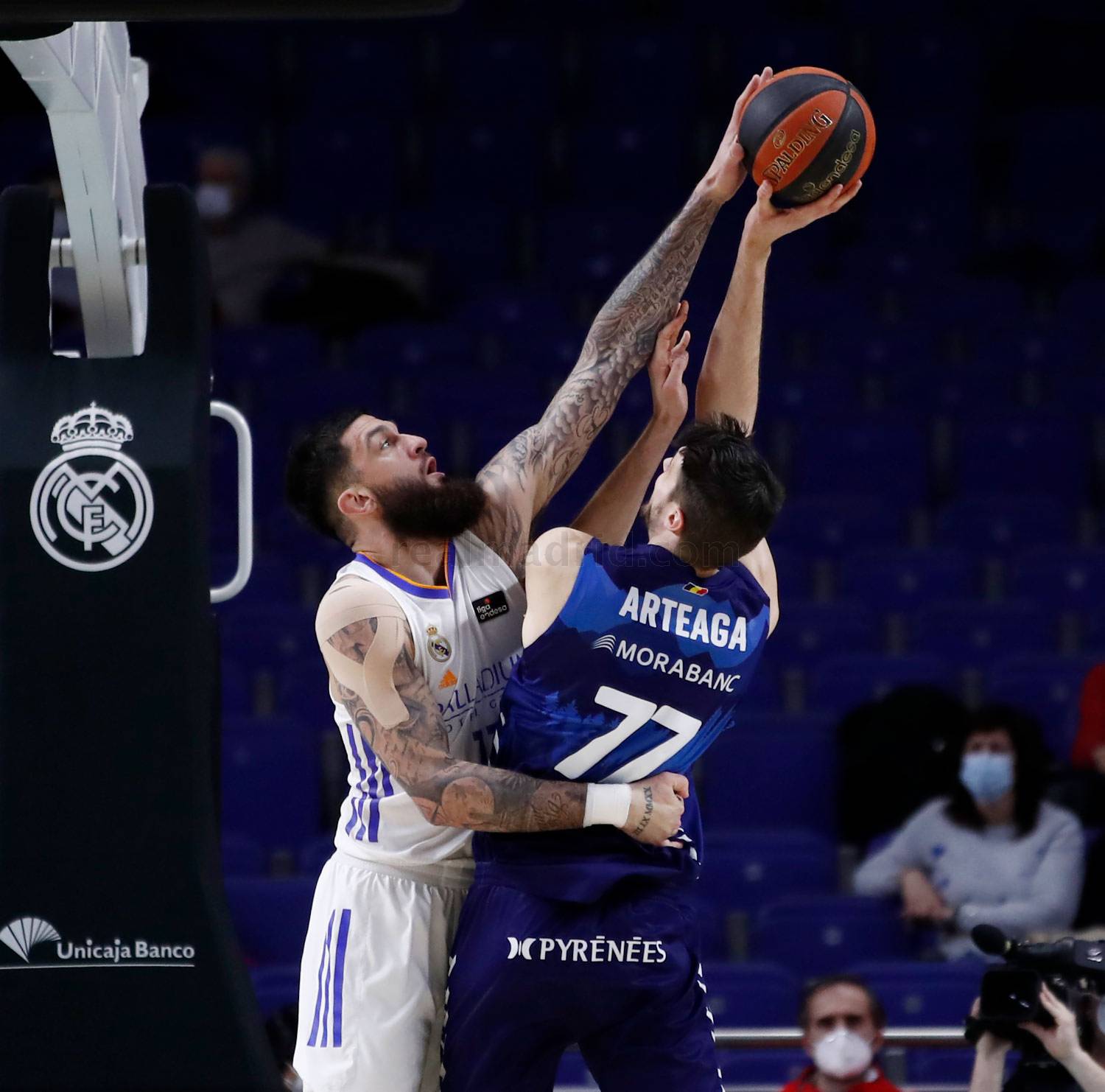 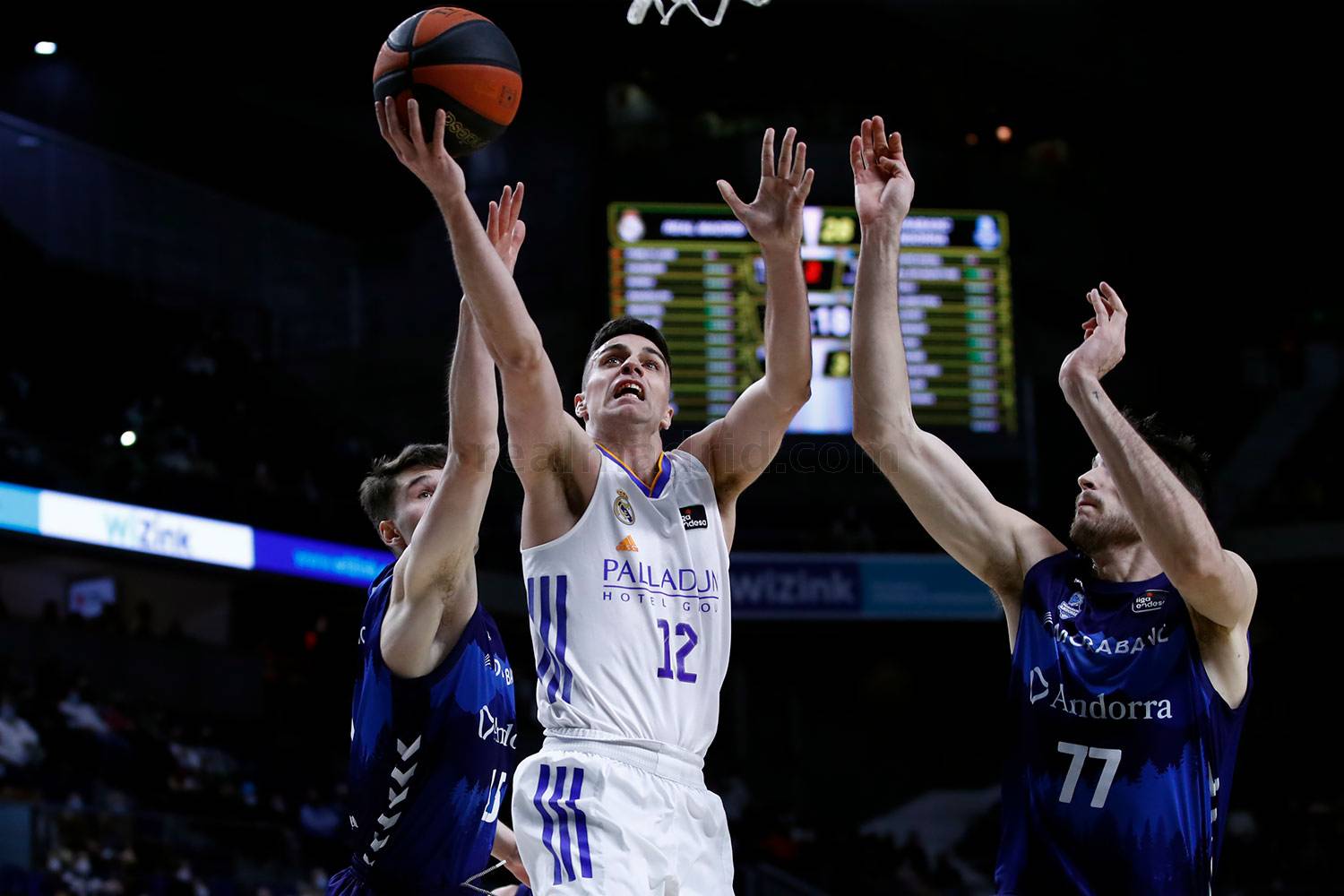 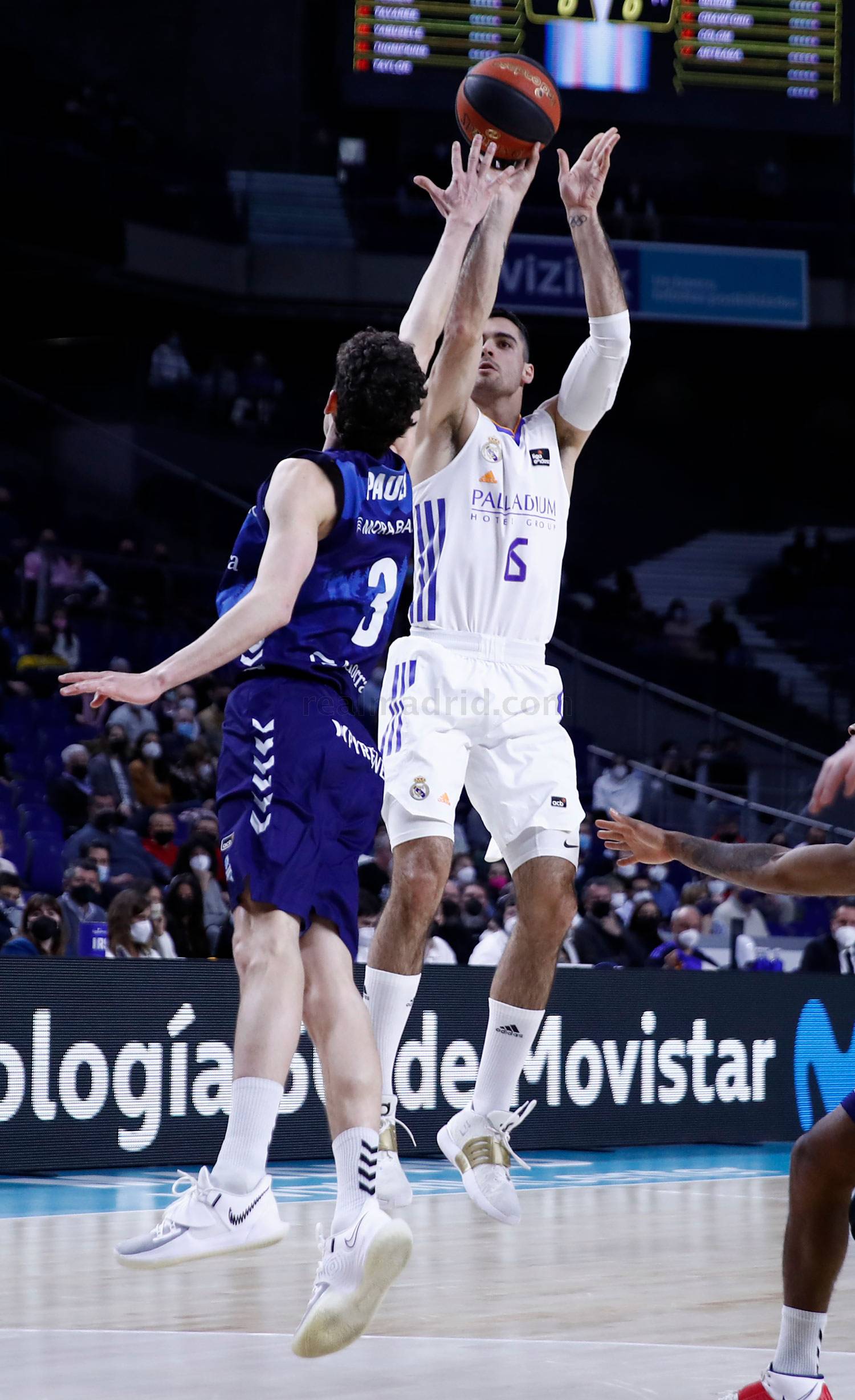 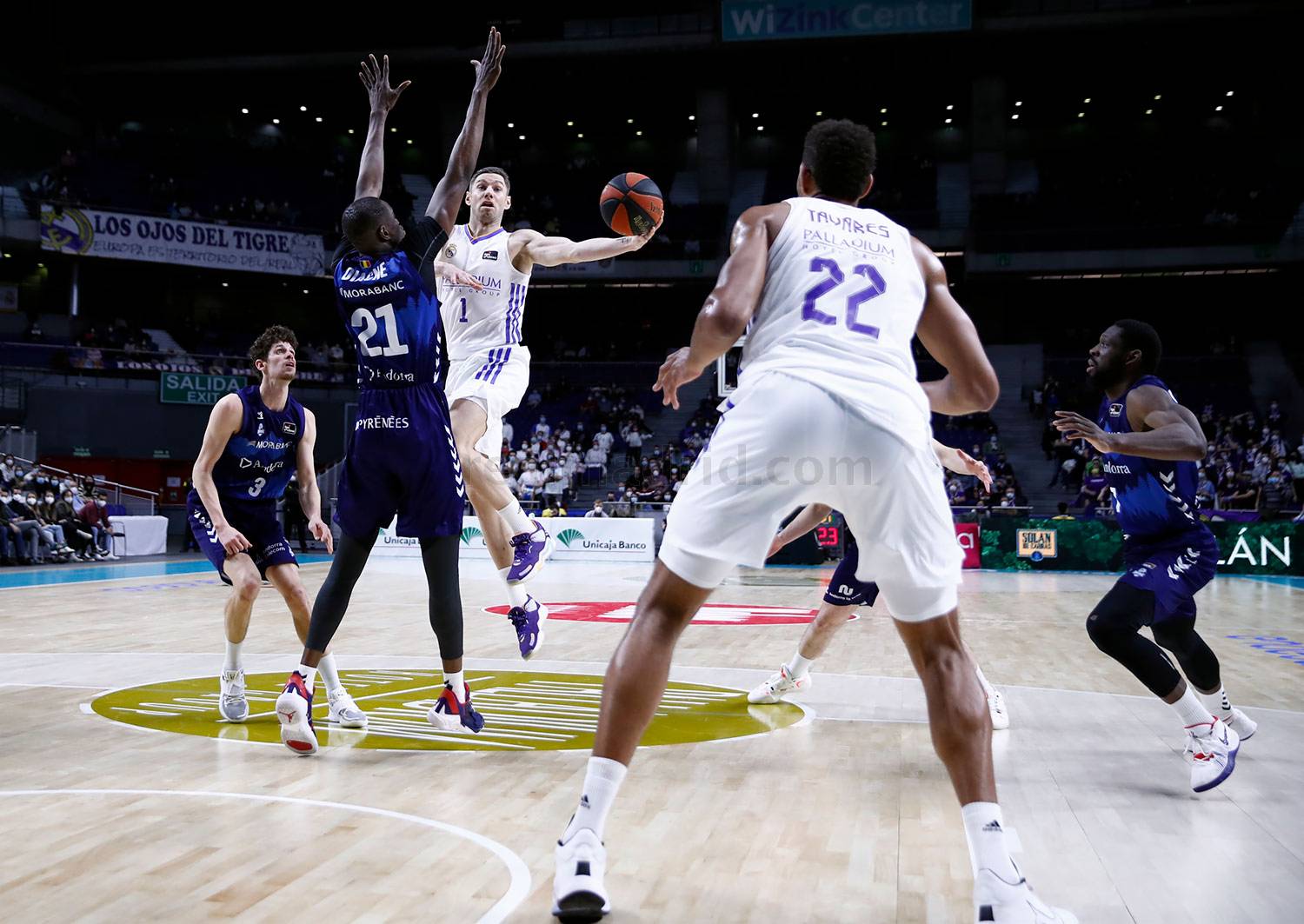 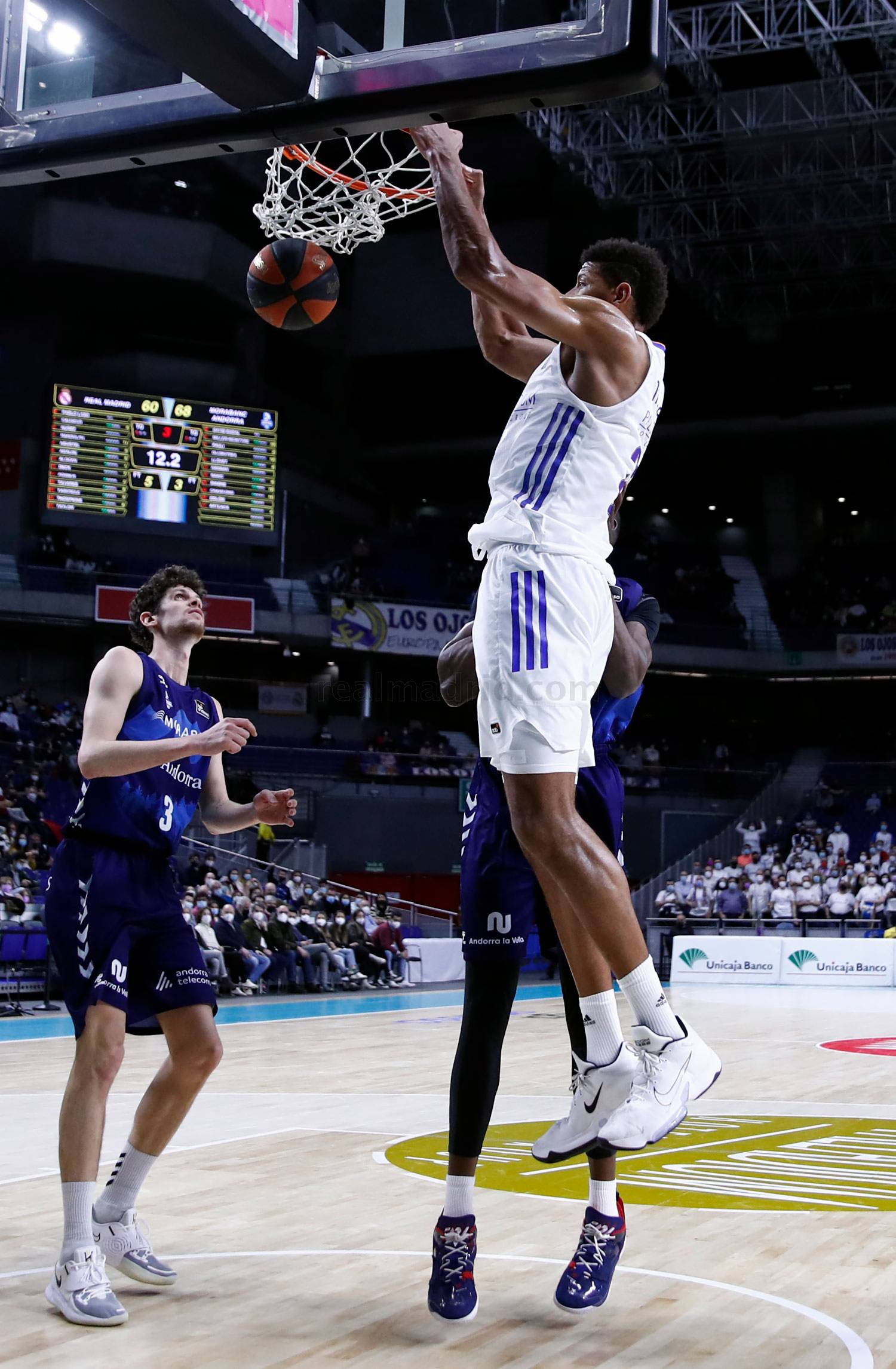 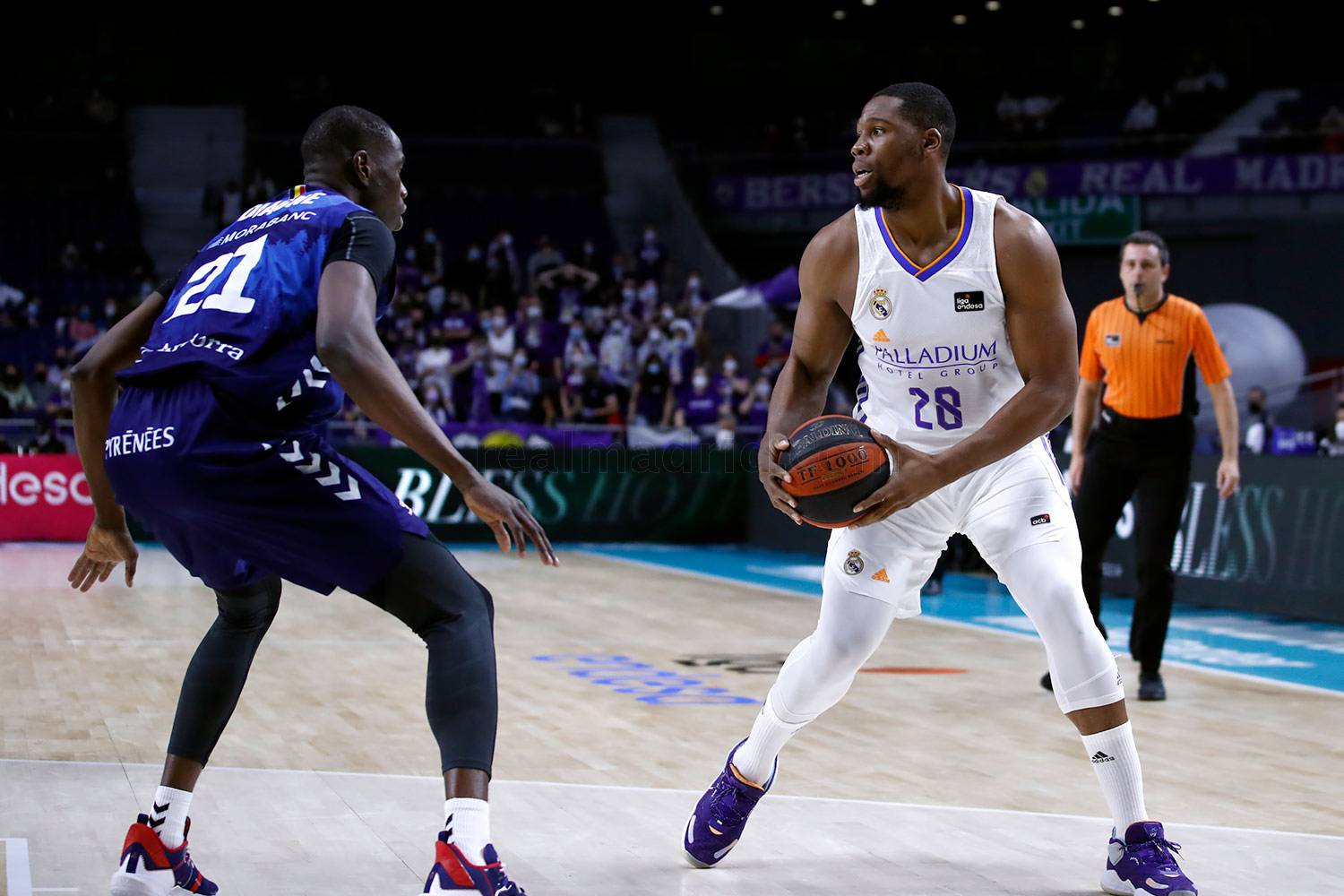 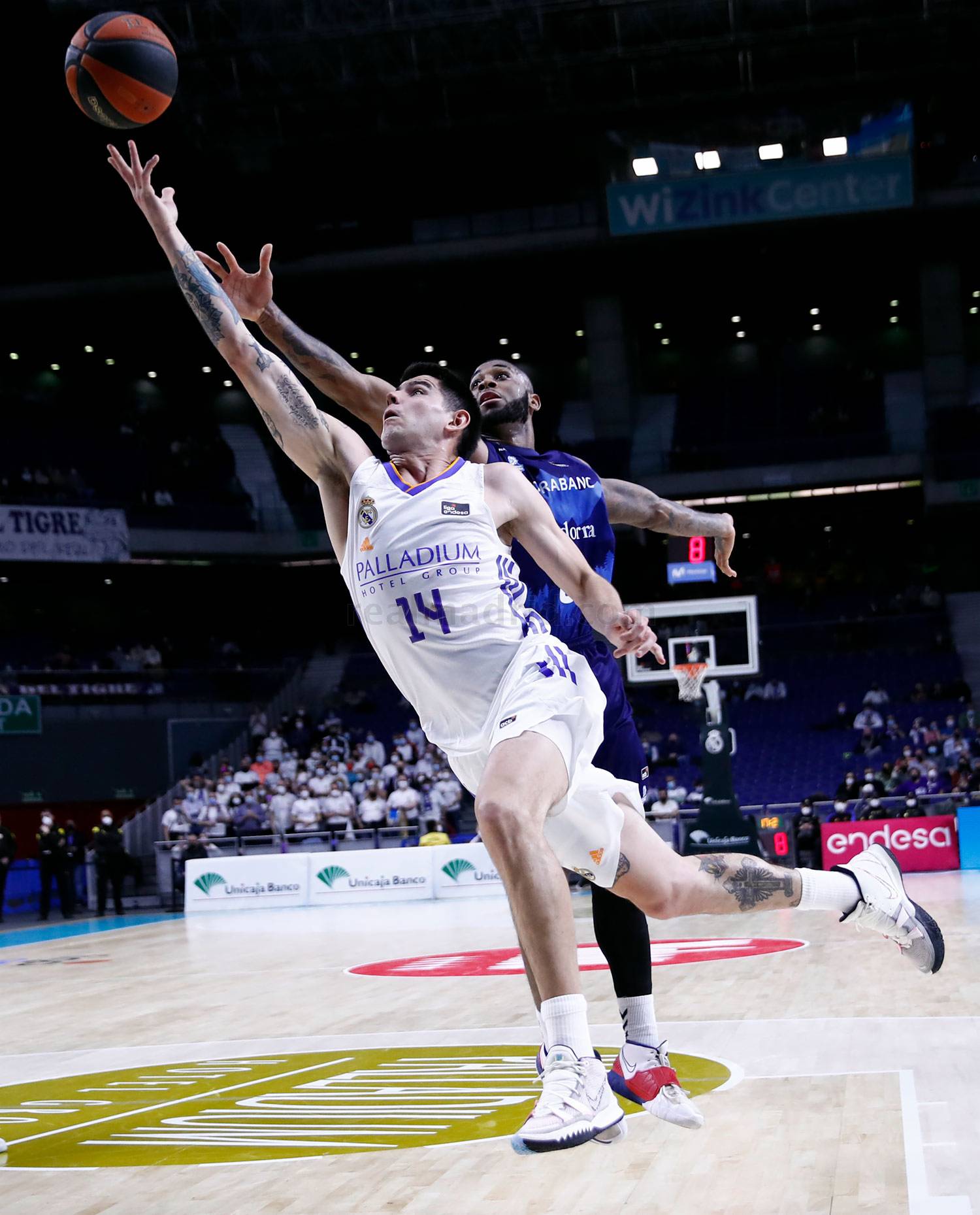 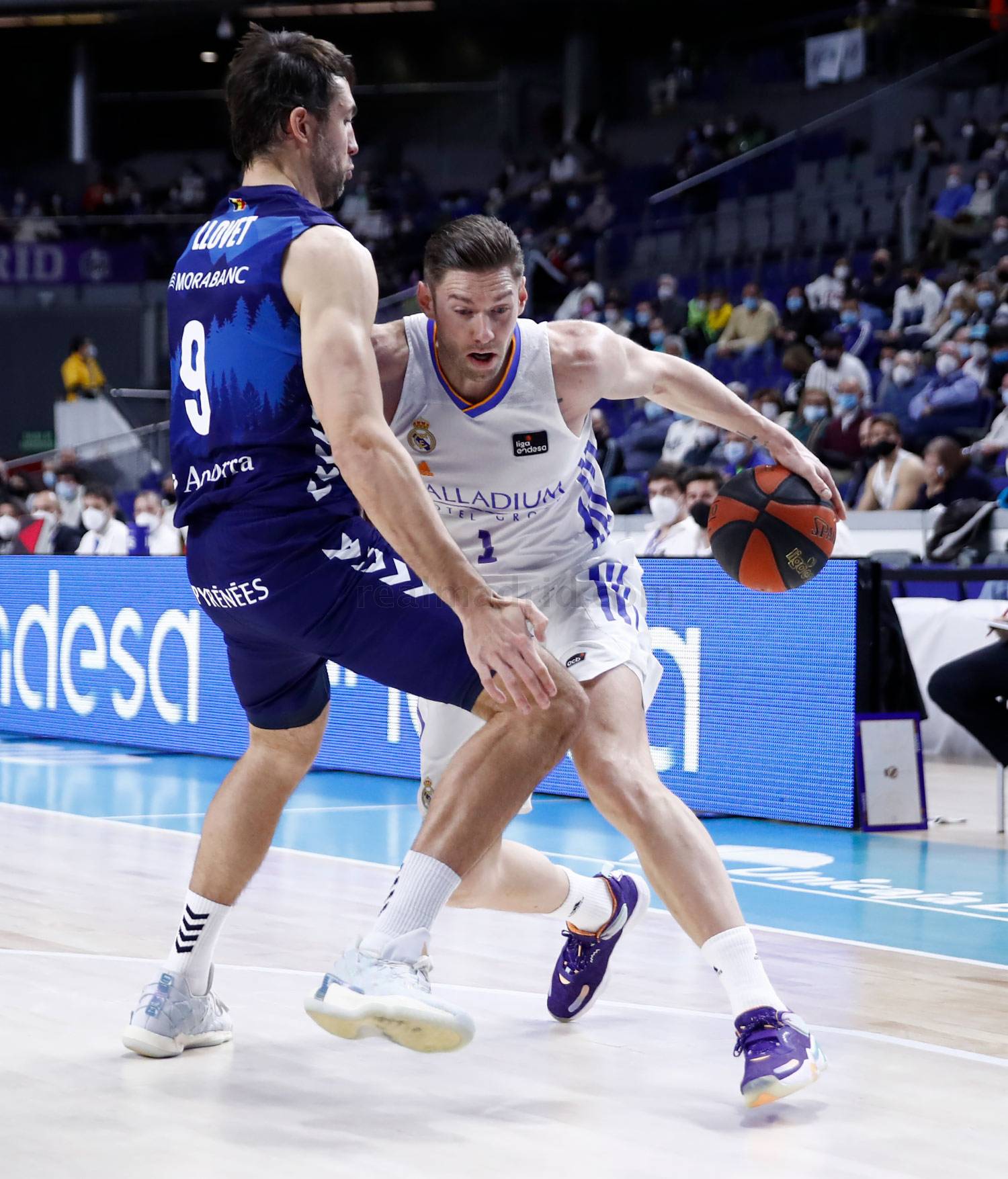 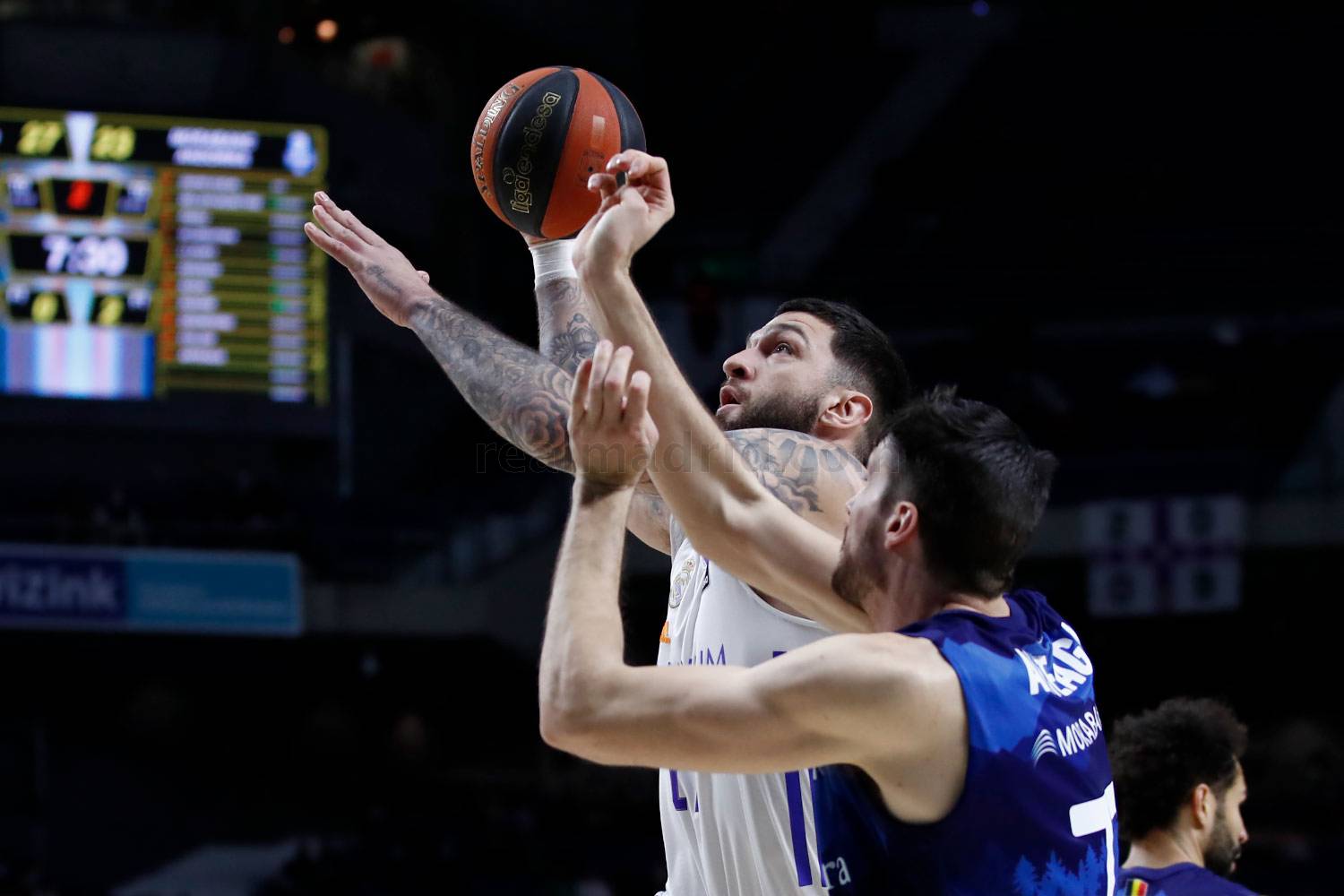