Laso's charges, with Thompkins back in the side, returned to the competition 22 days later with a magnificent victory over Bitci Baskonia at the WiZink Center, spearheaded by Yabusele and Randolph.

Real Madrid marked their 500th EuroLeague appearance with a victory over Bitci Baskonia on the side’s return to the top European competition after a three-week absence due to COVID-19. Both Rudy and Tavares were ruled out of the clash after retuning positive tests earlier in the afternoon, but Pablo Laso’s charges clinched their tenth straight win at the WiZink Center, where they remain unbeaten and equal their second best ever start. Yabusele (27 PIR), Randolph (20), Poirier (19) and Abalde (18) were the team's standout performers and Thompkins made a great comeback having been ruled out for seven months through injury (10 points).

In the 24 hours leading up to the game Madrid were dealt another setback when Rudy and Tavares were ruled out, but Thompkins and Alocén were available to play. The team got off to a flying start and set the tone in attack, racking up 25 points in the first quarter - the Whites scored with their first five shots. Yabusele was on fire and in the first ten minutes the Frenchman notched up 13 points and 19 in PIR. Baskonia ended the quarter on 18 points as they struggled to keep up with the sensational madridistas.

Madrid in total control
Laso's rotations ensured that the team continued to play at a high intensity, mainly in attack, where they went on to add another 25 points in the second quarter. The Whites' dominance in rebounding and the sharpness of all their players at the rim prevented Baskonia from getting any closer. Thompkins, who had not played since 9 May 2021, entered the fray, and scored with the first ball he touched to the delight of his teammates on the bench, leading to a standing ovation from the WiZink Center faithful. He then gave everyone another reminder of his quality by hitting a three-pointer. The power forward, along with Abalde and Randolph, spearheaded Madrid as the hosts opened up a lead of 17 points a minute before the break (50-33).

Madrid's superiority and solidity ensured that the game unfolded smoothly, which is difficult against such a competitive opponent as Baskonia. But the madridistas remained resolute and uncompromising in their play. They also improved in defence with a stellar Poirier in the paint. Causeur, who took over the attacking mantle with seven points in the third quarter, and flashes of great quality from Randolph, the hosts ended the third quarter with a 19-point lead (69-50).

Second best start at home
The 330th EuroLeague victory came in some style, as Real Madrid delighted the fans with some excellent basketball. They also had the additional task of defending their unbeaten run at the Palacio and they did so with four players producing outstanding performances: Yabusele (17 points and 8 rebounds), Randolph (13 and 12), Poirier (11 and 8) and Abalde (15 and 4). Thompkins also finished with 10 points upon his triumphant return. All this enabled the madridistas to equal their second-best start to a season at home (10 wins in 2019-20). To date, they are the team to have lost the least amount of games in the competition (3). In less than 48 hours' time, the leaders return to league action when they host Casademont Zaragoza on Sunday (5 pm CET). 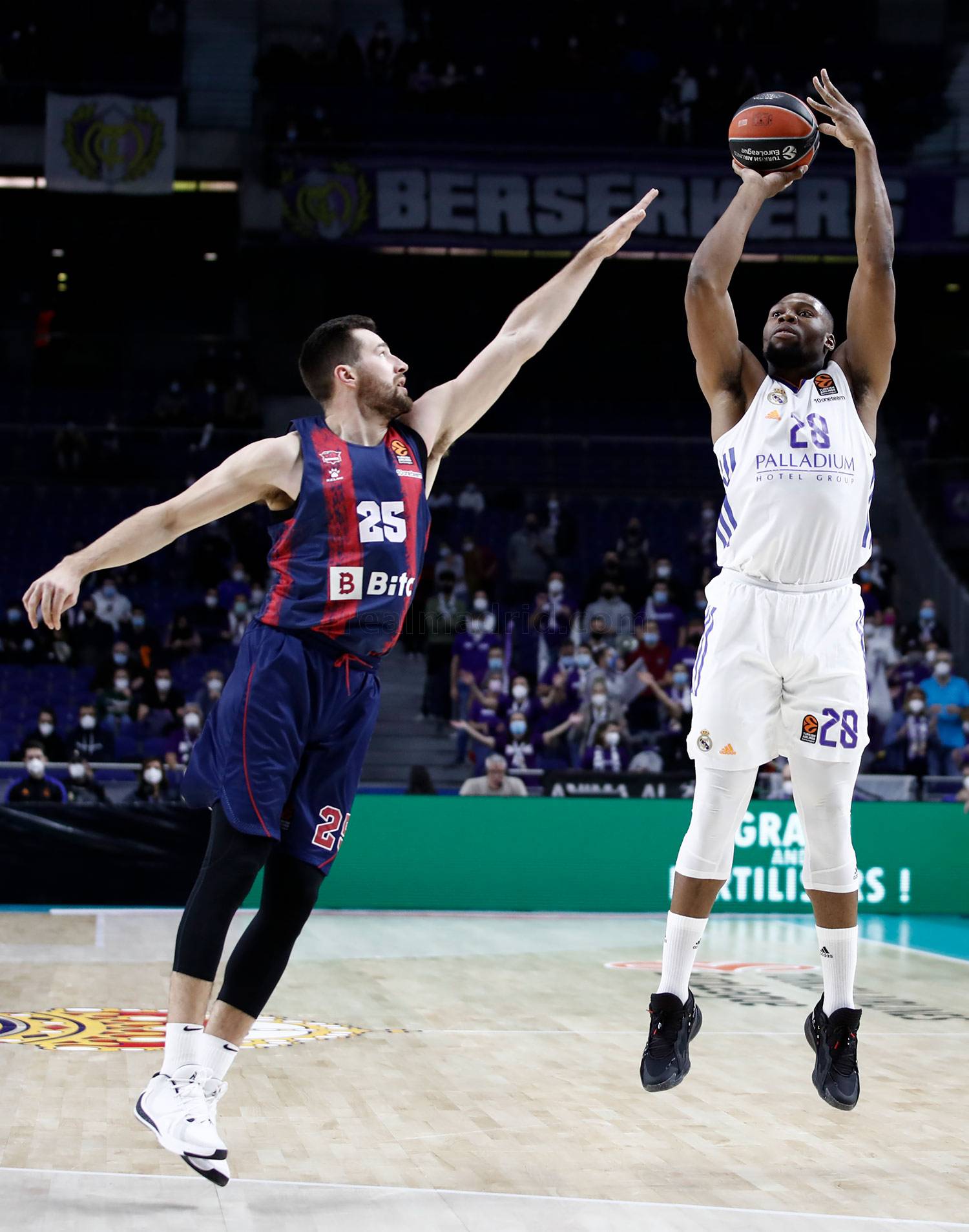 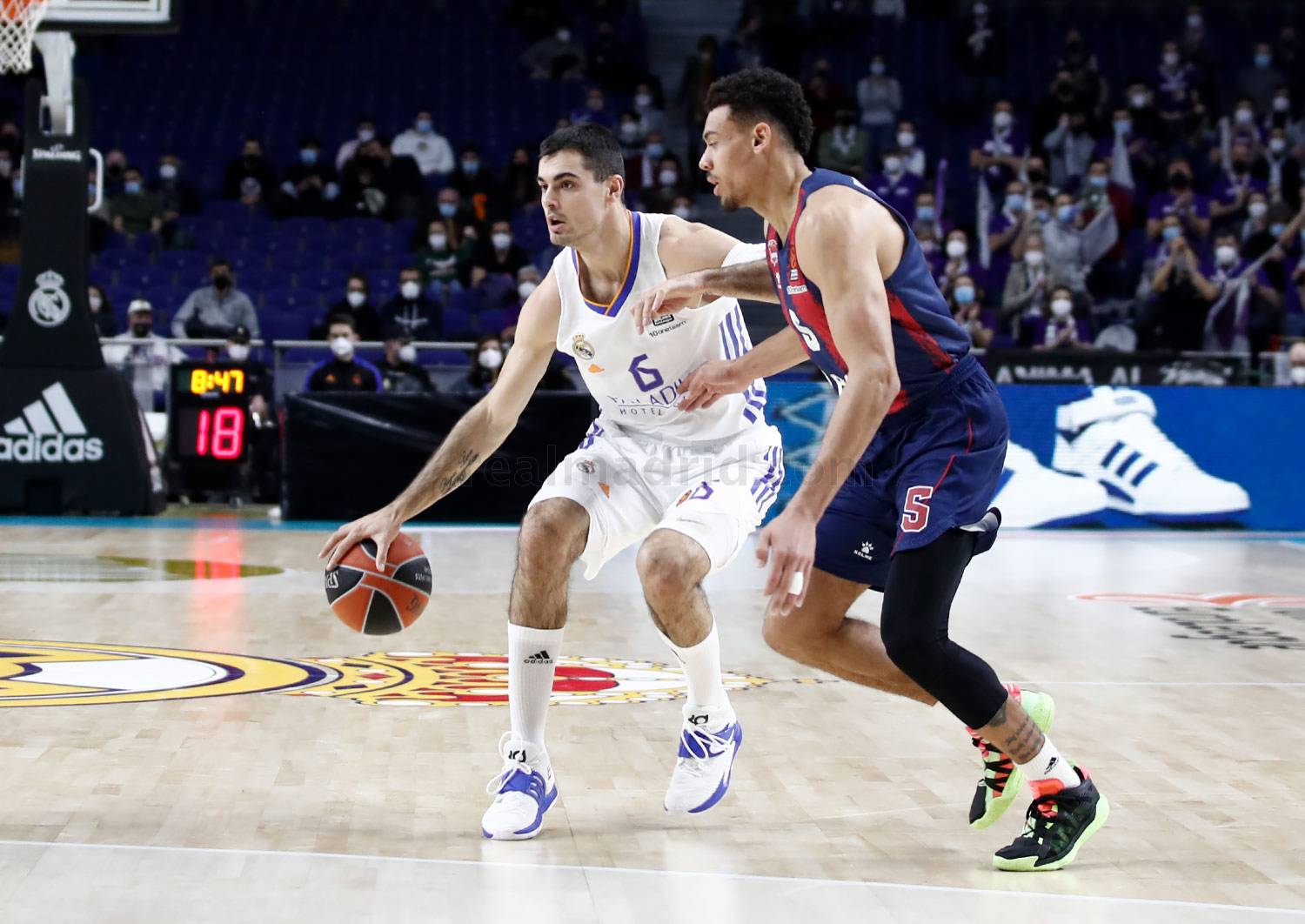 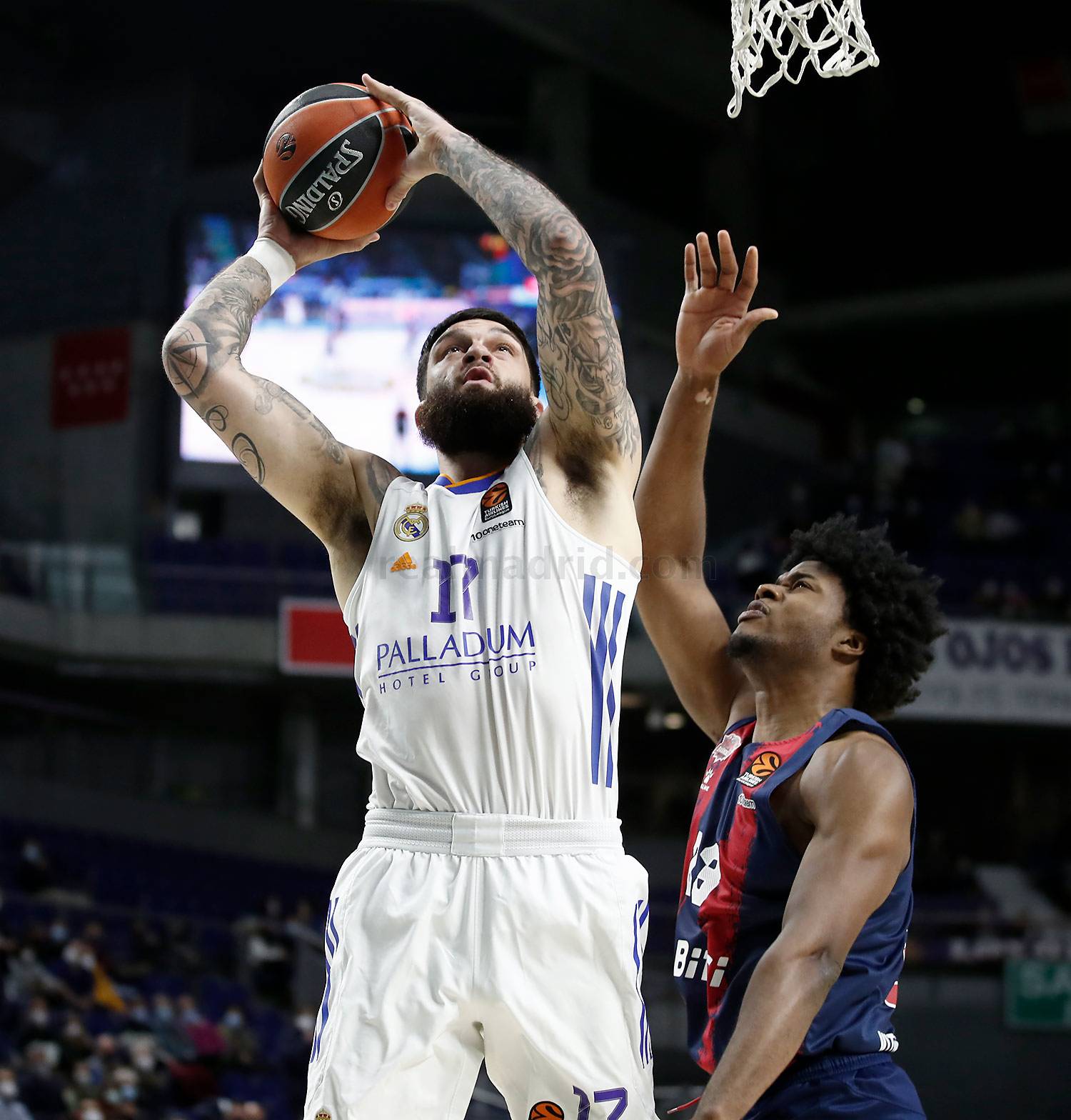 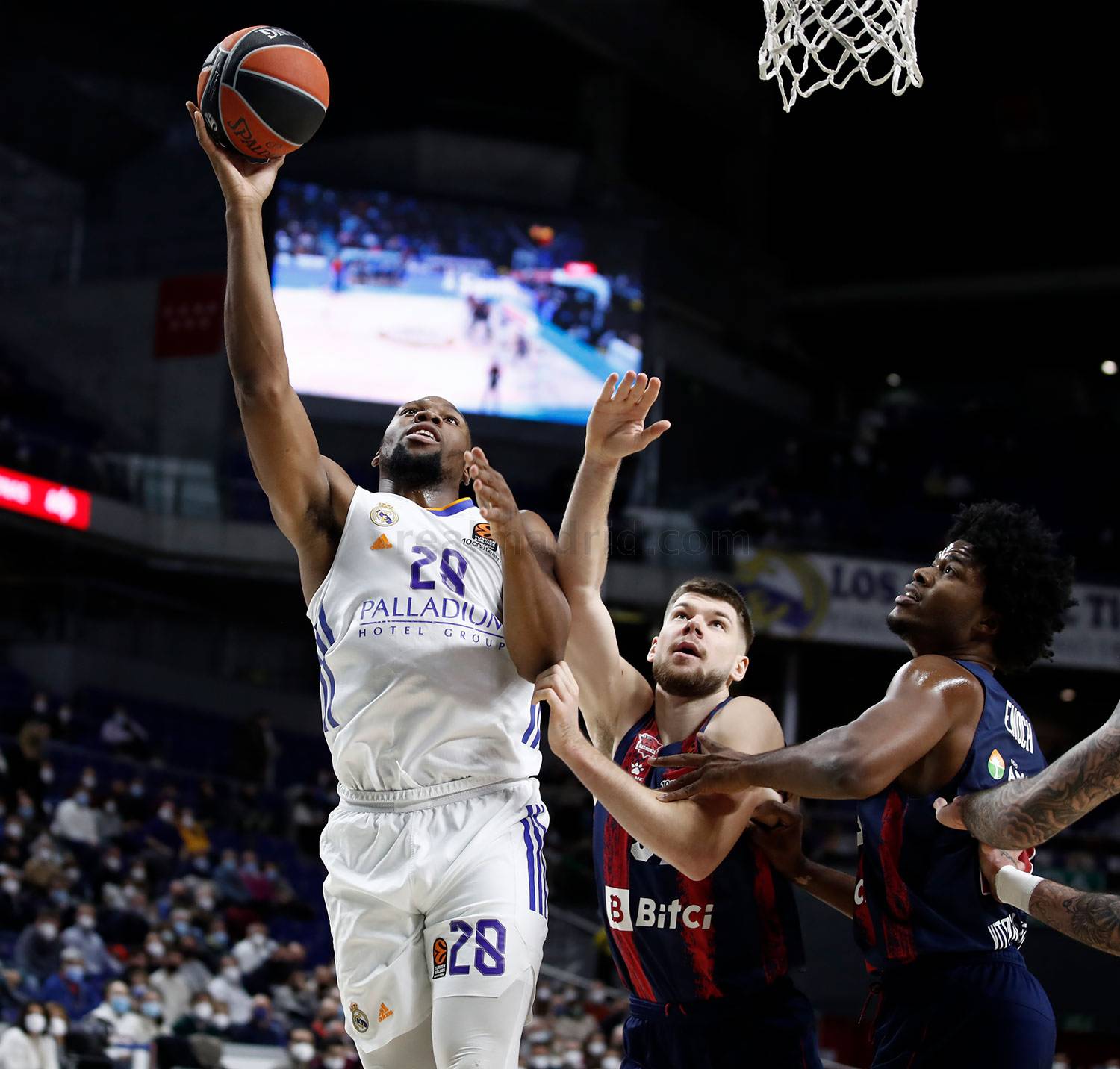 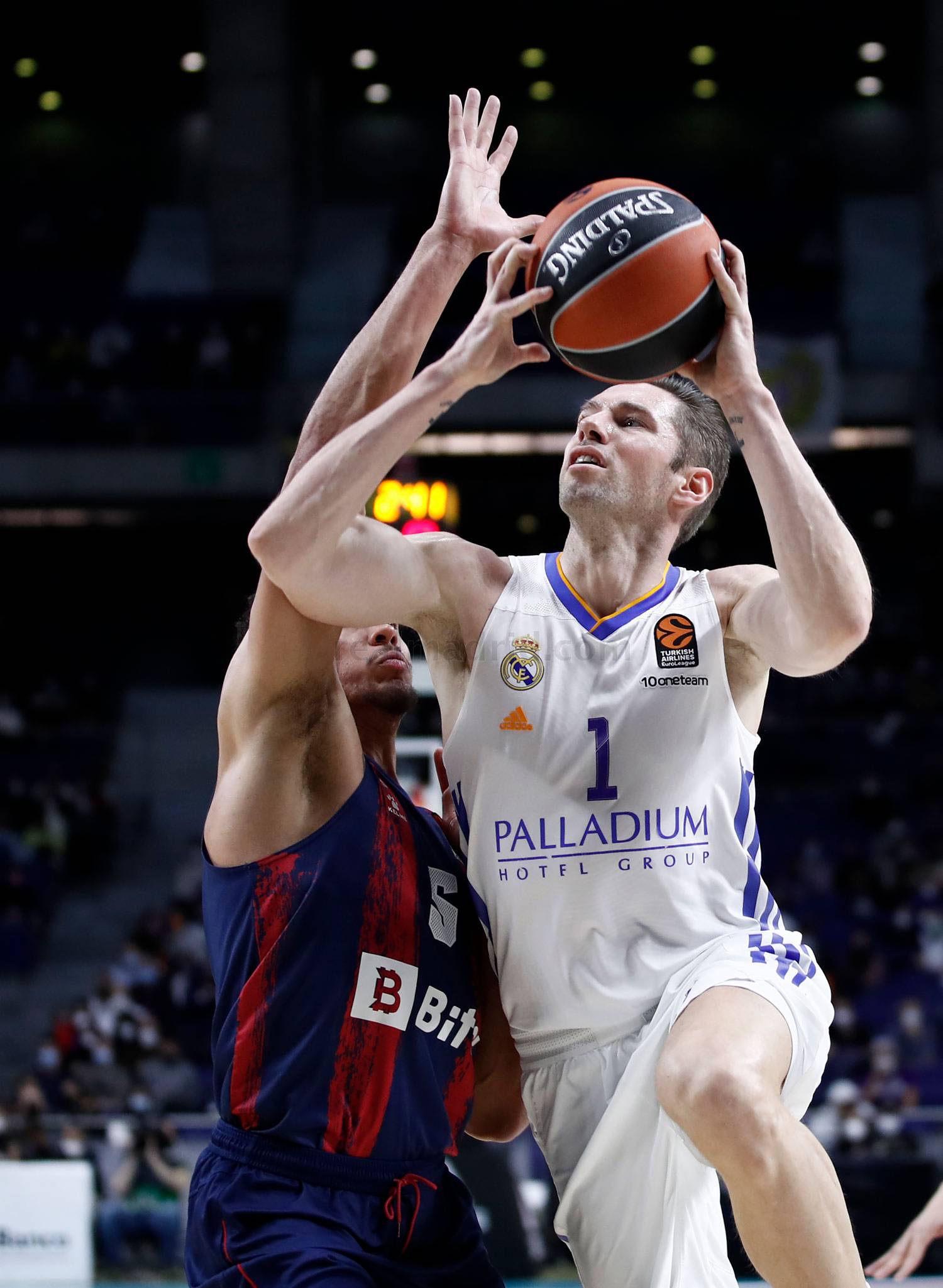 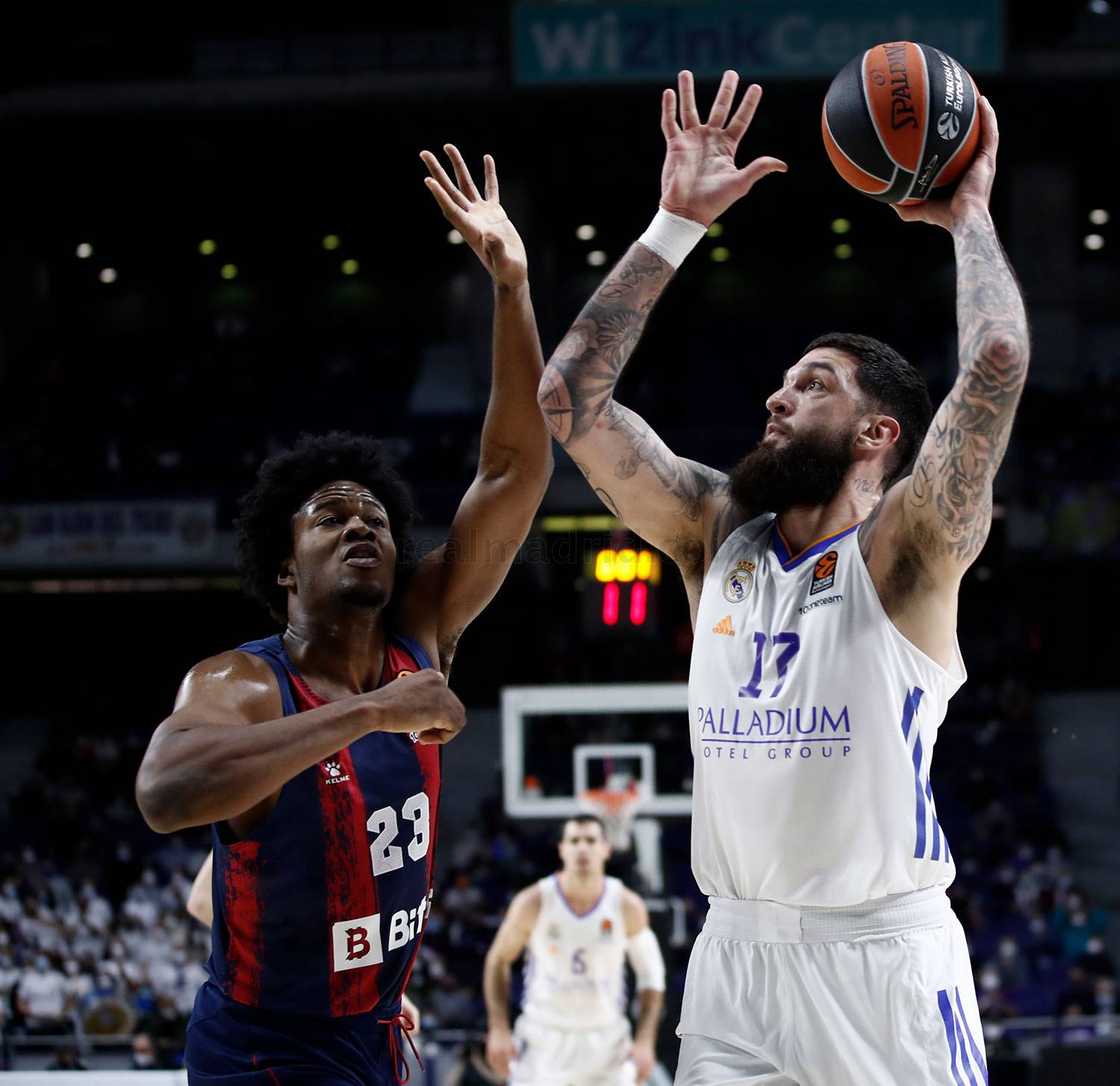 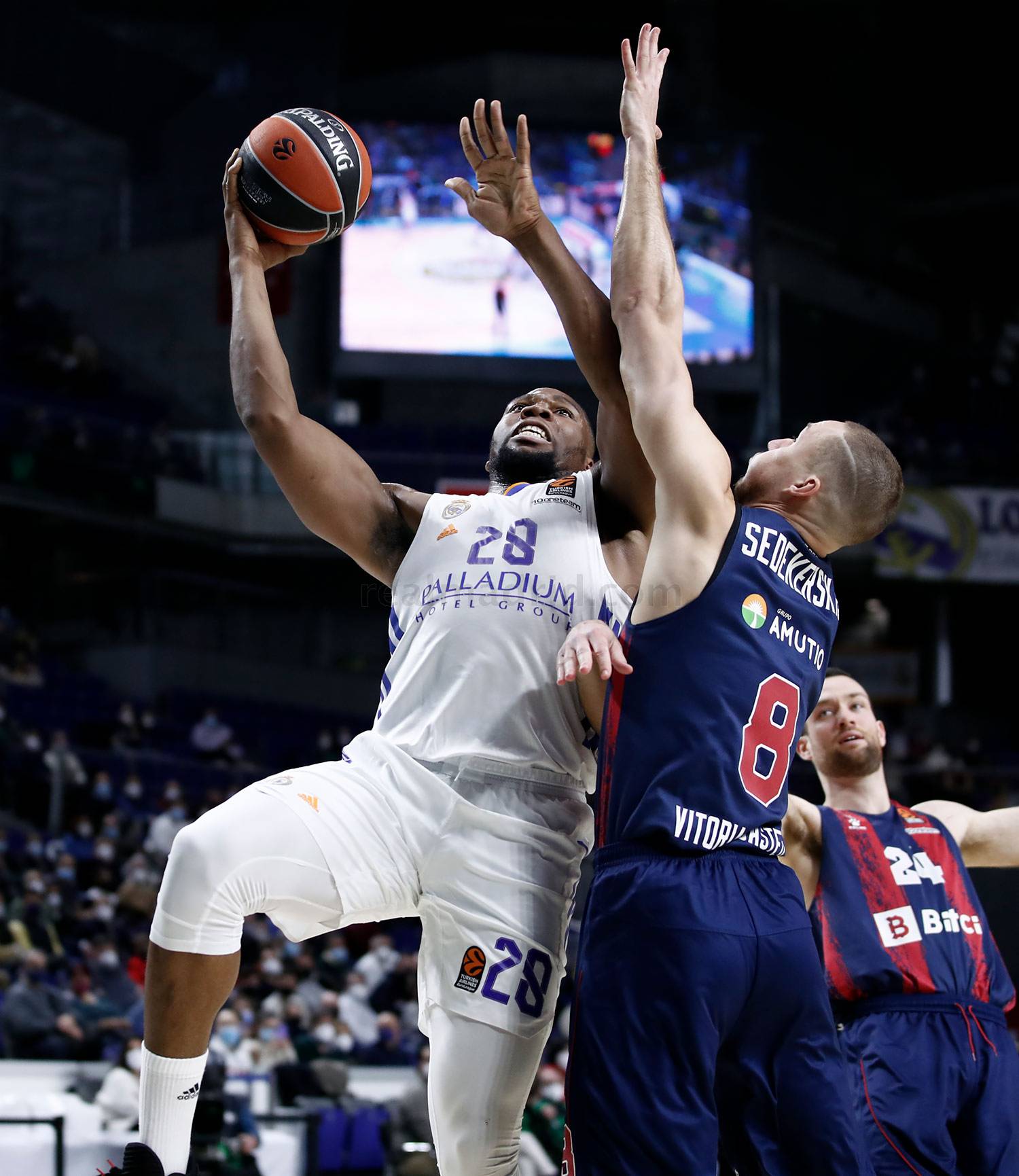 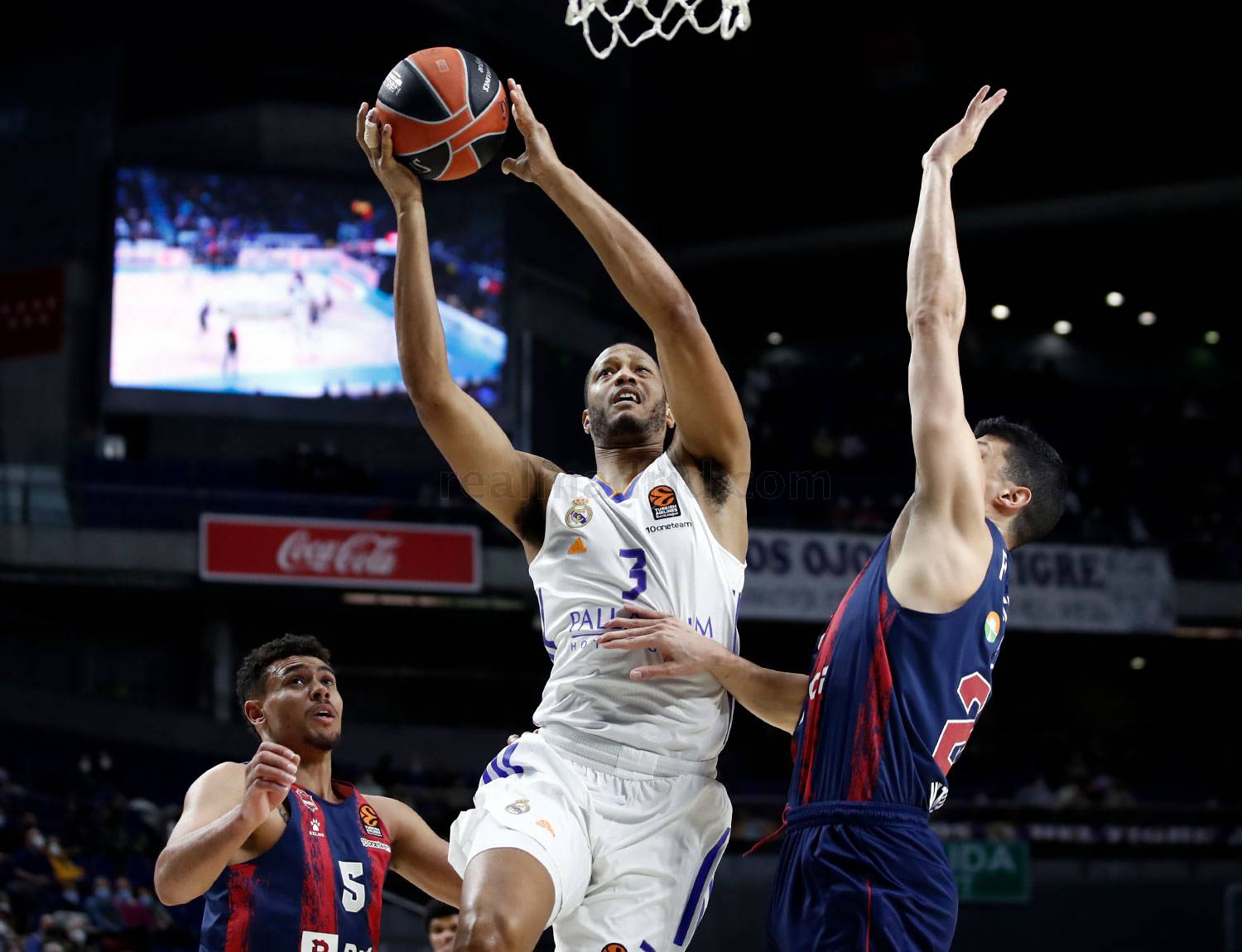 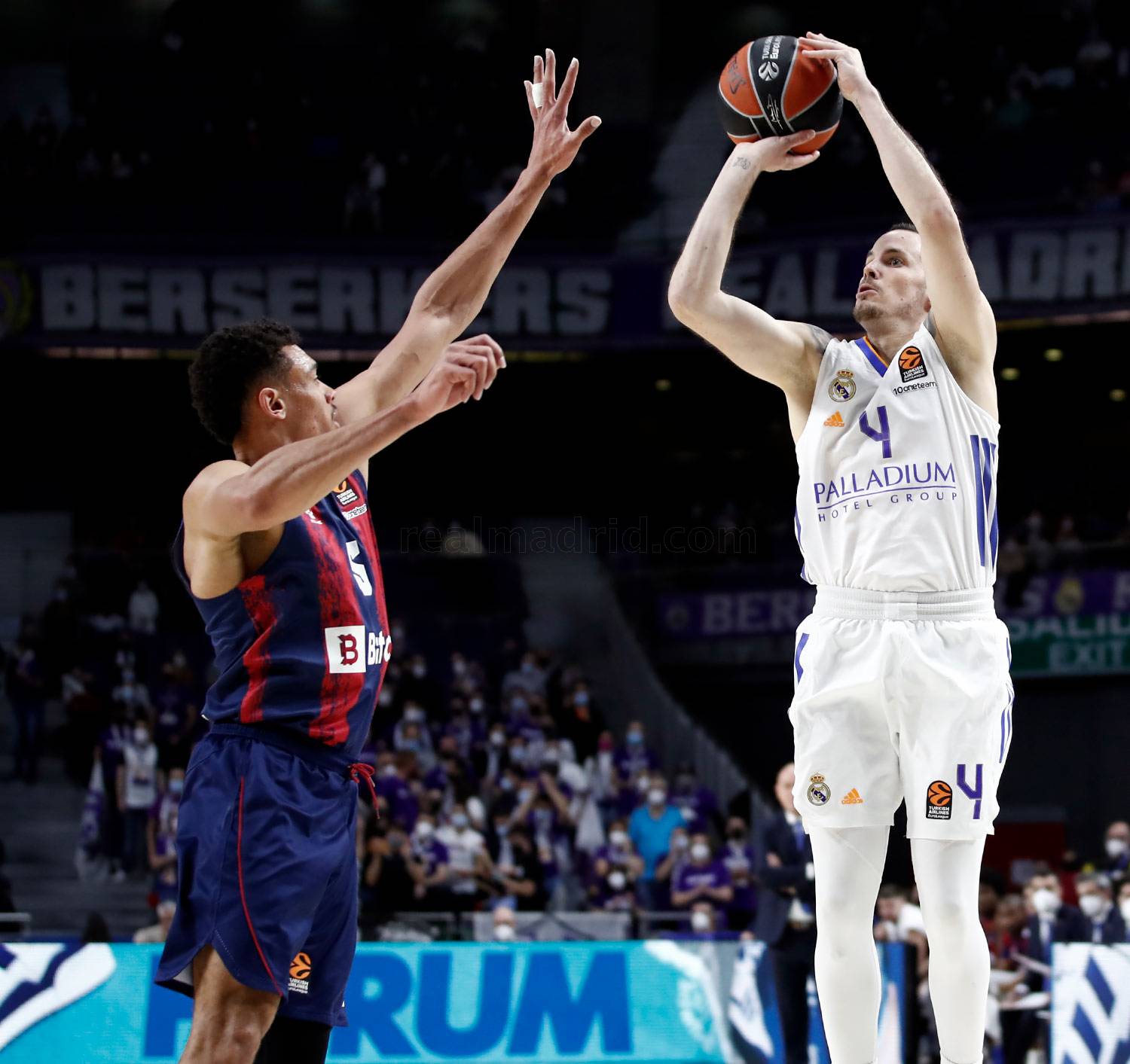 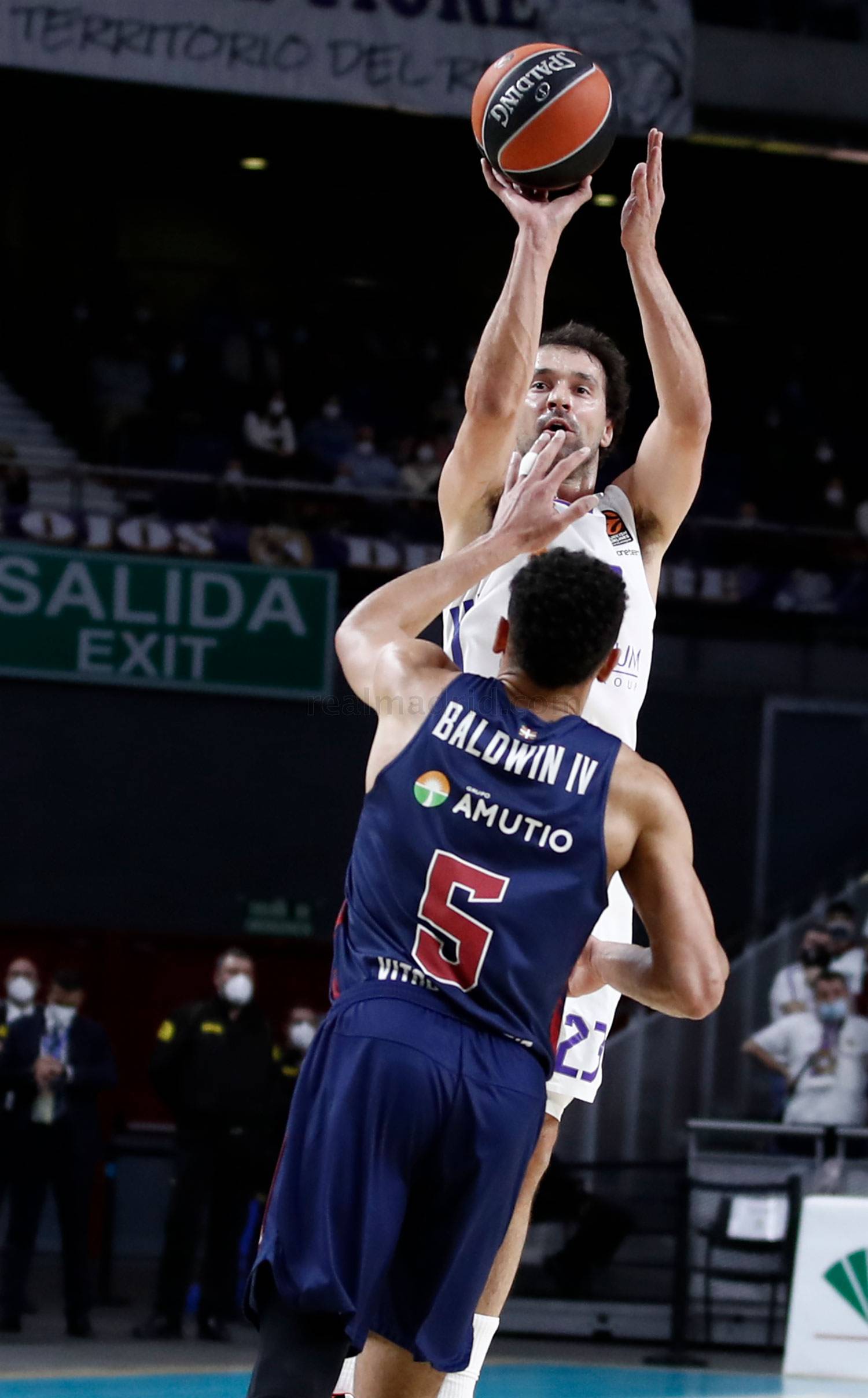 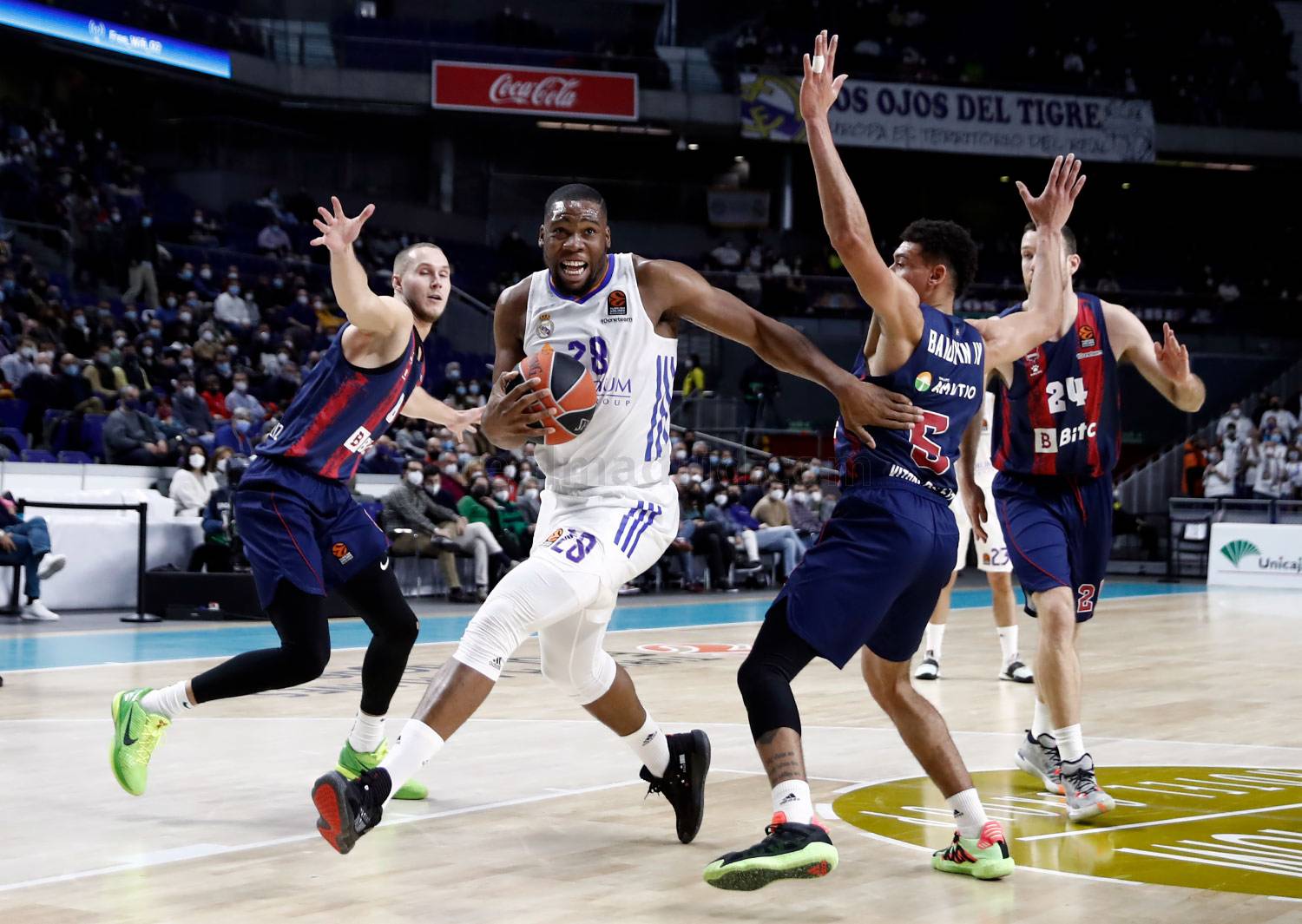 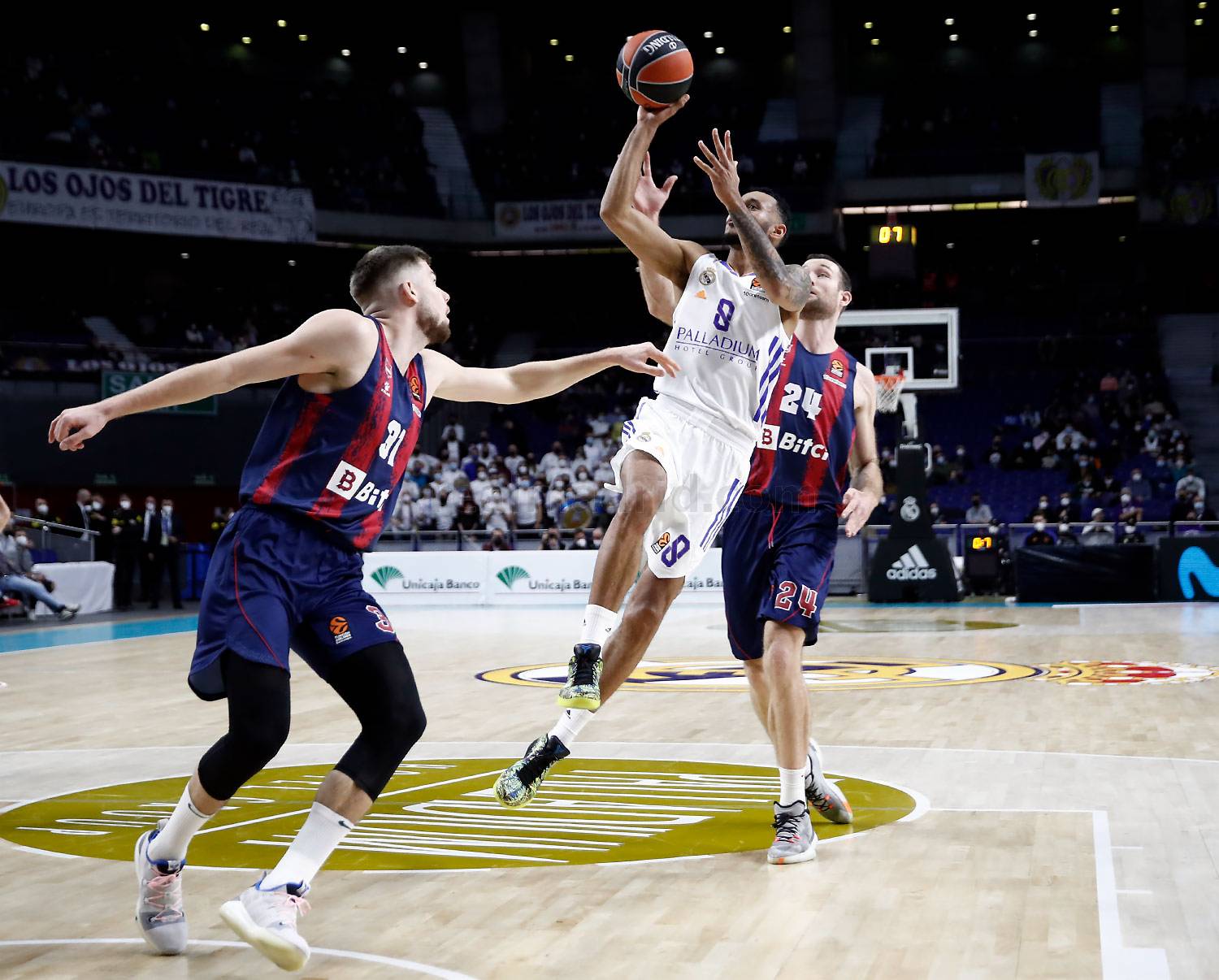 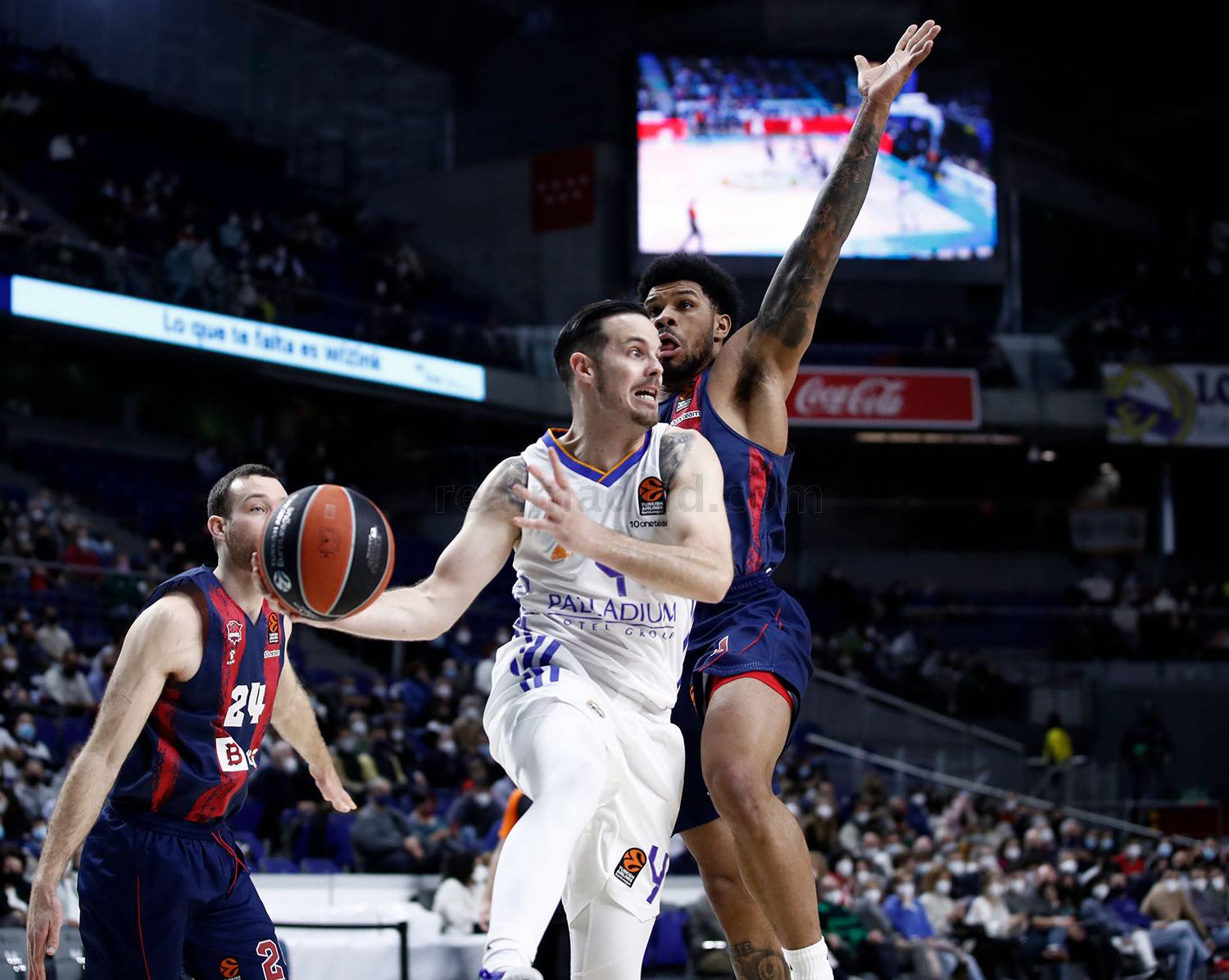 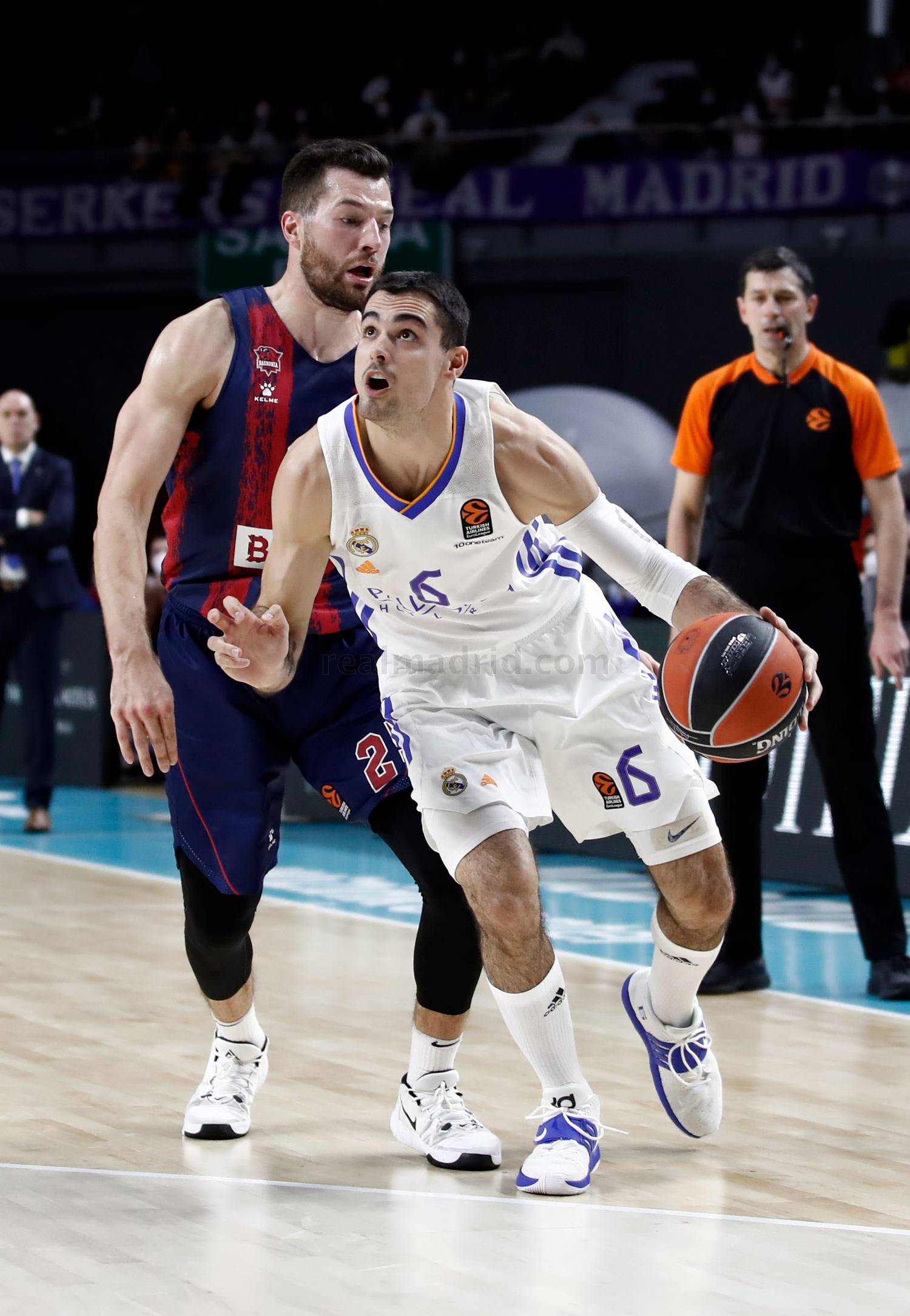 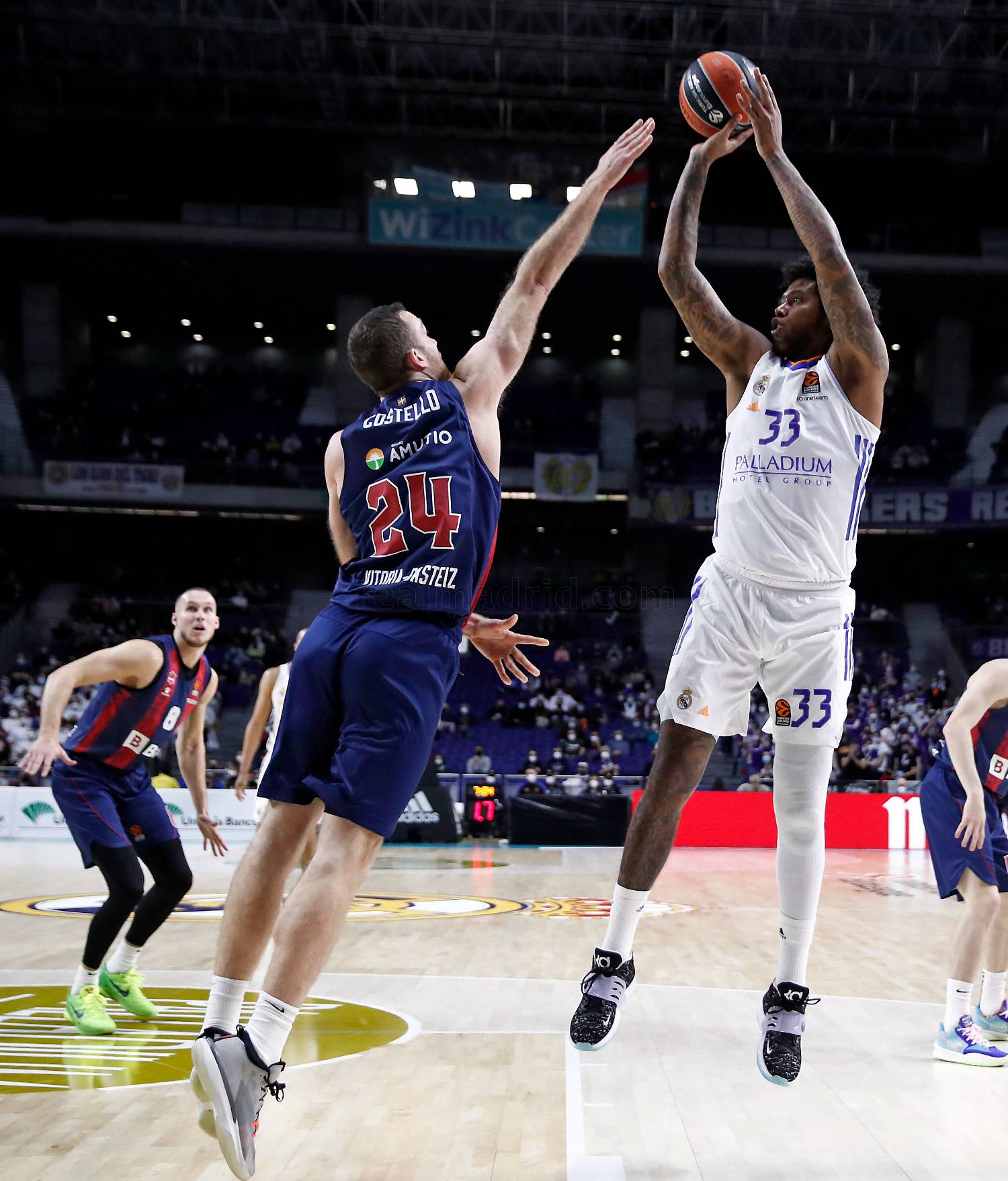