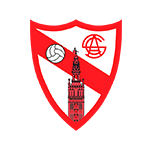 Morante was on target for the Madrid academy side on matchday 16 of the league campaign.

Miguel went close in the 5th minute for the visitors when his shot across goal skimmed the post in what was an evenly-balanced affair in the opening stages. Raúl’s side flung crosses into the penalty area but the home defence kept the madridistas at bay. On 34’, Arribas played in a fantastic cross for Morante to put Castilla a goal up before half-time.

After the re-start, Sevilla Atlético applied the pressure on the Whites’ defence, but failed to carve out any clear chances. But the hosts’ pressure paid off on 70’, when Pablo Pérez latched onto a loose ball off Luis López to equalise for the hosts. Ten minutes later, Arribas went close to giving Madrid the lead when his free-kick hit the side-netting. Castilla were reduced to ten men as Mario Martín saw red and went in search of a winner but the match finished in a draw.