Vini Jr. at the double as Madrid prevail in Elche 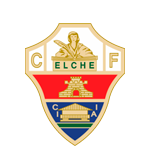 Real Madrid claimed all three points at the Martínez Valero in the LaLiga Matchday 12 encounter.

Real Madrid played their part in a fine, hard-fought contest at the Martínez Valero in which the Whites ultimately overcame Elche courtesy of a Vini Jr. brace. Despite the somewhat unusual kick-off time, the team still dominated the early exchanges, with Rodrygo twice testing Kiko Casilla with shots from range. The first of these, which came just two minutes in, was palmed away by the hosts’ goalkeeper, before the attacker tried his luck again on 15’, only to see his strike sail wide of the target. The Brazilian’s efforts in this move saw him forced off through injury, with Marco Asensio coming on in his place. Elche began to rise from their stupor and sought to capitalise on set pieces to launch balls into the box.

Thibaut Courtois then pulled off a fine one-handed save to keep out a Lucas Boyé piledriver, after which Madrid went up the other end and made the breakthrough. The game was 22 minutes old when Mojica made a mistake as he tried to bring the ball out of the back and a very quick reaction from the ever-alert Casemiro saw him play a first-time pass to Mariano, who flicked the ball into the path of the onrushing Vini Jr. and the Brazilian drove into the box, before unleashing a left-footed finish into the far corner to put Madrid in front. In the very next move, Mariano had the chance to double Madrid’s money when he rounded Casilla after being put clear through, but he contrived to fire the ball into the side netting from a very tight angle.

Video.1-2: Vini Jr. at the double as Madrid prevail in Elche

The hosts showed no let-up, though, and continued to look for a leveller before the break. With half-an-hour on the clock, Lucas Pérez’s scissor kick flew over the bar and eight minutes later, the Galician forward wasted his team’s best chance of the game, pulling his shot across goal after Pastore’s astute backheel had put him in a good position. The second half got underway much like the first, with our boys pinning the opposition back inside their box. Fran Escribá’s men did work their way out eventually, but Alaba and Militão were on hand to make sure Lucas Boyé was given no time or space. Raúl Guti was then given his marching orders with just over an hour gone and Ancelotti switched up his full-backs, bringing on both Carvajal and Mendy.

Vini completes his brace
The next chance of the game fell to Mariano, who stole in ahead of his marker to meet a Carvajal cross, but Casilla gathered his effort in nicely. With 72 minutes on the clock, the game was all but wrapped up following a swift one-touch move very similar to the once which yielded the opener. Kroos got the ball rolling, playing to Modrić, and the Croatian maestro threaded into space for the unstoppable Vini Jr. to dink the ball over the onrushing keeper with impeccable poise and make it 2-0 to the visitors. The hosts threw everything forward in response and on 86’, Pere Milla did cut the deficit. There was no time for any more though and Madrid clinch all three points before turning their attentions to their Champions League clash in midweek. 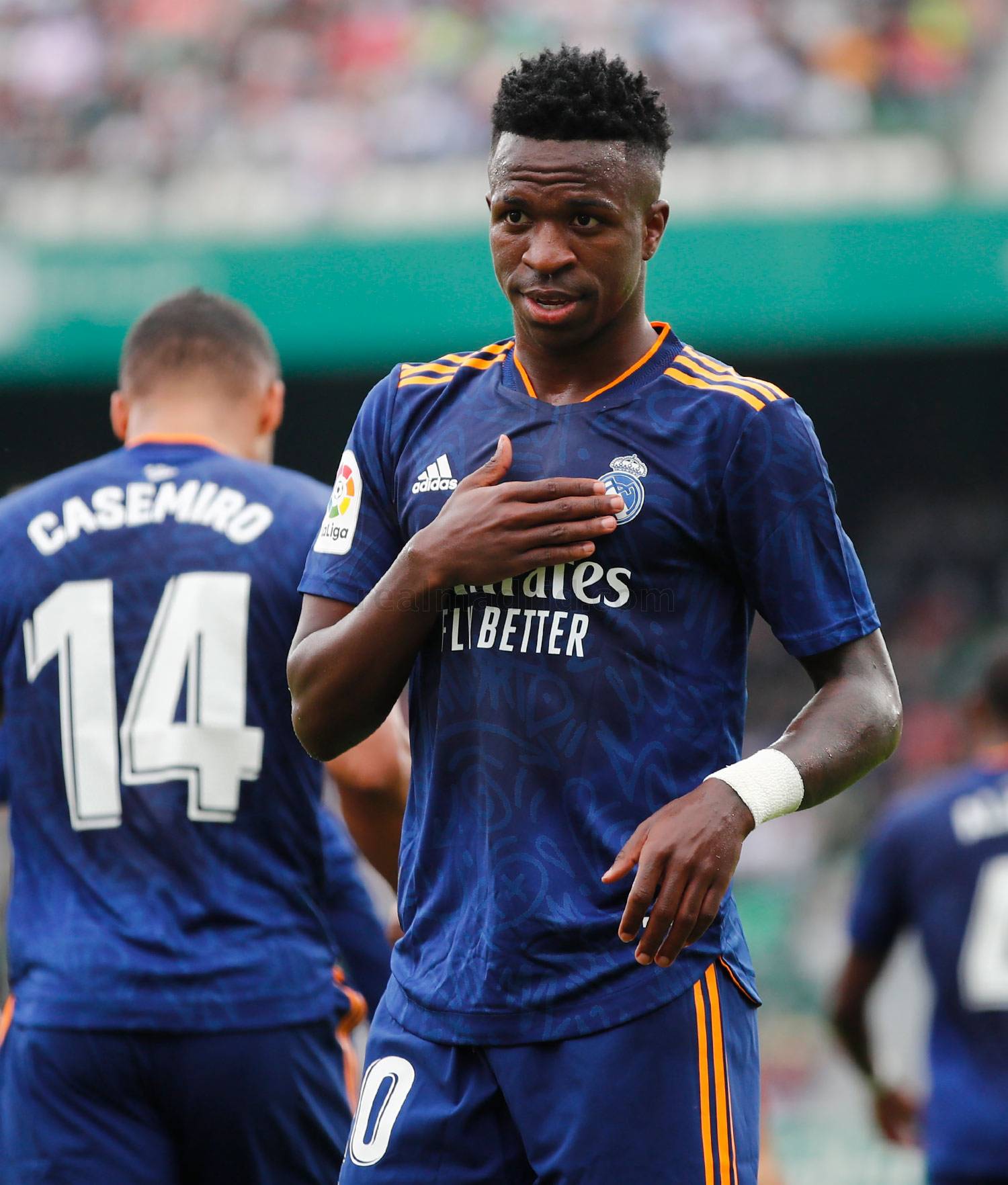 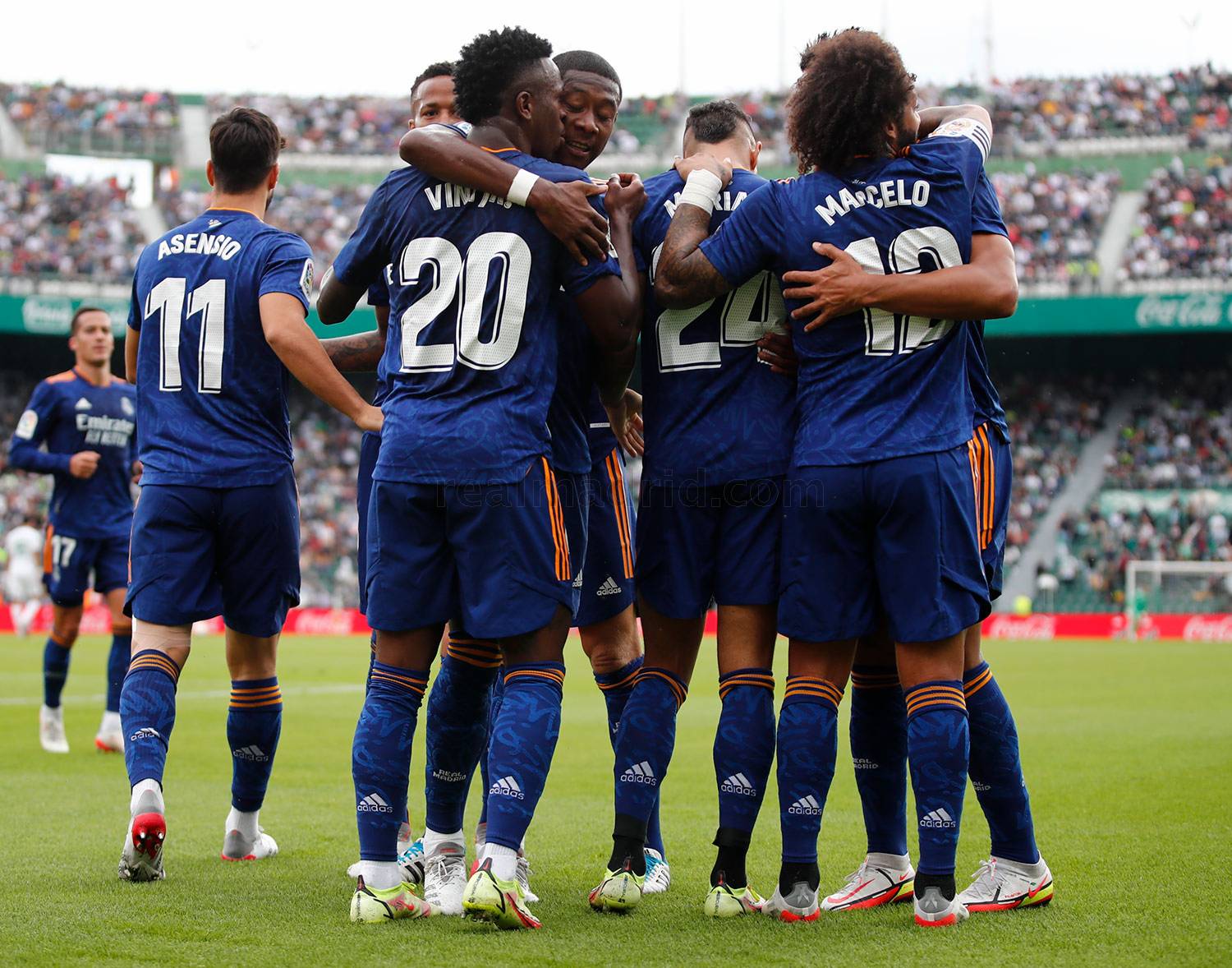 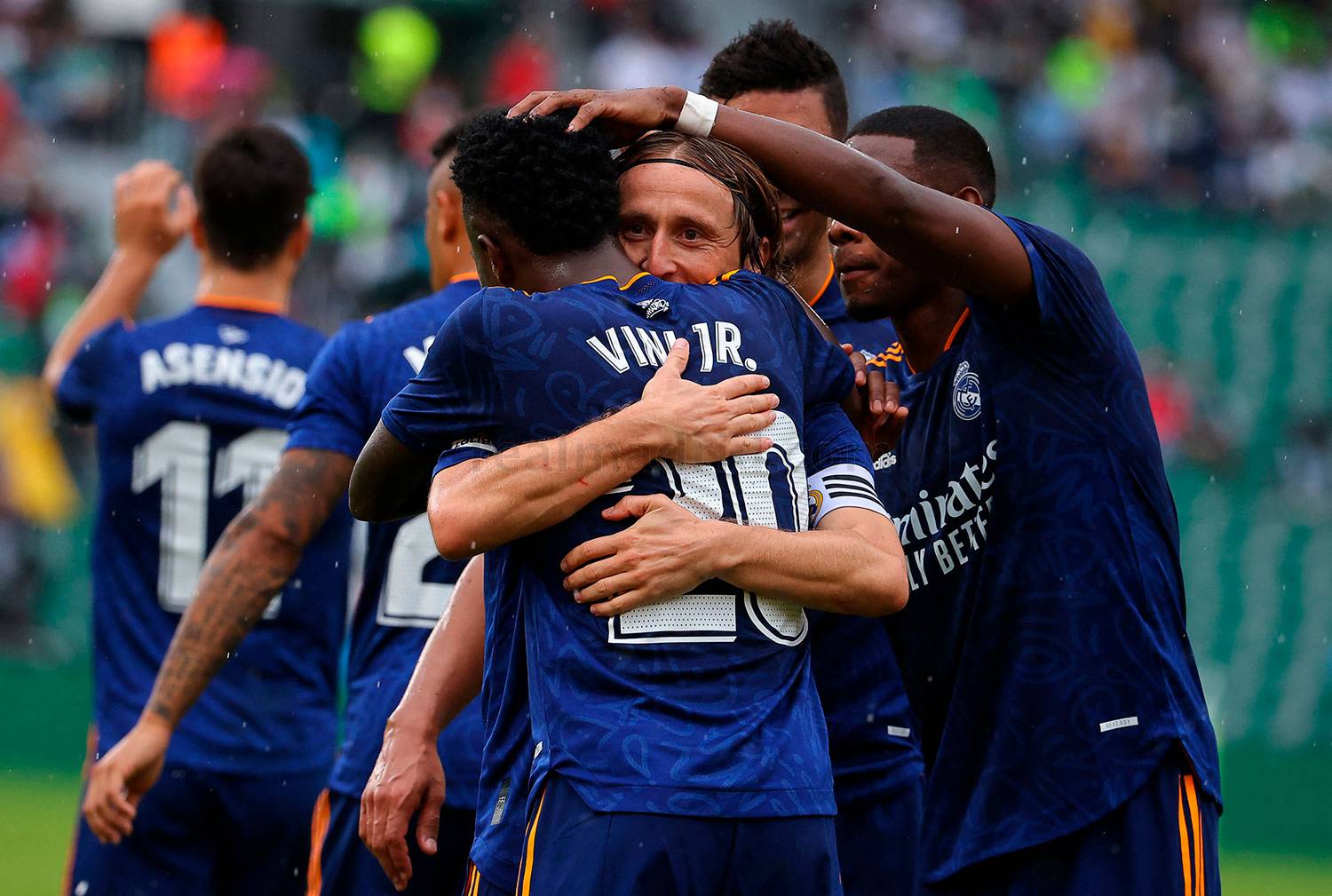 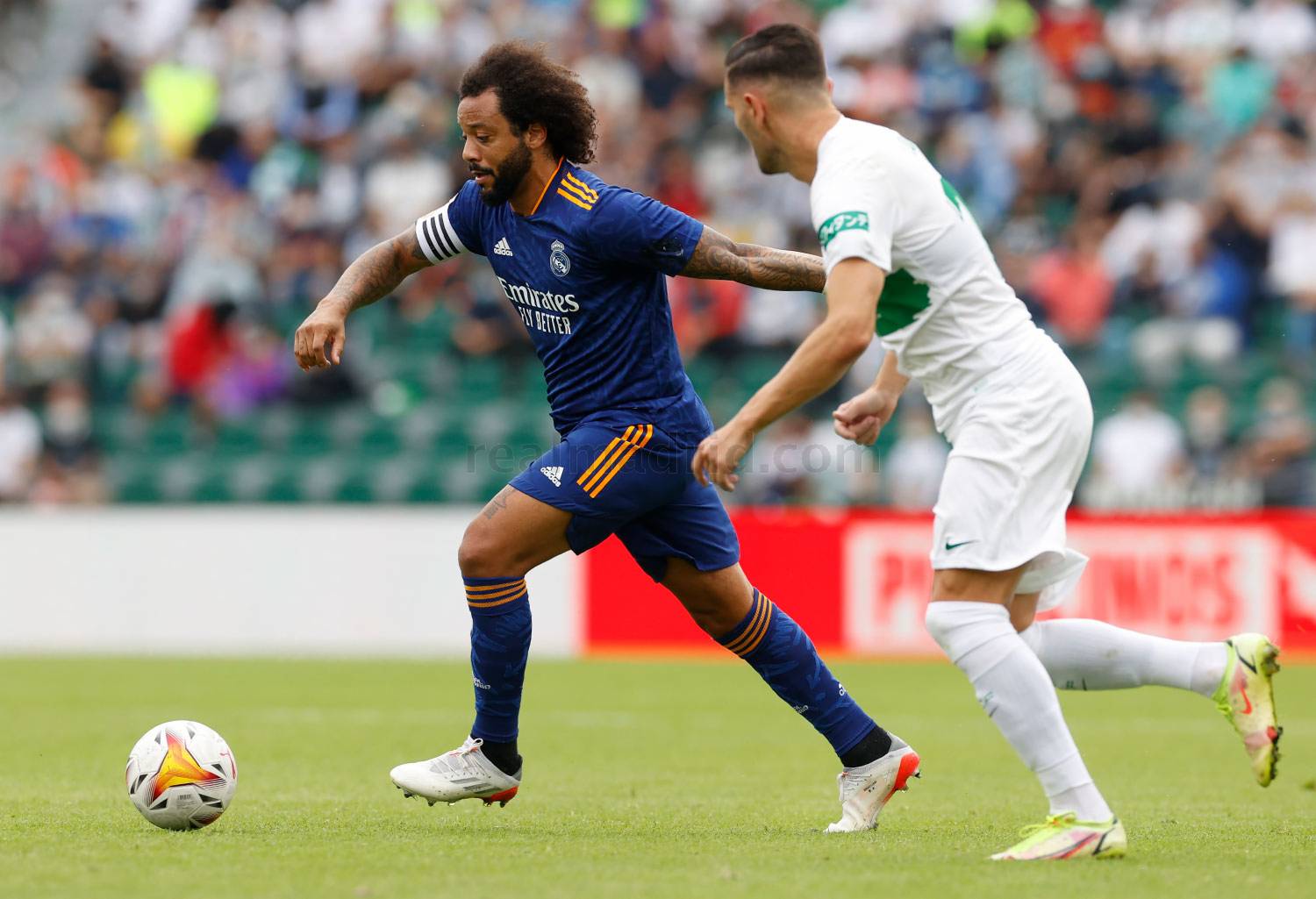 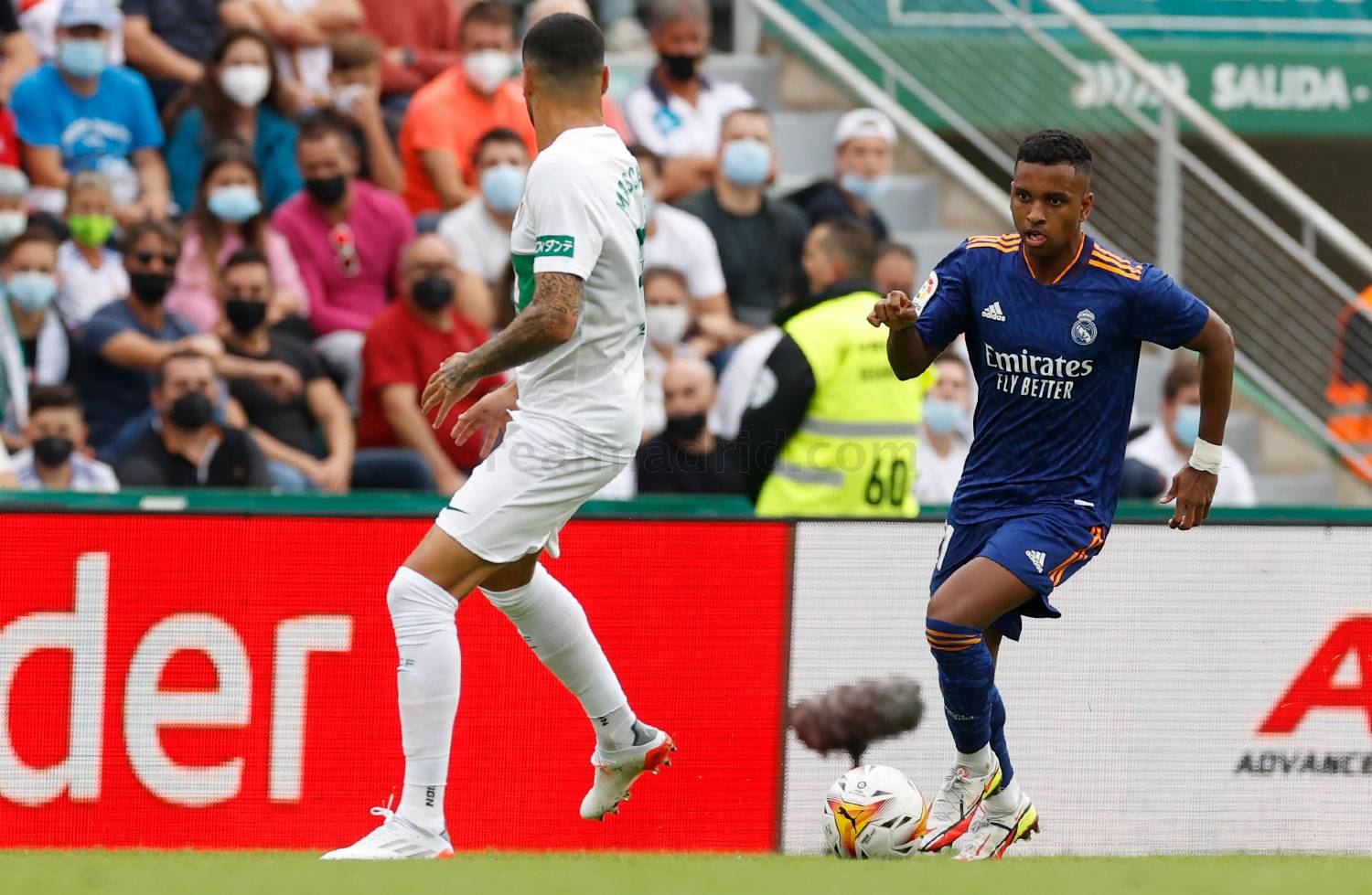 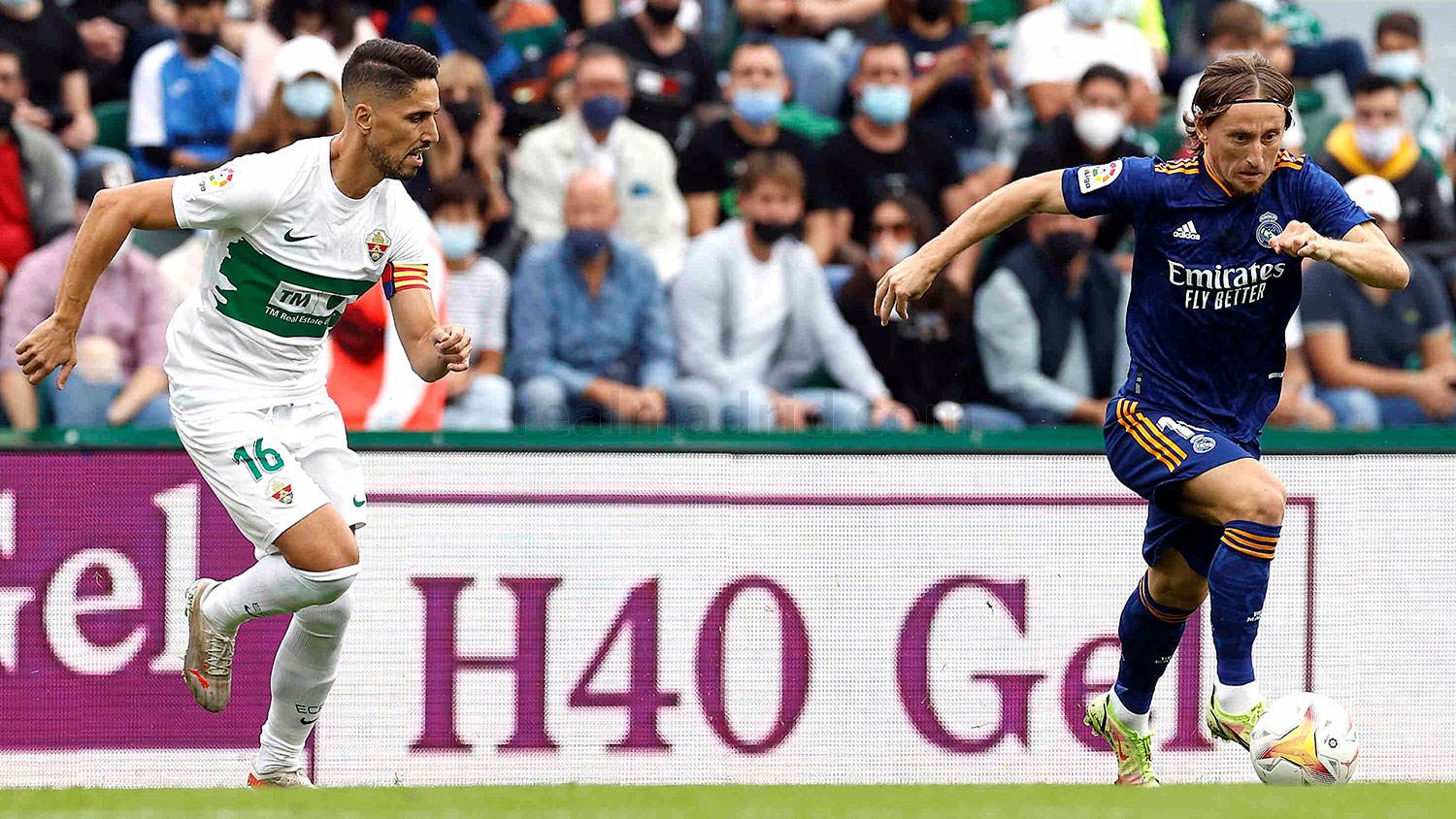 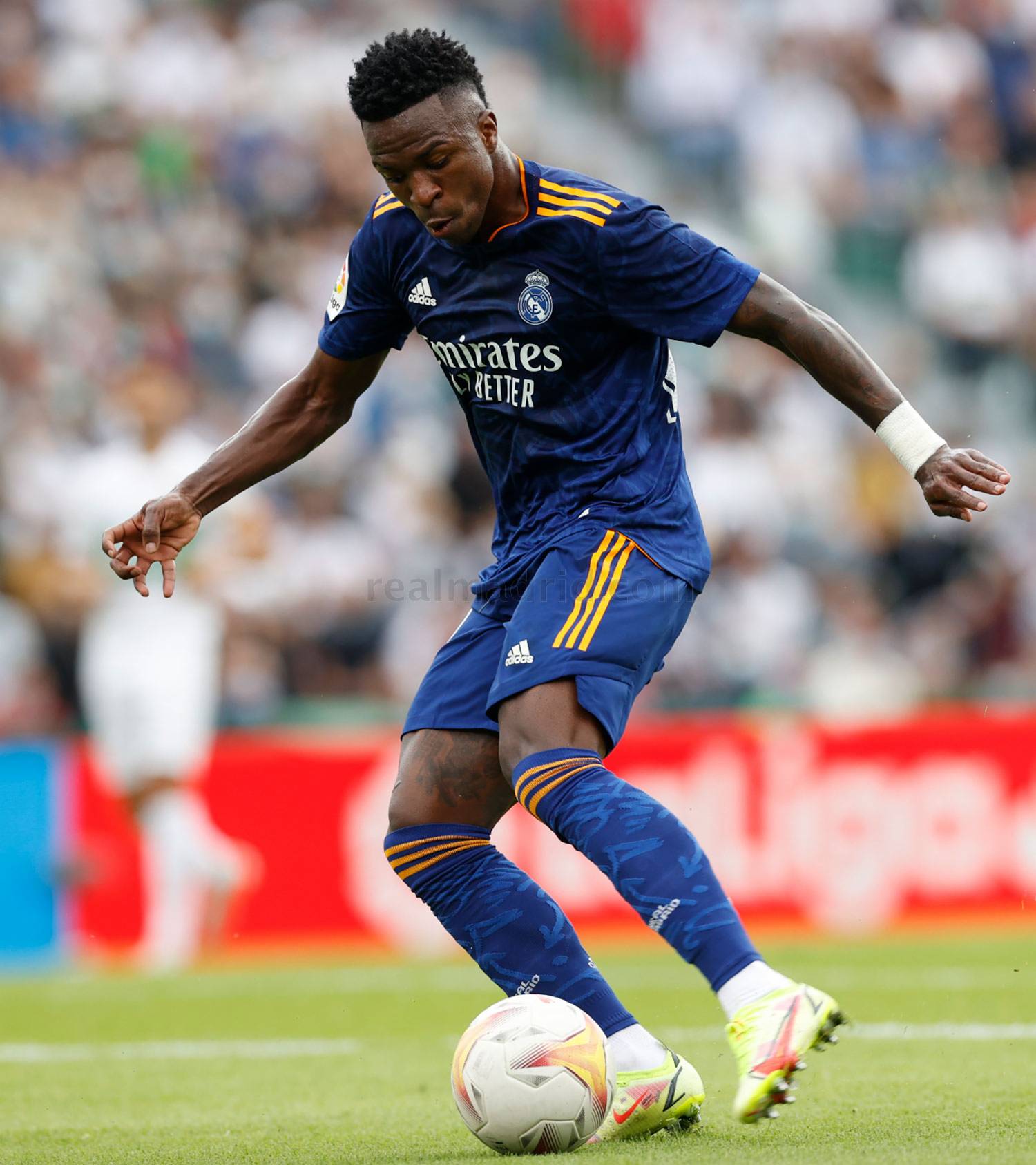 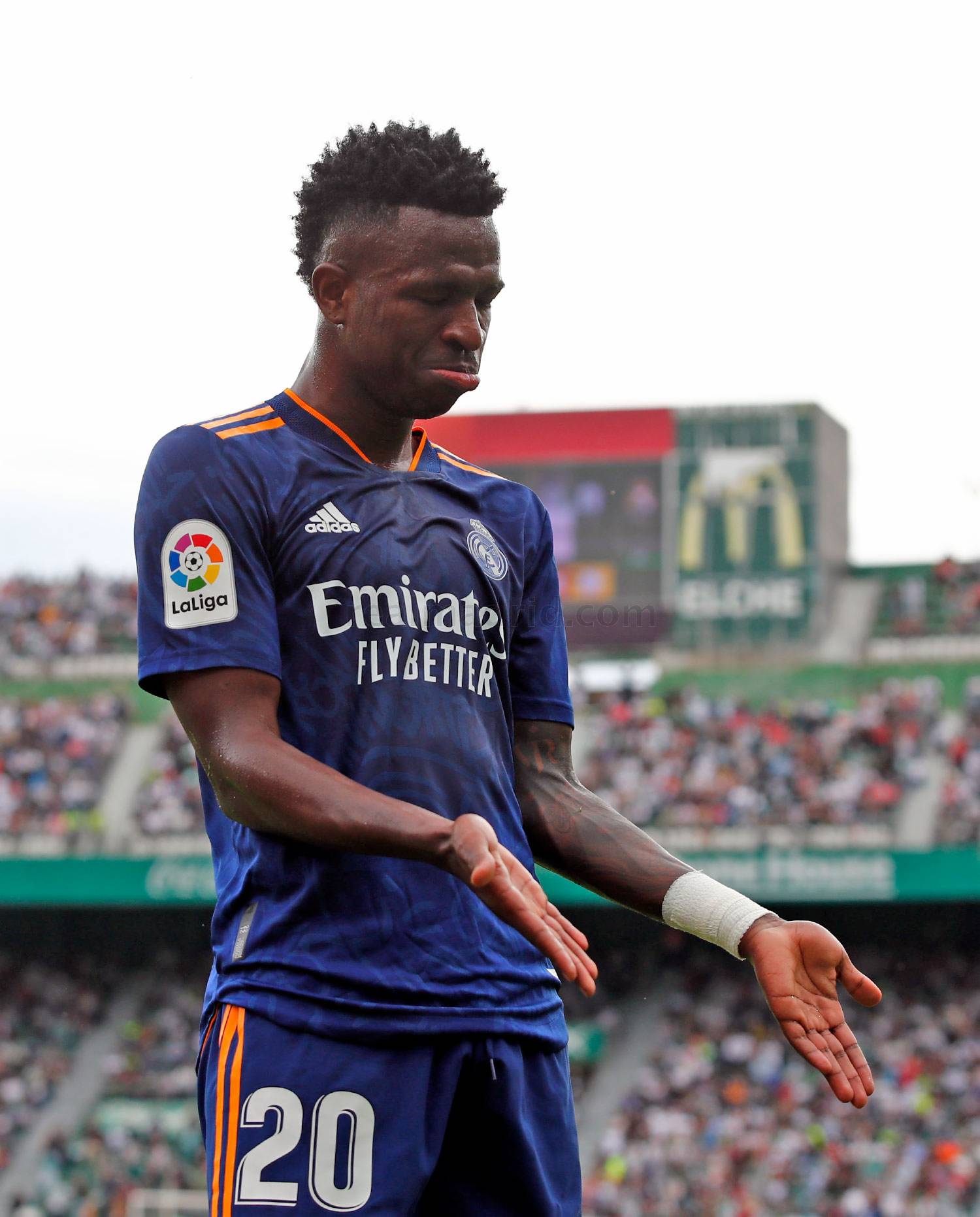 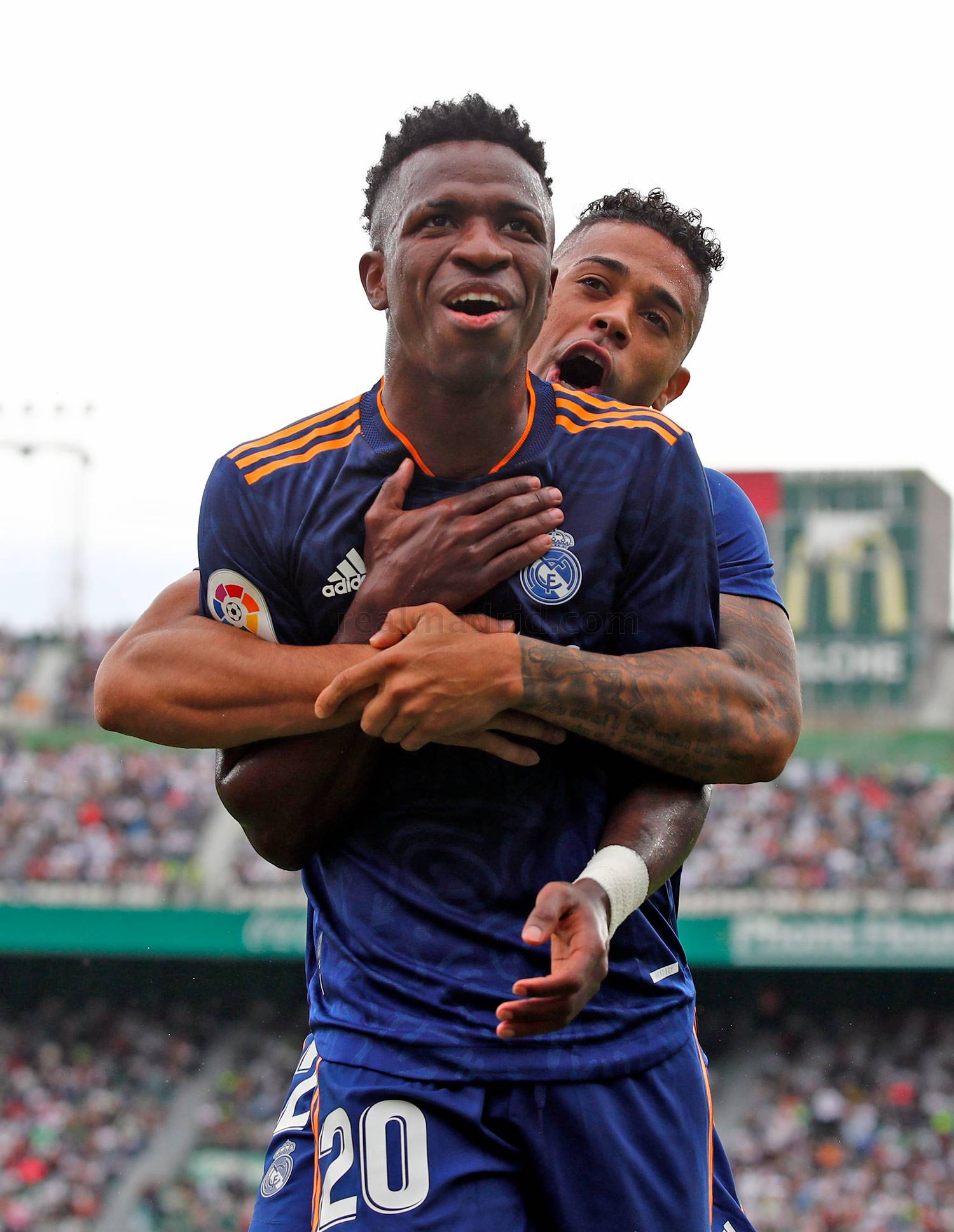 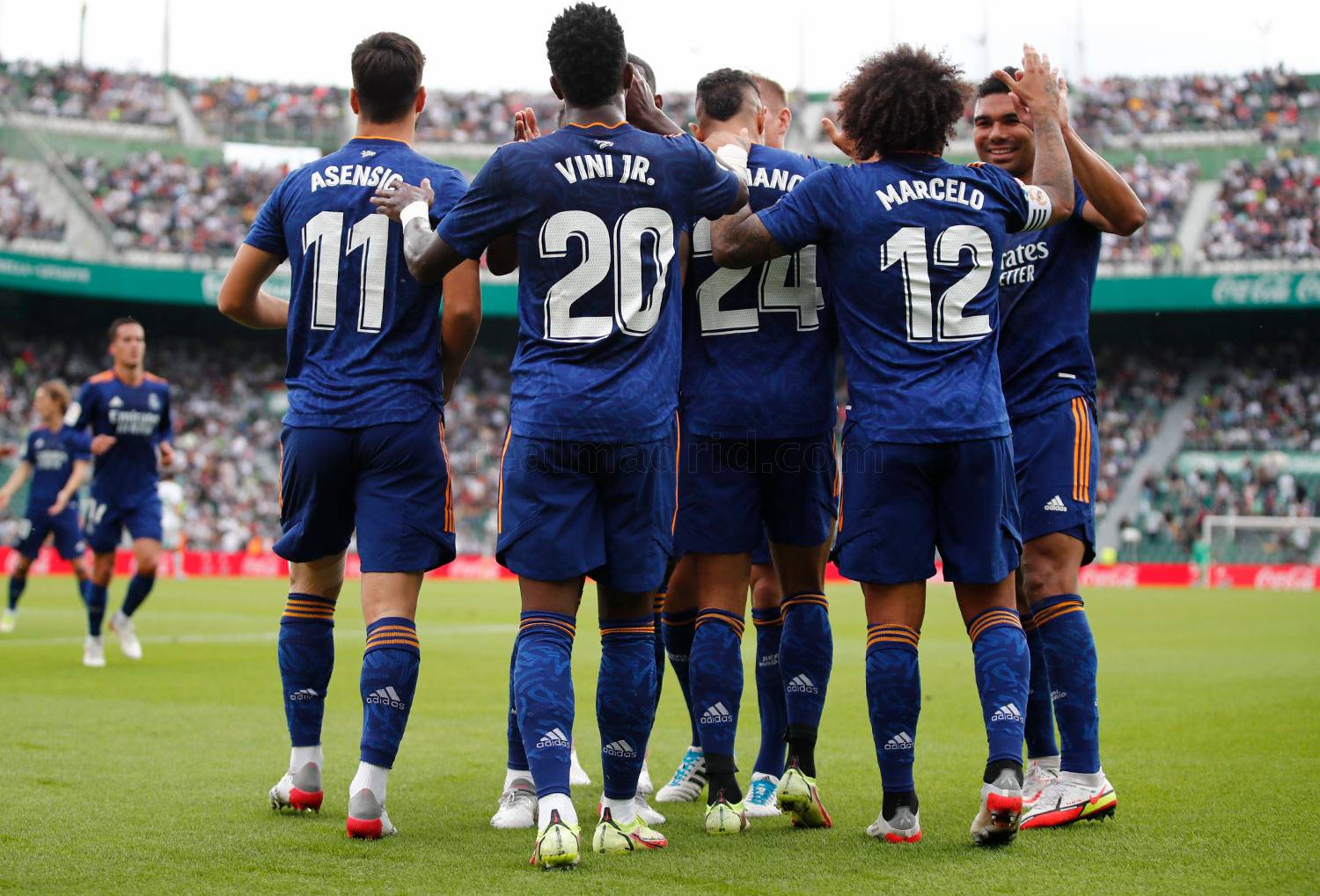 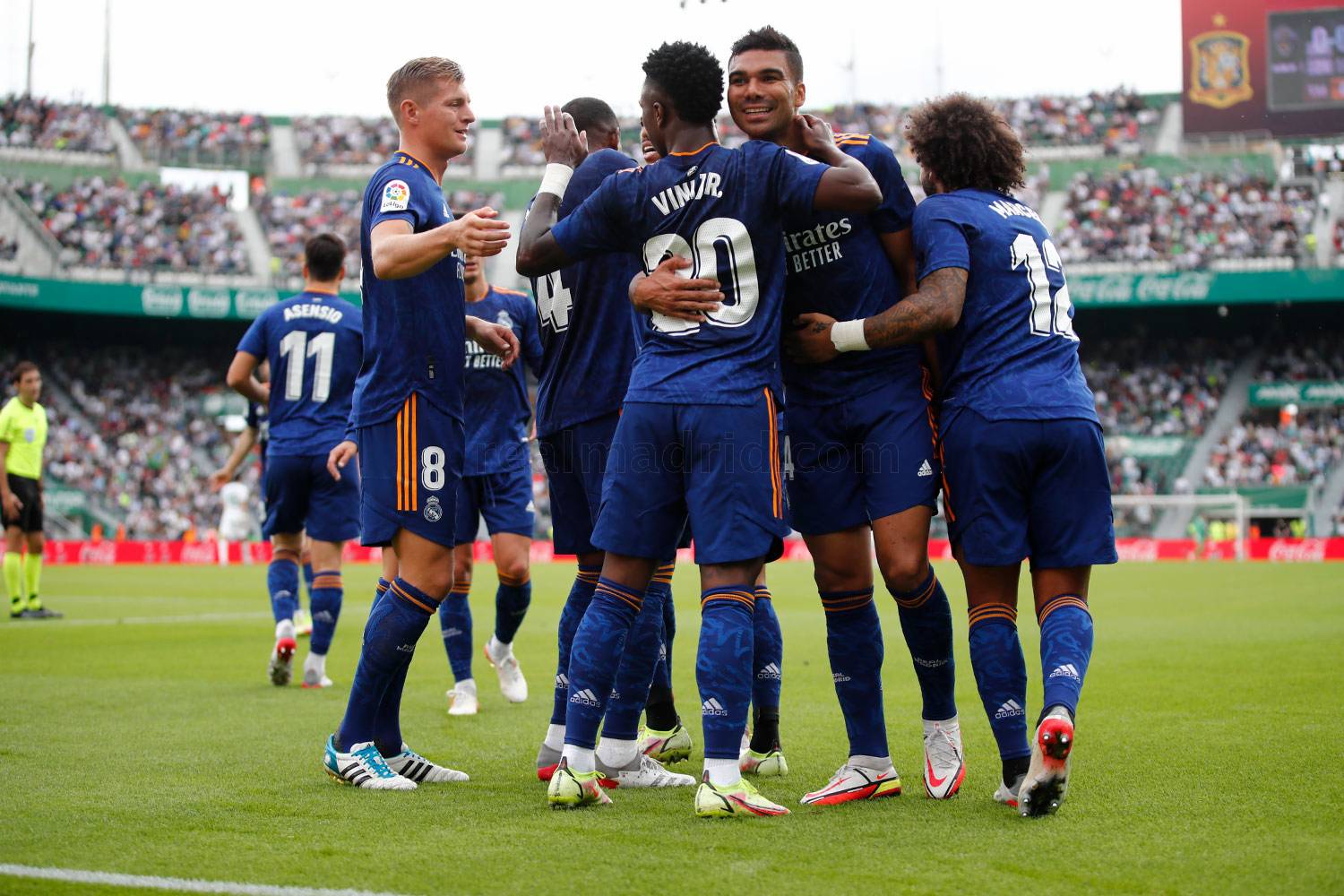 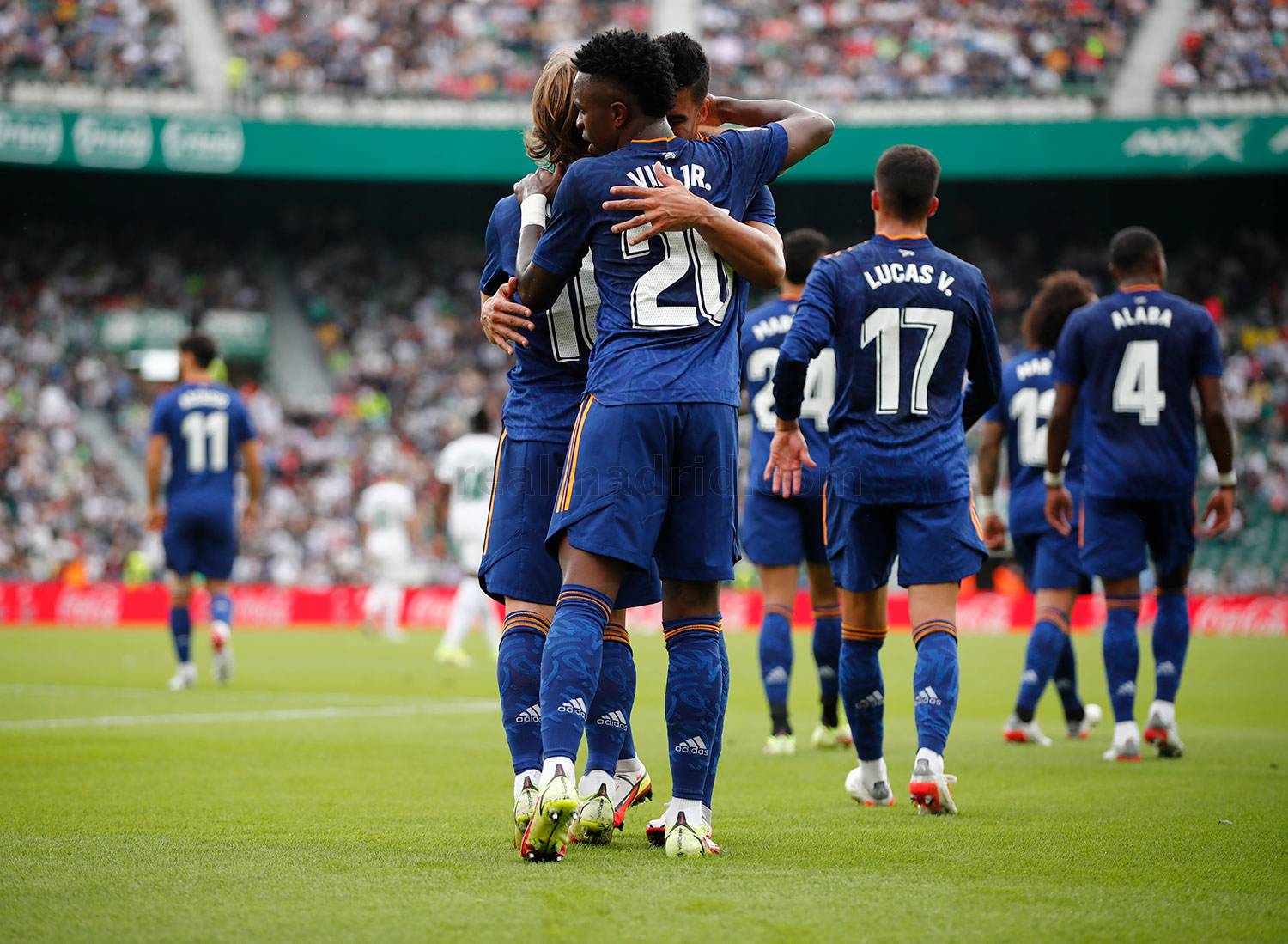 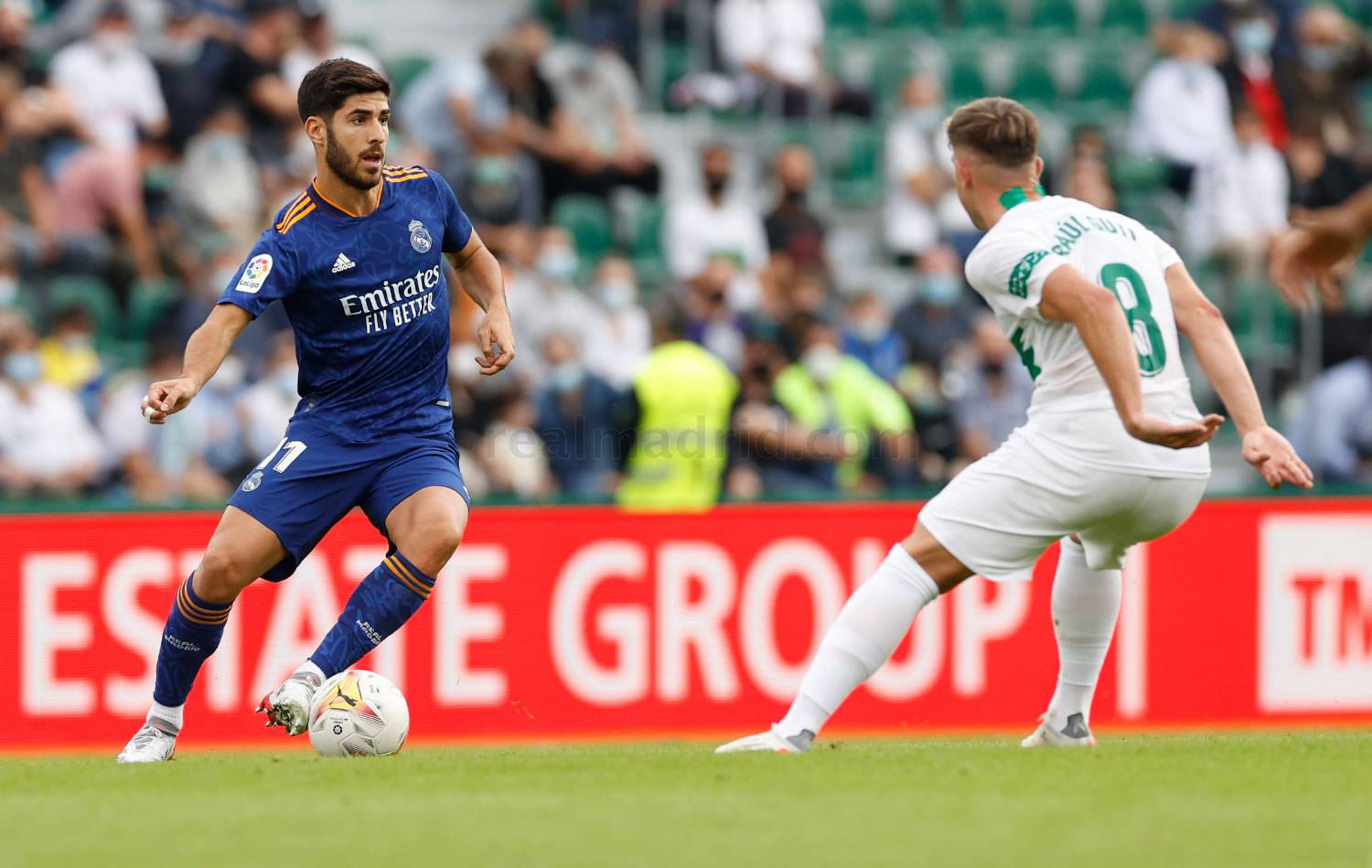 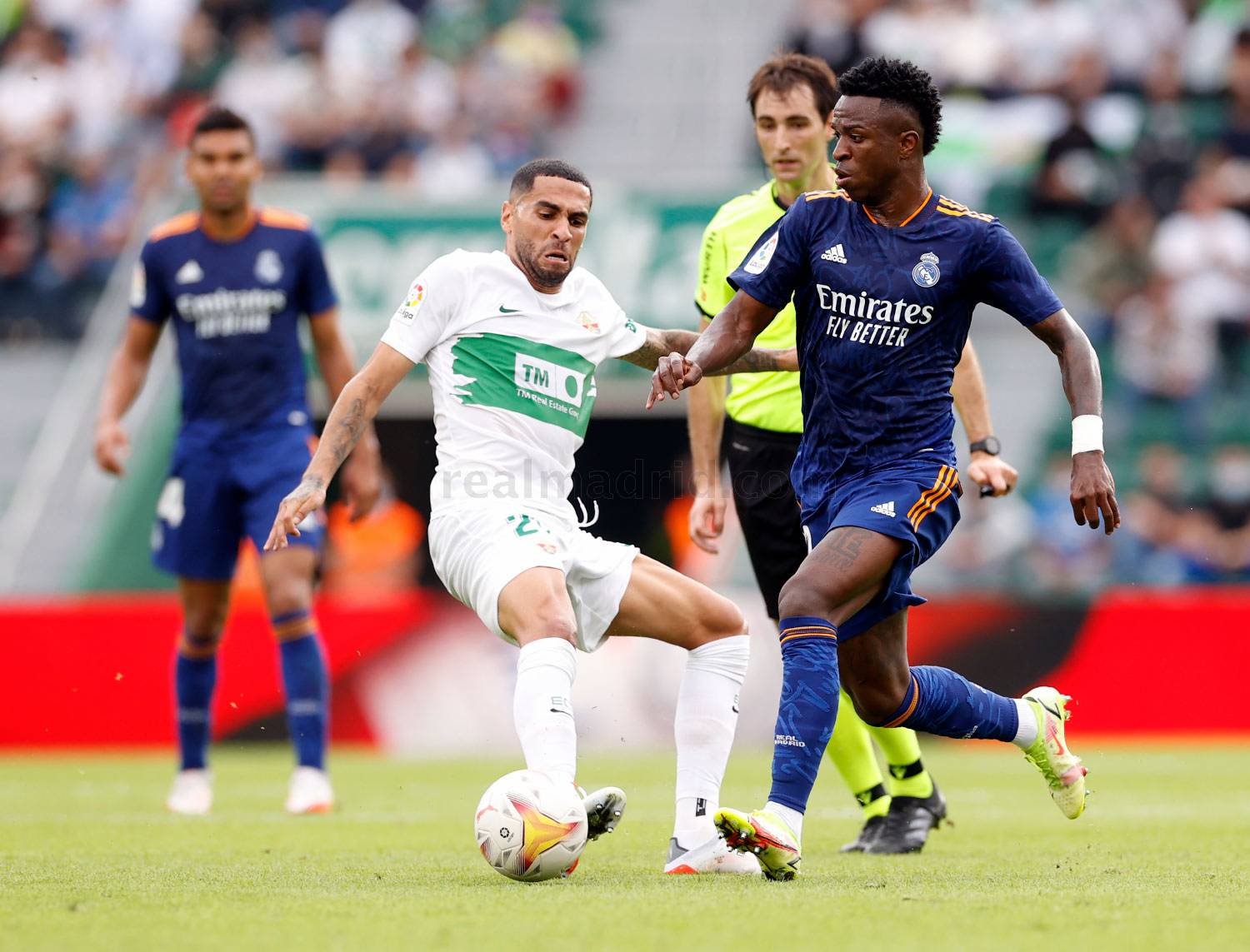 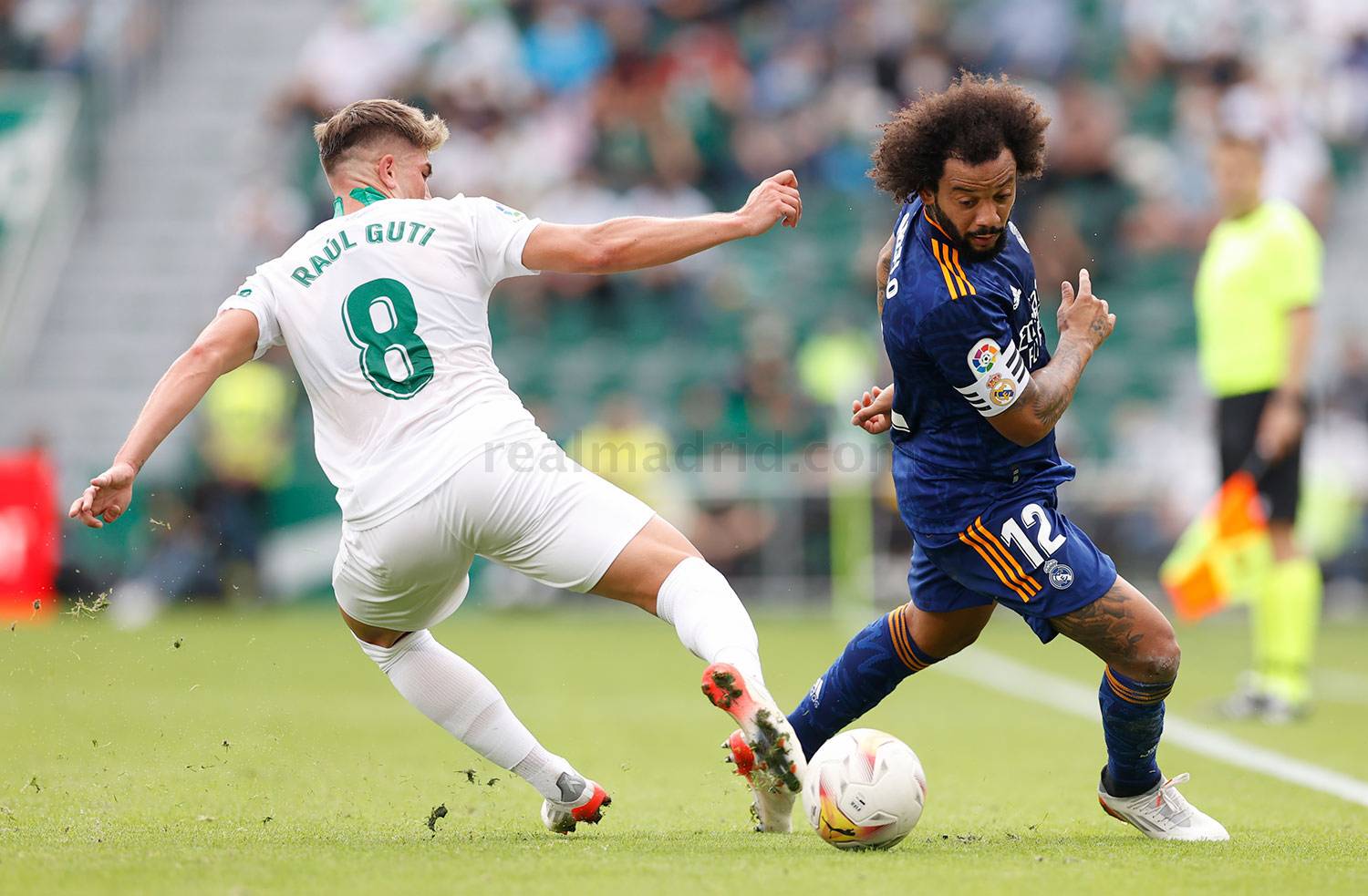 The Brazilian was once again the key man in the Real Madrid forward line, netting another brace at the Martínez Valero, his third of the campaign so far. He’s now hit nine goals in 14 appearances for the team this season.