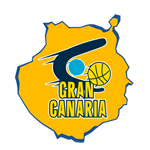 Real Madrid started strongly but faded in the game and could have won it right until the end.

Real Madrid were dealt their first league defeat of the season against Gran Canaria in a very tough clash which saw accuracy desert them at the key moments. The team started well but the opposition grew into the game to take a 10-point lead with five minutes left, which ultimately proved decisive despite Laso's men's efforts to the end. Tavares, who was returning to action following the birth of his child, was the team's standout man with 18 points, 13 rebounds and a PIR of 31.

Our team were well set up in defense and had some high shooting percentages, especially from the three-point line (4/5, with Yabusele hitting 2 from 2), which saw them take control of the game in the first quarter. A duel between Tavares (5 points) and Pustovyi (7) gave way to an 11-0 run for the madridistas, who raced to a +12 lead at 19-7 with 7 minutes gone.

Madrid hold off the islanders' onslaught
Gran Canaria grew into the game with the arrival of Kramer, Albicy and Diop as Madrid were struggling, their accuracy having deserted them and mistakes creeping in. The visitors made the most of this to turn the game around halfway through the second quarter, at 26-27. With Williams-Goss and Llull out with injury, Laso turned to academy graduate Juan Núñez, who responded with a super spell to make it 35 each before the break.

Madrid continued to lack a spark in offense and the opposition deserve credit for slowing the pace of the game and not allowing them to recover as Pustovyi and Albicy stepped it up once more. Laso's boys did their best to shackle them without losing their heads. Abalde and Tavares delivered the play of the game with a no-look pass and dunk from the center, and were key in ensuring Gran Canaria didn't run away with the game in the third quarter. They posted 14 of the madridistas' 17 points in the period between them (52-53).

Madrid came close to the comeback
The game became even more difficult for Real Madrid when Ennis hit 8 successive points to take his team to a 1-12 run. Our team were 10 behind with 5-and-a-half minutes to go, at 59-69 but never stopped believing in the win. Their faith and Tavares' superb efforts in the offensive rebound, alongside triples for Rudy and Abalde, took the game to a tie at 69 with almost two minutes left. The following attacks yielded a few shots from the three-point line that just wouldn't go in, before Slaughter's triple for Gran Canaria did find the basket and ultimately clinched victory (70-75, min. 40). Now it's time to move on ahead of a four-game run on the road over the next ten days. 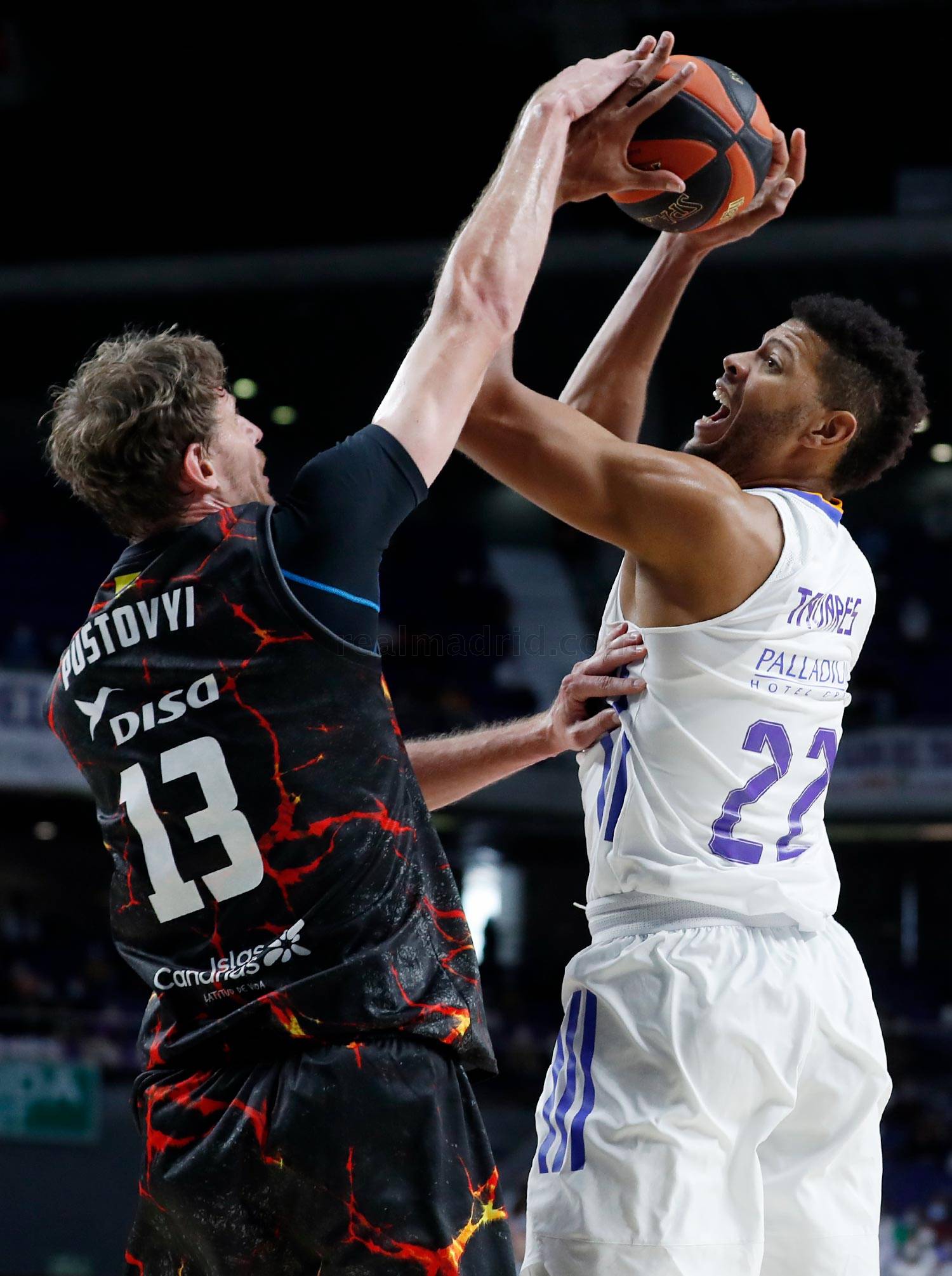 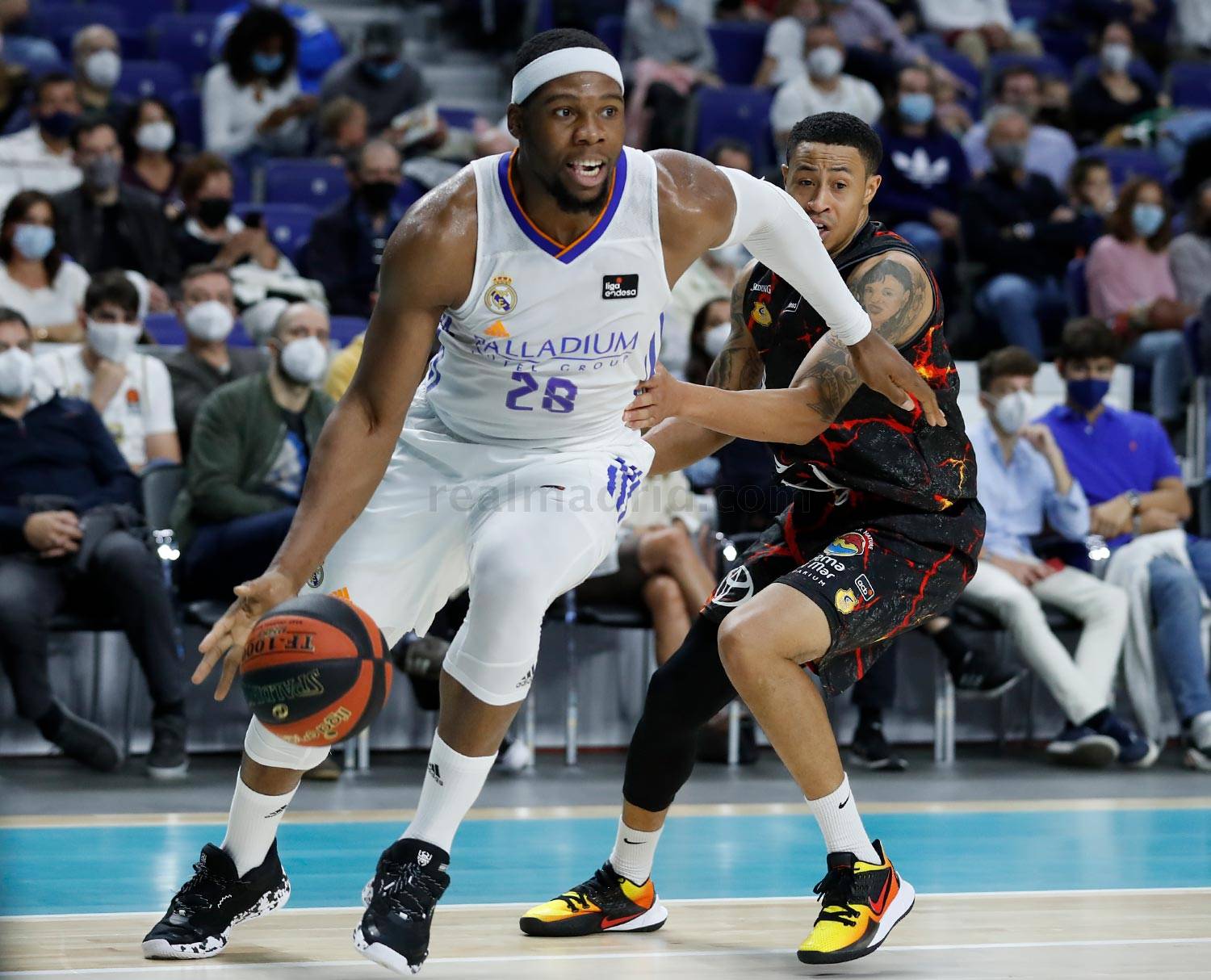 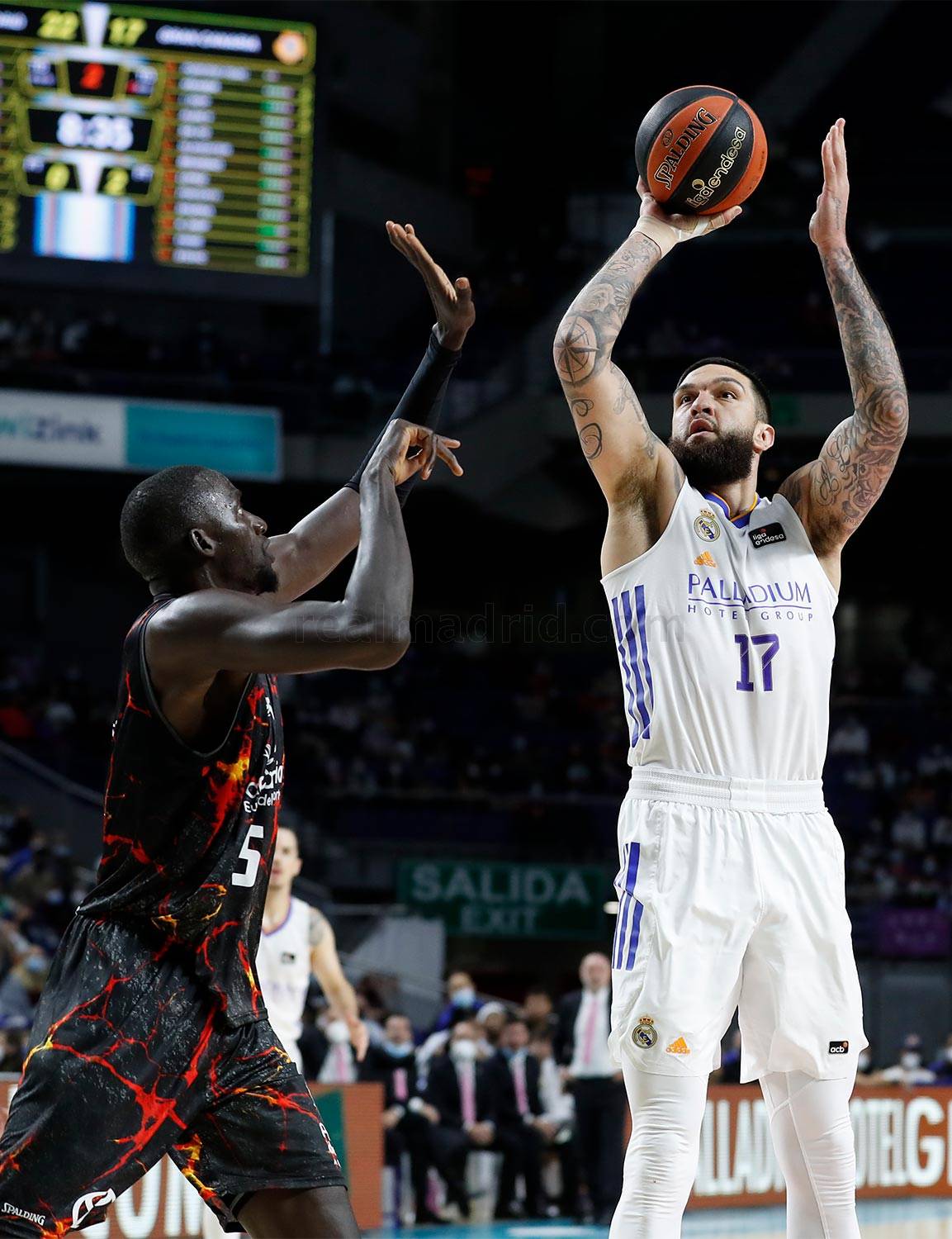 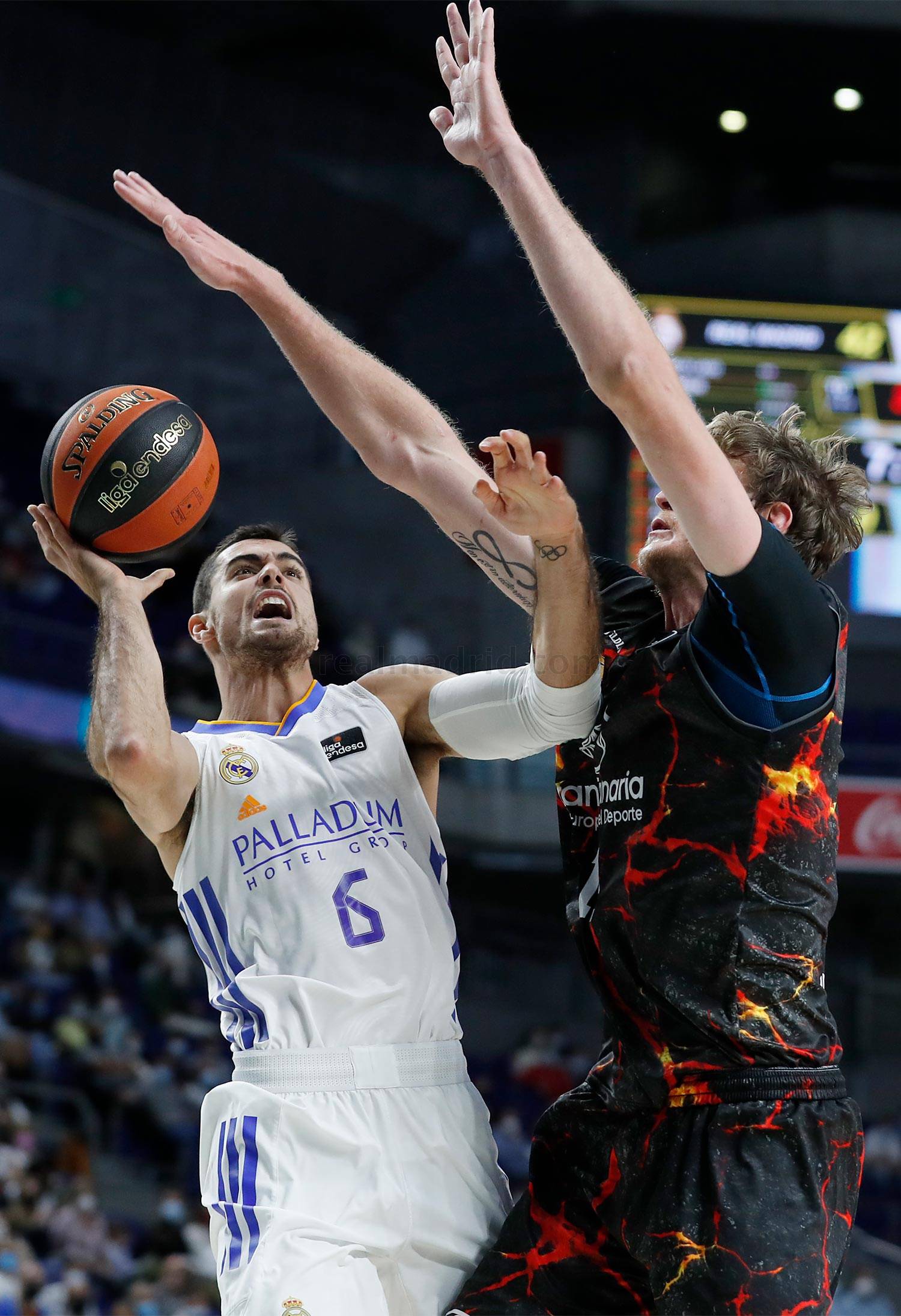 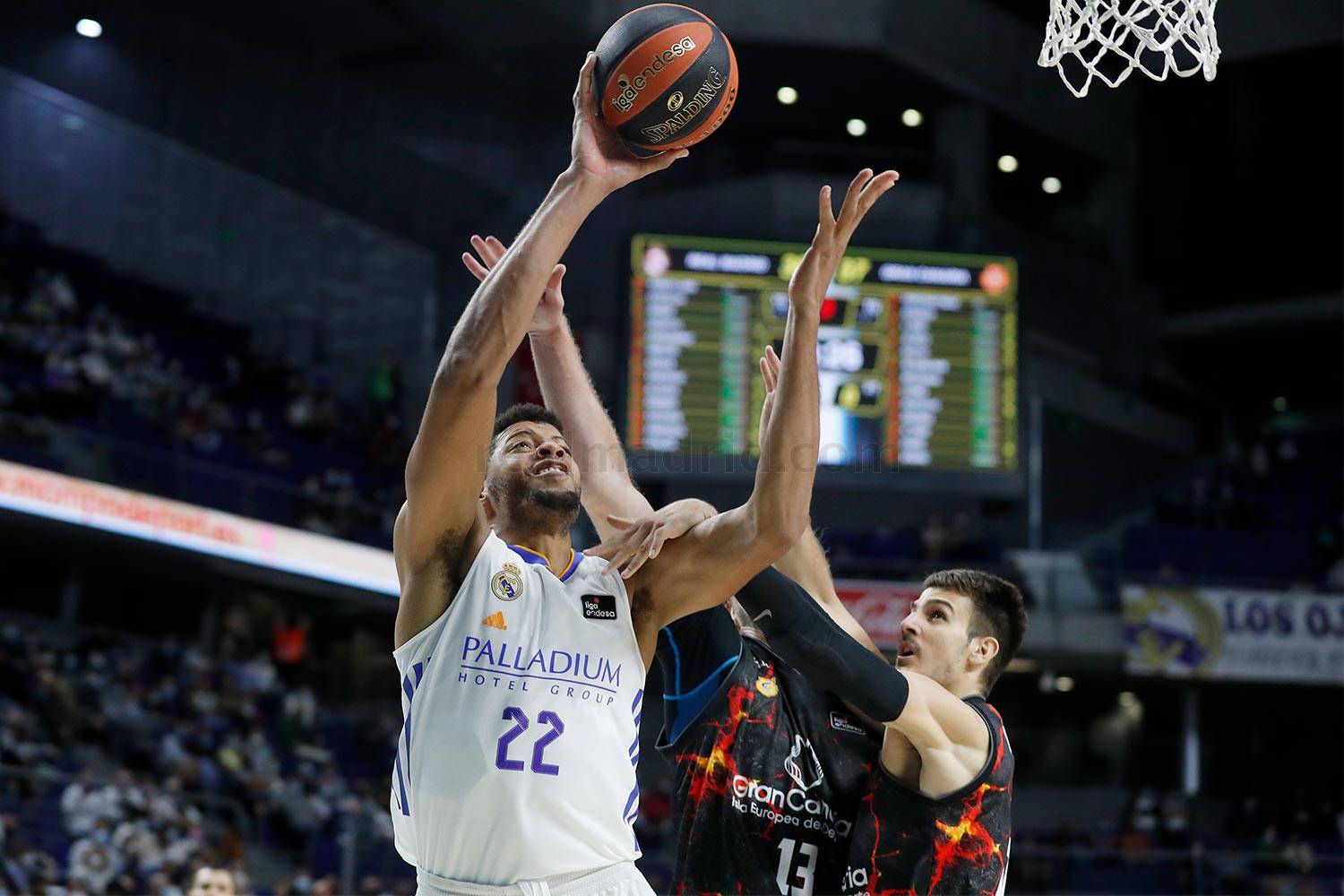 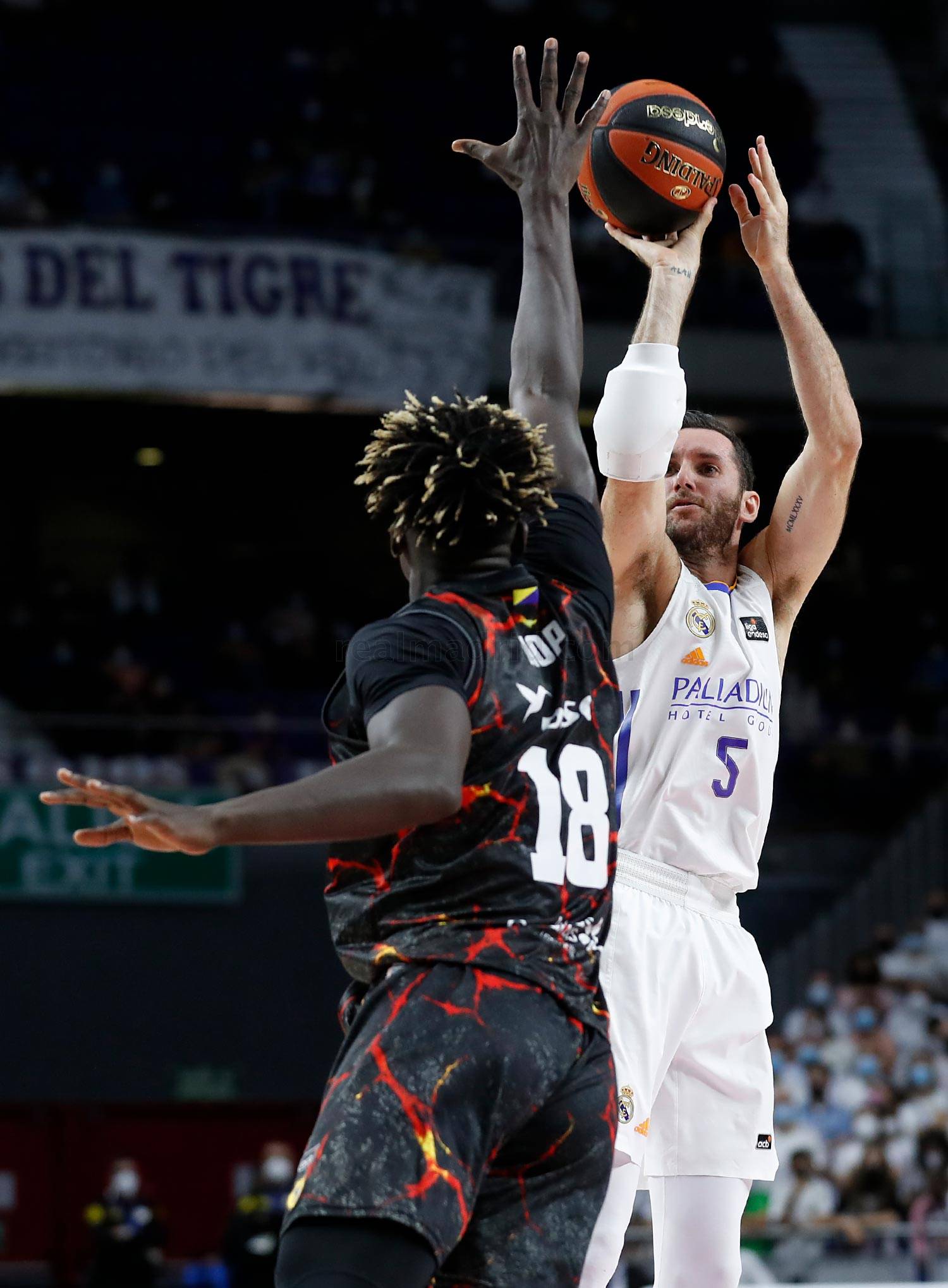 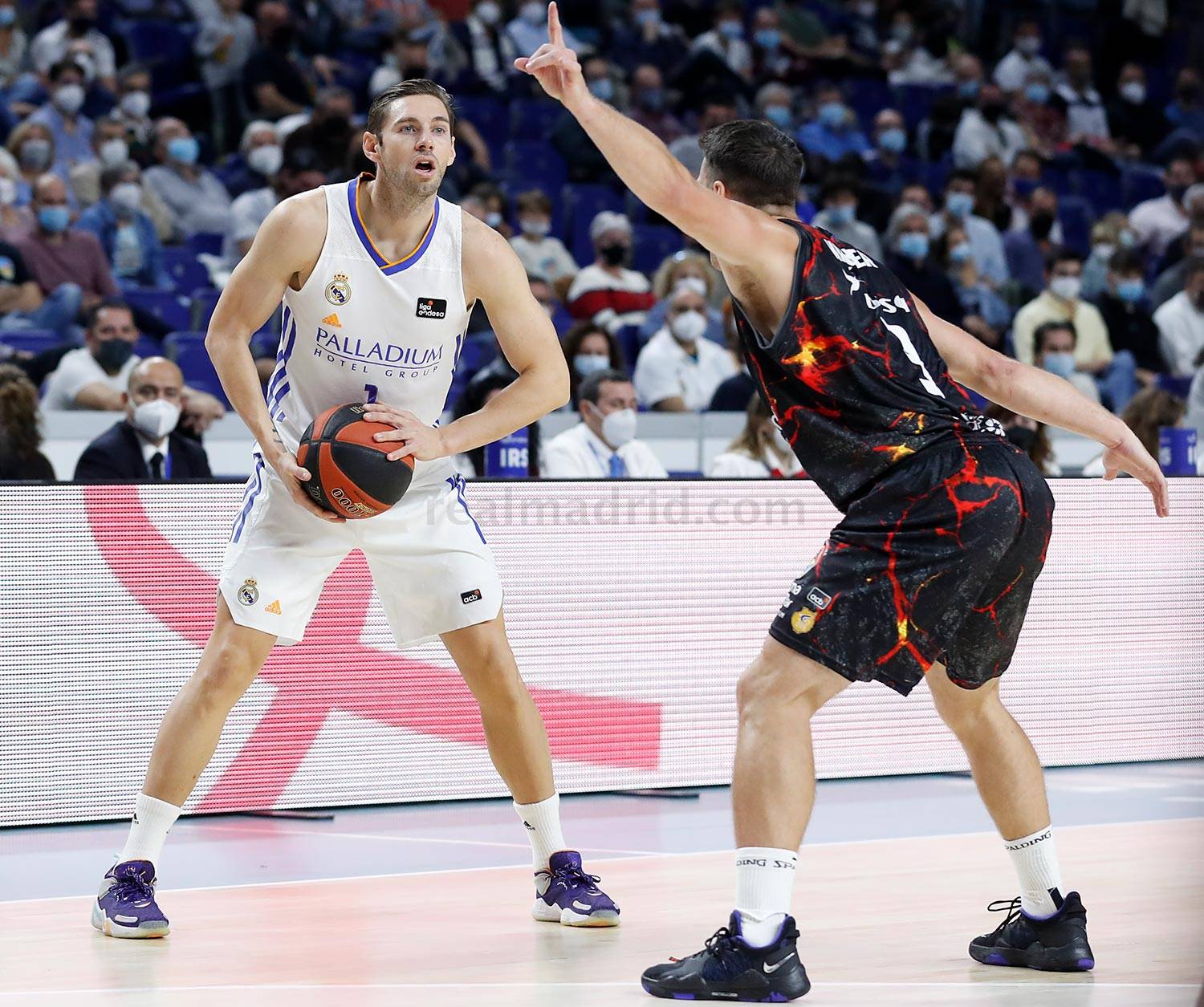 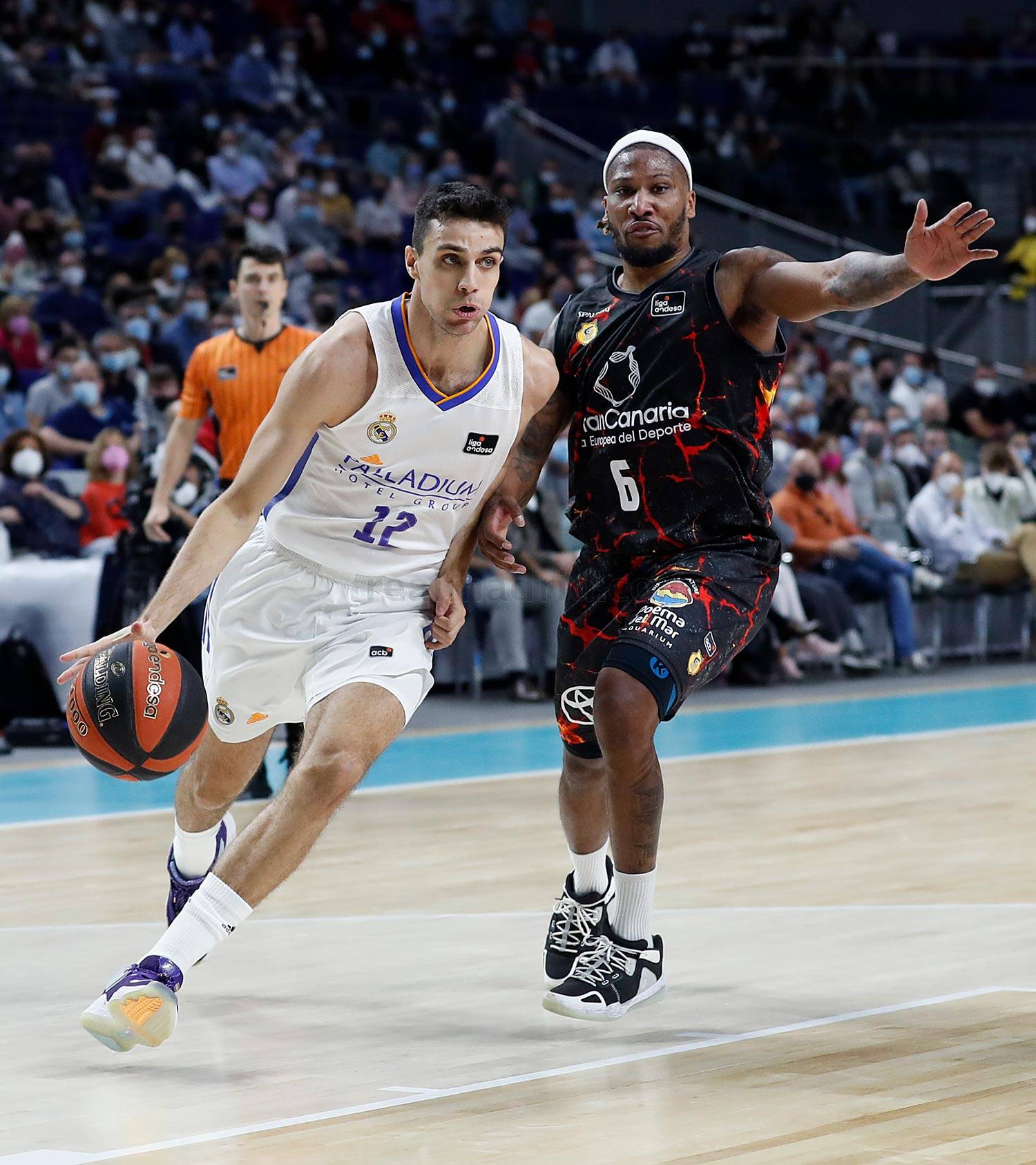 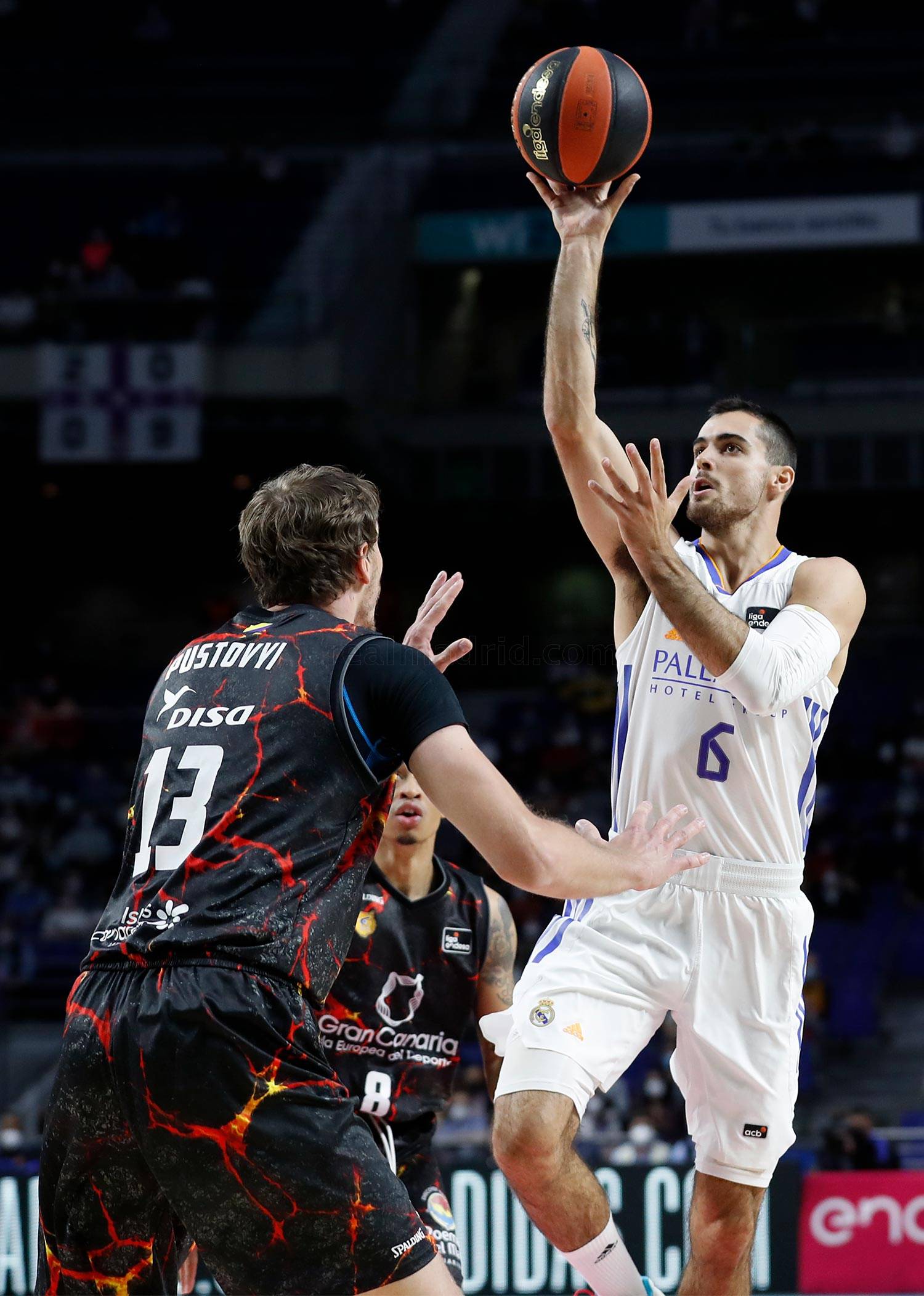 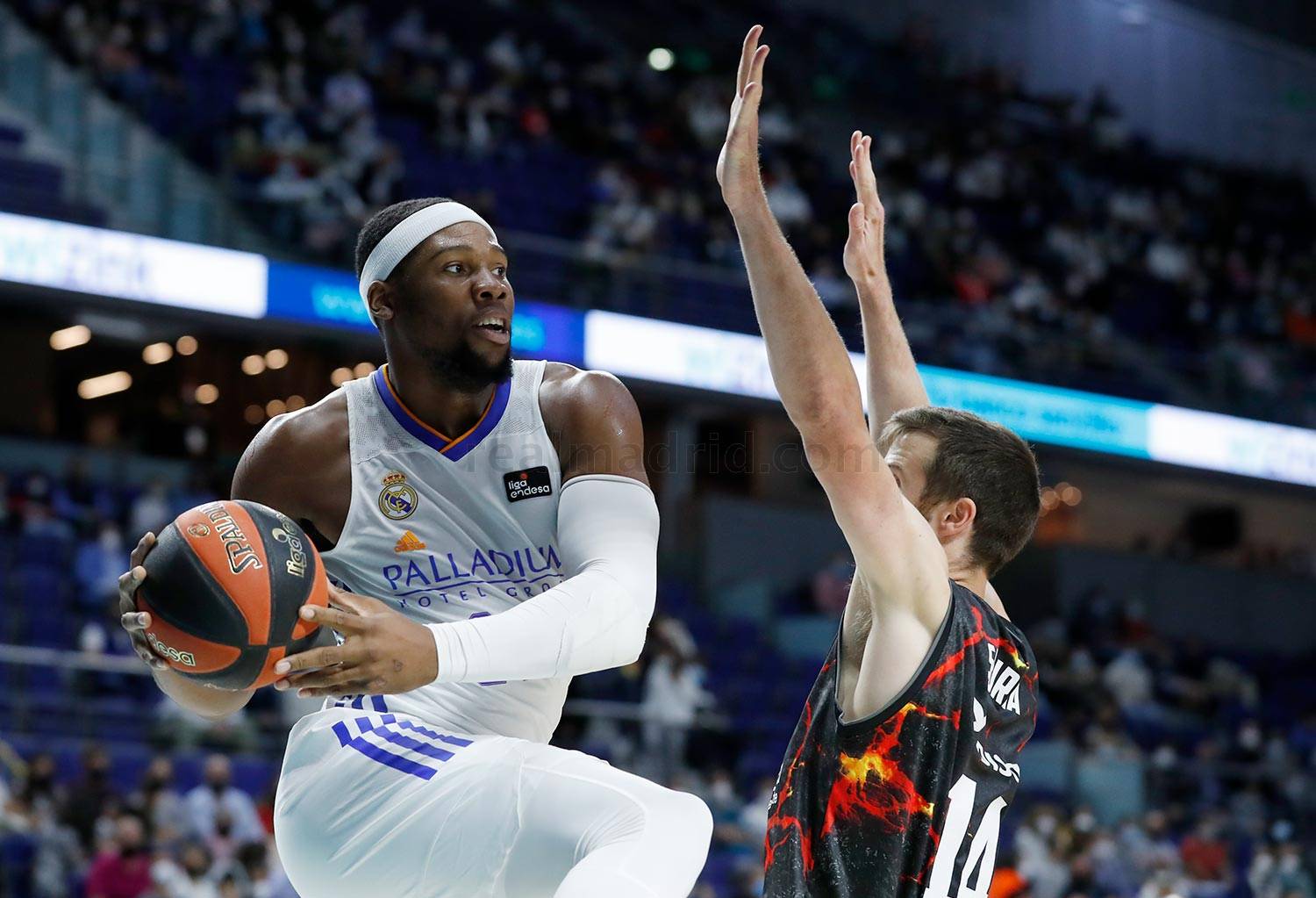 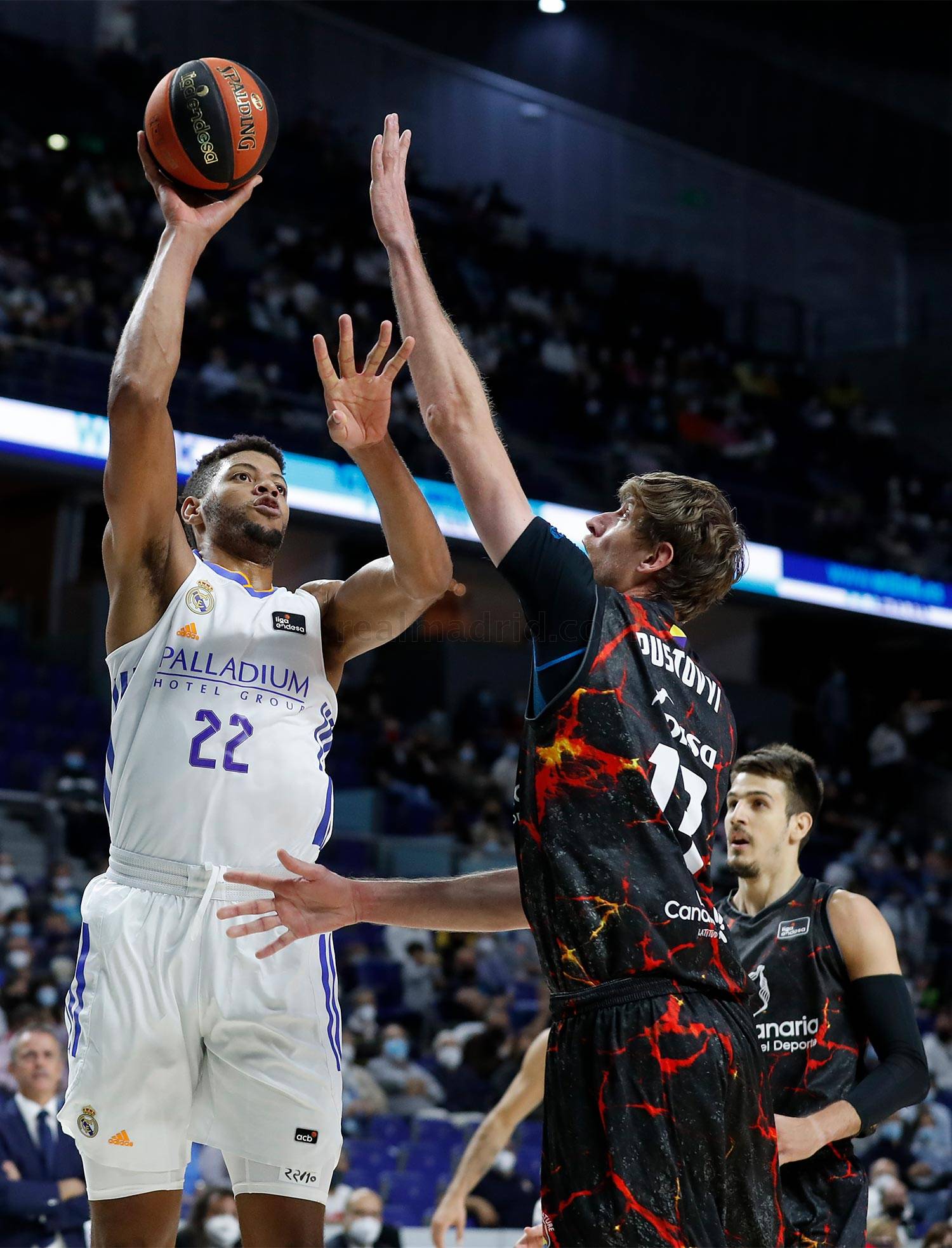 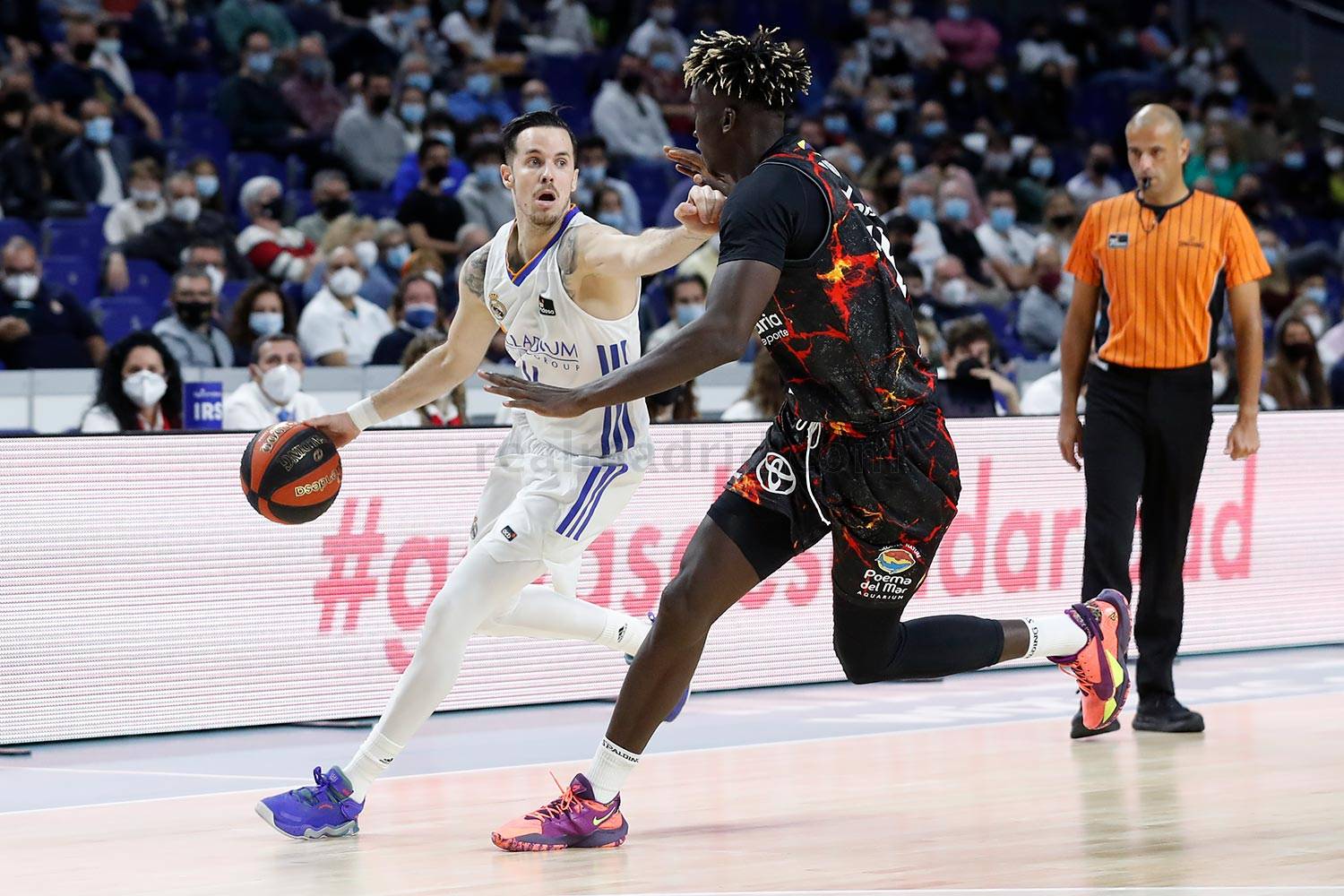 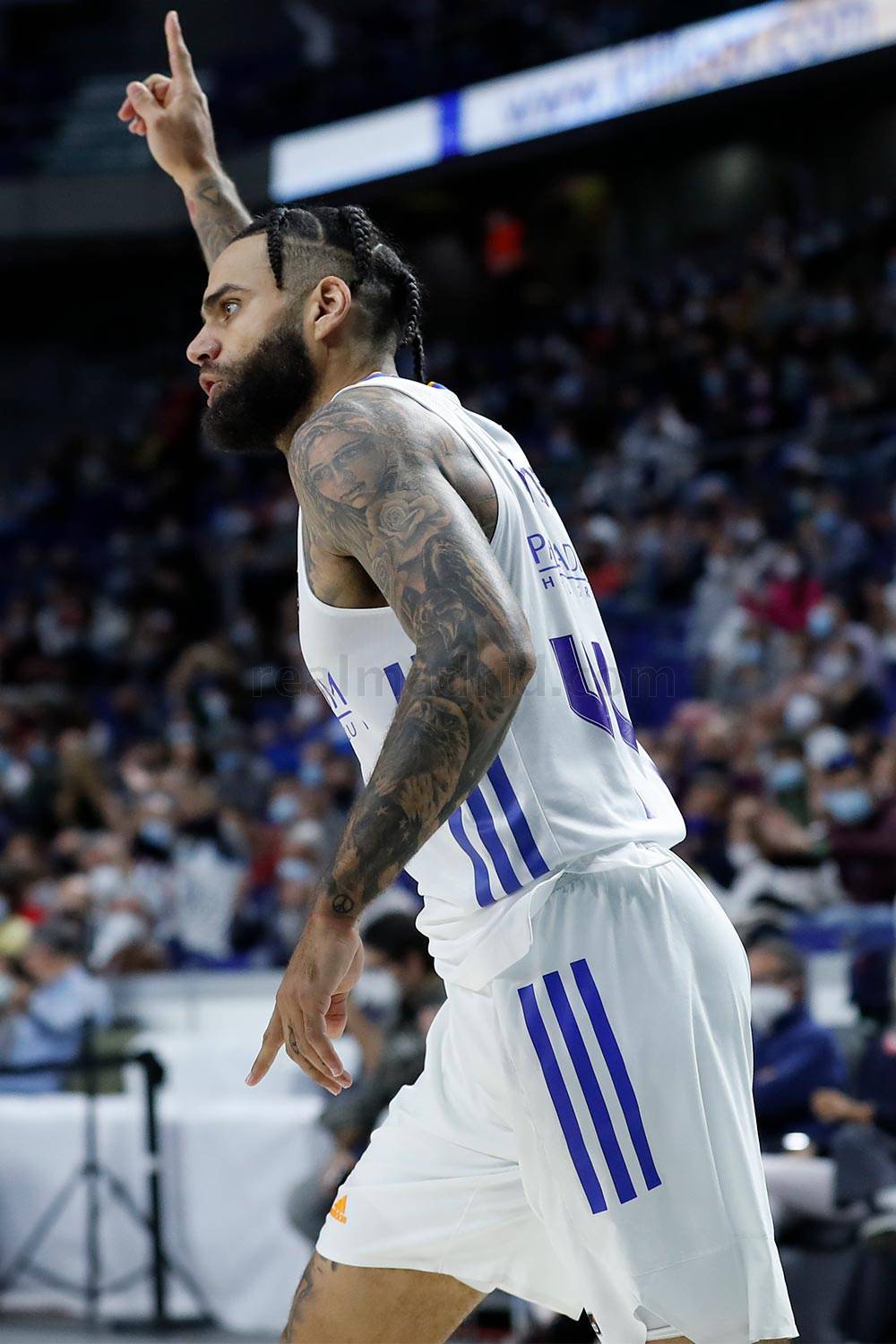 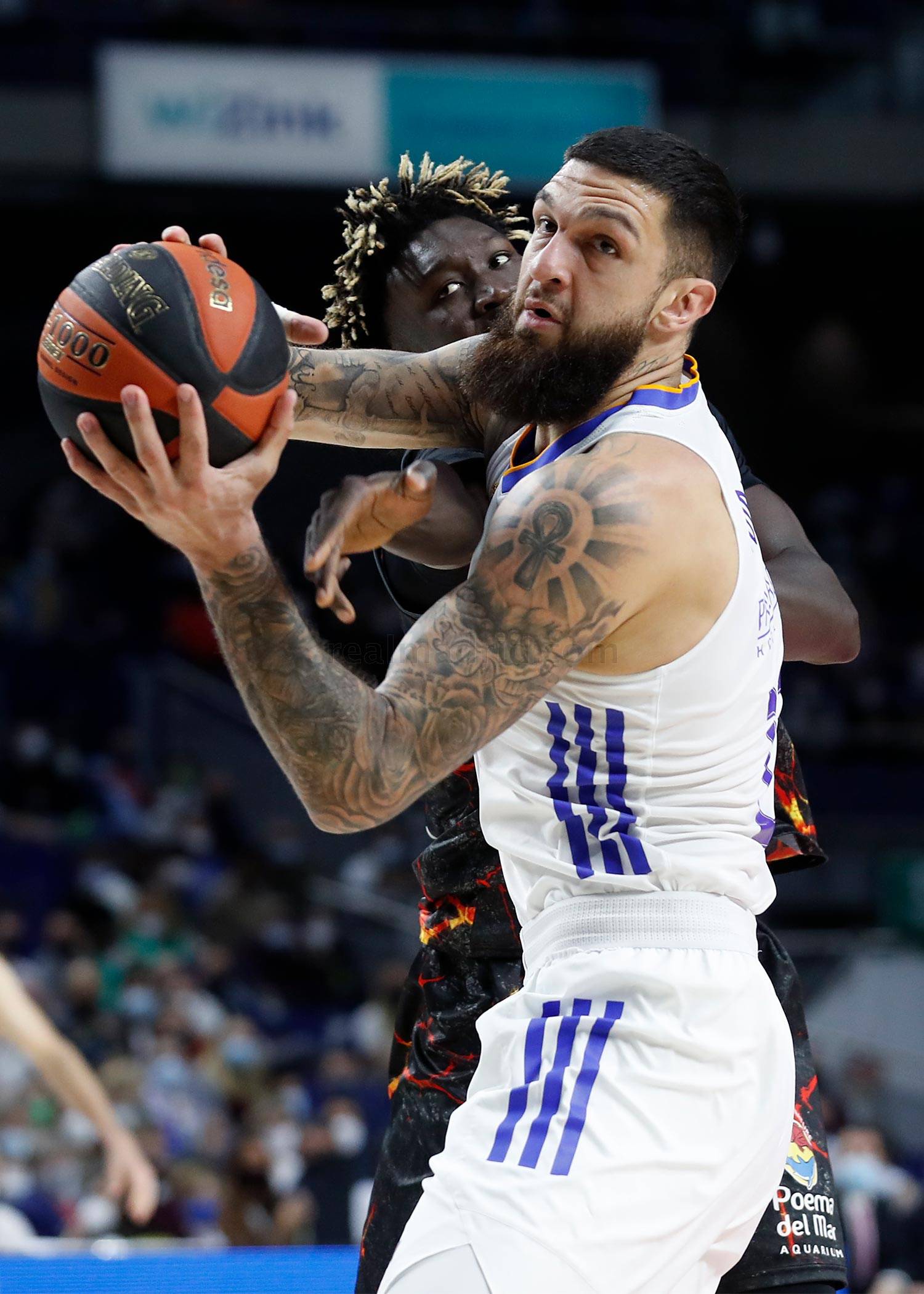 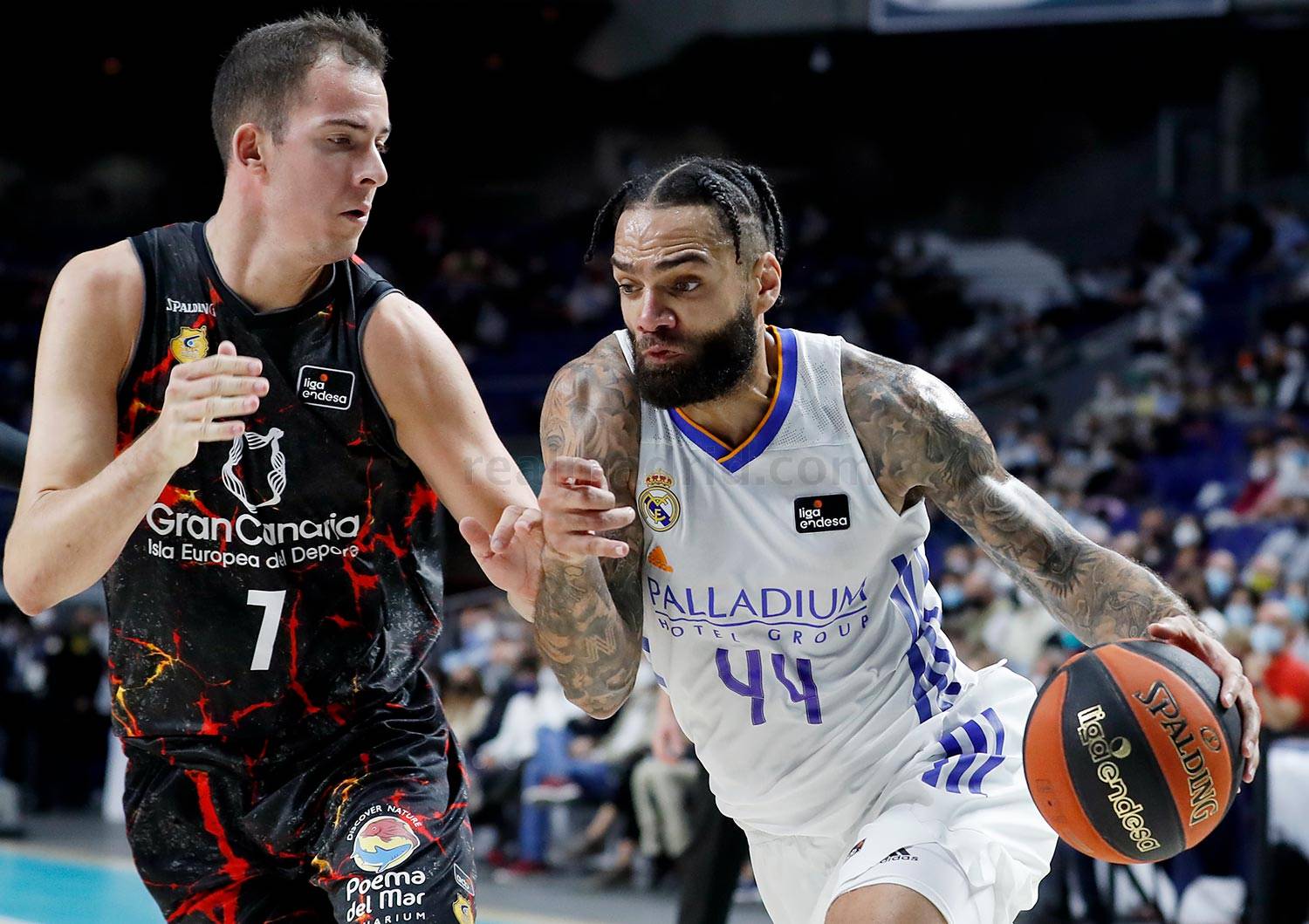