Madrid fights back to last-minute win against Fenerbahçe 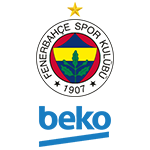 Real Madrid turned the game around in the second half to record its fourth victory in the EuroLeague with a sublime final minute. Alocén, Rudy and Causeur were decisive.

Real Madrid racked up another big win, while extending its unbeaten run at the WiZink Center so far this season. Today Fenerbahçe took Madrid to the wire and the hosts had to dig deep to turn the game around in the final 16 minutes when the team was trailing by nine points and secure victory with a 4-0 run in the final 48 seconds of play. Causeur (16 points), Alocén and Rudy proved to be inspirational in helping our side pick up a fourth victory in the EuroLeague. Poirier broke the Madrid record for most rebounds in a game with 17.

Madrid's first obstacle was the absence of Tavares at the last minute due to paternity leave. This threw Pablo Laso's charges off balance and they started without fluidity in attack, committing as many as six losses, but they remained focused in defence and this hindered Fenerbahçe, who was better in two-point shooting percentage, from opening up a bigger score in what was a very ineffective first quarter for both teams. The period ended 10-15 for the visitors, with Ndiaye getting his first minutes in the Euroleague.

The game opens up
The second quarter was a different story from the first. The defences seemed to disappear and the game became a scoring feast. Madrid was clinical in attack, mostly through Causeur (11 points and 3 three-pointers at half-time). Rudy breathed energy into the team's play, while Abalde (7) also did his part. Madrid's opponent seemed to possess more alternatives with a large number of players contributing, led by Polonara (9). Nevertheless, Madrid did not lose its composure and a three-pointer by the French forward on the buzzer meant the team went in only six down at the end of the first half (35-41, min. 20).

Video.70-69: Madrid fights back to last-minute win against Fenerbahçe

The Turks seemed to be in control and responded well to Madrid's efforts to hold a lead that stretched to nine points at 37-46 in the 24th minute. But Madrid, through another show of resilience (Williams Goss had to withdraw due to a finger injury and Laso was without both Tavares and Llull), summoned up some pride and turned around a game that was shaping up rather grimly. Alocén changed the pattern of the game, showing great energy to shoulder the offensive burden. He was joined by Rudy, Heurtel and Poirier, who fought for every ball in the paint as the visitors attacked. The center finished with 17 rebounds and set a new Madrid record in a Euroleague game.

A double comeback
The Whites gradually broke Fenerbahçe's momentum and edged closer until a three-pointer by Rudy completed the comeback with the score at 61-60 in the 35th minute. But Djordevic's troops were determined to put an end to the hosts’ unbeaten streak at the WiZink Center. De Colo and Henry made it 66-69 with 48 seconds left on the clock. Laso called timeout as the Palacio was in full voice to give the team a final push. The tremendous effort made deserved to be rewarded, and it was. Madrid committed itself in defence and refused to allow its rival to score. A basket by Causeur and some back-breaking defensive rebounding by Poirier with a foul included, brought the Frenchman to the free-throw line. He converted both free throws to make it 70-69 with 10 seconds left. More great defensive play sealed the comeback and a hard-fought victory. 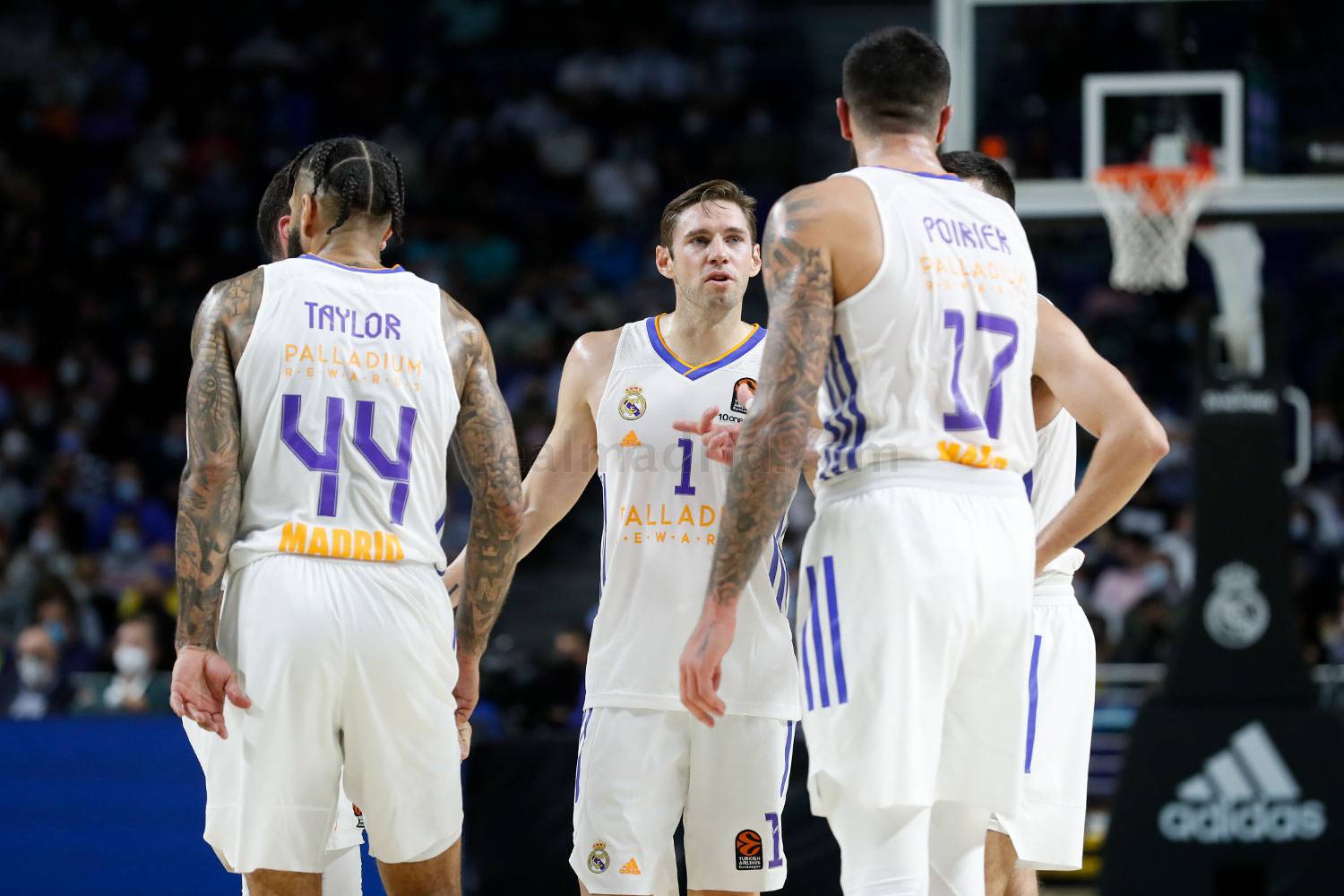 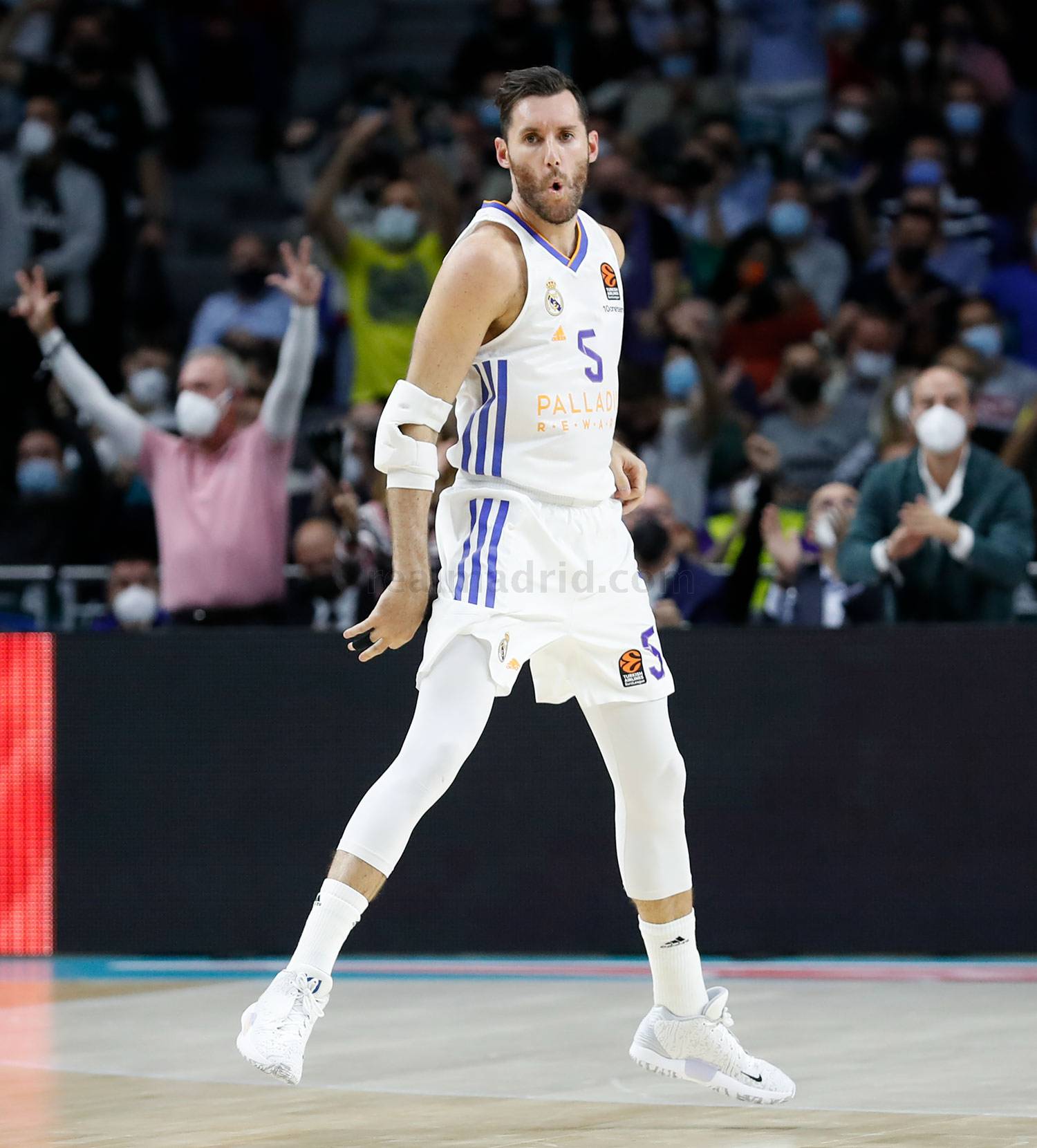 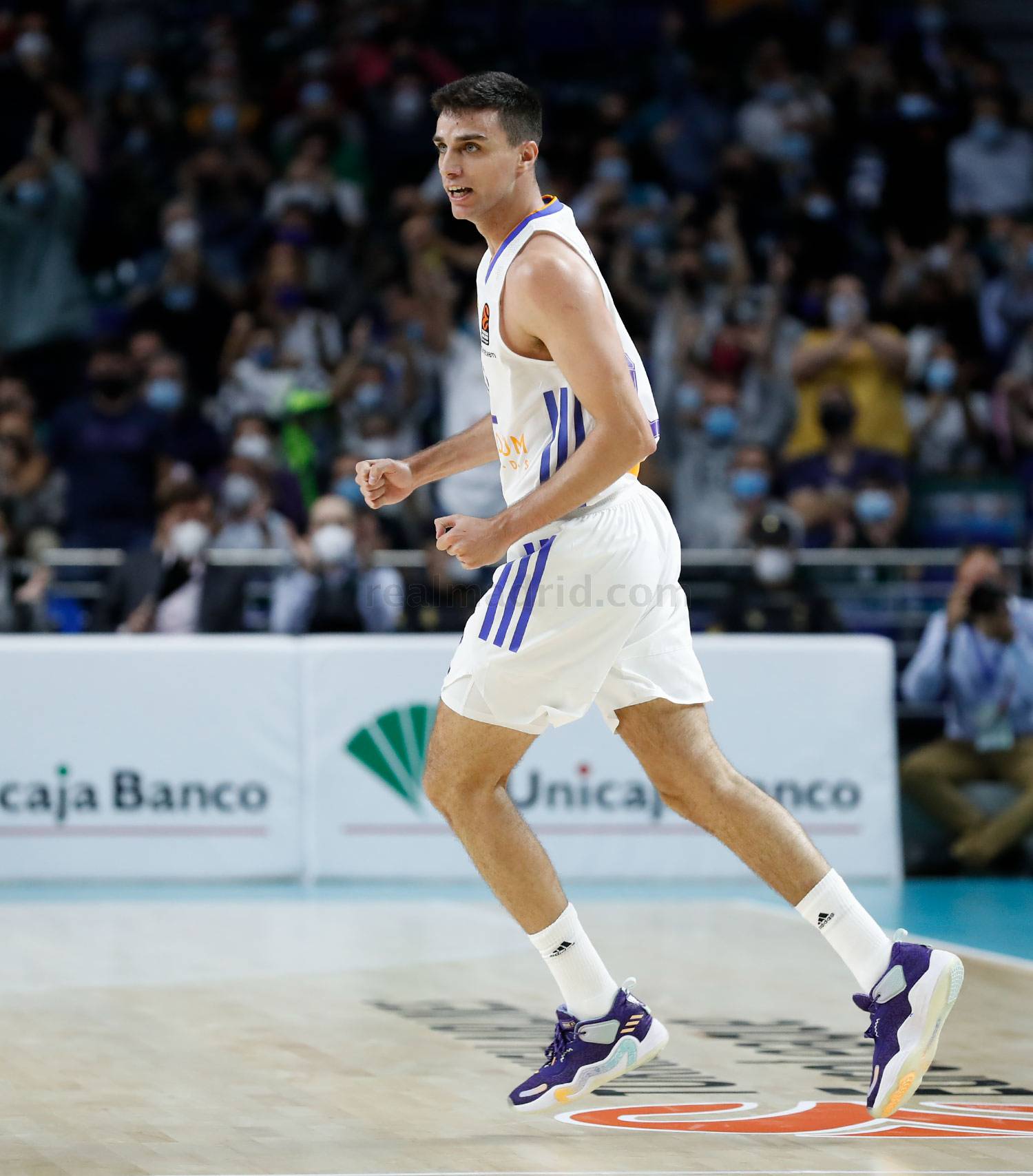 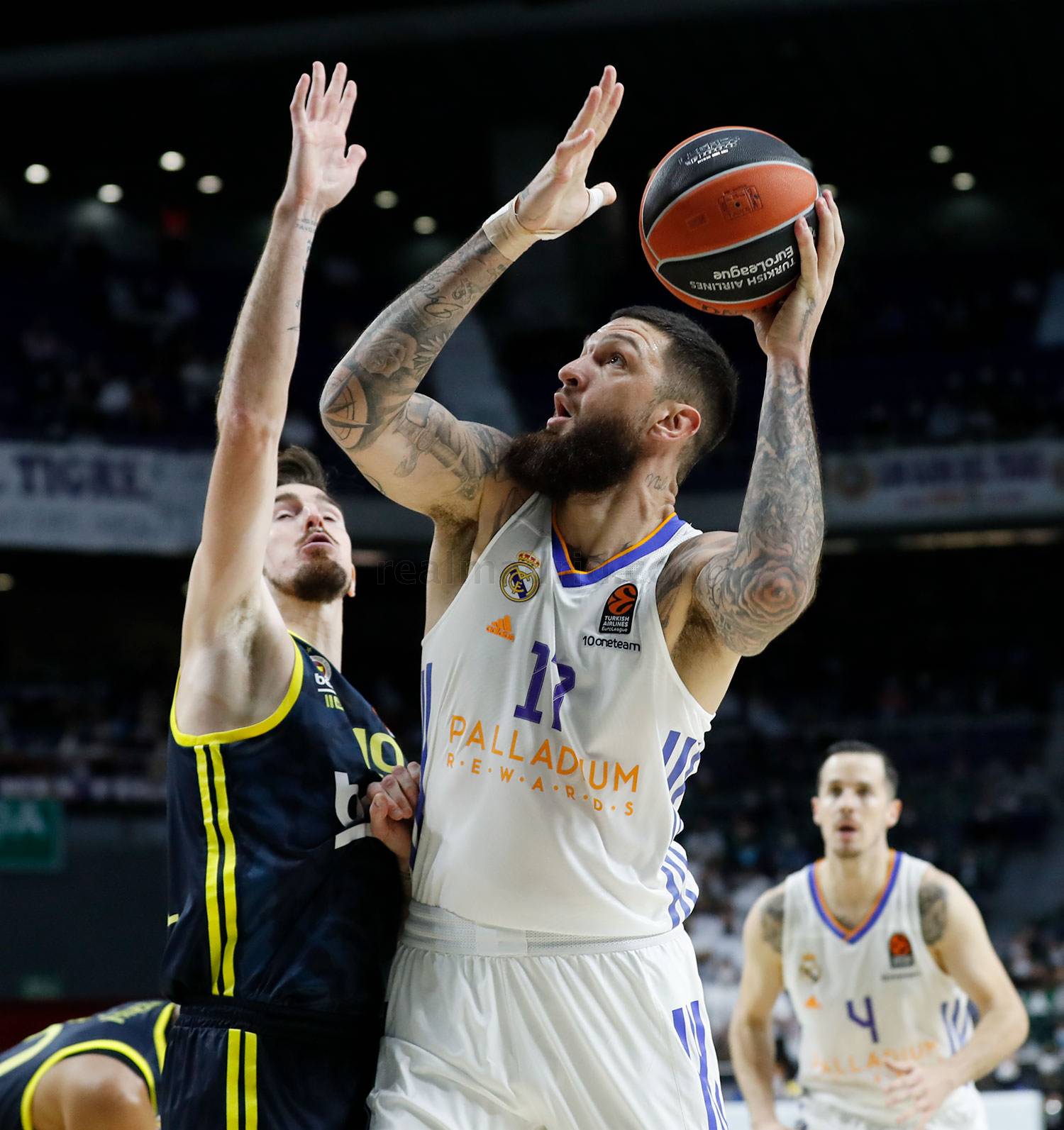 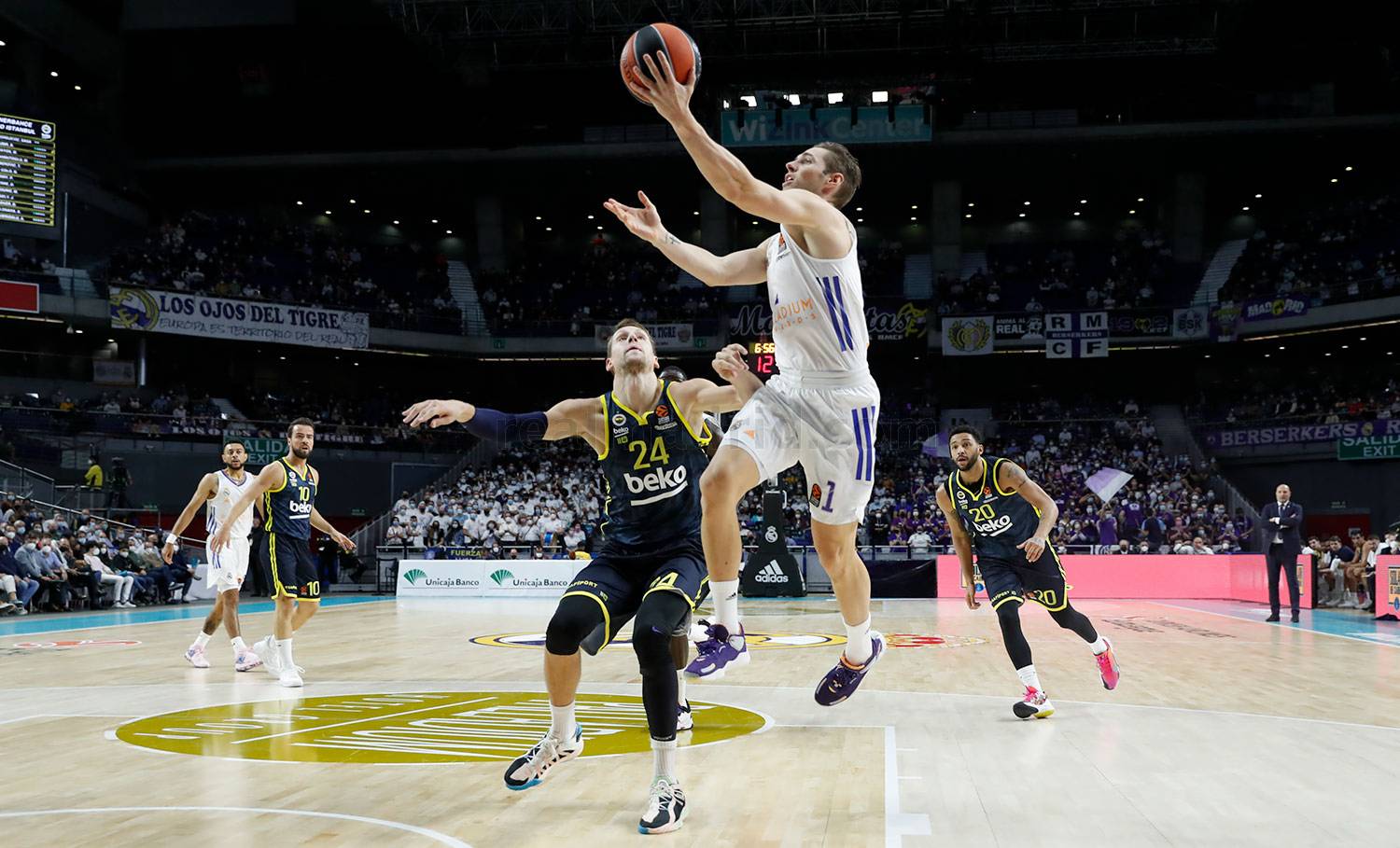 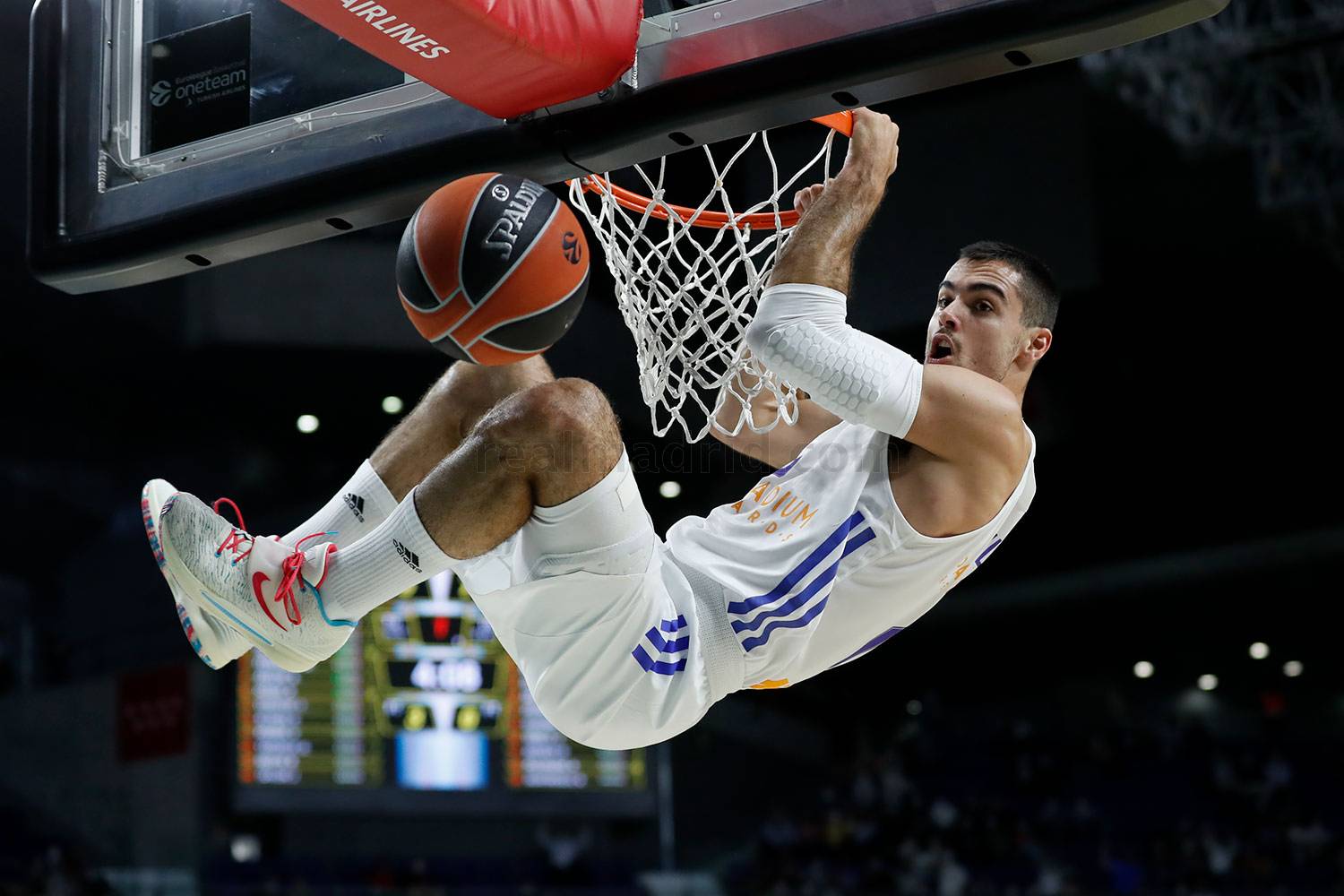 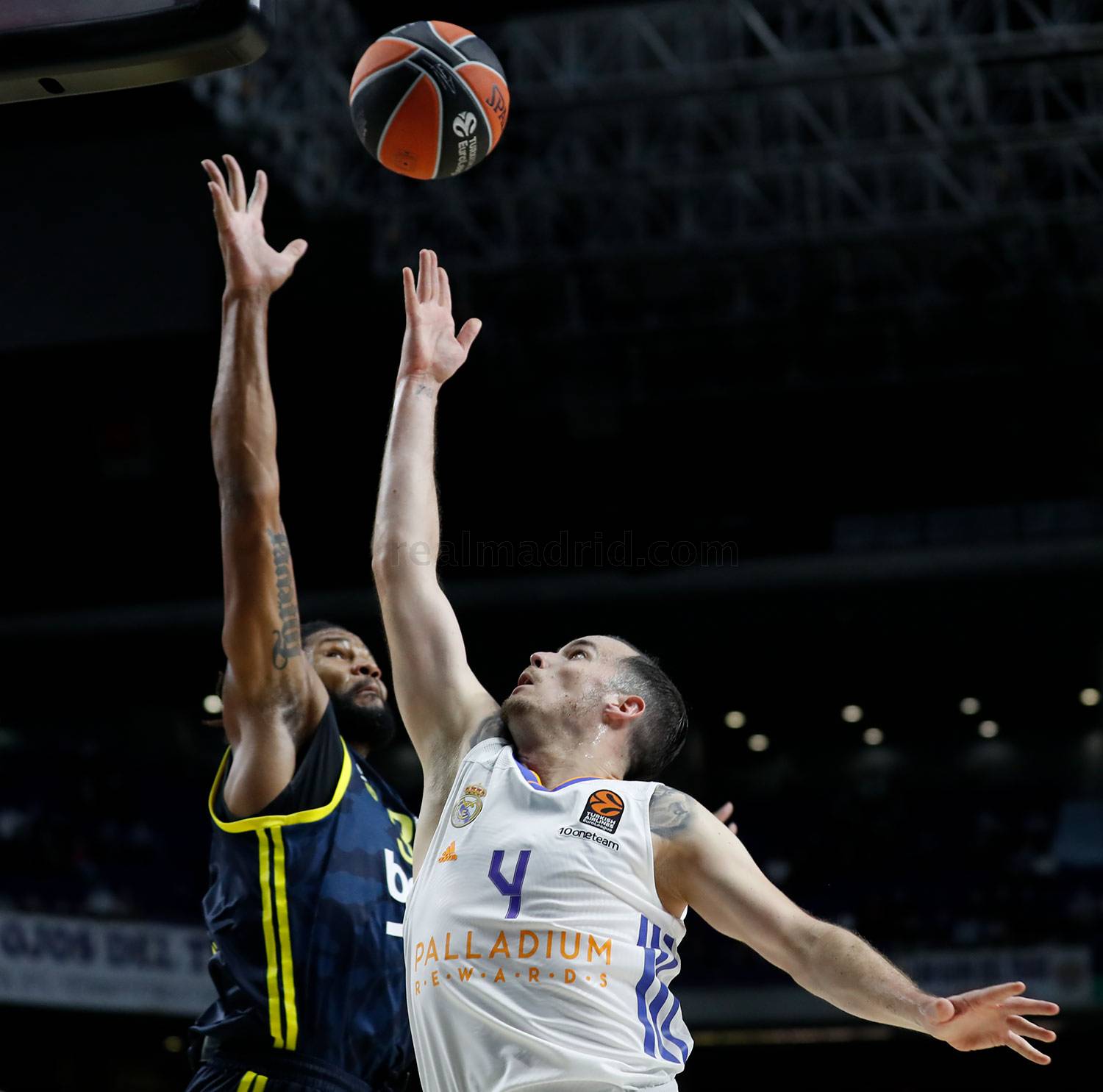 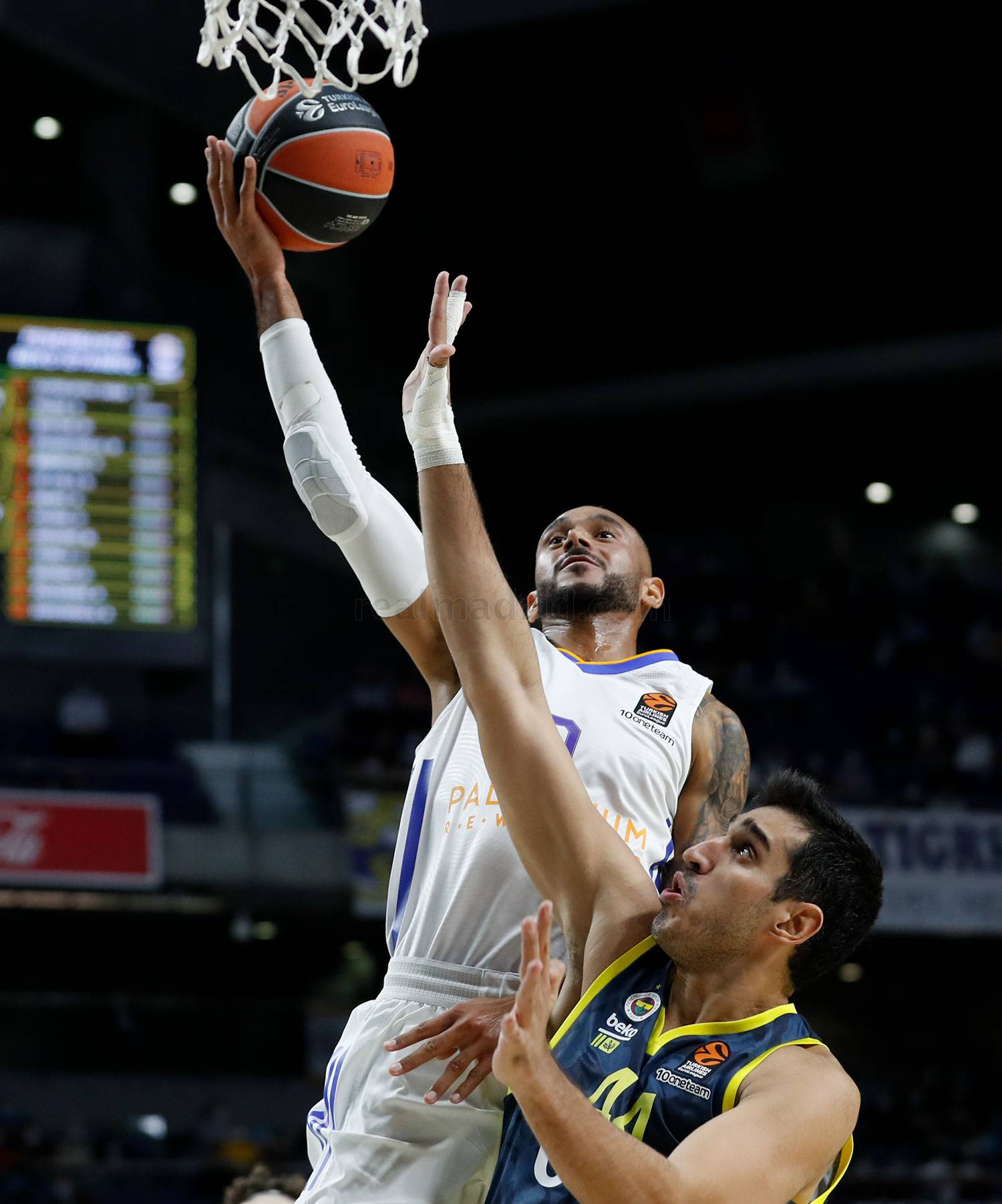 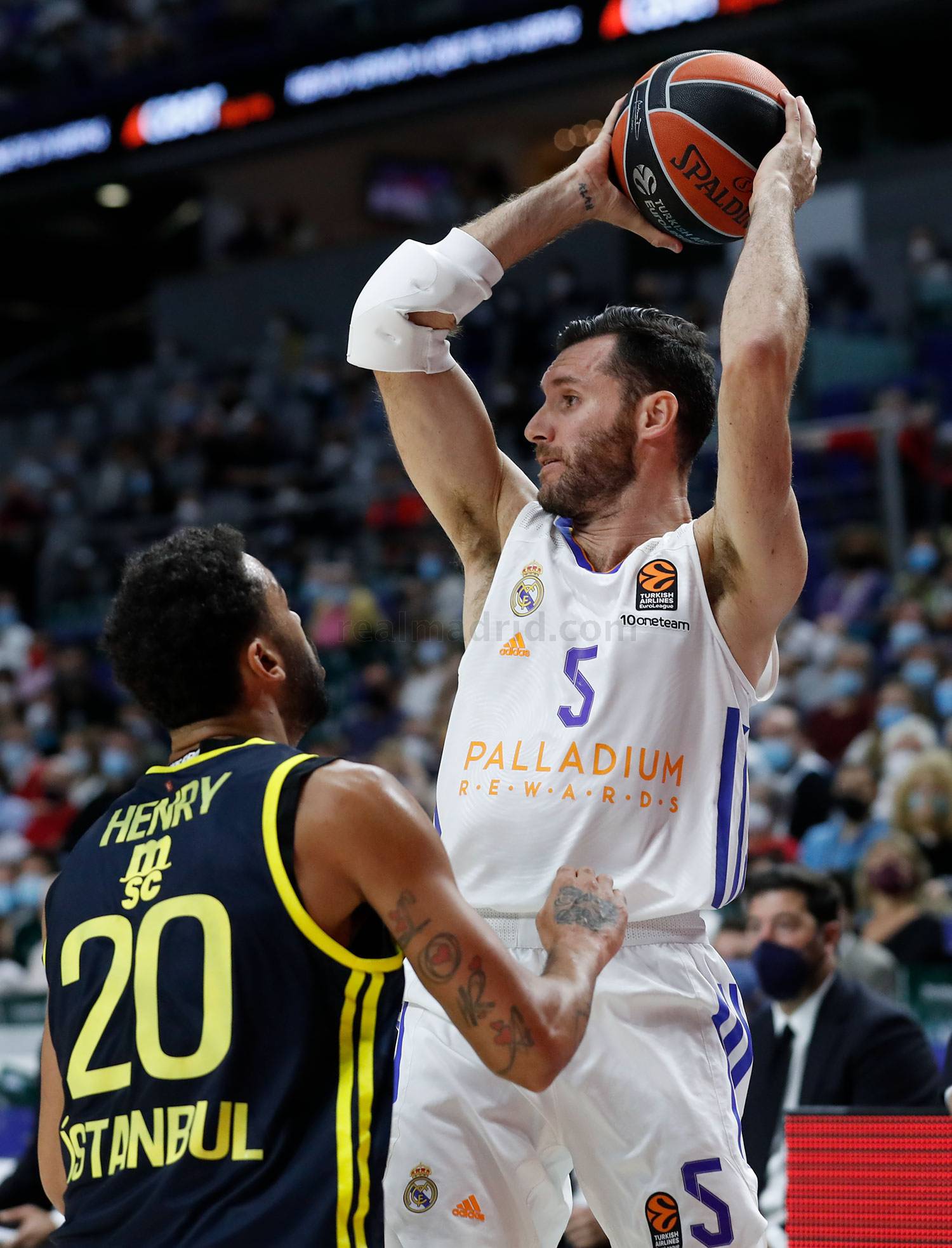 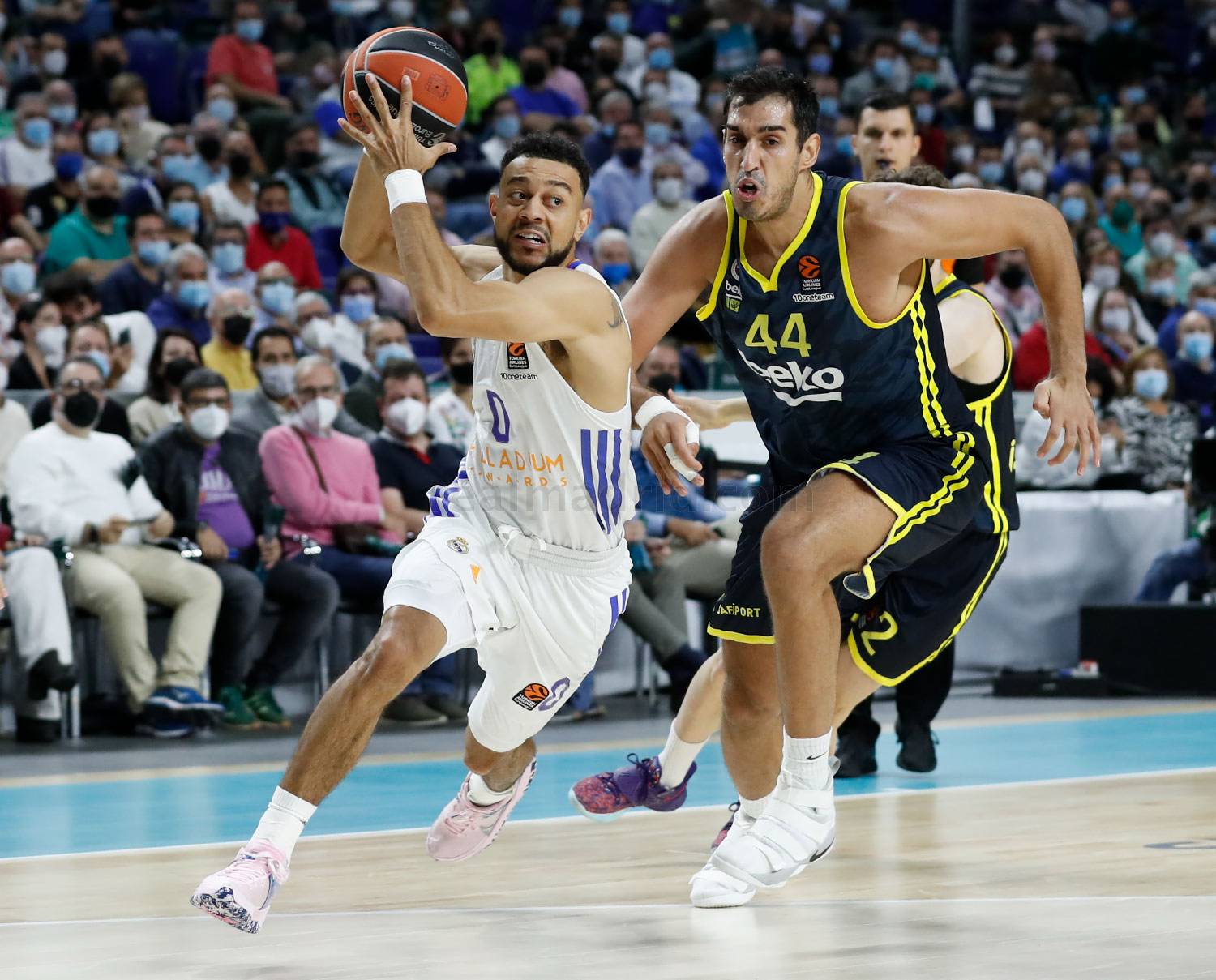 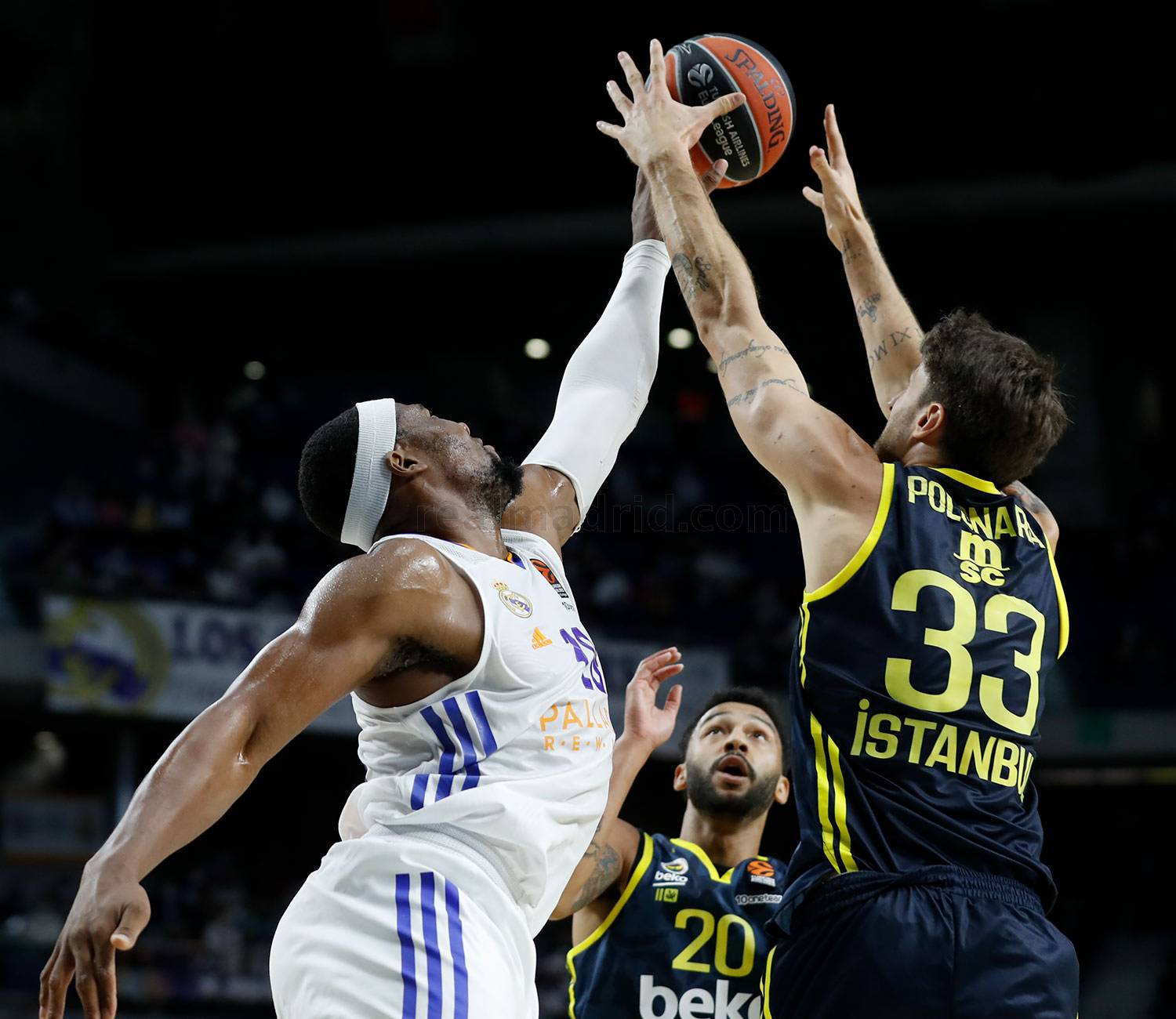 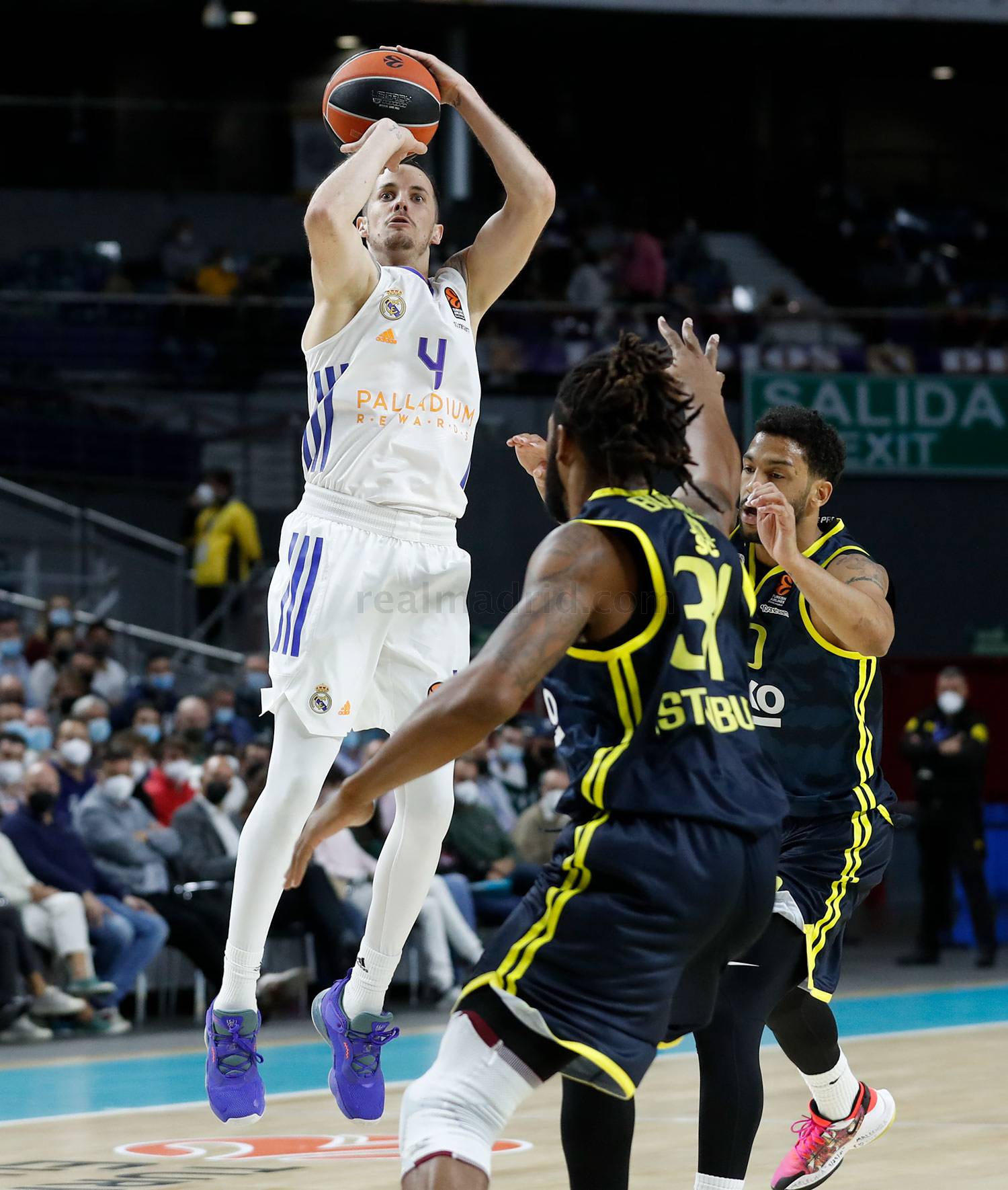 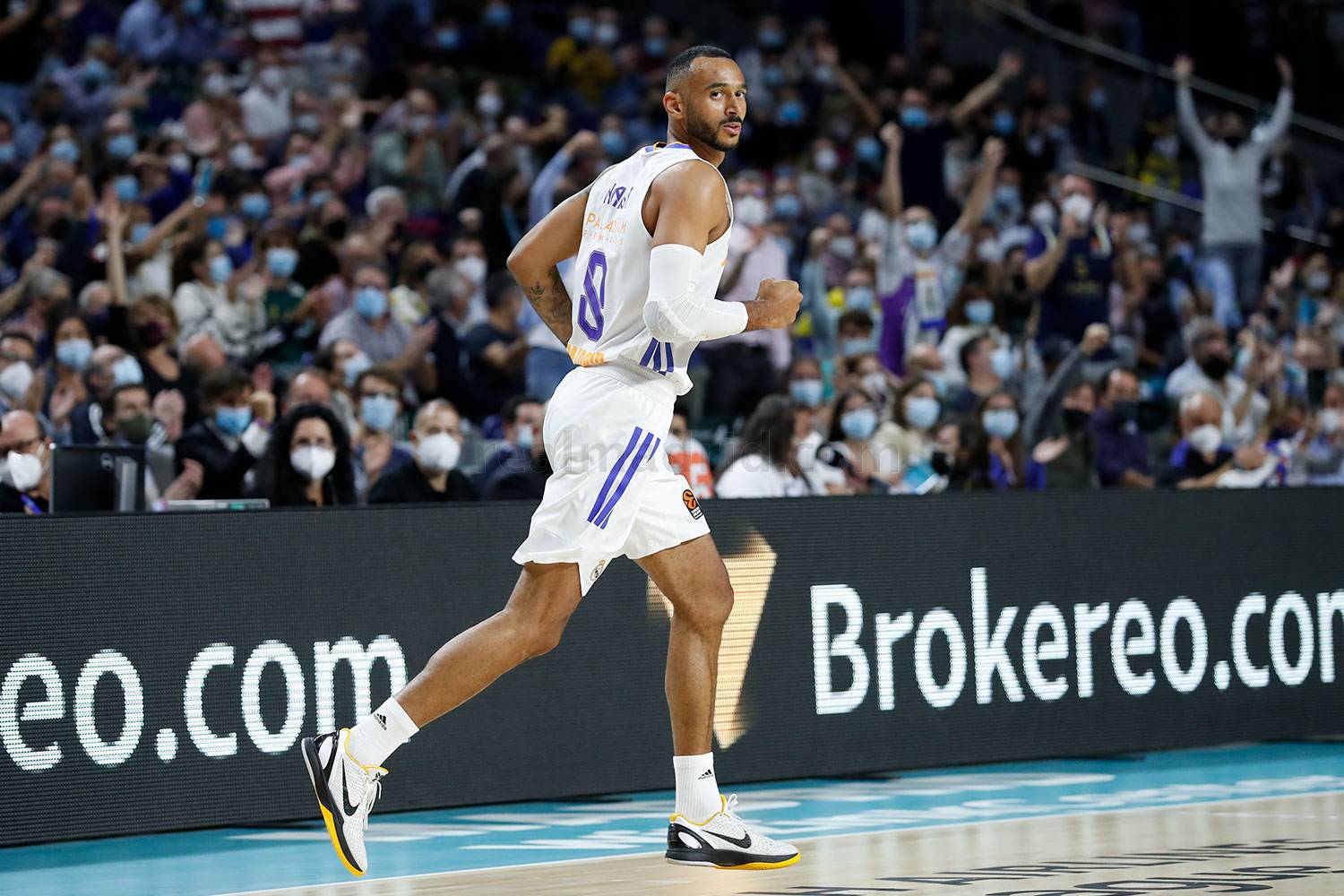 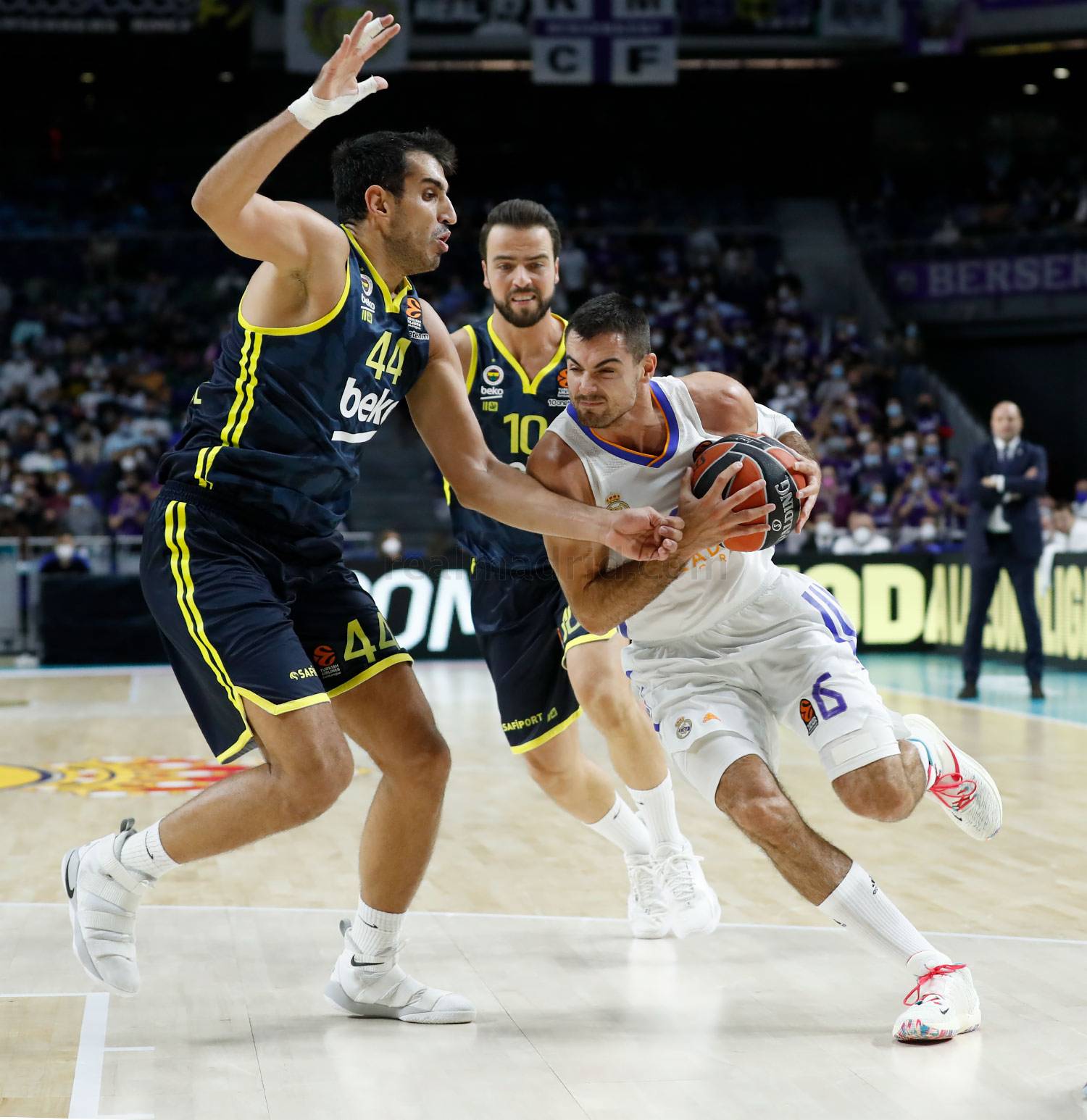 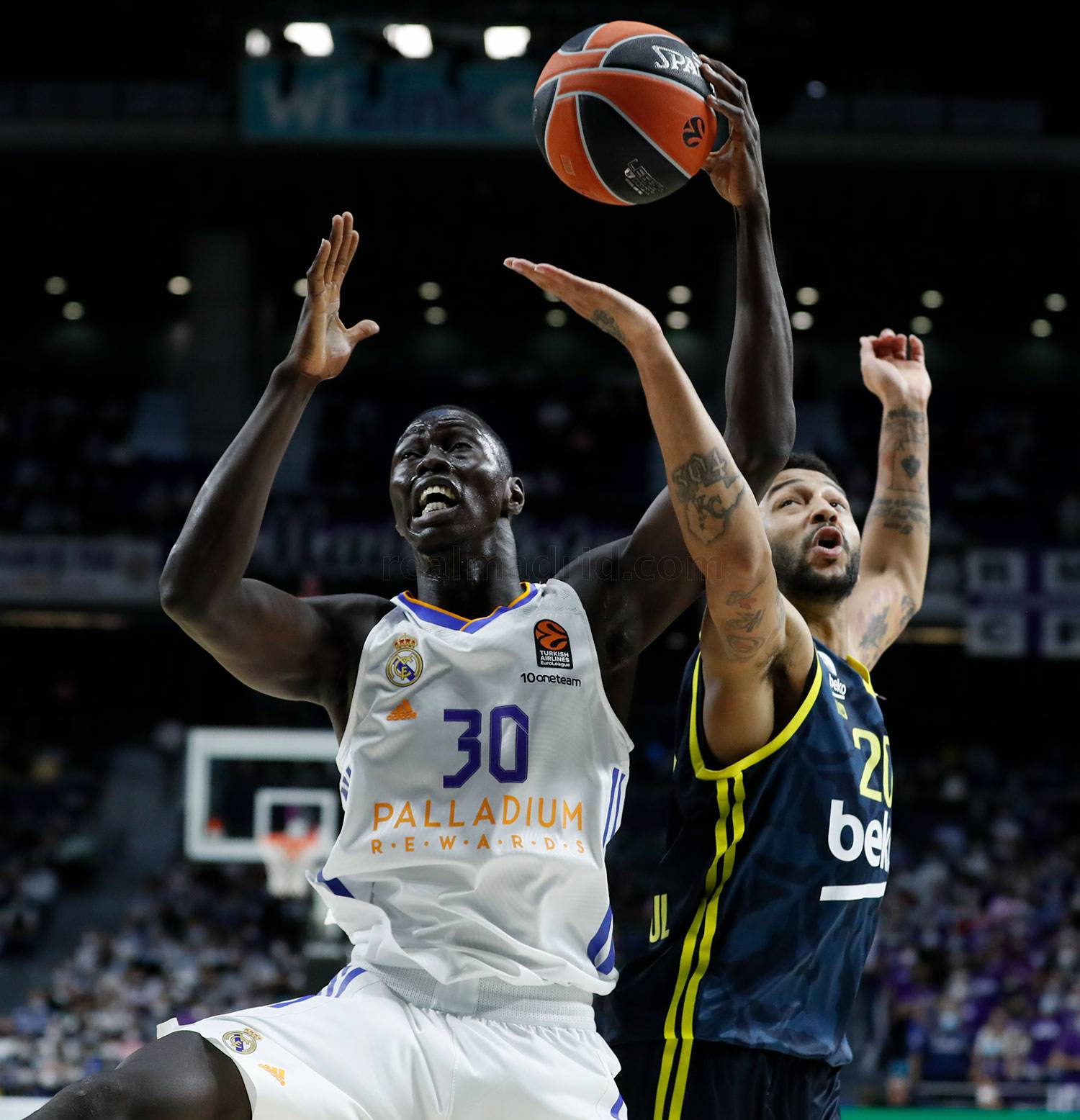