The Whites head to the Greek arena today for round two of the EuroLeague before taking on Valencia Basket on Sunday (8 pm CET).
Real Madrid returns to EuroLeague action for round two of the competition for another stern test in the first of two away games in the space of 48 hours, with the team also travelling to take on Valencia Basket on Sunday. Pablo Laso’s charges play their first match away from the WiZink Center and head to the Peace and Friendship Stadium where they will face one of their fiercest rivals in Olympiacos. The hosts may no longer have Spanoulis in their ranks, but the club has strengthened its squad as they aspire to win the competition. Meanwhile, Real Madrid will be looking to continue its fine start to the new campaign, after winning all of its seven match-ups so far.

The rivalry between Real Madrid and Olympiacos is one of the fiercest in EuroLeague history. This will be the 33rd time the two powerhouses have gone head to head since 2000, with Madrid coming out victorious on 18 occasions compared to the 14 for the Greeks. There have been finals, playoffs and Regular Season meetings, producing several memorable moments, with la novena in Madrid being the stand-out victory. Laso’s side have beaten Olympiacos on the last four occasions, including victory in last season’s last clash (82-86).

Both teams have got off to strong starts and remain unbeaten so far this campaign – Madrid has won seven out of seven, while Olympiacos has claimed four out of four wins. Both sides also won convincingly in their opening EuroLeague match-ups – Madrid against last season’s champions, Anadolu Efes (82-68), and Bartzokas’ side defeated Baskonia (75-50). The two teams boast strong defences and have been solid at the back in the early stages of the season, which means that the Whites will have to be at their best to come out victorious against such a physically and mentally strong opponent. Although this is the Greeks’ first season without the legendary Spanoulis, they still have the vastly experienced Sloukas, Printezis and Papanikolau in their ranks. They have also drafted in three world-class players in Walkup, Dorsey and Fall - formerly of Asvel -, to add to a squad that poses a real threat from the three-point line and is extremely versatile on the inside.

A stern test in the paint
The madridistas’ inside game will be put to the test today against Olympiacos. The Whites go into the game on the back of a fine victory over Lenovo Tenerife, spearheaded by the trio of Tavares, Poirier and Yabusele. The three players have gelled well and have proved to be inspirational for Madrid. Today Real Madrid is up against an extremely well-drilled team in the paint, who boasts height (Fall at 2.18 metres), physique (Martin and Jean-Charles) and a real threat on the outside (Vezenkov and Printezis). Basketball lovers will be in for a treat in Athens from 8 pm (CET). 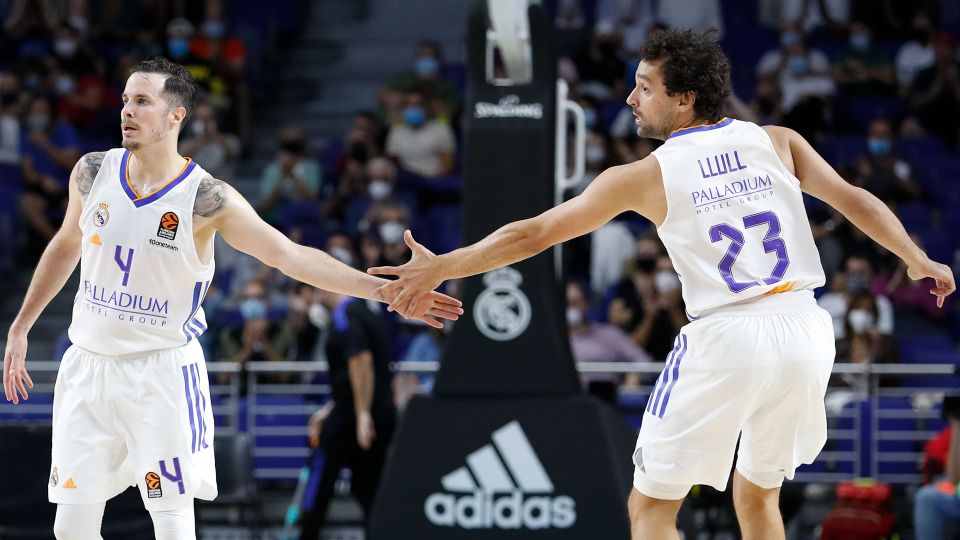