‘France Football’ has published its 30-man shortlist for the award, set to be presented on the 29th of November.
Benzema and Modrić have been included on the 30-man shortlist for the Ballon d'Or 2021. France Football has revealed the list of candidates for the award, which will be presented on the 29th of November with a ceremony at the Théâtre du Châtelet in Paris. The nominees were chosen by some 180 international journalists, and completing the list alongside the madridistas are: Mahrez, Kanté, Haaland, Bonucci, Mount, Kane, Donnarumma, Sterling, Barella, Messi, Bruno Fernandes, Pedri, Chiellini, De Bruyne, Neymar, Rubén Dias, Lautaro Martínez, Kjaer, Lewandowski, Jorginho, Salah, Azpilicueta, Lukaku, Cristiano Ronaldo, Gerard Moreno, Foden, Mbappé and Luis Suárez.

Benzema was Real Madrid's leading goal scorer last term, netting 30 times, before being involved in Euro 2020 with France and top scoring once again for his nation with 4. Modrić, who won the Ballon d'Or in 2018, was outstanding once again in midfield for both Real Madrid and the Croatia national side, who he captained throughout the Euros. 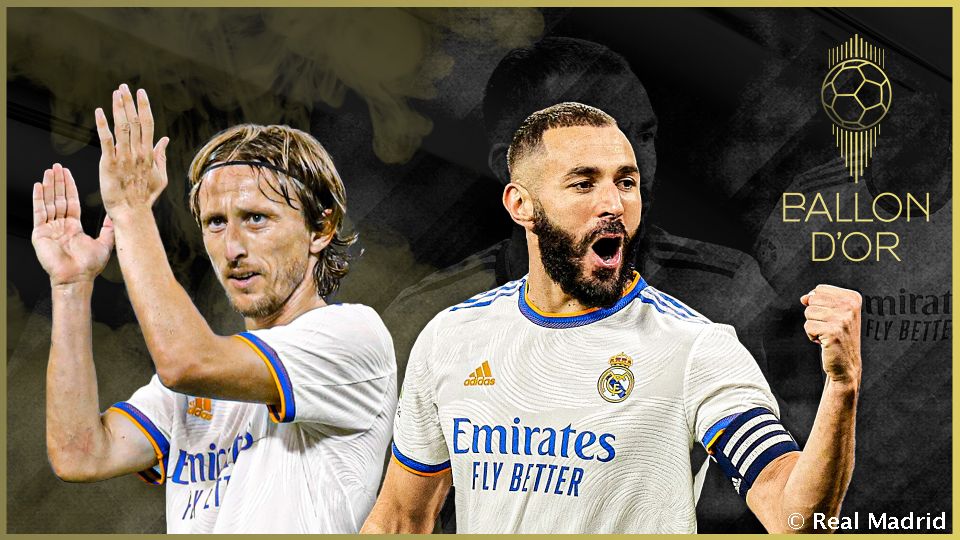