A goal by Gudjohnsen and an Arribas penalty for the academy side, who had a great chance to beat Atlético Baleares right at the end.
Ciudad Real Madrid

2
Real Madrid Castilla were held to a draw against Atlético Baleares (2-2) on matchday six of the Primera RFEF. The academy side deserved more against a strong opponent after going ahead twice through Arribas and Gudjohnsen. But the Balearic Islanders picked up a point after drawing level in the second half. Raúl’s side have now gone three games unbeaten at home.

Both teams started strongly despite the heavy rain at the Alfredo Di Stéfano. Atlético Baleares first went close when Dioni’s cross-shot hit the crossbar, but Castilla broke the deadlock in the 10th minute when Gudjohnsen was felled by René in the area and Arribas converted the spot-kick. Both sides kept up the high intensity and the visitors soon drew level when Hugo fired in a direct free-kick. But the Whites responded brilliantly as Gudjohnsen scored his second goal for the academy side when he nodded home Peter’s corner (18’). Just before half-time, Arribas almost increased Castilla’s lead, but his effort sailed over the crossbar.

Dotor denied winning goal
Raúl’s side continued to apply the pressure on the visitors’ defence after the re-start and almost got their reward on 50’ through Aranda’s shot across the goal. Just when it seemed Castilla would seal the victory, Atlético Baleares grabbed an equaliser when Luca’s shot from outside the box deflected off a Madrid defender and into the back of the net. Two minutes from full-time, the hosts had a golden opportunity to win the match, but René pulled off a stunning save to deny Dotor from point-blank range. The game ended in a draw, as the hosts picked up a point against tough opposition. 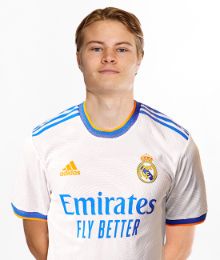 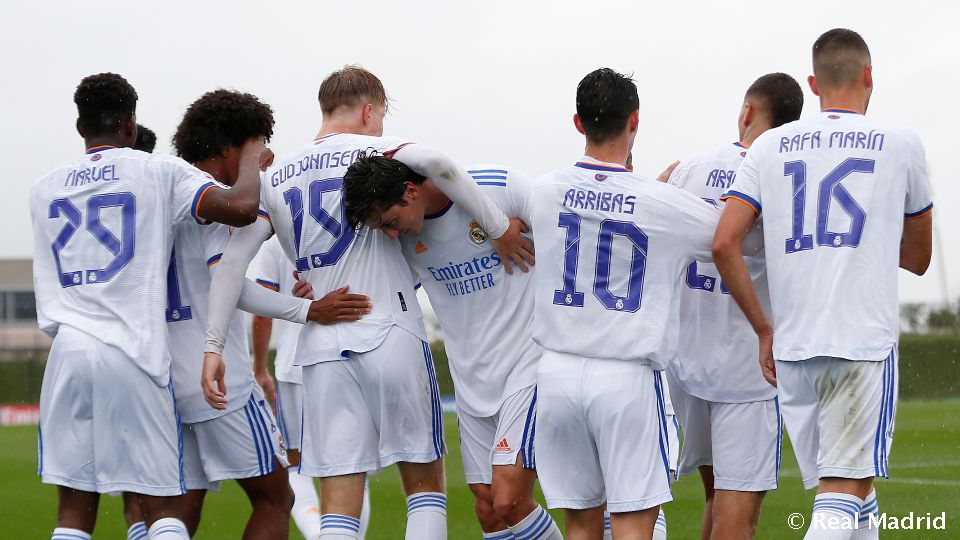 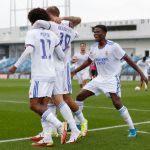