1
Real Madrid’s Juvenil A side overcame Sheriff Tiraspol in the sides’ UEFA Youth League clash at the Alfredo Di Stéfano and now occupy one of the top spots in Group D. Hernán Pérez’s charges gave their opponents no chance and created a raft of chances before making the breakthrough. Such was the level of intensity from the club’s youth team that the hosts had won a corner inside the opening minute and before the 15-minute mark, Bruno had the chance to break the deadlock, but his rasping effort from the penalty spot was gathered in by the visiting goalkeeper at the second attempt.
The next opening came down the left flank. On this occasion, Bruno found David, whose cross flew across the six-yard box and went out of play. The duo were at the heart of Madrid’s attacking play time and time again. The former lashed in a direct free-kick that very nearly found the top corner on 24’, before David tried his luck from the edge of the area following a fine piece of individual play. Just as it looked as if the Whites were struggling to find a way through, the goal materialised as Bruno swung over a corner that Villar nodded home. The score remained unchanged at the interval following a first half in which our team had no fewer than seven corner kicks.

Bruno brace
However, football often has a knack of surprising you and soon after the restart, Sheriff drew themselves level from a free-kick that Pau put into his own net in the 47th minute. However, just four minutes later, justice was done when Gonzalo set off on a run down the right flank and shaped in an inch-perfect centre that Bruno headed home to make it 2-1. Sheriff nearly caught the madridistas out again, but Covalschi contrived to fire over when well placed. After this frantic spell, the home side brought the game back under control and pinned the visitors back into their box in search of a third of the game. That goal duly came when Bruno slotted home from the spot in the 72nd minute. With 10 minutes remaining, Julen Jon rounded off the scoring as Madrid ran out 4-1 winners. 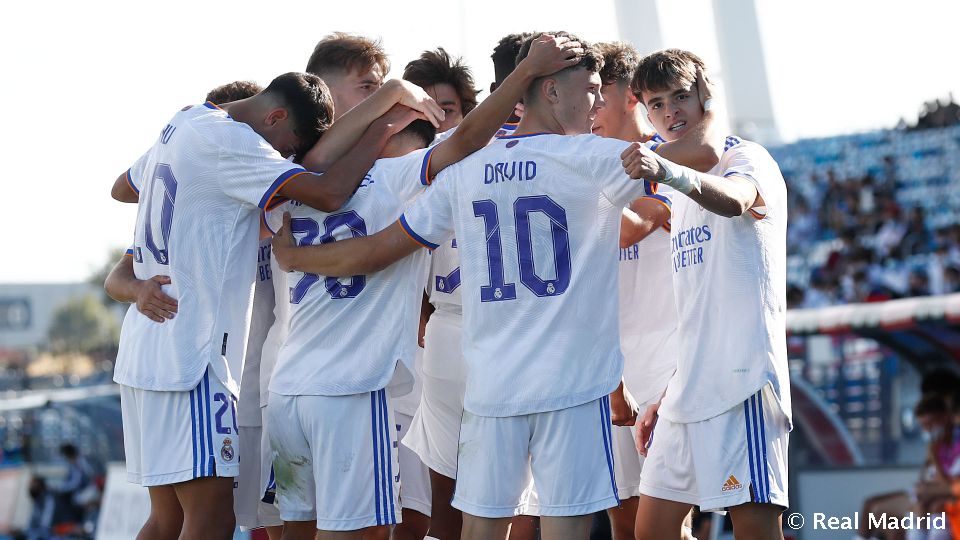 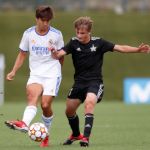