On 27 September 2015, Real Madrid were crowned champions when they beat Bauru Basket in Game 2 of the final.
Today marks six years since Real Madrid's basketball team clinched their fourth Intercontinental Cup. On 27 September 2015, our team got the better of Brazilian team Bauru Basket in Game 2 of the final in Sao Paulo. Our team ran out 91-79 winners as Llull was named MVP. The win saw Laso's men seal a five-trophy haul which included the Euroleague, League, Copa del Rey, Super Cup and the Intercontinental Cup.

The final was a two-game affair and the first saw the Brazilians shock Real Madrid with a 91-90 win. The Whites would have to win the second clash by more than a single point in order to be crowned champions. Despite being without Rudy and Taylor, the team clinched the win with Llull (21 points), Carroll (22), Thompkins (17) and Ayón (15 rebounds) leading from the front to storm to a 12-point lead. Precisely one year before, Real Madrid had won the Super Cup, the first of their five titles in this incredible run. 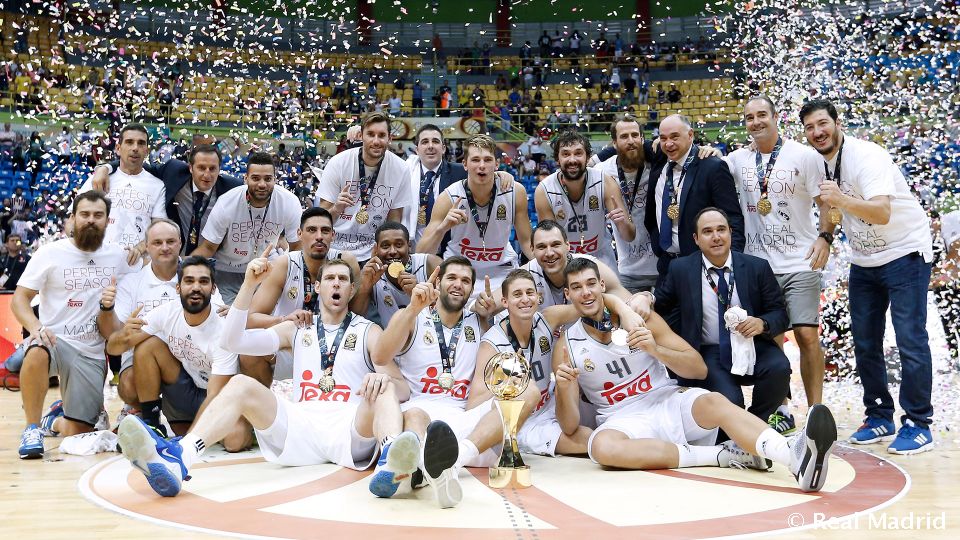