Real Madrid beat Barcelona by 21 points in the final in Vitoria.
Today marks seven years since Real Madrid's basketball team got their hands on their fourth Super Cup. On 27 September 2014, Laso's charges got the better of Barcelona 99-78 in the final at the Fernando Buesa Arena. The madridistas lifted the trophy for a third successive season with Llull named MVP.

After getting past Valencia Basket 89-76 in the semi-finals, Madrid came face to face with Barcelona in the final. Our team dominated from start to finish with a fine collective display, reflected in Lull's 21 points and PIR of 24, and the 15 and posted by Rudy. This title would prove to be the first in a historic year, which ended with the Intercontinental Cup to seal a five-trophy haul. 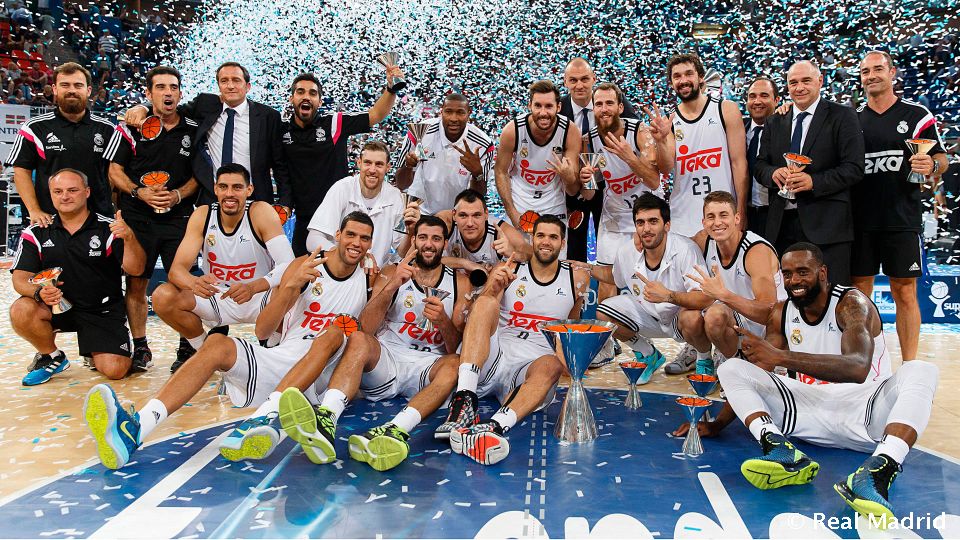