On 22 September 2019, Real Madrid captured the crown after downing Barcelona in an 89-79 win.
Today marks the second anniversary of Real Madrid basketball team's sixth Super Cup crown. On 22 September 2019, Pablo Laso's charges successfully defended the trophy after overcoming Barcelona in an 89-79 triumph at the WiZink Centre. The Whites enjoyed a fine opening two quarters (48-33) to set the team up for victory.

Campazzo was named the MVP of the tournament after he posted 16 points and a PIR of 22 in the final. Madrid saw off Fuenlabrada (116-61) to book a final spot. That season also saw the team lift the Copa del Rey. 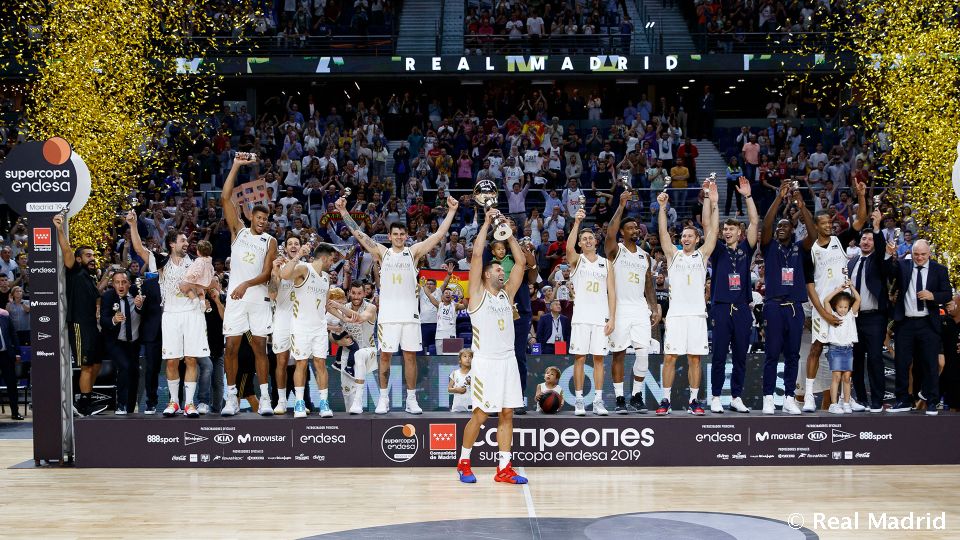