The Under-19s picked up a point against Inter in an evenly-matched encounter.
Alfredo Di Stéfano

1
Real Madrid Under-19s were back in European action for the first time since being crowned UEFA Youth League champions back on 25 August 2020. The academy side were unable to begin their title defence with the win they were hoping for, as Hernán Pérez's boys tied at the Ernesto Breda in Milan against a solid Inter team who cancelled out Peter's opener in added time.

The game began without any clear dominance from either side, with both looking most likely from set-pieces. David, with 11 minutes gone; and Aranda, on 20’; tried their luck with free-kicks which were turned behind for corners. From then on, Real Madrid began to create a threat down Peter's left flank. The winger was enjoying the beating of his man, and only a superb diving stop by the hosts' goalkeeper kept out his fierce left-footed strike on 24’.

With half-an-hour on the clock, the Under-19s carved out the best play of the game with a fine one-touch move to get Bruno inside the box, but when he laid the ball to Aranda, his shot came back off the post. Things were fairly even once again in the second half, with Jurgen enjoying a great headed chance to put the Italians ahead on 58’. Madrid then stepped up a gear and finally got the goal they deserved with 70 minutes gone, when Peter's shot snuck in past the goalkeeper at the near post. And after Aranda had a great chance to seal the points, victory was snatched away when Nunziatini produce a sublime bicycle kick in injury time. 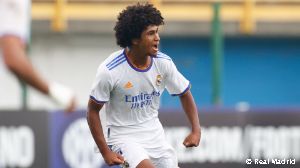 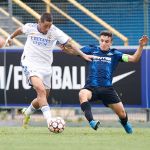