Ancelotti’s side travel to the Benito Villamarín for their third consecutive league commitment away from home in the competition (Saturday, 10pm CEST).

Real Madrid are back in league action and take on Betis today at the Benito Villamarín in what will be the team’s third consecutive league commitment away from home (Saturday, 10pm CEST). Carlo Ancelotti’s side remain unbeaten in the competition after picking up a win at Mendizorroza and a draw at the Ciudat de Valencia stadium and will be vying to collect the three points on offer against Betis ahead of the international break.

The Whites’ opponents are also unbeaten so far this campaign and if Madrid are to claim the win they will need to reproduce the sublime attacking play they have managed in the first two games.  Real Madrid are the league’s top-scorers from the first two matchdays with seven goals, followed by Barcelona, who have netted five times.

“It will be essential to defend well against Betis”, said Ancelotti at the press conference ahead of the clash at the Benito Villamarín. Among those in his squad for the LaLiga matchday three match, the Italian coach has named Vinicius Jr. and Benzema. The two forwards have scored five of the team’s seven goals (Nacho and Bale scored the other two). The Brazilian is joint-top scorer in the league on three goals, along with Correa (Atlético) and Lamela (Sevilla).

The opposition
Betis go into the match in tenth place after picking up two consecutive 1-1 draws – first at Son Moix against Mallorca and at home against Cádiz. The Andalusian team had to come back from a goal down on both occasions thanks to an own goal by Mallorca keeper Reina and a goal by Juanmi at the Benito Villamarín. Rui Silva, Pezzella, Youssouf  Sabaly and Willian José are Pellegrini’s side’s stand-out players, but Mandi, Emerson and Loren have all departed. 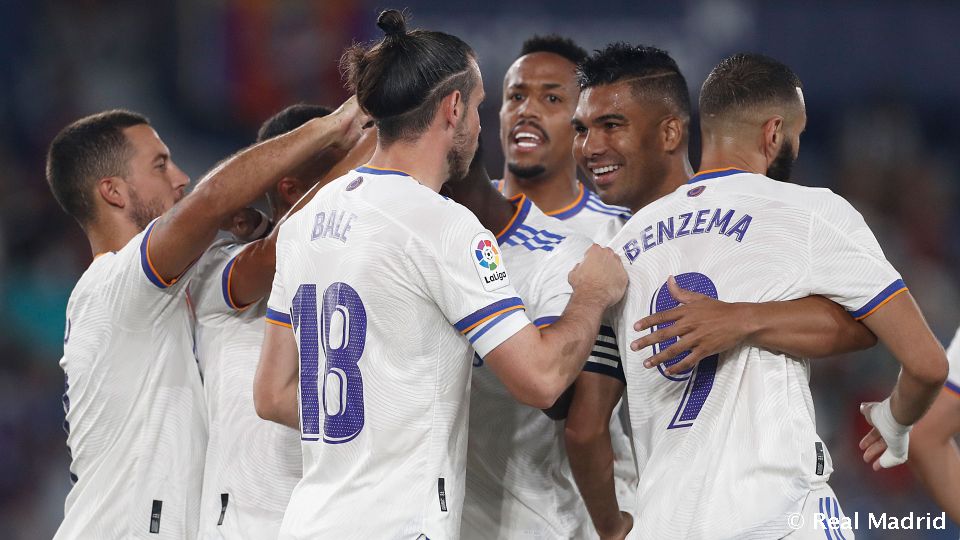