Goals from Rocío, Olga and Lorena gave the Whites the victory against Wacker Innsbruck and they will now face Turbine Potsdam in the final (Sunday, 5:30pm CEST).
Donawitz Stadium

0
Real Madrid's progress continues as they gear up for the season. David Aznar's side overwhelmed Wacker Innsbruck courtesy of goals from Rocío, Olga and Lorena to record their second win from the two matches played so far in the pre-season. The win also means the Whites will play in the final of the Leoben Trophy against Turbine Potsdam (Sunday, 5:30pm CEST).

The madridistas dominated proceedings from the start, but had to wait until the second half to open the scoring, despite carving out clear-cut chances to take the lead before the break. Lucía's first chance came in the 2nd minute, when her shot from the edge of the area narrowly missed the target. Athenea had a better chance in the 14th minute after Lucía's pin-point cross, but her effort from the penalty spot fell kindly into Gutner's hands.

More openings
Real Madrid applied the pressure even more after the re-start and Aznar´s side almost broke the deadlock on 48’. A fine run down the left wing by Athenea took her past two defenders and her cutback found Teresa but the latter fired over from inside the box. Four minutes later, Athenea was again involved. The forward latched onto to a rebound inside the area but her effort came crashing back off the crossbar. This was Madrid’s best spell of the clash and the Whites almost found the net on 55’ when Lorena found the Cantabria-born player but her header was off target.

The Austrians were proving to be very resolute at the back, but in the final minutes Real Madrid found a way through and didn’t look back. On 84’, Rocío scored with a superb header from a set-piece, Olga then doubled the lead four minutes later when she converted a penalty and in stoppage time Lorena completed the scoring when she capitalised on a mistake by the goalkeeper. 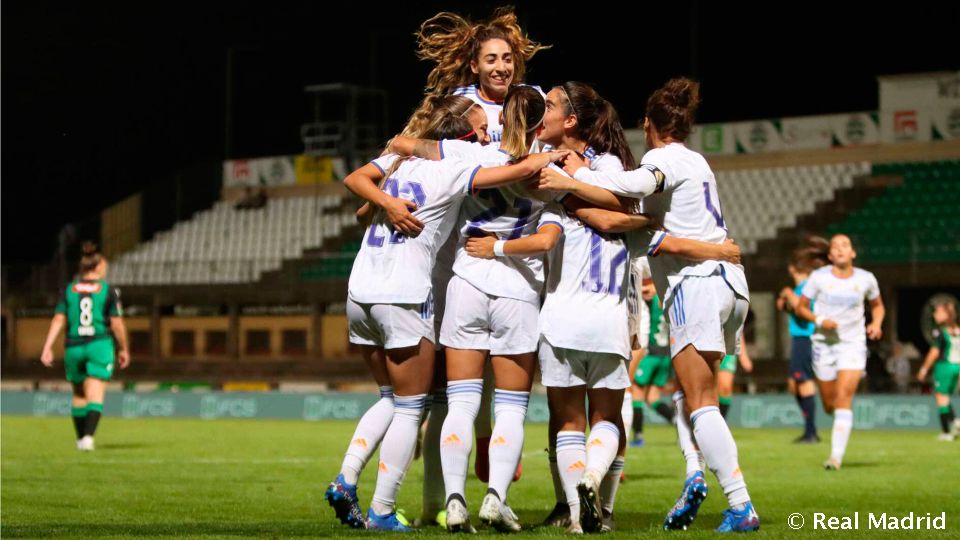