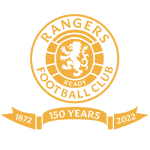 Rodrygo put Ancelotti's side in front in the first half against a team who came from behind in the second.

Real Madrid were unable to beat Rangers at Ibrox Stadium in their first pre-season friendly. The match was a lively affair from the off as Rangers pressed hard and looked to win back the ball from Real Madrid. The home side, spurred on by their fans in their 150th anniversary tribute match, were quick to regain possession and played the ball to Sakala, who created several chances against Lunin's goal. Although Ancelotti's side took the lead on the first counter-attack.

Ødegaard drove with the ball from his own half into the box, setting up Rodrygo and the Brazilian, after a lovely cut-back, fired home with the outside of his boot (8 mins). The Scots responded immediately with a couple of chances through their striker. It was clear which team had played more as the minutes ticked by and, on the half-hour mark, Kent had a great chance to equalise. But with everything on his side, he smashed the ball against the crossbar.

Ancelotti brought on Arribas after the break, and just after coming on he won back a ball that ended with Rodrygo's shot from the edge of the area, although the effort was off target. Then, the Brazilian forward's link-up on the left flank with Marcelo ended with a cross from the full-back that Arribas headed over. Just when our side were at their best, the equaliser came. Sakala found space and beat Lunin with a powerful shot in the 55th minute.

Sending off
More fresh legs came on in the second half: Marvin, Gila, Morante, Dotor and Miguel. The latter hit the post in the 70th minute after overlapping Marcelo on the left. The team was reduced to ten men after Nacho was sent off and the game went Rangers' way. The Scots struck the winner through Itten, after coming on and pouncing on a loose ball to make it 2-1. Real Madrid, who went in search of a late equaliser, will play their next pre-season game against Milan on 8 August. 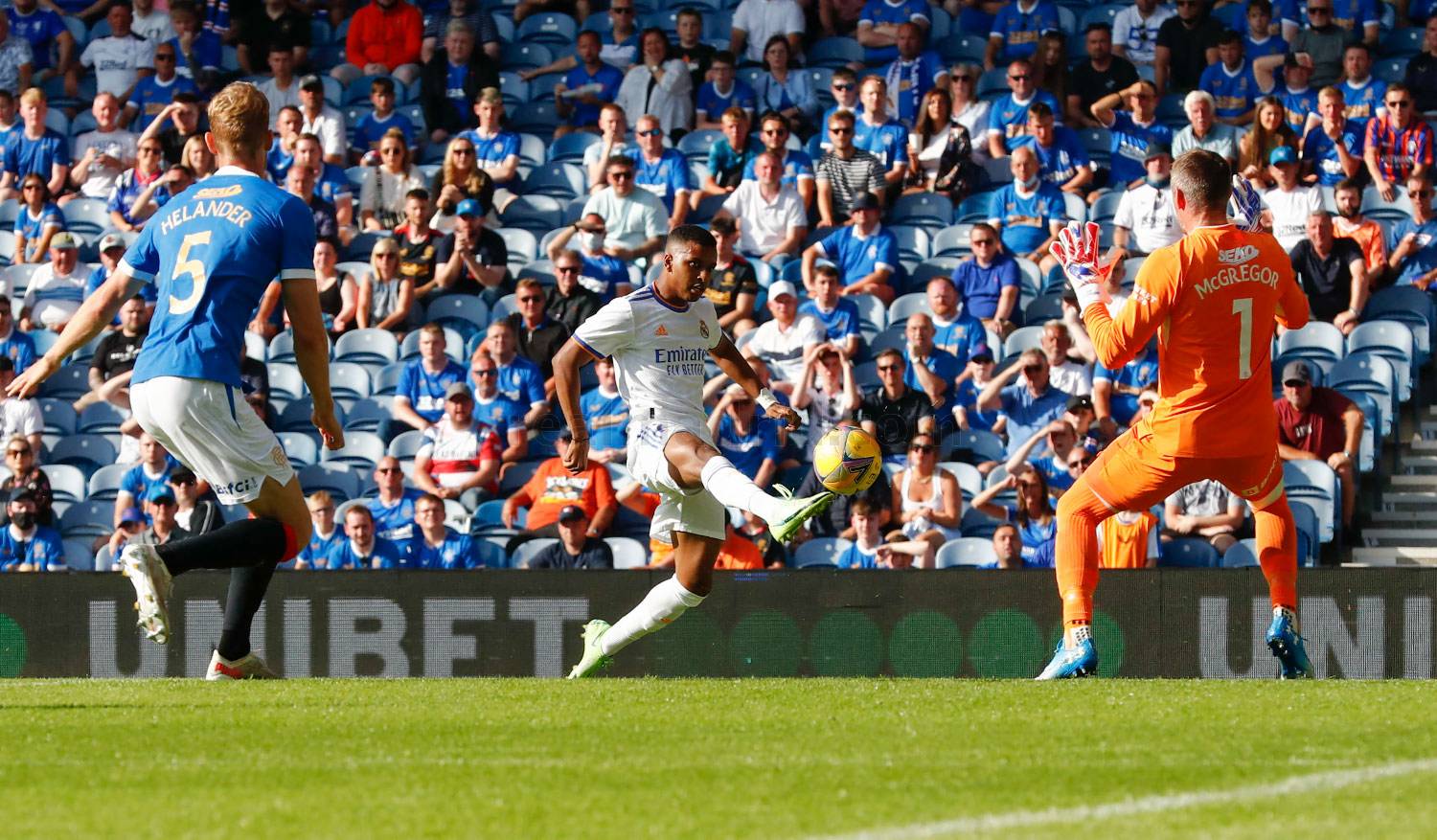 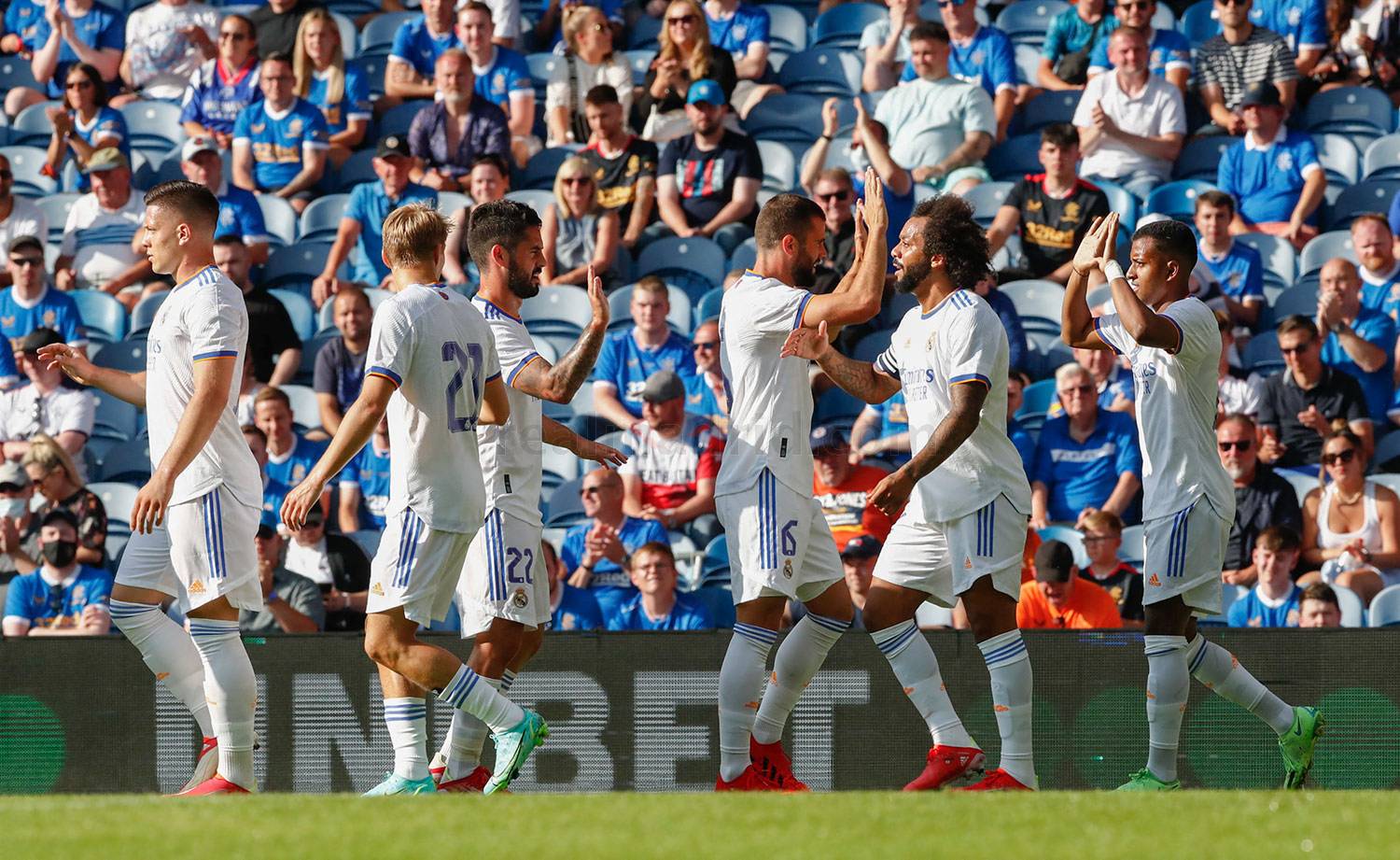 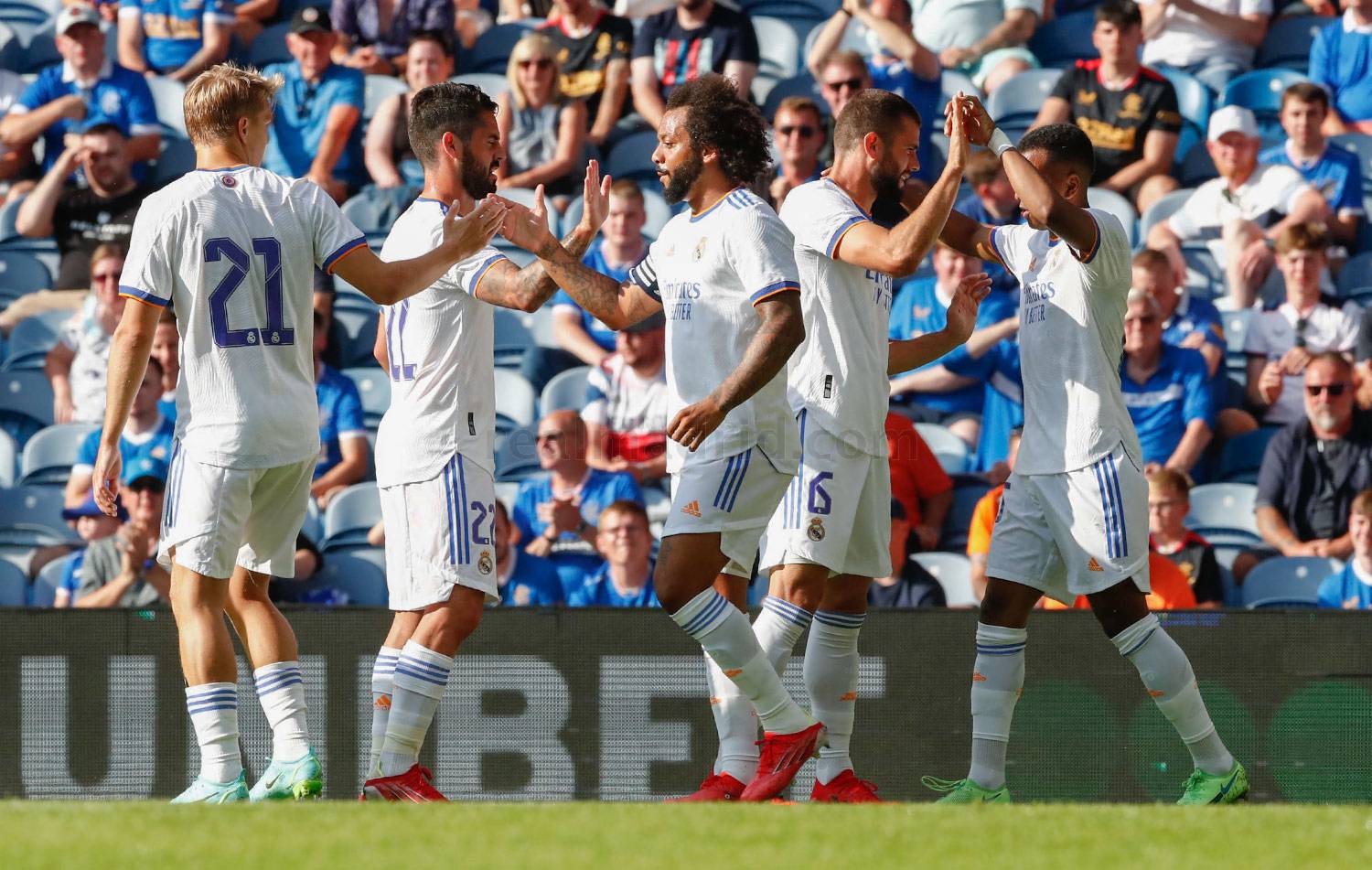 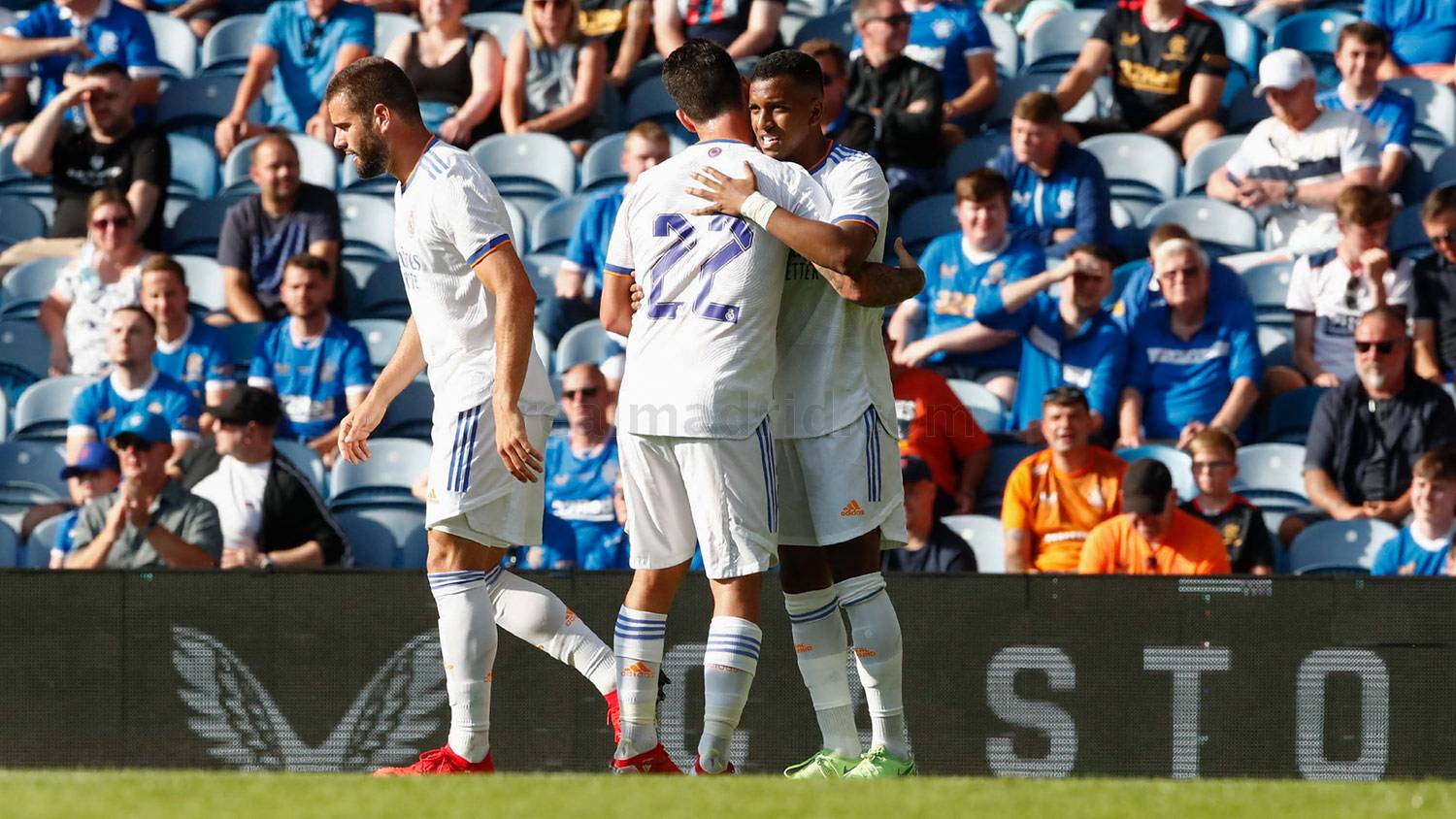 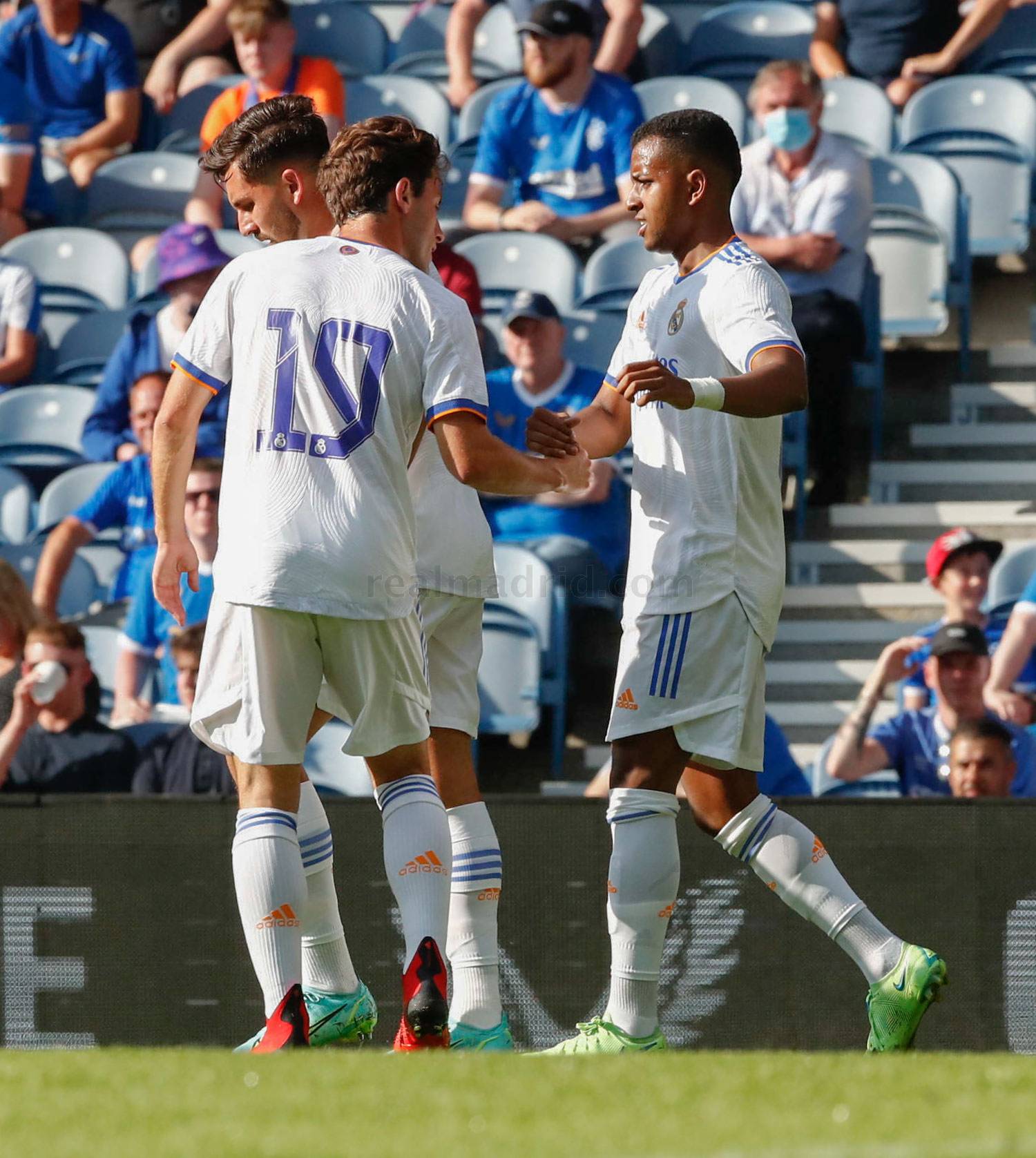 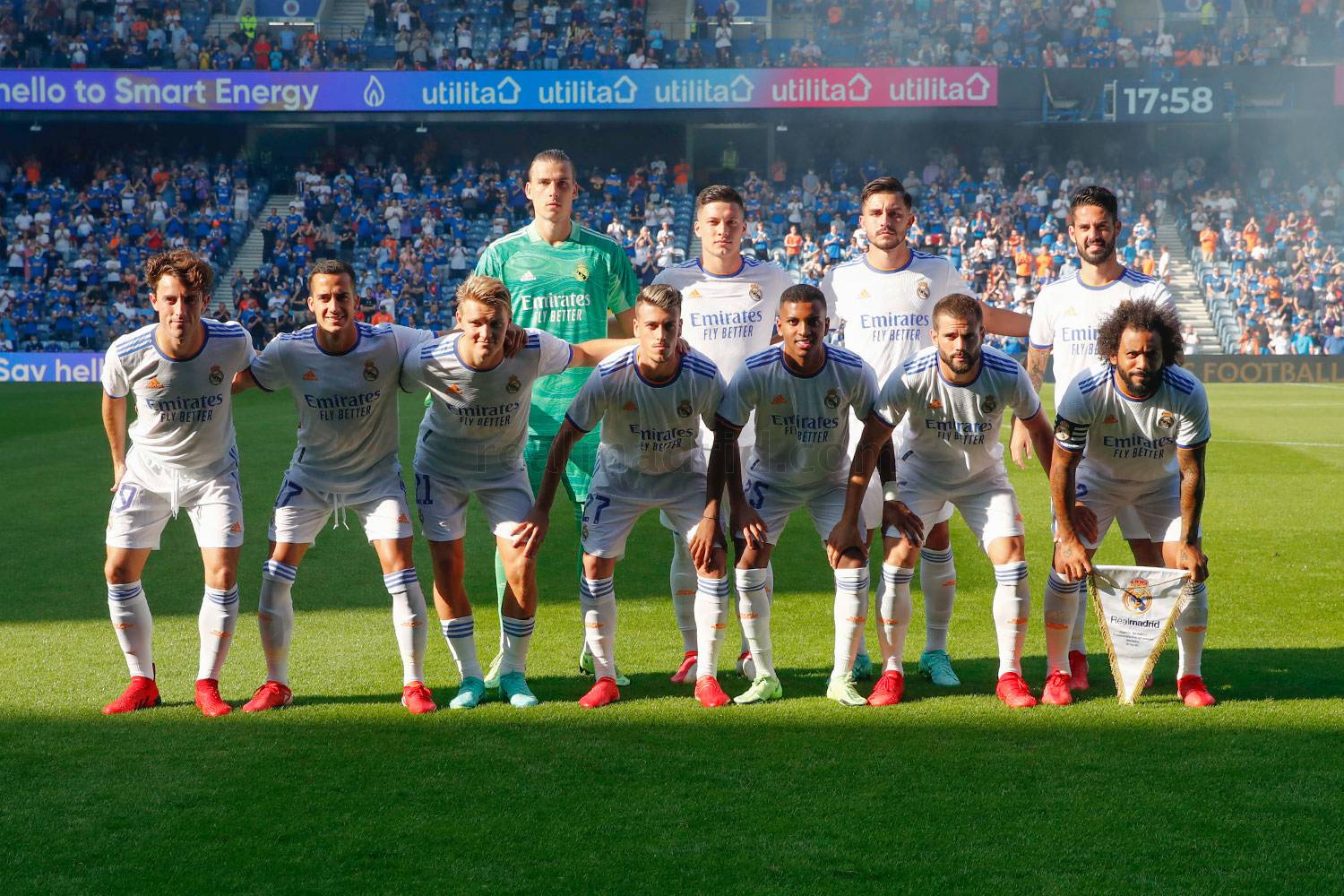 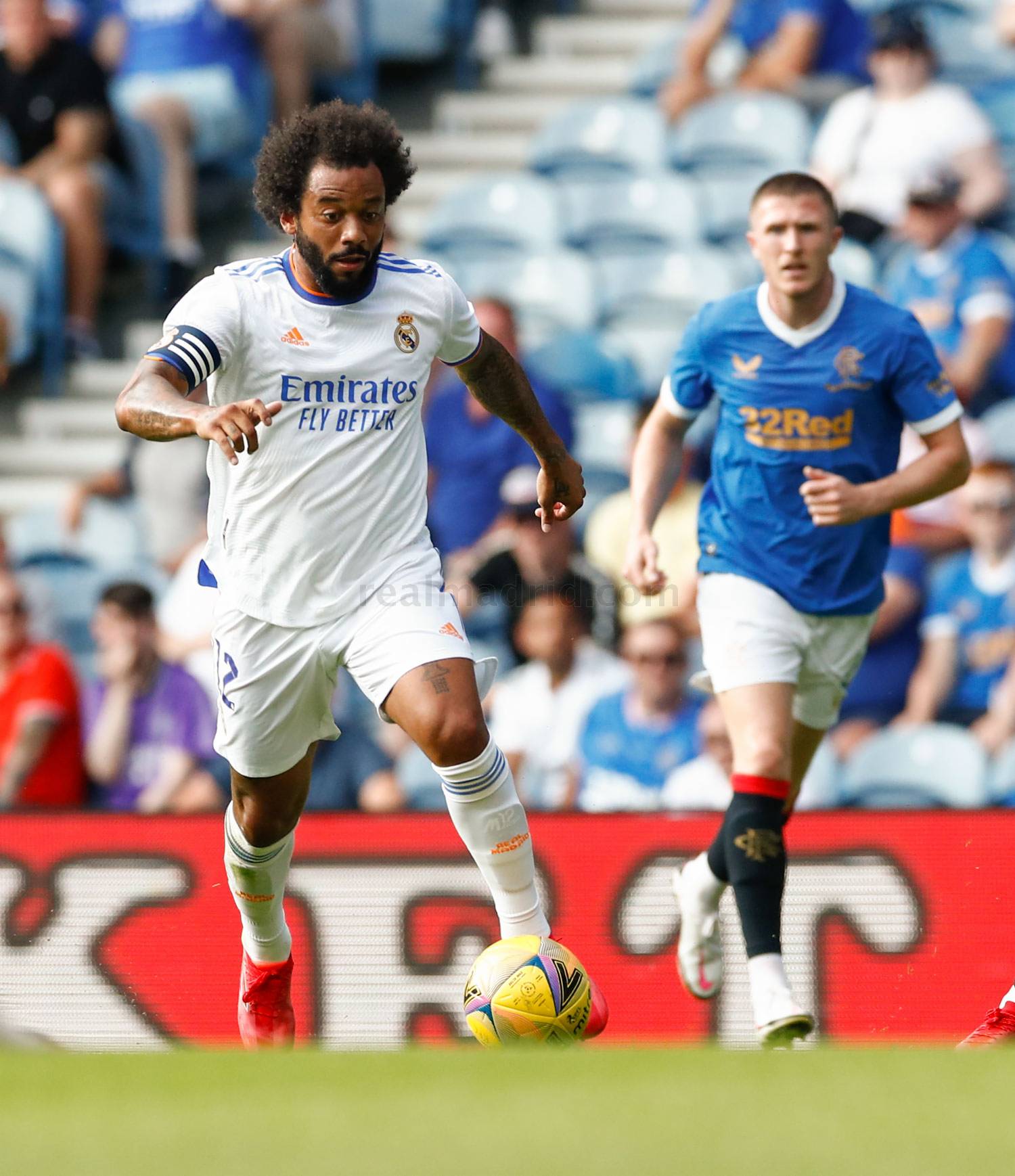 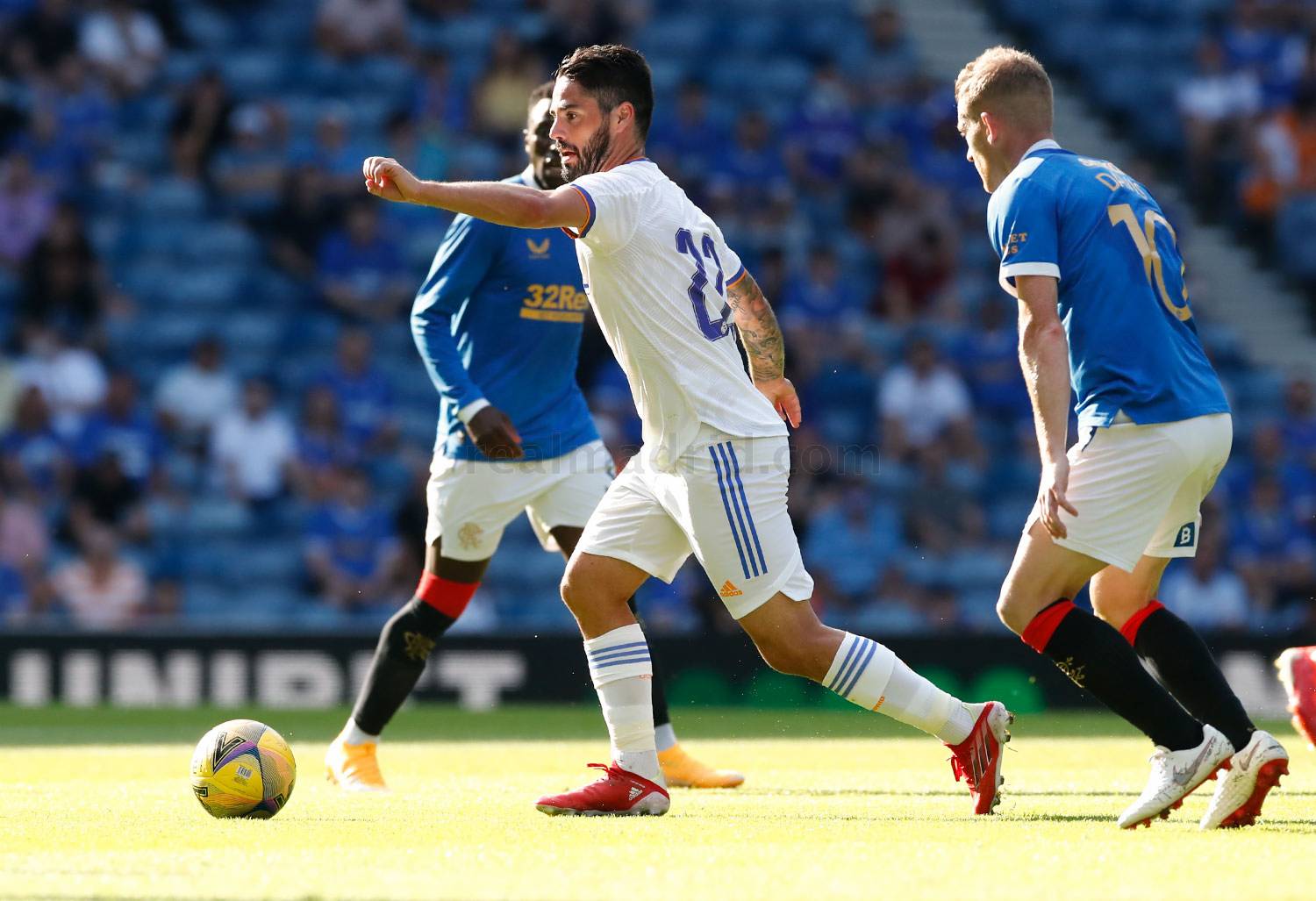 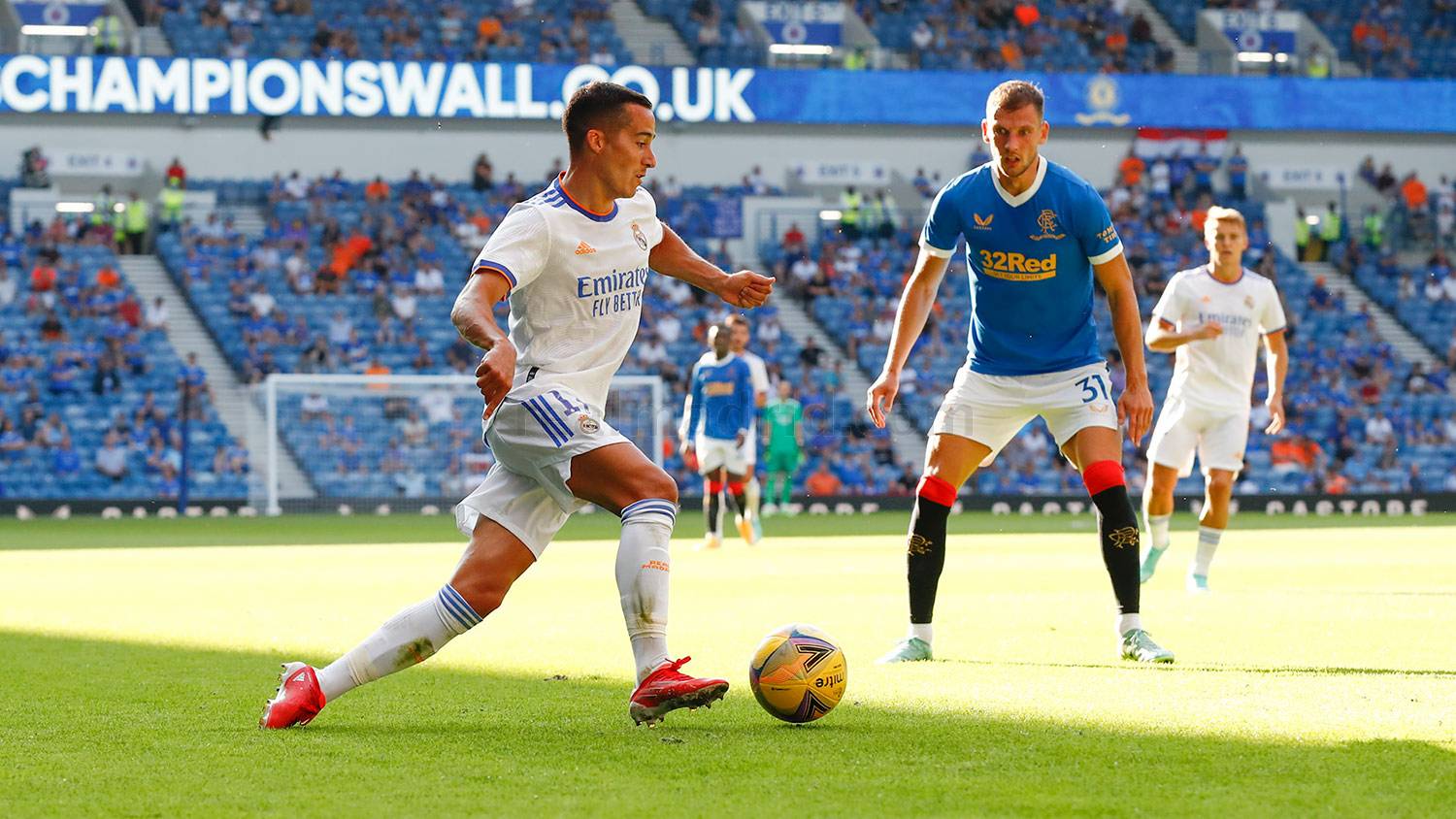 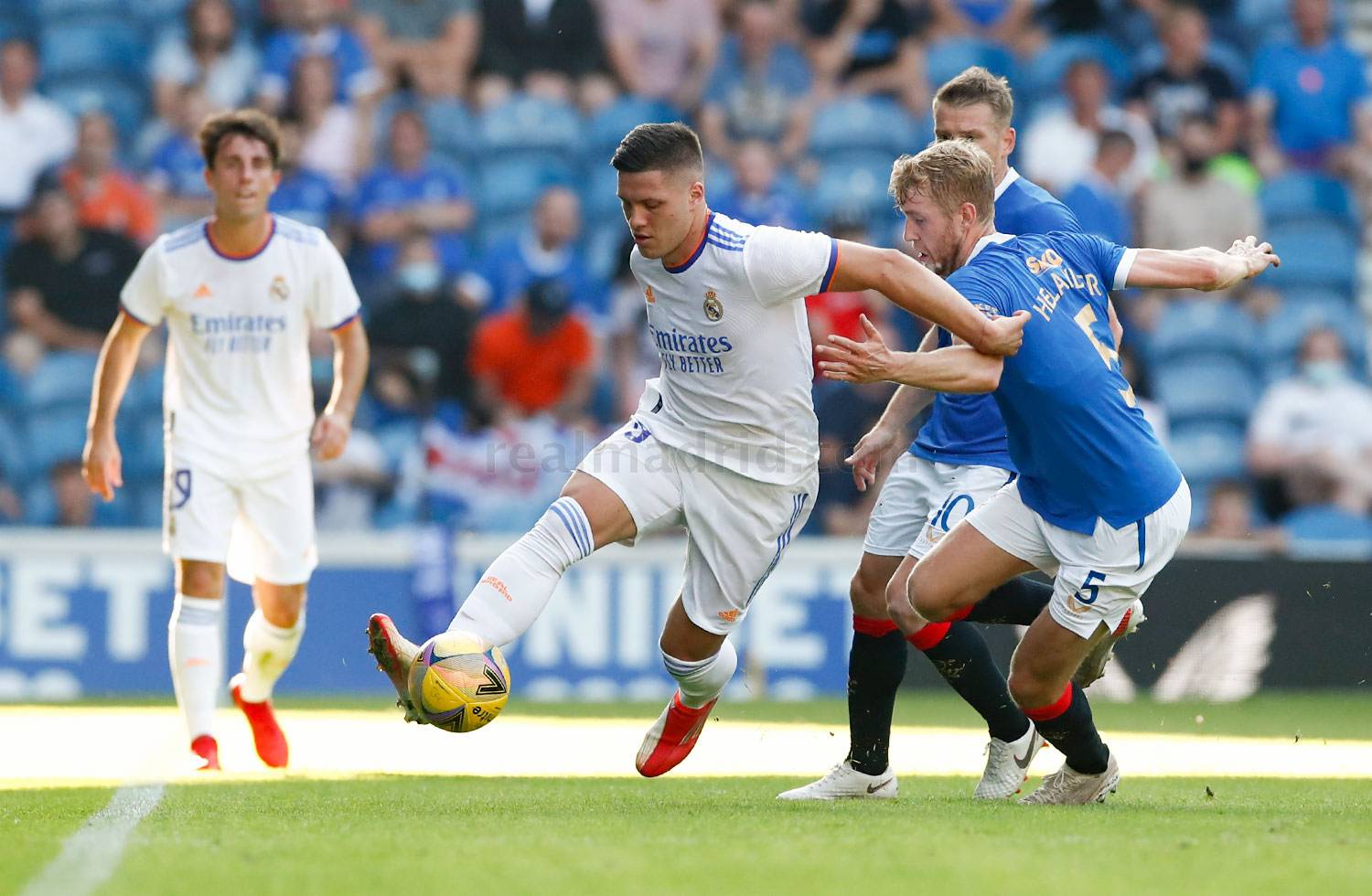 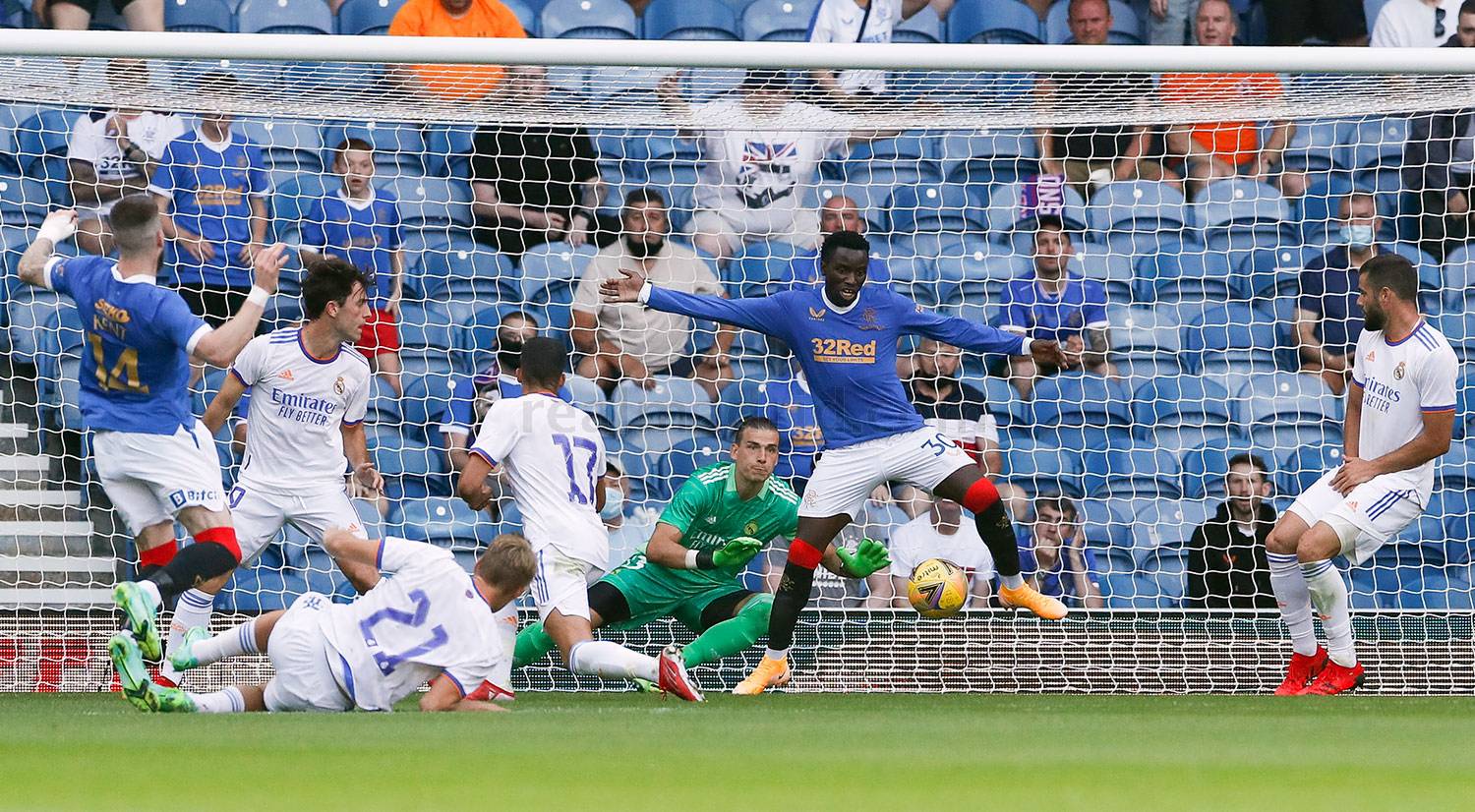 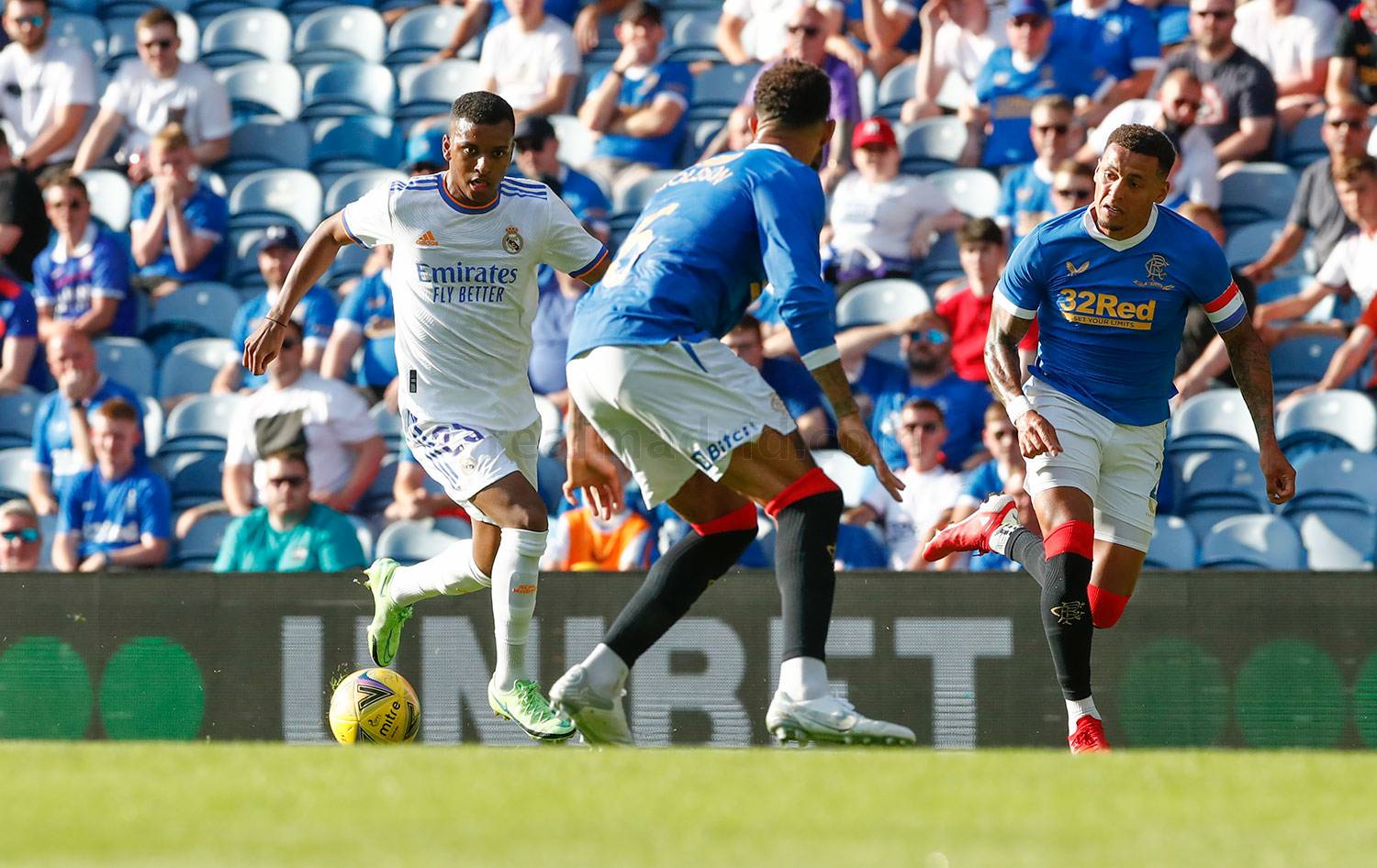 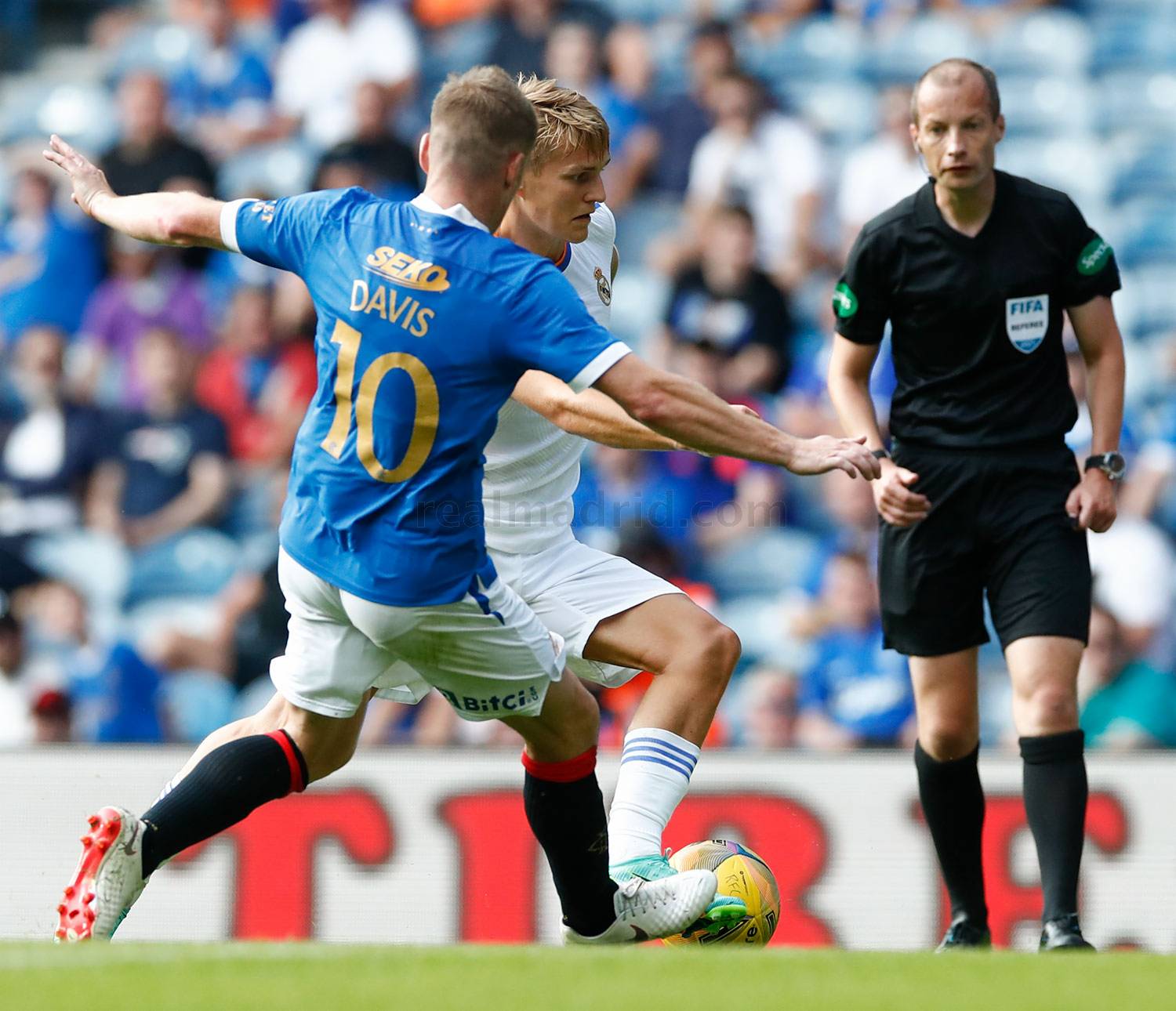 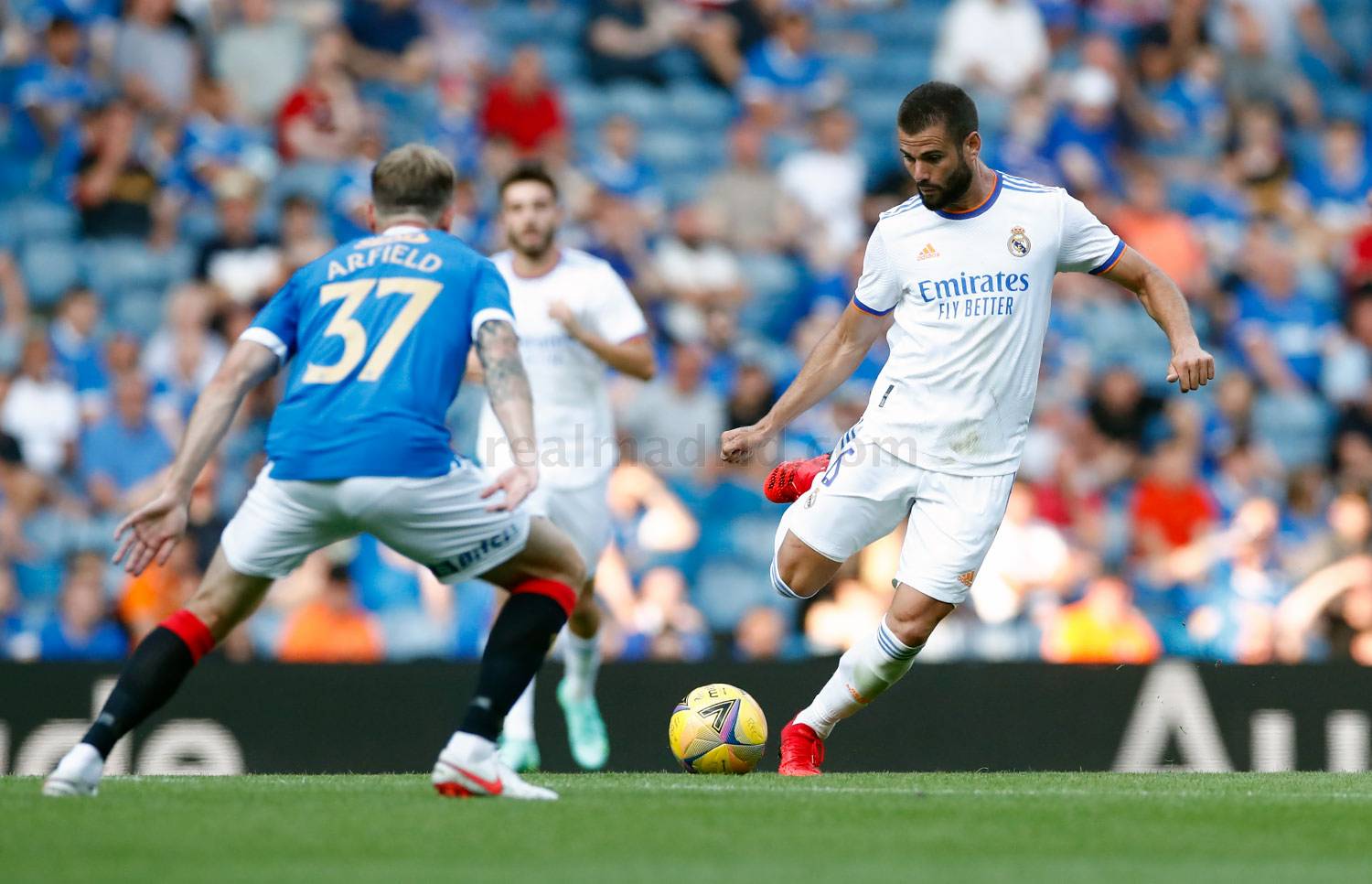 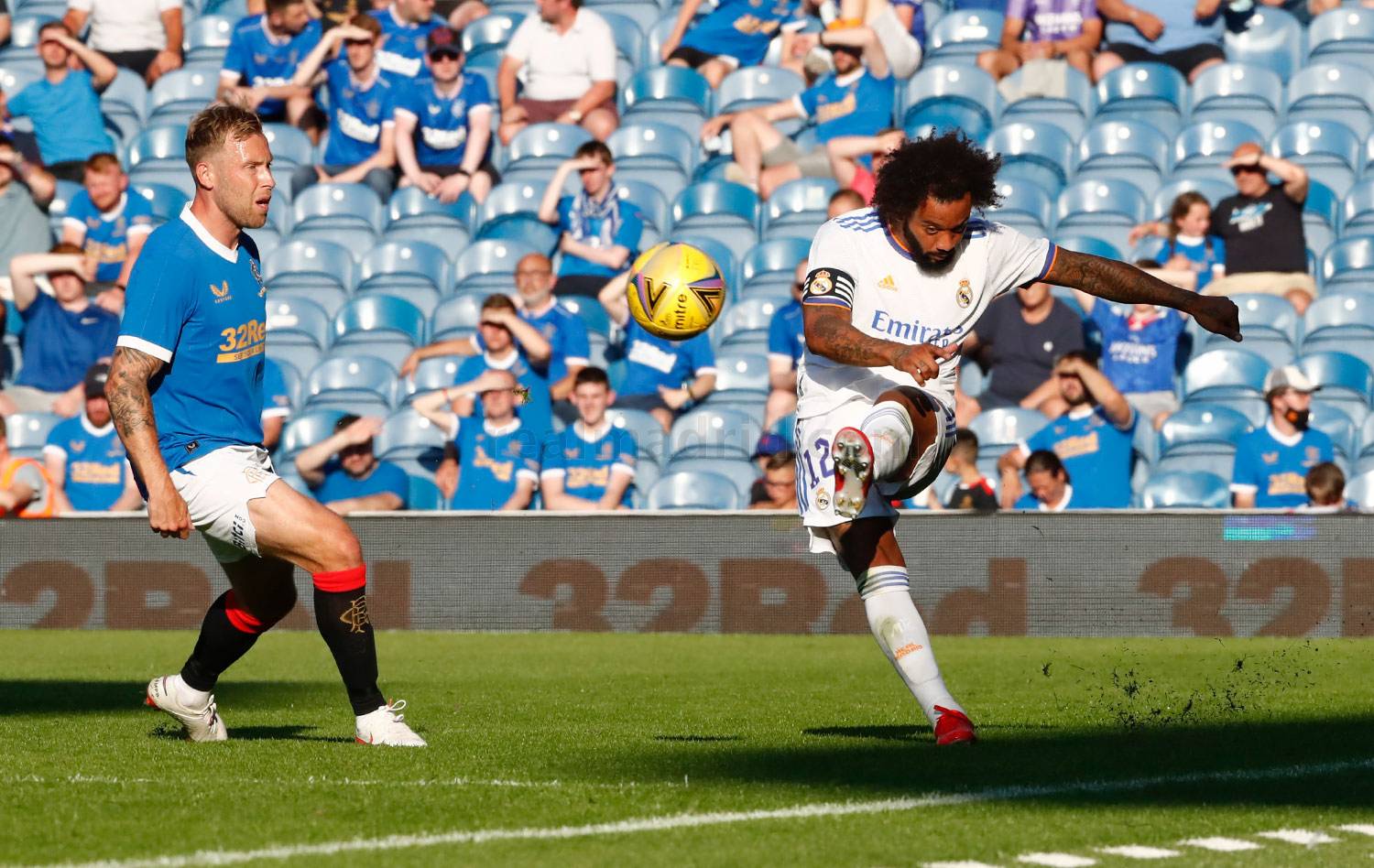 Mario Gila, Iván Morante and Carlos Dotor made their debuts for Real Madrid in this match. The three Castilla players came on in the second half in place of Chust, Ødegaard and Blanco.