The French point guard comes to the club from Asvel Villeurbanne, who won the league and cup this season.
Thomas Heurtel (10-4-1989; Bèziers, France) is a new Real Madrid player for the next campaign. Our club have signed a deal with one of Europe's best point guards. He comes from Asvel Villeurbanne, French league and cup champions this season, where he's averaged 14.7 points, 6.3 assists and a PIR of 17. Heurtel is a hugely talented player who scores bags of points and is capable of deciding games.

Halfway through the 2020-21 campaign, Heurtel returned to France to play for Asvel, guiding them to the cup with a superb display in the final, where he posted 18 points, 7 assists and 6 rebounds. He's also been a key man in the league as the team raced to the domestic title. With the French national side, he was crowned Eurobasket champion in 2013 and finished third at the World Championships in 2014.

He began his career in the Pau Orthez academy, making his first-team debut at 18 years old in the 2007-08 campaign. He then headed to Strasbourg, before moving for his first stint in Spain with Meridiano Alicante (2010-11) and Caja Laboral (2011-14). In December 2014 he signed for Turkish side Anadolu Efes, winning 1 Cup and 1 Super Cup in two-and-a-half seasons, before returning to the ACB. His second spell in Spain saw him play for FC Barcelona. 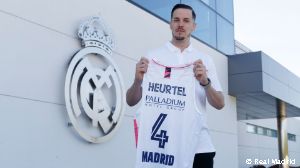