On 29 June 1920, King Alfonso XIII granted Madrid the right to use the title.
On 29 June 1920, King Alfonso XIII bestowed the title of Real (Royal) on Madrid when he issued a letter, sent by the high steward to the club's president, Pedro Parages, in which he gave the club permission to use the title. The letter read as follows: "His Majesty the King takes great pleasure in granting the football club which you serve as worthy president with the title of Real (royal), which may be placed before the club’s name from now forth. I hereby inform you of the above and the consequences thereof". 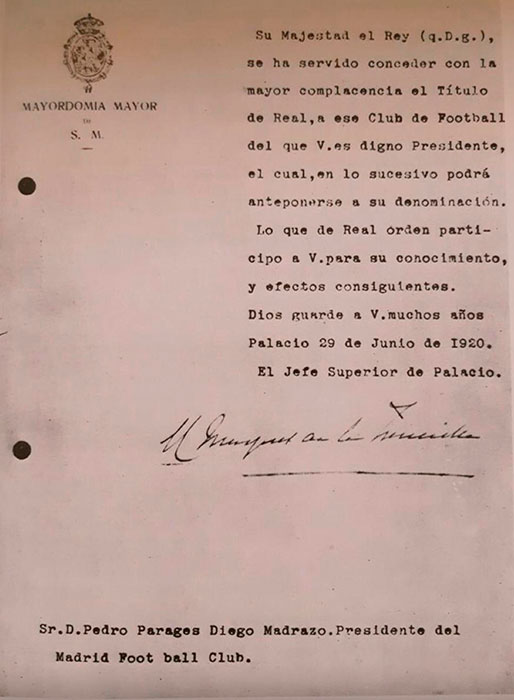