The center became the youngest player to register a double-double in the league playoffs with 16 points and 14 rebounds against Valencia Basket.
Usman Garuba's outstanding performance in Real Madrid's pivotal victory over Valencia Basket in the third game of the league playoff semi-finals will be remembered for years to come in the ACB. At just 19 years and 3 months old, the center became the youngest player in the history of the competition to register a double-double in a playoff after posting 16 points and 14 rebounds.

Garuba also set the best rebounding total by a player at his age, eclipsing the 13 catches made by his former teammate Doncic, as well as Larsen and Hernandez-Sonseca. He also posted the third-highest scoring performance by a young player in the championship playoffs. The center recorded 16 points with 3/3 free throws, 2/5 two-pointers and 3/5 three-pointers. He was second only to Galilea (22) and Claver (18).

Garuba is making tremendous progress in Pablo Laso's team. The academy product is getting better every day and is now an essential part of the side because of his energy, physical strength and flair. He also broke several personal records in the win against Valencia Basket: highest points tally (16 points), most three-pointers (3), and most rebounds (14). 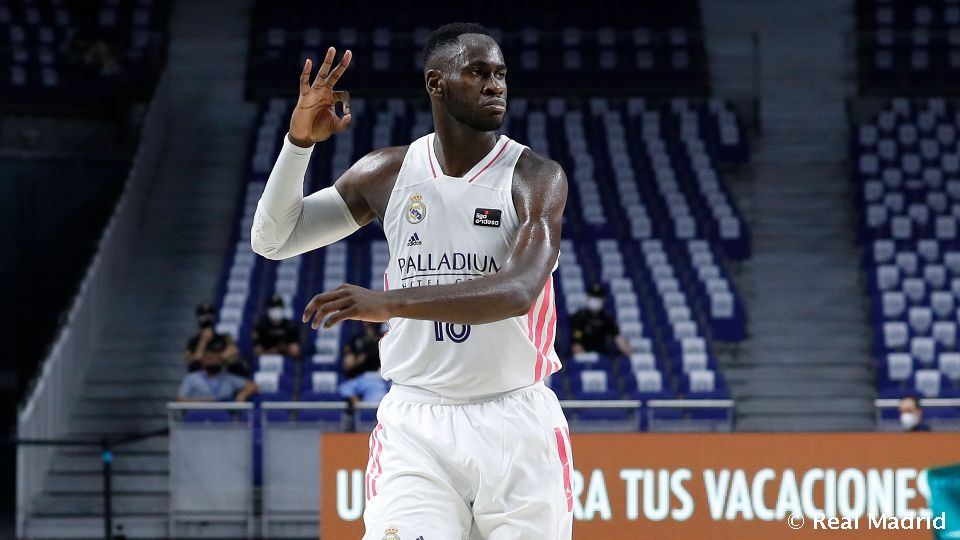