"We couldn't possibly be in any better form as we head into the play-offs", commented the frontman, who has notched 12 goals for the club's second string.
Hugo Duro, who is Castilla's leading goalscorer with 12 strikes to his name, spoke to Realmadrid TV to reflected on the season that Raúl's side have had and share his thoughts ahead of the first round of the play-offs for promotion to Segunda, which will be played in Ibiza (Sunday, 12 noon CET): "The vibes are really good, we're on a really good run of form. We beat Badajoz and Talavera and so we're feeling really confident and are just looking forward to the game".

“There's no question that winning football matches boosts any team's spirits. There's a joy to the team and an assurance about us. We couldn't be in any better form".

Estadio Nuevo Vivero
"I don't think that the stadium will influence things in any way. They're a really good side and it doesn't matter whether they play on natural grass or an artificial pitch. Both teams will be going all out and the best team will ultimately win".

Strategy
"We have to compete, defend with everything we've got and when we get any chances try to put as many as possible away. What's more, they're a side that don't concede many".

Maiden play-off campaign
"We're raring to go, especially as we're now so close to achieving promotion. Before the season started, we couldn't have imagined this, although we did set ourselves this target. We're raring to go and I think that we're capable of going out and performing well. We've got a pretty good chance of going up". 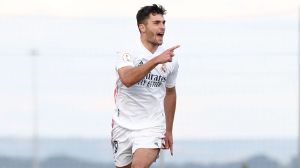 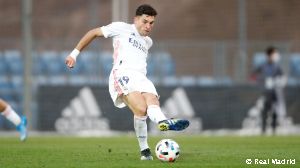