3
Real Madrid extended their fine run away from home at the Ciudad Deportiva Fundación Rayo Vallecano as they picked up a fifth consecutive win on the road. Goals from Kaci, Jessica Martínez and Marta Corredera cemented the madridistas in the Champions League spots with just five games left to play in the Primera Iberdrola.

Following an evenly-matched opening spell, David Aznar's side went ahead with 26 minutes on the clock thanks to Kaci. The move began when Olga crossed from the left, the hosts' goalkeeper parried the ball out but the French forward pounced to open the scoring. Having taken the lead, Real Madrid began to assert their dominance on proceedings and enjoyed good chances to extend the deficit following the half-time break. With 53 minutes gone, Jakobsson played a sublime ball through to Olga from the flank but her shot was blocked by the hosts' defender. Five minutes later, Teresa tried her luck with a fierce long-range effort which flew just over the bar.

Put the game to bed
The madridistas' superiority finally told with just over an hour gone as Jessica Martínez, having just come on, made it 0-2 when she headed home Kenti Robles' cross. The Whites made absolutely sure of the points with ten minutes left on the clock when Marta Corredera unleashed an astonishing strike from outside the box which arched into the top corner. The madridistas now turn their attentions to the next league meeting with Éibar at Real Madrid City. 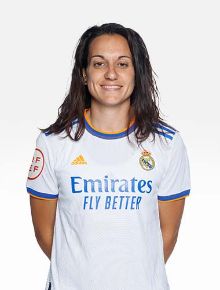 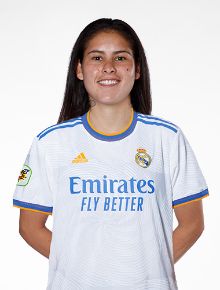 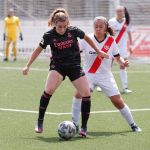