David Aznar’s side are in action at Real Madrid City on matchday 28 of the league (12pm CEST, Realmadrid TV).
Real Madrid head into the penultimate month of the season and will be in action four times in the Primera Iberdrola. The Whites begin May by welcoming Sporting de Huelva to Real Madrid City on matchday 28 of the league competition (12pm CEST, Realmadrid TV) and go into the month with the aim of picking up as many wins as possible in order to cement a position in the Champions League places. The madridistas currently sit in third place in the table, with a six-point cushion above fourth-placed Real Sociedad and are just one point behind Levante in second place.

David Aznar’s side are the league’s second highest scorers and now boast an array of 14 different goal scorers after Kenti Robles got her name on the scoresheet last time out against Madrid CFF. Aznar has named his squad, as the Whites go in search of a precious three points. Meanwhile, Sporting de Huelva lie in eleventh position on 27 points, with a record of eight wins, seven draws and twelve defeats. In the reverse game this season, Madrid clinched victory thanks to a goal by Jakobsson (0-1). 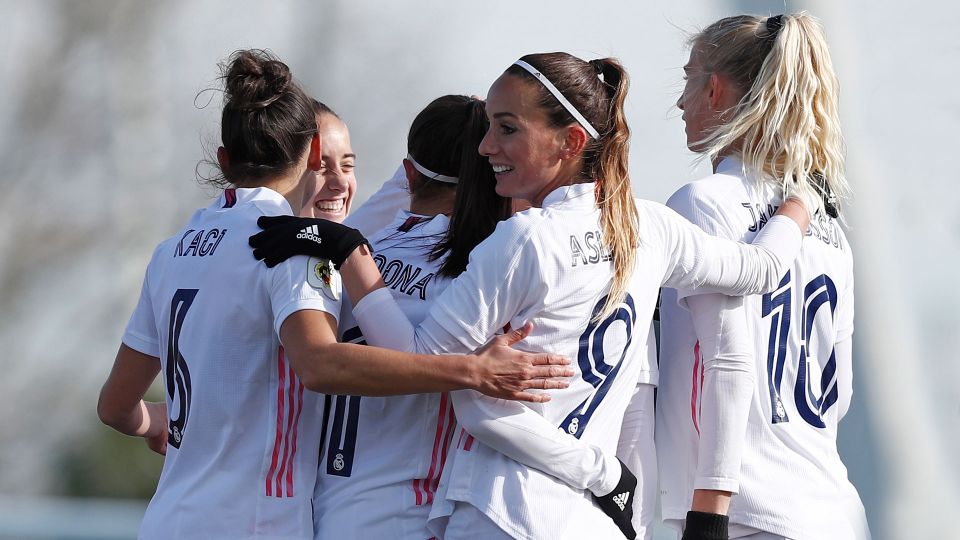