Victory in the Clásico

Goals for Benzema, who has now found the net in his last 7 LaLiga games, and Kroos, clinch three points for Madrid at the Di Stéfano against Barcelona.

Real Madrid took all three points in a frenetic Clásico played amid fierce wind and driving rain. Zidane's men paved the way for victory in the first half when they went ahead through Benzema's fine back-heel before Kroos doubled the lead from a free-kick. Mingueza reduced the deficit in the second half but the hosts hung on to seal three crucial points.

The game kicked off at breakneck pace and in the early end-to-end exchanges, Real Madrid were the first to strike with nearly quarter of an hour gone. Valverde began a counter-attack and laid the ball to Lucas Vázquez, who crossed into the box where Benzema waiting to execute a sublime backheel which beat Ter Stegen. The madridistas were ahead but they weren't hanging around and they doubled their lead on 28’. A marvellous move by Vinicius Jr. saw him brought down by Araujo on the edge of the box. Kroos stepped up to take the free-kick and the ball cannoned off Dest, while Jordi Alba was unable to clear it off the line with his head, instead turning into the net.


Zidane's side were looking dangerous on the counter-attack and could have got the third goal after a quick attacking transition started by Modrić in the 34th minute, before Vinicius Jr. played in Valverde whose cross-shot struck the woodwork. The ball fell to Lucas Vázquez and his first-time shot was well saved by Ter Stegen. Vázquez was then replaced by Odriozola on the stroke of half-time after picking up a knock. In stoppage time, Messi struck the post from a corner and shortly afterwards Courtois came out on top in a one-on-one with the Argentine.

Real Madrid hit the woodwork for a second time
The rain and the wind picked up in a second half that saw Barcelona get a goal back in the 60th minute through Mingueza, but Real Madrid had a chance for the third two minutes later. Vinicius Jr. whipped in a cross and the ball hit Araujo who deflected it on to the post. Zidane brought on Mariano, Isco and Marcelo for Benzema, Kroos and Vinicius Jr. with 71 minutes gone.

The game was in the balance as the Whites went close again in the 76th minute when Odriozola's cross-shot was turned behind for a corner by Ter Stegen. Casemiro was sent off for a second yellow card in the 90th minute as the home side looked to defend their lead with the game alive until the very last play of the match as Ilaix rattled the crossbar at the death. Madrid came out on top in the Clásico and now switch their attentions to the Champions League quarter-final second leg against Liverpool (Wednesday, 9pm CEST). 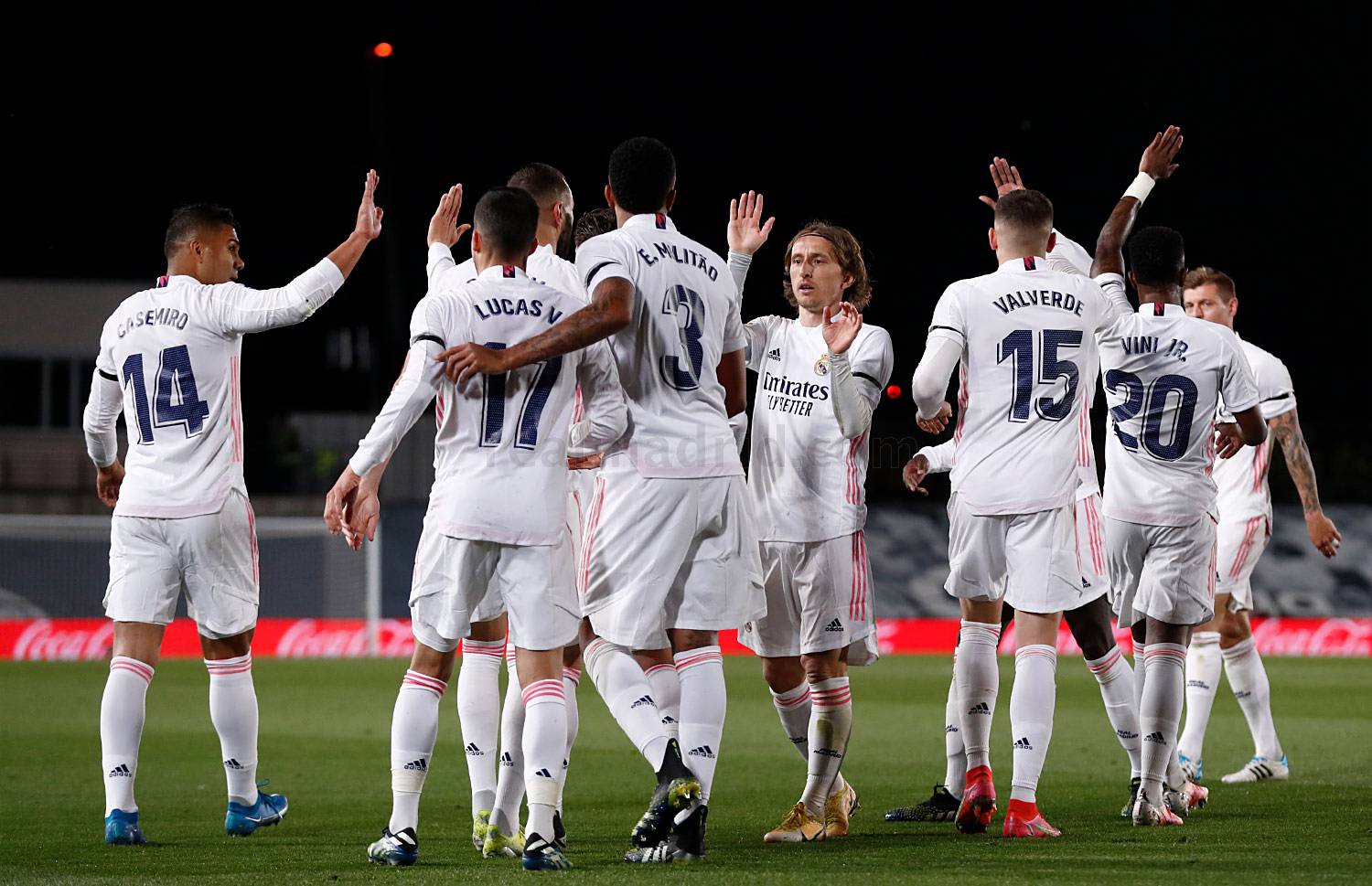 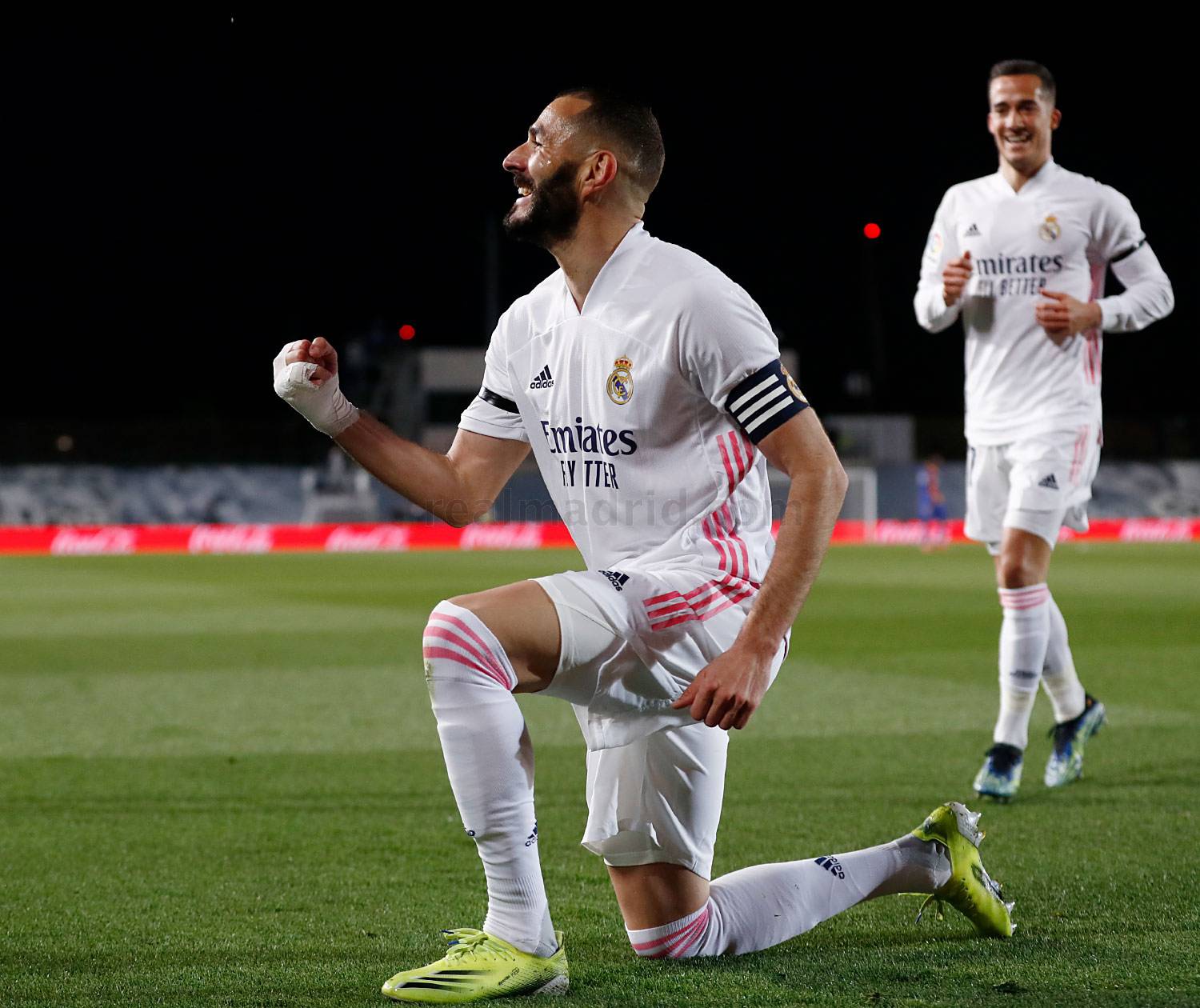 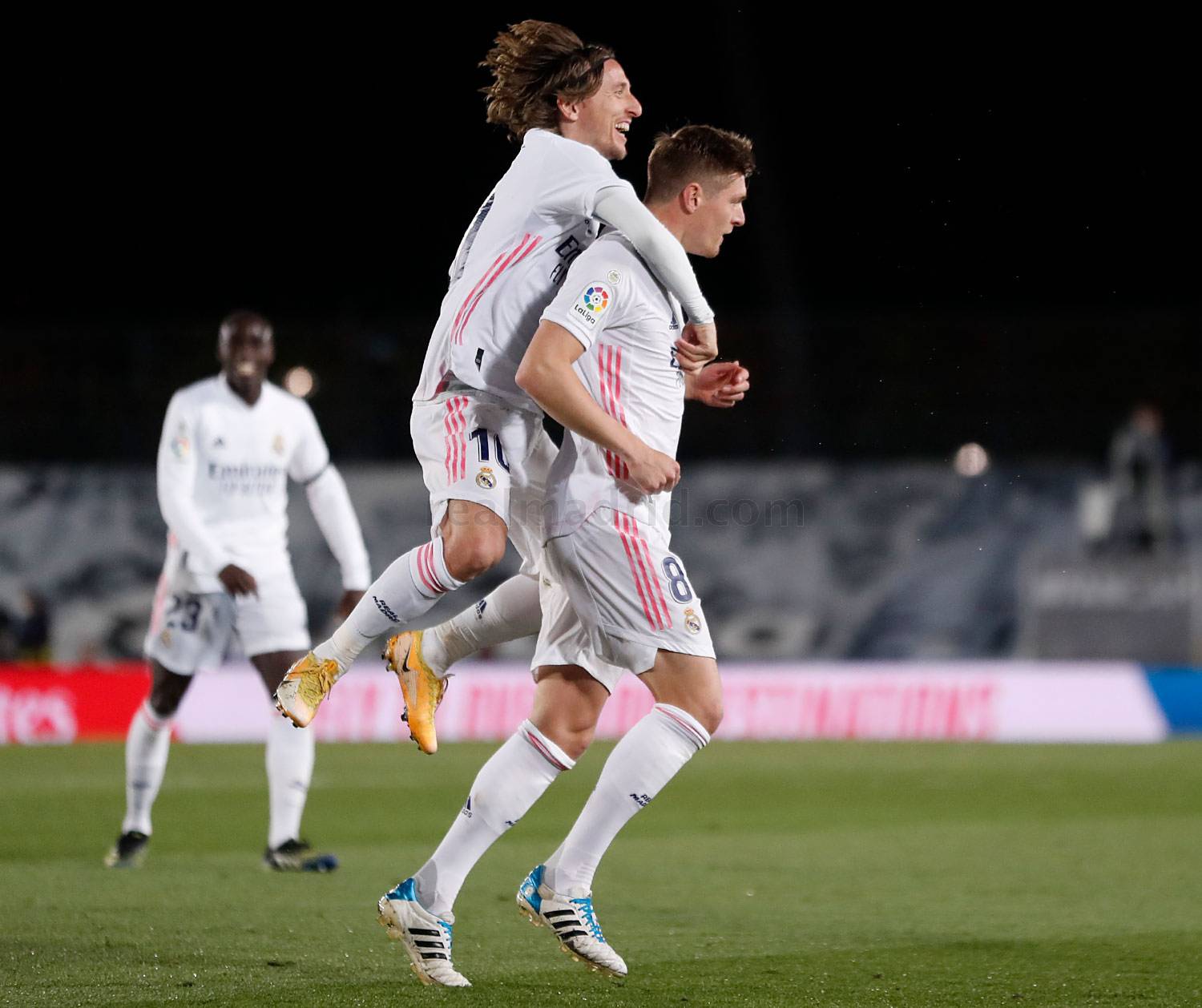 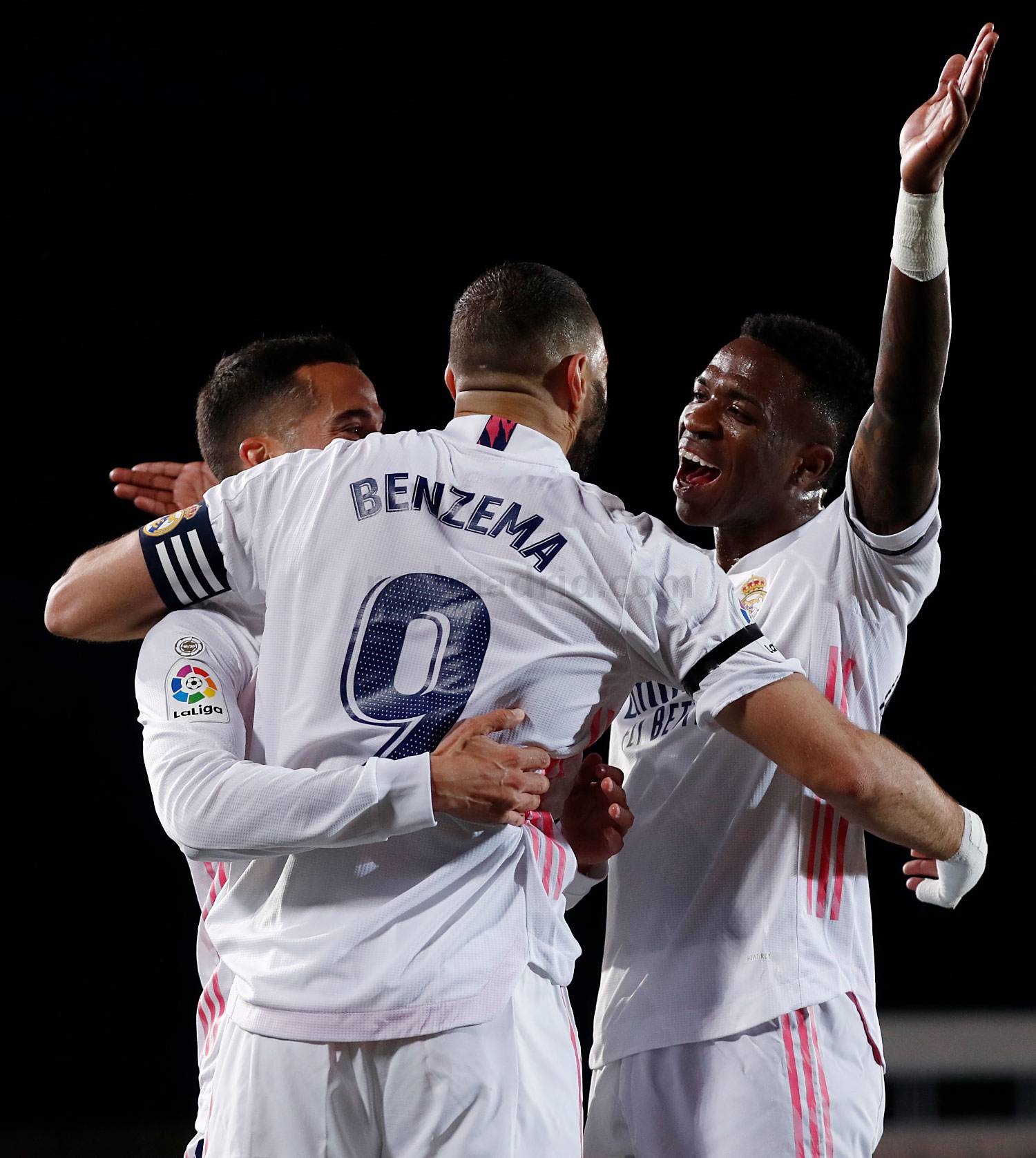 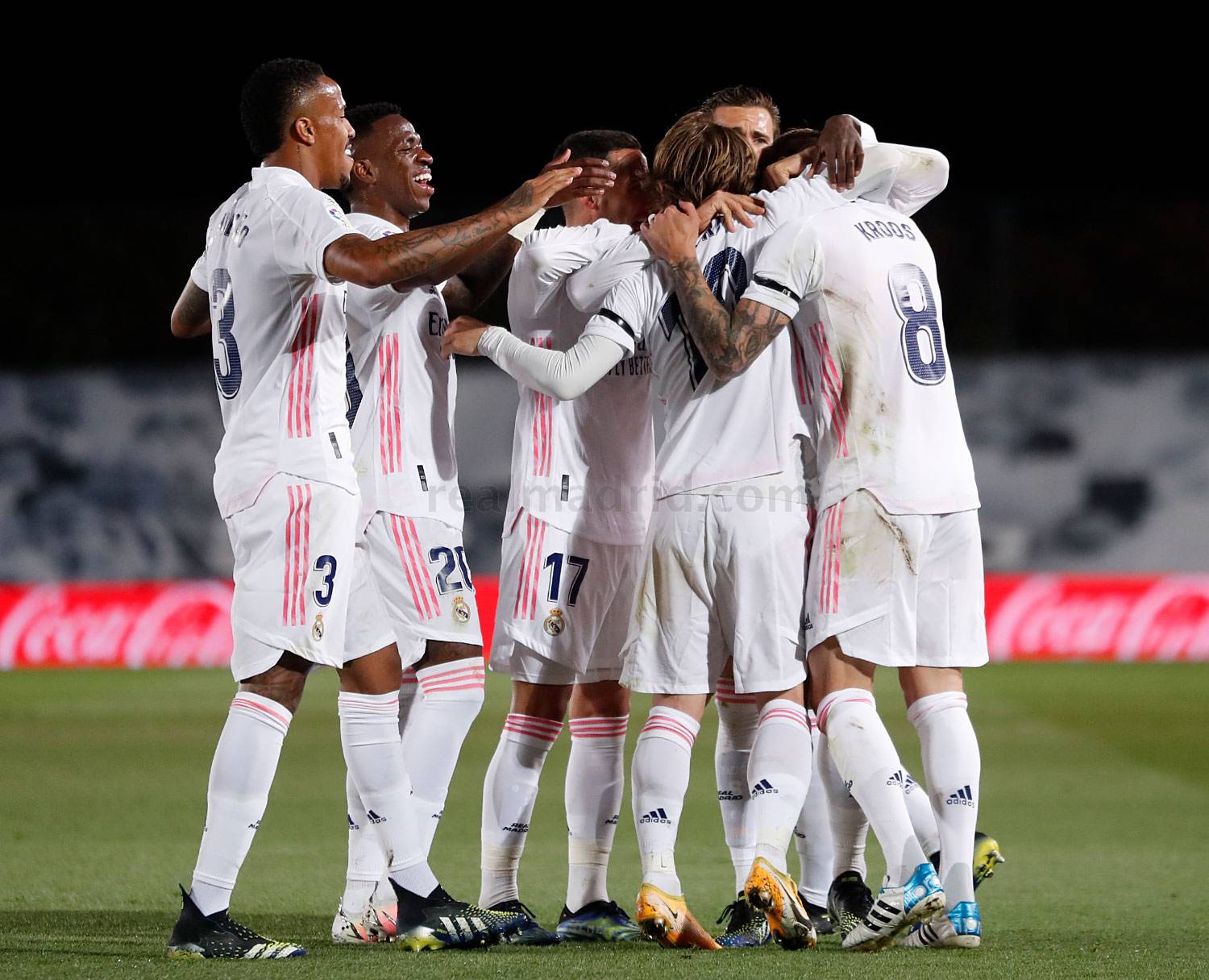 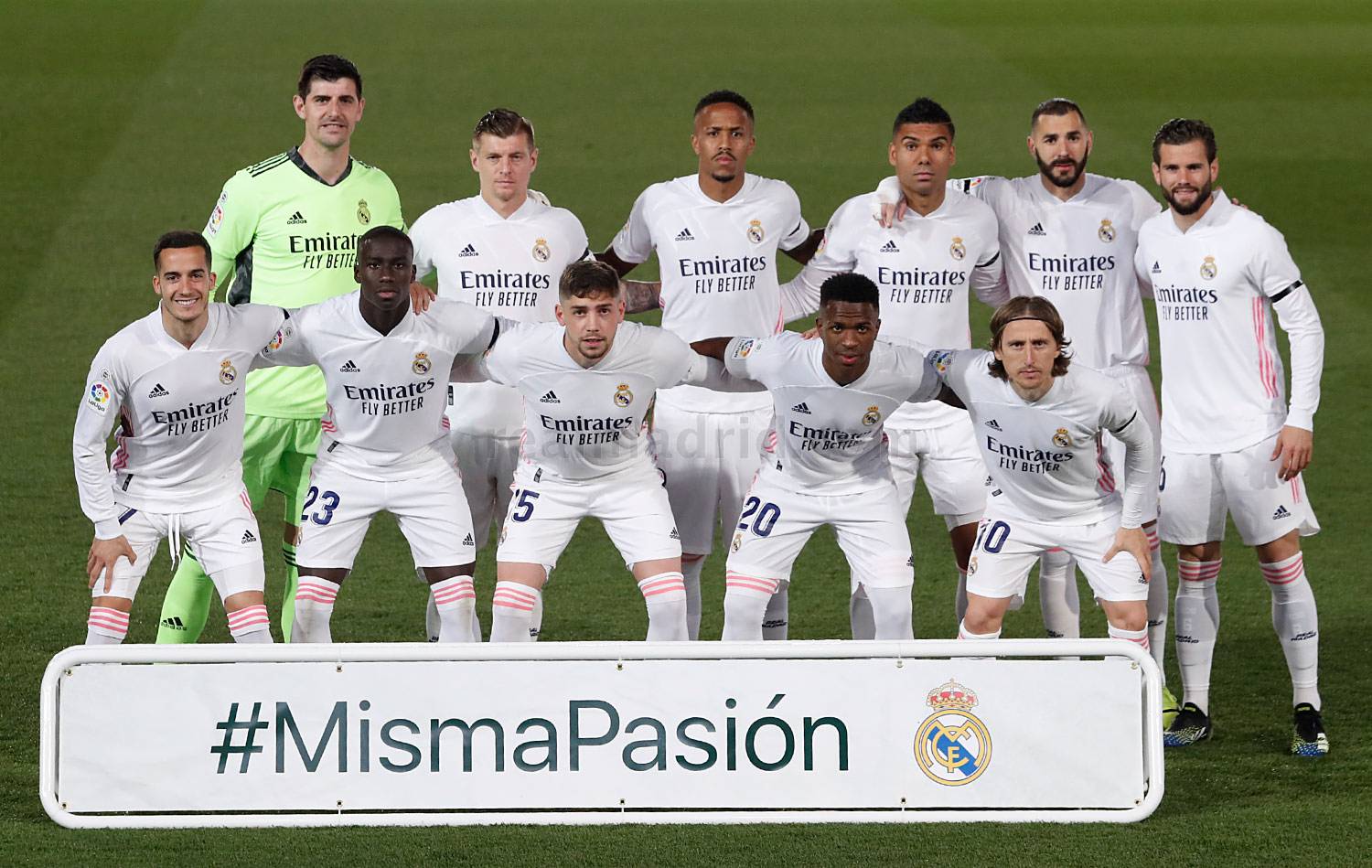 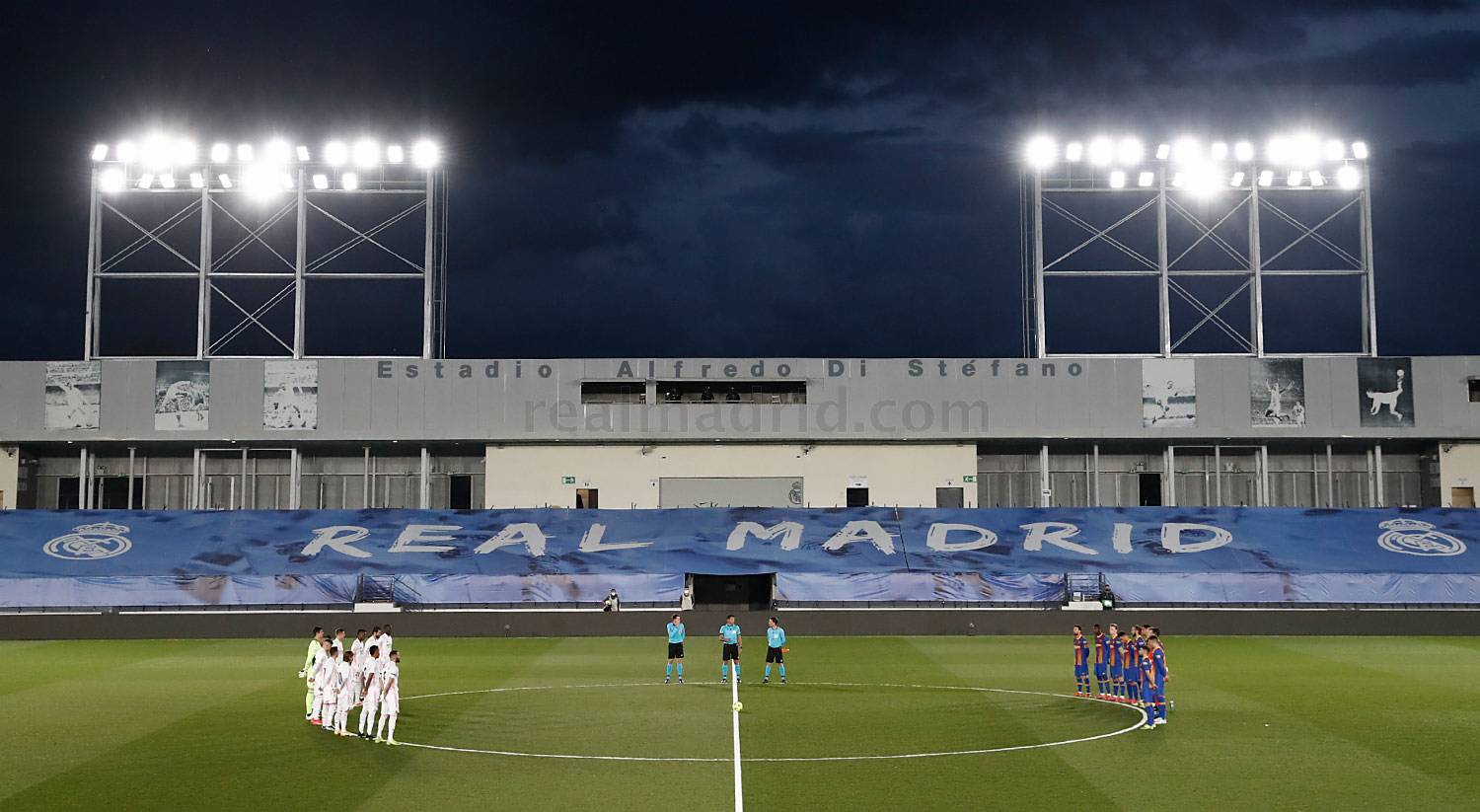 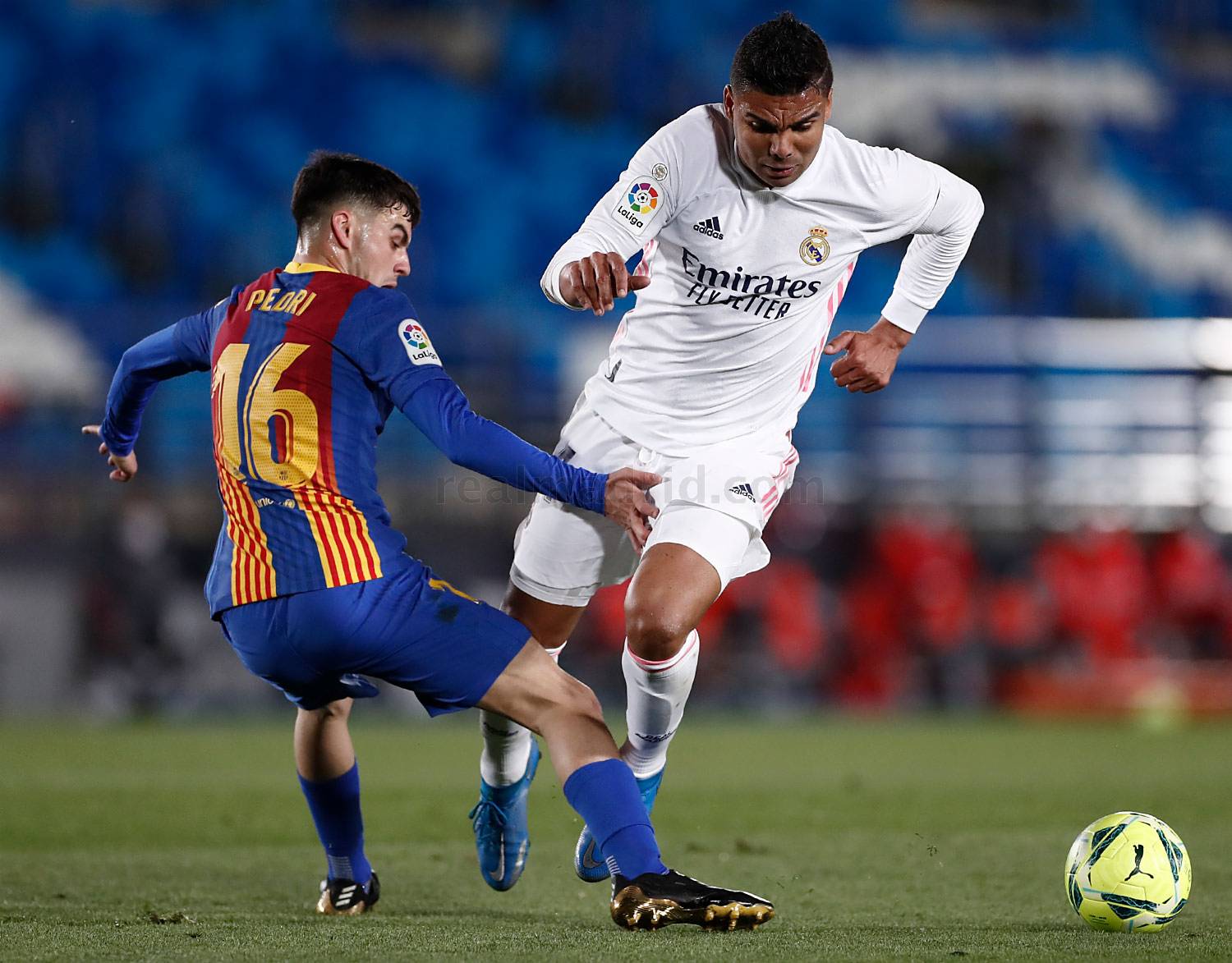 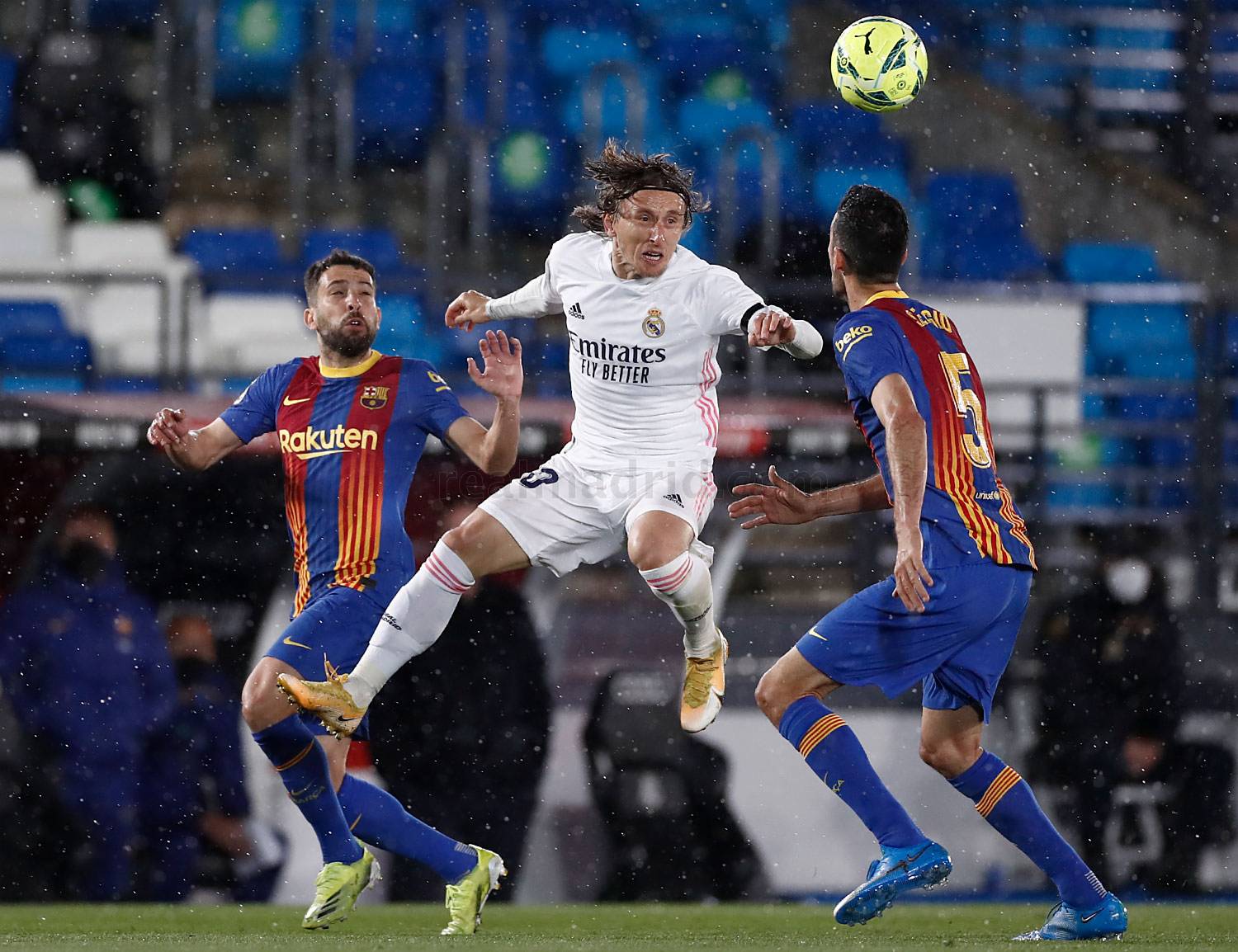 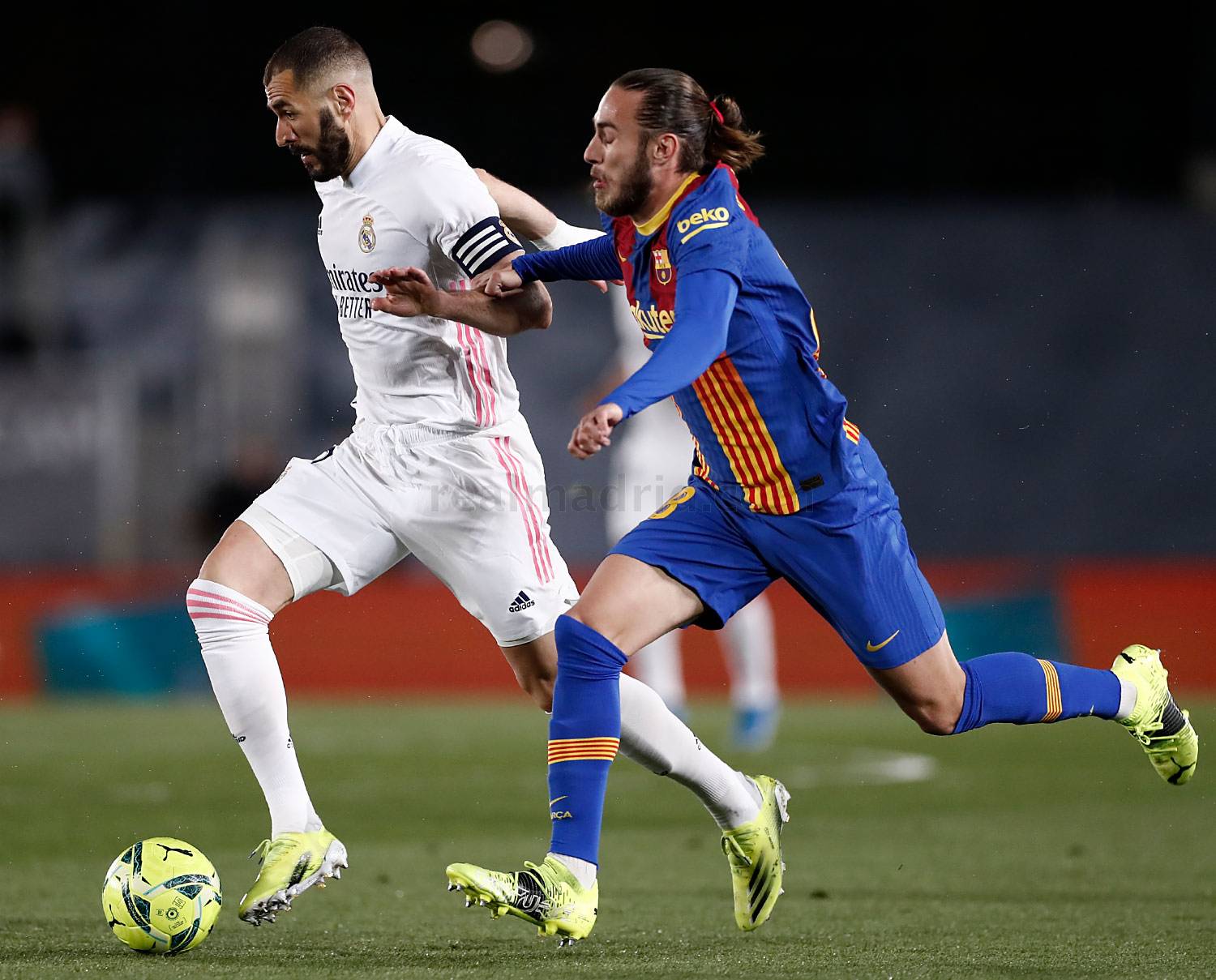 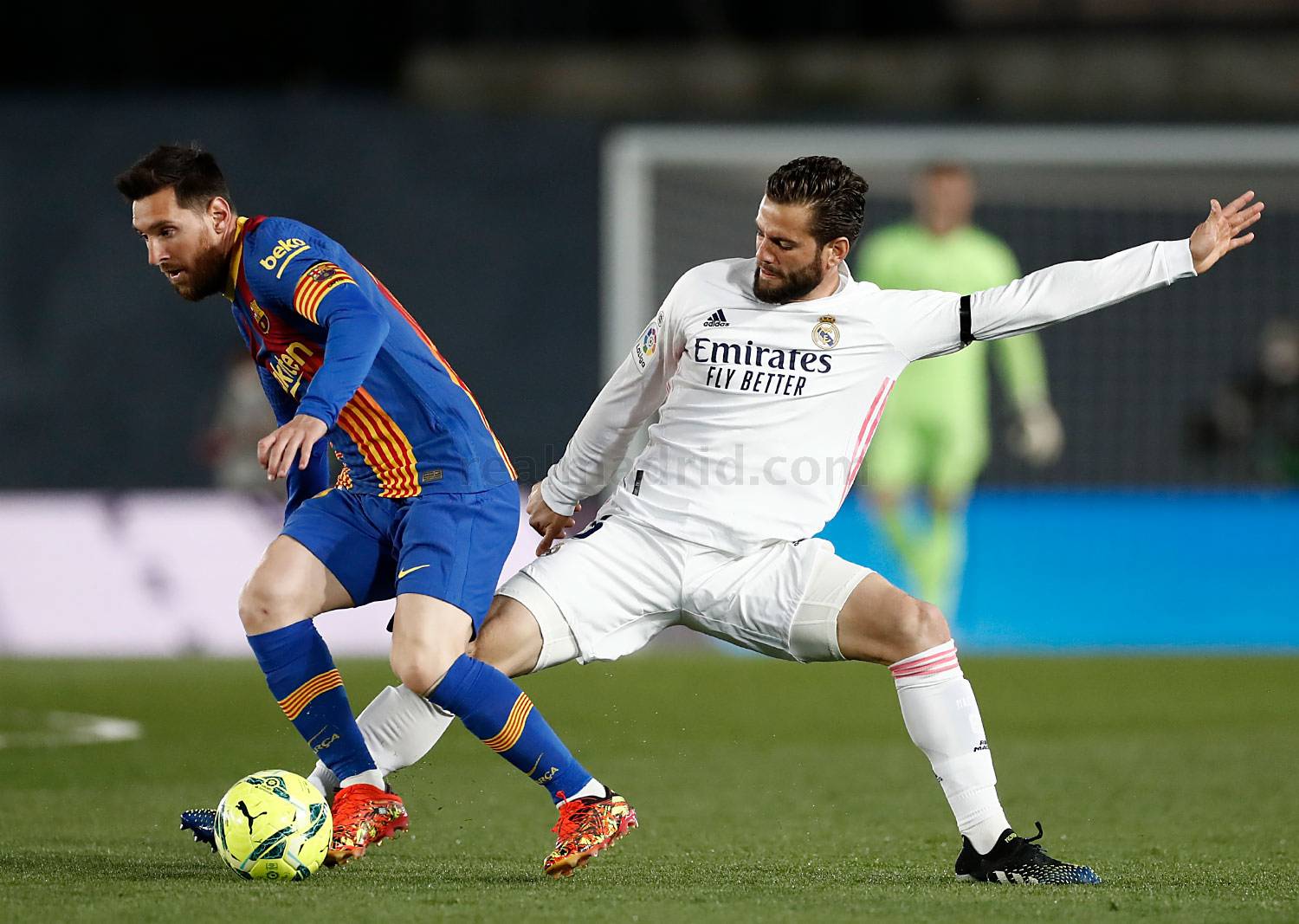 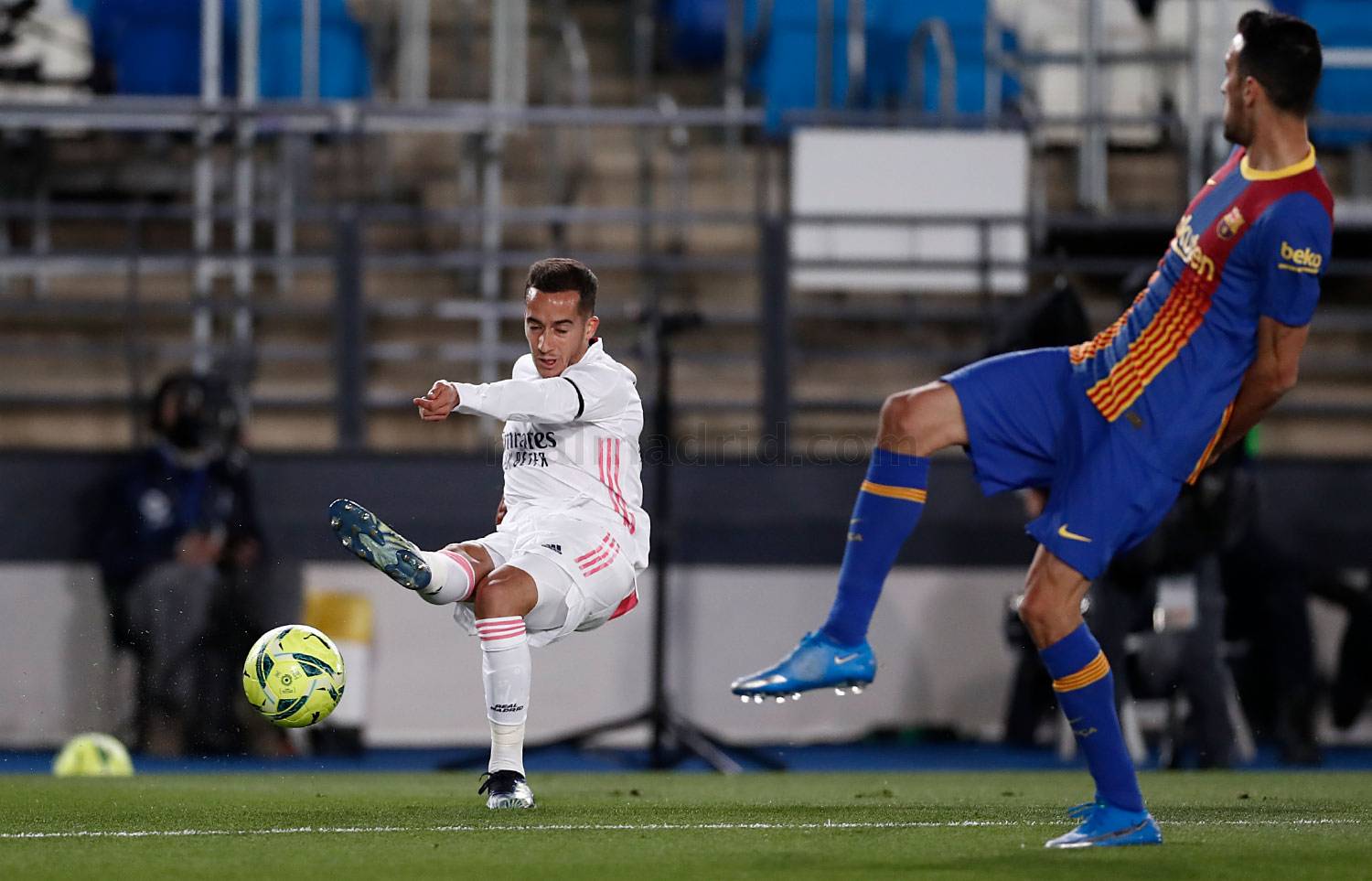 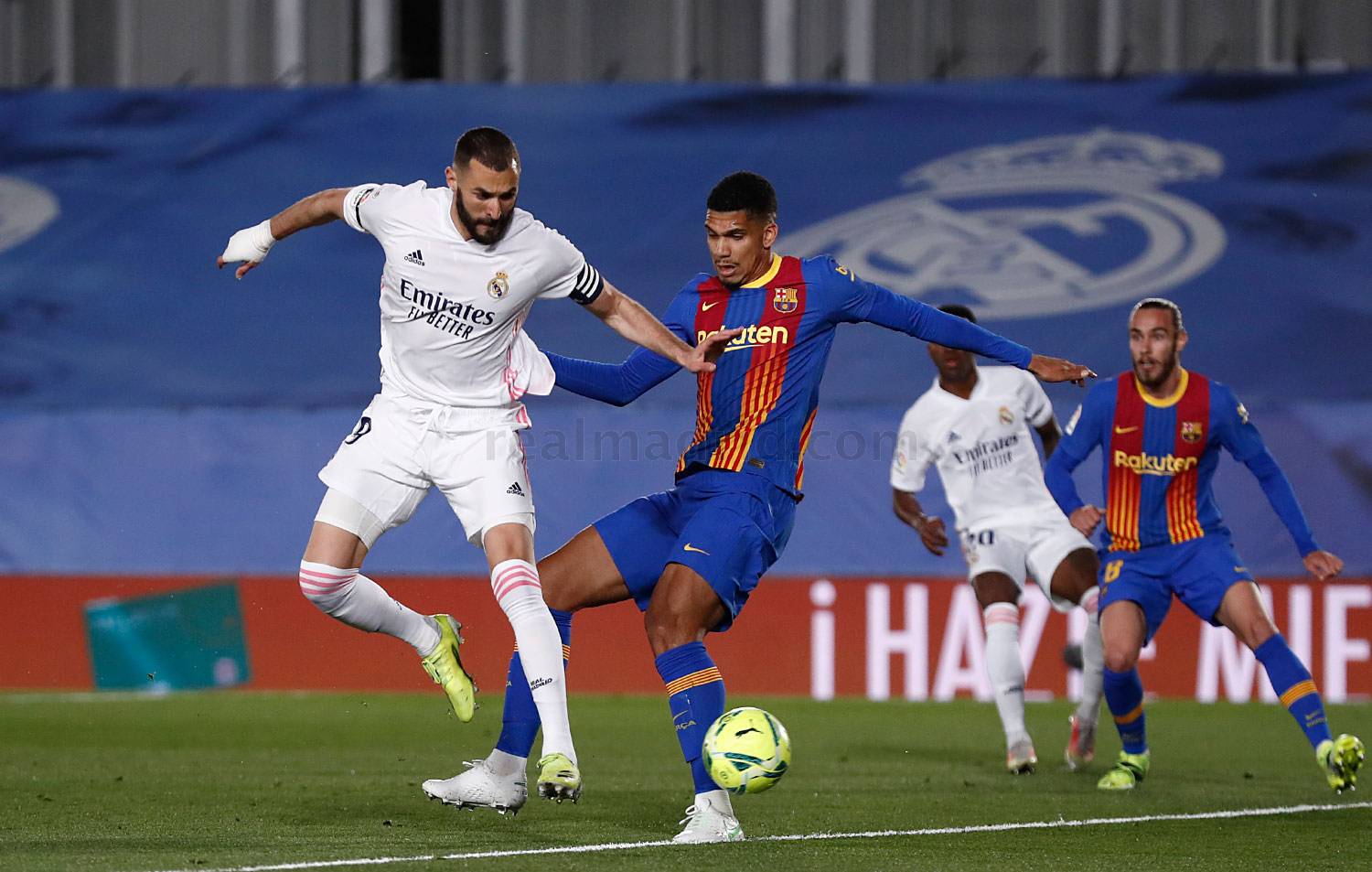 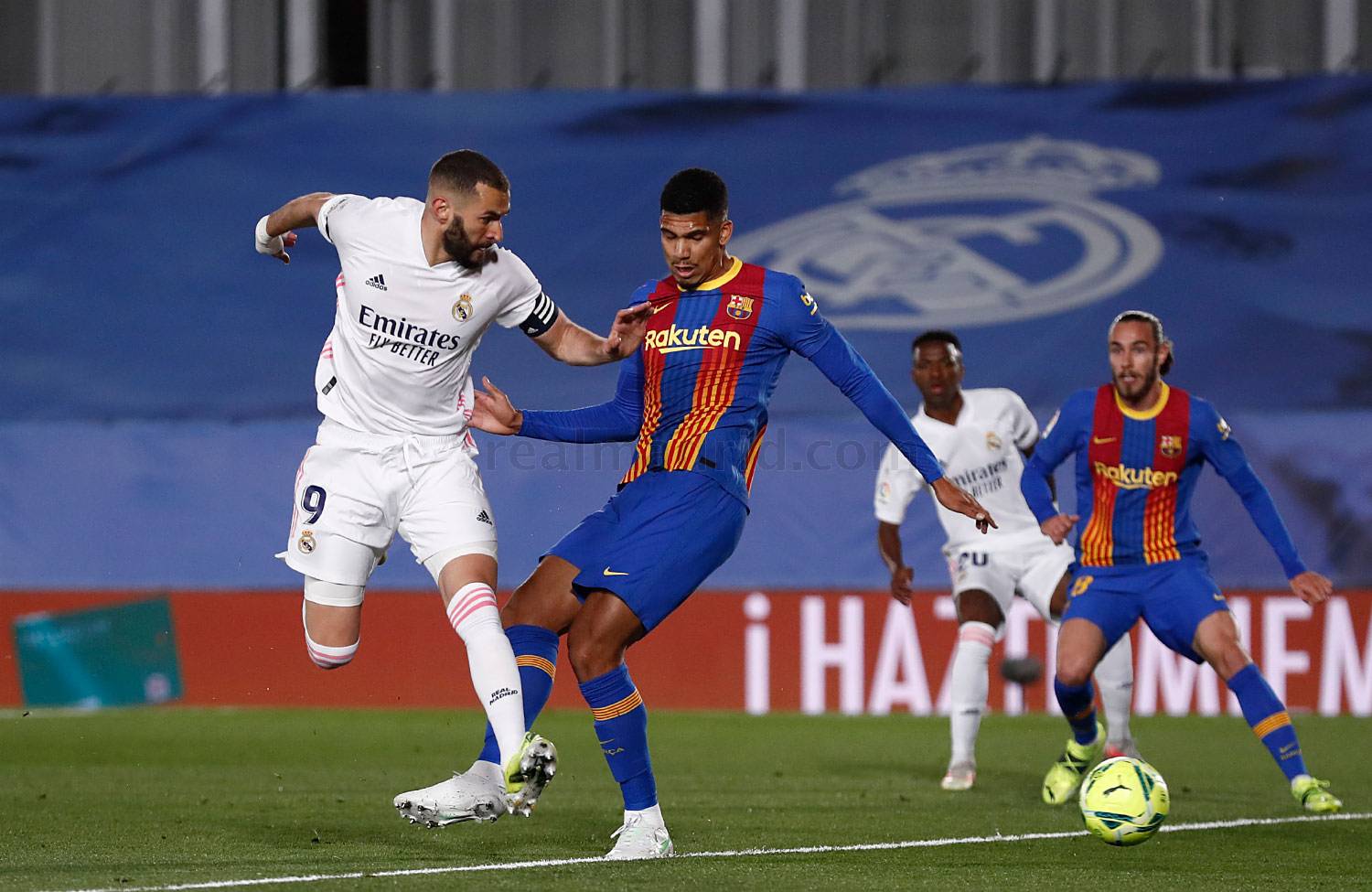 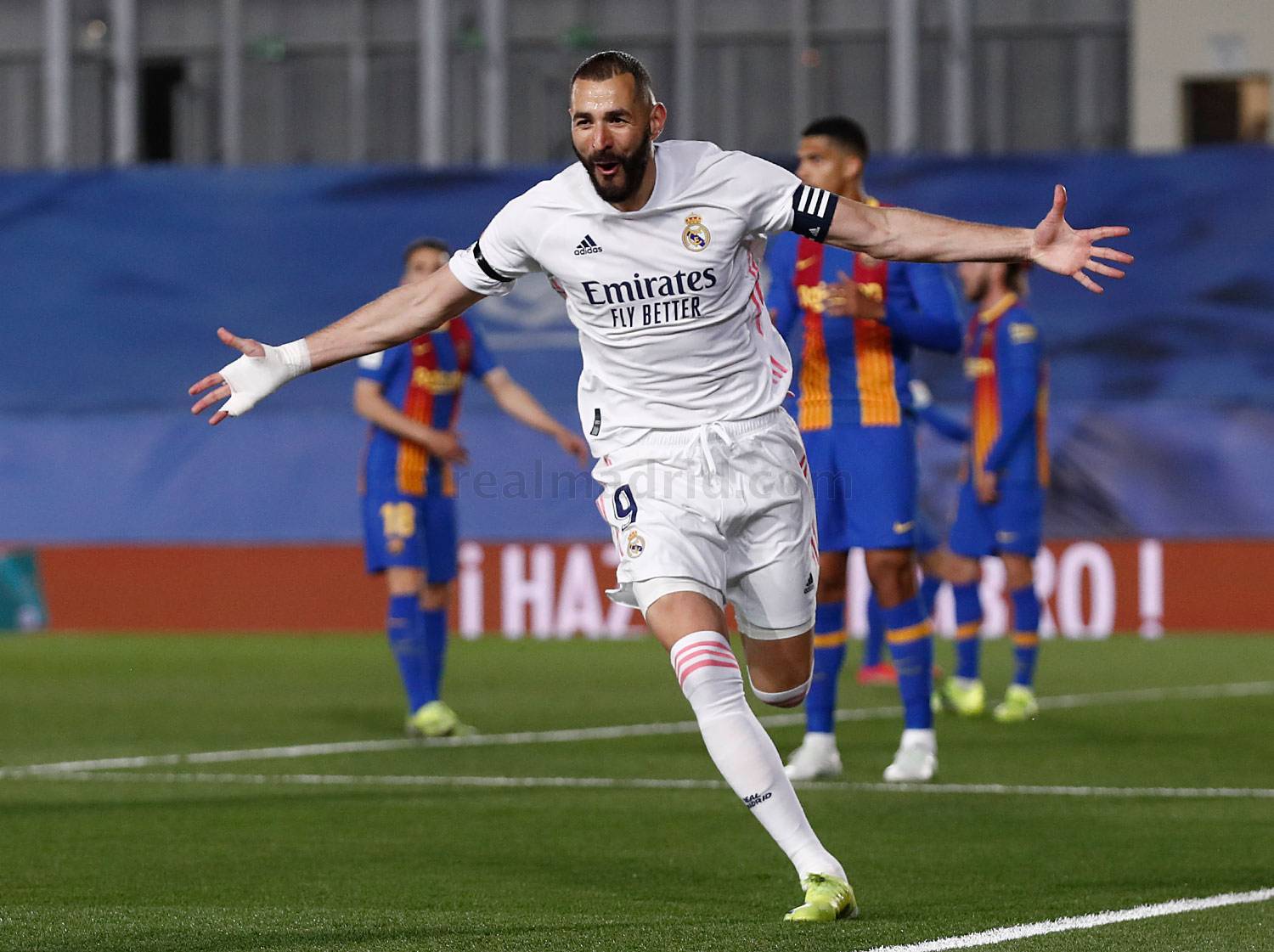 Following victory over Barcelona, Real Madrid have now won six games in a row (Elche, Atalanta, Celta, Éibar and Liverpool the other opposition) to extend their unbeaten run to 13 matches (11 wins and 2 draws).

Karim Benzema, who moves onto 19 LaLiga goals this season, extended his goalscoring streak in the championship with his strike in the Clásico. He's now found the net in all of his last seven encounters, scoring 9 in total. His other victims were Getafe, Valencia, Elche and Éibar, at home, and Atlético and Celta, away.