The team travel to Atalanta in the Champions League last 16 (Wednesday, 9pm CET).
The Real Madrid squad has now arrived in Bergamo ahead of Wednesday's tie against Atalanta (9pm CET). The Whites' travelling partry, featuring a 19-man squad, set out off from the Adolfo Suárez Madrid-Barajas airport and landed in the Italian city two hours later.

The team then travelled on to the NH Orio Al Serio, where they will stay ahead of the Champions League round-of-16 encounter at the Stadio di Bergamo. 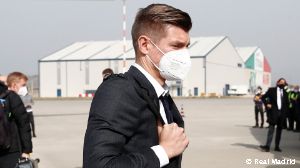 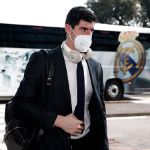