The team faces the Matchday 17 clash some 20 days on from the last league outing (7pm CET).
The Primera Iberdrola action is back for Real Madrid 20 days on from the side's last game in the competition after the matchday 15 and 16 fixtures were both postponed. This evening sees the Whites welcome Santa Teresa in a contest in which the hosts will be bidding to extend their unbeaten start to 2021 (7pm CET).

The madridistas, who have won seven of their last eight games, go in search of a 15th win of the campaign to continue their progress in the league. In the quest to do so, the home side will need to keep up their fine form in front of goal. Real Madrid are the division's second-highest scorers and Asllani is the team's leading goal-getter with nine strikes to her name. The Swedish hotshot features amongst the 18 players named in David Aznar's squad for this contest.

Opposition
Santa Teresa, who have a record of three wins, two draws and nine defeats, come into the game fresh from having picked up a point on home soil against Athletic and will be looking for a repeat performance at Real Madrid City. The Extremadura-based side need to get something from the game if they're to haul themselves out of the relegation zone. 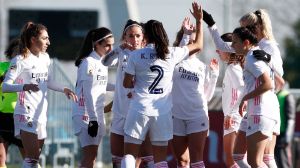