He was goalkeeper for both teams and won five European Cups as a Madrid player.
Javier Berasaluce took the honorary kick-off for the Alavés-Real Madrid match on the occasion of the centenary for the Basque club. He was an Alavés legend, where he played in between the posts from 1951 to 1955. He was also part of one of Real Madrid's golden eras. Berasaluce was a member of the Real Madrid squad between 1955 and 1960 and won 5 European Cups, 2 League titles and 1 Latin Cup. 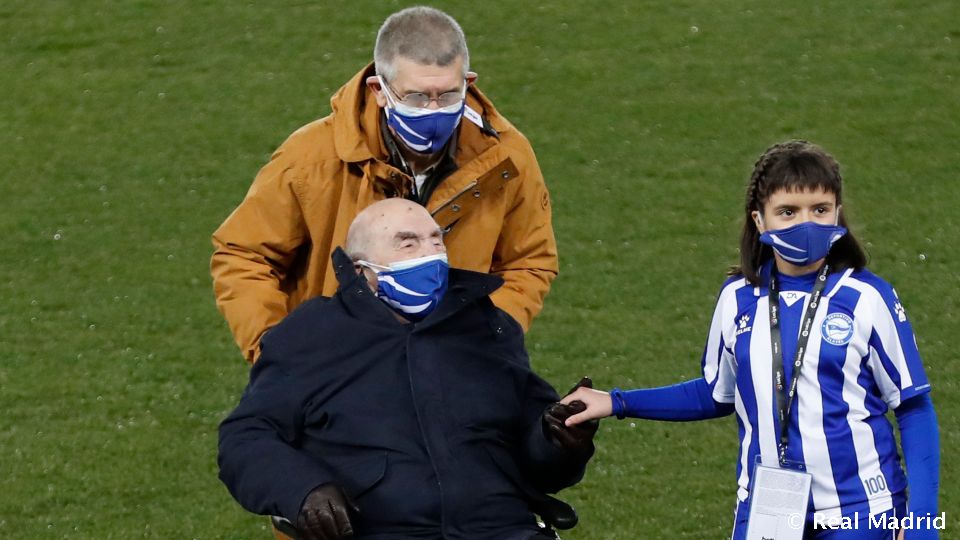