In the 1998/99 season, the Brazilian scored the winning goal at San Mamés (2-3).
This week, in Historic Goals, the star is Savio. The Brazilian winger arrived at Real Madrid in the winter market of the season 1997/98 from Flamengo. A very skillful player, he stood out for his dribbling skills and his speed on the left side of the attack.

Real Madrid travelled to San Mamés in the fourth game of the league season to face Athletic. Savio scored the third Madrid goal, giving them the victory (2-3). After good link-up play in the middle of the field, Raúl played a pass in to space, where the Brazilian appeared, and found himself one-on-one with the keeper befire shooting in to the far corner for the third Whites goal.
Savio played five seasons for Real Madrid, where he played 160 matches and scored 30 goals. In addition, he won 6 titles: 3 European Cups, 1 Intercontinental Cup, 1 League and 1 Spanish Super Cup. 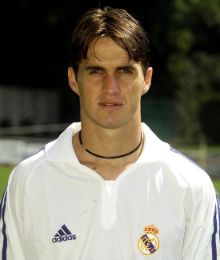