“It is a special tournament and extra motivation”, commented Tavarés
Real Madrid are now in Malaga, where the Copa del Rey 2020 will be held between the 13th and 16th February. The Whites travelled by AVE from Madrid and went to the team hotel. The madridistas are the most successful team in competition history with 27 titles, and will start their tournament run against Bilbao Basket (Thursday, 9:30pm CET). The first training session in Malaga will take place on Thursday at 12:00pm CET at the Martín Carpena.

Tavares and Laprovittola spoke to the press after getting to the team hotel. The Real Madrid center said: “It is a dream and a real motivation to be here at the Copa del Rey. We want to play in it and I would love to win the title. We know we have three huge games to face and we have to give it our all. It's a great tournament and the atmosphere here really adds to that.”

Motivation
“We are doing well and are so motivated. Just mentioning the Copa del Rey gives me extra motivation. We are ready for the challenge. They say that good teams have to show their greatness when it is time and this tournament is that time for us. We are going to give everything we have out on the court.”

“Bilbao Basket are having a good run and it’s been a tremendous season for them. After coming up, they are now playing at a top level. I admire that and I know they will make things tough for us.

“We have players with real character, who played well in crucial moments and won things. The key thing is to stay focused. This is a great tournament but it can be dangerous. The experience we have, and knowing how to set out in such games in short tournaments, is vital for any team and we need to take advantage of that.”

Candidate
“I've always wanted to be in the running for a title and lift the Copa itself, and at Real Madrid we have that chance in front of us. The team is doing well. If we keep our heads, we can dictate the game and move the ball around. We can be a tough team to beat. We have to dominate as much of the game as we can to be able to dominate Bilbao Basket”. 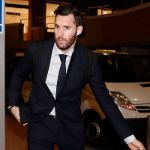